We had the good fortune of connecting with Shabrayia Cleaver and we’ve shared our conversation below.

Hi Shabrayia, why did you decide to pursue a creative path?

Graduating high school, I had a really hard time deciding what career I wanted to pursue. I mean it changed with the slightest breeze; a dancer, a therapist, a teacher!? (Because all I thought I was really good at was school). I landed more seriously on photography. “I’m going to be a photographer for National Geographic,” I would say. I took classes, bought all the expensive equipment, but two years in I realized although I was passionate about it, I really wasn’t that good at it, and it was more just a hobby for me. I would tell myself, ”clearly I’m not creative.” In college, I was babysitting for a man who worked at Sony Pictures and working as projectionist at a movie theatre and that’s when it dawned on me. I love movies! Maybe I could go into filmmaking. Even then I tried to pick out, what I thought, would be the least creative job, ah yes production.

I set out on the path to being a line producer. Give me your creative vision and I’ll execute. It took me so long to identify myself as a creative. To acknowledge that I’m not just a facilitator. I also have a vision, and thoughts, and opinions that matter. Becoming a creative contributor is my way of unapologetically taking up space in this industry as a Black Woman. 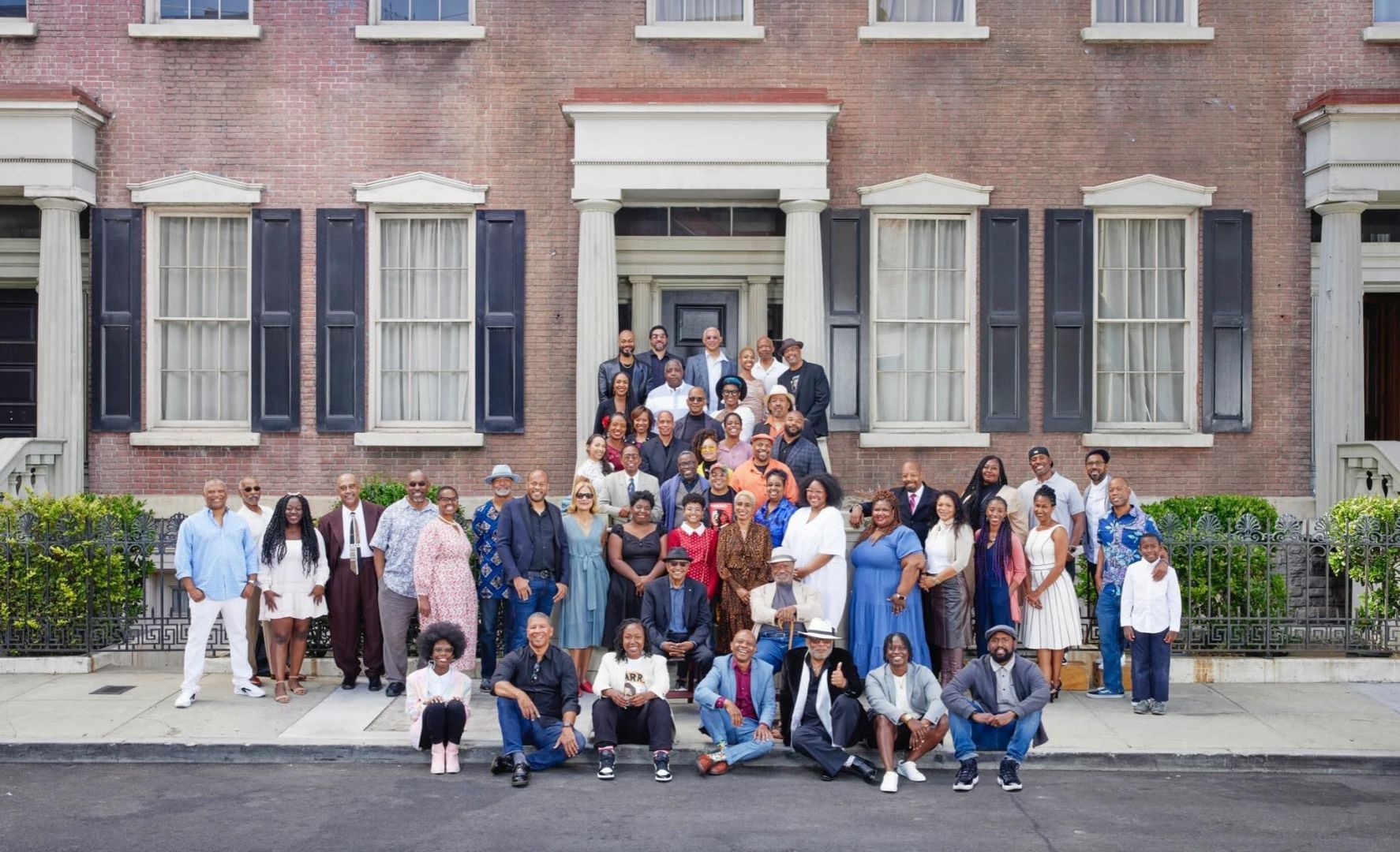 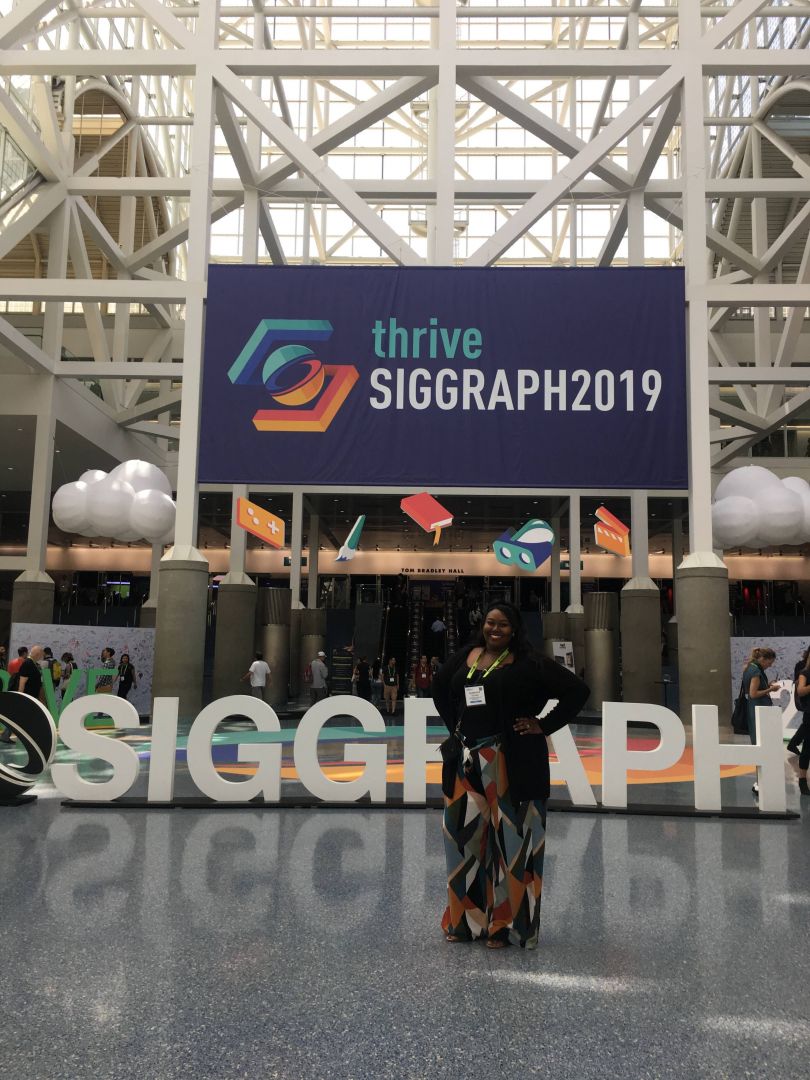 It all started at a Cal State. I didn’t go to some fancy expensive film school. I majored in Radio-TV-Film, but please don’t ask me anything about radio. I inundated my schedule with film studies, production classes, working as a PA on Fox’s So You Think You Can Dance, AND all the while also working at Disneyland. As I approached graduation, I needed to solidify an internship for my senior year. It just so happens DreamWorks Animation had an opening for interns. Now, I grew up LOVING DreamWorks movies. I mean everyone did, the chokehold that Shrek has on EVERY generation is wild. But I had no clue what it meant to work in the animation industry. Ummm, I can’t draw. Like not even stick figures. What the hell am I going to do at an animation studio?

For some reason, I applied, and even more surprising, I landed an interview. I remember going into it thinking I was going to be humiliated because they were gonna ask me to draw on the spot. To my disbelief, they did not and instead I was met with a panel of production people who also couldn’t draw but were a crucial part of making these animated films.

There began my journey into animation as a production intern on How to Train Your Dragon 2. Working in animation was nothing like I’d ever experienced. It was so welcoming, so collaborative, so creative, so vibrant. Oh and I didn’t have to be on a set for 16 hours a day? I thought, “I am literally never leaving.” 8 years later, I’m still here.

Shortly after graduation, I started as a production assistant on the movie Home and from there I worked on various films such as Kung Fu Panda 3, Trolls, The Boss Baby, Abominable, catapulting up the ladder from production coordinator, production supervisor, production manager – where I was the studio’s youngest and first Black feature production manager, and to now associate production executive / producer, the first and only in this role as well.

What a huge accomplishment this was for me, being the first anything, and while I’m still incredibly appreciative, I’ve also now seen this as a responsibility to shatter the glass ceiling and make room for more Black women in leadership roles in the industry.

Which is why mentorship has been such a crucial part of my journey. I would not be in this spot today had I not had leadership and mentors who saw what I was capable of well before I could see it. Hence why I have made being a mentor a huge priority in my journey. I’ve mentored with organizations like Women in Animation, Rise Up Animation, and #Startwith8 and I hope to establish my own mentorship program specifically for Black women in animation. Nothing brings me greater joy than seeing someone early in their career finally get an opportunity to get their foot in the door and I want to be that bridge. Any time the studio is looking to fill an early careers role I whip out my virtual Rolodex and say “Here are 5 Black women that you need to meet.”

While being a mentor and focusing on producing is nothing new to me, stepping into considering myself a creative is something rather recent for me. A couple years ago, a man in Hollywood made a comment saying we have told all the stories to be told. Since reading that, my existence in this industry has been to prove that that is wildly untrue. There are so many stories untapped. So many perspectives we have not heard. Pass the mic homie and I promise you’ll be amazed by the countless stories yet to be told.

This is why I keep pushing to the top. I’m really excited to help tell stories that haven’t been heard. I’m excited to look around and not be the only one in the room. I’m excited to be the mentor or sponsor I had to someone else. I’m excited to be intentional about representation at all levels, on and off the screen. I’m excited to be a part of this next generation of filmmakers who are dismantling the ‘normal’ and I hope that this inspires others to do the same. 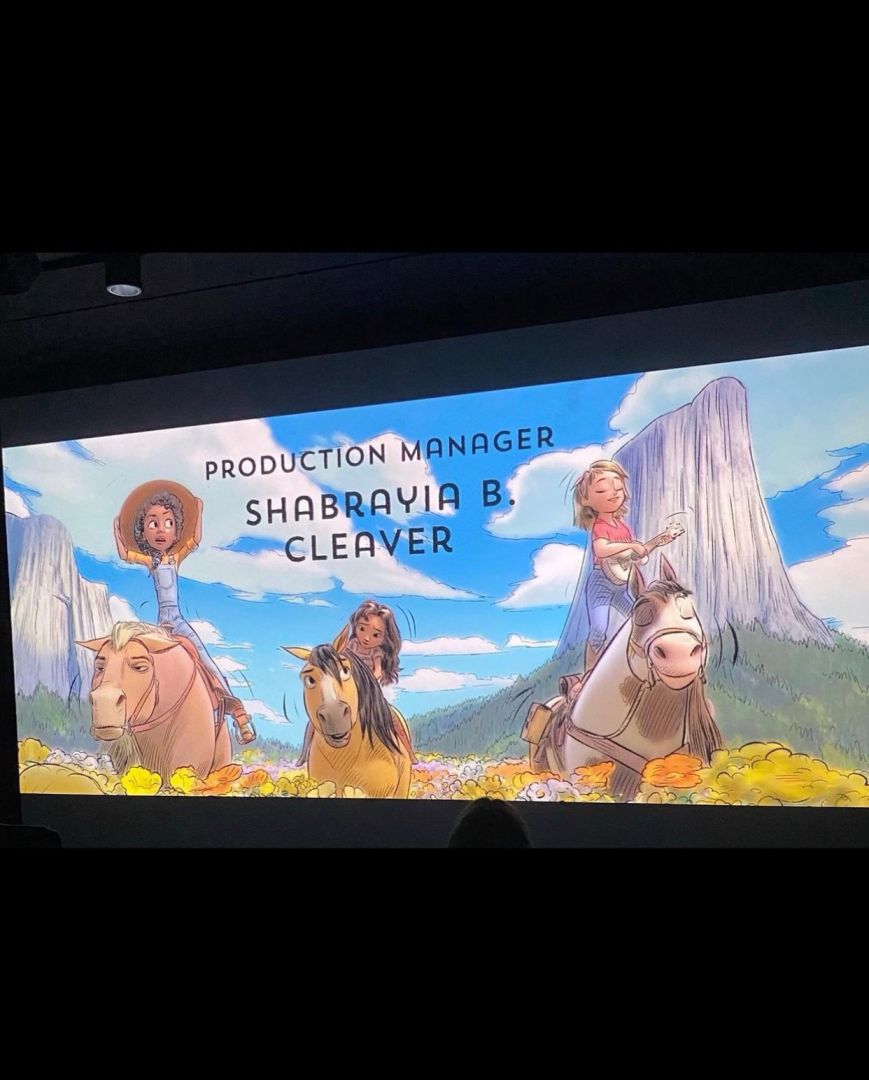 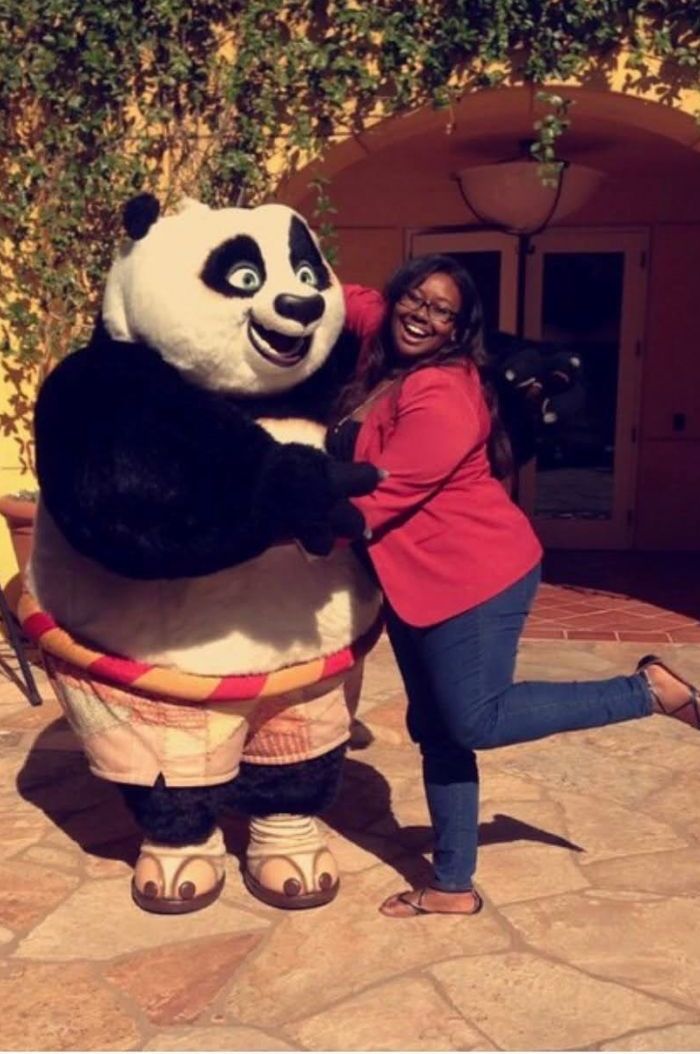 Let’s say your best friend was visiting the area and you wanted to show them the best time ever. Where would you take them? Give us a little itinerary – say it was a week long trip, where would you eat, drink, visit, hang out, etc.
Day 1 – Would be chill, I mean she just got in through LAX and it was a NIGHTMARE. So we’ll head to my home in the valley to chill and watch a movie, but first we’re going to stop by Villanueva’s Mexican Grill in Chatsworth to pick up an order of carne asada fries and 2 Mexican cokes.

Day 2 – We’ll grab some taquitos from the famous Cielito Lindo and take a stroll down the historic Olvera Street checking out the different shops, restaurants, and the museum of social justice. If we’re not too tired, we’ll check out what exhibits are at the Academy Museum for a little more arts and culture, but the main event is the frose at Ray’s and Stark bar.

Day 3 – What’s playing at the Pantages? Ideally it’s Hamilton’s run for the 40th time but whatever it is, we’re going because I have season tickets. We’ll have dinner at Wood and Vine, do some people watching on Hollywood Blvd, and head to the show.

Day 4 – Off to Pasadena to check out a movie at IPIC. I am forever changed, I can never go to a movie theatre that doesn’t serve me food and cocktails right to my seat again. Then we’ll walk into West Elm down the street and dream about purchasing a $1,000 lamp.

Day 5 – It’s a day at the Hollywood Bowl next. We’ll go to the Trader Joe’s in Chatsworth. I think they are the only Trader Joe’s that doesn’t have terrible parking. We’ll stock up on chips, snacks, fruit, charcuterie, and champagne. Load up the cooler and head to the Hollywood Bowl. I love to get there early and picnic!

Day 6 – On the last day, we’ll head to Inglewood to one of my favorite coffee shops, Hilltop Coffee + Kitchen. I’m ordering for her because I need her to try the Matcha-Chata latte and the Banging Breakfast burrito. We’ll do some shopping on Market street before I drop her off at the airport. 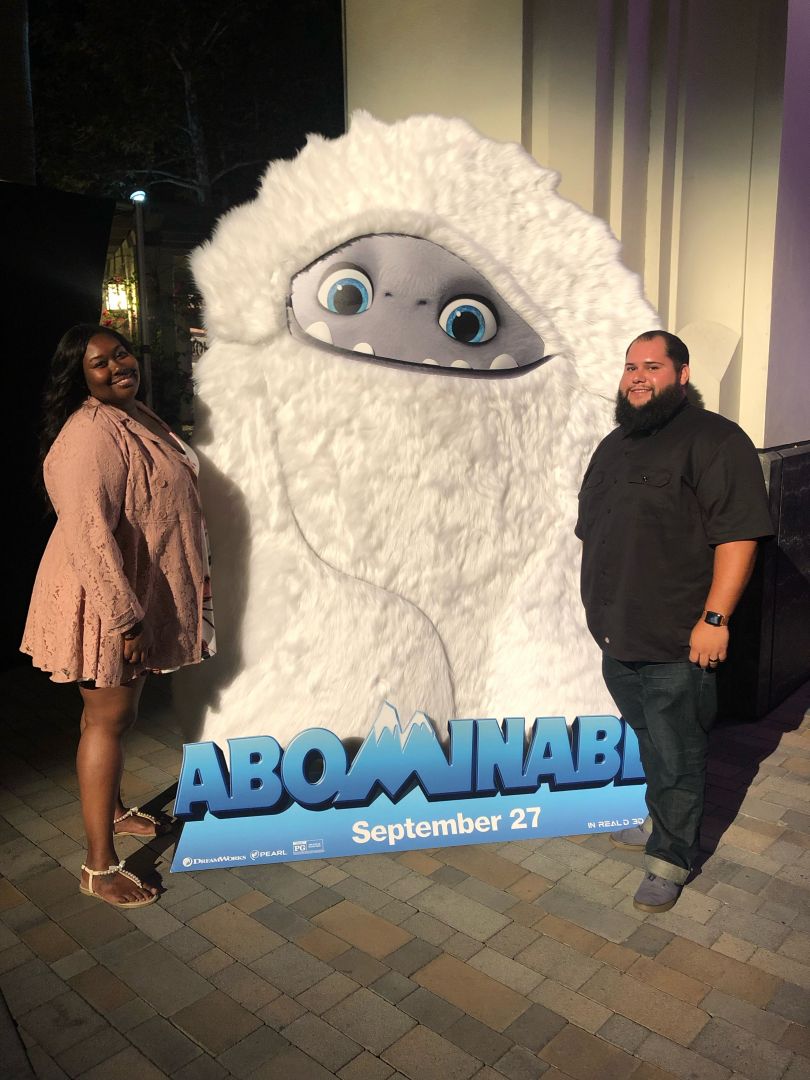 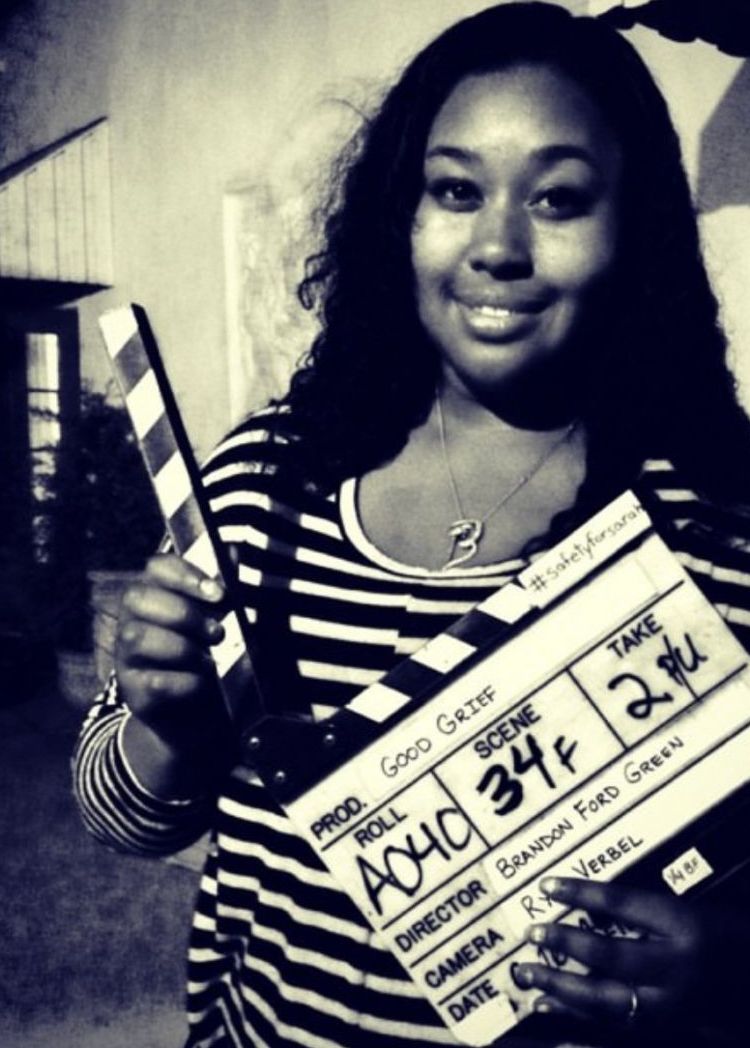 Shoutout is all about shouting out others who you feel deserve additional recognition and exposure. Who would you like to shoutout?
My Grandma was a business owner and my Mom is an aircraft engineer. Seeing them fearlessly step into very male dominated fields inspired me to do whatever the hell I wanted to. They have been so supportive throughout my entire journey, and that is why everything I do is dedicated to them. 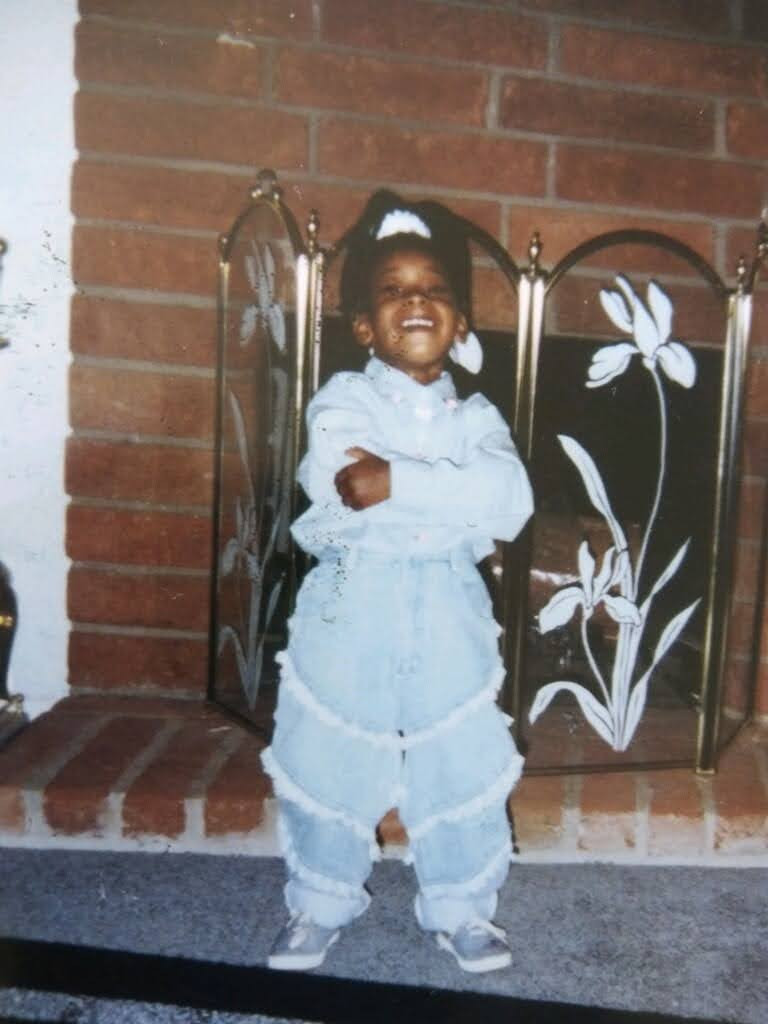 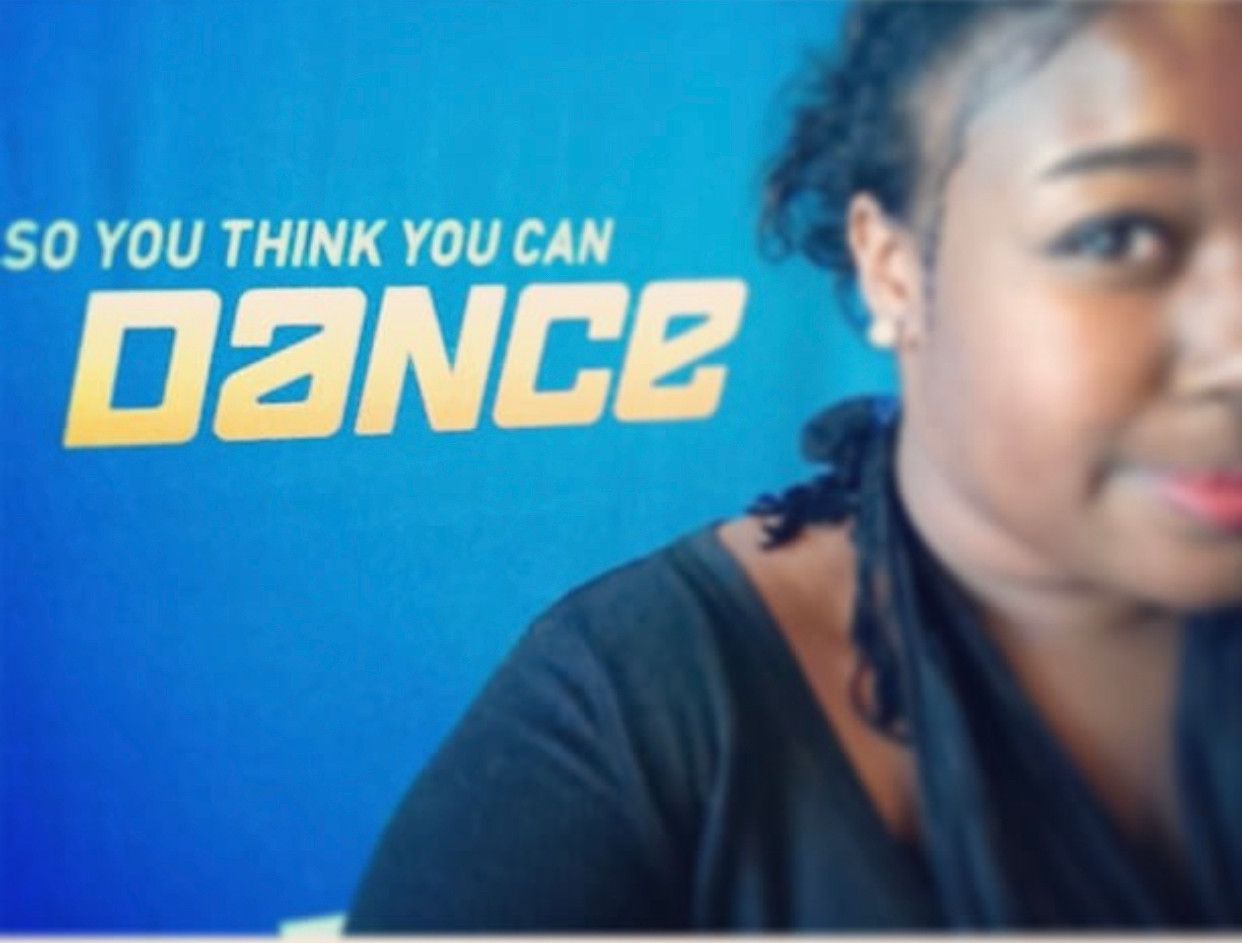