We had the good fortune of connecting with Simone Attenni and we’ve shared our conversation below.

Hi Simone, can you tell us more about your background and the role it’s played in shaping who you are today?
My journey to becoming an actor has been a journey back to myself, to my core.

I think of my life like an onion. At my core, my root, I am a performer. As I imagine it is for many people, as I grew up and traversed life, I built up layers around my deepest self – like the layers of an onion.

I could never really veer too far away from my core. Both of my parents are artists in their own way. My father was always taking me to concerts, plays and movies and my mom is a brilliant painter and chef. I also grew up in Rome, so I was constantly surrounded by amazing art in all its forms.

I started playing guitar at a young age, acting in high school, and practicing traditional Kung Fu. But as a curious person and being the only child of two flight attendants, traveling around the world from the age of six months old, I was often distracted by all the world had to offer.

I also received mixed messaging growing up. While it was abundantly clear to me that my parents’ creative natures were what gave their lives meaning, what they modeled and what they said were two very different things. They supported and encouraged my involvement in the arts, but essentially forced me to get a degree in engineering management. I was good at math and so completing the degree wasn’t difficult except for the fact that my heart was not in it.

By my mid-20’s, I quit my engineering path, and I decided that I wanted to work as a musician, which I thought was an independent decision at the time, but was heavily influenced by my father’s approval and his personal love of music. It was safe, but a risk nonetheless. It meant leaving a stable income and possibly losing the approval of my parents.

Shortly thereafter I found Buddhism and openly practicing meant risking the love of my Roman Catholic family, but I needed to peel back that layer of conditioning that was rotting on the surface.

The next layer to go was remaining in Italy. I moved to Los Angeles with no place to live and no job. I risked losing the girl I was with (which I eventually did) and again, the love and approval of my parents. But the serendipitous events that followed still amaze me to this day. I found a place to live and eventually got accepted into one of the best music programs in the country at USC.

Despite having no experience in Jazz music, being a Rock N’ Roll guy, I took the risk and accepted the seat in the program. But not long after graduation, I had to also peel off that layer, coming to terms with the fact that it was not who I am.

I got married to an American – huge risk being the child of divorced parents.

I taught guitar and worked as a “gun for hire” for a few different bands, but continued to feel that at my core, I wasn’t doing what I wanted.

I was lost for a little while, feeling vulnerable and sick of the hustle and grind of trying to make it as a musician in L.A. I decided to take some time off. Something that is career suicide in this world of constant content we live in. This happened to coincide with the COVID-19 pandemic.

I connected with what I really am at my core – a performer and someone who needs to feel both connected to others and have the space to be constantly going deeper.

This desire led me to revisit acting. My need for constant stimulation and the opportunity to continually dive deeper and deeper into a character was finally fulfilled.

I’m not sure what happened but two very important shifts occurred. I simultaneously decided that I had to peel off all of the surface layers that were keeping me from going after my calling and dedicate my life to my craft. I had to get serious. I had to grow up.

I began taking classes with Lacy Fisher at The Imagined Life studio. I committed to doing the work every single day. Seven months later, I landed my first role in a short film.

I finally feel like I’m living according to my truth. I don’t feel pressured. I stopped considering everyone else’s paths. I recognize my own and I”m dedicated to living it out, seeing with through, with no timeline. 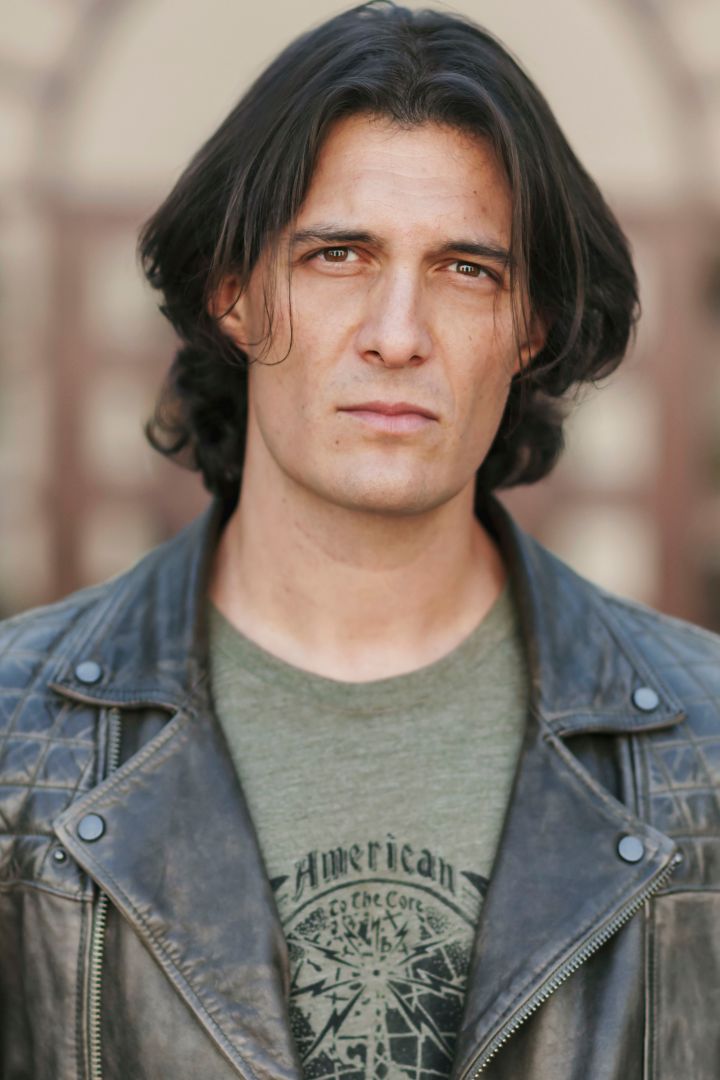 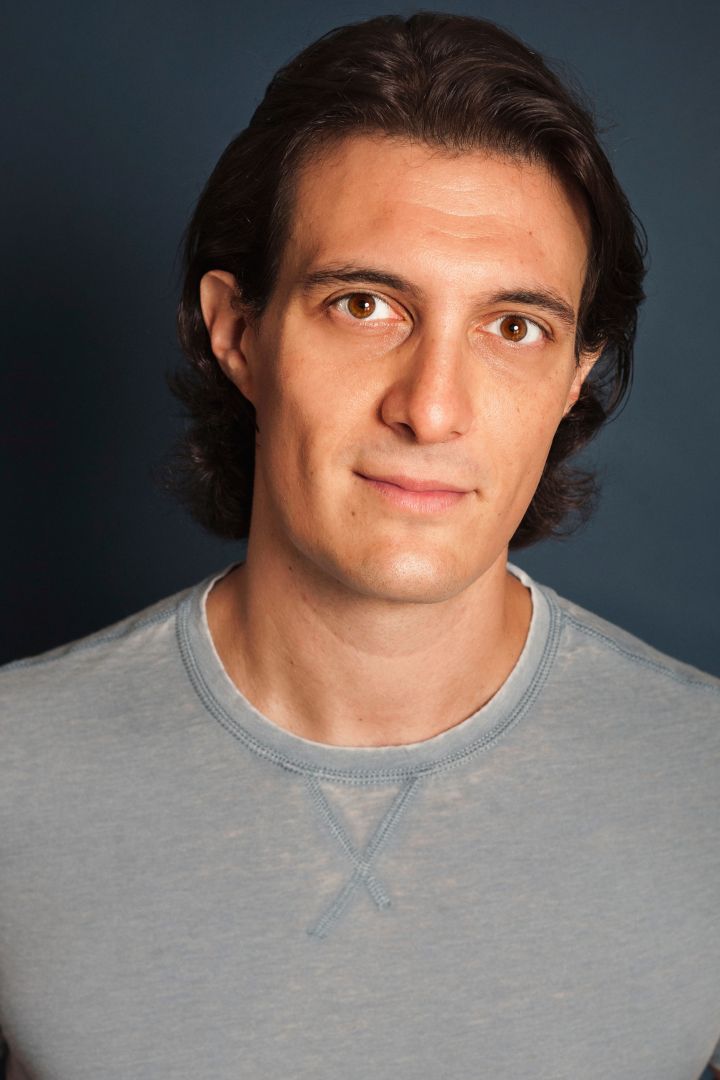 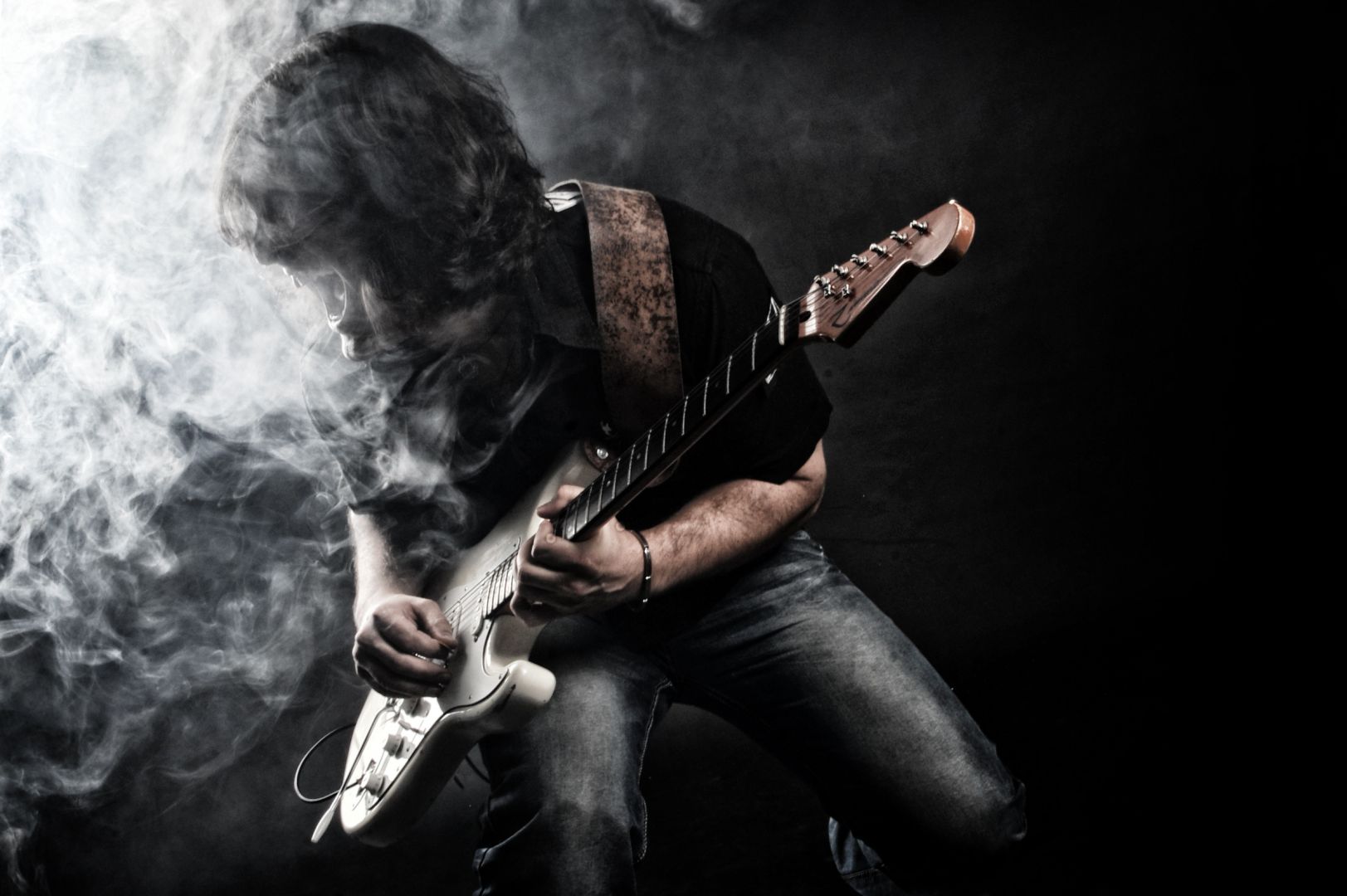 Can you open up a bit about your work and career? What are the lessons you’ve learned along the way. What do you want the world to know about you or your brand and story?
One thing I learned in all these years is that if I CAN do something, it doesn’t mean that I SHOULD do it! I’ve learned that I should trust my inner voice and pay attention to what is really meaningful to me.

Let’s say your best friend was visiting the area and you wanted to show them the best time ever. Where would you take them? Give us a little itinerary – say it was a week long trip, where would you eat, drink, visit, hang out, etc.
Los Angeles has so many hidden gems! I would take them to Gourmet Romano in Burbank to eat a delicious “pinsa”, a kind of pizza that is typical of Rome. Right after, I would take them to Pasta Sisters in Culver City to taste the best tiramisù that L.A. has to offer. There are also two speak-easy bars that I love in Hollywood for live music. On Monday nights, one of them, Dirty Laundry, has a Super Soul jam session. On Fridays, I would take him to the other one, No Vacancy. 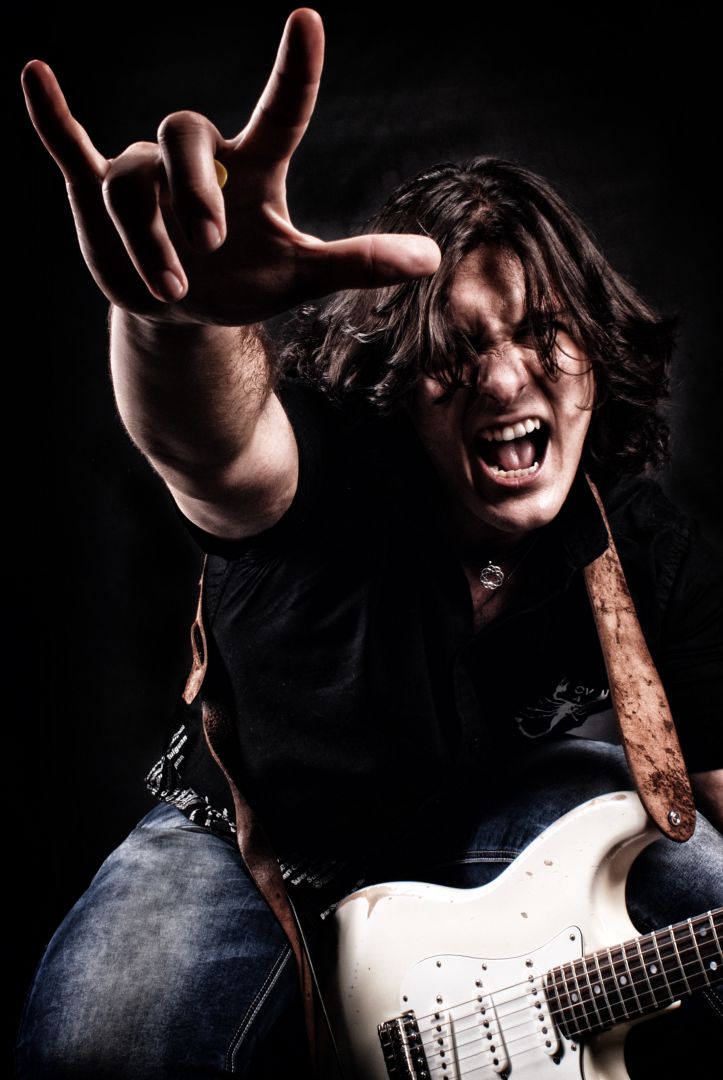 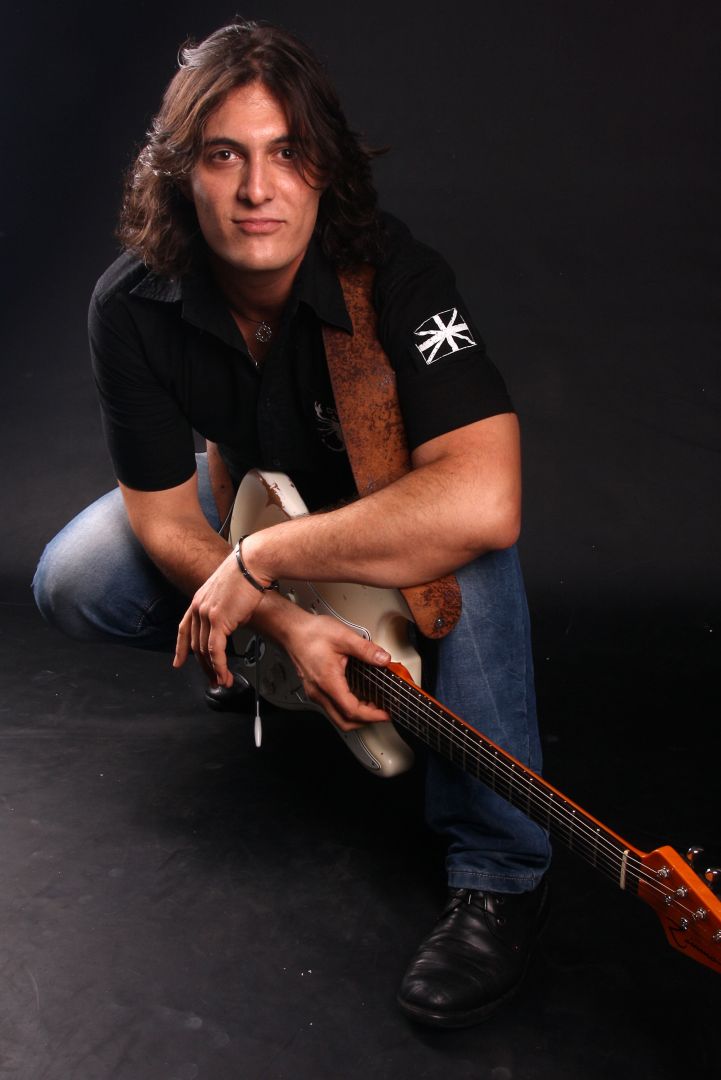 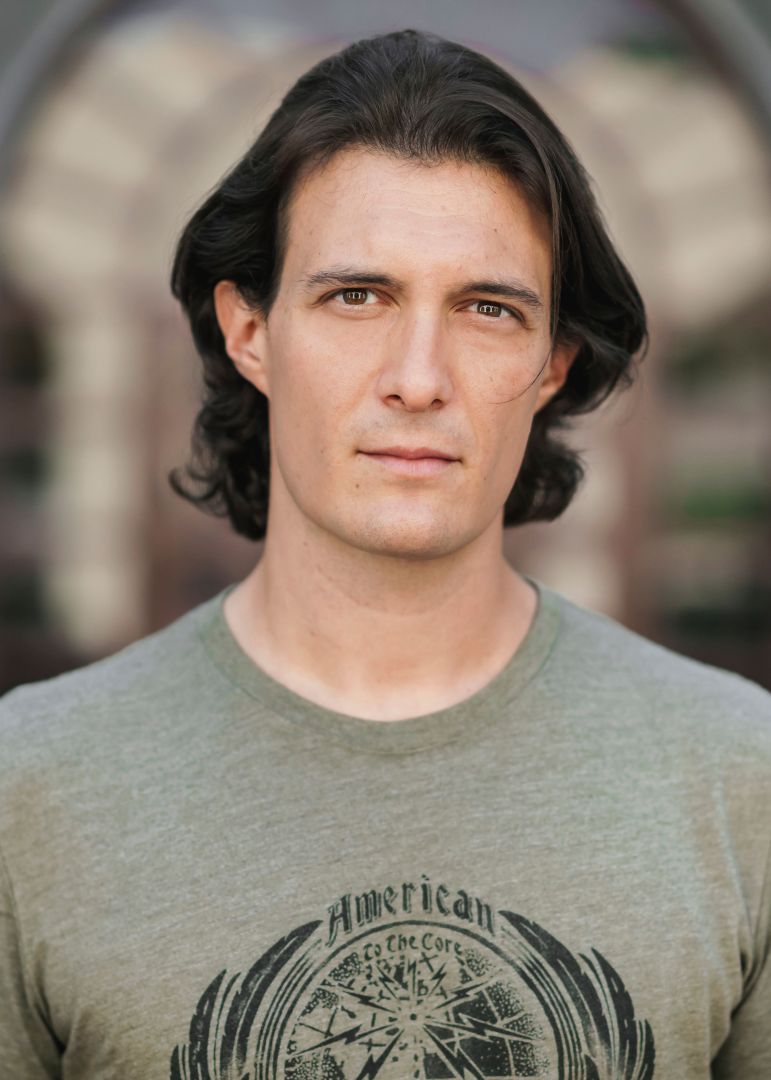 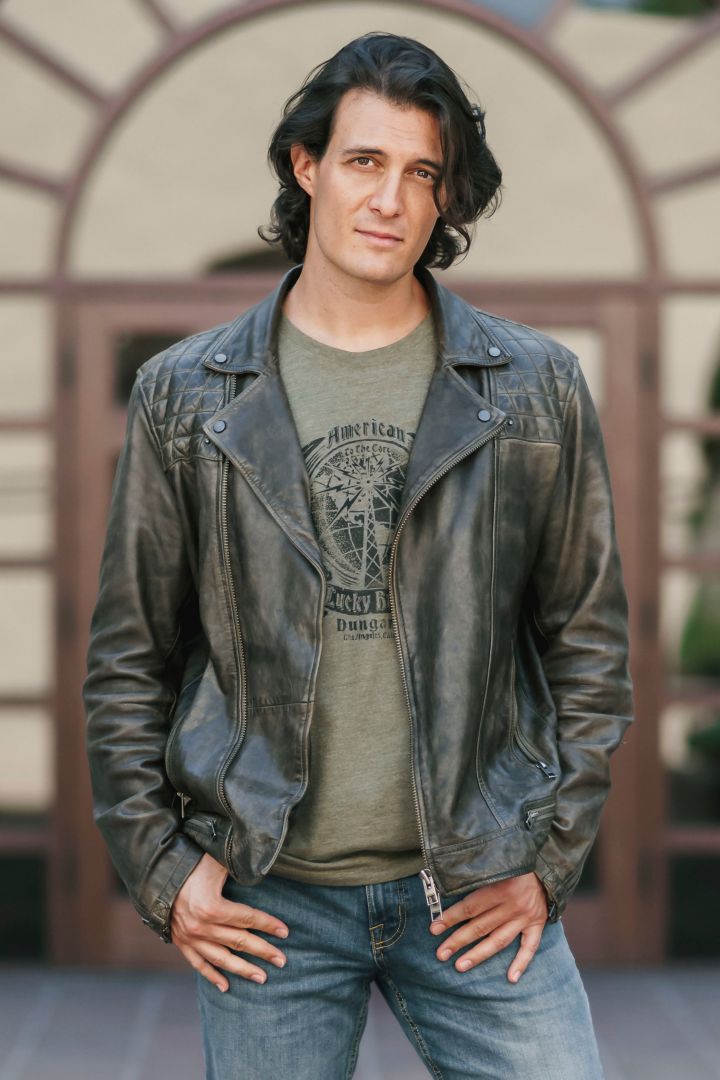 Shoutout is all about shouting out others who you feel deserve additional recognition and exposure. Who would you like to shoutout?
First of all, I want to thank my parents for supporting me all these years. Then my wife, who encouraged me not to give up on my dreams and loves me unconditionally. A special thanks to my mentor Diana Castle and my teacher, Lacy Fisher at “The Imagined Life” who helped me to connect with my mission as an actor