We had the good fortune of connecting with Stefanie Yunger and we’ve shared our conversation below.

Hi Stefanie, what habits do you feel play an important role in your life?
Surrounding myself with people who are both creative and go-getters. And when I say “go-getters”, I mean people who actualize their dreams. Having a dream is the first step, but turning it into action is harder. Especially when you are starting from scratch. So I like to be around people who inspire me on the daily basis. My friends are pretty incredible like that. We all lean on each other to not only have the big goals, but to keep each other accountable for the small, daily ones like waking up early, time management, creative ideas, swapping skill sets, staying active. So, basically what I’m saying is that my friends inspire me and they really help me in everything I do. Oh, and we help keep each other sane too. Which sounds funny but we keep each other’s mental health in line and prioritize that. Cue the “awwwwwwws”. 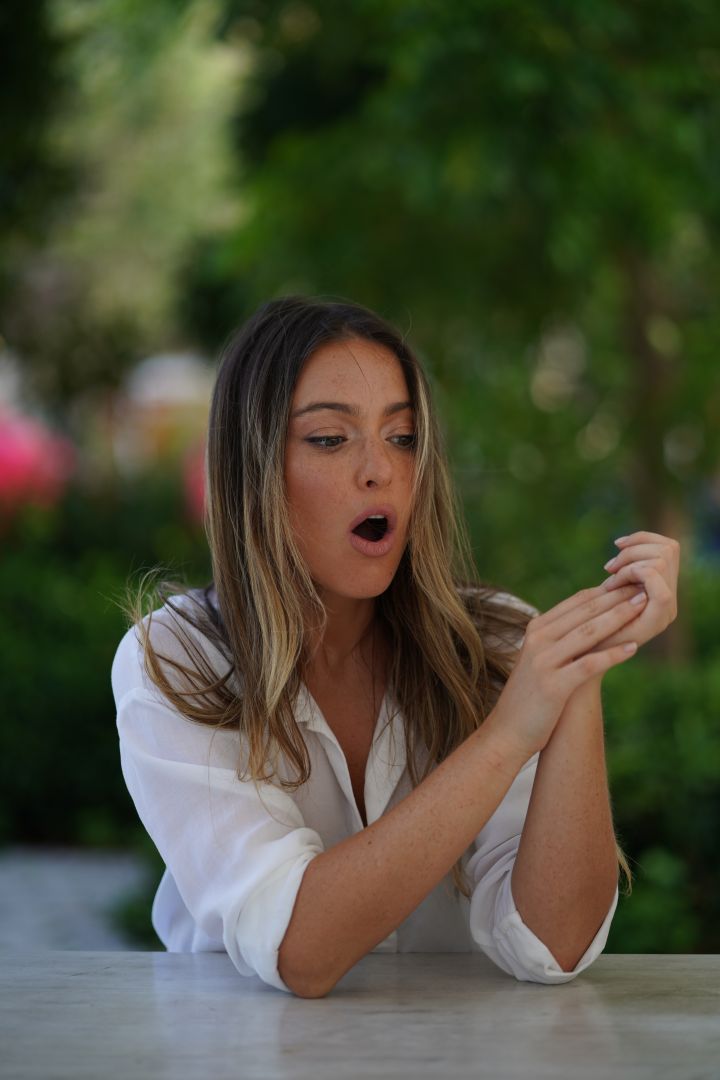 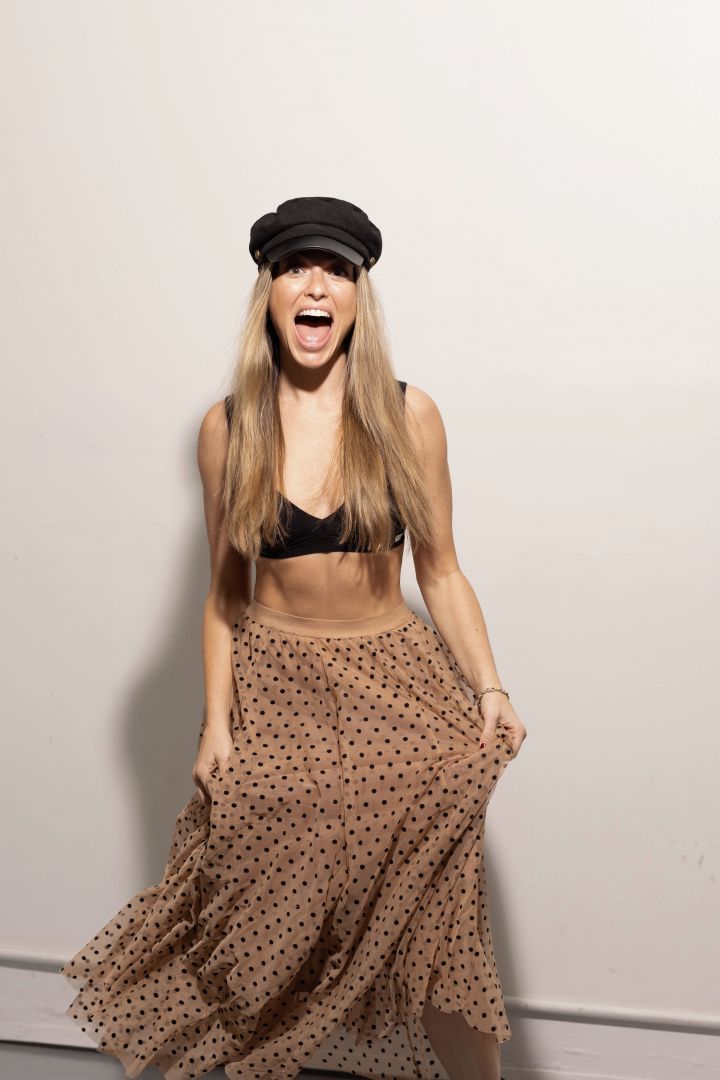 Let’s talk shop? Tell us more about your career, what can you share with our community?
I love making people laugh. I love telling stories. I didn’t have the easiest time at the high school I went to so I would come home and study accents and languages a lot. I also watched probably a million hours worth of interviews because that’s how I like to study people. And, side note, usually whenever I impersonate anyone, it’s mostly because I like them so much that I spent so many hours watching them, so it really comes from a good place. I fell in love with SNL in middle school and started writing and recording my own sketch comedy videos then. I made parody commercials and was obsessed with The Lonely Island in middle school. I’m a theater kid and participated in theater since I was six to high school. I actually didn’t speak English until I was about six and I was SO shy, like I was that kid that hid behind my mom’s leg. So my mom (who is the best mom in the world … completely unbiased) put me in theater and I caught the bug. I always wrote too, I entered a lot of writing competitions in high school and got scholarships for my writing. I love all types of story telling. Comedy has my heart but I love all types of stories. I’m really inspired by Jordan Peele, because I’ve watched his sketch for so many years and studied him and Keegan-Michael Key for so long. And then, he turned around and gave us one of the best horror movies ever made (GET OUT). I like people who don’t do what people expect or tell them to do. So right now, I’m pumping out sketch comedy content across my social media platforms and preparing my stand up to open for Elon Gold (who is a brilliant comedian and inspired me to do stand up in the first place) and behind the scenes I’m writing and directing a short film and creating a show with my husband. Olivia Wilde inspires me a lot too. She was always a great actor but now, to add to that, she’s a bad ass director. BOOK SMART is one of my favorite comedy movies made recently. Oh, also Krsiten Wiig and Annie Mumolo. Those two women are goddesses in my book. BRIDESMAIDS. Do I need to say more? One time someone asked me if I was related to Kristen Wiig and that was the greatest compliment I’ve ever received. On my tombstone it will say “kinda, actually not at all, not even a little, related to Kristen Wiig”. Sorry, what was the question? 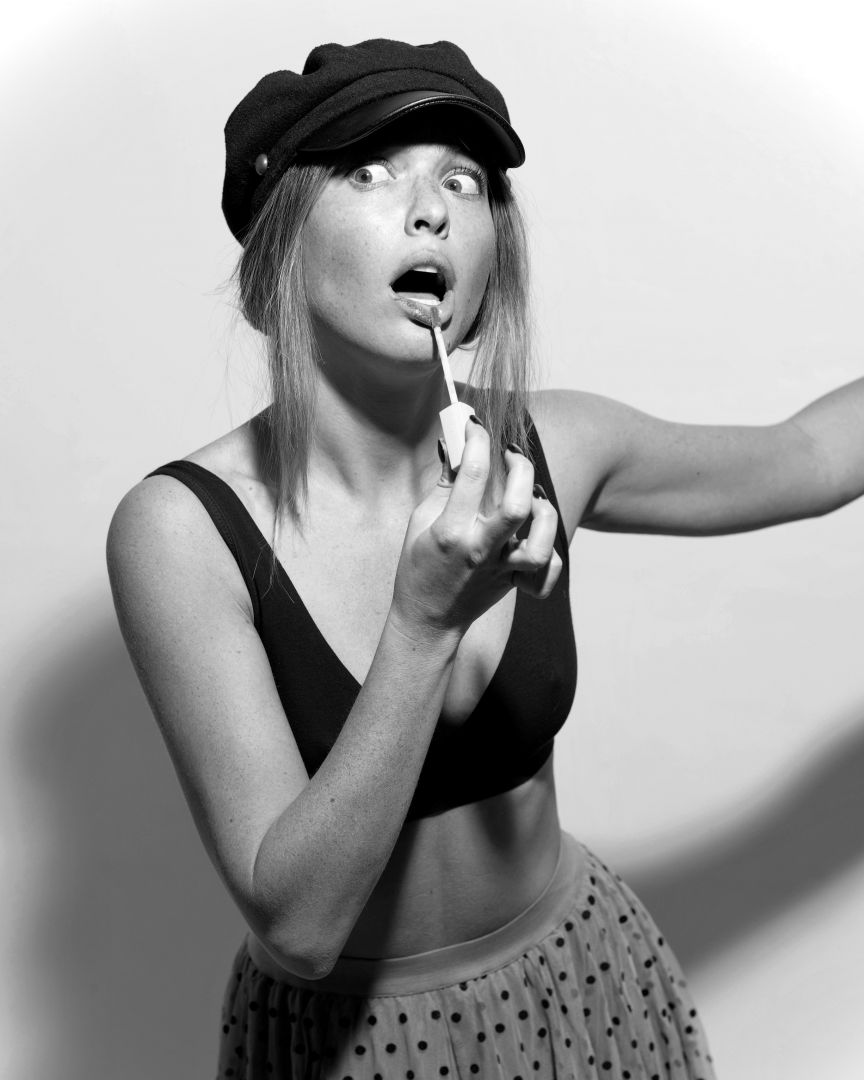 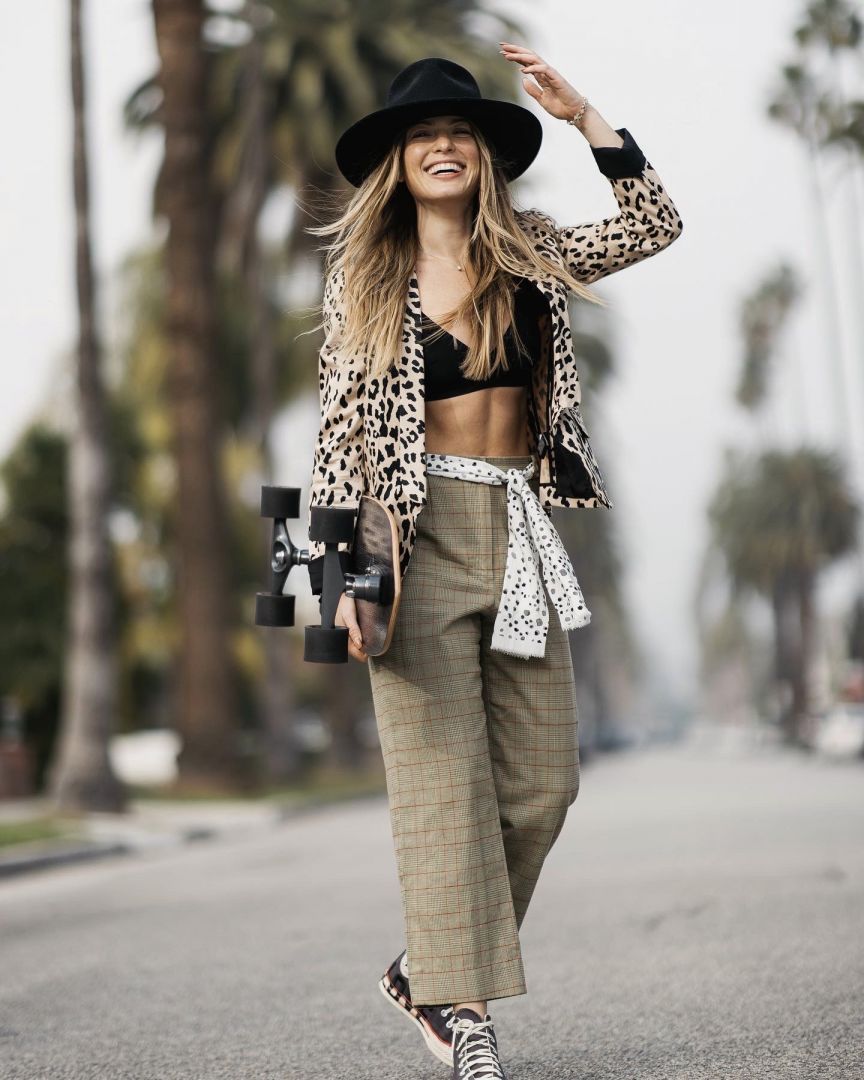 If you had a friend visiting you, what are some of the local spots you’d want to take them around to?
Malibu. I don’t care if I sound basic, the sunsets there are so gorgeous. I’m pretty simple. Also, my house is fun. People always have a good time when they come over, mainly because we get them drunk. Which is hilarious because I don’t really drink in general. I have “The Office” themed shot glasses so we call people based on what shot glass they have. If I ever do take a shot, I almost always use the Dwight shot glass. I was about to tell you my favorite sushi spot but it’s very small and I don’t want people finding out about it. Sorry. I don’t like you THAT much. 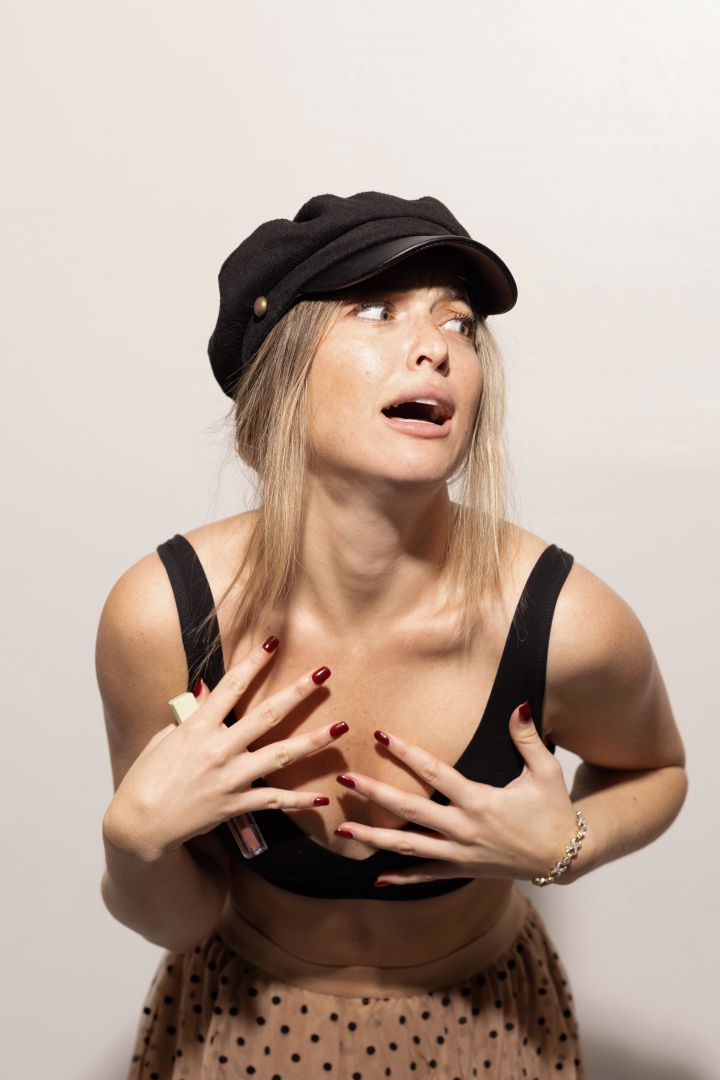 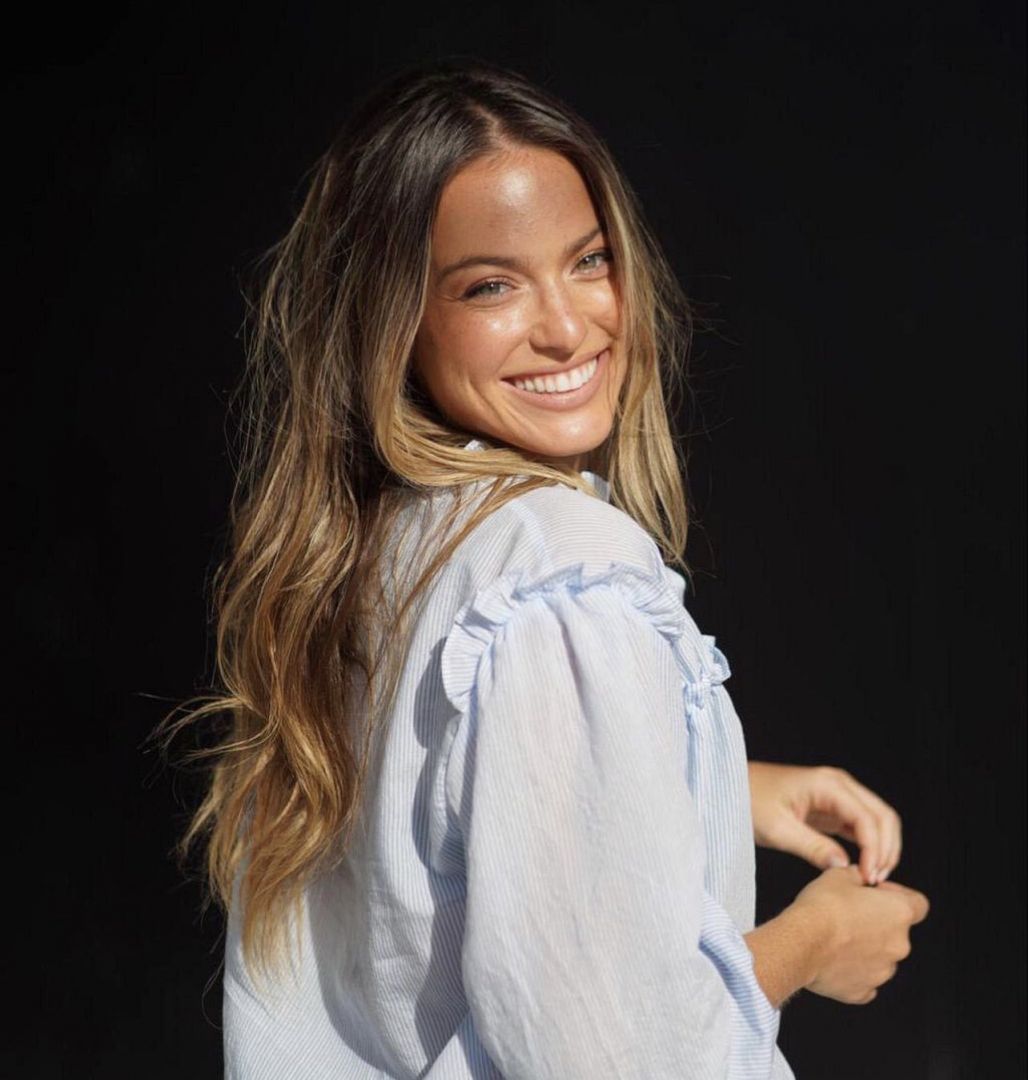 Shoutout is all about shouting out others who you feel deserve additional recognition and exposure. Who would you like to shoutout?
Yes! My incredible husband, Jonathan Yunger. He is a producer and film executive so he makes and sells movies on a daily basis, which is incredible as is. But what most people don’t know is that he is a spectacular and amazing creative. He originally came out to LA to pursue acting, but life had other plans in store. So he has that artistic heart and empathy that many artists do paired with a knack for business. On top of him making some cameos in my comedic videos I publish on social media, he really inspires me to believe in myself in anything I do. We are also creating a show together along with a couple of other projects. He inspires me because a lot of people think you have to be either in business OR in the arts. And my husband is a great example that both are possible. As an artist, you’re constantly waiting on other people to validate you and tell you that “you’re good enough” i.e. booking you in TV/film roles, buying your art, signing you to a record deal, etc. Because of what he does and how he does it, Jonathan inspired me to take control of my life, learn the business and be a self starter! … I hope he reads this because I really don’t want to do the dishes and this is GREAT ammo. 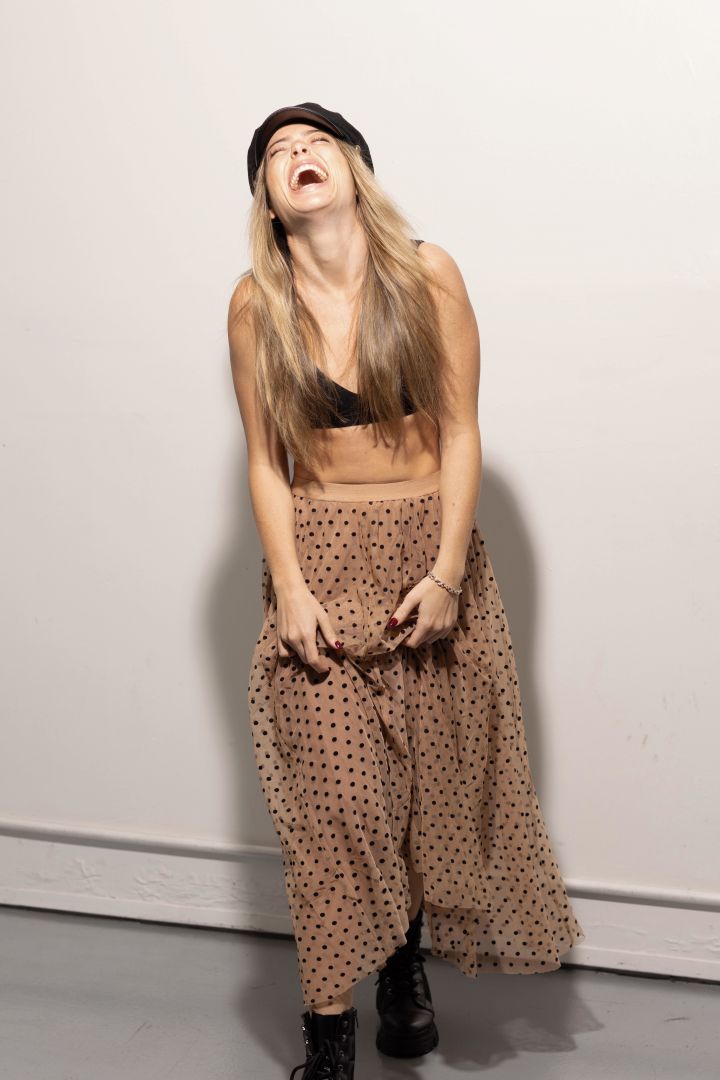 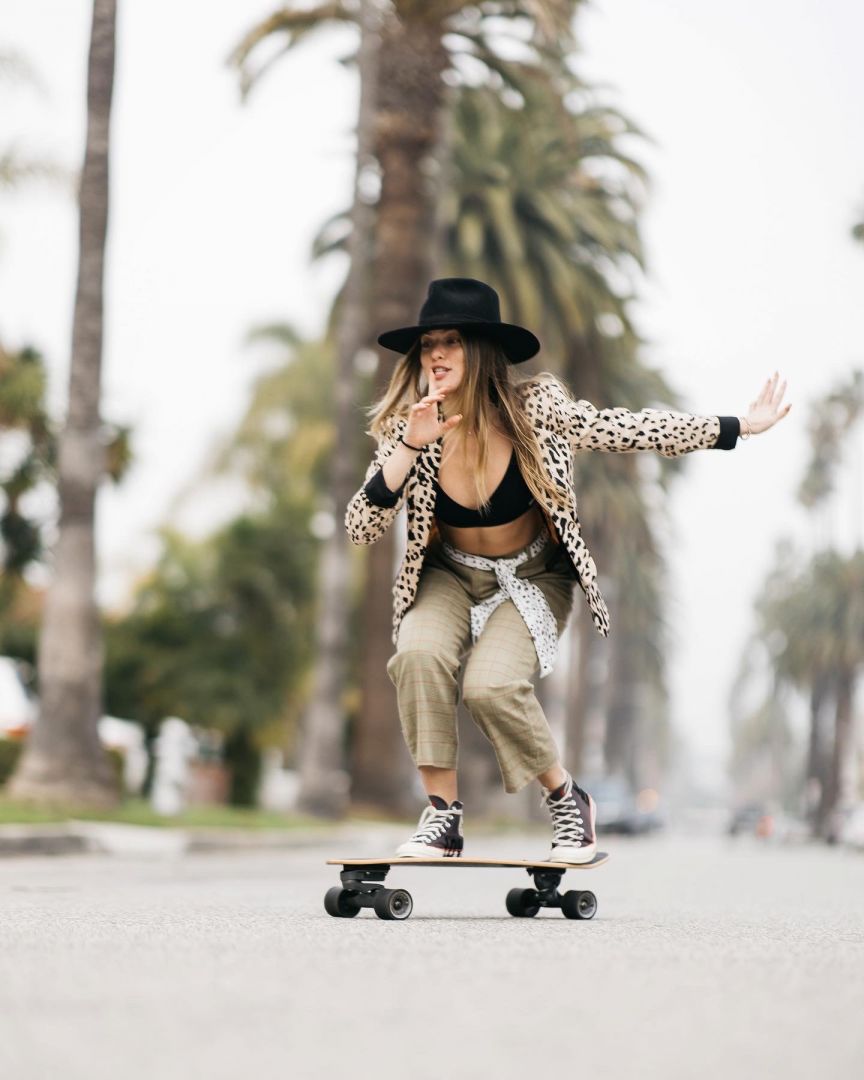 Image Credits
Isaac Alverez the other photo of the photo of me with the white shirt – i forgot his last name but insta handle @97shooter, OFER YAAKOV