We had the good fortune of connecting with Stephanie Hoffman Garcia and we’ve shared our conversation below.

Hi Stephanie, can you share the most important lesson you’ve learned over the course of your career?
How determination, passion and persistence really is the driving source to pulling through hard times and developing a successful business. 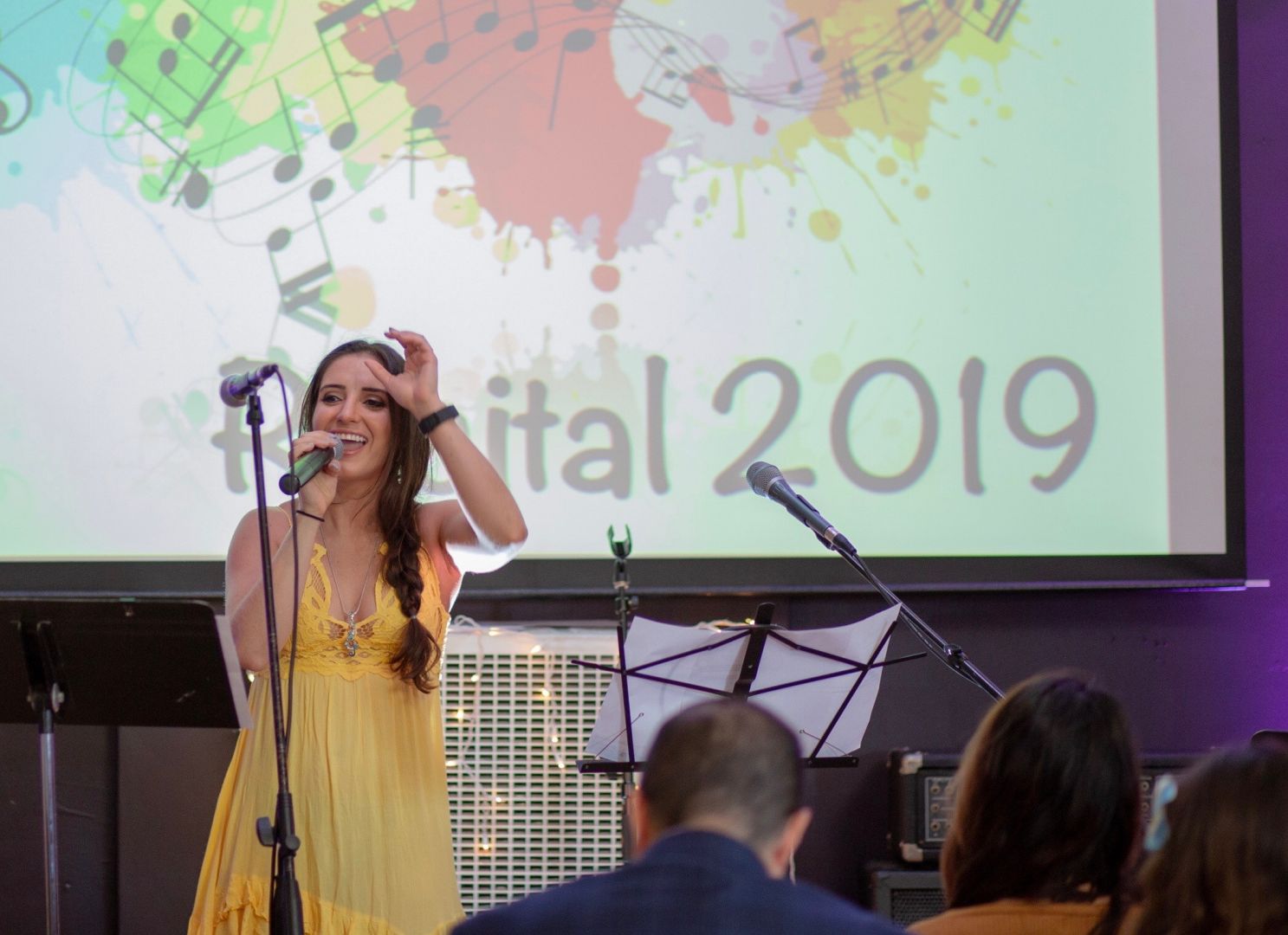 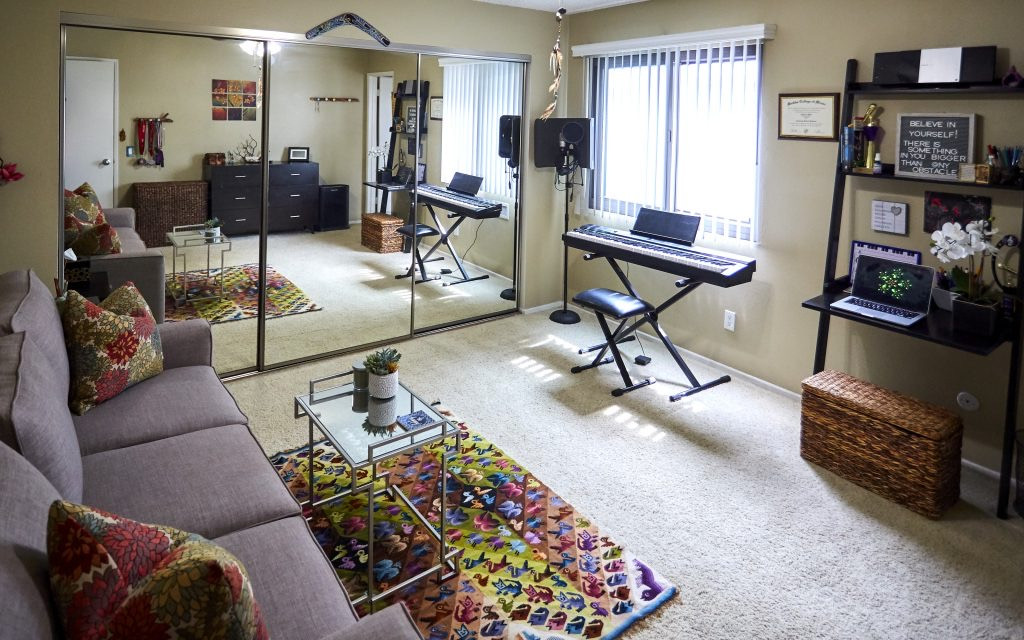 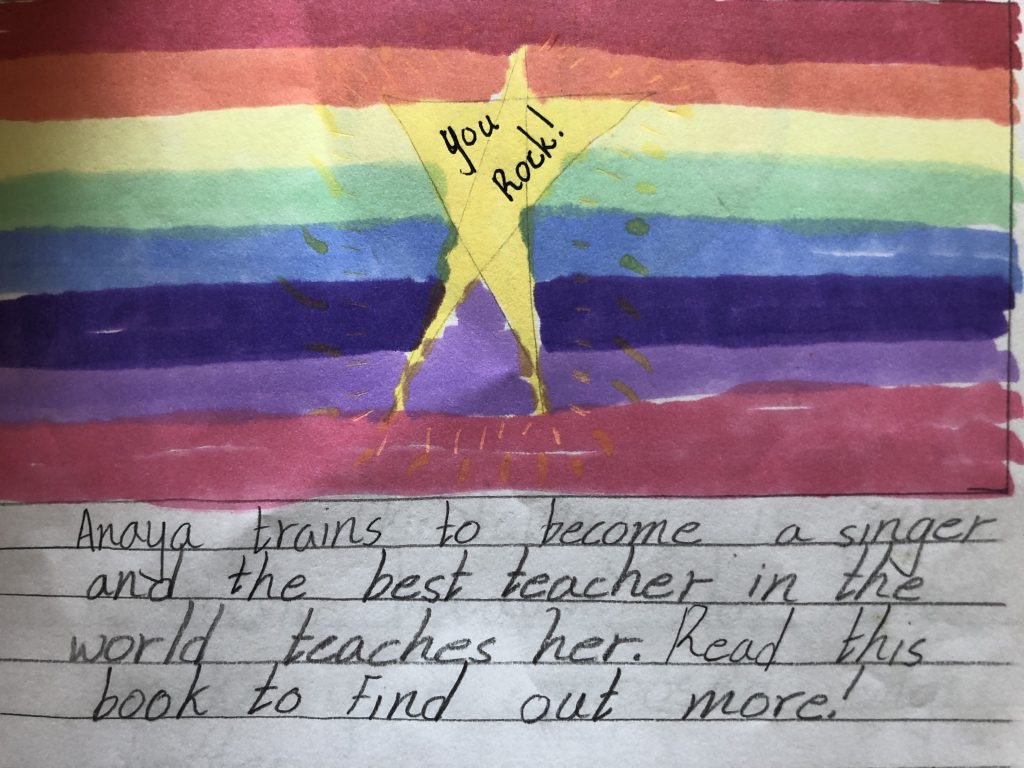 Alright, so for those in our community who might not be familiar with your business, can you tell us more?
I’m a vocal performance and songwriting graduate from the renowned Berklee College of Music in Boston, receiving my degree, Cum Laude in Professional Music. While at Berklee I had the pleasure to participate in workshops and classes from artists such as John Mayer, James & Livingston Taylor, as well as Amy Heidemann (lead singer from Karmin), as well as being picked to perform on stage with the Grammy award-winning Latin American band Maná. Before getting to Berklee, I grew up like most girls my age, fascinated with famous singers like Britney Spears and Christina Aguilera, and I spent hours on end mimicking their singing and their performances. But in addition to being influenced by such noted performers, I also had the incredible opportunity of growing up the daughter of a U.S. diplomat and living in a number of different Latin American countries, such as Mexico, where I was born, Costa Rica, and Chile. That experience greatly expanded my musical horizons and I am sure helped to pave the way for my entrance into Berklee. I have performed for former presidents of Costa Rica, the Ambassador & Deputy Chief of Mission of the United States Embassy, as well as other high level diplomatic and government officials. After graduating from Berklee, I moved out to Los Angeles with my sister and I worked as a cake decorator for several years to pay the bills and exorbitant student loans. I almost gave up on the chance of being able to do anything with music since I felt like it was an impossible way to make a living. But then I realized my passion and love for music couldn’t stay dormant and I had a lot of encouragement and support from my family to start dabbling into the music scene again. I began to teach voice on the side with a couple students at home through a company called Take Lessons at first. I started off with only a few people but slowly I picked up more and more students by designing and printing out fliers for my lessons, using advertising on my car, dropping off my business cards at schools/universities and random locations as well as advertising on Craigslist. But what I was very pleasantly surprised at was that most of the new students came to me by word-of-mouth, from my students talking with their friends and the friends hearing their improved singing firsthand. I also started working at two schools in El Segundo and picked up even more students there and have made a full-time job (or at least almost) out of teaching music and was finally able to drop the cake decorating (at which I shed NO tears). I have been giving voice lessons and songwriting workshops for around 5 years now. I can’t say it has been easy. Do I get frustrated and worried as the number of my students fluctuates? Yes, but I truly love what I am doing, sharing the gift of music and seeing people become able to express and empower themselves through such an amazing outlet, has been such a blessing. It has most definitely not been a perfectly smooth road. After graduating from Berklee (one of the best musical schools in the world) I was left feeling very disheartened and unmotivated going from the 18 hours per day musical stimuli at Berklee to the “quietness” (read boredom) of real life. I was stagnant in my life for about two years. Even when I first started teaching and musical coaching, I never believed I was good enough, comparing myself to the famous people I had met and studied under at Berklee. But as time went on I realized with plenty of positive feedback/reviews on my teaching, that I really did have something to offer the world of music and people who have a strong desire to improve their singing. The business is at times shaky. I found summers tend to get difficult when people travel a lot because of summer vacation. So I quickly became certified as an indoor spin instructor, because of my athletic background, and added that on as a backup especially during the summer. I specialize in voice but I teach and mentor in a full range of subjects: including ear training, music theory, beginning-intermediate keyboarding/piano & accompanying skills, vocal health, vocal technique, the Alexander Technique, choreography for performance, relaxation techniques, developing proprioception/interoception as well as an emotional and energetic awareness for a better interpretation of songs and optimal vocal quality and clarity. I also give songwriting workshops and mentor/co-write with my students so that they are able to master their songwriting skills and develop as artists. I am most proud of everyone I teach. I care so much for them all and as my students know, I get beyond ecstatic when I hear them improve and won’t ever give up on anyone. I truly believe in everyone’s capability and I am there day and night for any positive reinforcement or questions they might have or need (especially the nights before their auditions/performances). They send me text messages with practice videos to guide them through their journey and I am always looking to push them to the next level. I do sacrifice a lot a lot of my personal time to do what I do and they know this, which I think they see as true commitment and honest passion for music and in helping them grow and develop musically. 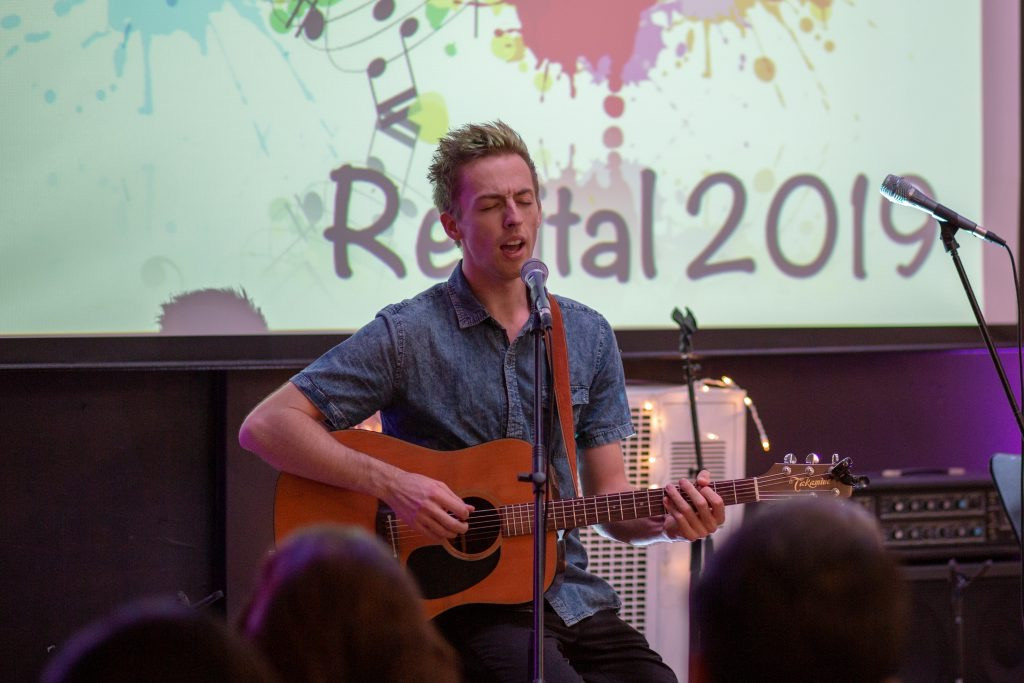 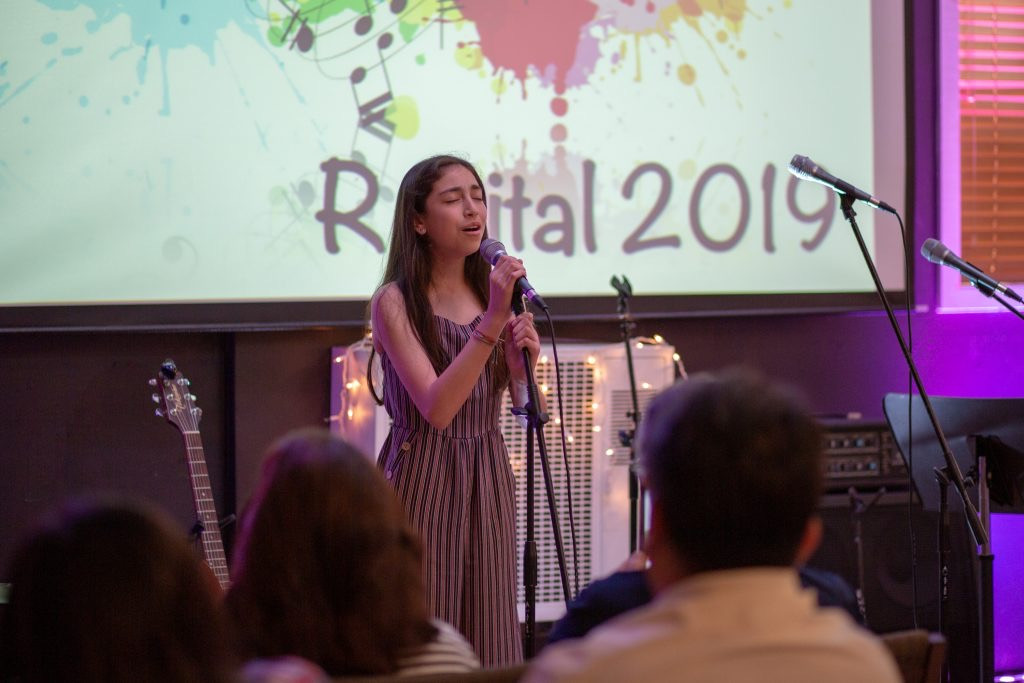 Any places to eat or things to do that you can share with our readers? If they have a friend visiting town, what are some spots they could take them to?
I’d say the most exciting spots in Los Angeles are honestly the beautiful natural spots like Malibu or Angeles National forest I’d probably do all the hikes available in the area every day then take them out to eat to at night in Culver City , Sunset Blvd , Abbot kinney, and Melrose Ave. Biking the beach along Santa Monica and Venice and check out the local art. 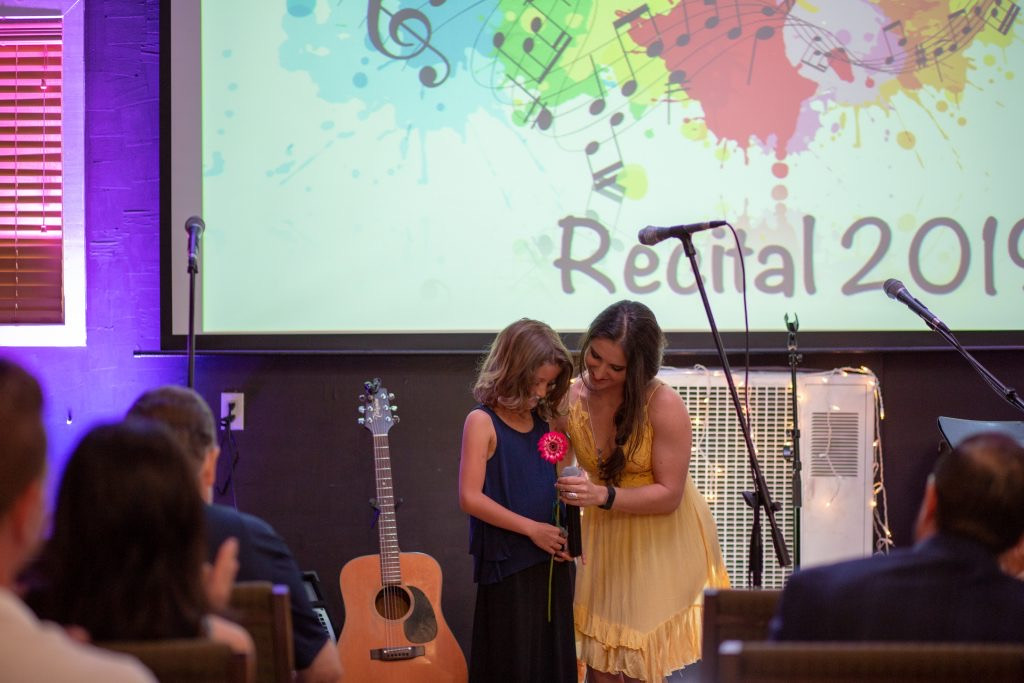 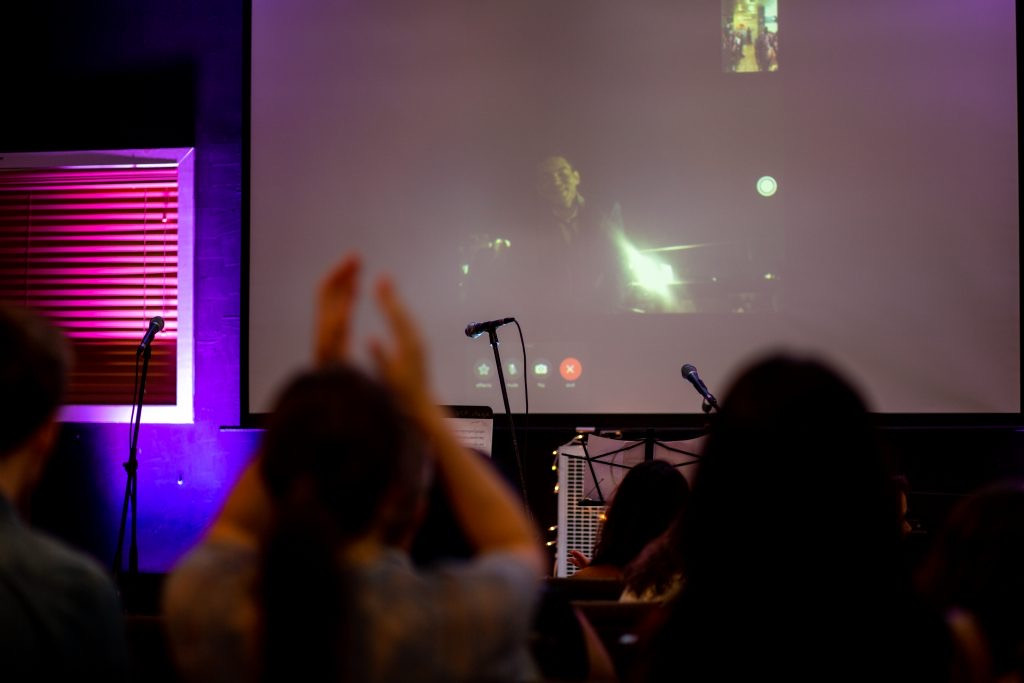 The Shoutout series is all about recognizing that our success and where we are in life is at least somewhat thanks to the efforts, support, mentorship, love and encouragement of others. So is there someone that you want to dedicate your shoutout to?
I’d give a shoutout definitely to my parents and family for all their support, my boyfriend and friends and especially two student’s families which supported and believed in me from the very beginning. Amrita Thadani (students mother) own’s her own non profit clothing business called “Neococo” that creates jobs for refugees and displaced women and the other mother Marylin Comitz is a single mother. Both women work so hard and were incredible role models and guidance/support during difficult times in my career. They always helped me through those tough times and encouraged my growth as much as they could.

Meet Matt Mayberry: Cofounder & COO of Temper: All the benefits of fasting, none of the hunger.