We had the good fortune of connecting with Tabby Biddle and we’ve shared our conversation below.

Hi Tabby, how has your background shaped the person you are today?
I am from Philadelphia. My ancestors came over from England in the 1600s with William Penn to escape religious persecution. They were Quakers. I’m not sure how much you know about Quakers, but they believe in non-violence, equality and peace. They are social justice activists who believe in an inner light, and who fought for the end of slavery in the United States and marched as suffragettes to gain women the right to vote. But growing up, I didn’t know all of these details. As a young girl, the ancestors I mostly knew about were a string of male leaders who held a slightly different significance in American history.

My great-great-great grandfather, Nicholas Biddle, was an American financier and the President of the Second Bank of the United States. He made it the first effective central bank in U.S. history. He graduated from the University of Pennsylvania at age 13 and from Princeton at age 15. My great-great grandfather, Joseph Wharton, was a famous industrialist and the founder of the Wharton Business School at the University of Pennsylvania. My cousin, Francis Biddle, served as the U.S. Attorney General under President Franklin Roosevelt during World War II, and was the primary American judge at the Nuremberg trials. Another cousin, Livingston Ludlow Biddle, drafted legislation for the establishment of the National Endowment for the Arts, of which he was later appointed Chairman by President Jimmy Carter. The Broadway play, The Happiest Millionaire, later a Disney Motion picture, was based off of my great uncle, Anthony Joseph Drexel Biddle. And the list goes on.
My male ancestors served as prominent diplomats, ambassadors, politicians, military leaders, business leaders and philanthropists – making their mark in the world. What I didn’t know or hear about were my female ancestors. Nothing. I heard absolutely nothing. It was as if they didn’t exist.
Five years ago, my sister-in-law was doing some research on our family. In her research, she ran across a woman named Deborah Fisher Wharton. Deborah was the mother of the aforementioned Joseph Wharton and my great-great-great grandmother. It turns out she was a Quaker minister, suffragist, proponent of women’s rights and co-founder of one of the first co-educational colleges in the U.S., Swarthmore College, in Philadelphia. She was also the mother to 10 children! Wow! Wow! Wow! What an amazing woman. How could I be hearing about her for the first time in my life?
While there is a lot to be proud of in my family history, there is also a conspicuous absence of the stories and voices of women. This absence and undervaluing of women’s voices and leadership in contrast to the rich, male leadership lineage in my family has impacted who I am today. As the youngest child and only girl in a family with two older brothers, as well as the youngest cousin amongst a large extended family steeped in male power, let’s just say, growing up I felt less seen, heard, and respected than my male counterparts. I wouldn’t call it outright sexism. It was more like a slow burn.
My work today is all about making sure women’s voices are heard. I am devoted to rectifying the damage that has been done to women’s voices and women’s sense of self through patriarchy. I am committed to unearthing the wisdom that’s been pushed down in women because of fear, shame and scarcity. I believe women’s leadership is not necessarily something that needs to be learned as much as it needs to be remembered. That’s my mission — to help women remember who they are and support them into claiming their leadership. I believe this will create a world where there is peace, prosperity, equality and justice for all. 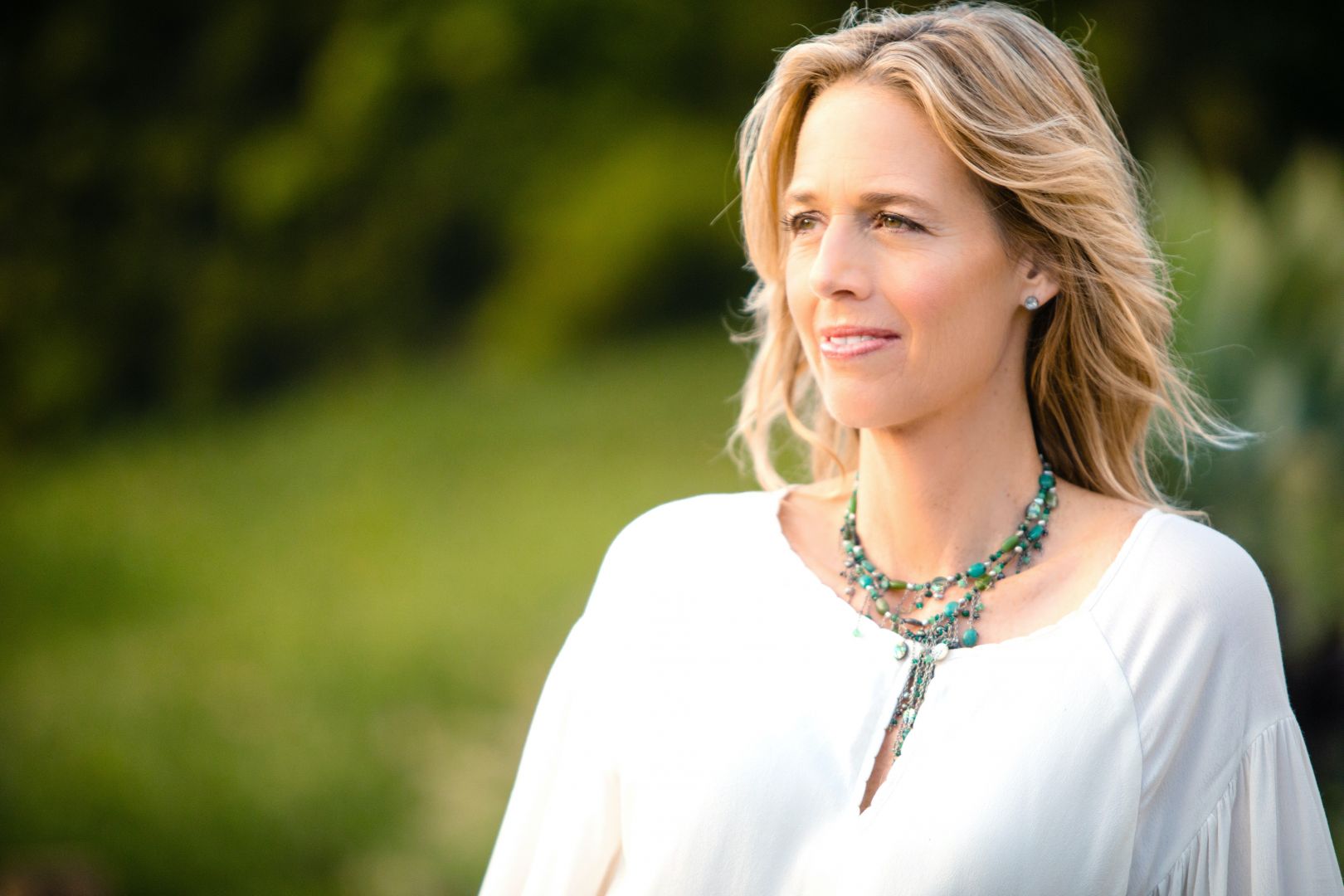 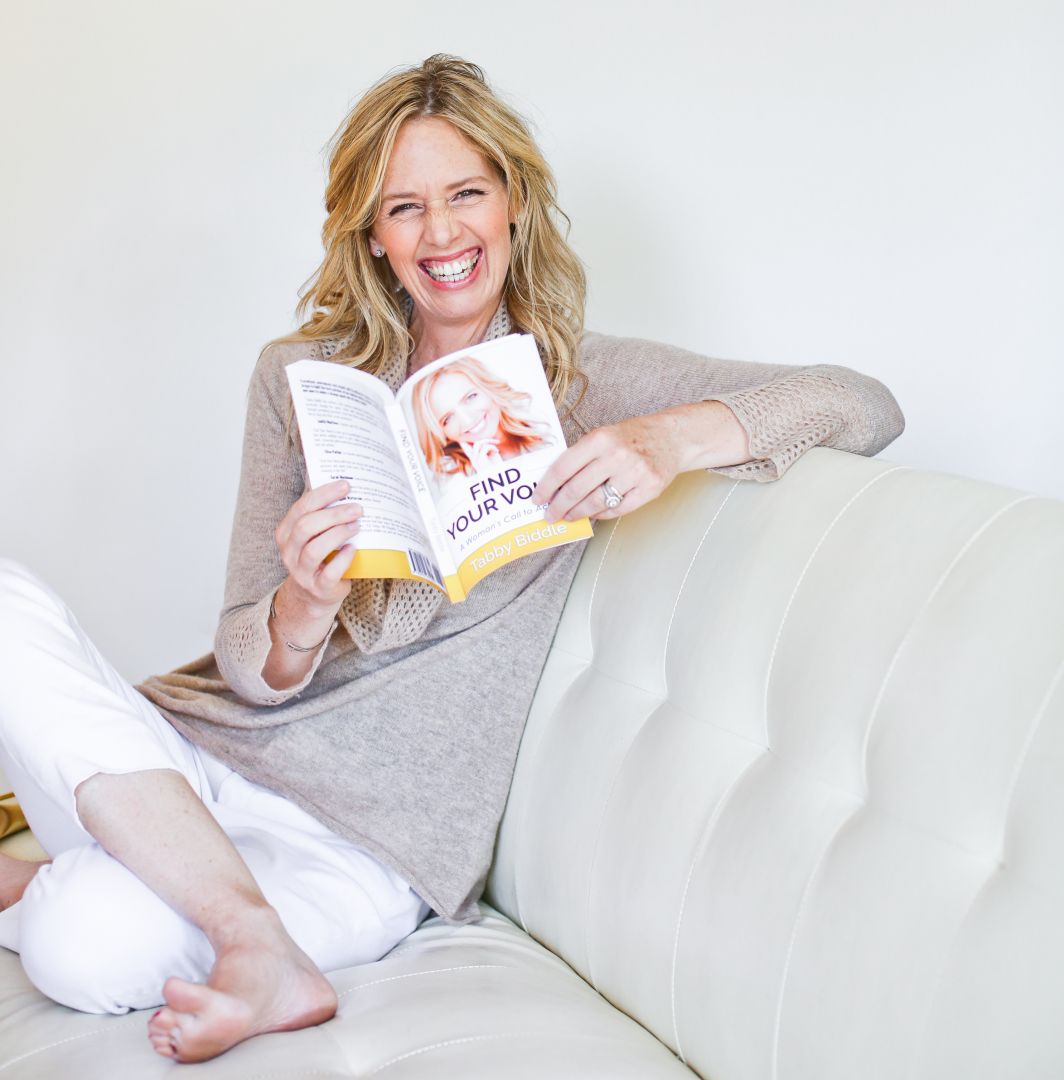 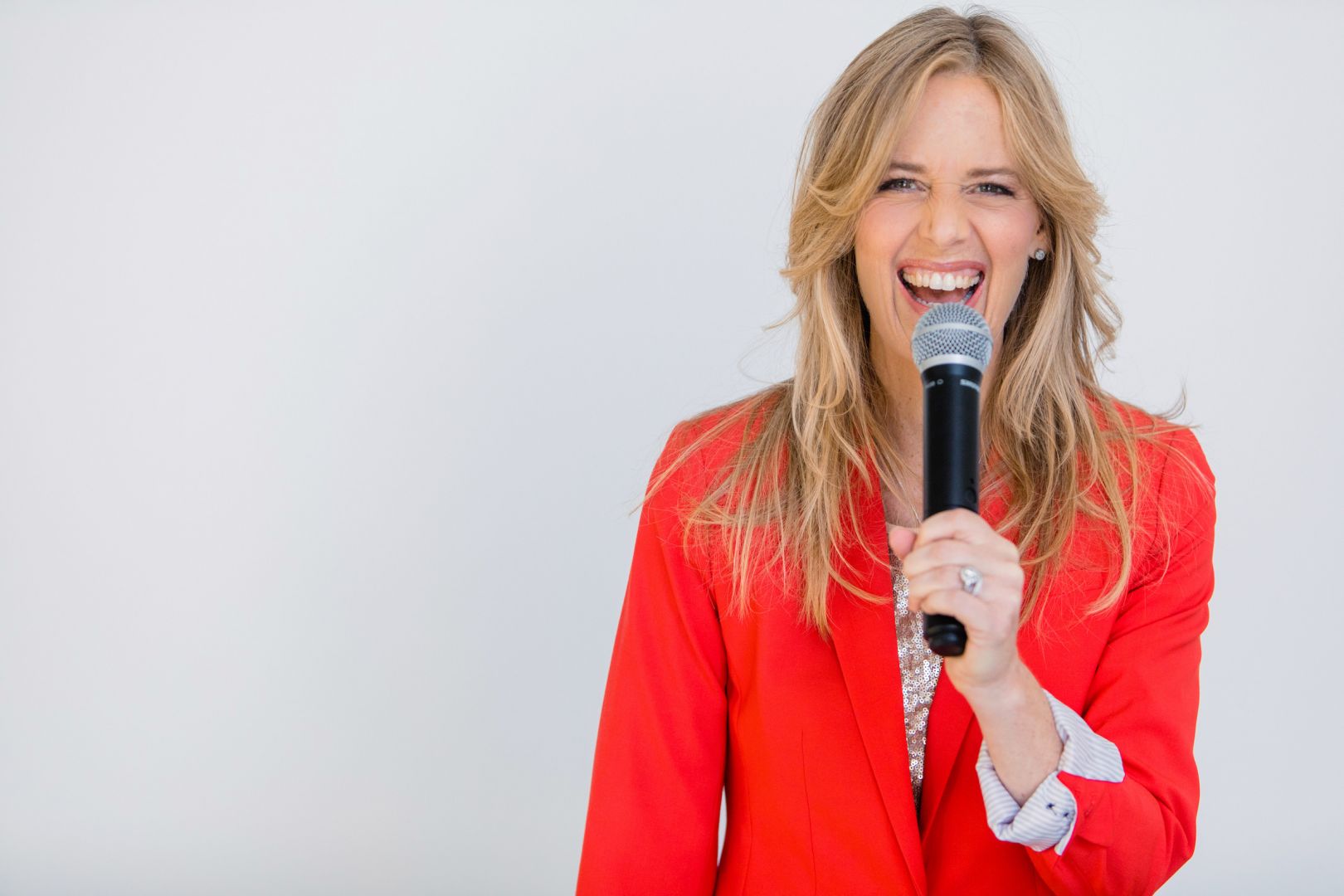 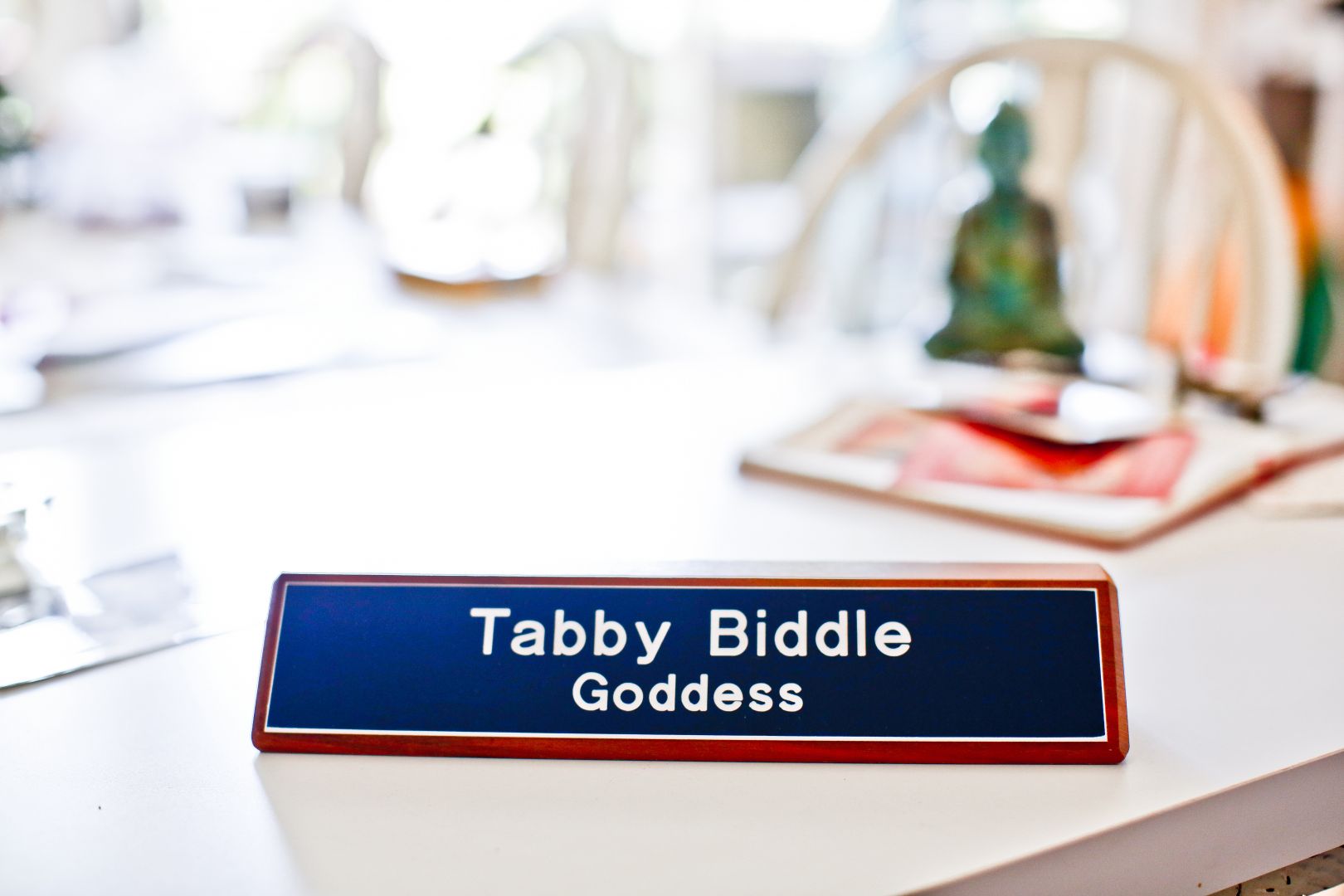 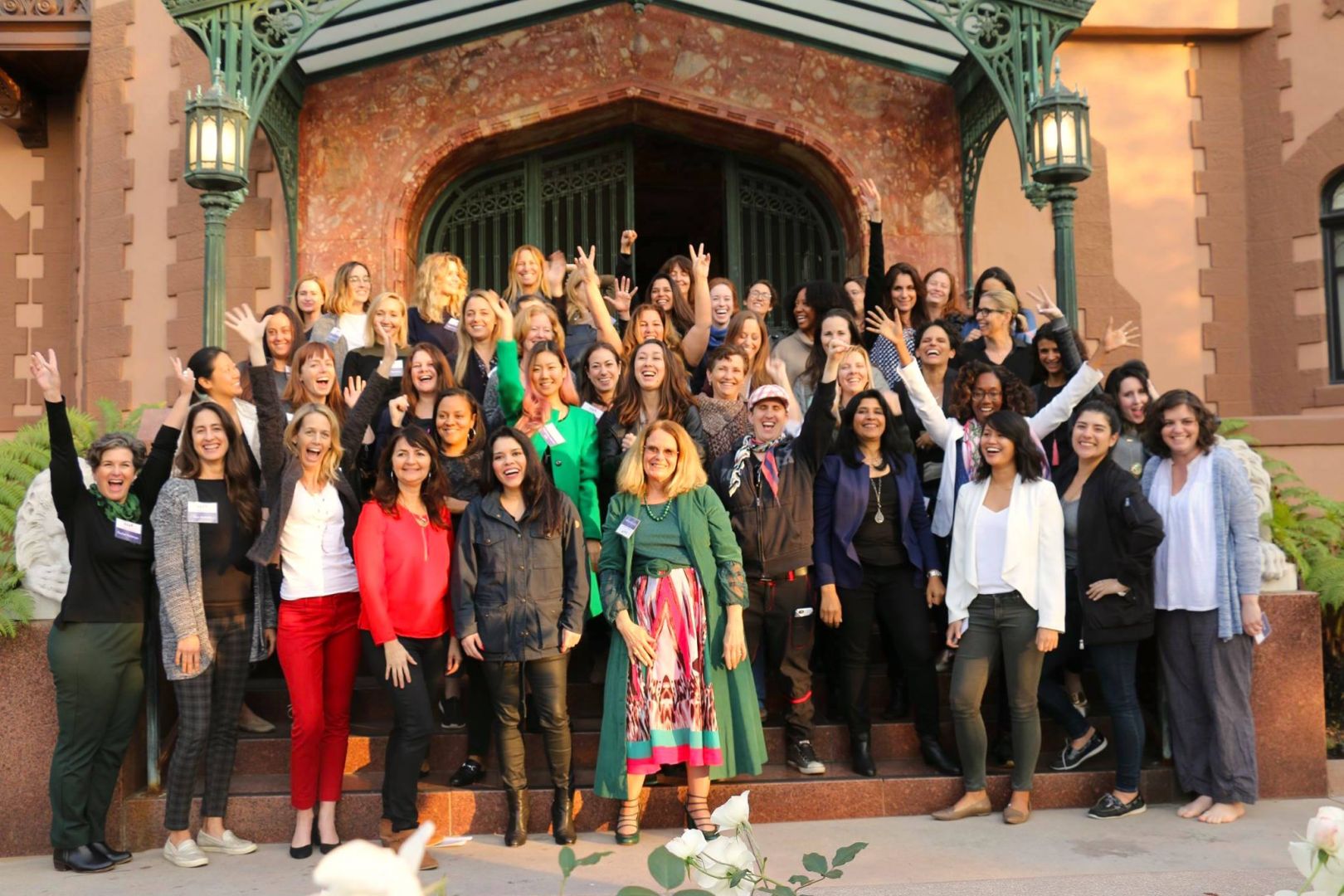 Can you give our readers an introduction to your business? Maybe you can share a bit about what you do and what sets you apart from others?
My business is dedicated to elevating and amplifying women’s voices and leadership. What sets me apart from others in the women’s leadership industry is that I believe women’s leadership is not necessarily something that needs to be learned, as much as it needs to be remembered. Let me explain: I used to feel that my voice didn’t matter. That it wasn’t important. That it was “secondary” to male voices. Because of this, I was fearful of expressing my opinion, sharing my thoughts, and sometimes downright scared to even speak.

I suffered with this internal drama for a long time. It was painful. At times, debilitating. But then something happened: The Feminine entered my life. She taught me that I didn’t need to be afraid anymore of using my voice. That my voice was in fact needed. That is was necessary. That it was imperative for the evolution of our society. And that’s when I began to speak, write and teach from my Truth.
Today, after having supported thousands of women from around the world to claim their voice and their leadership, I know that my story is not unique. We all suffer from patriarchy. The two parts of ourselves that have taken the biggest hit: our body and our voice. We are now at a time in our cultural history where the Feminine is RISING. She is being called forth in every one of us to acknowledge, respect and partner with to carve a new pathway forward where there is dignity, respect and justice for all. It is from this sacred space and complete devotion to the Feminine that I teach, guide and lead women.
The United Nations Foundation has called me “a champion for women and girls around the world.” It is an honor for me every time I get to be champion for a woman and help her remember who she is. I am most proud of every woman I work with! I am excited to expand the reach of my work into places where women are hearing about me for the first time. I want these women to know that I believe in them. I believe in their dreams. I believe in their visions. And I believe in their right to create a feminine legacy. 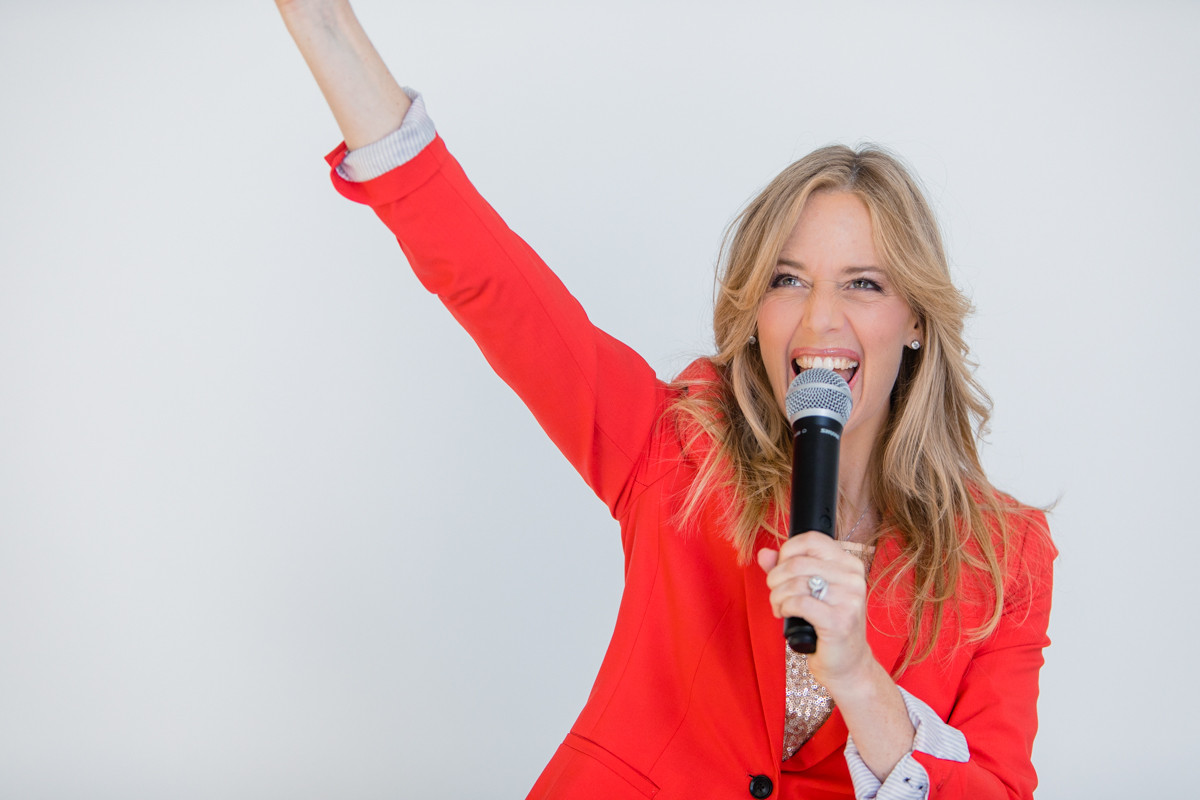 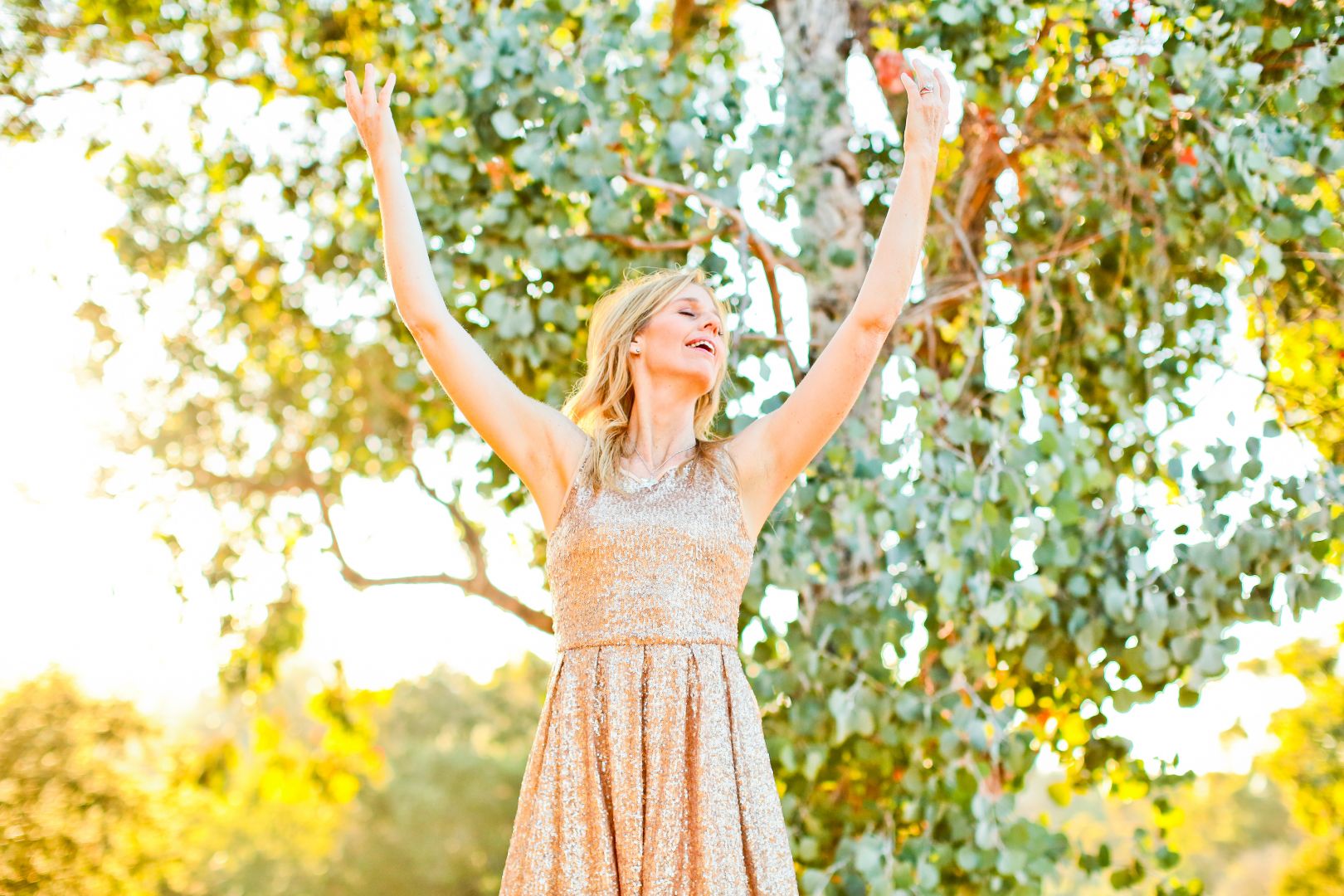 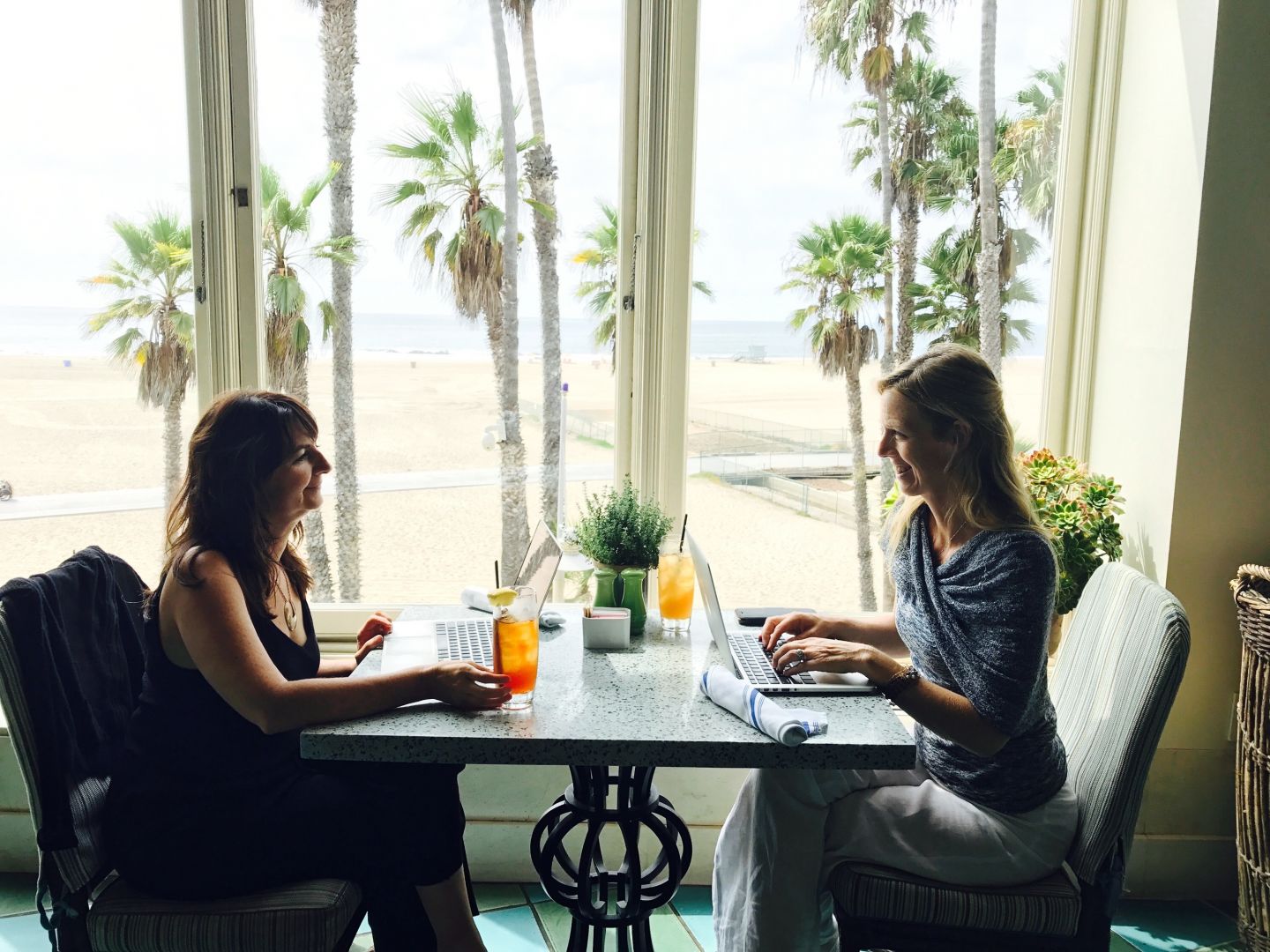 The Shoutout series is all about recognizing that our success and where we are in life is at least somewhat thanks to the efforts, support, mentorship, love and encouragement of others. So is there someone that you want to dedicate your shoutout to?
I’d like to dedicate my Shoutout to my Mom who raised me to pursue my dreams. 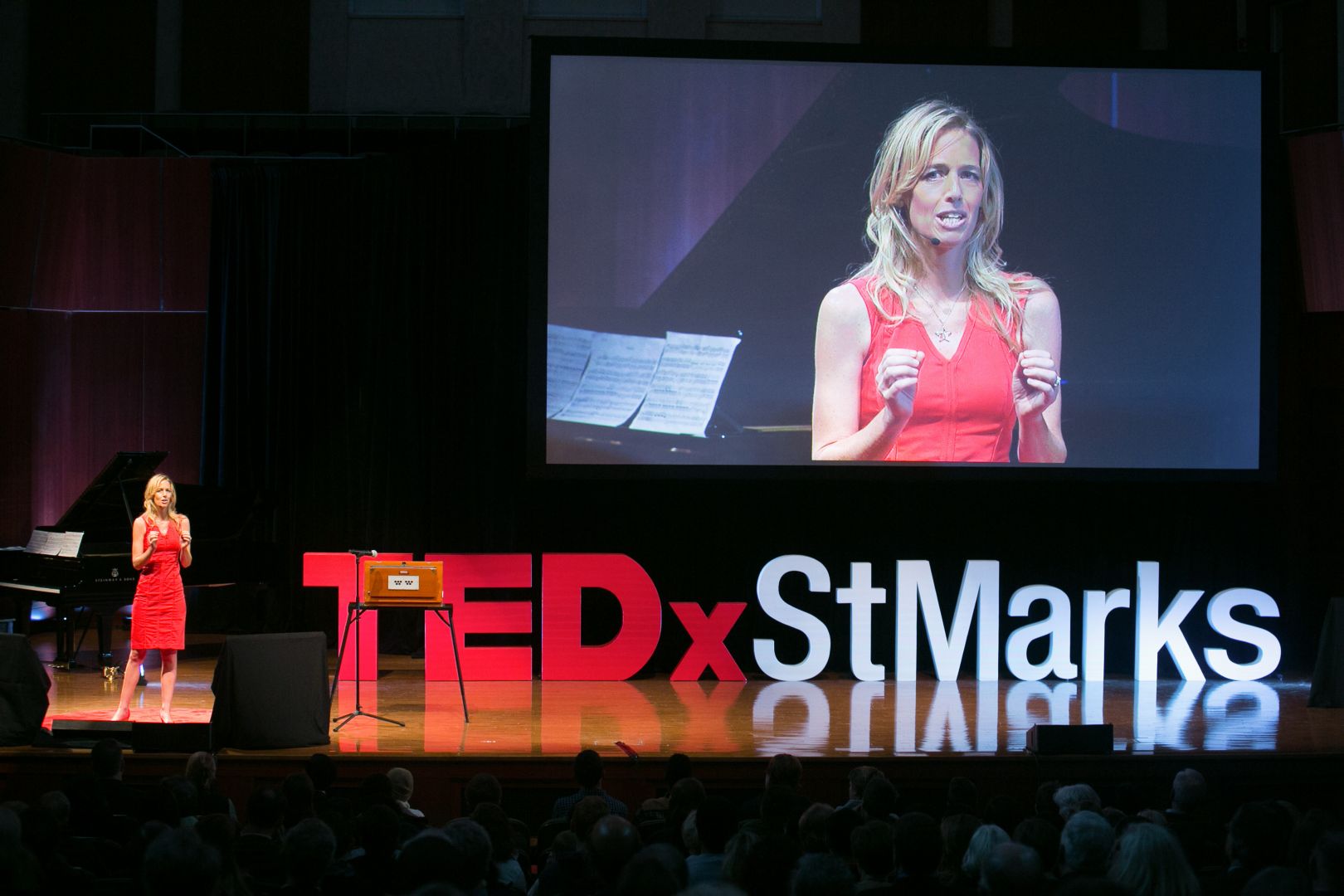 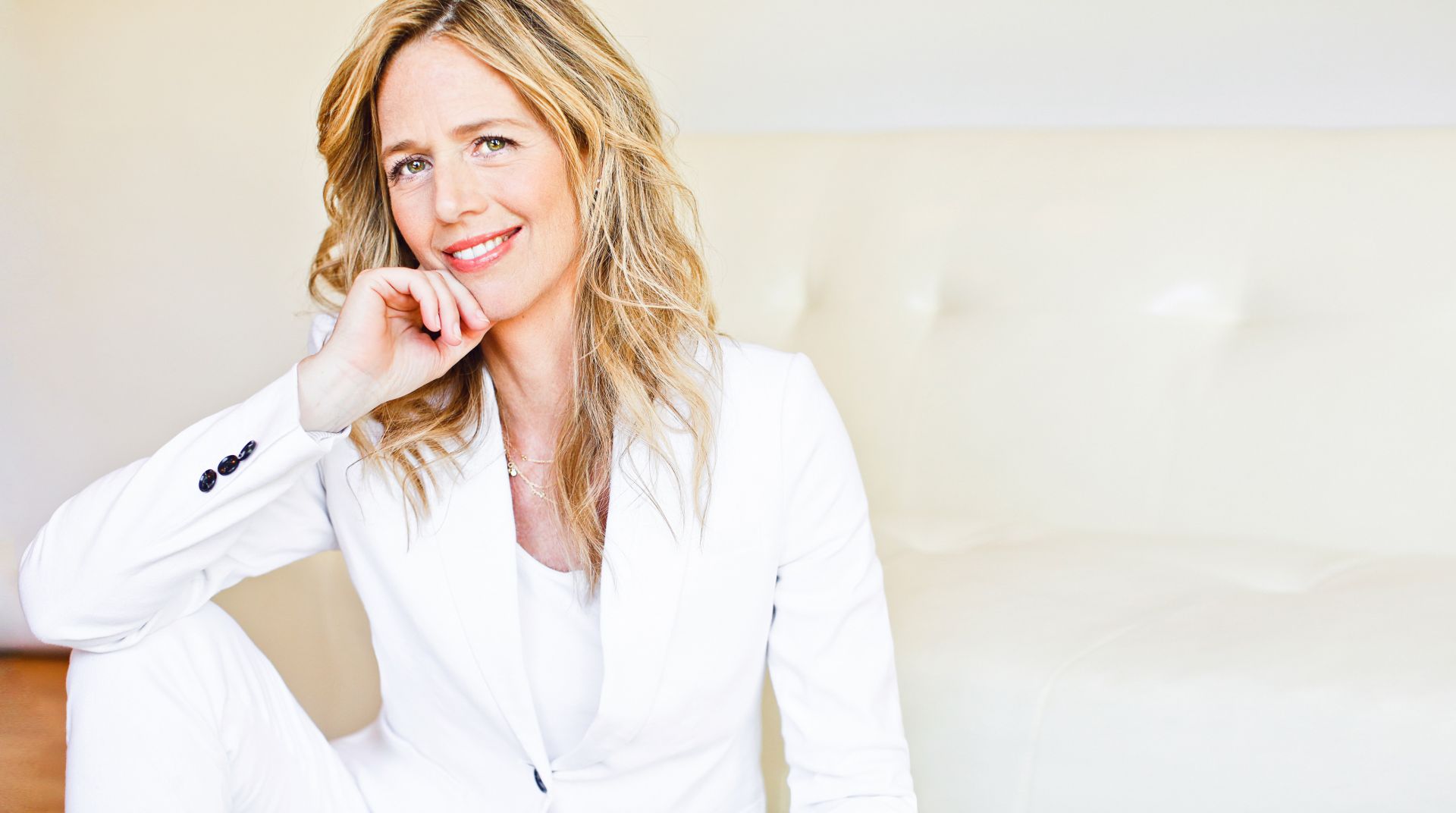 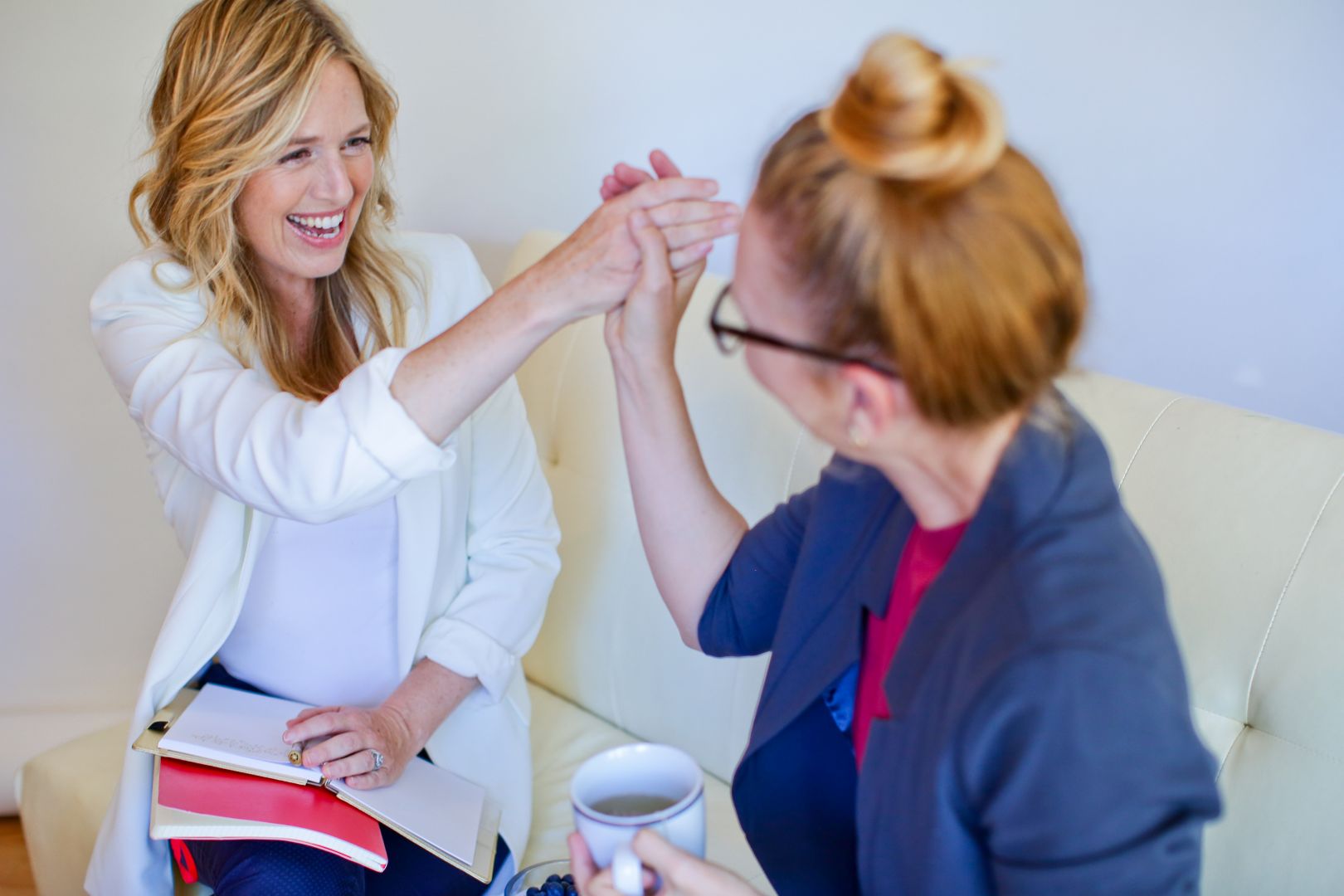