We had the good fortune of connecting with Tamika Lamison and we’ve shared our conversation below.

Hi Tamika, what makes you happy? Why?
When I think of what makes me happy, I always end up in the realm of fulfilling my purpose and using my gifts and talents to make a difference in the world, which is also directly connected to service. My love of filmmaking and creating is part of this need to fulfill my purpose and make a difference. All roads lead to service and storytelling. And the best world of happiness is when I’m able to do both. I do both with Make A film Foundation, my non-profit that I founded 10 years ago which grants wishes to children who have serious or life-threatening medical conditions by teaming them with noted writers, directors, actors and producers who help them to create short film legacies. I do it with the current film company I work with as a Producer and VP of Development. We have a double bottom line of Art Advocacy and Commerce. I also do it as the Exec. Director of the CDDP-Commercial Directors Diversity Program, a Diversity and Inclusion program created during negotiations between the Directors guild of America (DGA) and the Assoc. Of Independent Commercial Producers (AICP). And finally, I do it in my own work as a writer, director, actor and producer. When I combining storytelling and service, making a difference, either with my own work, or in support of others- I am happy. 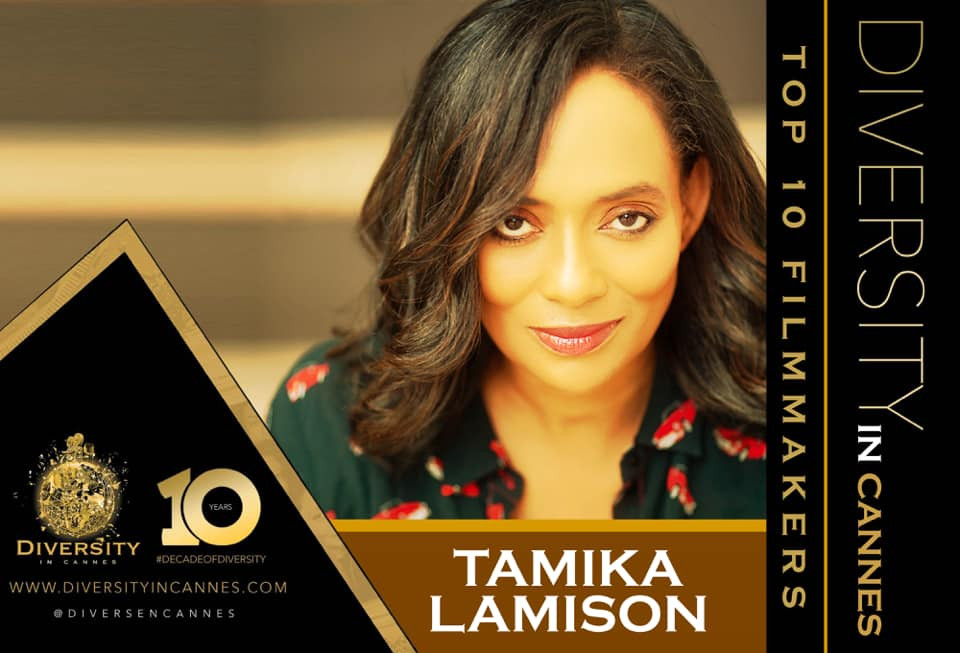 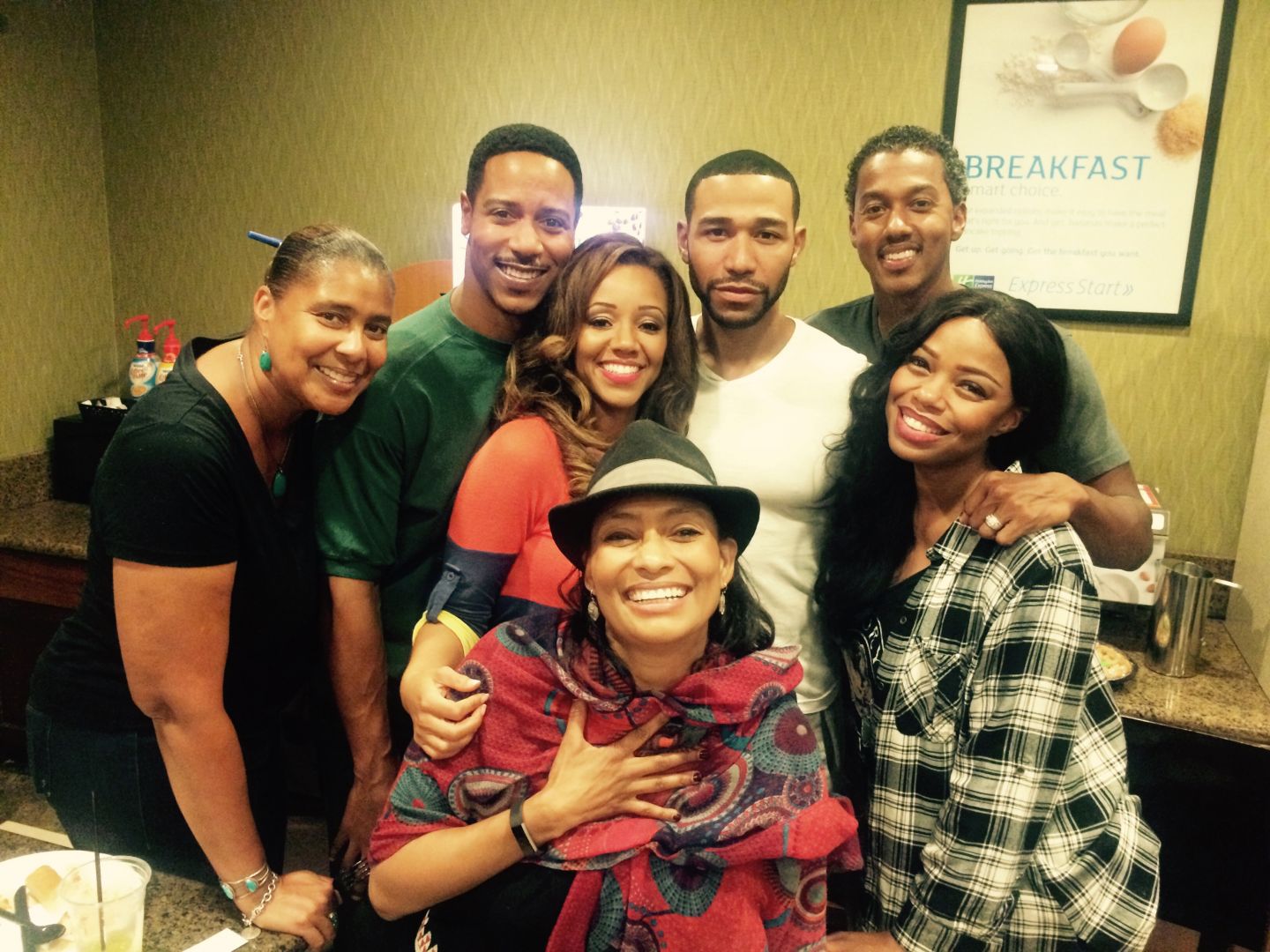 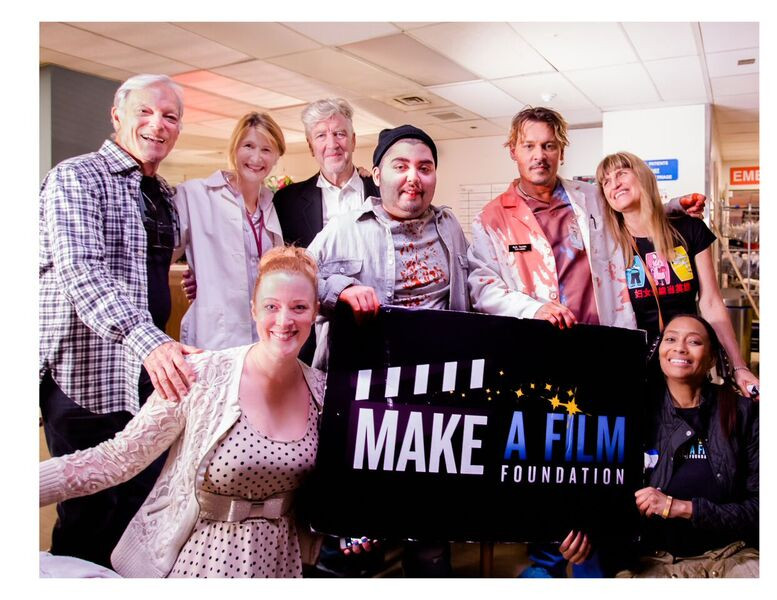 Alright, so let’s move onto what keeps you busy professionally?
My career is a long and windy road. I think what may set me apart from others is the various aspects of the industry that I have been able to participate in at a relatively high level. And that I’ve been somewhat successful in both the creative world and the corporate creative world as an Executive. I started my career working as an actor in Washington, DC after graduating from American University and Howard University. Then I moved to New York and discovered that the roles for African-American women were limited so I began writing, with the intention of writing more layered and interesting roles that I could play. The first script I wrote, The Jar By the Door, won (IFP’s) Gordon Parks Indie film award and $10,000 and was a Sundance lab finalist. I used that money to move to LA after falling in love with directing at the New York Film Academy. Once in LA, I was awarded several fellowships in writing and directing including: AFI’s Women in Directing Fellowship, a CBS Directing Fellowship, the ABC/Walt Disney Fellowship in Screenwriting and others. Even with all of these accolades it was difficult to find my footing because under-represented communities were marginalized and there simply weren’t a lot of actual opportunities with access that produced results at that time. Eventually I sold my script, The Jar By the Door, for six-figures. This was a big coup as it was prepped to launch my career as a director. However the check was bad. I was devastated. And I vowed that I would expand the use of my skills and talent to make a difference. I began mentoring, teaching and volunteering. Then a friend asked if I could do anything what would I do? And I said aside from filmmaking, I would grant wishes to kids in the Make-a-Wish Foundation. This lead me to combine both passions by creating my non-profit- Make A Film Foundation which grants wishes to children who have serious or life-threatening medical conditions by teaming them with noted writers, directors, actors and producers who help them to create short film legacies. Make A Film Foundation (MAFF) is where I emerged as a producer. We produced over 100 short docs and 4 Award winning short narratives. The experience of producing and building MAFF lead me to work at the Academy of Motion Picture Arts and Sciences researching and developing the Academy Gold program, which lead me to becoming the Exec. Director of the CDDP-Commercial Directors Diversity Program- an inclusion program under the DGA & AICP. And that has lead me to working as a Producer and VP of Development in a film company after my own heart which makes films that have impact but are also commercial. Even with my corporate creative career, I have continued to focus on my personal ‘creative’ endeavors as well. I’ve worked on a series heading into it’s 3rd season- Craig Ross Jr’s ‘Monogamy’(Amazon Prime/UMC) as a writer and supervising producer. And recently worked on another streaming series as a writer as well. I also produced and starred in a feature called, ‘Last Life”. Currently, I am developing and producing several projects- working with a lot of wonderful up and coming talent as well as more seasoned talent like Catherine Hardwicke & Billy Porter, while partnering with some great companies. I’m super excited about these projects. However, I’m most proud, as always, of Make A Film Foundation and the lives we’ve been able to touch, move and inspire by creating these film wishes and inviting the industry to altruistically donate their time and talent . I am also thrilled that my Original Pilot, B.E.E.S, (Finalist-PGA Power of Diversity Program) is getting a lot of traction. I’ve learned that you have to be the engine to your own career fueled by irrepressible passion and commitment. And that making a difference and being of service with your skills and talent- can lead you on an unexpected journey of success. Things may not always happen as fast as you would like, or be framed as you had imagined, but if you keep doing what you love… your vision will unfold in magnificent ways. I want the world to know that I am still and always will be ’emerging’. Emerging is a word of transformation. As long as you are continuing to create- you are emerging. Even though we may eventually become a butterfly and soar- the one constant in this industry, and I guess our individual selves- is transformation & change. And to survive, we must adapt. I’m looking at you 2020. 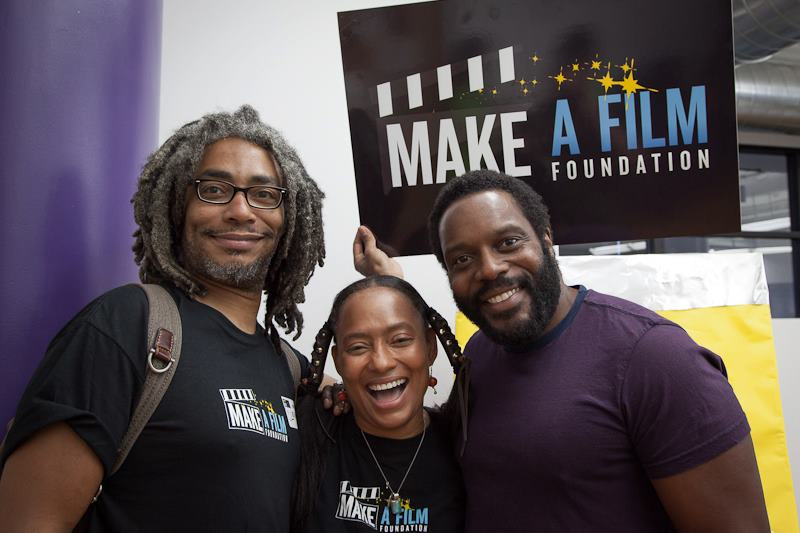 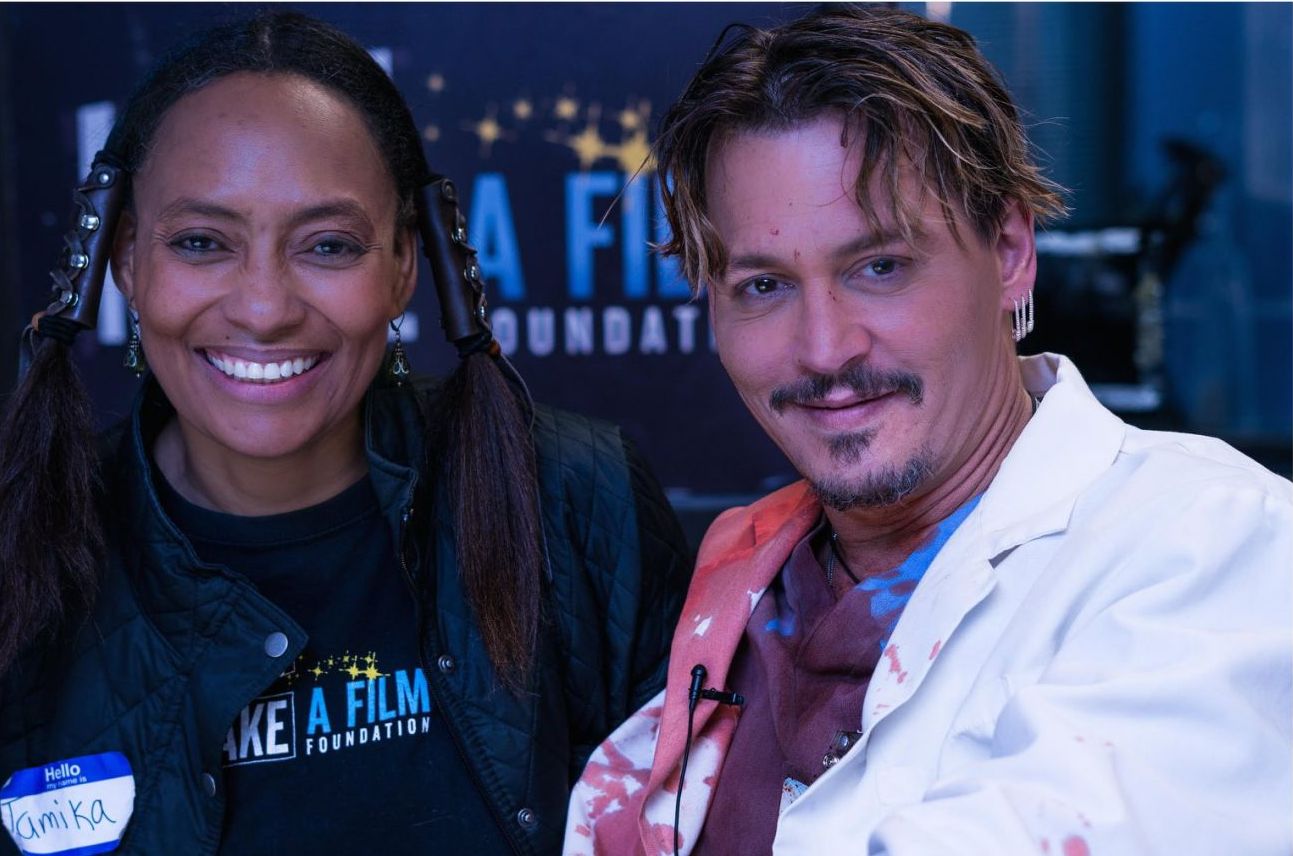 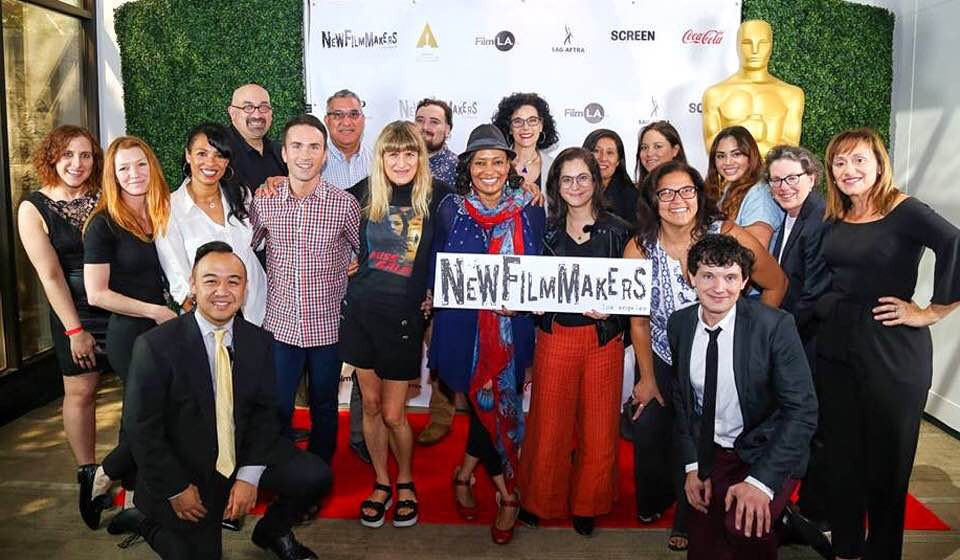 If you had a friend visiting you, what are some of the local spots you’d want to take them around to?
If my best friend was visiting the area for a week, there are some definite spots I would take them. Let’s imagine this is a time either before- or beyond- COVID. Some things are just standard- like going to Venice Beach and walking around seeing the sites. Some of my favorite eateries for my ‘touristy’ friends include- Roscoe’s Chicken and Waffles (I’m a pescatarian by the way- so that’s always interesting for me.) Yamashiro’s for the view of course. Off-Vine is a nice hidden gem. And my favorite casual spot for Indian food is the Electric Karma on 3rd. For my Vegan/Vegetarian friends- its the Grain Cafe on Pico. Theatre at the Mark Taper/Ahmanson is great but if they are on a budget, we check out The Odyssey, Fountain, Antaeus, Matrix or Theatre row. And a poetry spot in Leimert Park or at the Greenway Arts theatre. I would always try to get them in to be ‘studio’ audience for one of the shows filming. I’ve been really successful at that. And get them to attend a screening with a talk back of celebrity talent or a premiere… because- LA (lol). And I take them to the mall at Hollywood and Highland and shock them by telling them that this is where the Oscars take place- yep- in a mall. As with all things Hollywood, it’s a sleight of hand and a hell of a production design job to transform the ‘Mall’ into ‘on the red carpet’ for the Oscars. Hilarious. This is the part that freaks them out the most. We walk the boulevard for souvenirs and may stop in to the Wax Museum because that is always a fan favorite with people who are enamored of LA. And to add some culture into the trip we check out CAAM- the California African American Museum and the California Science Center as well as LACMA–with luck it’s when they have the free jazz outside. If I can get entree, I take them to The Magic Castle because- who doesn’t love magic!? And for a change of energy and scenery- COVID or no, Ojai is a short trip away. It’s worth the hour plus drive to hike, window shop, horseback ride, breathe easy, relax and rejuvenate. 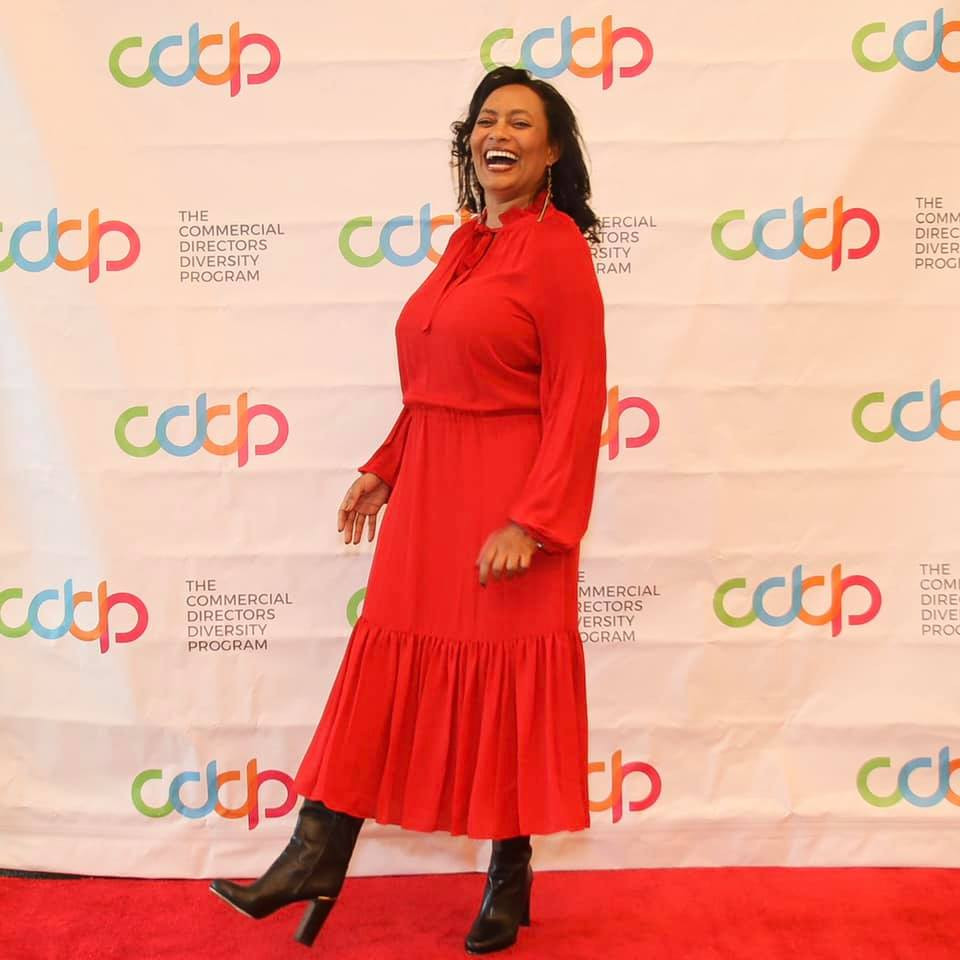 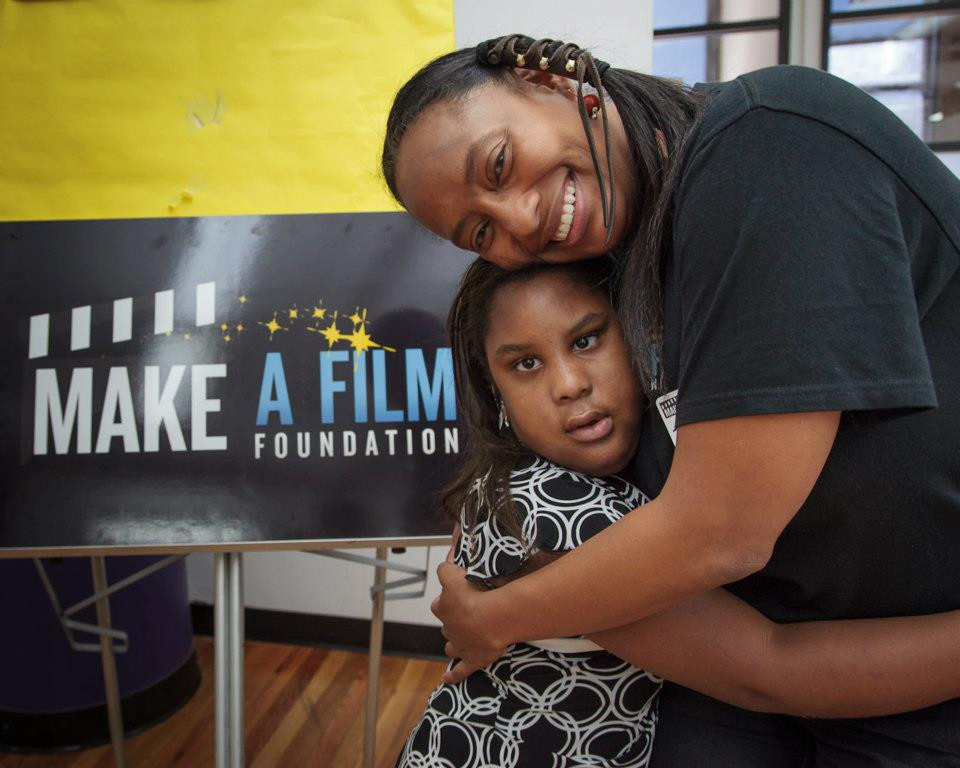 Shoutout is all about shouting out others who you feel deserve additional recognition and exposure. Who would you like to shoutout?
Shout out to my family who in various ways have helped, supported and pushed me to get where I am and have always believed in me. Shout out to my big brother in particular because when I came up with an idea for my very first screenplay, “The Jar By the Door” and told him the idea, asking him to write it, because he was writing screenplays at the time, he said no. He told me I had to write my own idea- that it was a great idea- but that it was me who should write it. So he pushed me into writing my first script which was the script that has inspired my entire career on so many levels, not just as a Writer but as a Director, an Executive, as a Producer, and in the creation of my foundation- every aspect really. It literally is the seed that has bloomed my entire career. So, big thank you to my brother, Cleve Lamison, for saying – “No”. And shout out to the company that wrote me the bad 6 figure check for “The Jar By the Door” that eventually inspired me to create “Make A Film Foundation”. And finally, hats off to the jerk who stole my bookbag so many years ago, which led to me writing my first script, “The Jar By the Door”, as a way of catharsis for the irreplaceable loss of its contents. This effectively launched my career. And I am forever grateful. Cheers!