We had the good fortune of connecting with Tatiana Bascope and we’ve shared our conversation below.

Hi Tatiana, we’d love for you to start things off by telling us something about your industry that we and others not in the industry might be unaware of?
How much work it really takes. Wether it be writing, acting, producing or honestly even being instafamous or TikTok famous now a days. It really requires work to succeed. To be seen in a sea of people that are trying to be seen. It requires so much work ethic, so much discipline, so much time and so much self love and integrity. People think becoming an actor or a filmmaker or even being famous is “like super easy” when actually it’s probably one of the toughest, most sacrificing jobs. To be truly great, to make worth while content, to be able to create takes work. Talent will only take you so far. Discipline, determination, consistency and character are what will fuel your career. Even if you’re really talented but you’re difficult to work with you probably won’t get booked often. If you’re an amazing writer but can’t meet deadlines chances are they won’t hire you again. Even being an influencer these day, your content needs to be consistent and entertaining while being concise and well edited, It’s not all glamour and champagne…… actually it’s rarely glamour and champagne…. it’s most always late nights, hard work, consistency and a lot of waiting for things to happen. You need to have a good head on your shoulder and really love yourself enough to go really hard for yourself and make the right decisions. If you’re not ready this whole world will drag you down. It’s a business after all. 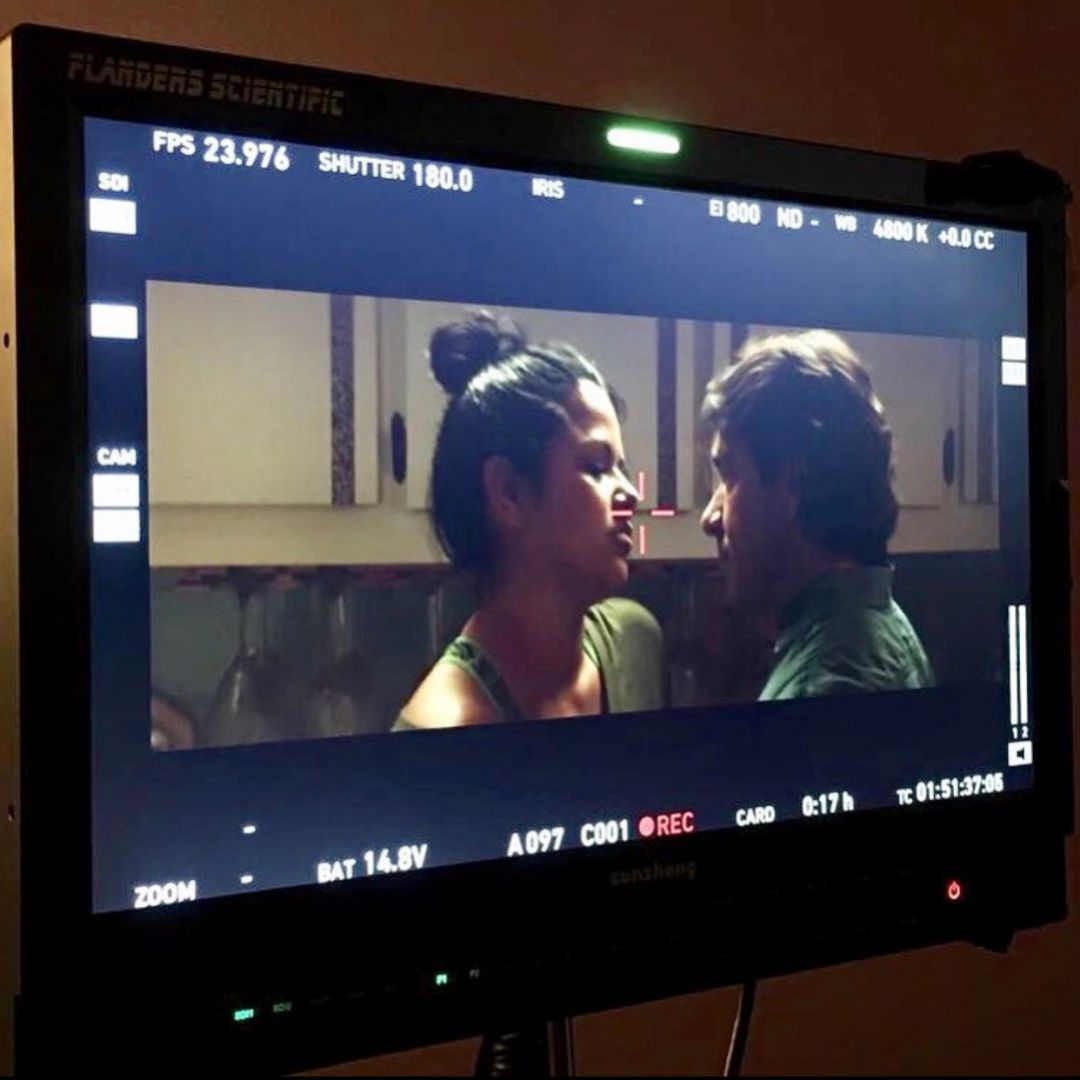 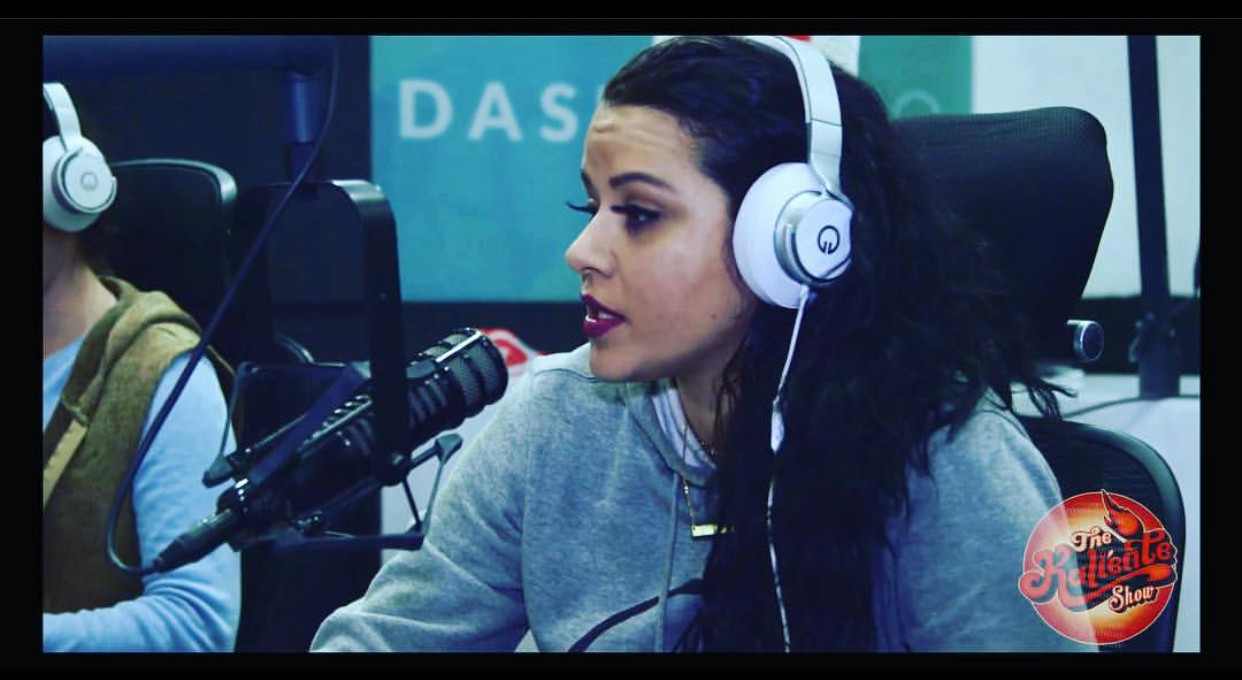 Alright, so let’s move onto what keeps you busy professionally?
The biggest lesson I’ve learned is that consistency and disciple are the true principles of success. When I first started my career at 21 I had no clue what either of those were. I was just excited to be able to skip out on my senior year of college, studying something I wasn’t even remotely interested in, to become a TV host in New York City. Excited doesn’t even begin to explain the feeling. I was 21 bright eyed and bushy tales absolutely clueless about absolutely everything. I’m from Santa Cruz, Bolivia raised by relatively conservative parents whose biggest dream was for me to become a lawyer…… sorry mom and dad. At 21 I was the Co-Host of Viva America, a Latin entertainment show that showcased the hottest Latin Artist and Music. It was on set interviewing Daddy Yankee & Don Omar that I learned how to turn the microphone on. I had the opportunity to learn while interviewing Romeo Santos. I know swoon. The best part of all? It was fun. It never felt like work. I was given so much freedom to ask questions, and rewrite segments. It was on that show that I learned how to write and produce. I was given so much opportunity and I took it. After Viva America I went to host another Latin Music show calle Latin Beat which is were I really really learned to write. I was able to write my own segments and be goofy and silly never being questioned. I look back and think how lucky I was. I had a whole team around me that believed in me. It was thanks to them I took my next step. My first short film. I rallied some of the most talented and awesomest friend to bring this idea in my head to life. It was one of the funnest times. We were creating art just to create. That’s was the beginning of it all and boy was it awesome. After a few commercials and independent films with the support of three other business partners we started Kee Films. An independent film company that produced its first feature film El Guardia. Filmed on location in Puerto Rico the movie went on to premiere at the Marche Du Film at The Cannes Film Festival in 2019. Inspired by my talented crew I along with Hugo Johnson went on to create Kee Records; an independent Latin music label that charted at #9 on Billboards with its first album. In 2018 I amicably parted ways with Kee Films and Kee Records to start my own project with a different vision. In 2020 I joined forces with Aida Justiniano and La Corporación in Bolivia to develop a TV App with a conscience; LA TV. LA TV is an application that will be available on IOS and Android at the end of 2020 with original content. Content that entertains, elevates and inspires. With the ever changing needs of our society and the desire to grow and learn a new way of watching television is born, No longer looking for meaningless content, LA TV looks to break boundaries of entertainment. It looks to challenge its audience to grow not only mentally but spiritually. Entertainment doesn’t always have to be meaningless it can be full of knowledge, laughter and thoughtfulness. While developing this new app I’m also working on passion project. A documentary on the fall and rise of Evo Morales & a country fighting against corruption. I’m just here trying to push boundaries and inspire consciousness. 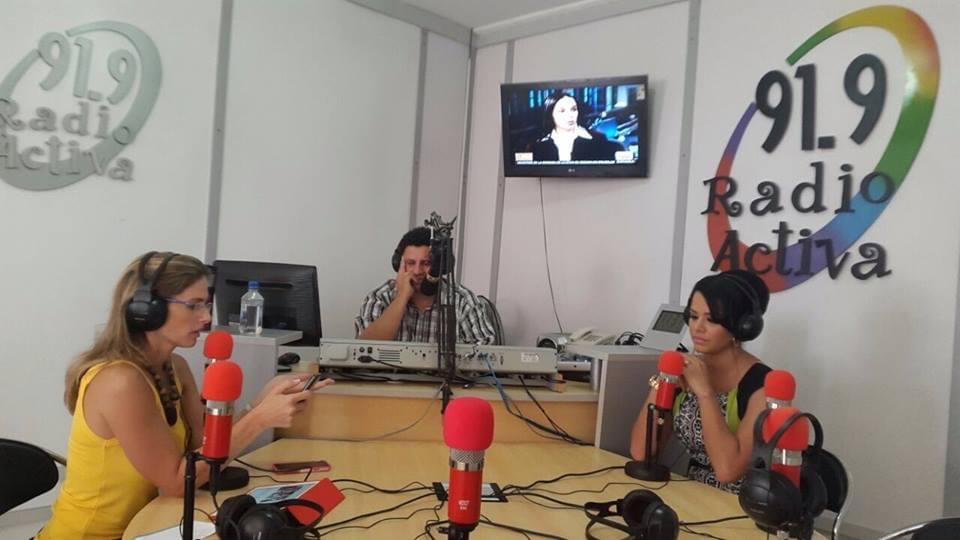 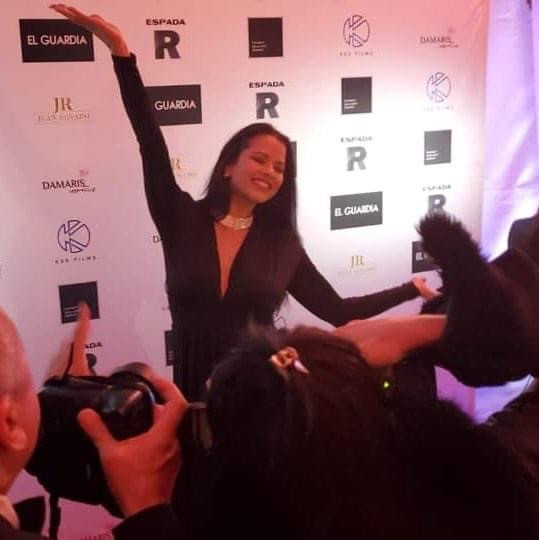 If you had a friend visiting you, what are some of the local spots you’d want to take them around to?
Itinerary: Breakfast : Malibu Cafe for a delicious view, amazing food and awesome ambience. A walk on the beach and walking around collecting sea shells then a drive back to Hollywood to enjoy all things touristy. Lunch: Ludlow Cafe cause…. duh. It’s an experience to be had! A hike at Runyon Canyon followed by a quick snack & refreshment at Aroma Cafe. I love it there. After that a nice drive to Laguna Beach to walk around and enjoy some oysters and delicious food on the strip. If it’s a weekend adventure we’d have to go to Catalina Island, San Diego and even Baja. My poor friend is going to be so exhausted 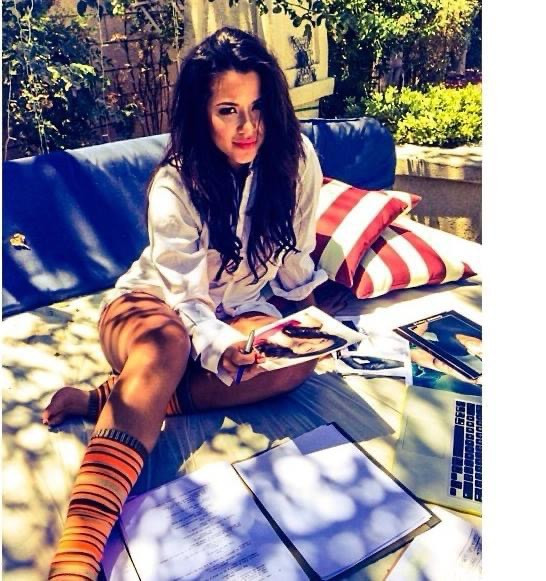 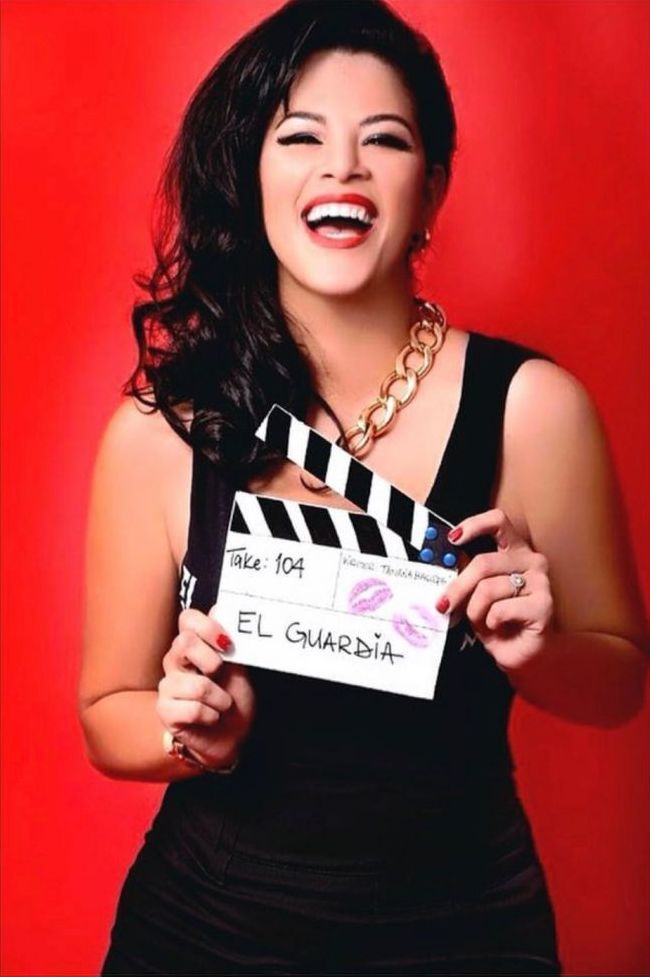 Who else deserves some credit and recognition?
Any one I’ve ever had the privilege of talking to, hanging out with, been friends with, have done life with, dated, been roommates with, worked with ….. Thank you ….. I have learned from you 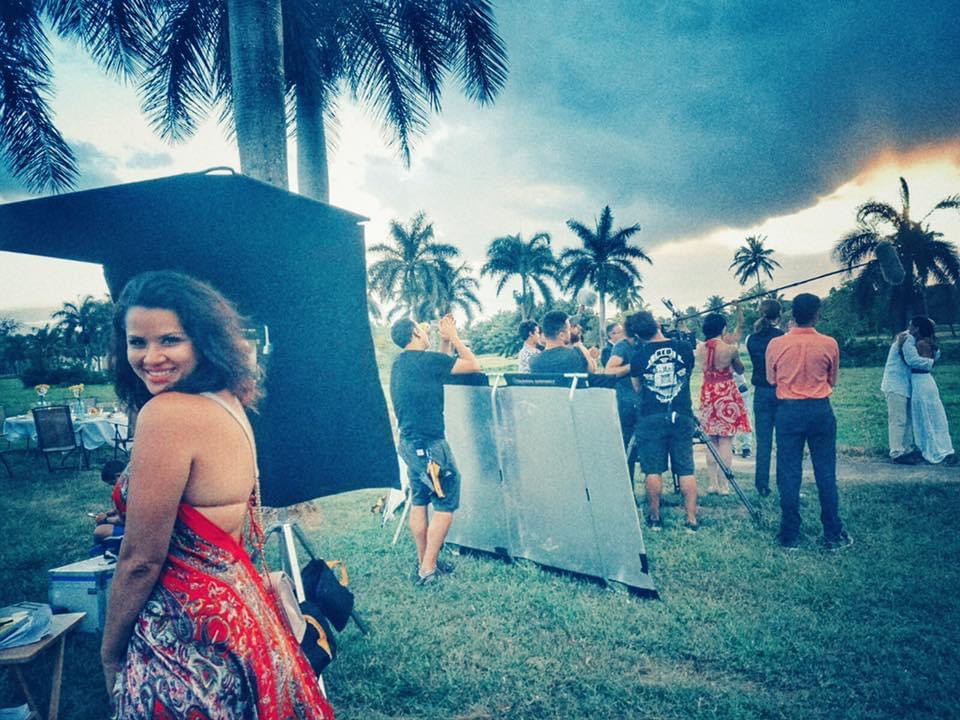 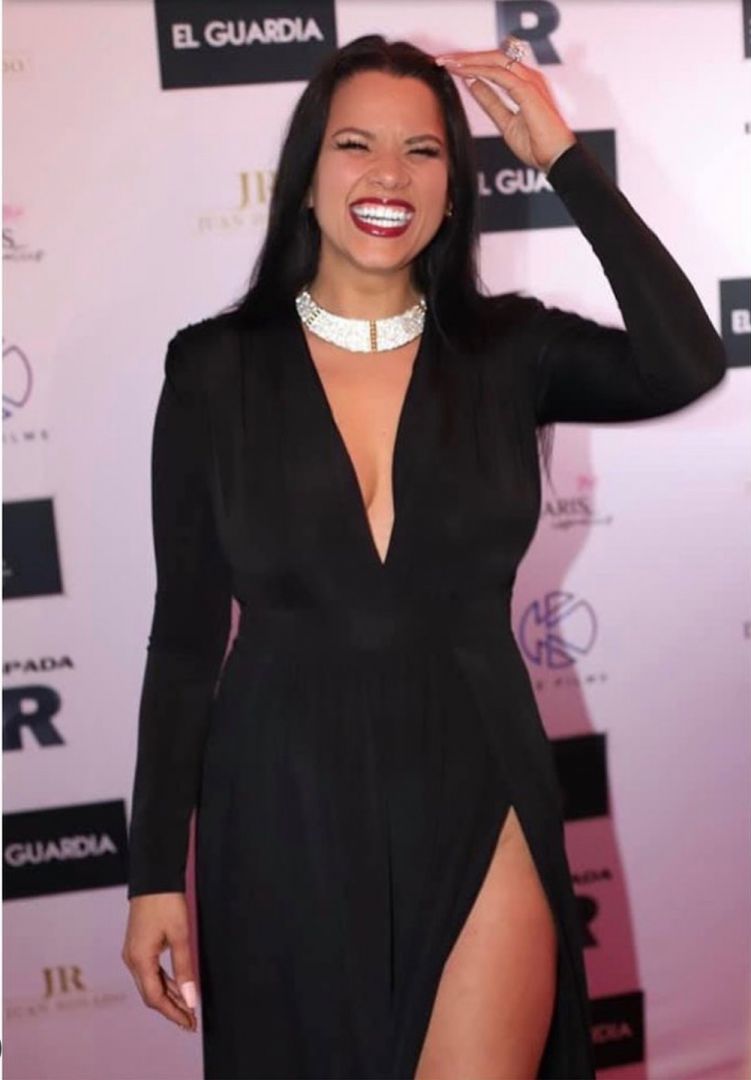