We had the good fortune of connecting with TONY TOWNS and we’ve shared our conversation below.

Hi TONY, we’d love to hear about how you approach risk and risk-taking

A definition of risk-taking is the act of doing something that involves danger in the pursuit to achieve a goal. That last part really speaks to me, “in the pursuit to achieve a goal.” My entire life, whether I realized it or not, has involved taking risks. I come from a small town right outside of Flint, Michigan called, Beecher – the home of the mighty Buccaneers a.k.a BUCTOWN!

Beecher is a place of community, love, support, and a mindset that you can achieve and be ANYTHING you want to be if you’re willing to take the right risks. That’s all I’ve known my entire life. The fact that risk-taking is dangerous and required to achieve a bold goal – excites me. I love a challenge; I love achieving what others deem impossible; what others might question or fear.

What we are doing at Defiant Digital is a big risk, why?  Because we challenge the status quo. The content tells black people you don’t have to wait for Hollywood to validate you; don’t wait for anyone to validate your dreams and say, “you are worthy, you can speak”. The truth is you can create content for people that look like you and be successful, period.

I admit this is scary for most people.  I was afraid to play the Judge on our new major hit show, Cancel Court because I didn’t know how people would perceive or if they would accept me. I didn’t know if I was good enough to host a show that asked bold questions – even with powerful and professional talented actors and comedians beside me in each episode! But what I did know was that I had prepared to take a risk for a momentous opportunity such as this for years, so with the support of the creators at Defiant Digital, D’Mario Dudley, and Kenny McClendon, I went for it. I embraced the risk and answered the call with everything I’ve got and I THANK GOD that I did. The show is a big success and was well worth the risk.

Do I still get scared? Yes! Do I get nervous? All the time. Do I fear failure? Sometimes. But I know, if I continue to try; if I continue to give my all, then I will be at peace and that’s priceless. I know taking risks like these pays off and will open doors for me but also others. This especially drives me; my calling is BIGGER than me. If I don’t take the risks, if I don’t bet on myself, my dreams – and the dreams of many others that are tied to my success and my purpose – might not ever happen. Success is not solely monetary, but the fact that I have momentum and reached this level of success thus far can inspire others to know that anything is possible

This path is not easy but all the tears, struggles, rejections, and periods of lack of support mean something. Those dreams mean something, so I know that what I do and am accomplishing is bigger than me. So many doors and opportunities and possibilities have opened because I submitted to my purpose and went for what God has called me to do. Specifically, the call to use the art of entertainment to change lives; to expand minds and hearts with boundless belief and bold possibilities. It is easy? No! Is it hard? Very. Do I get frustrated and want to give up? Sometimes. But is it worth it? Absolutely. I know God’s got me. He brought me here, He’s my guide, I’m simply His vessel so I work hard to keep my spirit healthy and receptive to God’s direction. That said, I’m going for it all. I’m taking big chances; I’m taking big risks. I pray everyone, YOU, DO THE SAME! BE BOLD, BE BRAVE, AND BE BEAUTIFUL! 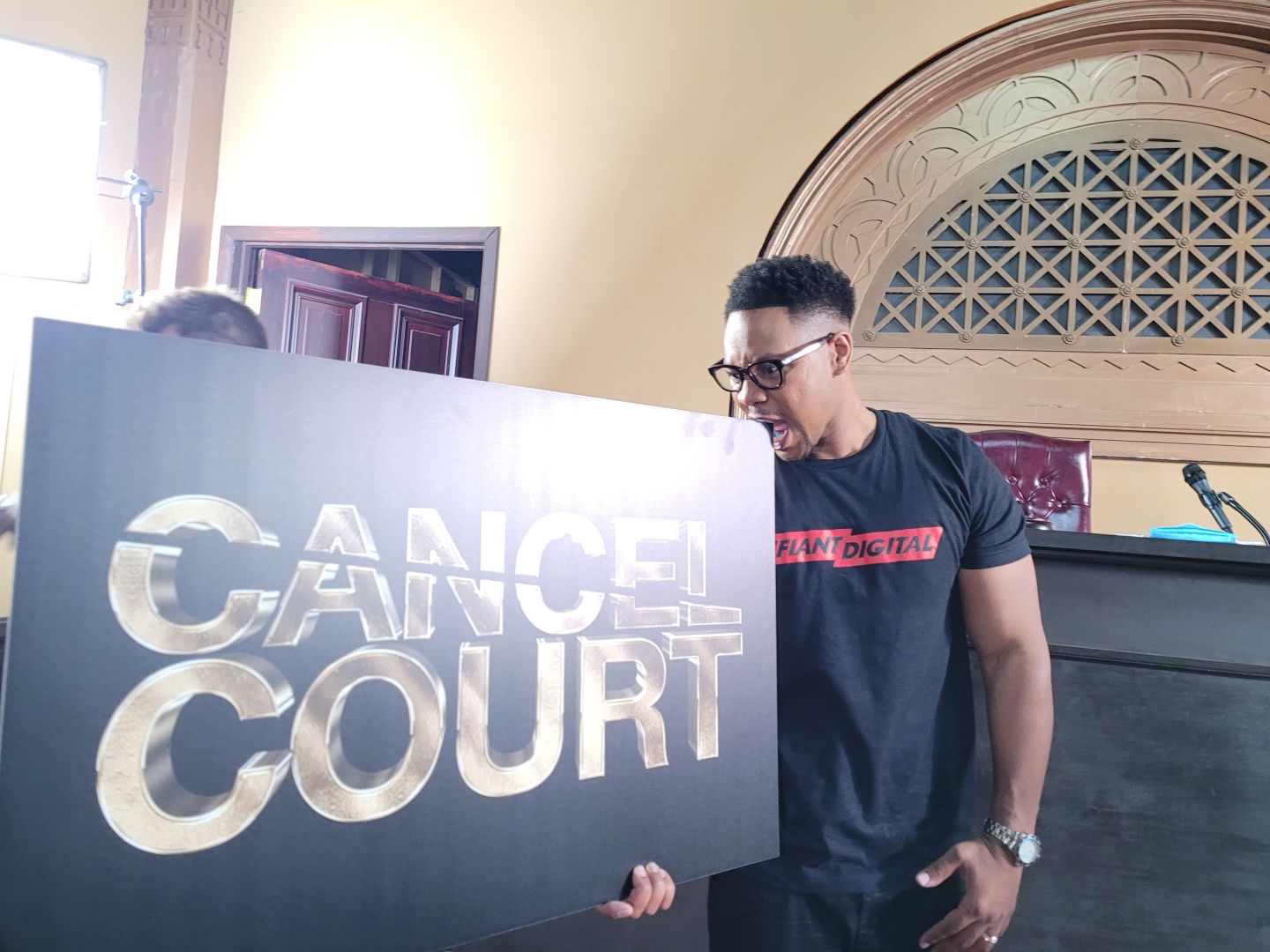 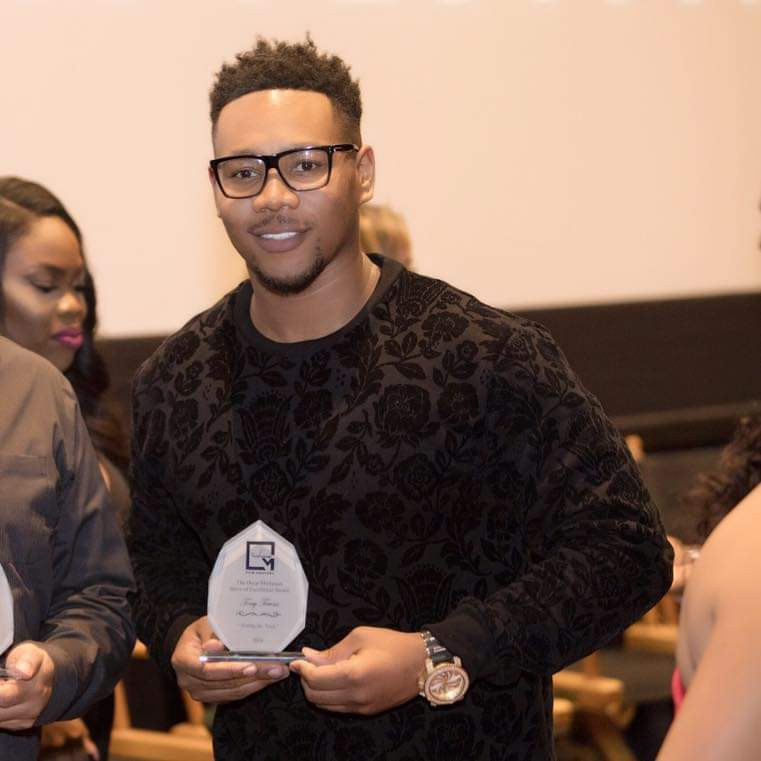 I am a driven person so professionally I keep very busy.

I graduated from Michigan State University, with a degree in Broadcast Journalism and a minor in Political Science.

After graduating, I moved from Flint, Michigan to sunny Los Angeles and pursued my dream of working in the entertainment business. I began working as the Executive Assistant to Jean Hester, the Vice President of Production at Disney’s ABC Studios, overseeing production on hit shows like Modern Family, Cougar Town, Desperate Housewives, Jimmy Kimmel Live, State of Georgia, Scandal, and Revenge to name a few. A year later, I was hired as the Executive Assistant to the President of BET Networks. There I learned the power of investing in the people I work with and learned what kind of boss I aspire to be. After I accepted a position as the Associate Producer on MGM’s hit show, Paternity Court – and that was a ride! I learned so much more about producing for television and connecting with extraordinary people.

One of my bosses, Emmy-winning Producer, Christal Ransom, really guided me. She really saw something in me and took the time to teach me different skillsets that exposed and engaged me with the television world in a different way. Being new to the business, I made mistakes, but I learned from them and realized they are required to learn and grow. The key was having mentors that I could turn to – to help me “fail up” instead of falling down along the way.

From there, I continued to build my name and expertise working on multiple TV productions from Scott Baio and Mark Curry’s, Nickelodeon show See Day Run, Tori Spelling and Jenny Garth’s Mystery Girls, and ABC’s The Real O’Neals, and the People’s Choice Award winner for Best Cable Comedy, Baby Daddy. I also worked on CBS’s hit comedy show, Young Sheldon. While I typically work behind the camera, you can also catch me starring in season five of Baby Daddy on Netflix. I have to say thank you to the Creator of Baby Daddy, Dan Berendsen, and Line Producer, Tim Marx for taking a chance on me.

Investing in the community is an important and rewarding part of my profession; I am the Co-Founder of the Entertainment Leadership Academy, an organization focused on helping foster the talents of high school students interested in entertainment. Giving back has been one of the highlights of my career. Setting the path for others to follow and be the best version of themselves, and giving others a chance to pursue their dreams is what it’s all about.

Never give up on your dreams and be the best version of yourself no matter what! Have faith, watch God move mountains on your behalf, and believe the best is yet to come. 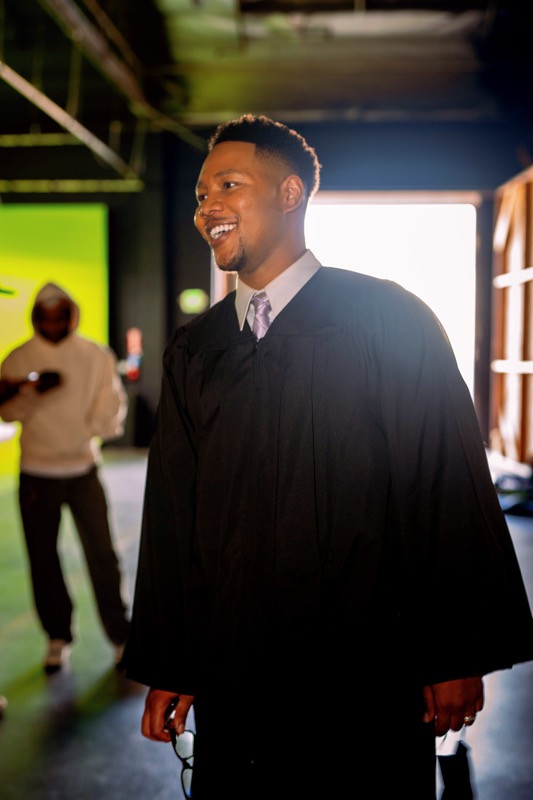 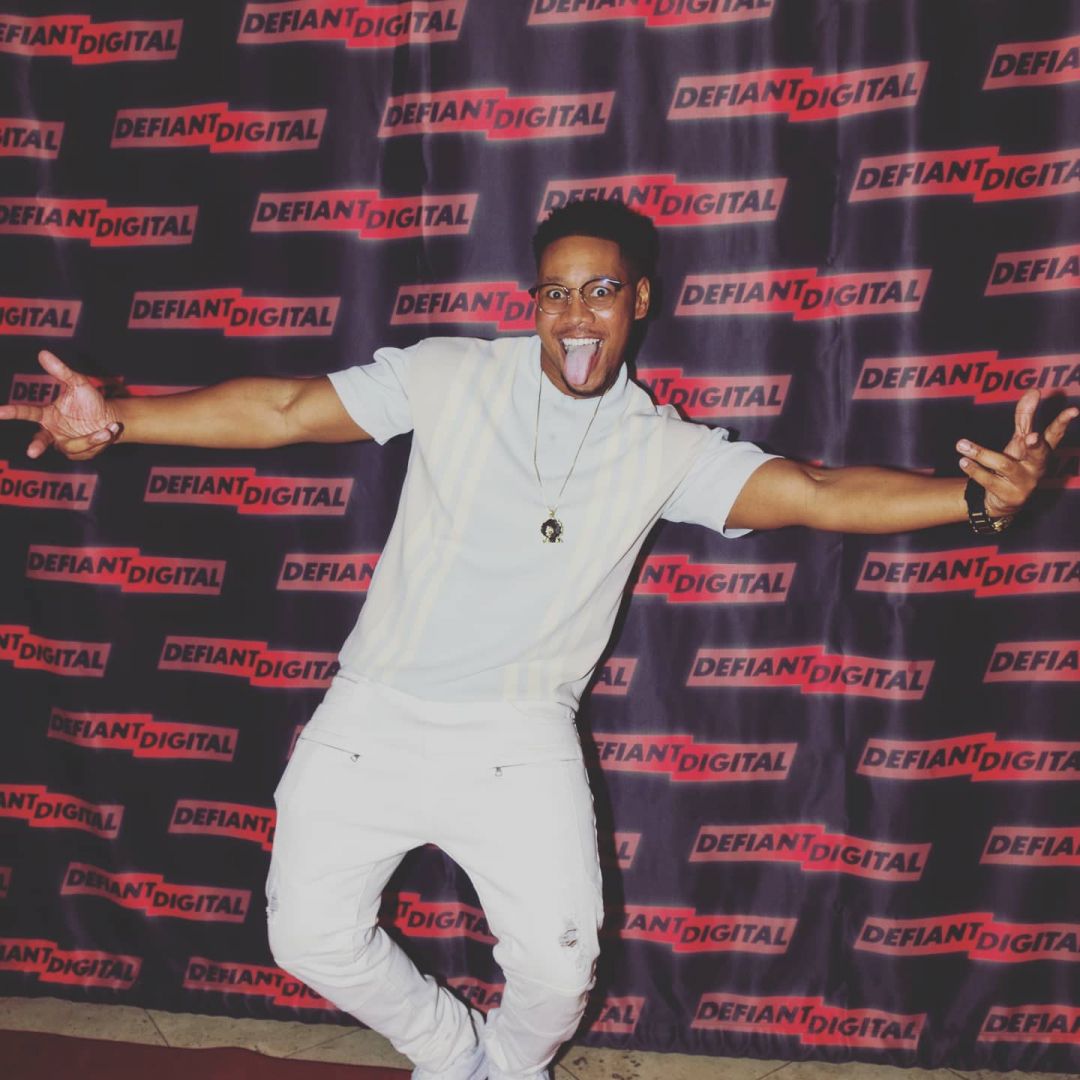 If you had a friend visiting you, what are some of the local spots you’d want to take them around to?
It’s hard to say because there’s so much to do. I love the beach and I love the ocean so I would recommend Redondo Beach, Manhattan Beach, and Hermosa Beach – really any beach in LA is great. It’s relaxing and they all have beautiful views.

Food-wise – that’s hard as well because there are so many options. LA has some of the best food spots in the country. Mexican food is a must and there are countless amazing Mexican restaurants and popups. Two of my favorite food spots here are – Taco Mell Catering on Crenshaw Blvd and The Court Café. Both are black-owned businesses with great service, great food, and great vibes.

Shopping in LA depends on your wallet. If you are cheap or on a budget – shop Downtown LA in the Fashion District. If you’ve got money – that PPP loan, that stimulus check, or that tax return money – go to Beverly Hills and shop on Rodeo Drive. There are also a ton of great malls all over the city. 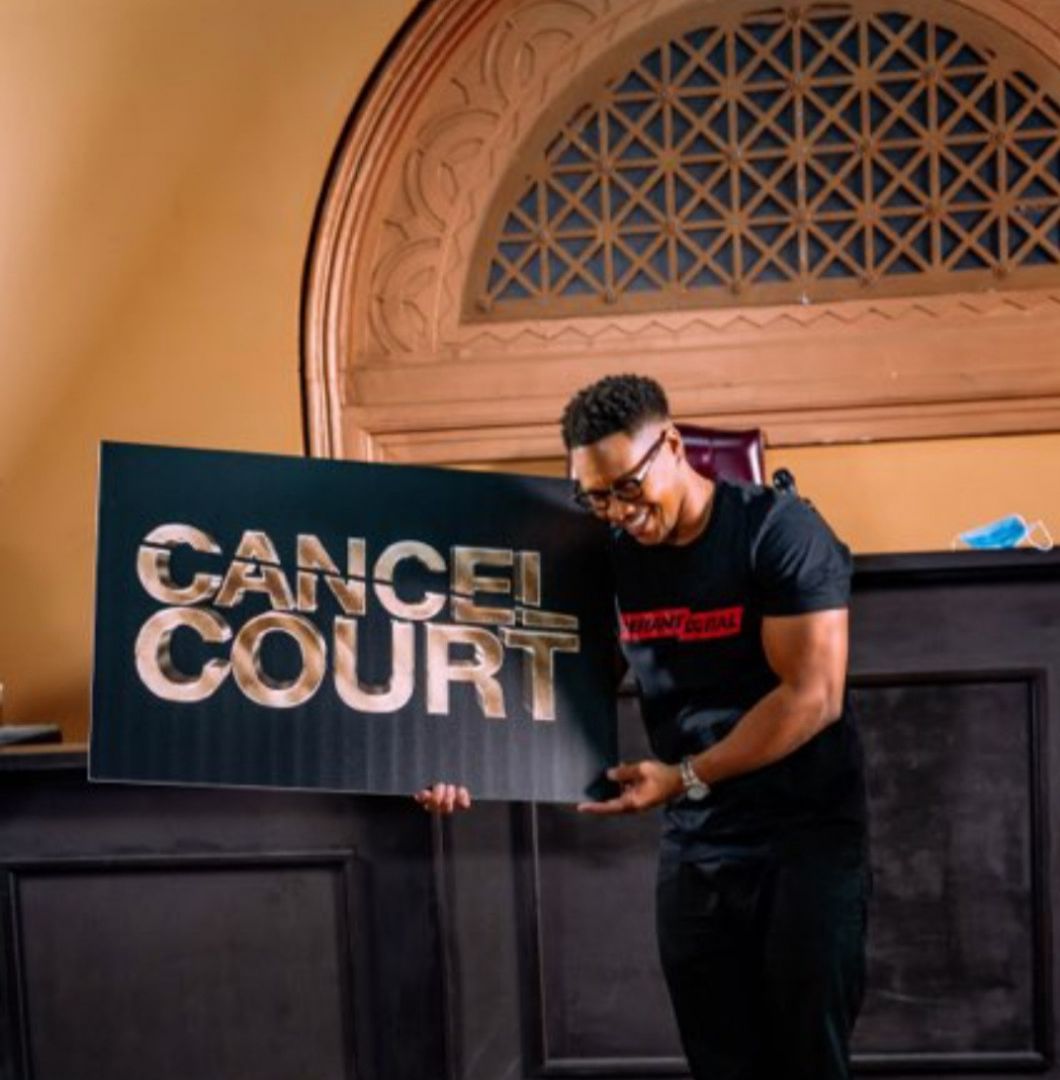 The person that’s had the biggest impact and influence on me is my grandfather, Wiley King Towns. Without question, he’s the real GOAT! He taught me discipline and hard work. I understood from a very young age, that no one is going to give you anything, you have to work for it, earn it and when you do that, no one can ever take that away from you. He served his country and he served his family with honor. I couldn’t have asked for a better role model and leader.

But, by far, the best thing my grandfather ever did for me was introducing me to Christ. I know God for myself and I truly have a personal and spiritual relationship rooted in the love of Christ. I’m thankful it was never forced upon me, it comes naturally. Am I perfect? Hardly. That’s why I continue to lean on God and His word to guide me along on this journey. It’s been an adventure so far so I can hardly wait to see what God has next.

RIP TO THE GOAT, My Grandfather, Wiley King Towns. I dedicate this to him. I love you. 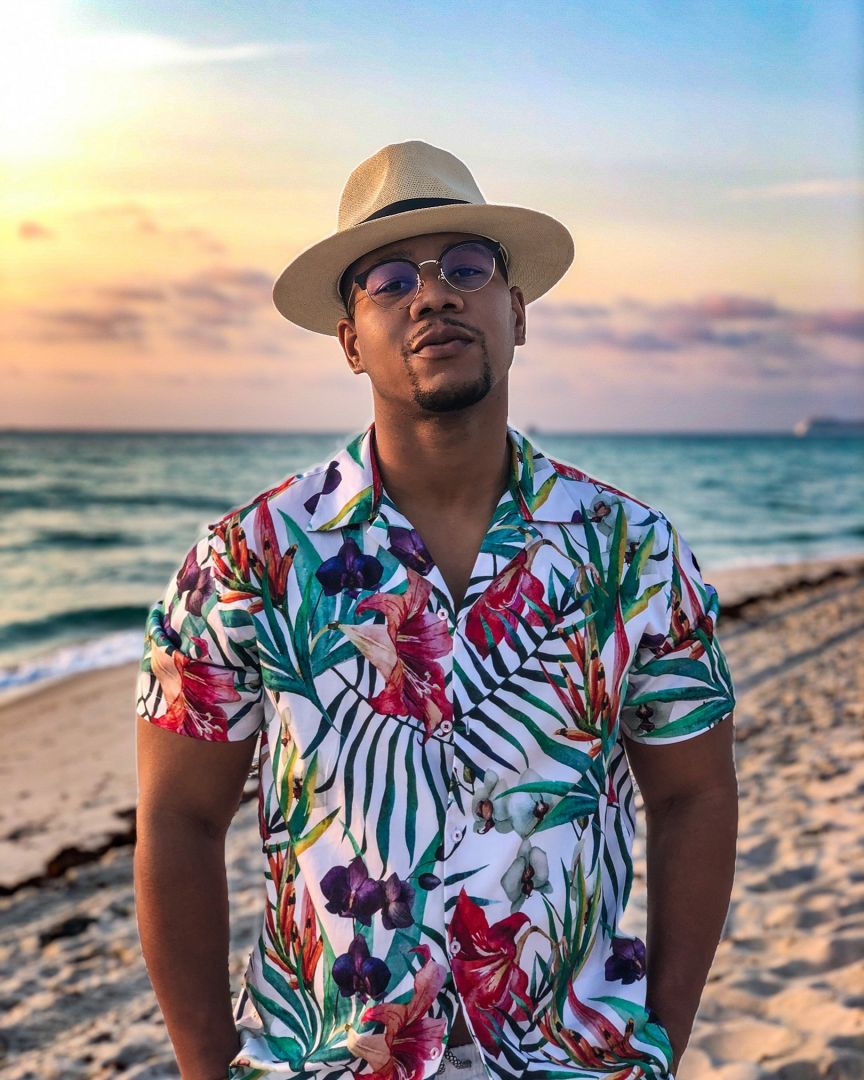