We had the good fortune of connecting with Trevor Wright and we’ve shared our conversation below.

Hi Trevor, have there been any changes in how you think about work-life balance?
This is an interesting question to me, in more than one way. It’s also one I was hesitant to touch on – but ultimately that’s what made me want to answer it. The short answer is that I never really stopped to consider any kind of balance. Moving out here over a decade ago was always about what next step I needed to take (or thought I needed to take) and I always told myself that nothing else mattered – except for whatever else that next step was. That’s a longer way of saying there really was no balance, at least not in my mental approach. I was more than okay with putting the “life” side of that balance equation on hold, so long as the “work” side was progressing, even if at a snail’s pace. It really wasn’t until this year – 2020 – of all years, for me to focus and hone in more on what *I* needed. The balance has been much more about tending to my physical and mental health, while still exploring ways for me to exercise my creativity. In the end, it has helped me also fine tune my voice, as that creative individual. That’s an even longer way of saying the balance is a work in progress, but one I am finally learning to embrace and enjoy. 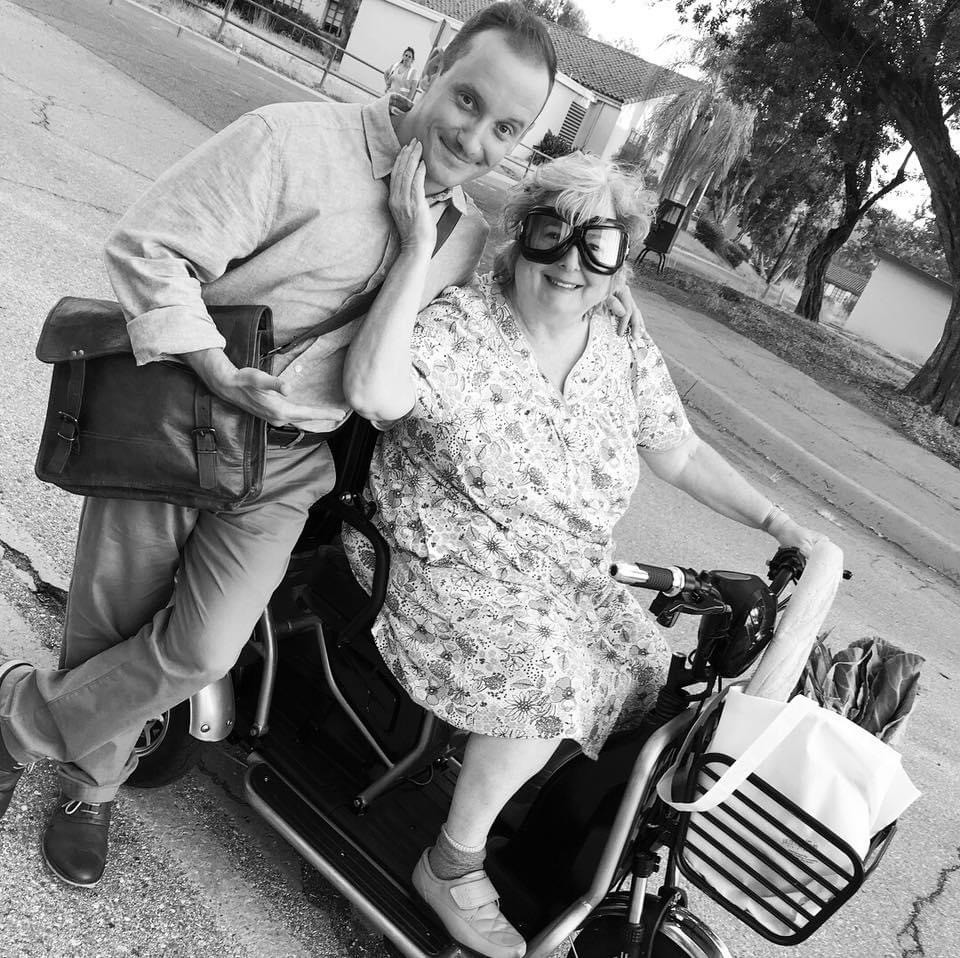 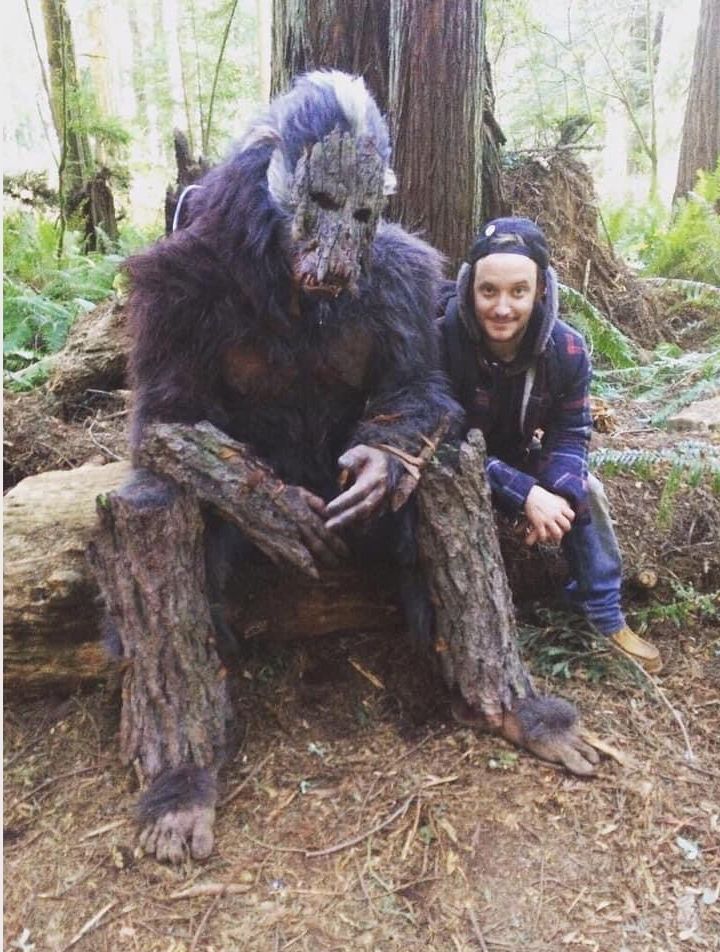 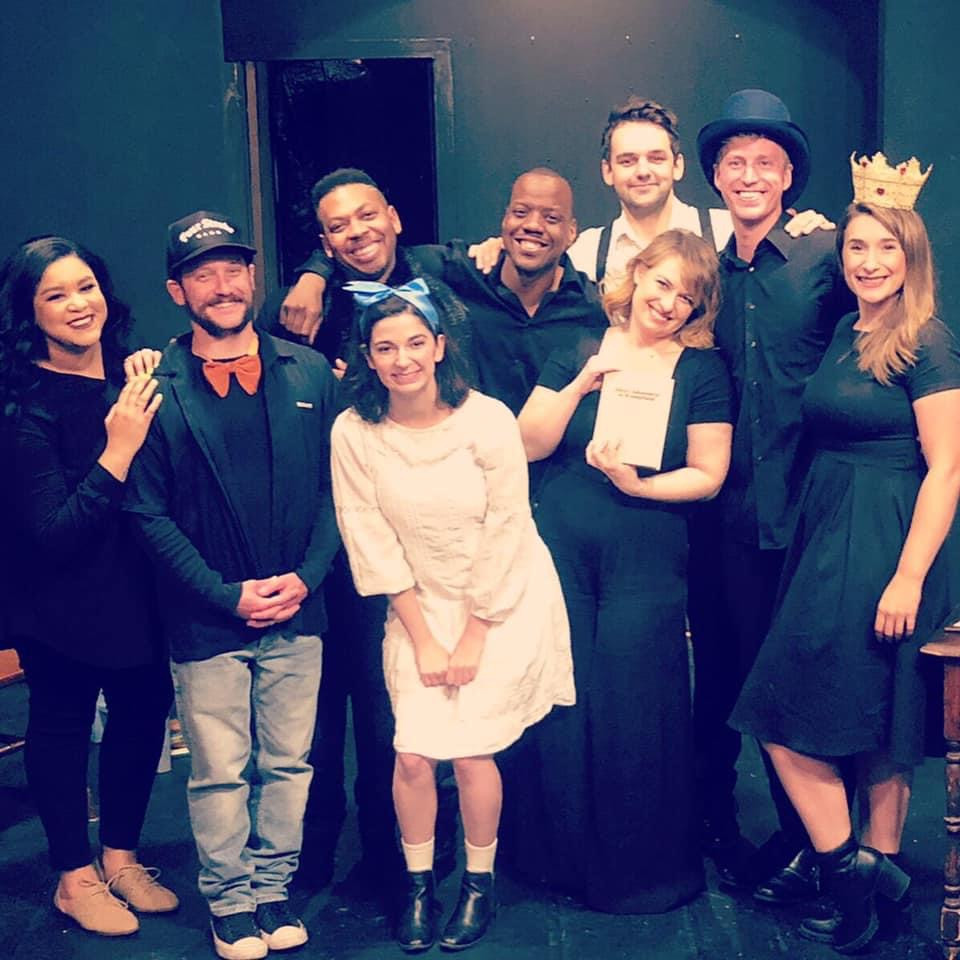 Can you open up a bit about your work and career? We’re big fans and we’d love for our community to learn more about your work.
It’s so cool and interesting what you guys have going on here: where the emphasis is built around a collective of people shouting out and recognizing someone else within their respective live(s). It’s why, thinking about the questions raised here, I am reminded of so many faces, and so many instances where these people played integral roles in shaping my career. Opportunities that sometimes felt like they landed in my lap, simply because someone was willing to take a chance on me. Ultimately that’s what it’s all about out here, right? A chance, or an opportunity. And often times they present themselves to you in ways you would have never imagined. I hate to sound so dramatic or cliche, but it’s true. For example: stunts and rapping. Neither of those things come to mind when you see or meet me, but I have probably spent more time doing either of those things than I have auditioning for parts. And maybe there would have been a time when that kind of realization would have hurt my feelings, but I am rather proud of the time served in both those arenas. More to my point: I wouldn’t identify myself as actually being a stuntman or a rapper – but I found out along the way that I can actually do both. And do it in a way that is unmistakably all my own. In a way where you won’t be able to take your eyes off of me. But those are features I possess. I never realize them myself if not for those people referred to above. Those opportunities. Here comes another cliche, but: it’s not what you know, it’s who you know. And the people I have been blessed with have given me these opportunities, these moments – where I have been able to make the most of them, and learn even more about myself along the way. For all the people and all the opportunities, it has certainly not been easy though. There was a time where paid audience work was all I could come by, while often finding myself at the mercy of whatever season we happened to be in. But, if you are the type of person who other people enjoy working with, that will be your calling card. I’ve tried to live by that, and make it my hallmark. As for specific projects and things of that nature, I’d like to highlight 3 different ones. At some point, when you can, pull up YouTube and type in “Strip Club The Series”. As you can tell, it requires some precision, but once there, I hope you enjoy what you see! That was a real cherished time. Maybe you’re in the mood for a movie? In which case, flip over to Amazon and look up “Primal Rage”. No, not the game. They don’t make ‘em like this one any more. Thirdly, to answer the part about my brand or my story? Can I interest you in a podcast? One that tends to get geeky and curse-y, sporting a healthy mix of 90’s nostalgia with plenty of love for things like Star Wars and (almost) anything Batman – all while never really taking itself too serious. If so, then look no further than to The Pie Guys themselves. – currently available on Spotify, Google Podcasts, Breaker, Radio Public, & Anchor (with more platforms coming). Shameless self plug aside, the podcast is particularly special to me as a bit of a pet project, but more so in that it has helped me refine and even redefine my own voice and brand – while simultaneously also quite literally telling at least parts of my story. And we’re just getting started…. 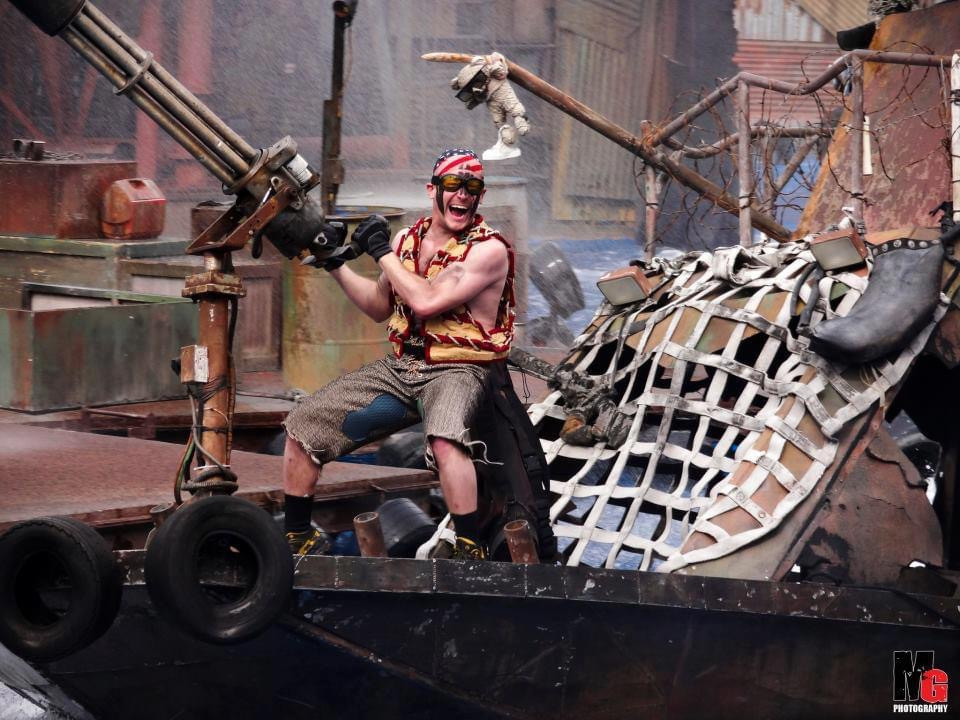 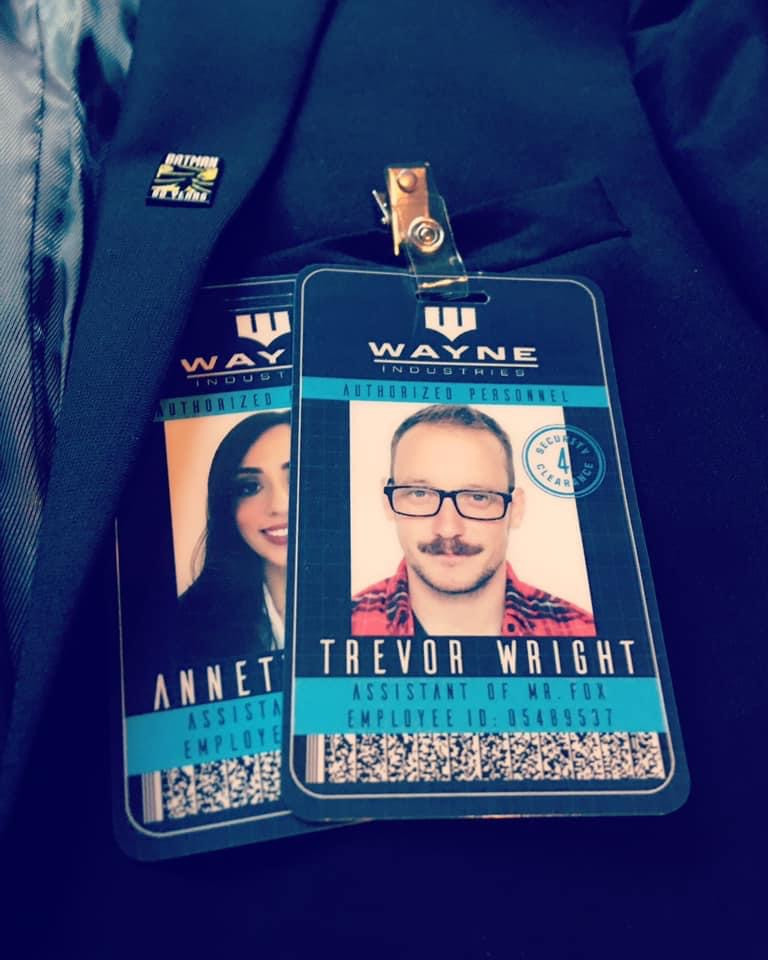 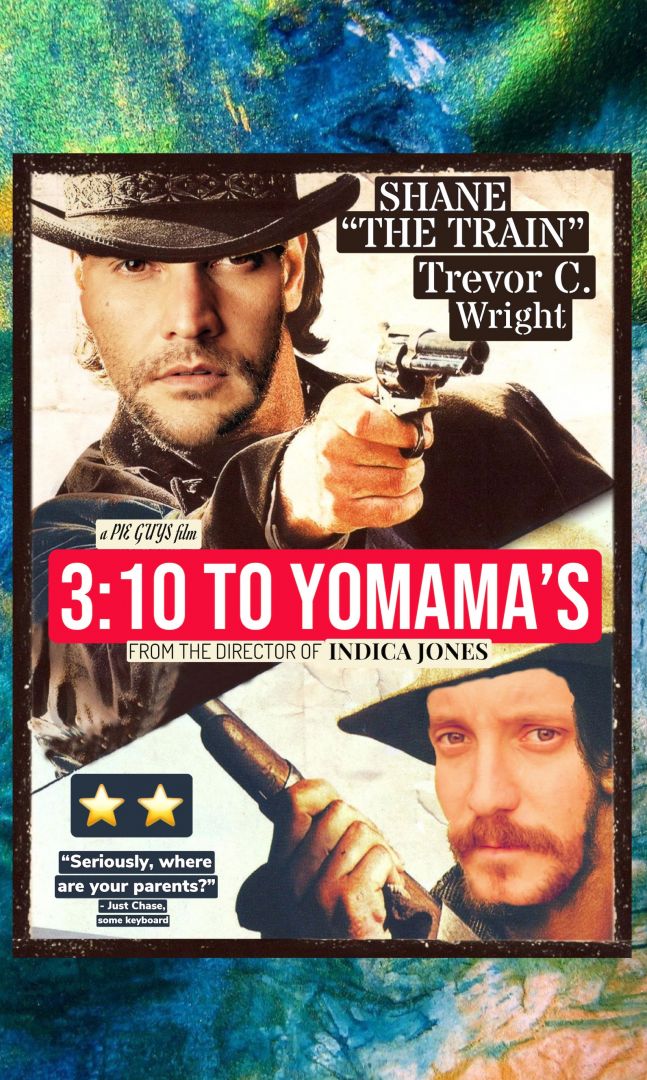 Any places to eat or things to do that you can share with our readers? If they have a friend visiting town, what are some spots they could take them to?
I gotta admit: initially I was thinking I’m not gonna have a lot to say here, but the more I think about it now, the more I realize this could be a very busy week! So, look: obviously this is not in the year of quarantine, but with everything the city/area has to offer, I gotta say I am not the type to always be at the beach or shopping at The Grove. I’d want to start the week off by taking as much of a day as possible over at The Getty. I wish it hadn’t taken me so long to finally go there, so that’s definitely why I’d want to kick things off with that. There is just so much to see and do there, it’ll keep us plenty busy but also give us time to catch up! That first night should come to a close with a stop at Jumbo’s Clown Room, because it’s always pretty exciting there, and it just needs to be experienced. We could continue to lose a day exploring all the wonder of Magnolia Park, and get our grub on at spots like Barney’s Beanery or Don Cuco’s out in Burbank. Speaking of losing days, we’d definitely sink some quarters into all the games at Barcade, out in Highland Park. Just go there, you won’t be sorry. But don’t worry, because nightlife would consist of The Comedy Store one night, the Ice House or Bowlmor out in Pasadena another – and Friday night is reserved for a game at Dodger Stadium – home to *The* World Champion, Los Angeles Dodgers: complete with Dodger Dogs, Modelos, foul ball territory, and (of course) a win! But how can you forget places like the Hollywood Bowl or the Magic Castle? I suppose no trip out here could be complete without some theme park action – but not the one you’re thinking! Time must always be made for Universal Studios and Knott’s Berry Farm, if yer askin’ me. Cole’s French Dip (also a speakeasy)?Maybe a night of karaoke at The Good Nite? And we’d have to make some special time for M&M Donuts, even if it is in Anaheim. Believe me; it’s worth the drive and the wait. Believe me. How’s that for a homebody?? 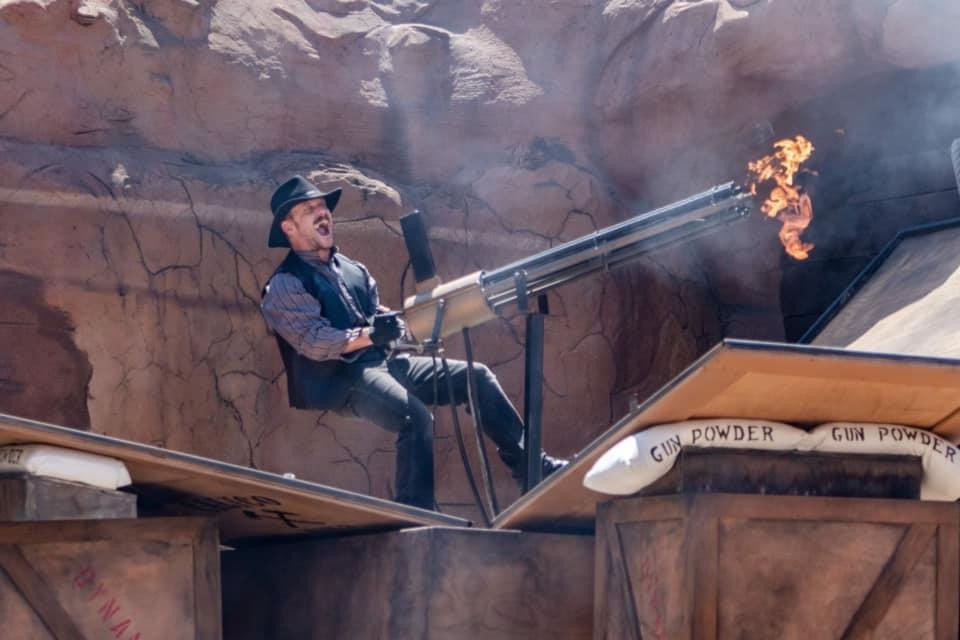 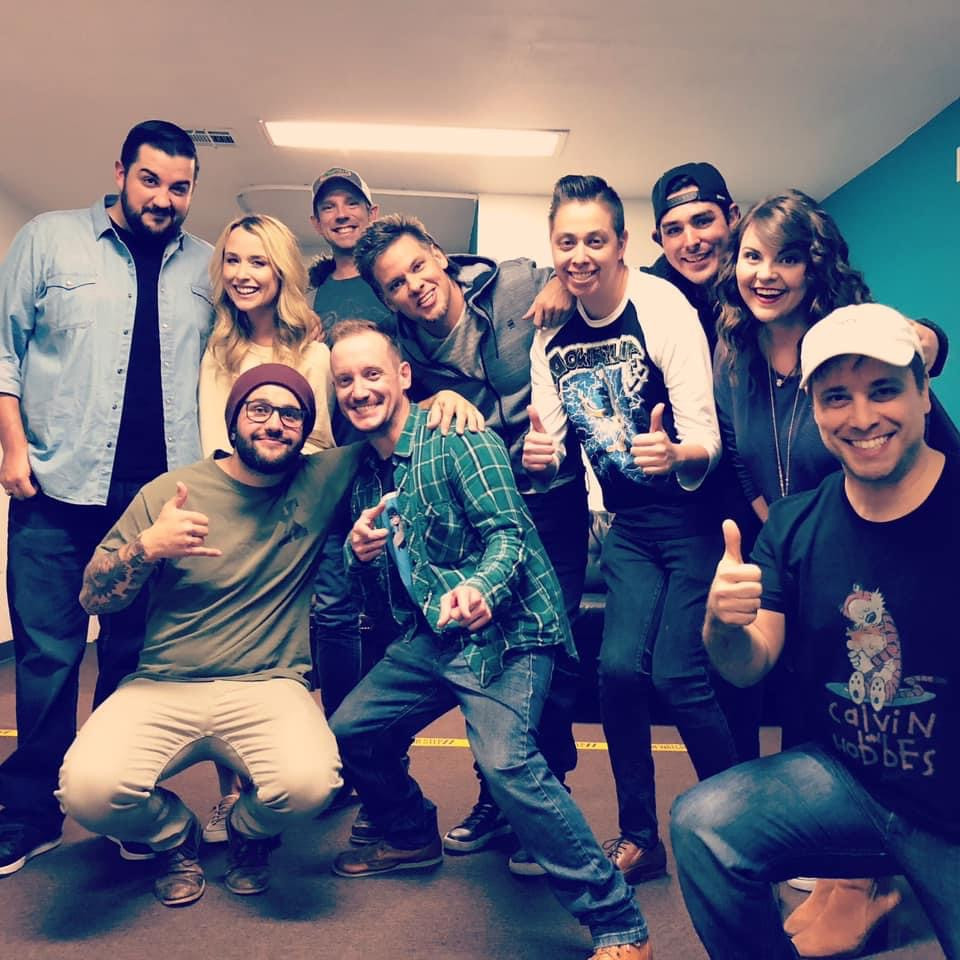 Shoutout is all about shouting out others who you feel deserve additional recognition and exposure. Who would you like to shoutout?
I would love to take a moment to recognize everything that is Comedy Mashup. For the last handful of years, CM has been putting on live comedy, on the first Friday of every month, and doing it in a really fun, and refreshing format. The show blends improv and standup comedy into a 2 hour onslaught and does so in an area that doesn’t have the same kind of access to the kind of caliber of comedy that the rest of the region could provide. Yet, the show has been dutifully produced by my good friends Dan Fowble and Paul Dison, respectively, for a handful of years. Thankful doesn’t really even begin to describe it, but thankfully I have played a part for the majority of those years. Even just the one-hour-a-month of unabashed ridiculousness has been so vital to who I am. The stage time there has made me a better person, and helped me discover depths and dimension to not just my voice, but myself as a person. I can’t heap enough praise or thanks on the likes of Dan and Paul. Much love to them, and they are more than deserving of a shoutout.