We had the good fortune of connecting with Triet Nguyen and we’ve shared our conversation below.

Hi Triet, how do you think about risk?
In the 90s, a girl and a boy from Saigon took a risk and fought from their respective family’s financial struggles to become a gynecologist and a software engineer. They got married and had me. 20 years later, they took another risk sending me to school in LA for a Bachelor of Arts with almost half their life-savings. I took the risk of approaching a man and woman of hardcore science with a PowerPoint presentation and told them I wanted to…design theme parks for a living. You see where this is going.

For me, taking risks is like going down a choose-your-own adventure path that no one has ever walked. We hesitate because we simply can’t see or control what the outcome is going to be. My parents said “There are risks in everything you do. You can’t control that side of the equation, so focus on what you can control and be the best at it. Prove your side of the equation”. It only took me a retrospective look at their lives and how that has culminated in where I stand today for me to realize what they meant.

It’s not a hyperbole to say that my current job (or any creative job) requires risk-taking on weekly basis, whether it is to propose a new game concept or a simply a logo design. We always hold our breaths during executive feedback sessions, and then once again when a project goes out into the world. We can’t control how people will respond to our ideas, but what we can control is how we can be best prepared to persuade, win, and respond – from researching our audience to strategizing presentations and anticipating questions. Preparation is the scientific combination that results in great work.
And if it doesn’t work out, at least we have the lessons learned as our own data to be better equipped for the next risk.

People will tell you to take risks, but let me be the one to tell you to not take them for granted. Apply for that job, enter that competition, show up to that audition. You never know what’ll happen! 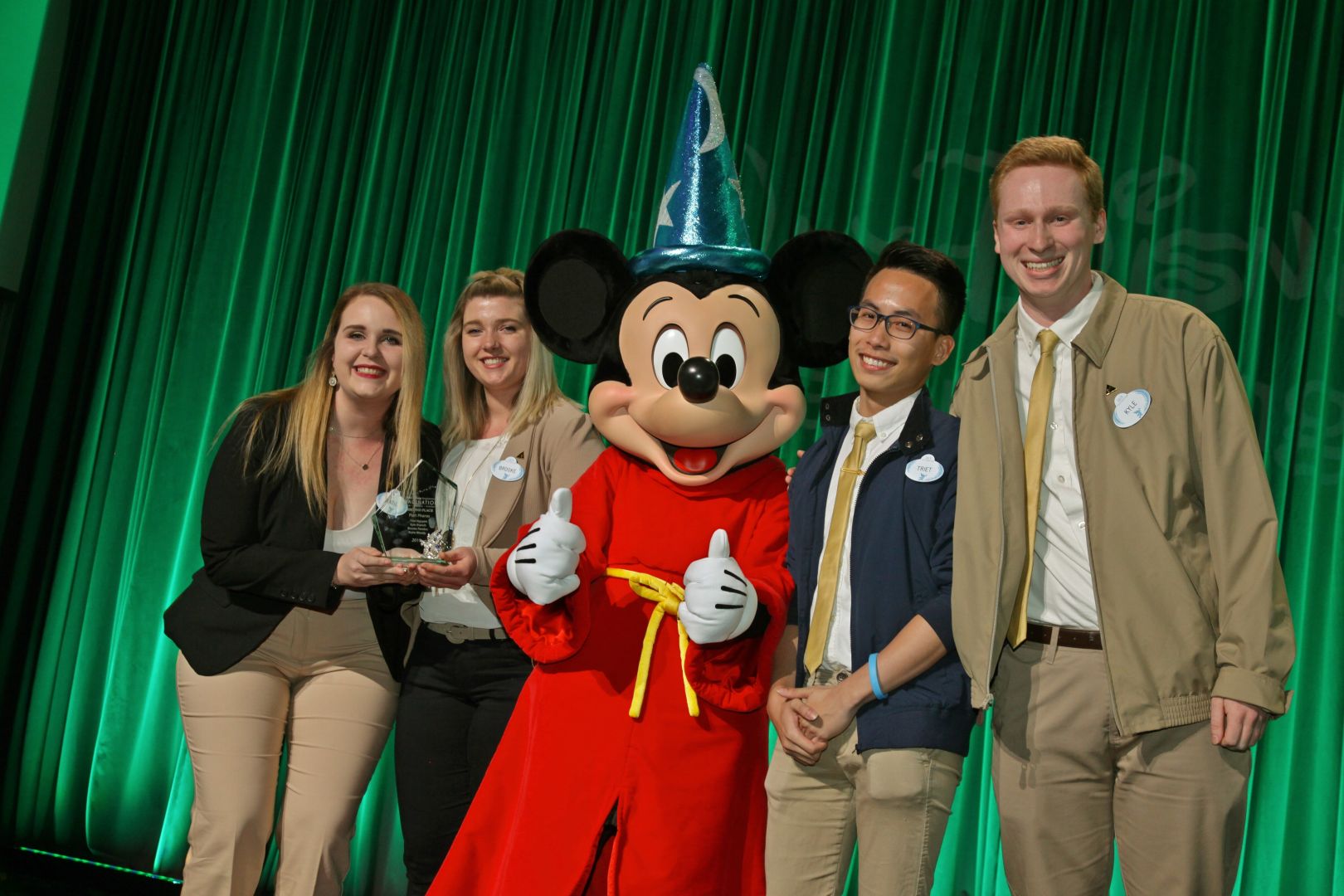 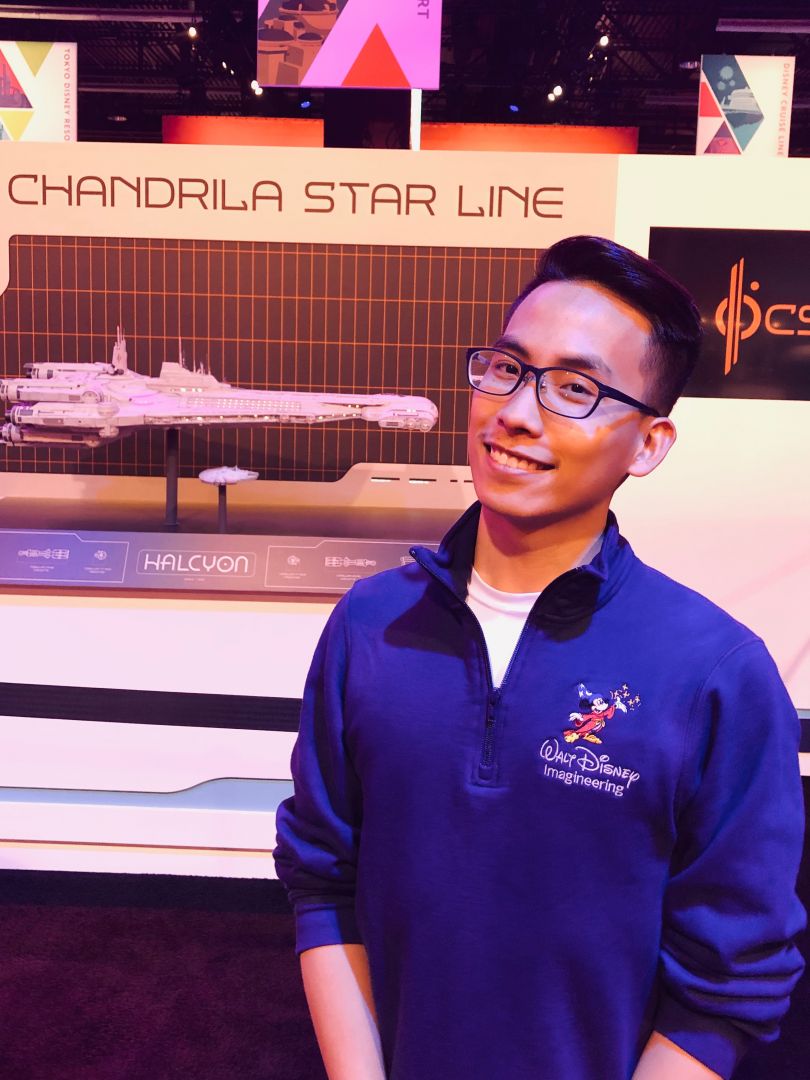 Can you open up a bit about your work and career? We’re big fans and we’d love for our community to learn more about your work.
In 2006, my family took me to Disneyland for the first time. Our first attraction at the park was an immersive 3D show that had the characters throwing water, smells, and props at you. As a kid who grew up with VHS and the deepest TV ever, all of that was mind-blowing to me. But there was a moment in the show when Goofy walks around the auditorium to check the backstage area, and his voice literally travels from the left wing to the back of the room where he trips on a cat, and then to the right. For a kid who was obsessed with doing DIY fountain show with hoses in the backyard to impress his parents, that blew my mind. I knew I wanted to be someone who can produce such work that make people happy, and felt the same way I felt sitting in that chair.

I approach every graphic, every game mechanic and design project with that as the goal: making someone happy, and get so swept up in the experience. The reason for that is because I do genuinely believe when we’re inspired, we become curious, and therefore learn and grow, just like I did with theme parks and immersive experiences. My first attraction at Disneyland left such a big imprint on me that it got me curious as to how the show was designed and built. I started watching YouTube videos and reading anything I could find to learn and become a good designer. I began to draw castles, make websites and designing games. And now that I get to do so for a living, I wanted to make sure that every project, game, and media I work on would move, inspire, and light a spark in my audience.

Having lived in LA and being surrounded by supportive, creative people really helped flame the spark that was ignited in me. My circle of friends and collaborators always has a way of empowering but at the same time humble me. I strongly believe in the power of collaboration. With technology changing and growing on a daily basis there’s constantly a new software to learn, a new medium to harness, and a unique perspective to reach out to. That’s why I do not hope to cease expanding my creative circle anytime soon.

I got to work on a project called Elemental Dash last year, which was such a thrilling experience as my team and I gave ourselves a prompt to design and illustrate a theme park experience in the age of mobile phones and digital distractions. On that project, we got to play with so many different perspectives that were outside of the box, and I was very proud of what we created in the end. You can read more about the project here: http://trietcreative.com/games

This is just one of the many examples that go to show how I really enjoy networking, meeting people and listening to new ideas. Because as I do so I find new perspective to learn and new areas for myself to improve on. Listening is such an important skill that no one ever talks about, but it’s the reason I am where I am today. As a designer, I seek to inspire people, and as a producer, I seek people who inspire me. 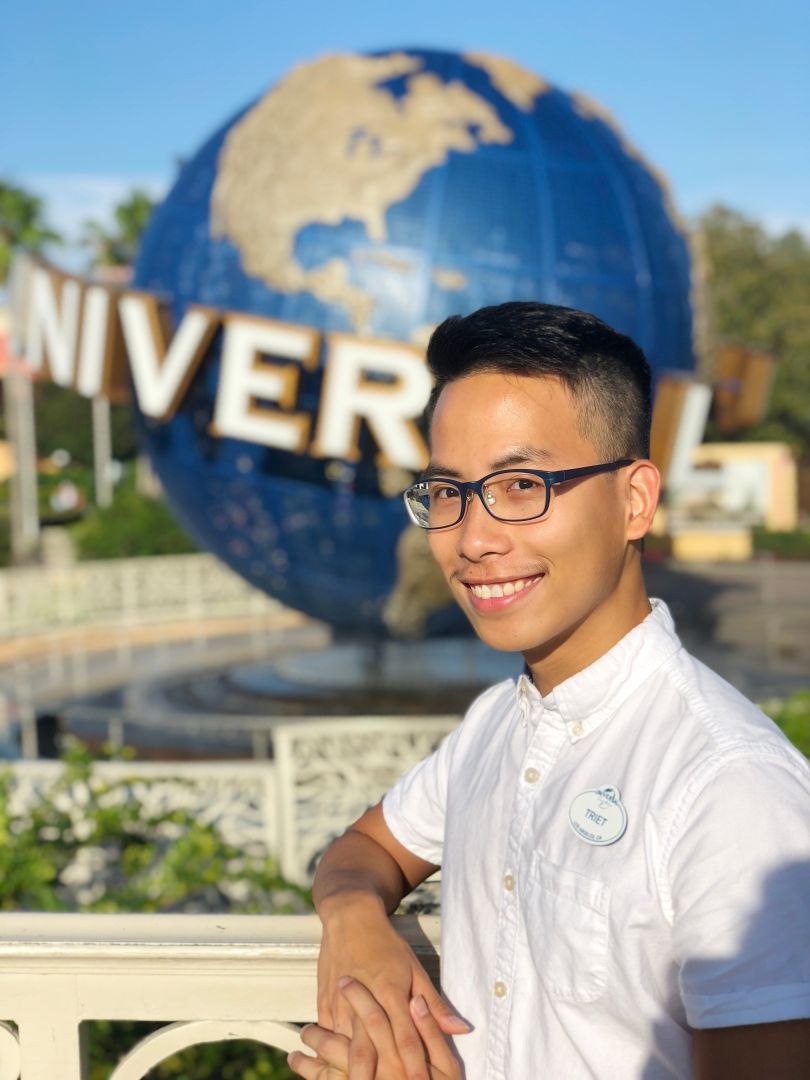 Let’s say your best friend was visiting the area and you wanted to show them the best time ever. Where would you take them? Give us a little itinerary – say it was a week long trip, where would you eat, drink, visit, hang out, etc.
Los Angeles is a most beautiful city, filled with the most ambitious people. It’s the only place where you can hail an Uber around the block and let the driver entertain you with their most interesting backstory. Last month, I caught a ride to Calabasas and befriended this driver who was a former music producer. He was a kind man who chatted with me the entire ride. When I was about to get off, he asked me to sign his book of ‘special passengers’ and who else also signed this book but Paris Hilton herself. That’s LA!

As a designer who loves immersive experiences, I’m not immune to tourist destinations like Universal Hollywood and THE Disneyland. However, for anyone (and especially my friends) who came for LA experience, I highly recommend making the time for at least one dinner at Clifton’s Republic. I love going to Clifton’s for the eclectic establishments within. You get a different experience on every floor, and can’t help but linger and wander, digging for the history in every column and light fixture.

You also can’t talk about LA without mentioning how it’s the capital of showbiz. And if you were my friend who’s making it out to CA, I will do everything in my little power to get a reservation for the Magic Castle. It’s simply divine! The Magic Castle is a private club for magician that only allows the most exclusive of guests of club members. That means, you can’t get a reservation through any website or landline. You have to be invited! An evening at the castle is like traveling to a elegant and whimsical Victorian manor that’s filled with historical trinkets, entertaining surprises, and mind-blowing magic. Even the bartender delivers your drinks with pizzazz!

These are just some of the places that I think captures LA for what it is: a city that invites the most fierce, ambitious of creative talents who love what they do.
Oh, and let us add the Museum of Jurassic Technology to that list too. But that’s all I’m gonna say about that haha! 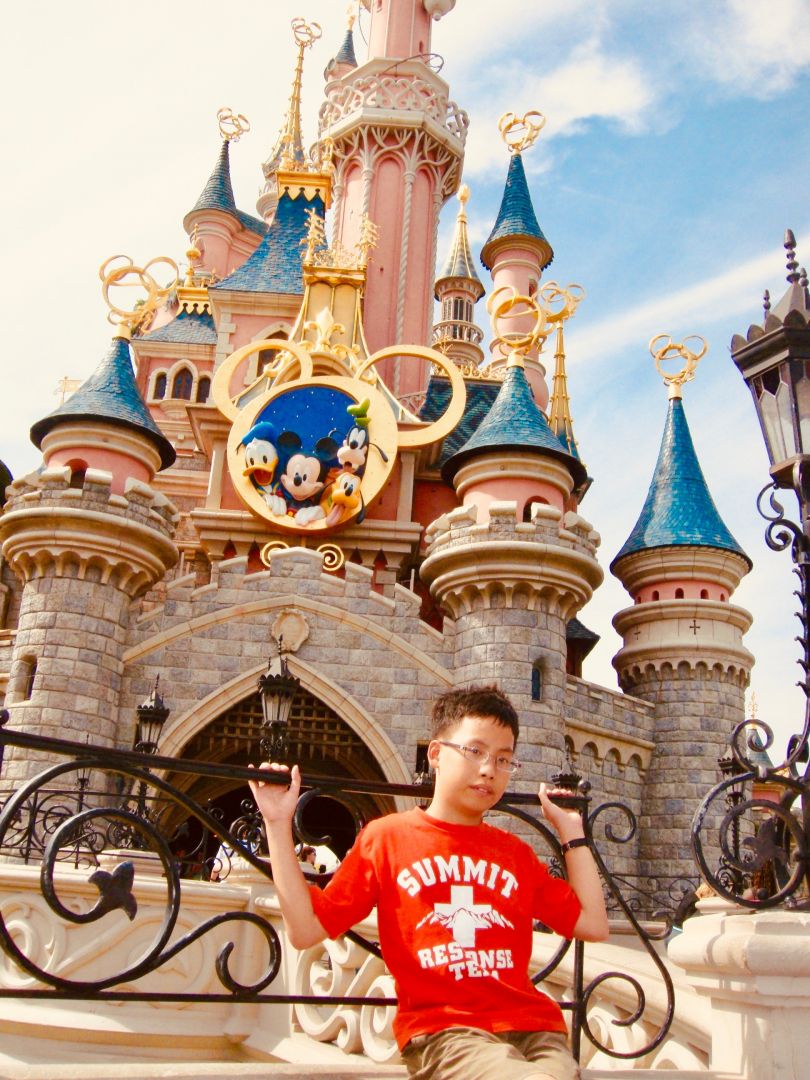 The Shoutout series is all about recognizing that our success and where we are in life is at least somewhat thanks to the efforts, support, mentorship, love and encouragement of others. So is there someone that you want to dedicate your shoutout to?
It is without a doubt that I owe a great deal of my success to my parents, who have always been supportive of my dreams and career goals.

In school, I’ve always been the kid who stays up until midnight to be the first to register for his top choice classes with an Excel sheet on what professor to sign up for. Looking back, I’m really grateful I did that as the mentors I got have always been really great shapers of my skills and design sensibility. There are two professors that I definitely want to give a shout out to, their names are Joe Garlington and Larry Gertz, and they were both former Disney Imagineers. They coached me to grow a backbone but also bend and grow as a creative designer.

Los Angeles is also a wonderful city with the most ambitious and creative people. That’s what makes the city so special to me. You could walk into a coffee shop and start chatting with anyone and they’d have the best backstory and full of ideas. I made it a point in college to get out and network as much as I can, by attending seminars, mixers, and conferences where I met a great deal of talented people.. We, in the themed entertainment industry, has a little group called the Themed Entertainment Association that organizes events for industry professionals from all companies in the field to get together and exchange our trades. Attending those conferences and events was where I met a lot of people whom I was fortunate enough to call my friends. Networking works! I’m grateful to have found my pod. 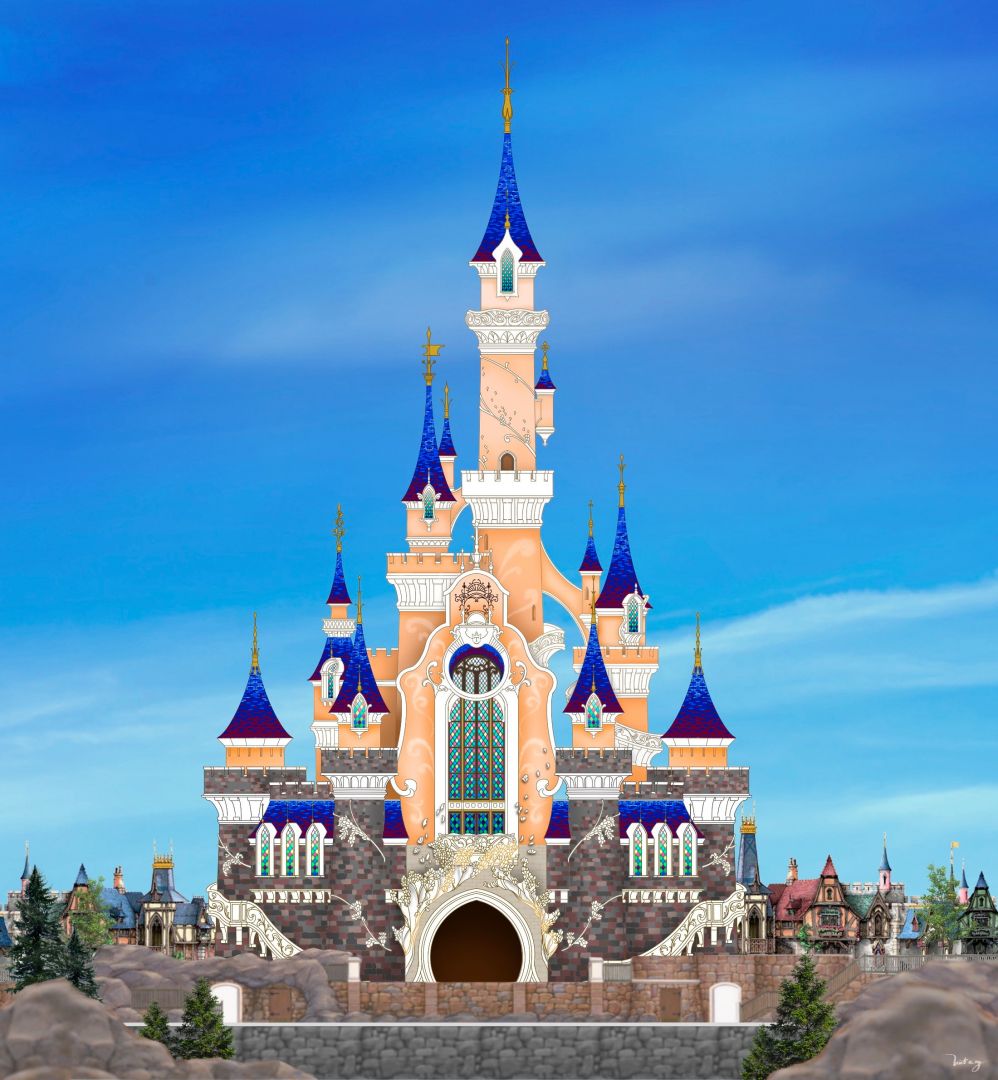 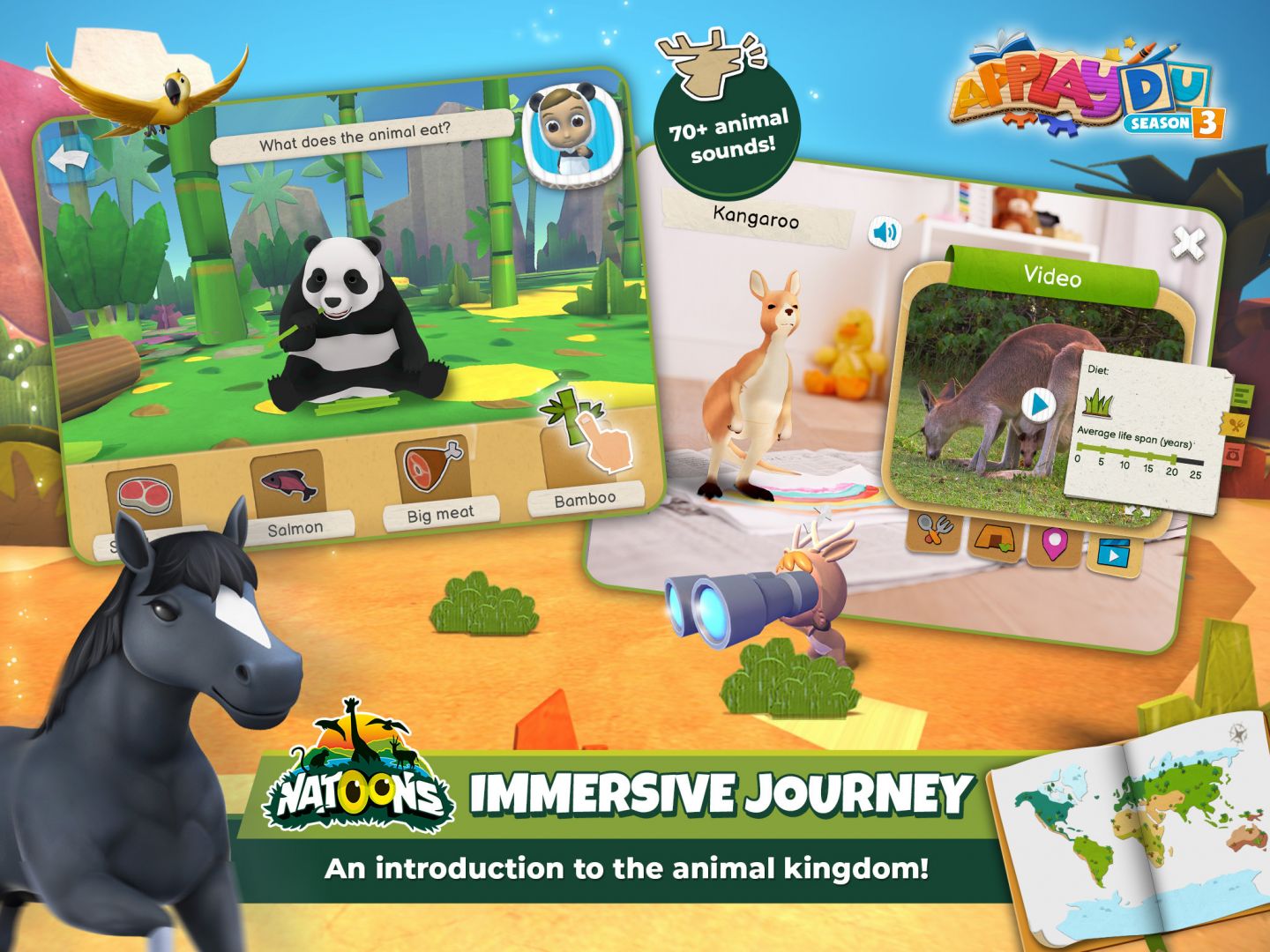 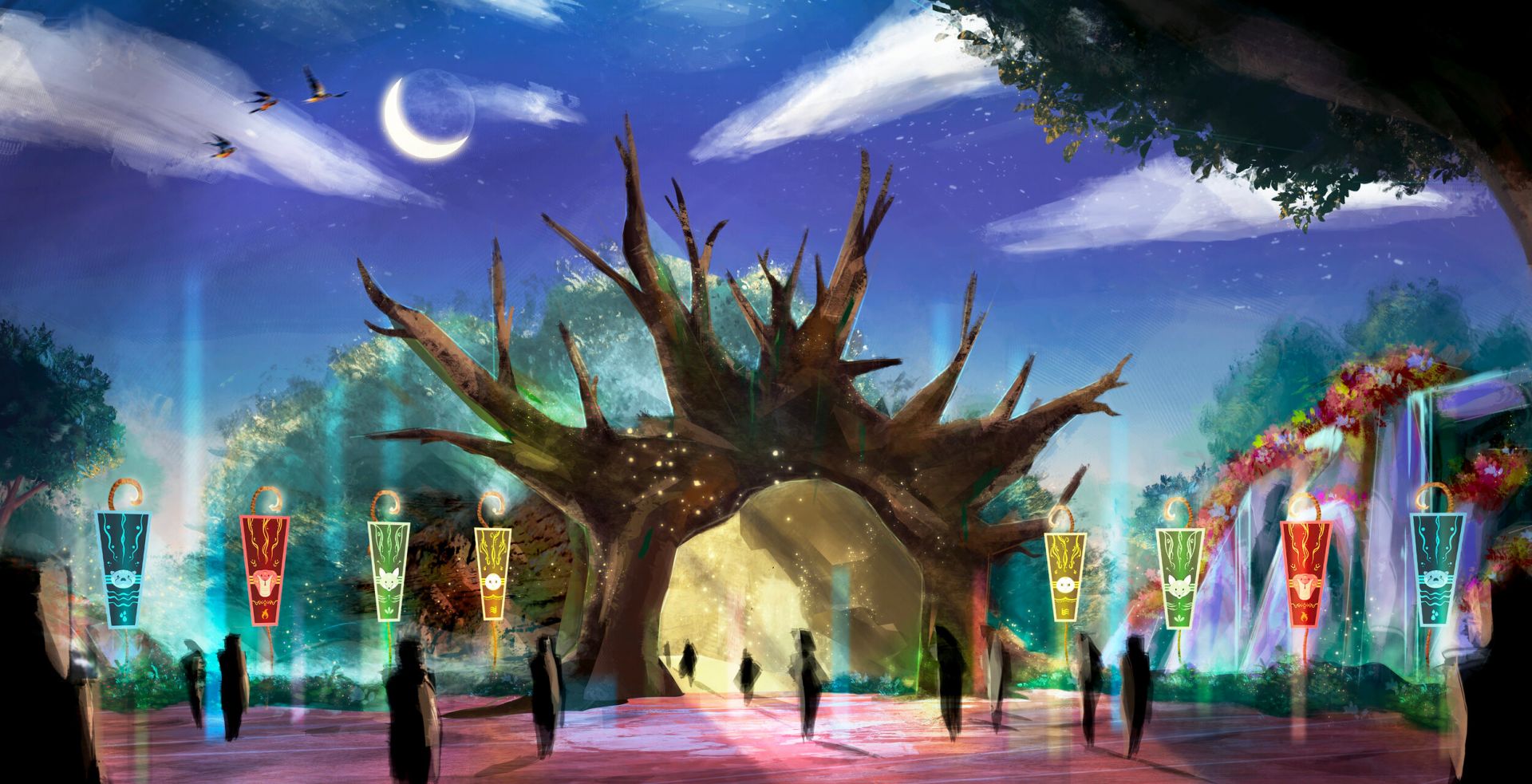