We had the good fortune of connecting with Tyler Critelli and we’ve shared our conversation below.

Hi Tyler, what was your thought process behind starting your own business?
Cinnamon has always been one of my biggest obsessions. I still get texts from people I haven’t talked to in years with pictures of cinnamon rolls and big cups of horchata because they know I gush at it all. SIN-MIN began as a mens’ slacks idea with the first pants design being called “SIN-MIN Sticks”. I had the fabric picked out, colors, patterns and grades, and wanted to get the word out before getting anything produced to see if I could get some preorders to cove part of the production cost. During one of my tap classes a student brought be a lip balm she made in a crafts class that day and boom – I knew that what I could use as a “business card that people won’t throw away”. It was small and pocketable, used multiple times a day, and cheap to make. Given that the brand was already cinnamon-based, I knew the flavor had to be as well, and it needed to be a cinnamon flavor that was sweet, smooth, and creamy like you’d want a lip balm to be. Enter my favorite beverage: horchata. Horchata Lip Balm took off, the pants were never produced, and SIN-MIN became the cinnamon-infused skincare and home goods brand that I had never intended. Being a dance instructor since I was 12, I had ZERO experience with almost everything involved with creating a brand or a business. From websites, spreadsheets, packaging, design, ecommerce, cosmetic formulas – basically everything I do all day everyday now I was completely new to. At the start, I basically just followed it along as it evolved into its own thing. I’d get a call from a boutique that wanted to stock the lip balm and I’d find out what style of boutique it was, then I’d walk into similar boutiques to see if they wanted to carry it as well. My mom was always going to town fairs and demanded I get involved. Realizing how much lip balm I’d have to sell just to cover a $500 booth fee is what inspired other product ideas with higher price points like candles and gift boxes. SIN-MIN has basically snowballed from there and sometimes it feels like it’s about to run me over while I dig out the the course for it to roll down. 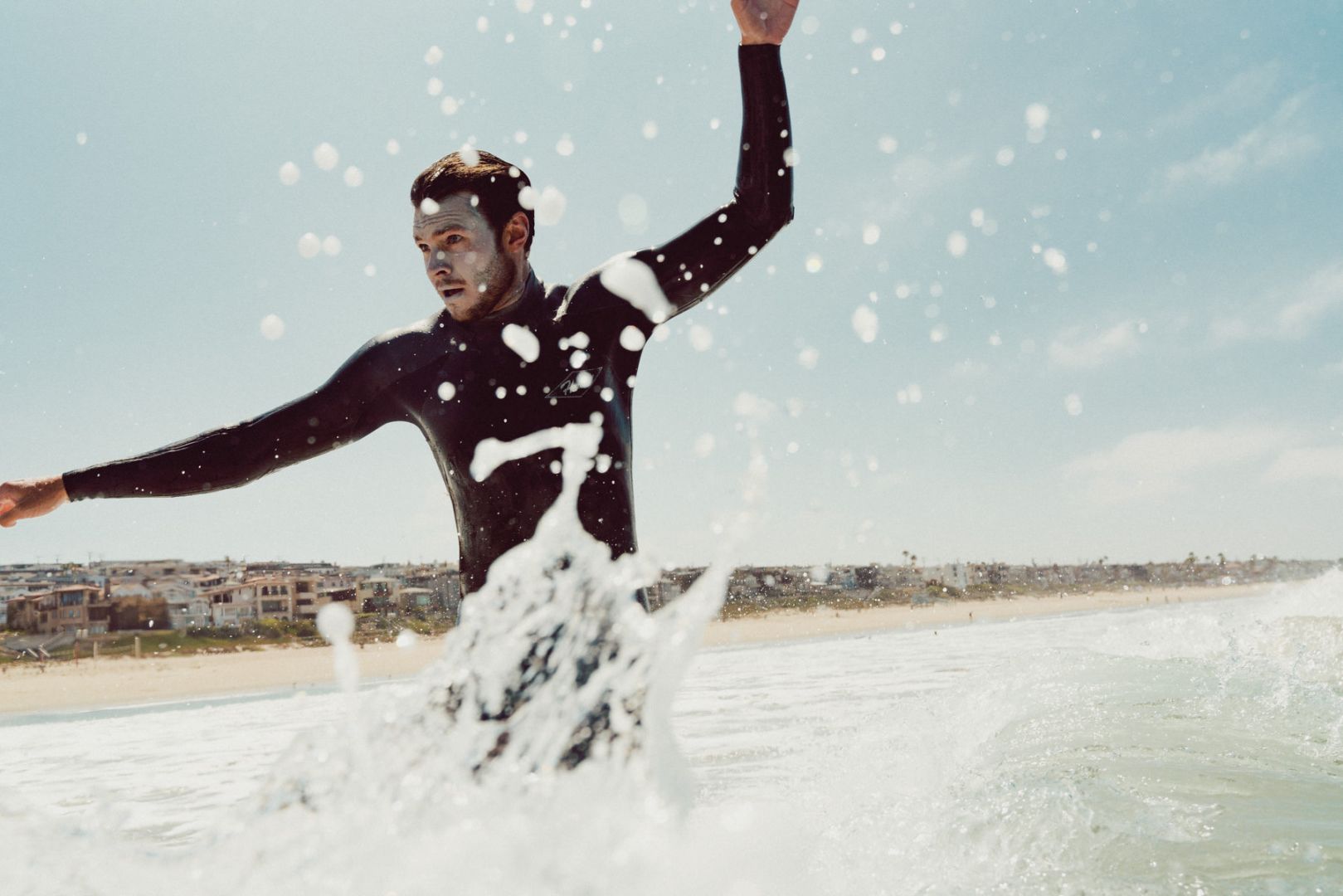 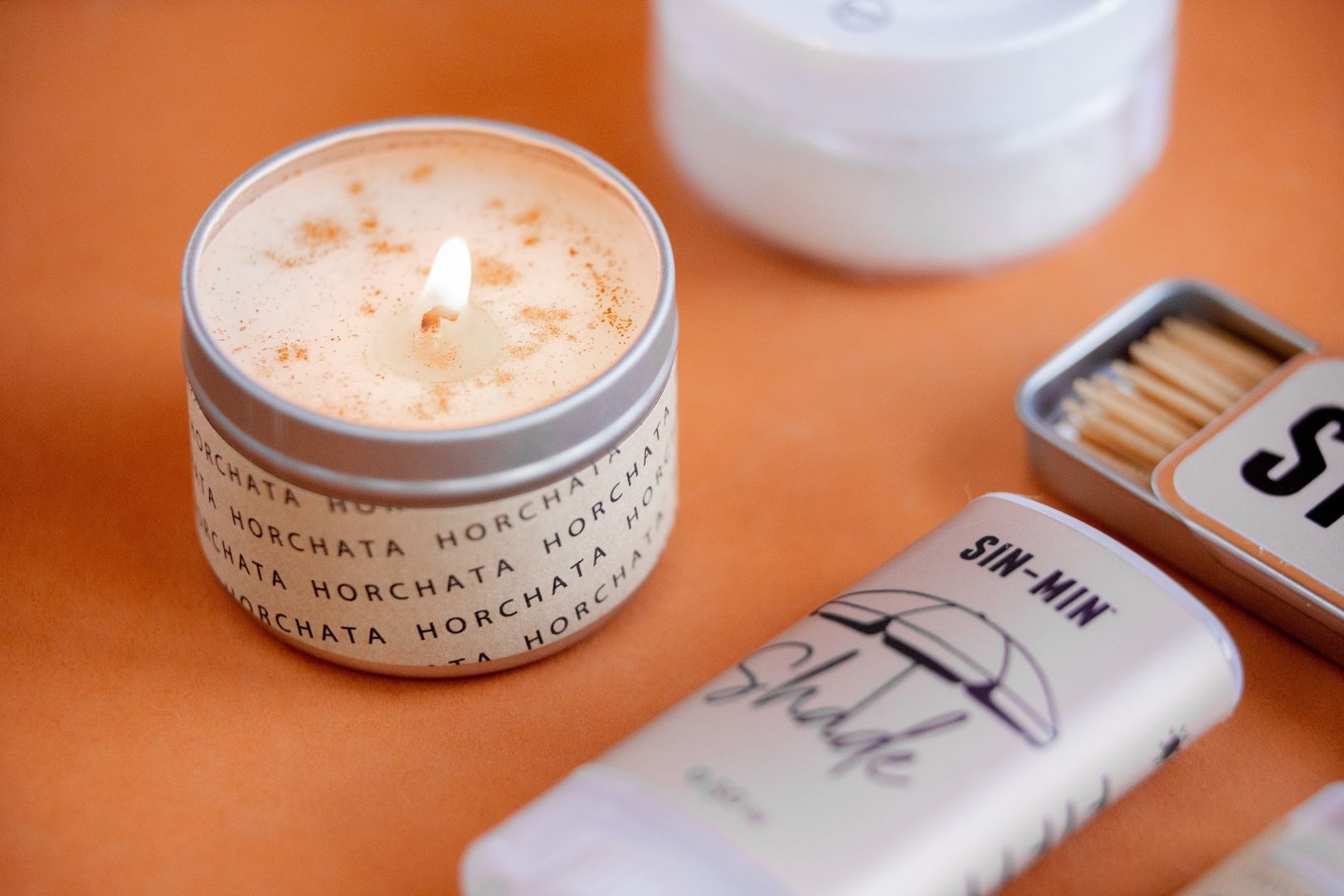 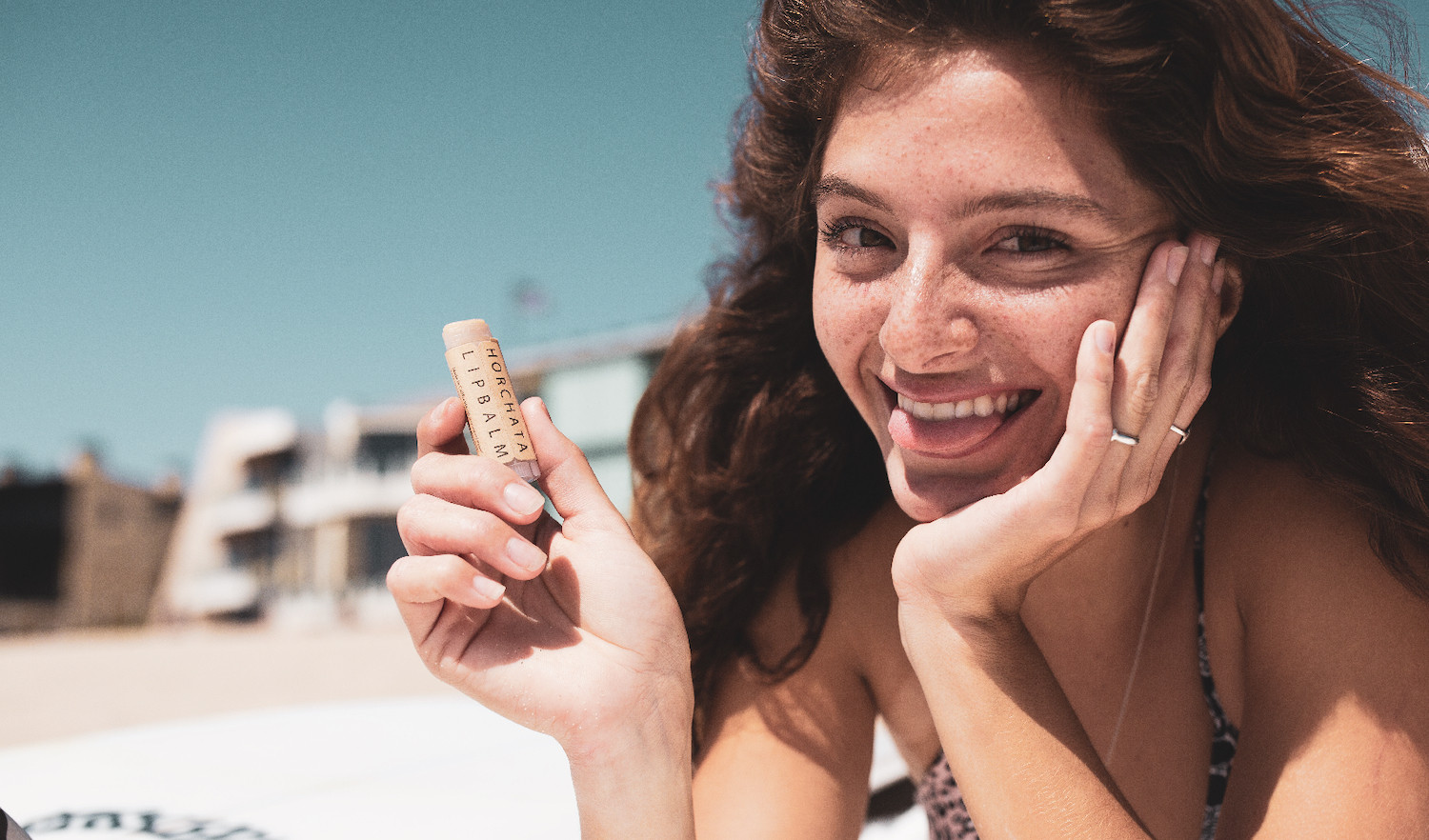 What should our readers know about your business?
I would not recommend anyone go about starting a business the way I did, which was unintentionally. Zero funding, zero business plan, zero organizational skills, zero ecommerce knowledge, zero etc. For years I had no clear goal, I was only half-way devoted, and I would do literally EVERYTHING differently looking back. That said, had I not done everything myself and put the time in to learning everything from product formulation to advertising, I wouldn’t know exactly what I want now or have given myself the time to develop my ultimate long term goals. What really differentiates SIN-MIN from almost every other brand is that I’ve capitalized on something that gives an authentic through line to a huge range of products across different sectors. Knowing what I want to build to and its trajectory is what I get most excited about. Waking up at 4am with a new product idea and spending the next month researching a space I previously knew nothing about is one of my best motivators.

If you had a friend visiting you, what are some of the local spots you’d want to take them around to?
With regards to Los Angeles in general, you can really squeeze out a lot in a short period of time. I’m pretty food-heavy when it comes to what I would plan the trip around. Definitely an In-N-Out after the LAX pickup then on to drinks on the roof of the Erwin hotel in Venice with dinner at Play Provisions in Playa del Rey. Malibu is a must-do especially for those with an affinity for surf and seafood with a stop at Malibu Seafood, and a surf at First Point and drinks on top Surfrider Hotel. In Manhattan Beach where I was raised, Peruvian scallops at Fishing With Dynamite are a must, as well as a necessary bike ride along the strand to Old Tony’s in Redondo for some Fire Chiefs. Heading into DTLA you can’t skip the horchata and taco platter at the high school homie, Armando De La Torre’s spot, Guisado’s. Might as well wash that down with an iced horchata latte with a walk down the block to Tierra Mia. 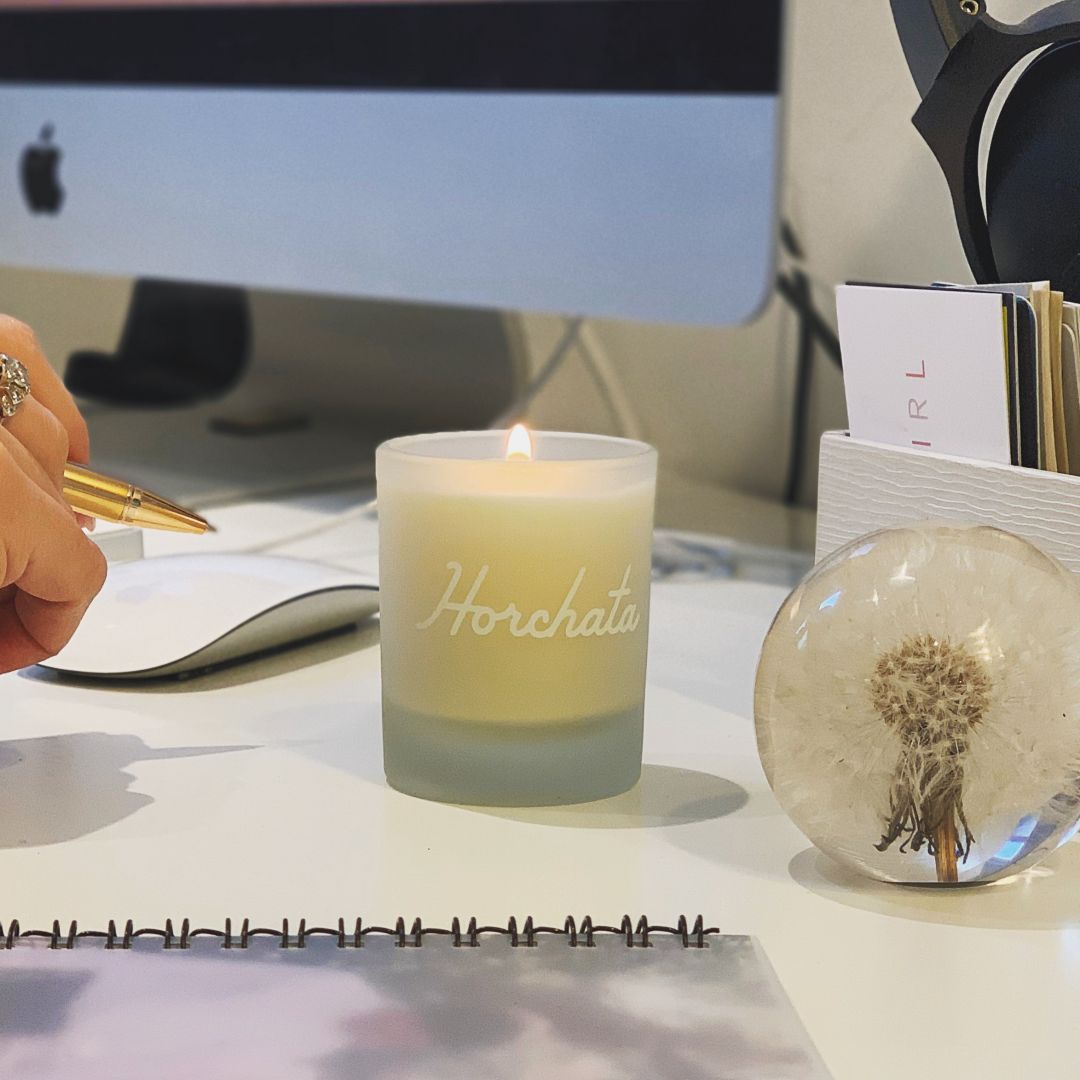 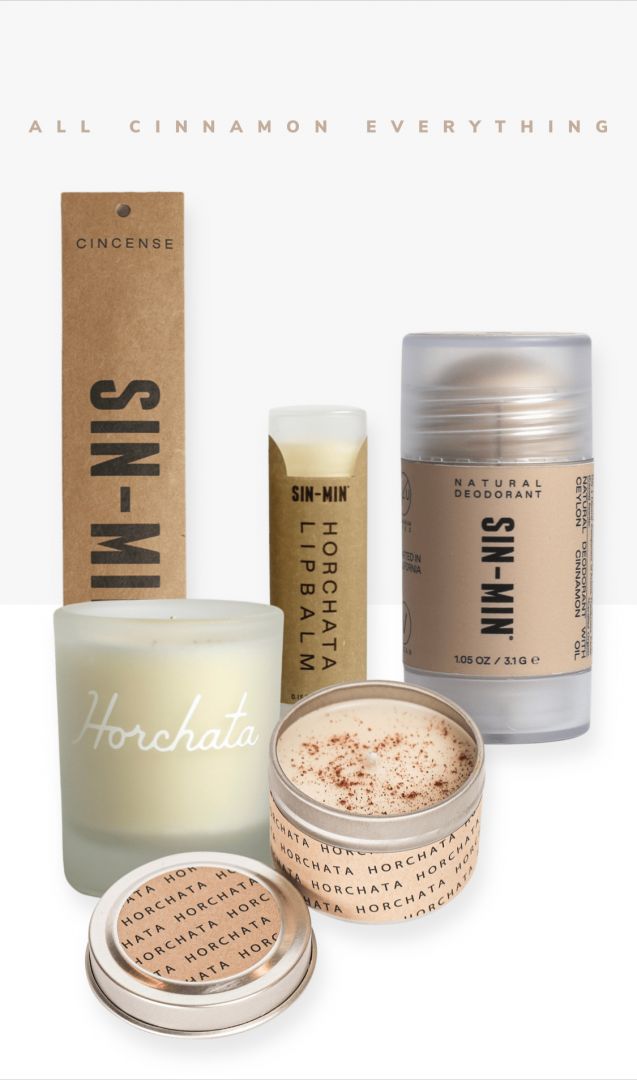 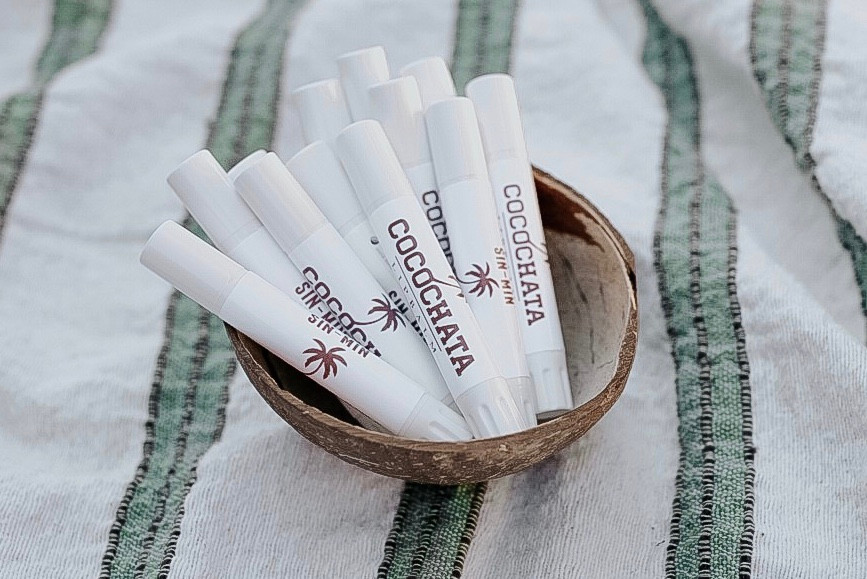 Shoutout is all about shouting out others who you feel deserve additional recognition and exposure. Who would you like to shoutout?
My wife, Briana! Our story has been like something out of a movie. She owns a boutique in Ventura called Tiki Girl. In 2016 she found SIN-MIN on Instagram and started carrying my lip balm. I was still living in the South Bay, but a close friend moved up to the area and after visiting him a few times I knew I had to move up. Teaching dance was always the easiest way for me to get work so I lined up some dance studios to begin classes which they began promoting on their websites. At that exact time, Briana had seen a psychic which told her to do what she always wanted to do but hadn’t yet, and that turned out to be taking dance classes. She looked up some local studios where she saw my name which sounded super familiar and she searched her email to find that it was the same name behind all the SIN-MIN orders. “Is this the same Tyler that’s on the dance studio website?” she asked. “I want to start taking private dance lessons and saw you were the SIN-MIN guy!” The rest is history! She’s been helping me improve and add to the product line, giving the brand a direction I wouldn’t have had otherwise, defining what it means to be a true “partner” in life.