We had the good fortune of connecting with Vergi Rodriguez and we’ve shared our conversation below.

Hi Vergi, how do you think about risk?
When it comes to “risks” I actually follow my instincts/intuition to know what direction I want to go next. I have been told by people in the past that I am the type of person that does take pretty big “risks.” It usually just feels like the “obvious next step.” It’s been a guiding force throughout my life personally and professionally. Usually, the rule of thumb for me has been if it “feels” right to me I’ll go for it. For the most part, even if it doesn’t work out I can at least walk away knowing that I took that risk wholeheartedly hoping for the best and with good intentions. So no matter what, if I was able to take away some sort of lesson then “the risk” was worth it. I always look at it from a “win/win” perspective. 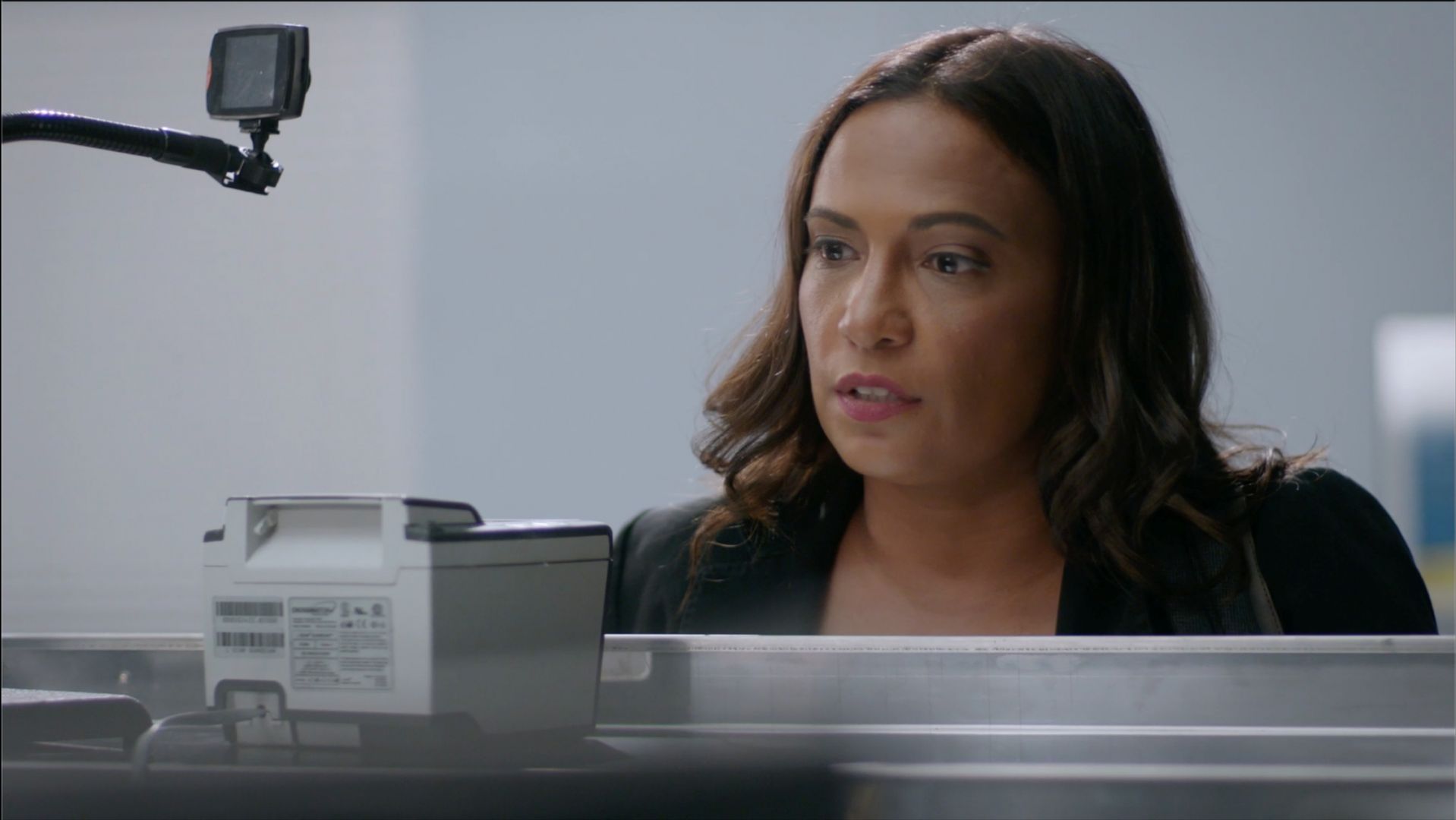 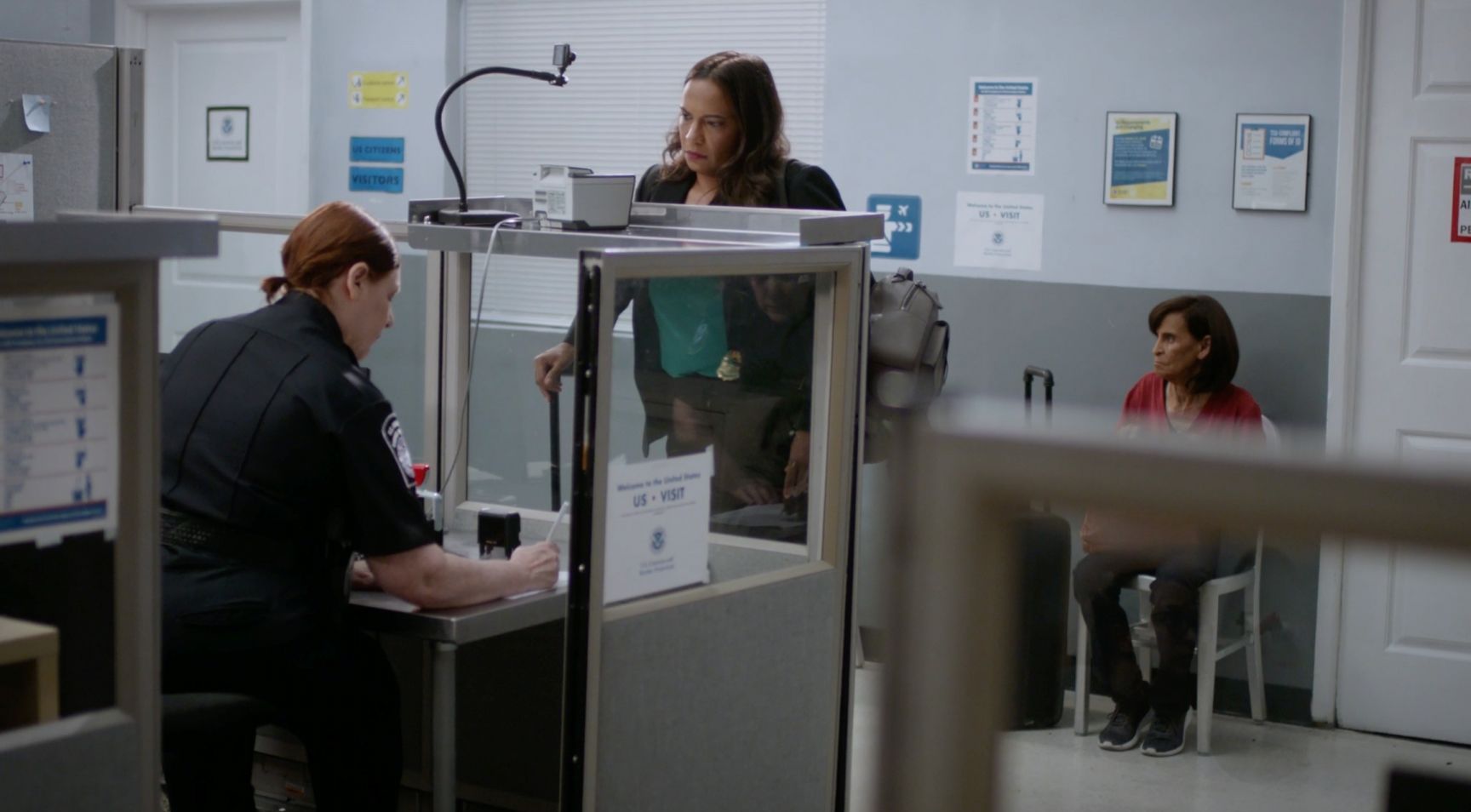 Even when I was a child I think I always had a love of filmmaking. I’d have to say that my previous choreography and dance career is what lead me to move into becoming a filmmaker. It wasn’t easy as there were a lot of sacrifices along the way. But, the many hours of training and studying are what gave me the base I needed to fall back on whenever I had any doubts. I received a good amount of my dance training at the LaGuardia High School of Music & Art and Performing Arts, the school made famous by the movie and television show “Fame.” Being around artists my whole life helped me have a very creative outlook on life. I didn’t really see obstacles. If there was something I wanted to accomplish I would research what would be the best way to achieve that goal and just go for it. I’ve always had a very hands-on and focused view of how to attain my goals. It’s important to me as I move forward in my filmmaking career that I find ways where I can “tell stories from my perspective.” I had a very interesting childhood and I seldomly saw anyone that looked like me on television or in films. Especially now that Hollywood is moving towards a more inclusive mentality, I’d like to continue to change the narrative around the stories told about women of color and the Hispanic Diaspora.

Being able to make my debut as a writer and director with my short film “Dreamer” this past year has been something I’ve been very proud of. Within a year, it has been selected to over 40 film festivals and received several accolades and honorable mentions. I didn’t really know what to expect but only to hopefully start a conversation around the plight of DACA recipients and Dreamers in this country. And from the feedback I have received so far, it has done that as well as reminding people that there is still a lot of work to be done within the immigration policies in this country.

Having the opportunity to work with a multitude of names within the entertainment industry has also added to my understanding of how to work under a lot of pressure and still be able to get the job done effortlessly. Some of the artists I have worked with include Jennifer Lopez, Jessica Alba, Sofia Vergara, Prince, Britney Spears, Shaggy, and Jay Z. I choreographed for reggaeton artist Don Omar’s music video “Conteo”, which was featured on the “Fast and Furious: Tokyo Drift” soundtrack.
Some of my television credits include Jim Carrey’s “I’m Dying Up Here”, Tru Tv’s “Laff Mobb’s Laff Tracks”, MTV’s “Scratch and Burn,” “Dancing With The Stars” and feature films like Universal Pictures’ “Honey” and Disney’s “The Hot Chick.” Also working with the Canadian TV show “Killer Comebacks” was truly exciting because I was asked to talk about my experience working as a professional dancer entertainment industry and with artists like Britney Spears.

Working with local organizations and projects has also helped me find my purpose. I received a certificate of Commendation from the Los Angeles Mayor’s Office , Eric Garcetti for being selected and participating in the NewFilmMaker L.A.’s “On Location: The Los Angeles Video Project.” This project screened the first music video I ever directed or produced titled “Quieres De Mi.” It allowed filmmakers, like myself, to showcase my talent while making short films/videos about some aspect of Los Angeles in a positive light. It truly helped build my confidence and hone my voice as a filmmaker. 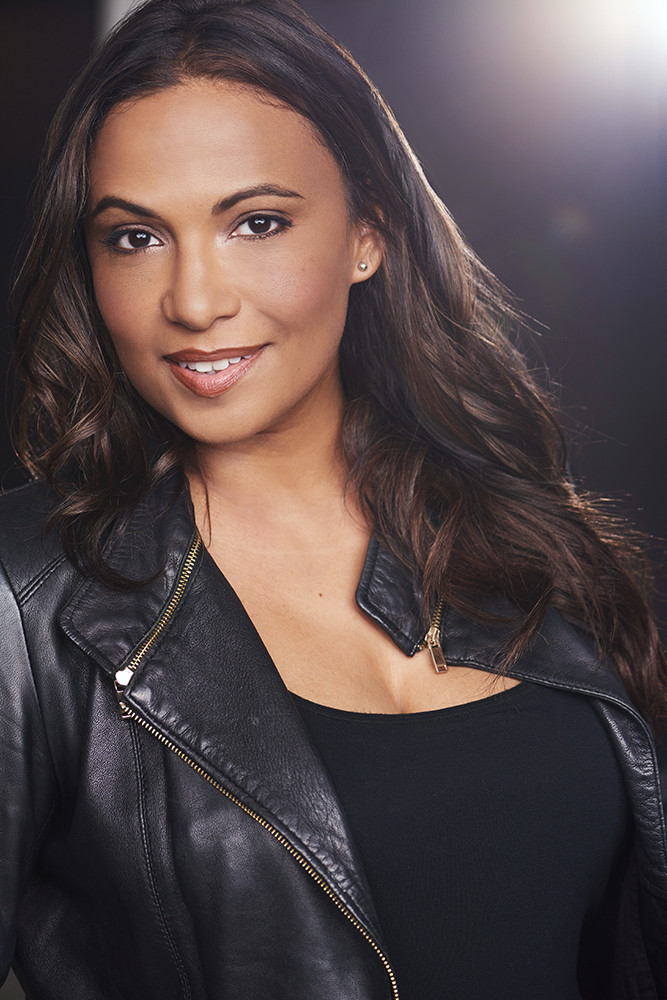 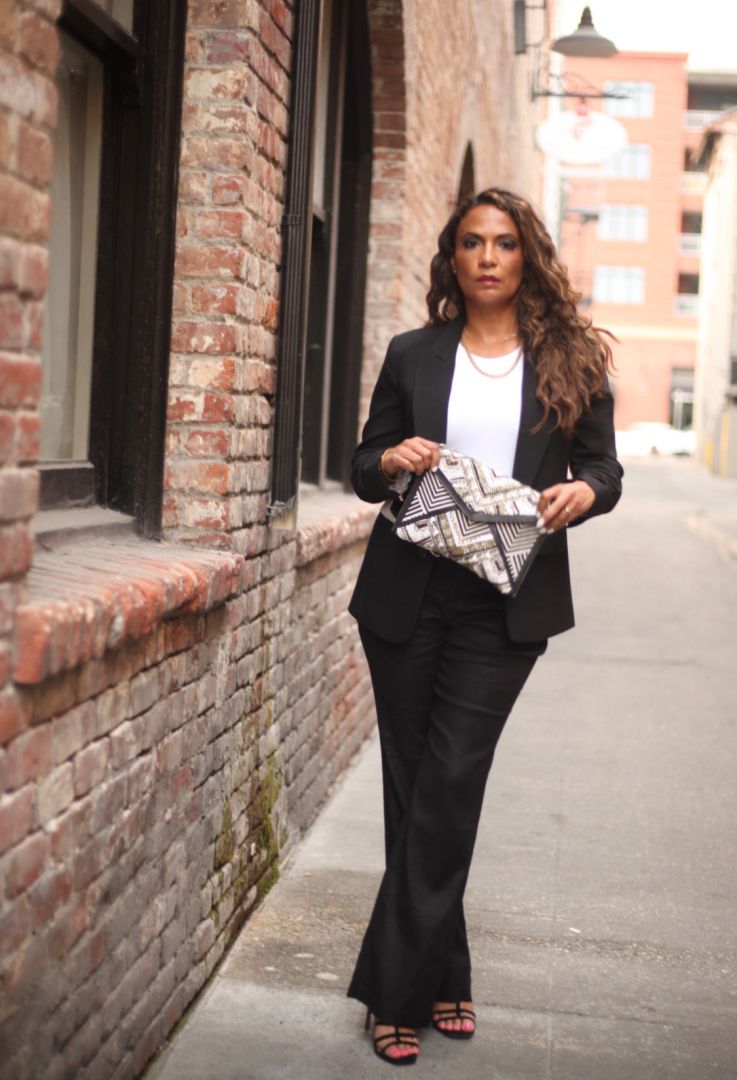 Let’s say your best friend was visiting the area and you wanted to show them the best time ever. Where would you take them? Give us a little itinerary – say it was a week long trip, where would you eat, drink, visit, hang out, etc.
Since we are still coming out of Covid there are still some restrictions but this is a pretty standard itinerary. I think This list will also be not very diet-friendly. For those of us that do our best to limit our sugar intake. I’d definitely start at Griffith Park. mainly because it has some of the best trails and views of Los Angeles. I’d probably also visit Runyon Canyon just because it has a pretty clear view of Hollywood. I’d stop by the Farmer’s market to pick up some donuts from Bob’s Coffe & Doughnuts because you could never go wrong with donuts. Personally, they have the best beignets in Los Angeles. Then, I’d drive out to Malibu and visit the Malibu Country Mart. Cafe Habana and Tony Taverna’s are some of my fave food places there. Also, I love how easy it is to cross the street and take a quick beach stroll. A good place to stop by as well and eat right on the beach is Paradise Cove. That’s also another staple. The Getty Villa has some great tourist photo opportunities as well as some local history to learn about. I generally stay away from going out when it’s generally a “busy” night but some of my favorite food and hangout places are Cecconi’s in West Hollywood, Cafe Stella in Silverlake, and pretty much anything with a good rooftop view. 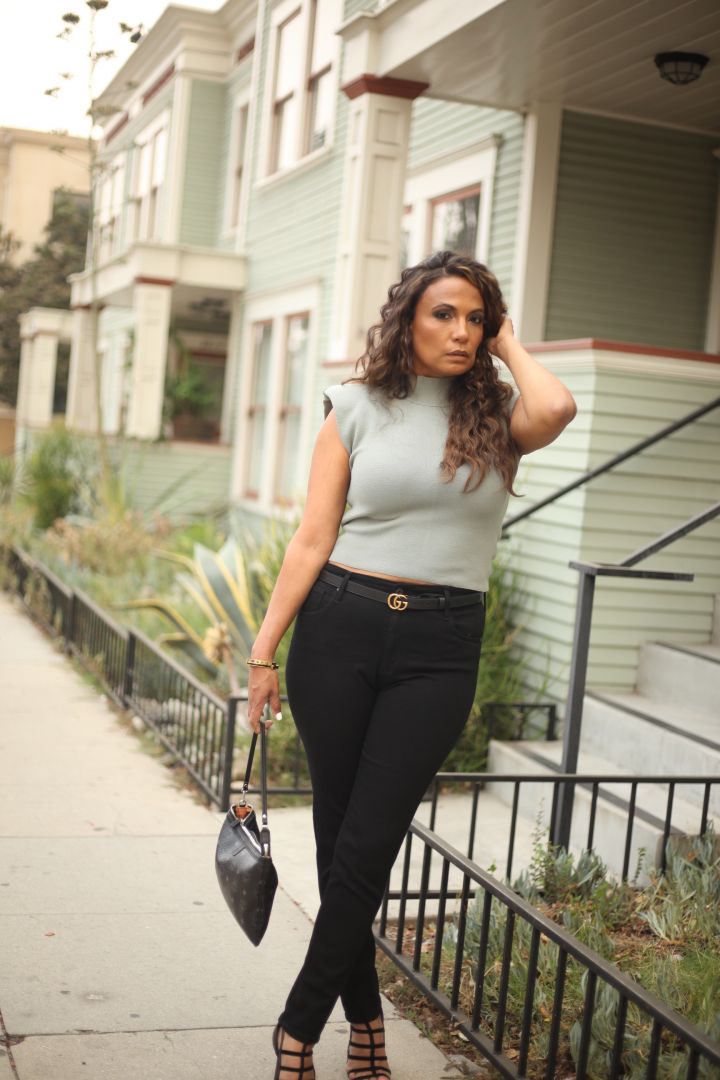 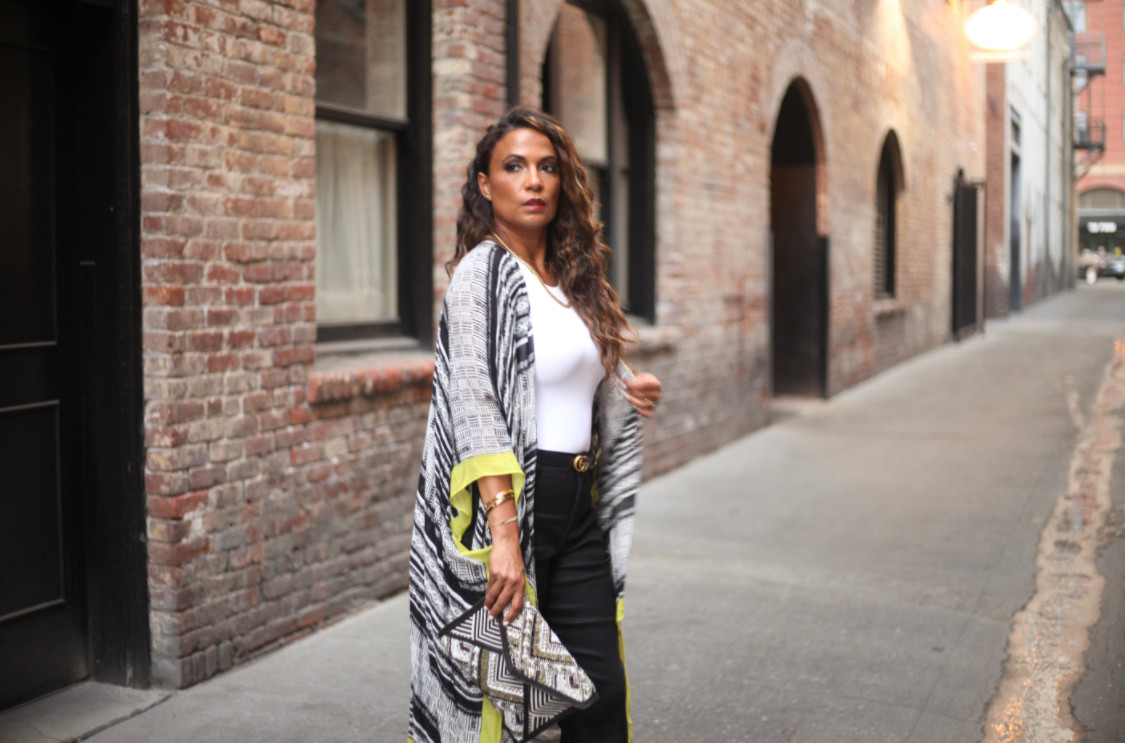 Who else deserves some credit and recognition?
Since my most recent achievement has been completing my short film project titled “Dreamer” it feels like the most natural thing to do is to thank and shout out my crew of some of the badass women & men who helped me get my first film done. That would be my Co-Director Diana Zollicoffer , Cinematographer – Maricela Mendez, First AD _ Sammi Begelman , Camera crew – Jessica Ramos, Morgan Sanker, Cast – Linden Waddell, Rafael Noble, Avery Waddell, Set Design – Shoshanna Green, Hair – Christina Yarde, Makeup – Amber Macias, Assistants Lany Stanberry, Lianne Flynn. And one of my consultants and mentors Karen Torres. You could have a great idea but without being open to working with others who are excellent at their skills and be able to trust their feedback I have found it’s generally harder to get things done. So a HUGE shoutout to this amazing team! I’d also like to shout out the Chicana Directors Collective for being a very supportive group of female Latinx/ Latina filmmakers that I have been able to turn to for feedback and motivation. 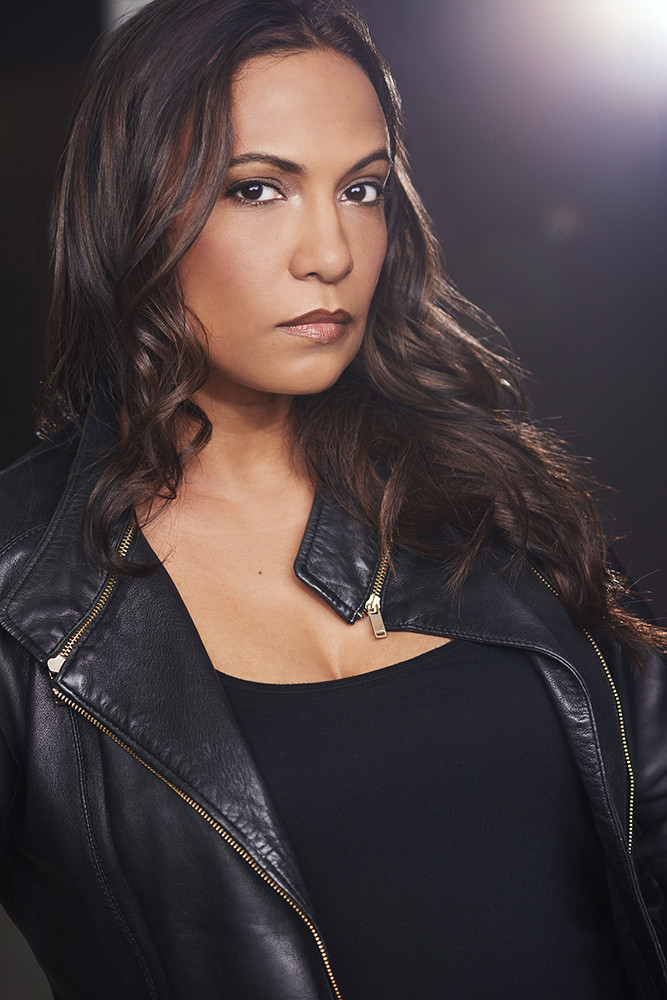 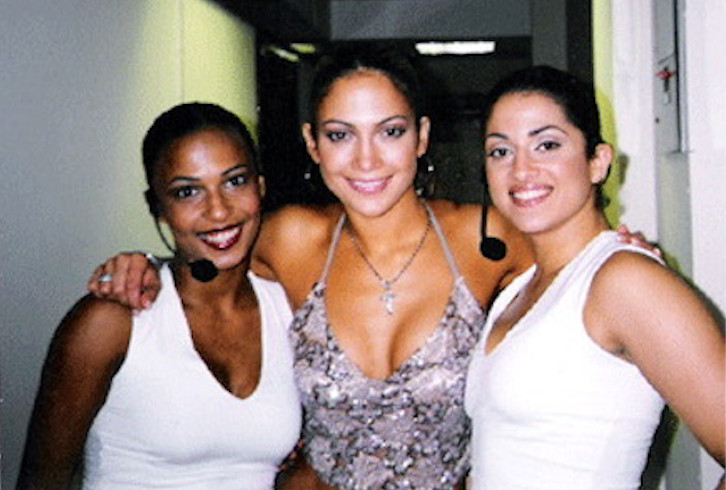