We had the good fortune of connecting with Vince Dixon and we’ve shared our conversation below.

Hi Vince, how has your perspective on work-life balance evolved over time?
I like to think I’ve gotten better at balancing things over time but to be honest, it’s a constant struggle. Having a full-time job while working on personal projects on the side can be exhausting at times, and you can only say “no” to hangouts, dinners, or other plans so many times before people stop asking you.

A lot of the time in the heat of a project, it feels like everything I do comes at the cost of something else. If I want to dig into an editing session, that comes at the cost of me working out that evening or spending time with friends. Or maybe I can’t cook my own food that week, and instead have to turn to my good ol’ pal Trader Joe’s and his myriad microwave meals.

The best tool I’ve found to help me find balance is to make a list of everything I both need and want to do, and focusing hard on organizing that list in order of priority. If I’ll feel horrible that I didn’t get to that item by the end of the day, or someone else on my team needs that work done so they can do their job, that gets a higher priority on the list. I try to think about internal needs on that list too; will I go crazy if I don’t get some exercise or see some sunlight today? Will I be irritable if I don’t get any me time, or catch the latest episode of Survivor? That goes on the list. 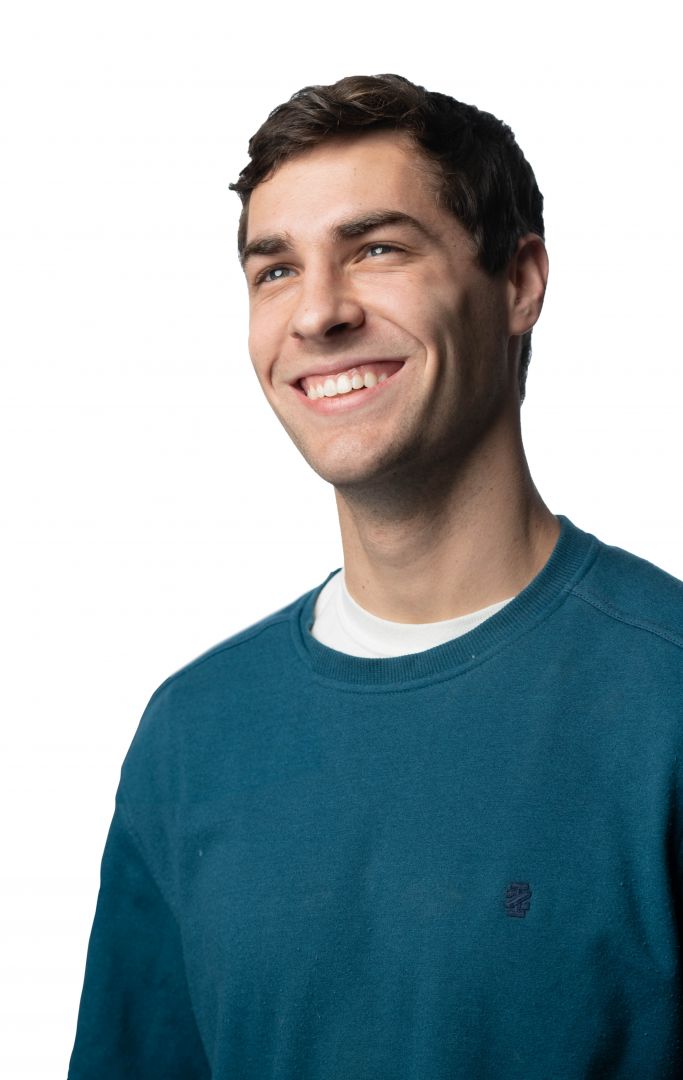 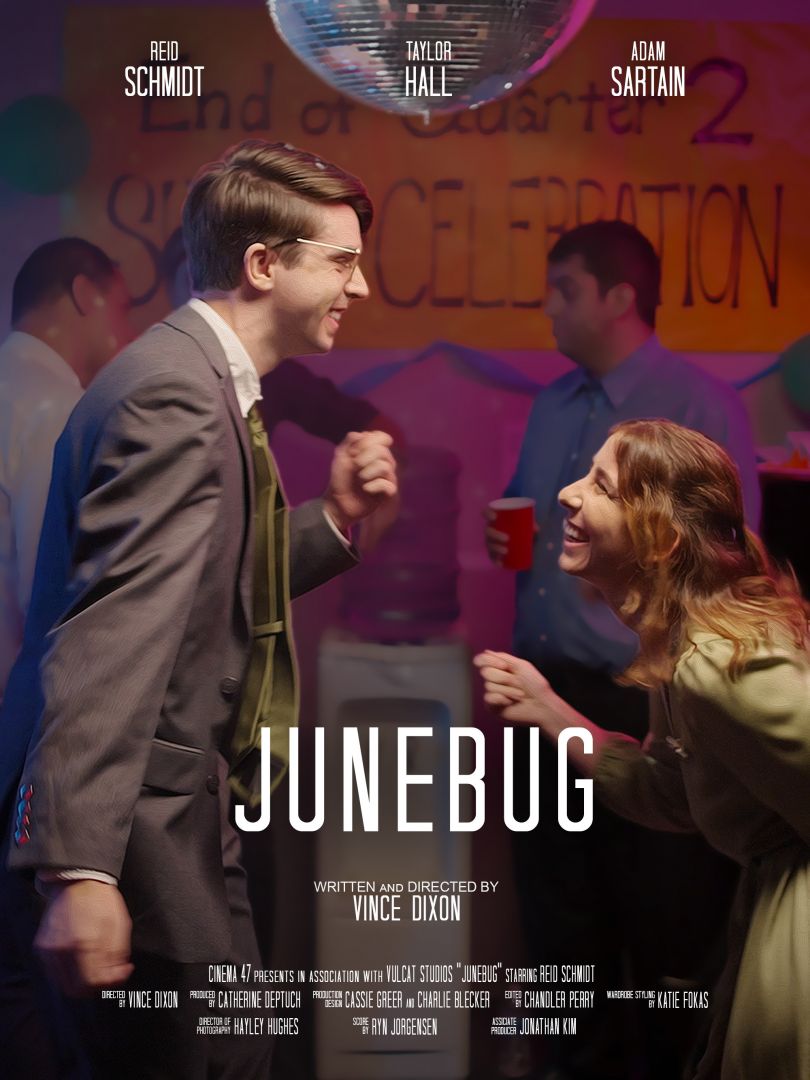 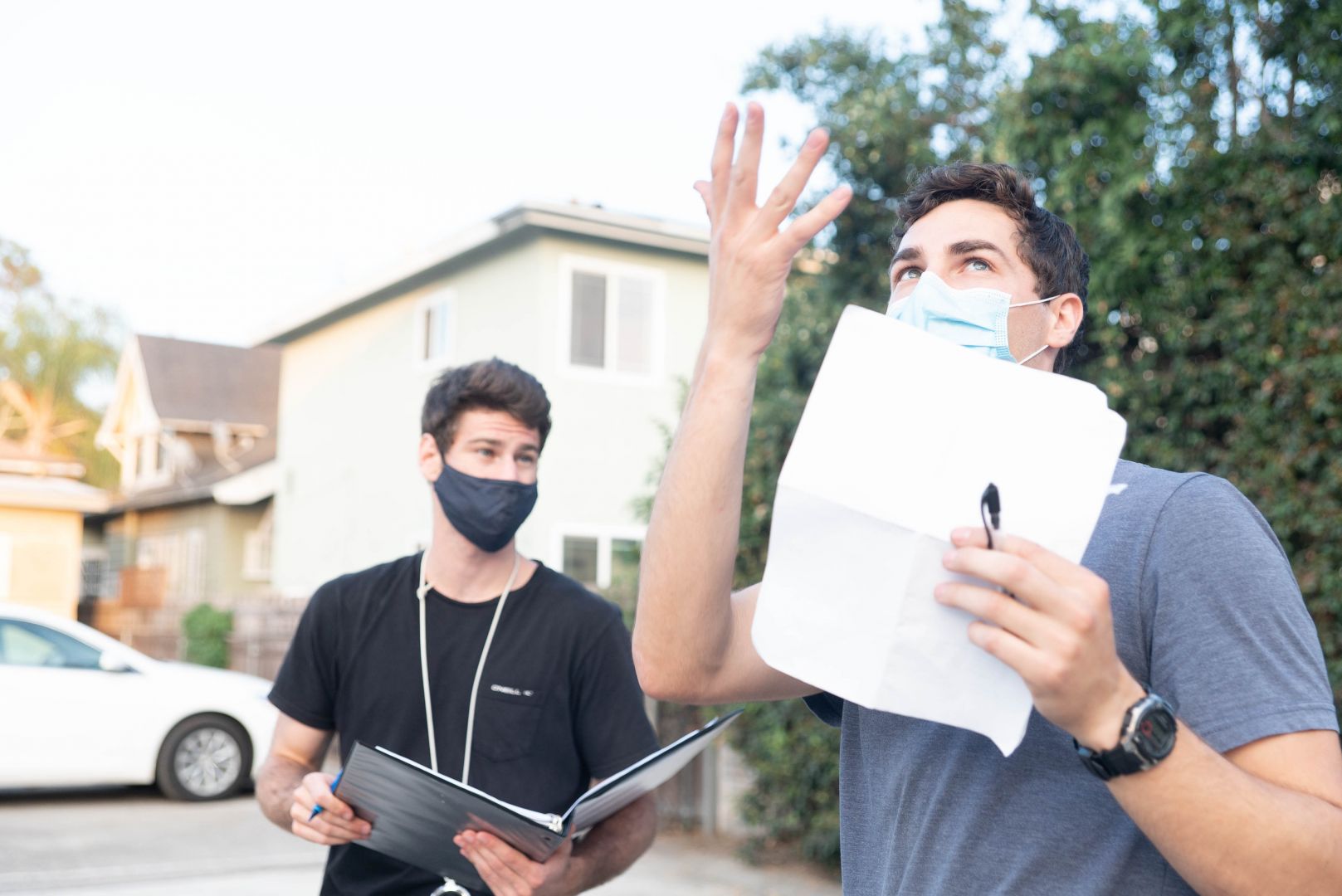 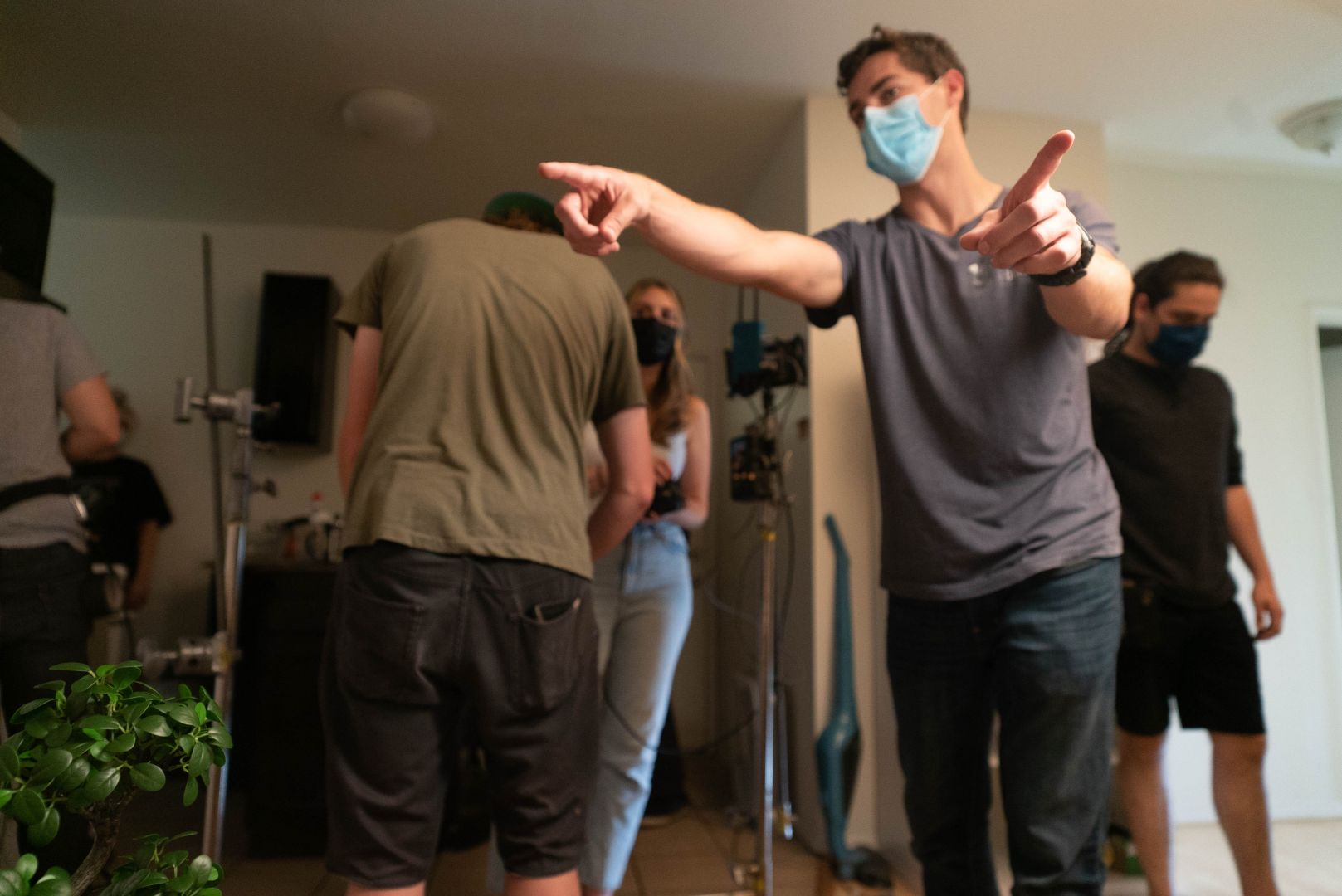 Let’s talk shop? Tell us more about your career, what can you share with our community?
I’m a writer-director of short films and scripts. I love magical realism and absurdist comedies, and if I can work a musical number into a project, all the better. I see magic in the everyday; in moments of immense beauty and in the minutia. And I’m relatively new in my career – I graduated from USC’s film school in 2020. What sets me apart from others is my passion and drive. When I set my sights on a goal, there is virtually nothing that can stand in my way.

I was accepted to USC as an engineering student in 2016. When I learned what film school was, and realized I could theoretically make videos and films for a living, I made a plan to transfer to the film program as soon as I possibly could. I applied to the film school during my first semester at ‘SC and was accepted. I never looked back.

Since then, I had a variety of internships in the film industry that led to my first job out of college at Nickelodeon as a Production Assistant on an animated Transformers show. I later got my current job working for Paramount+’s digital video team as a Clip Researcher. I write and make films on the side, and hope to one day make writing and/or filmmaking a full-time job.

I recently completed a 7-episode web series called “The Quarantine Crew”, an absurdist comedy I co-wrote and directed entirely during the pandemic. We started writing on the second day of lockdown with a 3-person crew consisting solely of my roommates and I, and later expanded our team for some of the final episodes. “The Quarantine Crew” centers on an egotistical furloughed barista who starts his own news show during lockdown. The show has two musical numbers, runs about 45 minutes all together, and is one of the most ridiculous and polished pieces I’ve worked on.

My next project is a short film I wrote and directed titled “Junebug”, about a nature documentary-obsessed loner who learns to open up socially after nearly killing a June bug in his backyard. We recently wrapped production, and I’m so excited to see “Junebug” come to life.

I try to bring my whole heart to every project I work on. Viewing every character and scene with empathy, and working to connect with every actor and crew member on an emotional level makes every project I work on feel healthy and happy. I want every film I direct to be fully collaborative, and I always love to bounce ideas off everyone involved on the project. I try to grow with every new film I work on, and I’m so excited for the future.

Let’s say your best friend was visiting the area and you wanted to show them the best time ever. Where would you take them? Give us a little itinerary – say it was a week long trip, where would you eat, drink, visit, hang out, etc.
No trip to LA is complete without visiting the New Beverly Cinema, the Farmer’s Market at The Grove, Little Tokyo, and if I have to… I will begrudgingly take LA noobs to The Hollywood Walk of Fame. IF I have to.

There are so many amazing places to eat in LA, so a food tour is a must – Grand Central Market downtown, Foo Chow’s restaurant in Chinatown, and boba tea at I Love Boba are just a few additional stops I’d have to add to the list. I love hiking at Runyon Canyon, disc golfing at Elysian Park, and people watching at Venice Beach. Also if Disneyland is an option, I am definitely going to Disneyland. 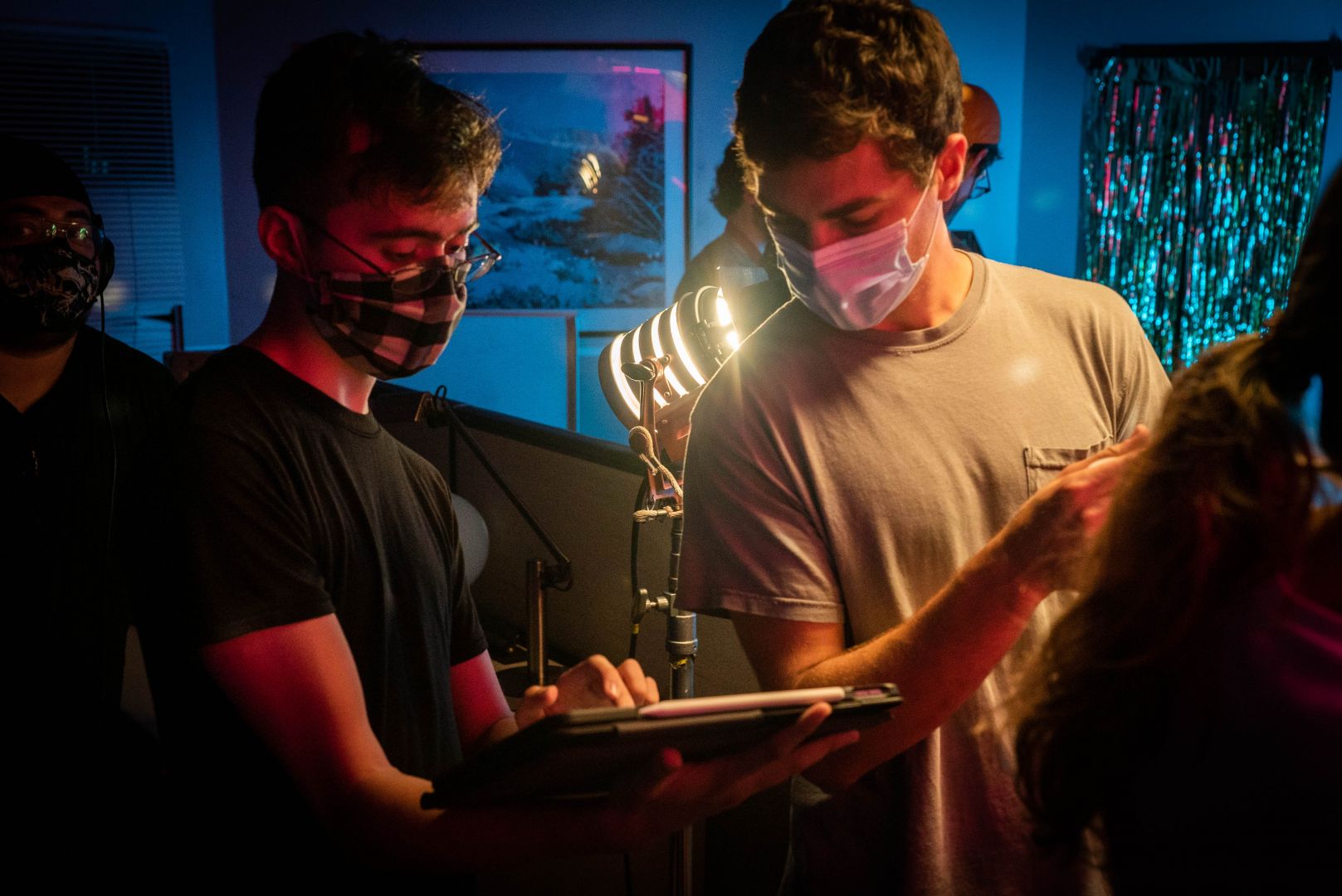 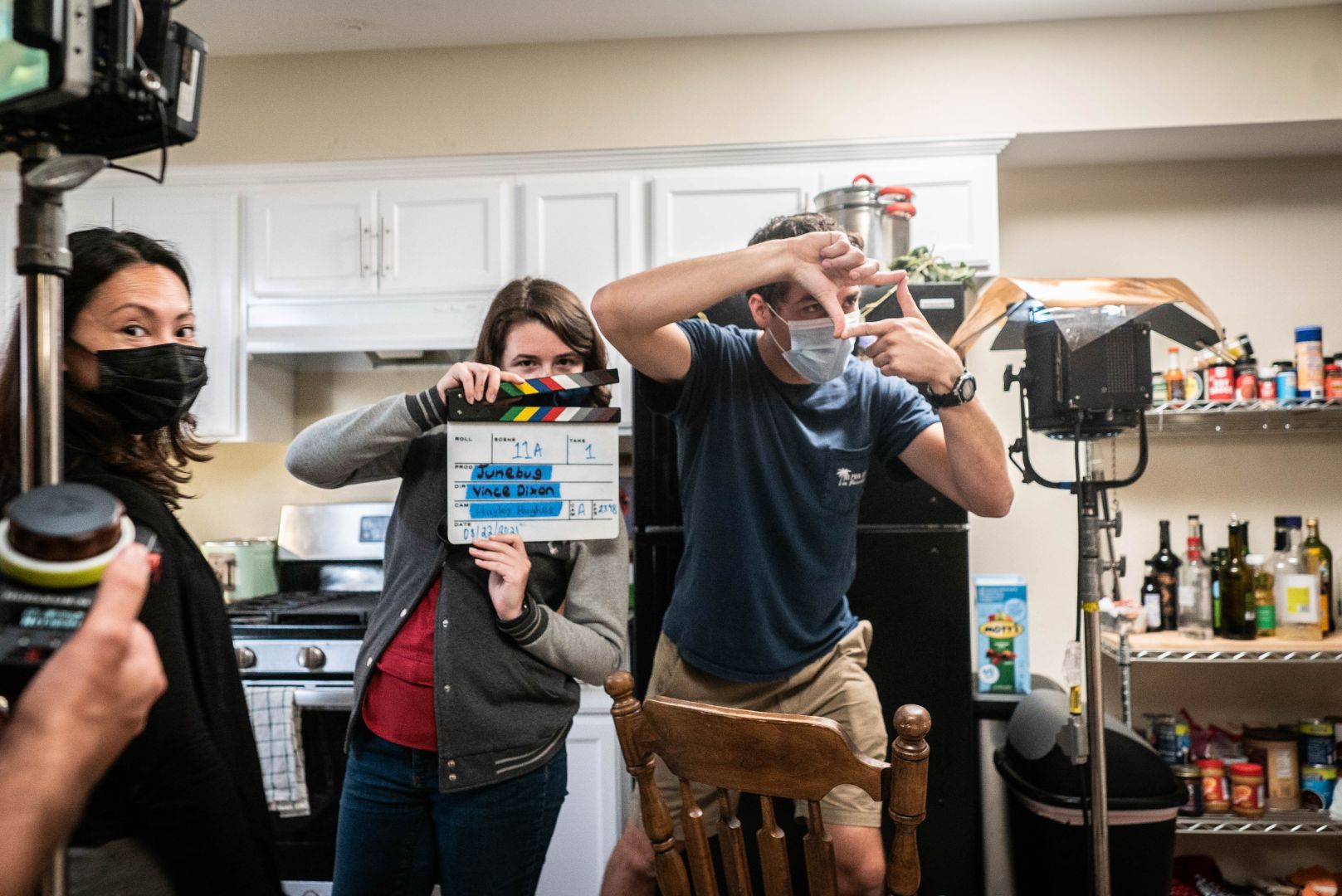 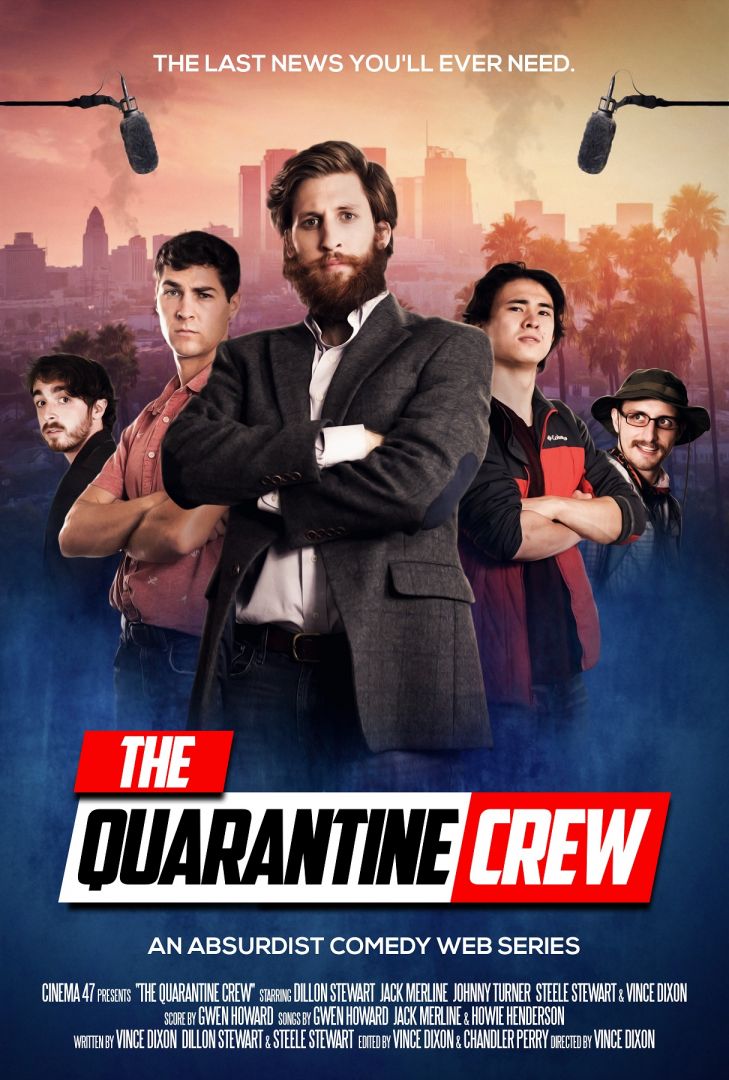 Shoutout is all about shouting out others who you feel deserve additional recognition and exposure. Who would you like to shoutout?
I’d like to dedicate my shoutout to Sara Atun, my girlfriend of nearly five(!!!) years, who has been a fountain of love and support through so many highs and lows. From spending hours in the animation labs at USC with me while I worked on one of my first short films to giving me advice on what kind of tacky signs an accounting office in 2004 might have on the wall, she has given me so much encouragement, love, and inspiration. The love I have for Sara – the passion and excitement, the butterflies and warmth – is something I never dreamed I could feel. Thank you for believing in me. I love you!