We had the good fortune of connecting with West Maatita and we’ve shared our conversation below.

Hi West, why did you pursue a creative career?
I’ve always been a creative person – much to the chagrin of my parents. Both of my parents were immigrants and highly discouraged any creative endeavor that I undertook. I drew pictures all of my life. I also wrote stories and played drums. I had no interest at all in sports so my dad thought I was weak. My mother wanted me to be a doctor or a lawyer. I was terrible at math and I’m not aggressive enough to be a lawyer. It’s just not what I am.  When I was younger I wanted to be an airline pilot. My dad worked for TWA and though I dislike traveling (I still do) I enjoy flying. My first love was drawing though. My earliest memory was learning how to draw a 747. We used to lived directly beneath the approach path at LAX. So I had a front row seat to draw airplanes. When I was in kindergarten I could draw accurate 747’s complete with retracted flaps and landing gear. I could also draw Batman and Mickey Mouse. Once I found out that one could draw pictures at Disney and get paid for it, THAT is what I wanted to do.  When I was 10 my world changed. I saw a picture of one of the pneumatic sharks from the movie JAWS. It was out of the water and a bunch of guys were working on it. And there were movie lights all around and lots of locals watching. At that moment I decided that I didn’t want to be a pilot, I wanted to work with a giant neoprene shark. Then STAR WARS happened. And the world changed. I dived right into production design and conceptual paintings and storyboards. I was determined to work in motion pictures as a concept artist. My parents though, saw no value in that.  I had an amazing art teacher in high school. I had to hide the fact that I was taking an art class from my parents. My teacher, Kay Hyde, saw that I had some talent and she set me aside and let me draw whatever I wanted. It was ultimate freedom and an easy A. One day she asked if I would be interested in doing a program that her and the other art teacher put together for advanced artists. It took place Saturday mornings at CalArts in Valencia and I would be taught by a former Disney artist. I didn’t remember his name but she said that he was Japanese and flew kites in Santa Monica. I turned down the offer, and I could see that she was heartbroken, but I knew that my parents wouldn’t approve of it.  Many years later I found out that the kite flying Disney artists was the legendary, Tyrus Wong. The extraordinary artist who painted the magnificent backgrounds for Bambi in watercolor. So, I pursued a creative career because that is what naturally flows from me. 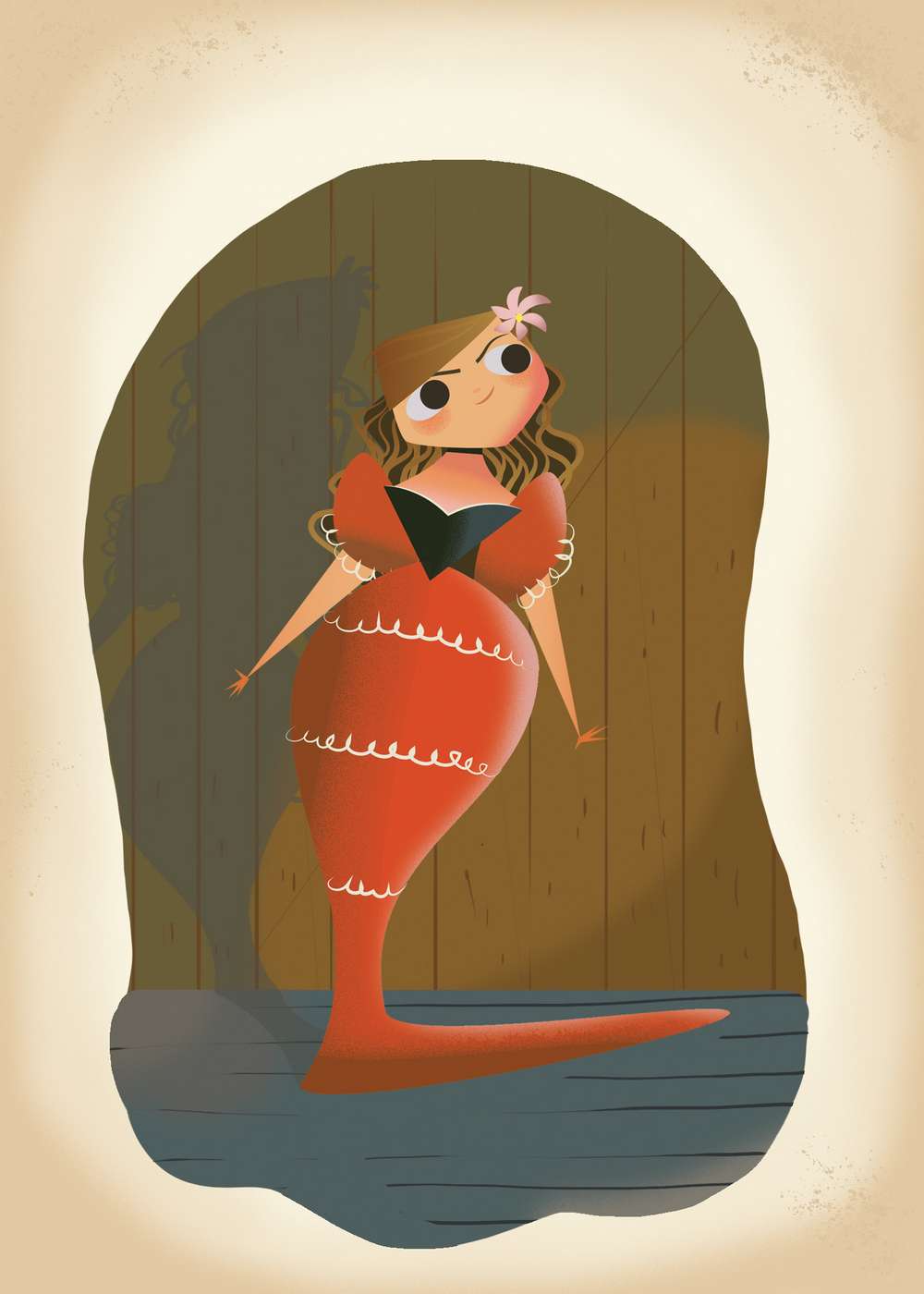 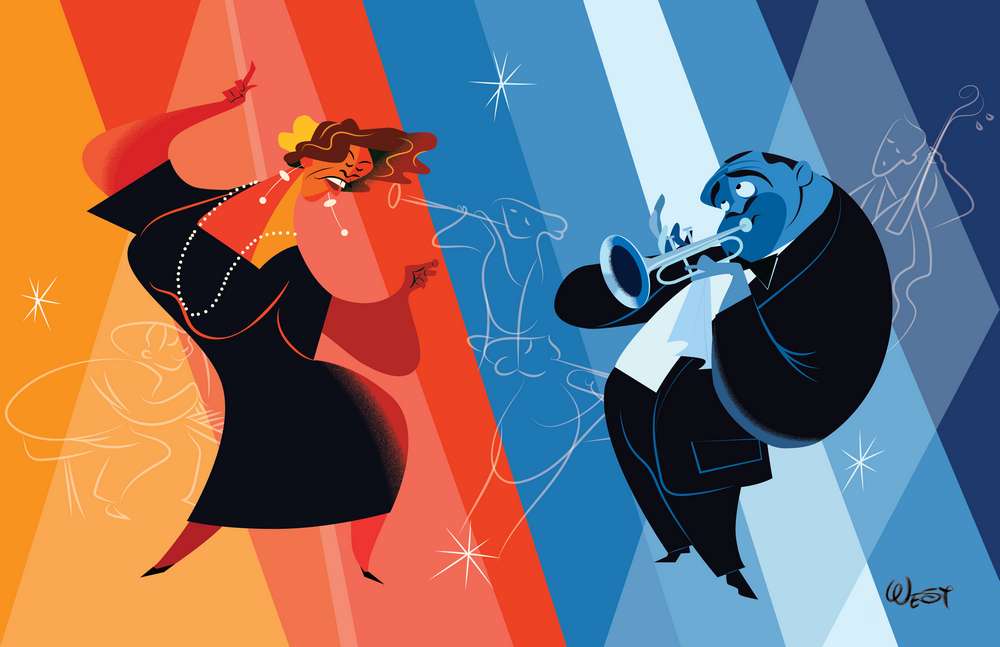 Can you open up a bit about your work and career? We’re big fans and we’d love for our community to learn more about your work.
I’d like to think that I create happiness. I see too much art that delves into sexualizing the female form or gory violence or toxic masculinity. I think it’s simple to draw aggression and anger. It’s a lot tougher to draw something that makes people smile. And in that I think that I’ve been successful. When one is able to do that and make folks happy it’s like a jewel. And it’s very satisfying. I draw my feelings first. After that everything seems to fall into place. I try to avoid anger or violence unless the character or situation calls for it. Better yet, I just avoid it at all costs.  This past year my wife and I launched a greeting card company, Welison Design Studio. I say it’s our celebrity mash-up name – her name is Alison. Our first holiday we sold quite a few cards. Because we started it so late I was able to dig up a couple of old designs and create two new designs to sell on our Esty shop. Considering that this was our first effort I think we did as well as could be expected. We followed that up with Valentines and Mother’s day cards. In between holidays I sold lots of prints. I was a bit surprised at the amount of art folks were willing to buy. Unfortunately the residue of what my parents felt about my art still lingers.   As far as how I got here professionally, I didn’t take the straightest path. I worked a lot of jobs in my 20’s and 30’s that were questionable. I want to say that I wasted a lot of time that I can never get back, but what I gained in return was life experiences that I don’t think a lot of folks can brag about having these days. Not that I’m one to brag. I didn’t go to a proper art school until I was in my early 30’s. And even then I knew it wasn’t a good school. Also, it wasn’t until I was in school that I realized that I should have gone to different art school. I also got taken advantage a lot. I did a concept designs and storyboards for a few no-budget science fiction movies. I’m still waiting to get paid. But you learn. I once created designs for a traveling indoor amusement park. It was a dream project. My chance to wear a Disney Imagineer hat and go wild. It’s work that I was very proud of and believed it would get me in the door at WDI. In the end all I got was a ‘thank you.’  But those are life lessons.

By my late 30’s I got caught up in advertising graphic design. Building ads for mom and pop shops for local newspapers and magazines. I had a wife and two small kids that I had to feed. And the work was stable. For the first time I had my own desk, computer and it kept me busy. Even then, once I was outed as the sole guy in the art department that could draw, I was given extra special creative tasks. But the art department is always the first to get axed in any business. And I worked in a lot of art departments in Ventura County that were eventually closed hoping one day I’d get a call from Disney. If I never made a life change they never would have called. Sometimes, as tough as it can be, and as comfortable as one can get, if things aren’t going as planned, a drastic change must be made. 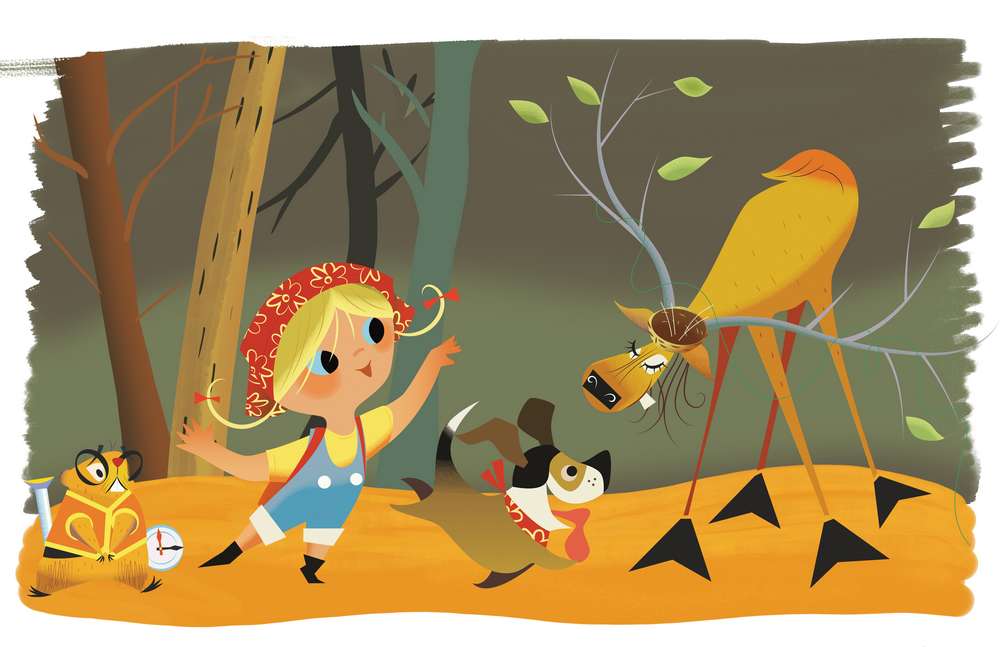 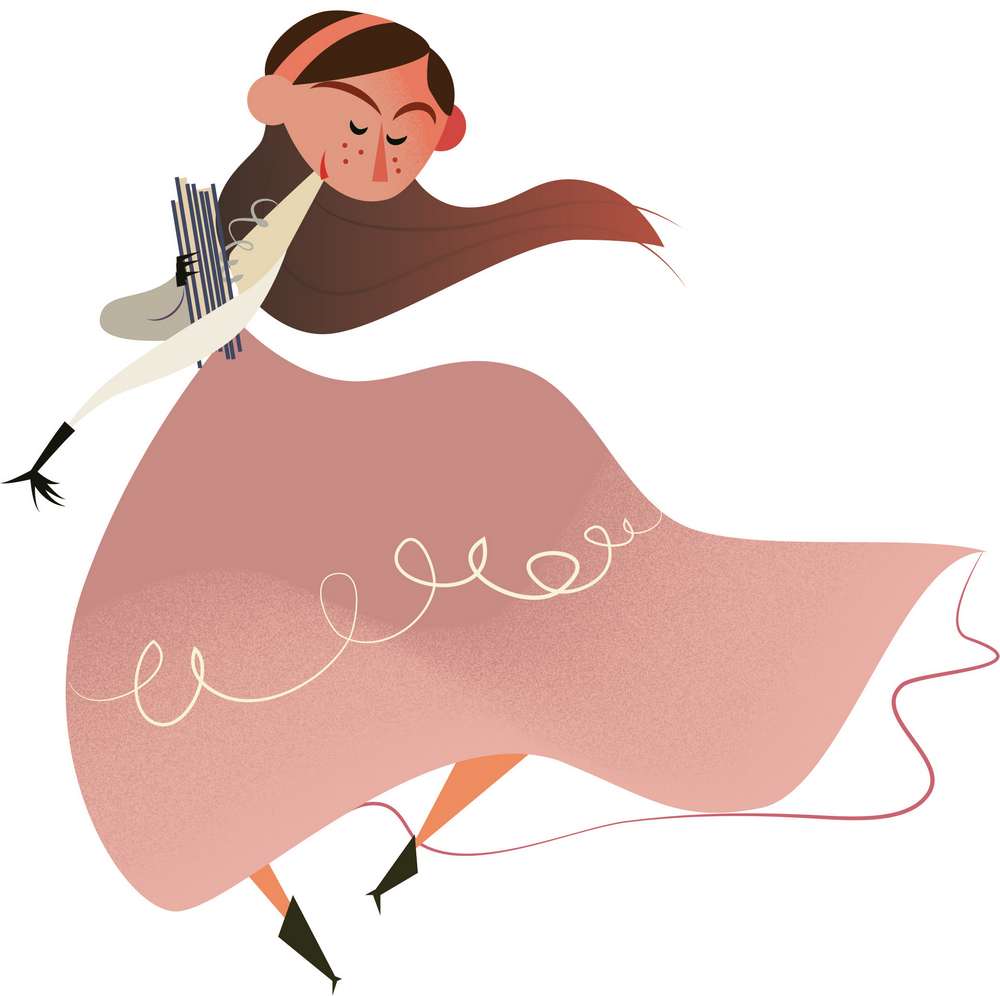 Any places to eat or things to do that you can share with our readers? If they have a friend visiting town, what are some spots they could take them to?
Ugggghhhhhhh… I’m SUCH a homebody. WAIT. I‘m a boring homebody. My wife, who’s an actress, takes me to parties and I just want to ball up like a pill bug and roll away. I like piers though. And eating (I know eating should never be a destination), but eating on a pier I can deal with. Other than that I wake up early I go to bed early and I spend way too much time doodling on scraps of paper. 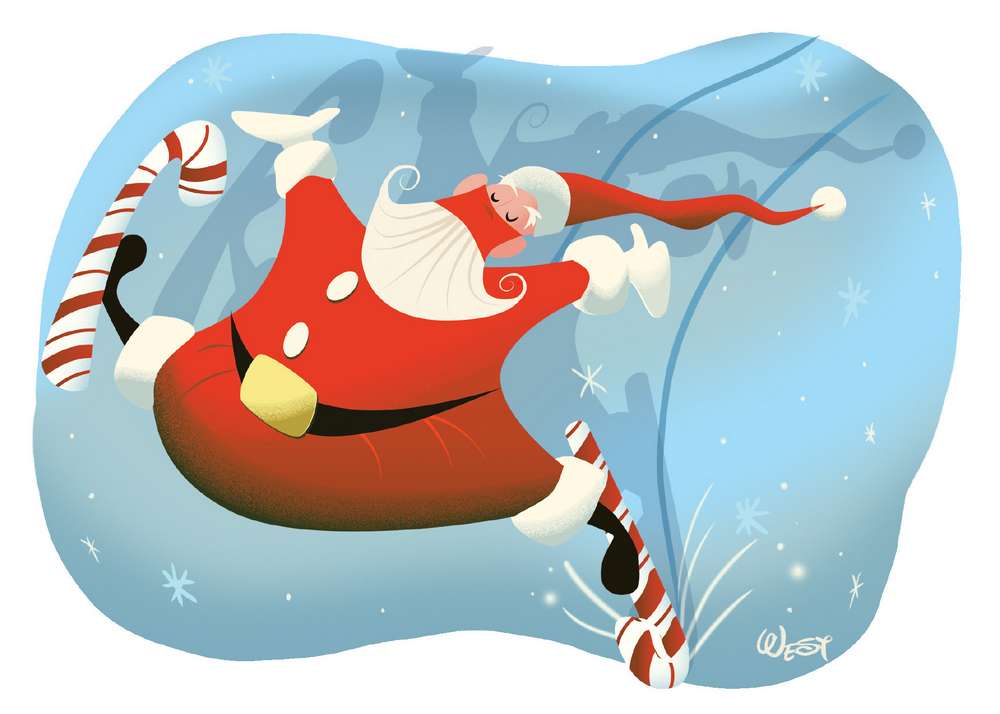 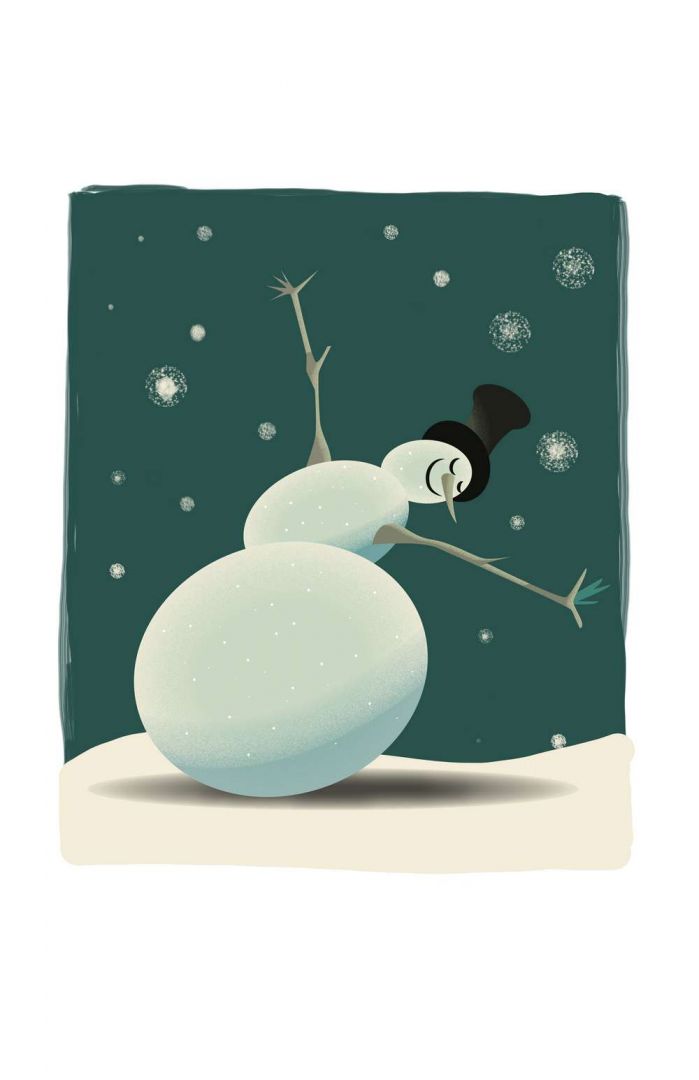 Shoutout is all about shouting out others who you feel deserve additional recognition and exposure. Who would you like to shoutout?
Ah… the list is endless. We don’t arrive where we are by accident. Aside from Kay Hyde there was the Beginning Art instructor, Thomas Cole at Inglewood High School – both were instrumental in giving me the confidence to not only show, but appreciate my own work. Aside from them there are volumes of books that I furiously pored over from MAD magazine which featured my first understanding of caricature with Mort Drucker. TV guide and TIME magazine with their dazzling Hirschfeld covers. I didn’t even know his first name until the internet appeared. And little did I know that Al Hirschfeld would be such a huge influence in my work.   I have always been a sucker for behind the scenes art books. The Art of Walt Disney, The Art of STAR WARS and its endless sequels, the art of every Pixar movie ever made. It’s endless. Those books were the best art school that anybody could ever have and I suggest them to anybody learning how to draw. If you want to learn something, learn only from the best. Then, find out who inspired them. Then learn from them.  I have to mention that the first time I submitted a portfolio to The Walt Disney Studios was from a girlfriend I had at the time. That was in 1993. I didn’t even know what a portfolio was. At that time I just drifted from one dead end job to another. And when folks knew that I could draw I was immediately put on whatever creative duty they could imagine. And folks all recited the same thing “You should work for Disney.” That girlfriend actually drove me to an art supply store, bought me a portfolio and created a resume for me. I spent about two weeks creating new pieces and sent the portfolio to the studio. A few days later they asked me to pick up the portfolio. I wasn’t disappointed. I always imagined that I came in second place. The drawings were not Disney quality, but I was bitten. I knew how to do it. I ended up submitting my portfolio every year to the studio, Walt Disney Imagineering and in time, Pixar Animation Studios. I did that for about eighteen years. The only reason I stopped was because I went thru a bad divorce and a nightmarish child custody battle.

In 2017, another girlfriend (who would become my wife), submitted an application for me to work at The Disneyland Resort as a sketch artist. Thinking that I’d already been down this road I was a bit hesitant to get into that loop of submitting and being denied again. I applied and I won the role. Twenty-seven years after I first submitted a portfolio to Disney, I was hired. I felt like Morgan Freeman at the end of The Shawshank Redemption. Only for that dream to be taken away just two years and three months in because of the pandemic. Whether I’m returning or not still remains to be seen. 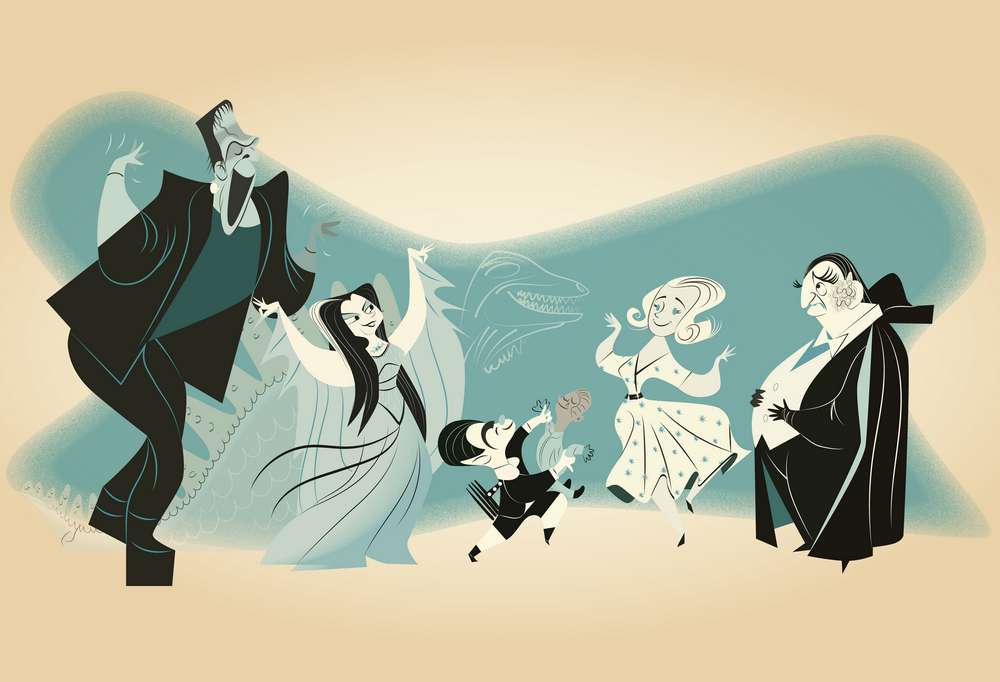 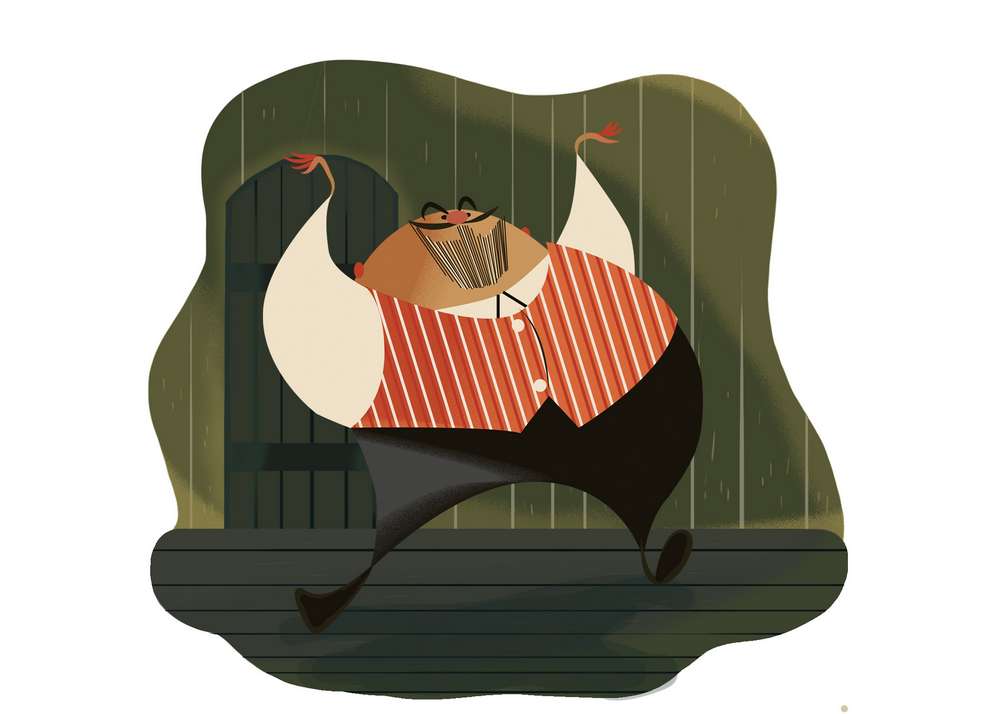