We had the good fortune of connecting with William Correa and we’ve shared our conversation below.

Hi William, what’s your definition for success?
As I reflect on my past efforts, success has always been a concept that drove me to step out of my comfort zone. I remember being a kid climbing a tree and trying to get to the highest branch, not making it all the way up then falling a couple of times, to reaching the highest branch and feeling like I was on top of the world. That feeling is how I define success. It’s not tangible. It’s emotional. It’s validating. It’s a rewarding feeling inside that makes you feel warm and confident when you experience it. Success is the treasure that follows every attempt towards a goal. 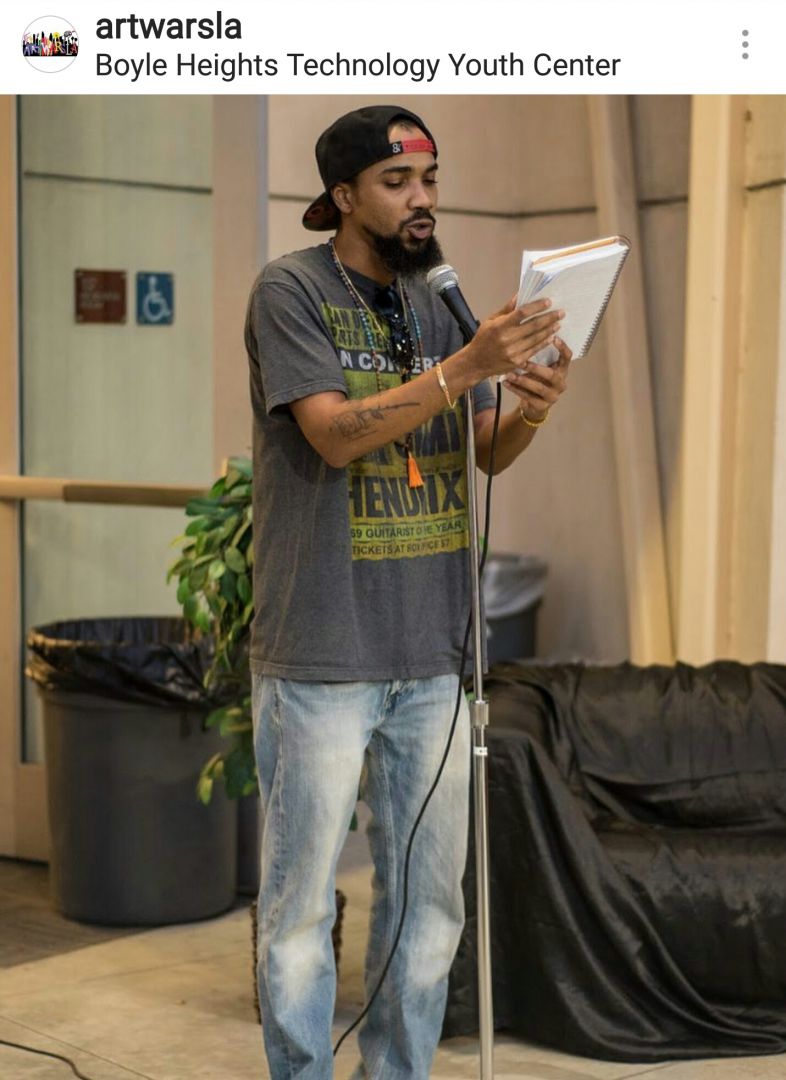 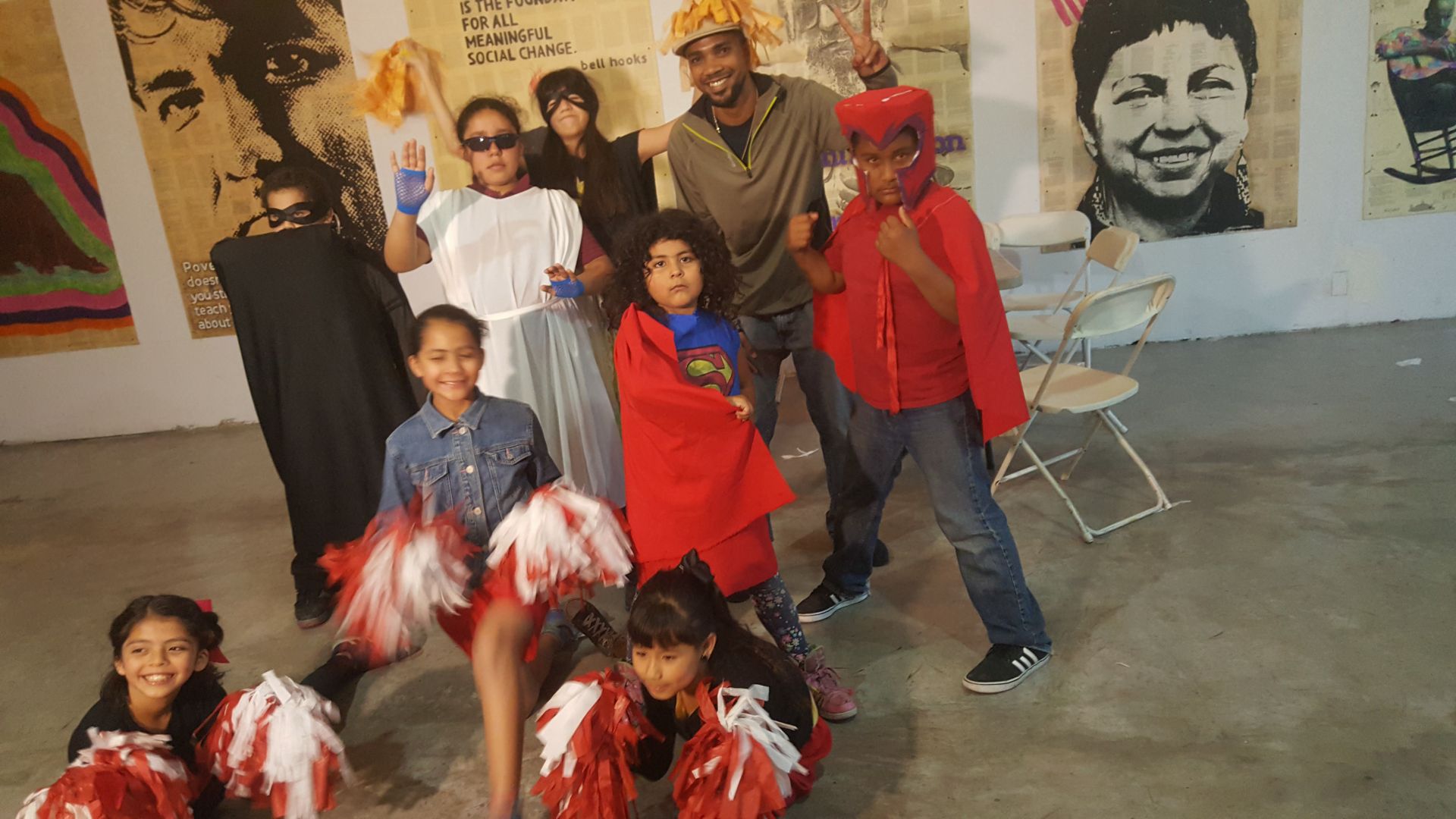 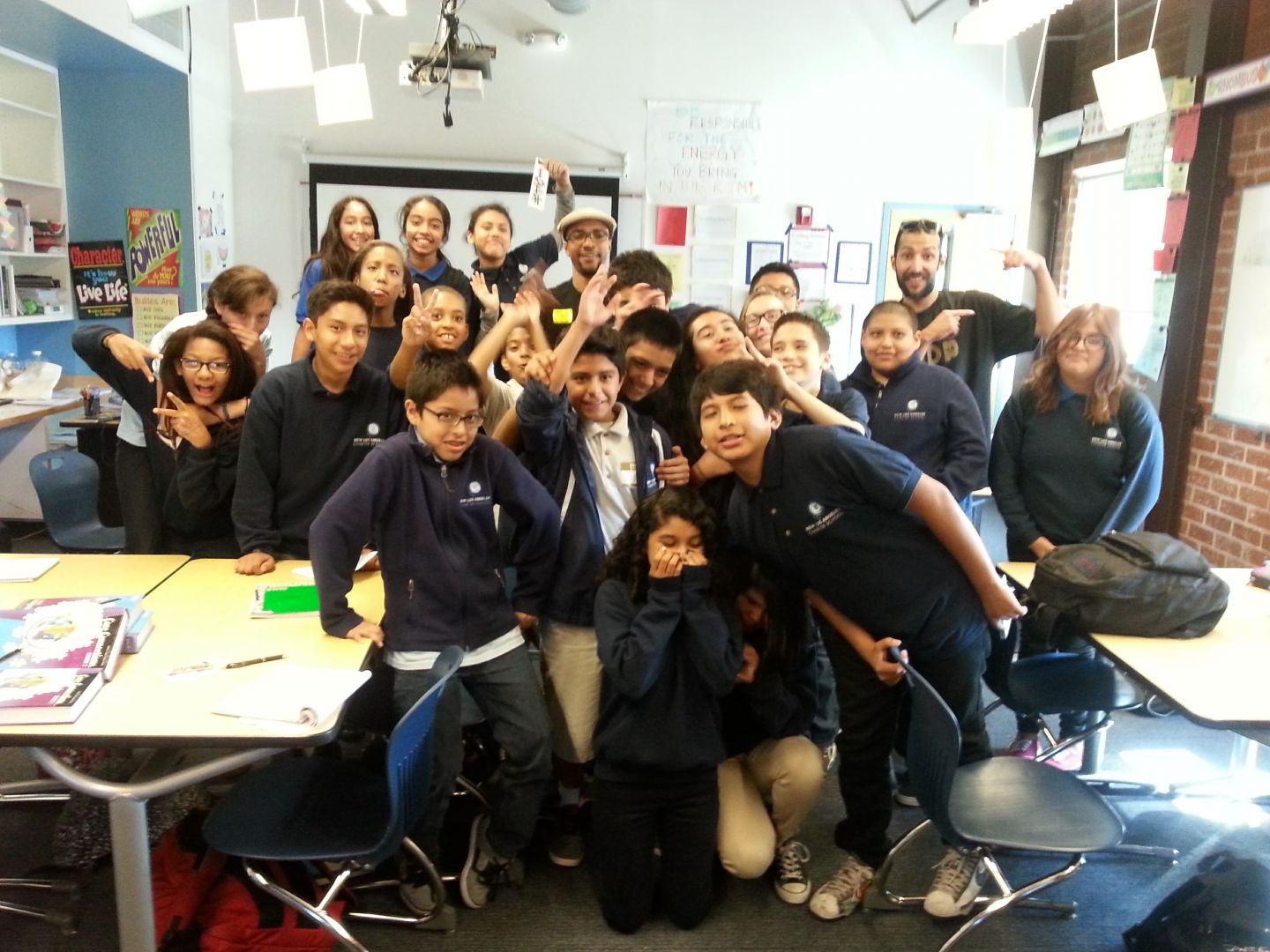 Can you open up a bit about your work and career? We’re big fans and we’d love for our community to learn more about your work.
Getting to this point in my career as a Success Coach has been an interesting journey. I would have to compare it to a movie of someone overcoming adversity, leaving a negative lifestyle behind all while believing that it can be done. I started as an entrepreneur in 2004 alongside Albert Chapman with my first company venture HoodCats Records. We created and recorded music professionally. At that time I was fighting 5 felonies, was rough around the edges and didn’t have any long term goals of any kind. My focus was in the streets. But Albert being 8 years older took me under his wing and gave me guidance that later will be very valuable in my personal and professional growth. He taught me how to use the “make it happen mindset” which led to amazing opportunities. Around the same time we caught the ear of my uncle, Eric Bobo of legendary hip hop group Cypress Hill, where he invited our music group to participate in his first solo album titled Meeting of The Minds. Gaining the interest of my uncle happened organically, yet it gave me the opportunity to spend more time with family, learn the ropes of the industry and gain credits to put on my portfolio. He gave me the opportunity to be tour manager, graphic designer, studio engineer and much more. I had so much fun working concerts like Paid Dues and Coachella to name a few. That’s when I began to see where my mindset that I had developed earlier mattered. That opportunity to tour manage gave me experience in managing which wasn’t normal in my peer group. There was something about setting up the show and then seeing the impact we made on people that sparked my interest. It was so cool to be a part of creating people’s joy. Creating win-win situations became the goal. Another example of the “Make it happen” mindset. Shortly after tour managing I linked up with my high school friend Aaron M. Duran to launch an event in the heart of East Los Angeles, and the event was called Hard N Da Paint. We had over 20 live performers free for the community. Organizing this event felt at home for me due to my experience tour managing and working festivals. We gained a weekly workshop residency and the HNDP non profit history began. Since then we’ve worked with Microsoft, KDay, Power 106, the government of Mexico, Los Angeles City and much more. I fell in love with guiding the workshop participants towards their goals. I found a passion in seeing someone else succeed. It was something fulfilling that I didn’t find anywhere else. The “Make it happen” mindset again became highlighted. I looked in the mirror and saw someone that wanted to help the next person grow. It was amazing. But how was I going to build wealth? Non profits make money and all, but the dream of traveling the world and living in my dream home requires a special income. That is what sparked the journey towards Success Coach. While sitting on my couch one day asking the universe for a sign, I received the most impactful experience of self realization of my life. As if the lights of life had been turned on permanently. I understood my purpose and began to write out a list of principles that everyone could apply to their life. Utilizing the “Make it happen” mindset, through my father I contacted Tony Hacker PHD to get a proofread and he gave his blessings. I filed for the copyright, designed a small book and self published it. The Professional You Handbook was born. I began sharing the message and lives began to change. After realizing that the work I was doing with the HNDP participants was actually coaching and mentoring people towards success, I decided to implement The Professional You Handbook into the HNDP youth mentoring curriculum. It worked well and that led me to build a consulting company where I can coach entrepreneurs and other professionals. I called the company ProWorldLife. I applied everything I knew and developed a new curriculum that a person can apply to reach their goals. Shortly after applying the curriculum to my own life I began to seek more knowledge. I got certified in Transformational Coaching and ProWorldLife grew as well. After working with numerous clients I began to reach out to key influential people in the community that were making efforts to impact the world for the better and would invite them to participate in The Professional You Program. It worked well and people began working on their own projects. The achievement of becoming a success coach was born. Since then I’ve continued to expand the impact of HNDP, ProWorldLife continues to help professionals and entrepreneurs, and I couldn’t imagine doing anything else besides helping people succeed. It’s as if everything came together from within. It clicked. And I found myself coaching my clients, business partners, and close family and friends towards success. The Professional You Handbook is the tool to awaken people to their truth and purpose. ProWorldLife is the community that nurtures our success. HNDP is for the creative youth leaders of tomorrow. I now aim to achieve a Nobel Peace Prize for The Professional You Handbook and want to be remembered for the impact I’ve had on my global community. And with the “Make it happen” mindset, I’m sure I will get the opportunity to achieve that goal. 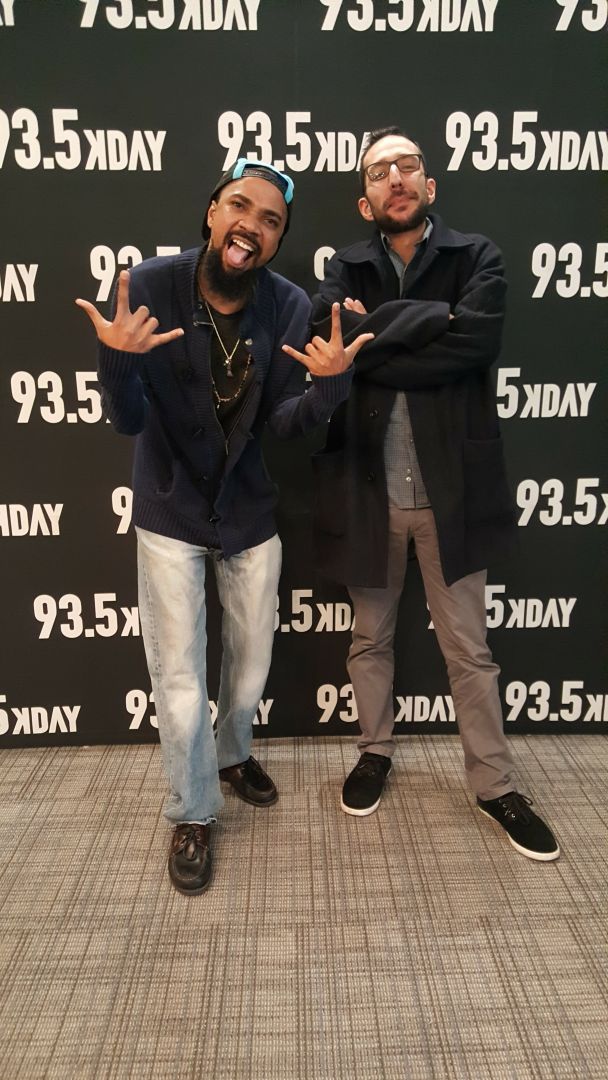 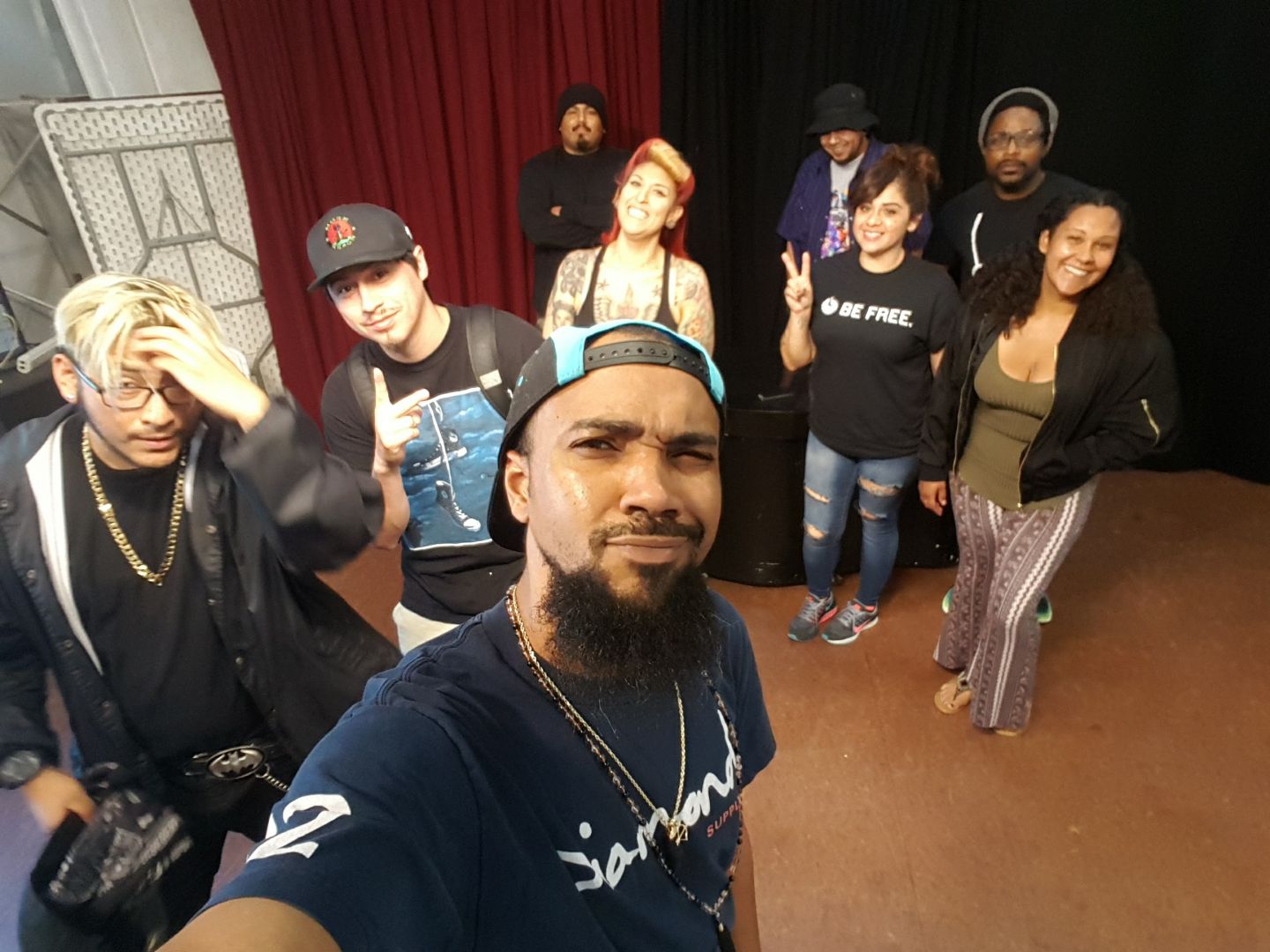 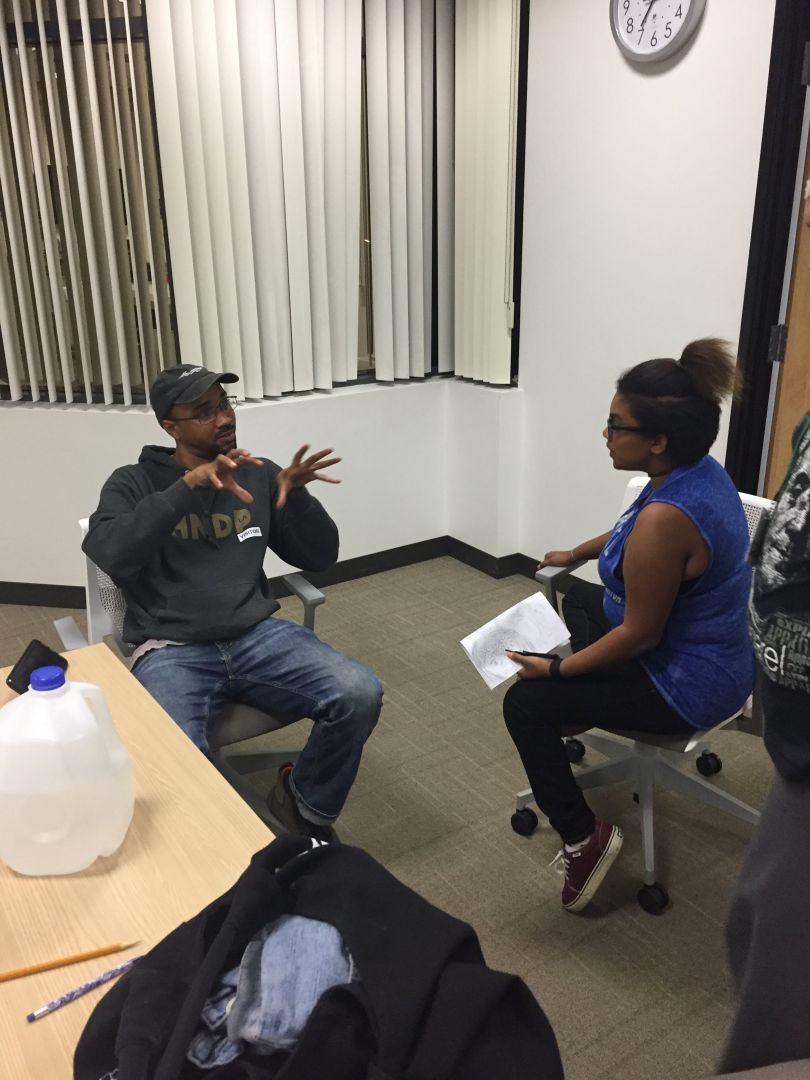 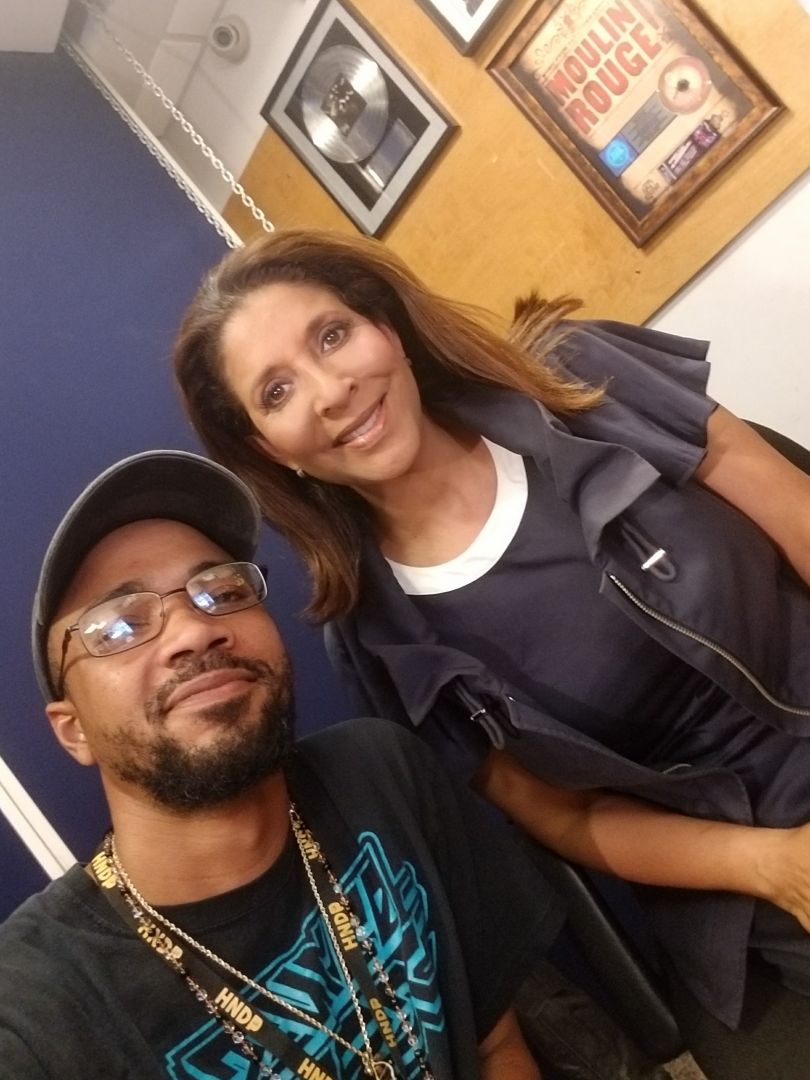 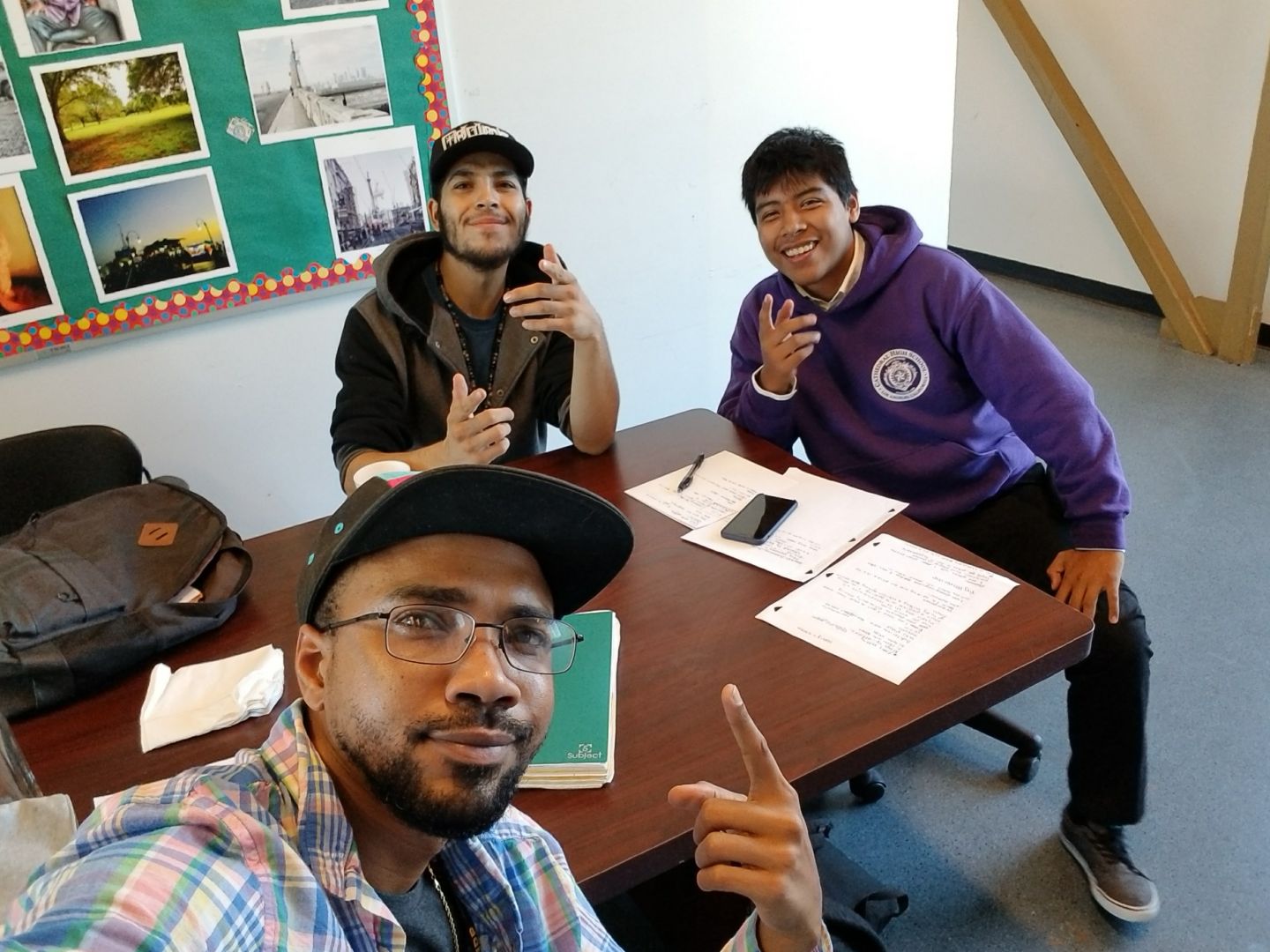 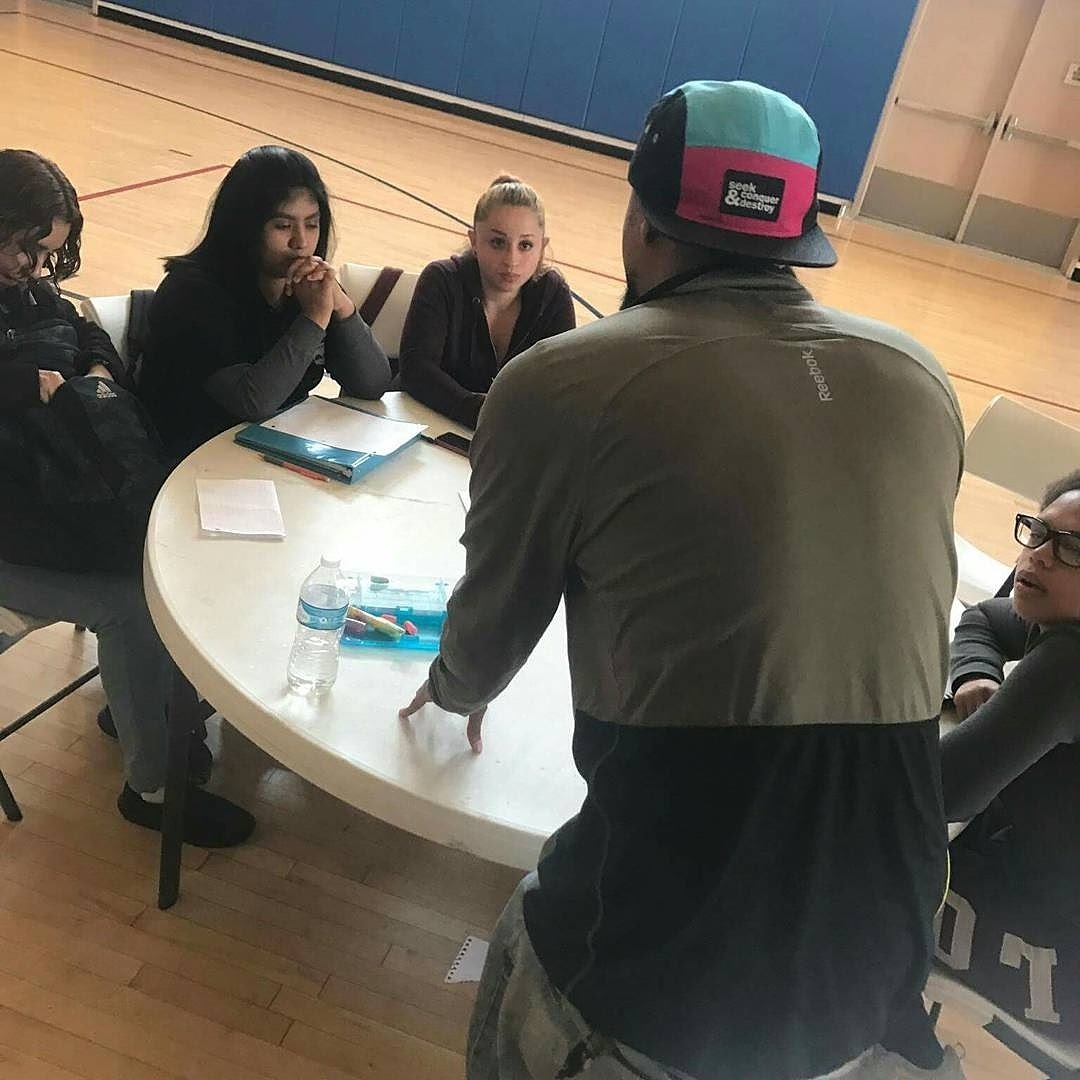 Shoutout is all about shouting out others who you feel deserve additional recognition and exposure. Who would you like to shoutout?
Many people have impacted my life for the better. If I tried to name them all, I would have to take up a lot of page space. But to have the opportunity to highlight a few key people that have been dramatically pivotal in my life journey is very special to me. As a youth I had as some might say, one foot in and one foot out of the streets. Growing up in MidTown Los Angeles you have many opportunities to take a step in the wrong direction and I took that step a few times which led to me fighting 5 felonies after I graduated high school. While I was doing my thing in the streets an older friend of mine by the name of Albert Chapman was released from prison after serving an eight year sentence. When he found out what path I was on he took the time to mentor me and introduced me to recording music professionally. That introduction gave me access to an undeveloped creative expression that I had bottled up behind a hardcore street persona. This moment in my life was one of the first times I saw the light at the end of the tunnel being possible. I was able to look at myself and feel good about what I saw in the mirror. The people around me responded to my creativity with support and excitement. I felt the love of art boiling in my blood. The spark was lit and I began to nurture my music craft from that point on. Secondly I’d like to give a huge shout out to Aaron M. Duran. We met in 8th grade summer school on our way into Cathedral High School as freshmen. Our friendship exploded instantly as we both had a deep love for Hip Hop and writing lyrics. So for our morning and lunch breaks we would share our writings in a back and forth battle style which allowed us to sharpen our skills in a fun manner. From making rhythms by banging our hands on lunch tables, to beatboxing using different mouth sounds, we developed a close friendship based on being creative. This led to us reuniting after high school and continuing our creative expression in numerous at-home recording sessions that led to live performances in San Jose and locally throughout Southern California. All those times were historical and the memories are endless. Yet one of the main reasons I want to give this shot to Aaron is for taking the time to pick me up every day after he got out of work and for taking me to his house in East Los Angeles to get away from the street politics of MidTown. Having a safe place to refuge while facing such adversity was priceless. It gave me space to clear my thoughts and invest in my creative expression. Now we are the Co-Founders of HNDP which is a non profit organization focusing on providing free mentoring workshops for youth seeking career paths into the entertainment industry. The same bridge that was provided for me we now provide for the youth in our inner city communities. Lastly I want to give a very special shout out to the late Michael Jeffery Pena aka Once. Once was 17yrs old when he was murdered in front of his front door step by local gang members in MidTown Los Angeles. He was a very creative kid with a bright future. It was 2007 and I had taken him under my wing. Teaching him how to write lyrics, taking him out of the neighborhood every time I could, but mainly developing his mindset to achieve goals outside of the normal was the focus. I woke up to a phone call saying that he had been killed. That morning changed my life for the better but broke my heart. The reason it changed my life for the better is because 20 days after his funeral I decided to leave the street life alone and focus on building a positive lifestyle. I dedicate all my efforts in making that change to his life in order to cherish the sacrifice he made. May you Rest In Paint Once!! I represent each of those people in everything I do. I wouldn’t be in my position in life or career without them. I feel these people deserve a huge shot out! 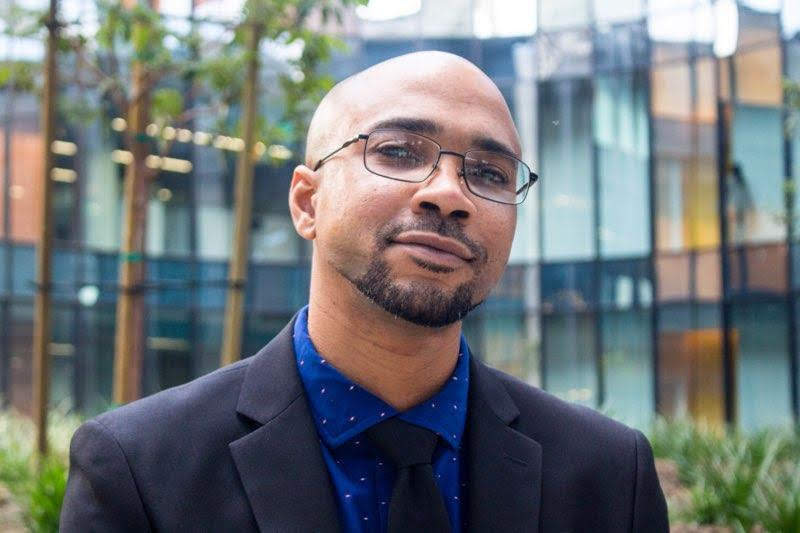 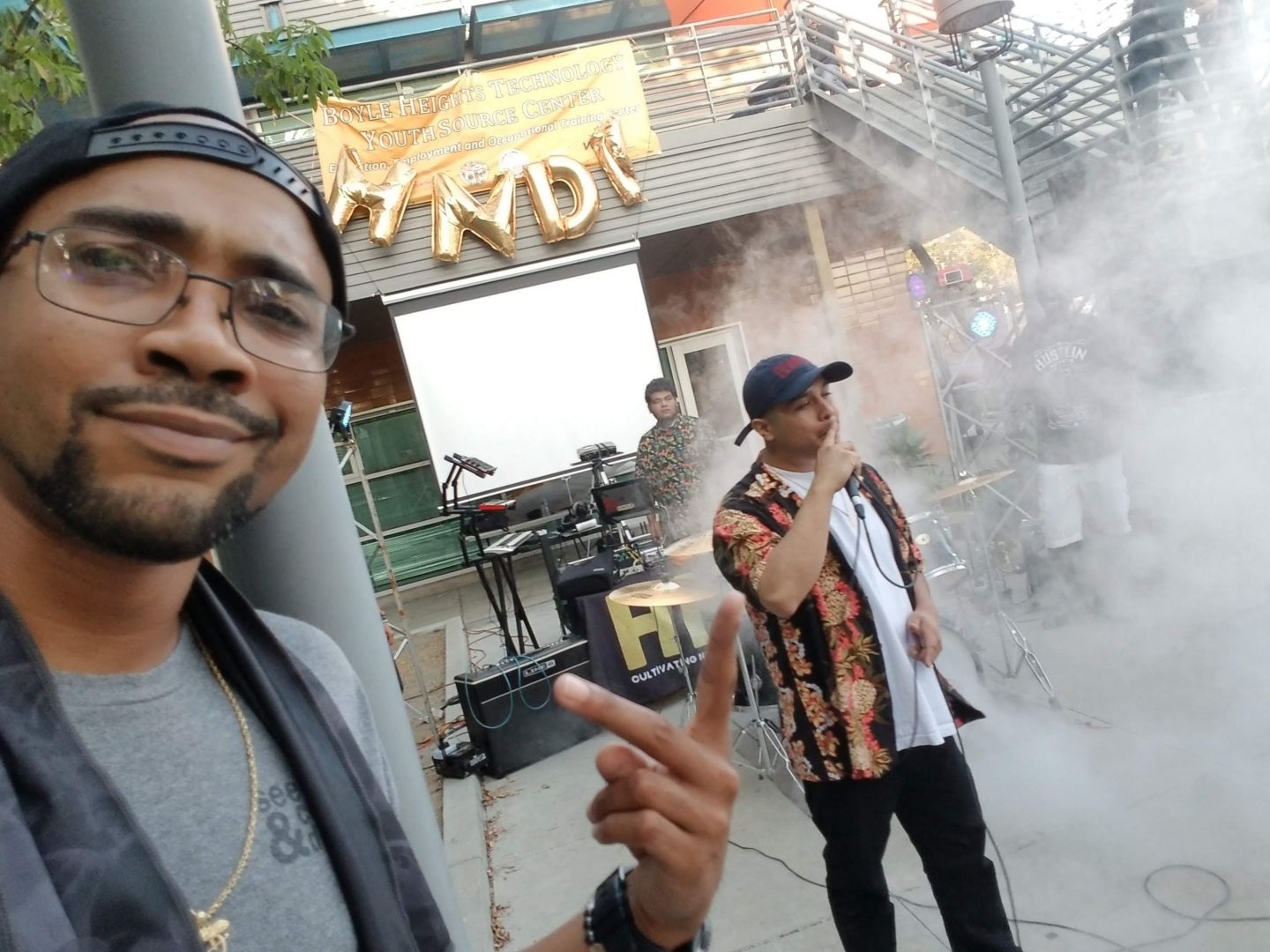