We had the good fortune of connecting with Nicolas Pigot and we’ve shared our conversation below.

Hi Nicolas, can you walk us through the thought-process of starting your business?
Starting my own business was always in the back of my mind. I have been raised in France, in a modest family, and as a kid I thought that the only way to transcend my family social status was to be a business owner. That was obviously a misconception, but it gave me the drive to ultimately become a business owner. During my college years I figured I needed a wide range of skills if I ever wanted to be my own boss, I started off studying graphic designs and computer science and shifted to a business major. This “unconventional” shift at the time ended up giving me an edge and led me to get a decent job right after college, working for a medium size business. The company in question gave me an internship in Los Angeles, which was a huge deal for a French kid, that company was doing garment printing and had an eco-conscious clothing brand. Given the effort I made during my internship, and my will to work across the different departments of the company, I was offered a job to stay and quickly took over the management of the manufacturing side of the business. Little by little I was also getting more involved in the brand development and creative process. After a few years of working there I pretty much became the right hand man of the owner, my opinion was asked and cared for on most aspects of the business, I felt like I was running the business as much, if not even more, than the actual owner, which ultimately gave me the confidence that I could become an entrepreneur myself. During the last few years I worked there, I was pretty much the boss under the boss, I had my employer’s total trust. Working on the in house clothing line, as well as the company’s customers’ projects I became kind of jealous in a way. It was not necessarily about money, but more about the freedom. I saw all these people around me being their own bosses, turning ideas into creations, some of them succeeding, some of them not. The ones not succeeding kept me grounded to not rush into quitting to make my own thing, I had to figure out how to transition safely. Given the professional position I was in, I started making artworks and selling them online (all that was about 10 years ago), I was doing this outside my work hours, it was really messy in terms of structure, I was all over the place. To my surprise, I started getting some following and making sales, and faster that I thought I was pretty much making my salary on my own. I had become self sufficient on my own. My boss was aware of what I was doing, selling t-shirts and other embellished garments, and I had become a client of the company I was managing. It quickly became apparent that I needed to free myself from work to develop my own business even more, so I told my boss I was going to quit. It took about a year for me to quit, Being in a pivotal position I did not want to cause any trouble for my employer and the other employees so I had to see the transition through and make sure I was replaced before being able to leave. Finally the time of becoming my own boss had come, so I did. At that point I thought my business was going to be a clothing brand, but what I had not accounted for is a lot of the clients, from my now former job, and I had developed relationships and friendships. Within a couple weeks of me being out of my job, I started getting contacted to freelance and consult for some of them. It gave me a safety net in addition to my own projects, and I could manage the amount of time I was allocating to them. So ultimately I ended up running two different businesses, and it only kept on growing. 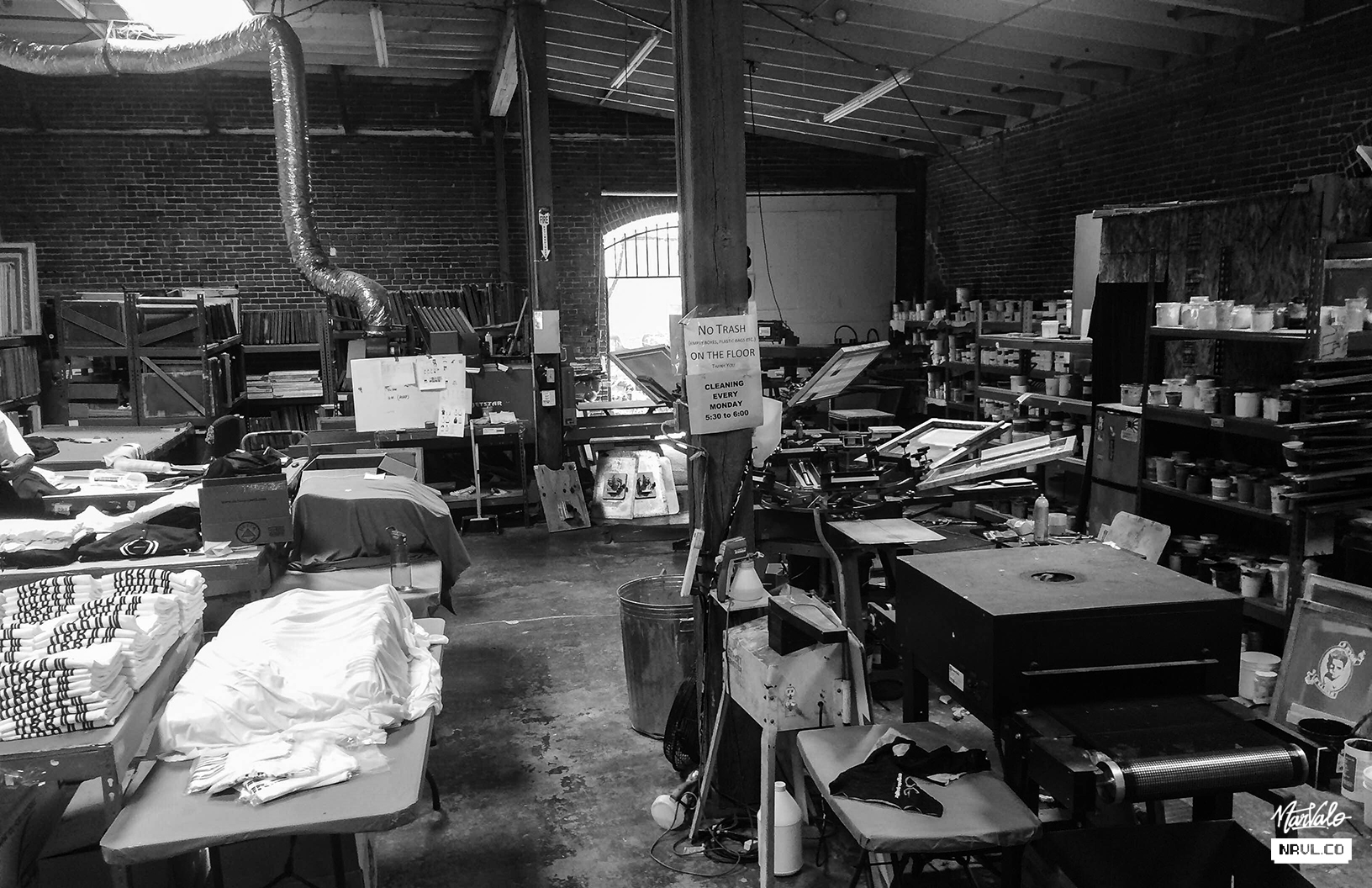 Can you open up a bit about your work and career? We’re big fans and we’d love for our community to learn more about your work.
Thanks to the two different aspects of my business I get to focus my creativity into two distinct ways. On one hand I can be totally free and take any idea and turn it into an artwork of my own and on the other hand I can challenge my creative process by having to fit within my clients’ expectations. It has been a long way to get where I am today, I started creative skills over actual creativity. I had to help customers to turn their ideas into a product, into a marketing campaign and more generally into something tangible. Given my professional experience as more of a “technician” and understanding of production limitations, I was able combine it with my creativity and knowledge of creative tools to provide tailored services to my clientele. Surprisingly the most challenging has been making and directing creations for my own brand(s), not having a customer’s guideline has always been challenging as I was not able to direct myself in a clear and consistent direction. From trying to emulate other brands and not achieving meaningful results, I had to blank it all out of my mind to come with my own concept, my own motive. I had to look at it like something I wanted to do without considering if somebody else would want it, to finally go my own way. When I finally did, I started a brand called Narvalo Clothing, with the idea of bringing the 80s – 90s gaming, and more generally 80s – 90s “geekness” to street wear. It was and still is refreshing to start something new, something that personally drives me. I was only able to do it because of my consulting / freelancing business, and as challenging as it has been I believe it took my creativity to new heights. 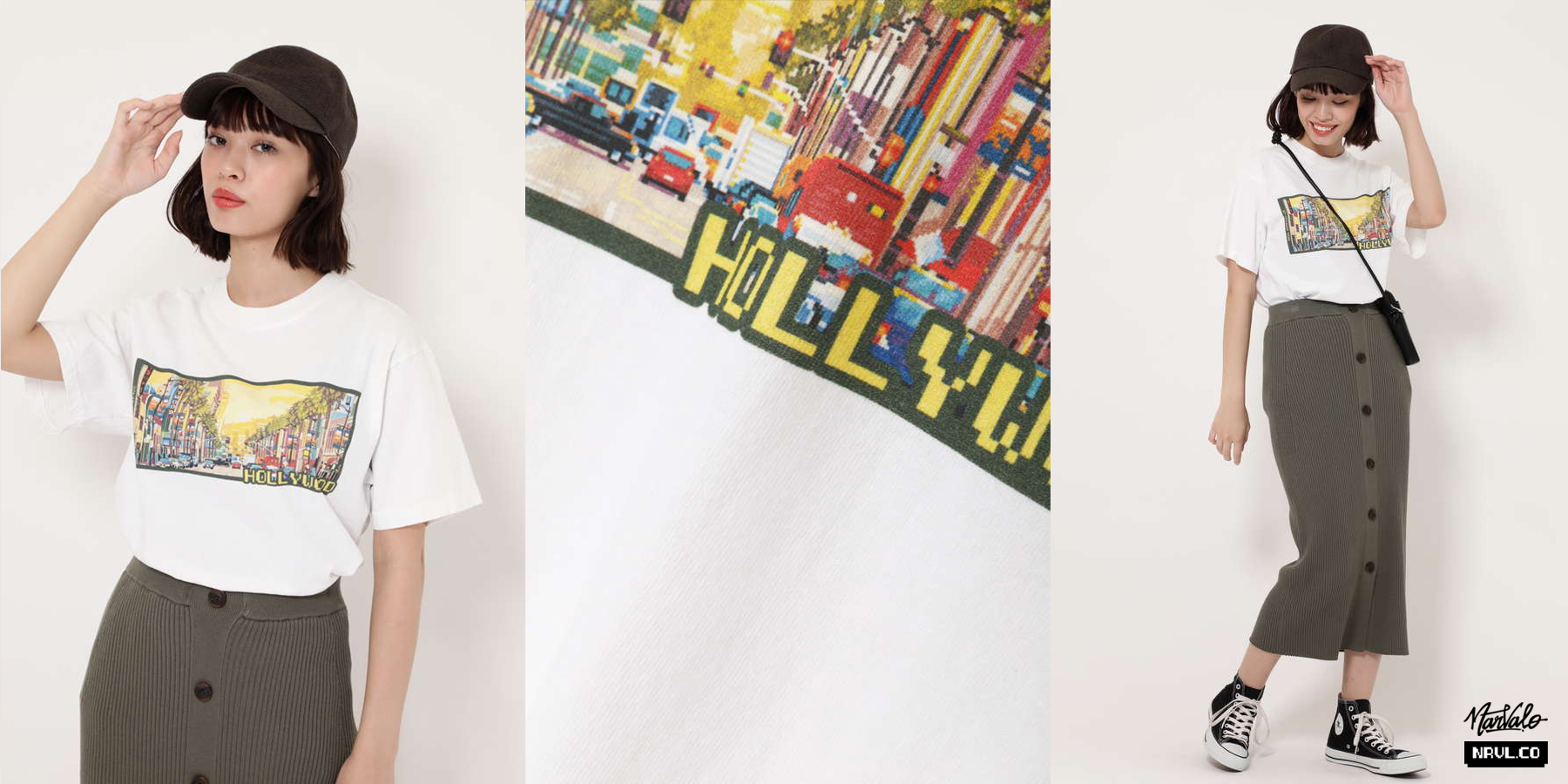 If you had a friend visiting you, what are some of the local spots you’d want to take them around to?
It would be a mix of the classics and the hyper specifics, and the geography and distance between places would highly impact the outings. So our starting point would be my neighborhood, Silverlake. Day 1 I would probably start with Griffith Park for some major hiking. Starting from Trail Cafe, passing by the Observatory and walking all the way to Hollywood Reservoir, a long and tiring hike but well worth it. I would then take him on a eating drinking stroll in Eagle Rock to stay somewhat local, and definitely eating at El Huarache Azteca on York Blvd and going the York (bar) right around there, and then bar hoping some more within walking distance. Day 2 I would probably have to take him to the beach… So I would take him to Malibu “early” in the morning, driving through the Valley to avoid the westside traffic, and take him to Paradise Cove, the food is not the best yet not too bad, but there is something about brunching with your feet in the sand… From there we would have to go to mandatory LA beaches, so a drive through Venice and Santa Monica, stopping for ice cream or dinner. Day 3 I would take him downtown, him being a creative I would bring him to Santee Alley in the early AM, he’d get the best deals on souvenir as well as some crafting material and he would see the (my?) real LA. Food would evidently Mexican from any street vendor / taco truck. After that we’d probably go take some pictures in Olvera Street and Union Station as it has some truly gorgeous architecture. And we’d finish the day by going to part at La Cita to keep it fully latino day. Day 4 I would take him arround USC, start the day with the Natural History Museum, make sure to visit the outdoors there, at the right time of the year the Rose garden is splendid. Food wise we’d have to improvise that day, him being from France he would want to try some American Fast Food, so we’d probably end up in a Carl’s Junior…. After that I would drag him to the LA84 foundation pool around USC. Highly underrated public pool, amazing outdoor pool for a refreshing swim. Then spend the evening in Downtown, trying to visit a couple bar / clubs. The Clifton’s would blow his mind, and maybe finish up at the Standard Hotel rooftop. Day 5 We’d go shopping around Fairfax / Melrose, ideally it’s a Sunday and we’d go to the Fairfax Highschool Flea Market. For the food I would take him to LaLa’s Argentine Grill on Melrose. Comeback towards home and spend the late afternoon evening in Echo Park. Food would be hard to pick, but my favorite is The Park’s Finest, a Filipino BBQ spot on Temple. At this point I’d let him decide what we do the last few days, recommending Virgil Village and my local stretch of Sunset Blvd, where food is always good. But he would probably make me take him to Hollywood Blvd to see the stars, so from there I’d take him to Carousel for the best middle eastern food in LA. He’d drag me to the mall, cause for French people visiting the mall is a stand alone attraction of “America”. We’d probably have missed some “must visit” places by the end of the trip but he would have seen my go to favorites. 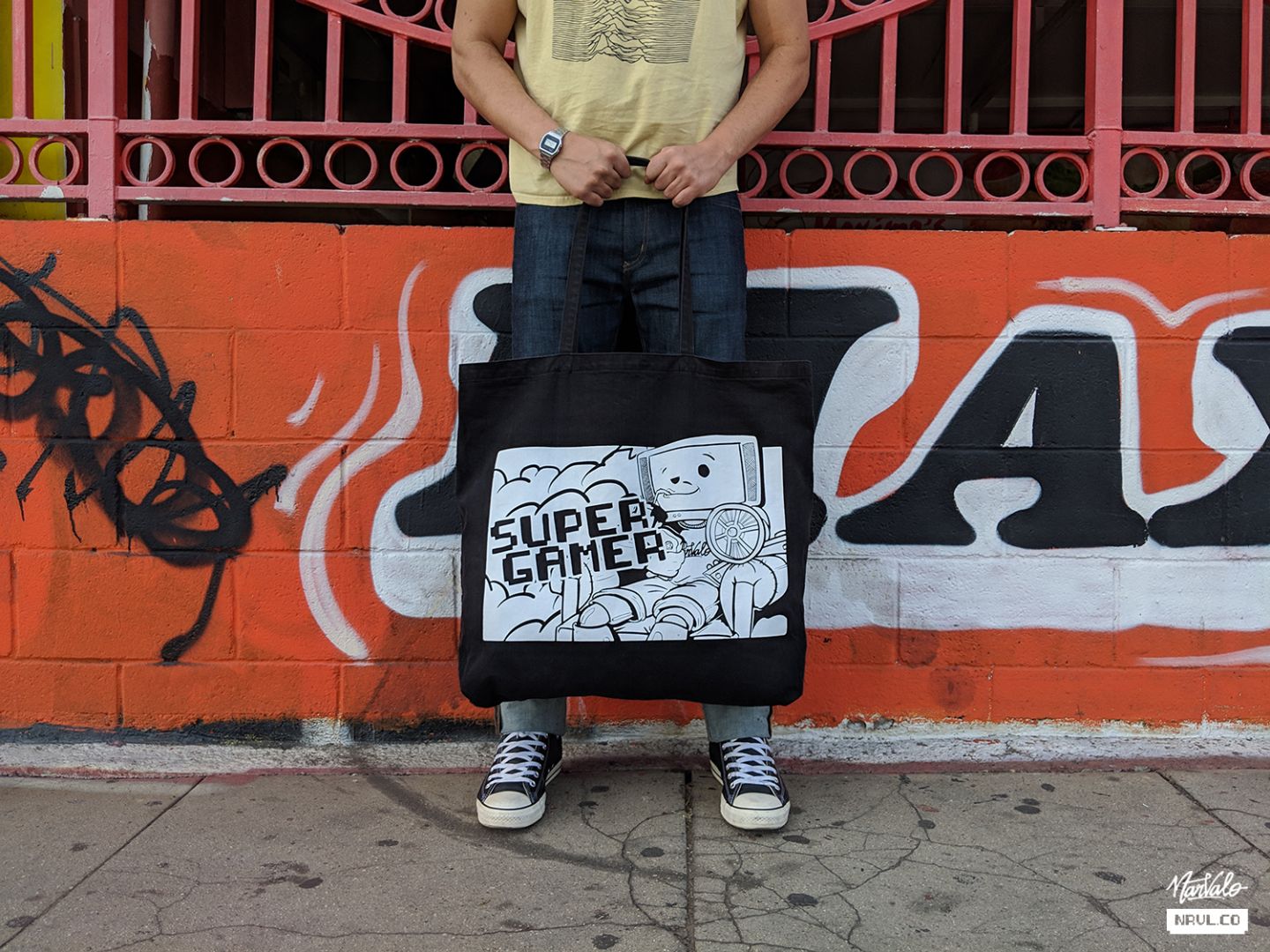 Who else deserves some credit and recognition?
Most people I worked with have, knowingly or not, helped me grow as a business owner. Naming one would be unfair, but some of them I remember fondly and regard as geniuses of their industry. Two of them come to mind, one is from a long time ago, it’s Adam Derry from ADBD. I met him when I was working my first job (described in the previous question) and he’s professionalism and achievements have always been the goal to achieve for me. The second one I wish to mention is Doug Williams, currently a client of mine, and also a great friend. He is the founder of Teenage Millionaire and Jesus Is My Homeboy from the early 2000, I now work with him on his current project Image Club Limited and he has opened many doors for me and his personality and flair are a great example entrepreneurship. 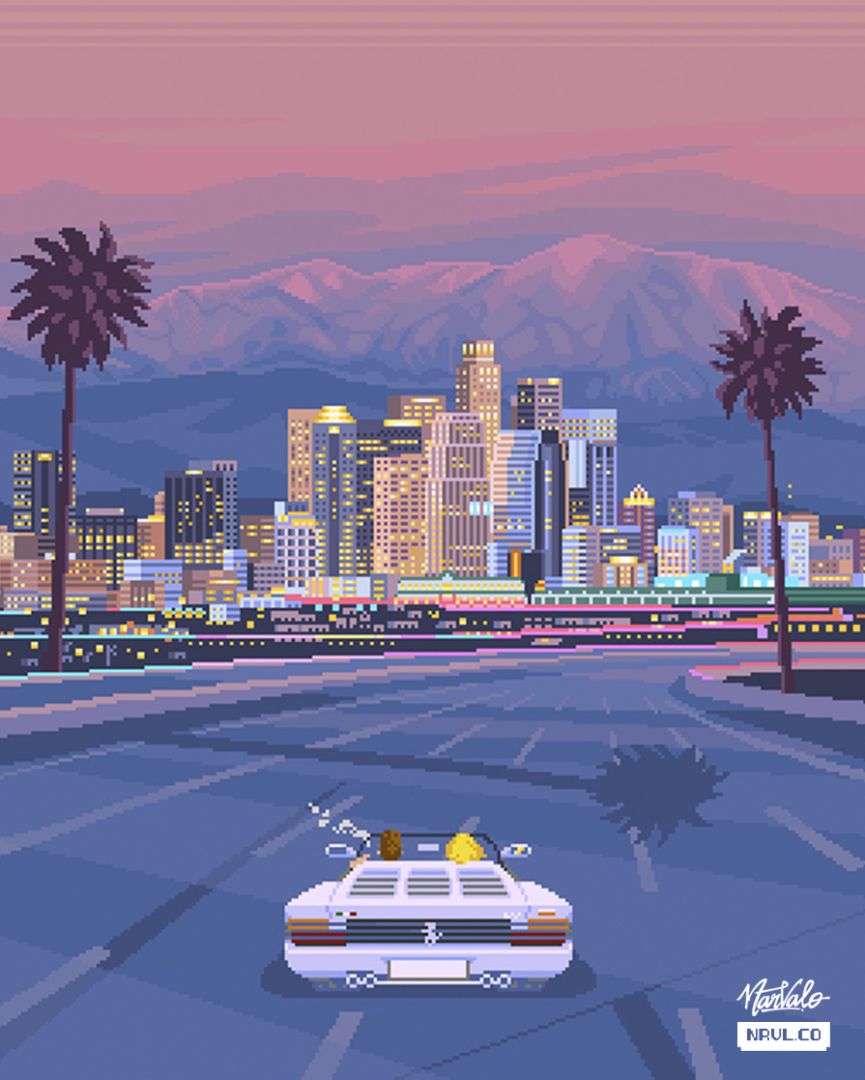