We had the good fortune of connecting with Nina Childs and we’ve shared our conversation below.

Hi Nina, what is the most important factor behind your success?
I truly intrinsically believe that one of the key factors behind my ‘sucess’ is my relentless willingness to just keep going. Hollywood is a long game. You just have to keep putting 1 foot in front of the other. I have so many friends that are getting starring roles in films and tv shows now after 6-8 years of struggling and auditioning in LA. So for me its always on to the next show, the next film, the next project, the next collaboration. Next is like my favorite word. You just have to keep going! And though I haven’t inked my 100 million dollar netflix development deal yet, im always working and I feel so blessed and fortunate to be in a space where i am able to successfully execute and complete projects under my own company as a self financed writer-producer. 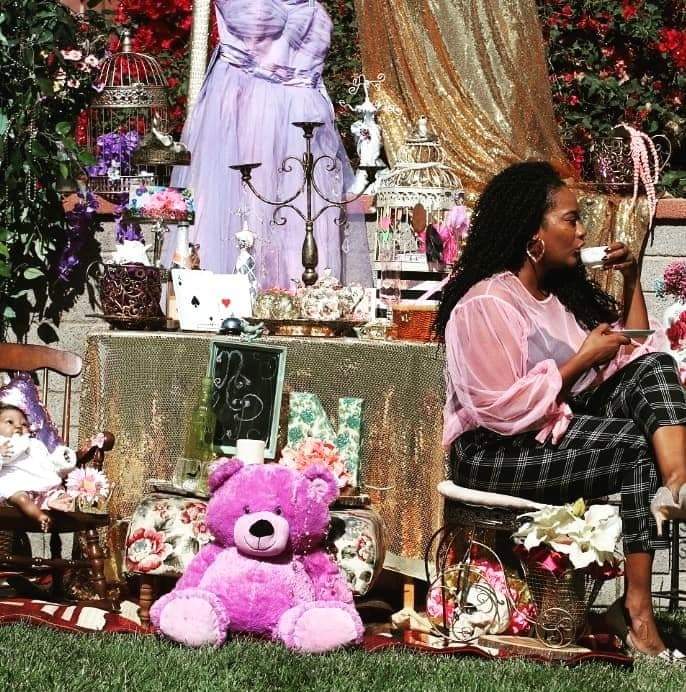 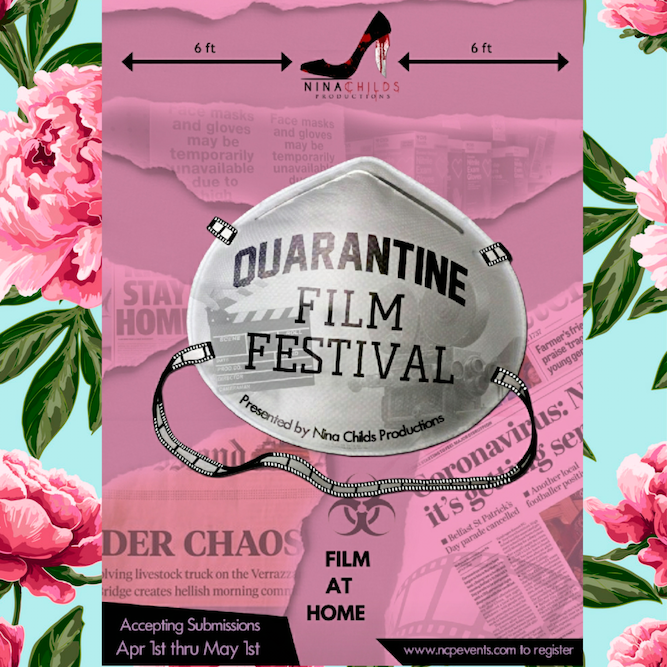 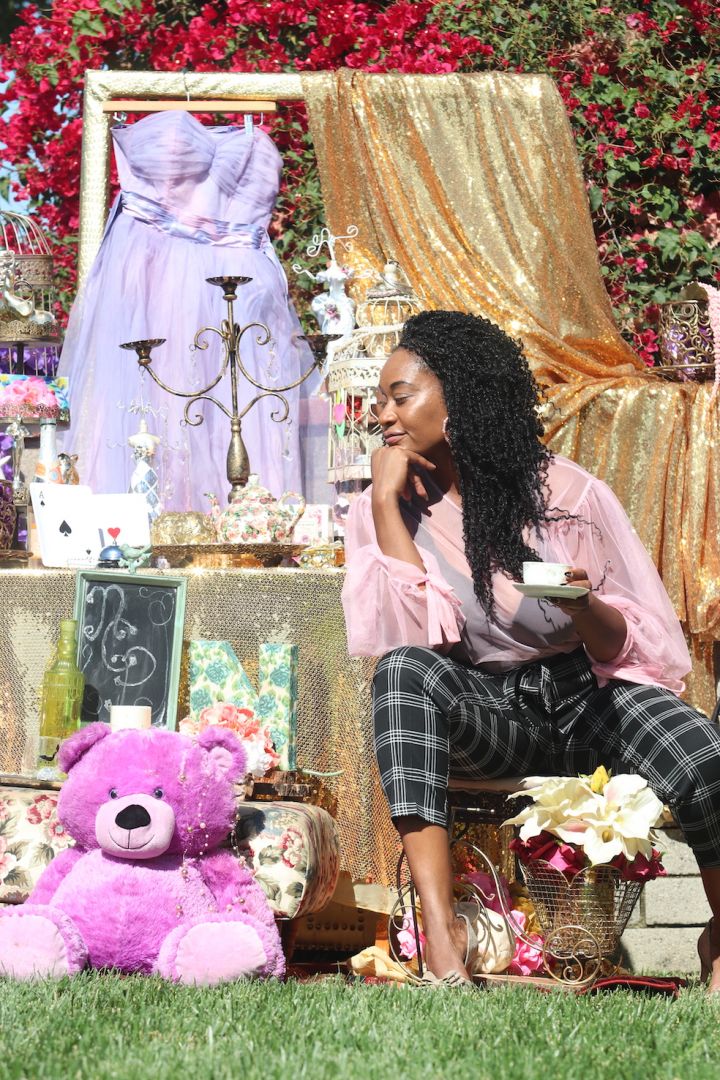 Alright, so let’s move onto what keeps you busy professionally?
I have a constantly active imagination, so whether i’m writing a play, a feature or a insta story i just try to approach everything i do with an attitude of i want every project to be better executed than the last. As far as my style of writing, i mean im a writer i write it all. I enjoy all genre’s especially suspense and comedy. Right now i’m excited to finally be fielding offers for a series i created back in 2017 called reborn, about a millennial and her doll. I also am producing a quarantine film festival that received submissions from all over along with starting rehearsals on a Miles Davis Immersive experience that will be my first touring show! It’s been six years and once Miss Rona sits down i am finally, finally, FINALLY taking a show on tour. I mean I believe intrinsically that i am wear I am today, which is roughly the bottom of the middle, because i just keep going. Hollywood is a long game. The victors are the people who are willing to stick around and do what looks like failing to everyone else, but it’s really just learning,growing and yes sometimes actually failing for like 6-10 years before that next level calls, so yeah, persistence has been my best friend. Was it easy? Sometimes, and sometimes it wasn’t. The pursuit of any goal or dream is just like living life…full of ups and downs and twists and turns. The challenges that I have met i was able to over come with kind words from those near and dear to me, belief in self and encouragement from source. I remember, my 3rd play i was still working in corporate America as an hr manager and i had a friday night opening show after work. Well that particular Friday we had to let go of 3 very problematic employees. 1 of whom vandalized my and another co workers car and another who sent a mass email to my entire company exposing information about my divorce that I never told her about because we had no personal dealings, and calling my autistic son, retarded. I had to deal with all of that and then go put on a brave face at an opening night performance as a director. Yeah, that was the toughest opening night ever but you guys, the show literally had to go on. So I cried all the way to the theater in my car because i’m a cancer and then shook it off and went on about my business of the show run. I mean what else can you do but feel the feelings and move forward? I’ve learned so much in my 6 years as chief operator of Nina Childs Productions but the 1 thing that has been the most valuable to me as i build this company is my relentless drive to just keep moving forward. Im always on to the next show, the next film, the next project, the next collaboration. Patient persistence is key. That and not letting the hatred and fear of others to slow you down or make you feel unworthy of what you want and are willing to work for. 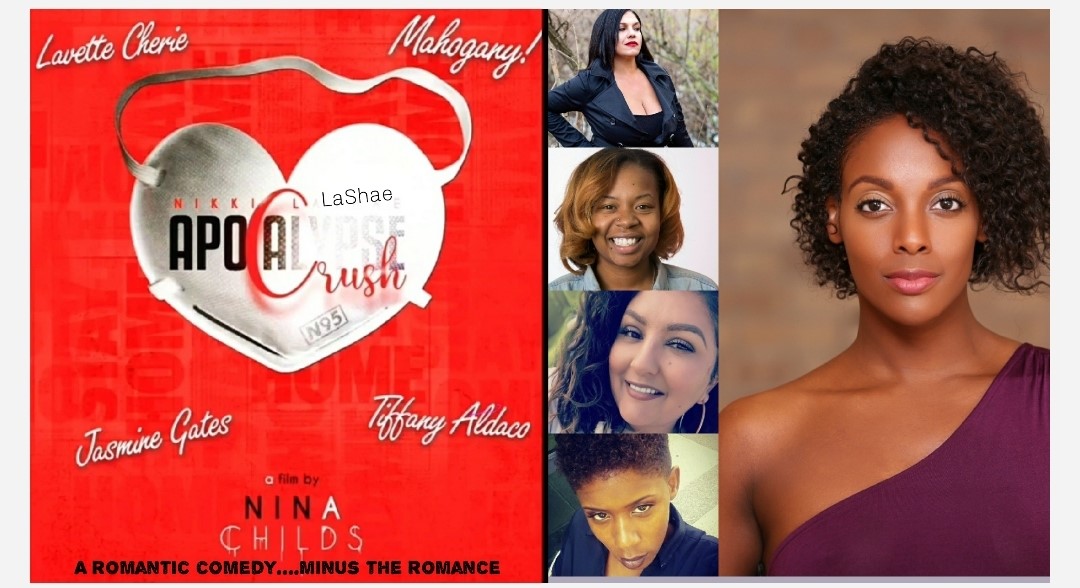 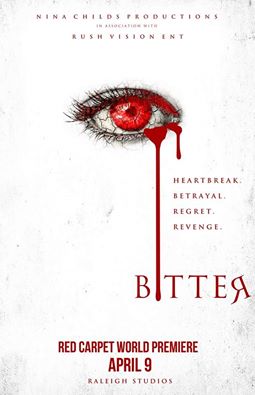 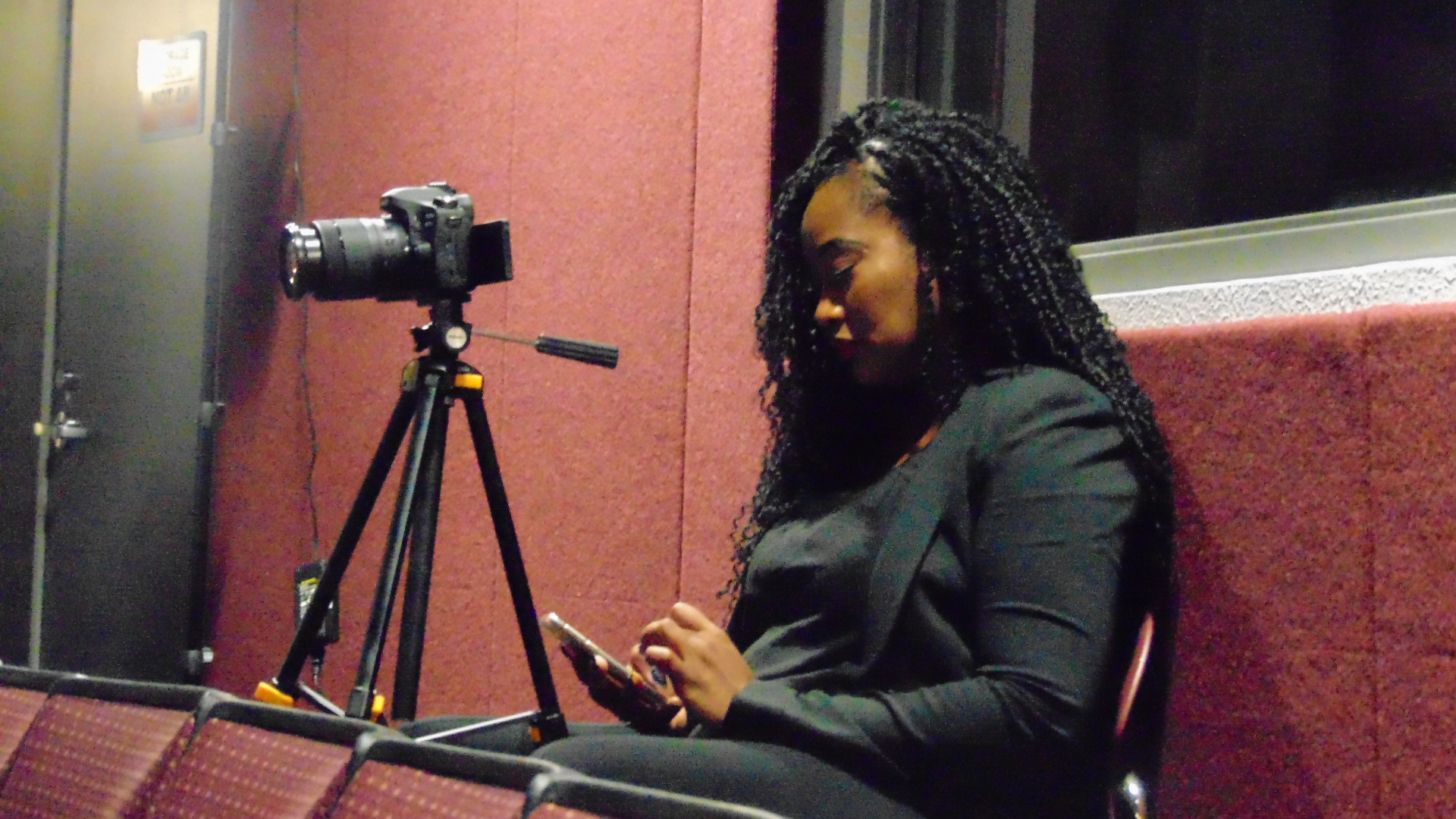 Any great local spots you’d like to shoutout?
So we would definitely hit up BeetleHaus, the beetlejuice themed restaurant and bar. Maybe do a beach day in Malibu. i would definitely wanna go on a hiking excursion. i love hiking and California has some amazing trails. i would definitely swing by the outdoor swapmeet on fairfax. you can always find dope art, vintage clothing, jam, sage sticks and everything else and we’d finish the day at sweetchick la which is rapper Nas’s restaurant on fairfax. The food there is amazing and the cocktails are incredible! I like the comedy clubs to and i have a ton of friends who do stand up so the comedy store is always lit and the comedy union as well, 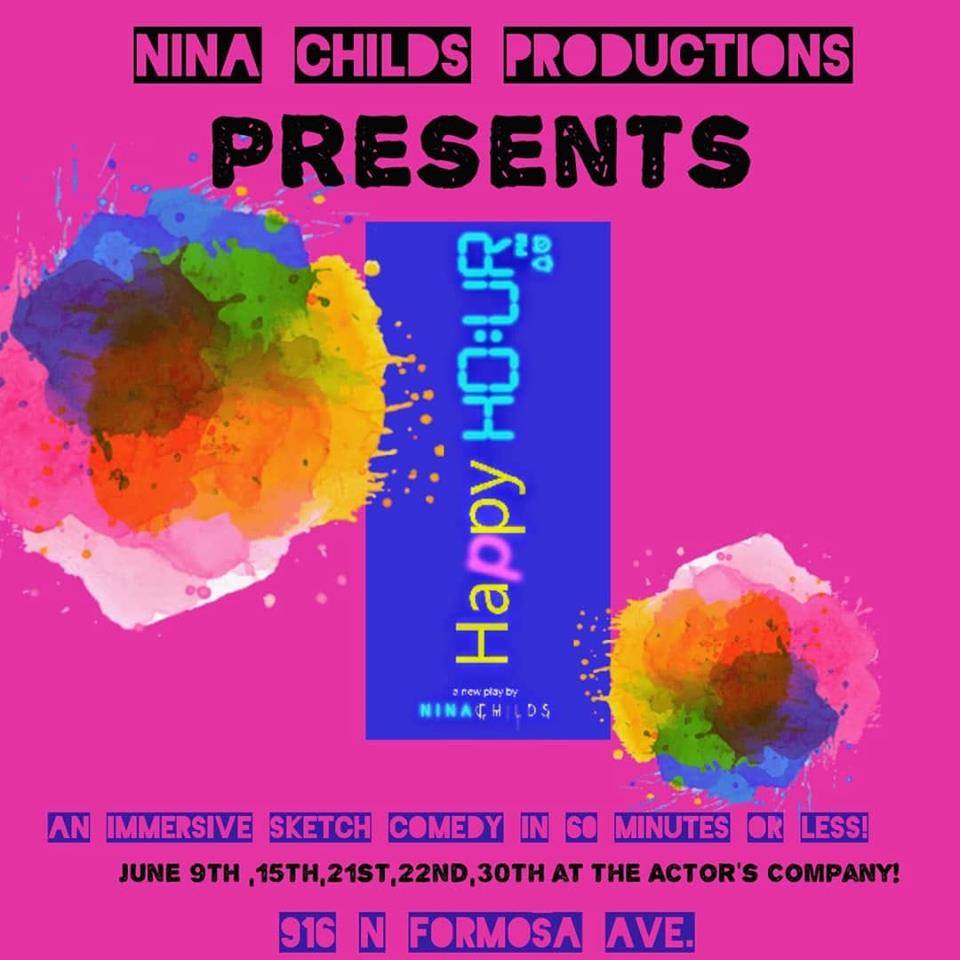 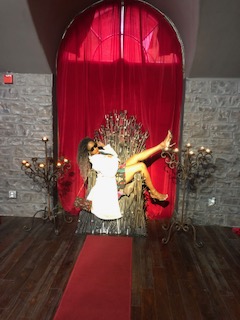 The Shoutout series is all about recognizing that our success and where we are in life is at least somewhat thanks to the efforts, support, mentorship, love and encouragement of others. So is there someone that you want to dedicate your shoutout to?
Well my mother and sister for sure deserve a shoutout because my mother put up roughly all the money for my 1st play, scenes from the cliff. She fed the actors weekly and assisted with programs as well as marketing and selling tickets. My sister, who’s an architect, artist and all around crafter did all of the set design and layouts and assisted my skeleton crew with set changes in between scenes for like my first 2 or 3 shows. They gave me a leg up so i didnt have to go outside of family and deal with people who may not have had my best interest in mind at a time when i didn’t know much about producing shows on my own. Before 2014 i was essentially an actor and i had no day to day production experience outside of being talent. Because of that initial send off by my third play i was able to produce it with all of my own money and virtually cover every aspect of every production I’ve done since from top to bottom with no assistance outside of who I hire. It’s something i will forever be indebted and grateful for…i probably don’t say it enough so here it is on record. Laverna McMiller (Mom) and Myisha McMiller(sis), thank you. Because of your selfless sacrifice in those early days I’m getting this voyage la interview amongst so many other wonderful career opportunities. I love ya’ll for real! 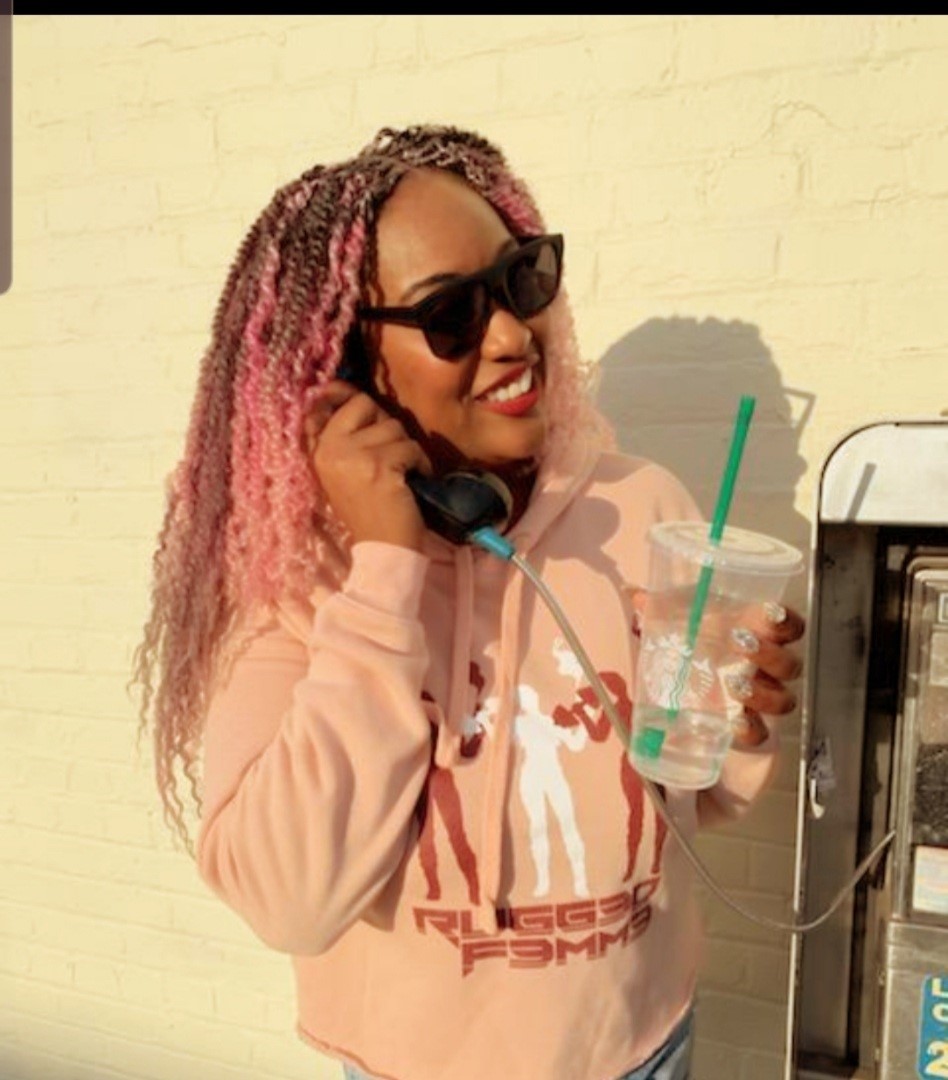