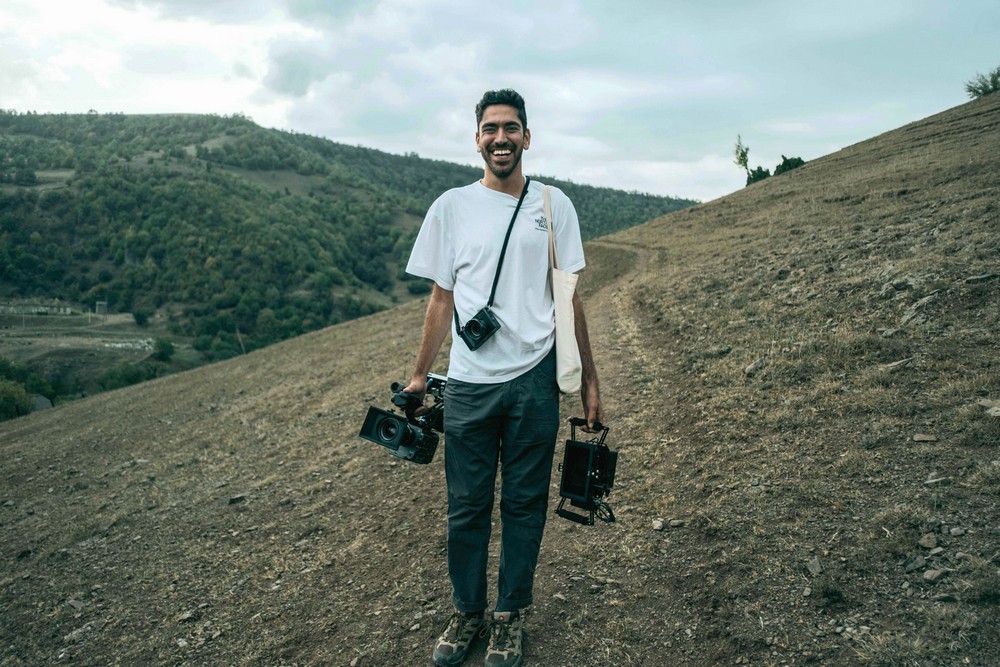 Two of the most vivid memories I have from my childhood are playing with legos and listening to stories my grandmother would tell me about my grandfathers journey through the Beirut civil war. Two things that are very different from one another, but both involved some sort of storytelling. I spent hours of my day building lego worlds, creating characters and playing out my own stories. On the other hand, hearing stories about my grandfather and seeing old photos made my brain work in other ways. I’d always wonder what he was like, how his voice sounded, what his cologne smelled like. I’d hear these crazy stories of his experiences and I’d spend so much time creating this visual in my head and playing out those stories. I never met him in person, but I have met a version of him through the scenes I envisioned in my head. These two things kind of always reassured me that I really wanted to be some sort of visual storyteller when I grew up. I loved stories and I wanted to tell them too! Read more>> 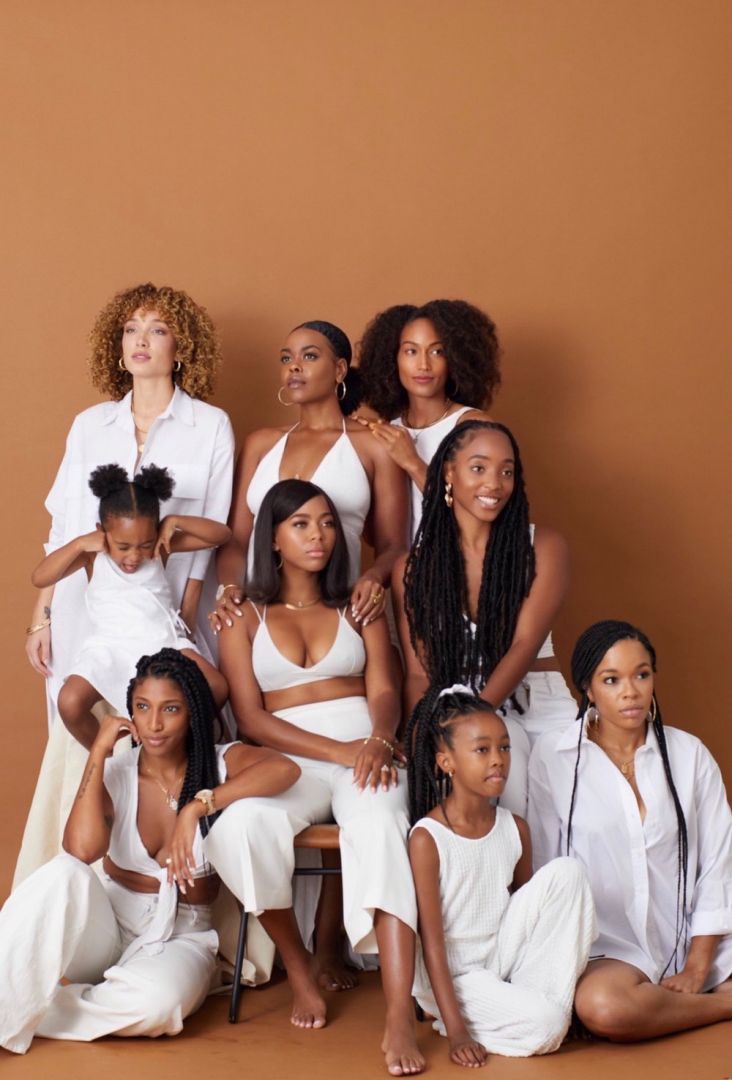 I aligned with who I am inside and an artistic career came out of me. I heard Bob Proctor say, “the greatest nation on the planet is the imagination.” I think that it is absolutely phenomenal that Humans have the gift to bring to life the things we hold in our heads. Growing up as an only child, my imagination was my greatest resource. It introduced me to aspects of my personality that I adored. I think creative fields keep us in-tune with our inner children. The purity of joy. The honesty of fun. I could never see myself in a field that would rob me of the innate happiness we are all born with. Read more>> 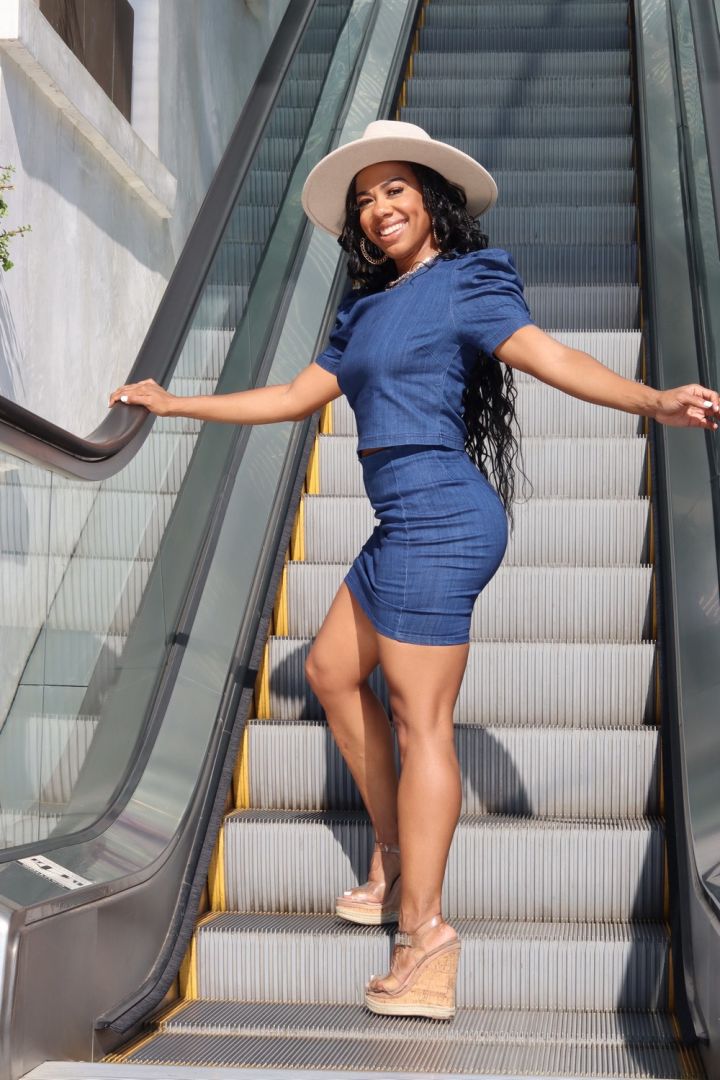 Music has been in my life since birth, Trained classically in piano, I started at the Peabody Preparatory School of Music in Maryland at the age of 3 and continued to compete until the age of 15. After being accepted into the Duke Ellington School of the Arts my parents however wanted to move to Miami to immerse my sister and I in our Cuban culture. Unfortunately my piano was sold in the move yet I still continued to perform in school plays, and was a lead soprano in madrigals choir. In college it was imperative for me to major in something that “could make money” as my parents put it, but I still found time to contribute to Woman’s Chorale before graduating with a BBA in International Finance & Marketing. Read more>> 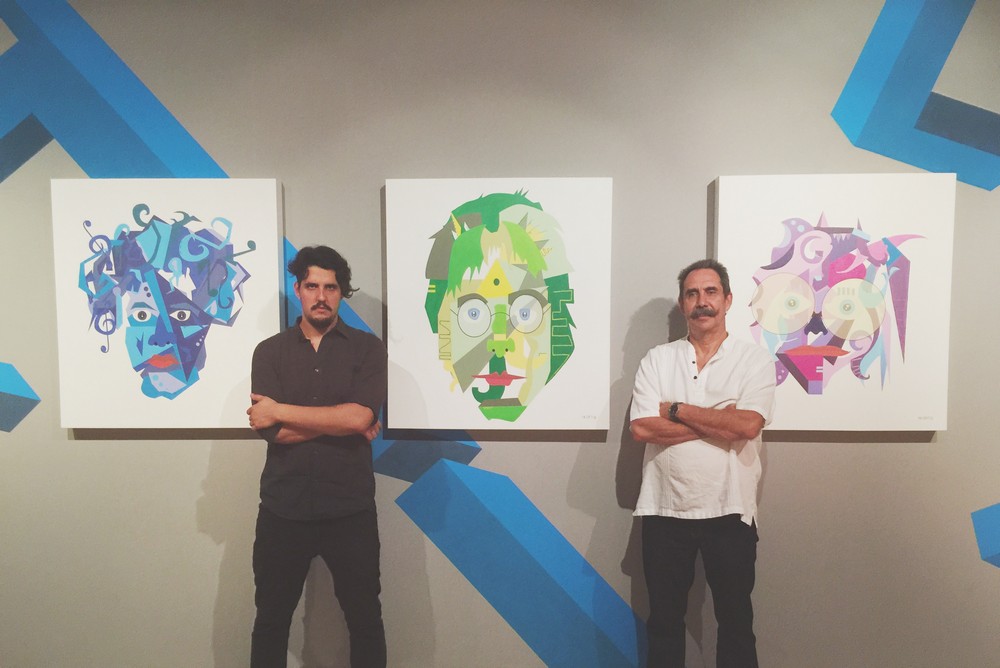 Coming from a Artistic house, my Dad was my mentor. Since I was born, the brush and the paintings are just an extension of me. He taught me all the basics, but he didnt himself pursue the artistic career until later in life by my side. We créate Ikorma a Father and Son Art Duo. Both of my grandparents also where artists, working from oil painting to wood crafting. They also hot yo do a lot with the fact that I am an artist nowdays. I have always felt the need to create universes. The oldest we have is from when I was 8 years old Read more>> 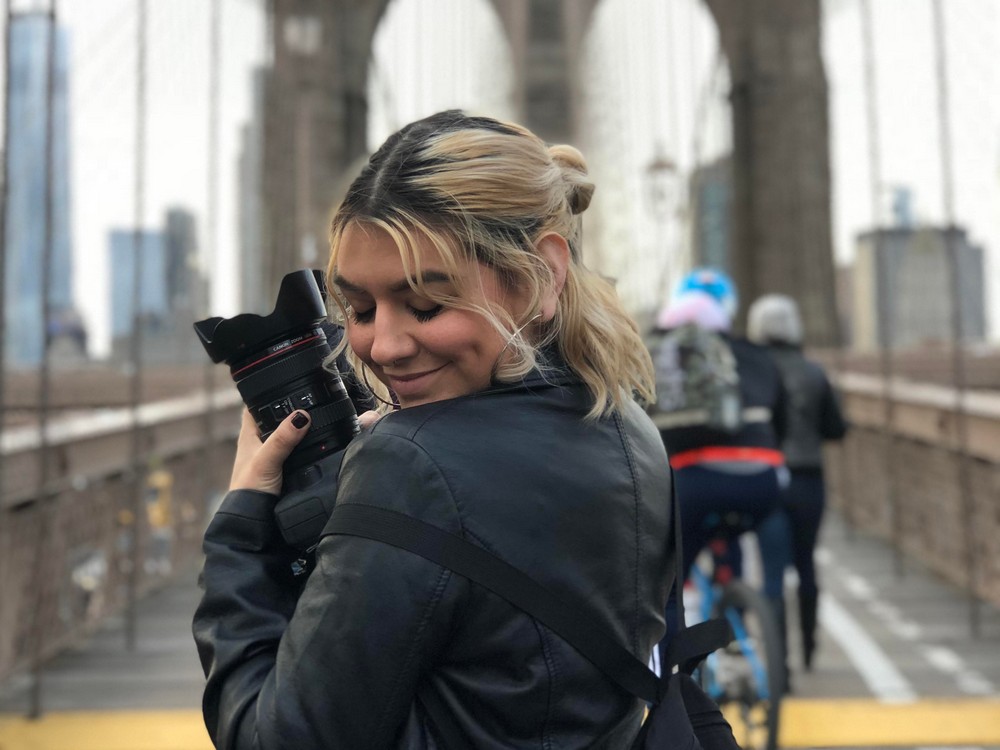 When I was about six years old, I went to Disney’s MGM Studios and my parents gave me my very own Kodak disposable camera. I spent the entire day running around the park taking photos of anything and everything around me. And I truly mean anything. There was one moment in particular that I remember very vividly. I sat by the curb looking up at a banner with Hercules and Megara hanging from a light post. I meticulously planned and visualized the shot in my head before I even took it. Click. Read more>> 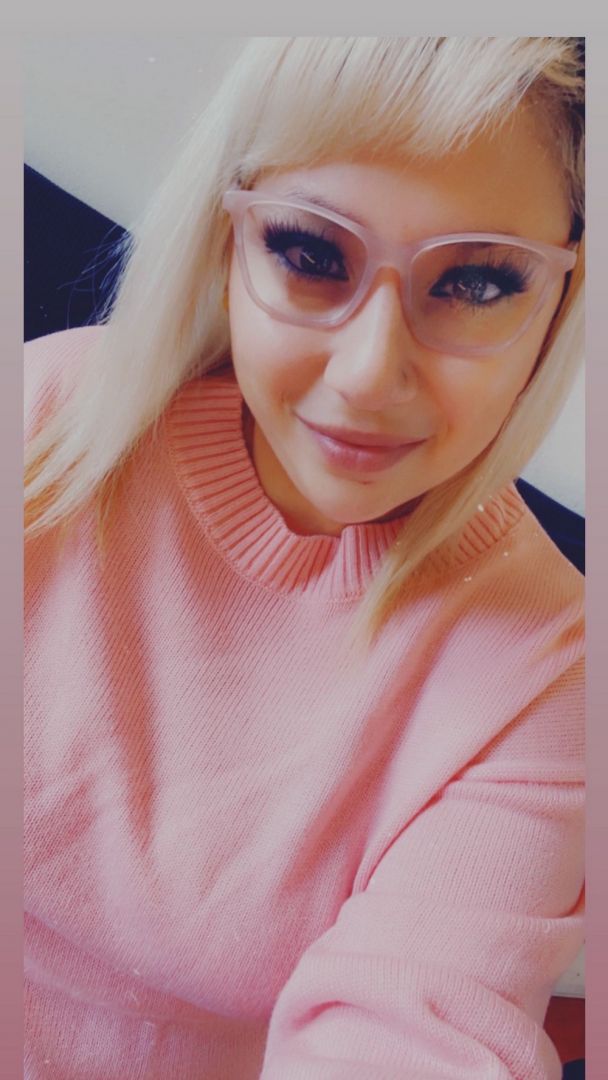 I come from a very artistic family. My grandfather use to be an opera singer, my grandmother is a writer and artist, my uncle has his own rock band and recording studio, my mother is a singer, my older sister is an artist and my two younger sisters are make up artists. When I was three years old, I was obsessed with the Latin American singer Selena Quintanilla. I knew every song by heart and I would perform in front of my family. My mother couldn’t afford to put me in music school, I learned how to read music and train my voice through choir. Read more>> 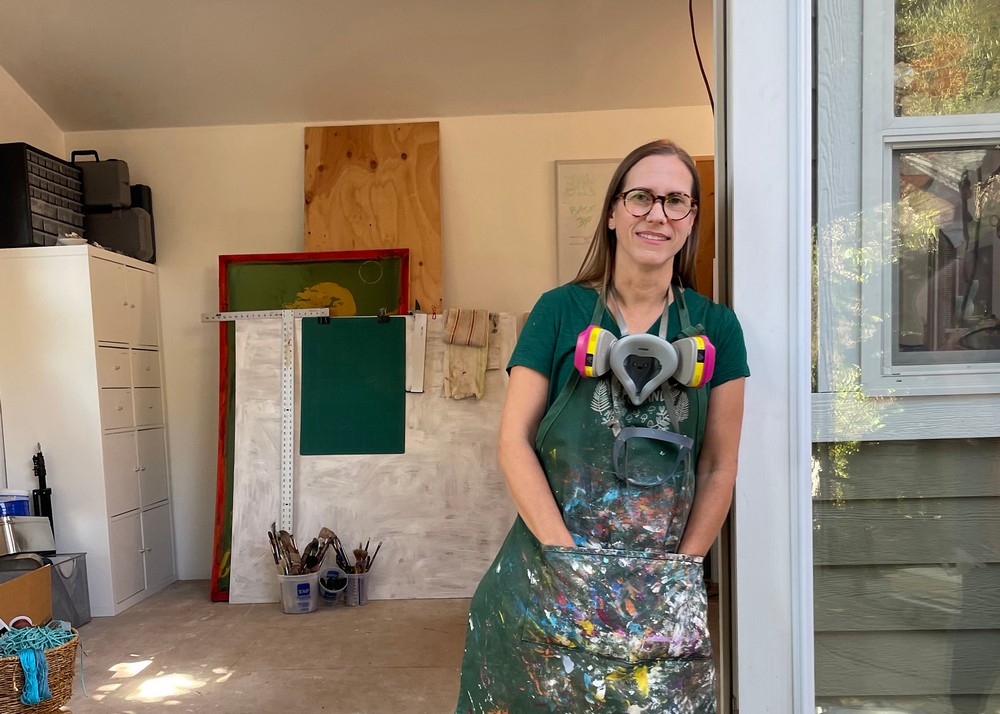 I was super-academic in school and never took my art classes seriously because I had Big Plans, and art was just too much fun to be “important.” Thankfully, my college had the great wisdom to require Art History majors to take studio courses. As I slogged thorough the rest of my heavy readings classes, I found that the studio was my refuge – the only place my brain would shut up for a while. Not only that, I learned that I expressed my thoughts more effectively and efficiently through art than through writing. Since then, I’ve taken many paths, but all of them related to visual arts. My current work on The Carrying Stones Project combines art and data to talk about women’s work inequity. I’ve found a way to address the topic with, I hope, some grace and empathy. I realize now that the communication, rather than the art specifically, is what I find to be that “important” thing I was looking for. Read more>> 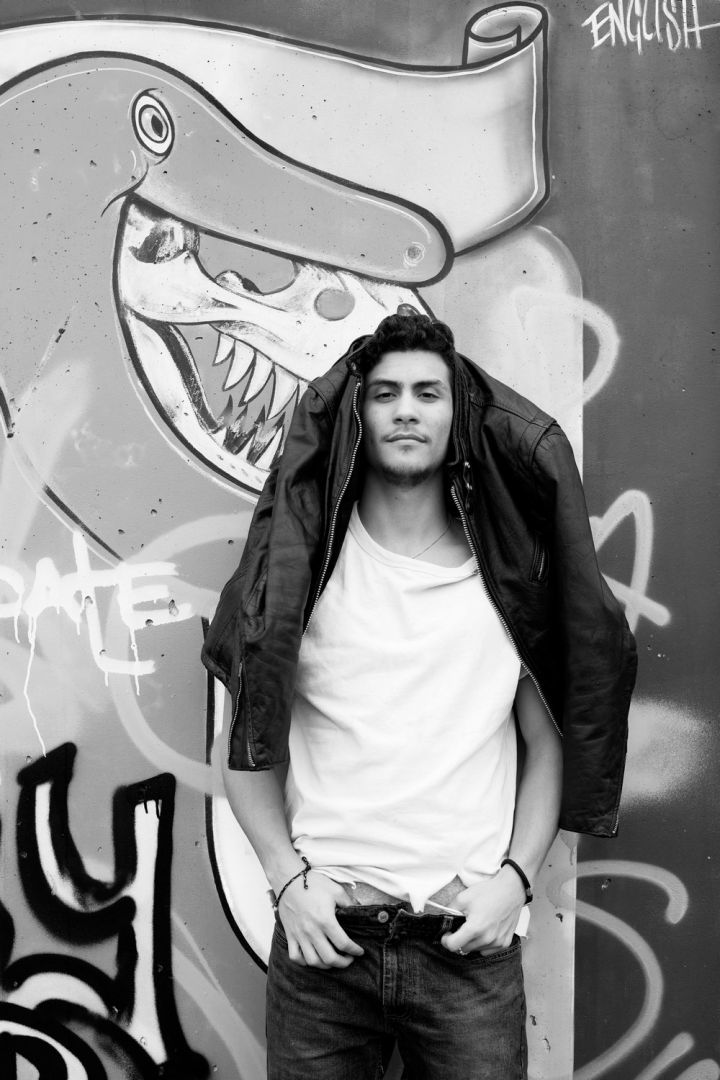 From a young age, I felt emotions very intensely. It was and still is very overwhelming at times, but music put me on the path to discovering the depth of those emotions. Even before I started writing my own, music had such a big impact on me as a listener. It almost feels like I have no choice but to do music. The ability to create is invigorating and provides a rush that is unattainable through anything else in this life. It’s such a big part of me that I can’t imagine doing anything else with my life. Read more>> 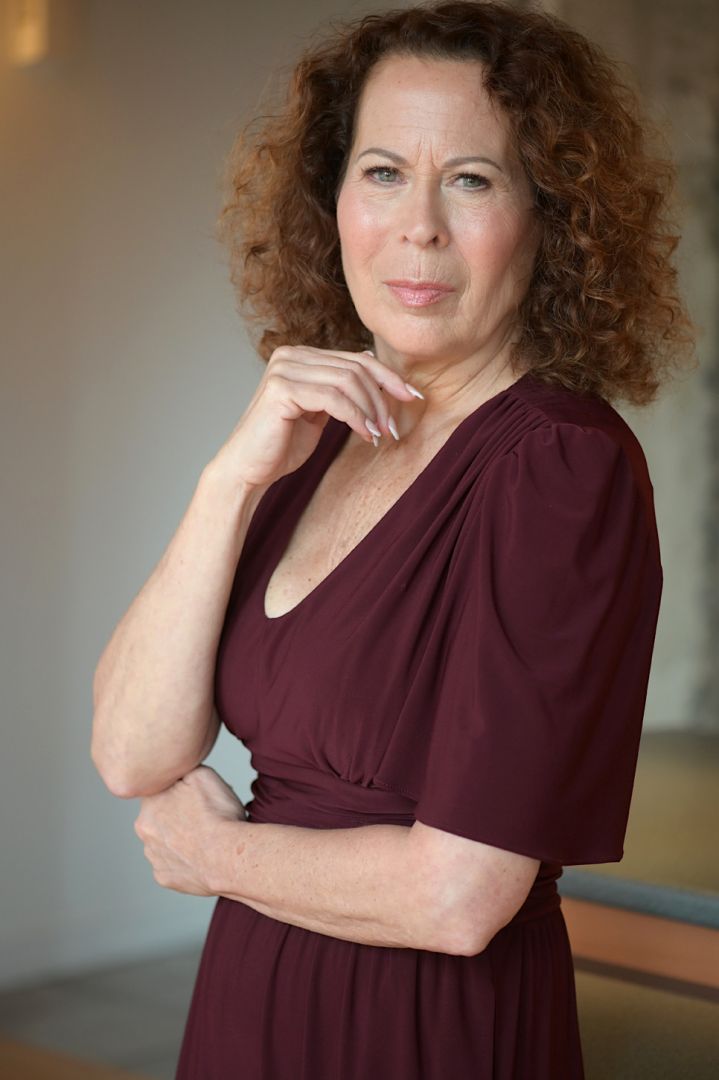 When I was a young girl my girlfriend and I were relentlessly putting on shows for her parents to watch. I would say that there was always some sort of spark in me. When I got older I started to work as a Background Actor in feature films and fell in love with the whole process. Eventually when I had more time for myself I wanted to take it a step further so I decided to take acting lessons and then when I felt ready I got myself an agent. I am now in a later stage of my life and enjoy every chance that I can get to Act. Read more>> 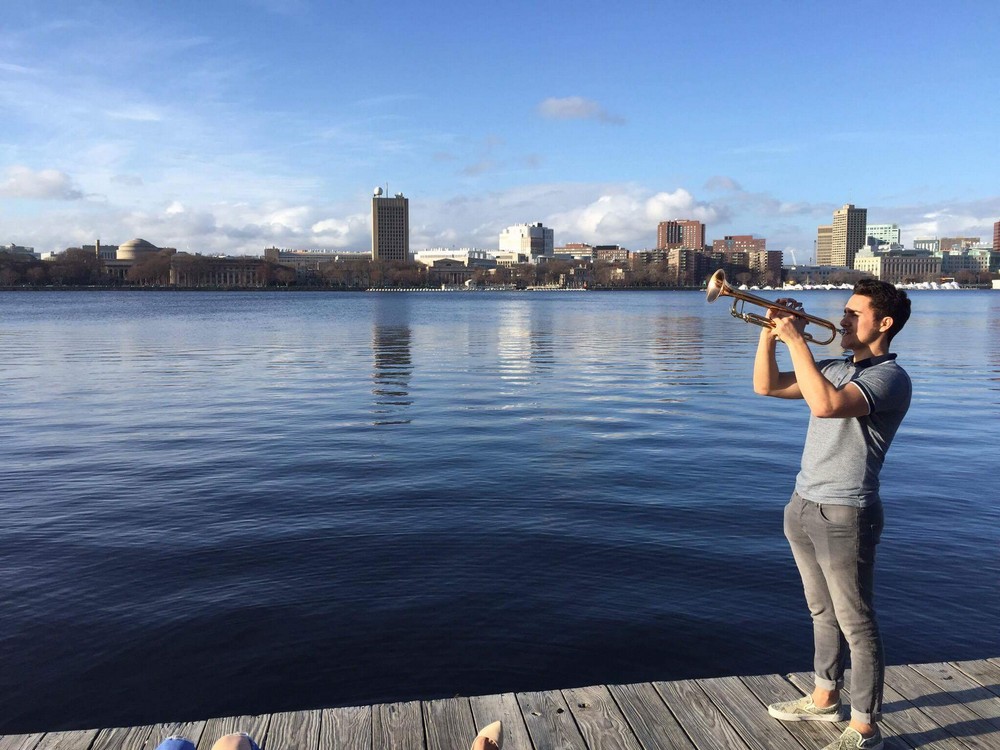 Music has always has an important place in my life since I was a little kid. I have started to learn an instrument when I was 5 years old. In addition I didn’t go to a normal middle or high school but studied both in the conservatory in those years as well. Moreover, as a character, I prefer to be not the one who is entertained but a part of the entertainer group. Following these reasons I have decided to pursue an artistic career. Learning a new instrument was just like learning a new language for me. When I picked up my second instrument which was trumpet in middle school, I was aware that this is what I wanted to pursue throughout my career, because I never felt this as a responsibility but it was rather something that I enjoyed a lot to do. In this sense, I have always pushed myself to learn new instruments as well as new tools. Read more>>

Oh man, honestly there are so many people I could thank and give credit to: my mom, stepdad and grandma for nurturing and supporting my creativity since day one, I got the bug from them. My grandma handed down her Minolta film SLR to me, and that’s how I learned to really shoot. One of my most prized possessions is the Brownie camera she received for her birthday as a kid, and the accompanying photo of her holding it that my great-grandma took. My siblings for allowing me to use them as my models, always shoving my camera in their faces. Alicia, my best friend, who was up for the adventure of exploring Iceland with me (and sooo patient as I waited for the perfect moment) so I could capture the photos of my dreams. Read more>>

I love being in front of the camera(s)! Fashion is a big reason of why I chose modeling as a full time career! From top to bottom , literally the hair , the makeup , the jewelry , the clothing, the shoes! There are so many different types of models & different types of modeling career paths to try! Meeting new photographers and getting to work with so many new faces is an amazing bonus to the industry! Lots of beauty & light in this world! Fashion modeling is a very creative career in color and active movement for motion photos and different angles. Practicing all types of facial expressions in the mirror, along with knowing the body angles that suit me best! Read more>>