We had the good fortune of connecting with Catie Morris and we’ve shared our conversation below.

Hi Catie, we’d love to hear about how you approach risk and risk-taking.
Two quotes that I have kept to heart for as long as I can remember are, “It’s kind of fun to do the impossible” (Walt Disney), and “Never say “no” to adventure. Always say “yes”, otherwise you’ll lead a very dull life” (Ian Fleming). I feel I have always been the individual who thrives off of risk taking. As a young performer, I did not realize it but I took risks every time I put myself out there. Every audition, every rehearsal, every performance was a risk. Looking back, every great possibility in my life has come from taking risks. When I moved to San Diego, CA to begin college, I was terrified. I debated not following my heart and sacrificing my happiness for comfort for so long that when I finally leapt, I felt relieved. I was given the chance to begin again and build a life further in my career knowing that I had full support of those that loved me. In my junior year of college I had an itch to go live and study in England for half a year, so I did. Studying in a different country and traveling all throughout Europe was easily one of the most exhilarating and terrifying adventures I’ve taken in my life as of now. When I came back to San Diego in 2018, I auditioned for a film project called The Wasted Years. When I auditioned I was in a bad place in life. I was going through personal things, working at a job that I hated and drained me, and desperately wishing for more. I took the risk and auditioned for this project, which now feels like fate to me. This film was the pivotal stepping stone in my career as it gave me a solid group of friends who were as determined as I to make it in Hollywood. From this film alone we placed in the Golden State Film Festival at the famous TCL Chinese Theater in Hollywood and just released it on Amazon Prime! To move across the country, follow your passion, and put yourself out into the world as a professional performer, especially in LA, takes a lot of guts and relies heavily on risk taking. I would be lying if I said I don’t get anxious, but what is life without a little excitement? 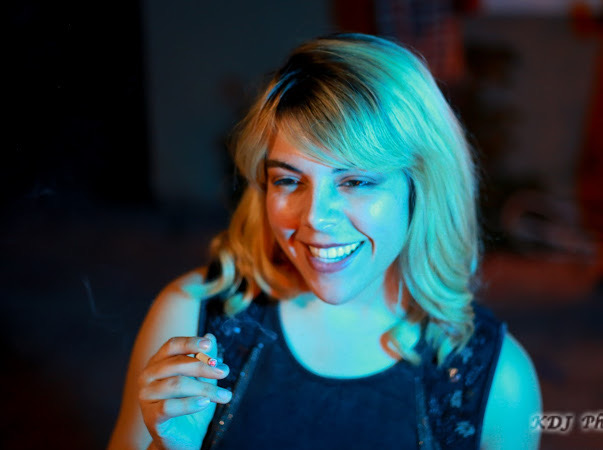 Let’s talk shop? Tell us more about your career, what can you share with our community?
My passion for storytelling through performing came at a young age. When I was nine years old, I remember telling myself that I was going to move to Los Angeles to become an award-winning actress. I had never been to LA before, but somehow I just knew this was where I was going to end up. I grew up in Savannah, GA where my artistic fire within was set aflame. I did not exactly have an easy time growing up and attending a school where sports and money were the only things that mattered. Life as a chubby, misunderstood pre-teen was so hard I used to cry myself to sleep and dread going to school. That is, until I found musical theatre. Expressing myself through song and dance was the only thing that felt right in life. Honestly, as corny as it may sound, I believe that theatre found me. It was as if for the first time in my life, my soul was finally heard and cared for. Before my time in Savannah came to a close, I easily performed in and/or assisted with over 50 productions. I went on to study theatre at San Diego State University, where I graduated from in 2019. My entire college career was filled with ups and downs as I tried to figure out who I was and where I belonged, not only as a performer, but as a person too. Luckily, I had amazing support from all directions who set me on my way. San Diego’s film community gave me more than I could have ever dreamed of. I’ve made life-long connections, many of which have come up to LA to continue their careers just like me. Two projects that I worked on outside of school gained local and national attention. In 2018, we began production on a film called The Wasted Years, which ended up screening at The Golden State Film Festival and recently premiered on Amazon Prime across the US. Another project, Trash Pact, placed in San Diego’s Women Making a Scene contest and was screened at a local theater last year. It’s humbling and a bit wild to see all of your hard work being recognized by others. Life in Los Angeles has been a rollercoaster of emotions. Acting as a professional career is far from easy. You’re faced with constant rejection, long hours on set, not a lot of pay sometimes, remarks about your physical appearance, and though it is mostly inspiring to live in a city where the entertainment industry is so prominent, hearing, “Oh, I’m an actor/actress, but I haven’t gotten any auditions,” from thousands of random people you meet can be disheartening. What I must remind myself is that my story is different than anyone else’s. I’ve always had an insane determination to achieve my dreams. I hope I never stop learning my craft, whether that mean I take classes, surround myself with various cultures and experiences, get lost in art museums, read, feel captivated by music, or live in the moment allowing myself to feel everything going on around me. After all, acting is a reflection of life. A quote that fuels me during hard times is, “I have stood on a mountain of no’s for one yes,” by Barbara Smith. I know I will get to where I want to be if I just keep going. Life is full of wonderful surprises!

Any places to eat or things to do that you can share with our readers? If they have a friend visiting town, what are some spots they could take them to?
I love this question! Showing people why I love Los Angeles is among my favorite things to do. For the purpose of my imagination, I am going to pretend that my friend and I have an unlimited budget during this week. I would begin day 1 with most touristy things around Hollywood/ Burbank. Because I am an actress and have always been in love with the entertainment industry, I would start in Burbank at Warner Bros. film studios. Ideally, we would take the backlot tour to live out all of our La La Land dreams. Universal Studios would be next. We would spend half the day at the park before leaving to go see the city lights at the Observatory in Griffith Park. After sunset, a walk down Hollywood Blvd would be next. After dinner and stopping by the Dolby Theater and Chinese Theater, we would get in my car and close the night out with a cruise down the Sunset Strip. Day 2 would be spent in Beverly Hills. One of my favorite things to do is get dressed up and walk Rodeo Drive. I call it, “fashionable window shopping.” LACMA, The Broad, and downtown LA would also be on the itinerary for day 2. Hidden gems that I would reveal in DTLA would be The Last Bookstore, taking in the sounds around Pershing Square, and a lovely shopping market in Little Tokyo. Dinner would be a mix of different foods from Grand Central Market, followed by a beer at Angel’s City Brewing Co. in the Arts District. Day 3 finds us in Malibu. Mid-morning wine tasting followed by a relaxing beach day would be a perfect way to rest from all the sight-seeing. Day 4 we would venture a bit out of LA and into the magical world of Disneyland. No trip to LA is complete without a visit to Disney! On the way back we would hit up In-N-Out for a late night snack. Day 5 is exploring day. I’d take my friend on my favorite hike in LA, The Wisdom Tree/ Hollywood Sign. We’d spend most of the day hiking then head to Old Town Pasadena for dinner. Day 6 it’s back to the beach. This time we’re exploring Santa Monica and Venice Beach. The bike path between the beaches is one of my favorite spots in all of LA. I feel so carefree every time I bike it, and the scenery is so gorgeous! Finally, Day 7 would be reserved for shopping along Melrose and trying any restaurants we haven’t been to yet. There is so much to do and see in Los Angeles that a week barely does it justice, but I feel as if this itinerary would give someone a small taste of what LA has to offer. 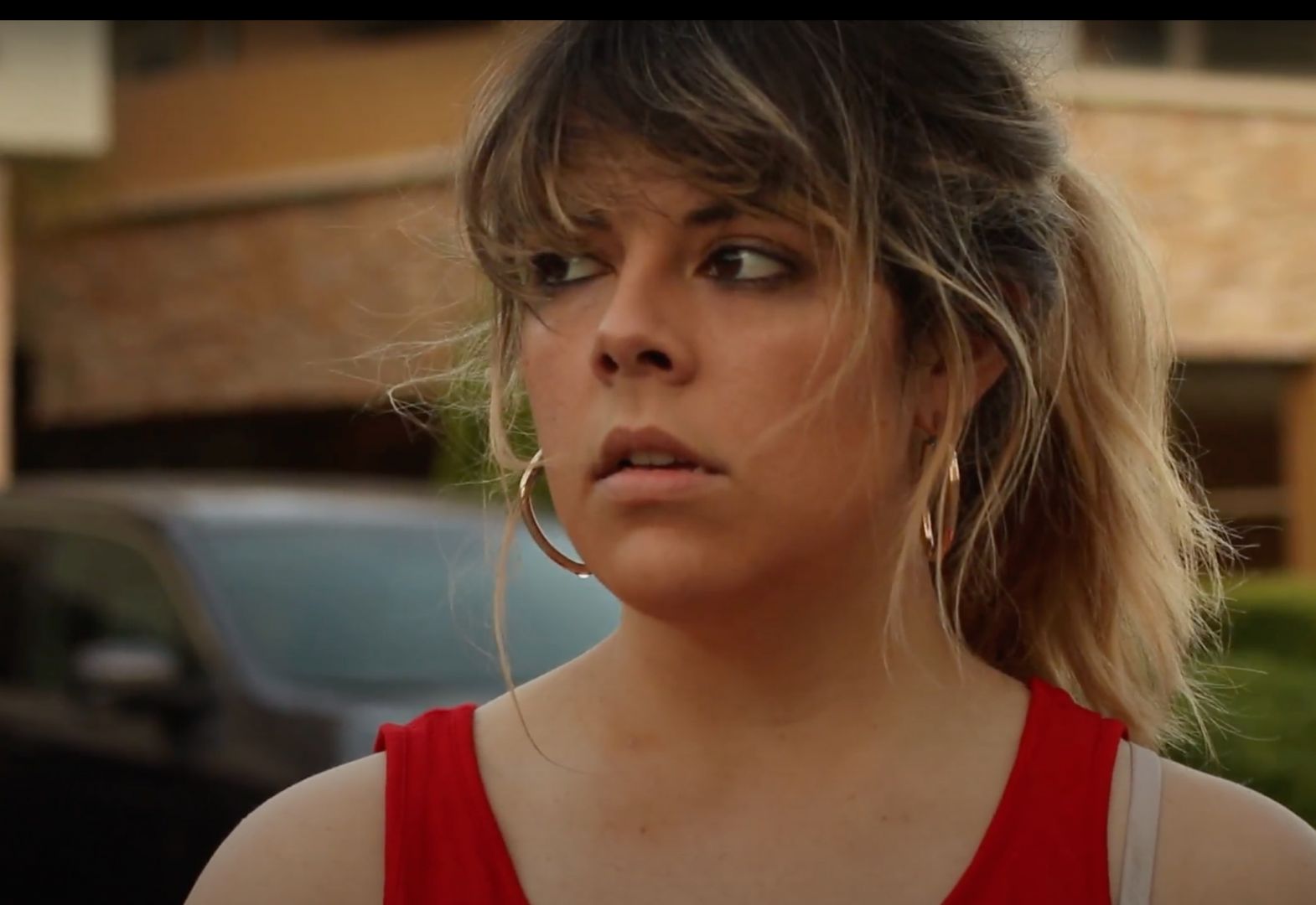 The Shoutout series is all about recognizing that our success and where we are in life is at least somewhat thanks to the efforts, support, mentorship, love and encouragement of others. So is there someone that you want to dedicate your shoutout to?
My career story is full of loving and supportive people, which I am very grateful for, but if I had to choose one pivotal group of people that have pushed me further than I could ever imagine, I would choose the small community theatre I grew up at in my hometown of Savannah, GA. I tell the story of 12 year old me finding a home at the Savannah Children’s Theatre often because it means so much to me. Growing up, I was never the cool kid at school. In fact, I had to hide the fact that I loved performing for two years before I finally transferred schools in order to not be bullied. Stepping on the stage for the first time and feeling those bright lights on me sent a rush through my body like nothing I’ve ever felt before in my life. I knew from that moment that performing was what I wanted to do with my life. It was how I wanted and knew my voice would be heard. It feels like an understatement to say that my directors and cast mates at the Savannah Children’s Theatre simply “became my family” because they truly have supported and loved me to no end. I have absolutely no idea what I would have done without them as I tried to navigate middle and high school. Even throughout college and into now, I am fortunate enough to have them by my side. I truly owe so much to them. I could go on forever. Thank you so much for being my home even from over 2,000 miles away SCT! 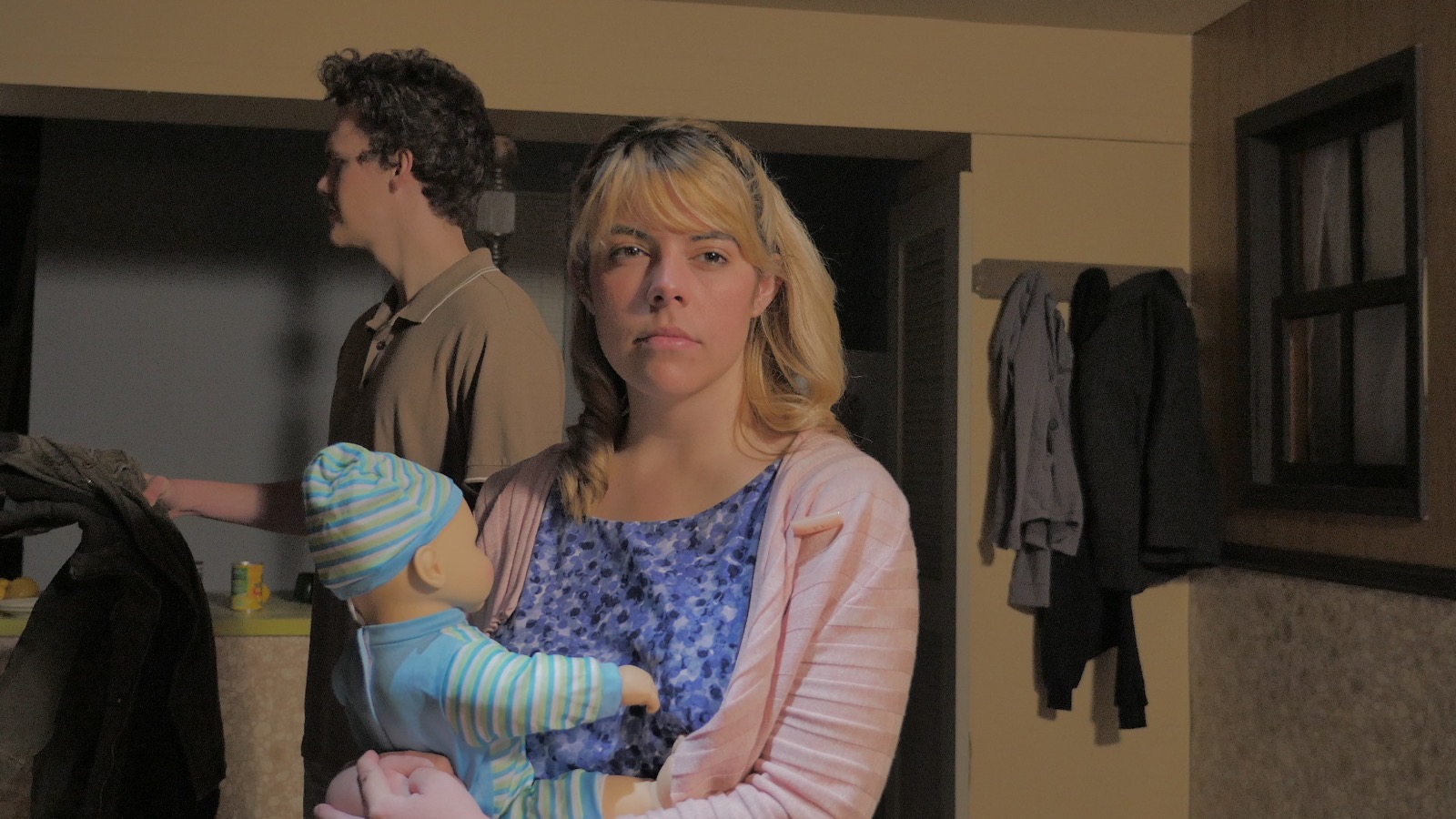