We had the good fortune of connecting with Giovannie Espiritu and we’ve shared our conversation below.

Hi Giovannie, can you share your perspective on how you feel EQ and IQ affect happiness? How does each affect success?
Oh gosh… This may be a long-winded answer, but my job as an acting coach and actor myself is to control and manipulate my own emotions as well as listen and respond to the emotions of others… and go past what they are saying and they to figure out the heart and the subtext of the matter at hand. In real life, I don’t like drama. Like at all. I had a really complicated and rough childhood (which gives me a lot to draw from as an actor), but in my real, day-to-day life, I keep the drama to a minimum. But in my professional life, my job is to raise the stakes and the conflict… so I learned how to reverse engineer the scene work in order to keep my real-life drama free. I found that if I can understand the what the other person wants first, I can usually come to a solution that makes sense for the both of us… in scene work, what my character wants is to usually change the person or have them see things from my point of view. My emotional EQ tends to help me in my daily life because I can usually see what is underneath the pain or the anger and respond to that need. As an actor, I also know how to generate the emotion of “happy” and have an understanding of what makes me feel that way… which helps me to know what to go for in my real life to achieve that state of being. As far as IQ goes, I wish I knew what mine was… I have always had a love of learning, but relationships – quality relationships – are what make life sweet for me. 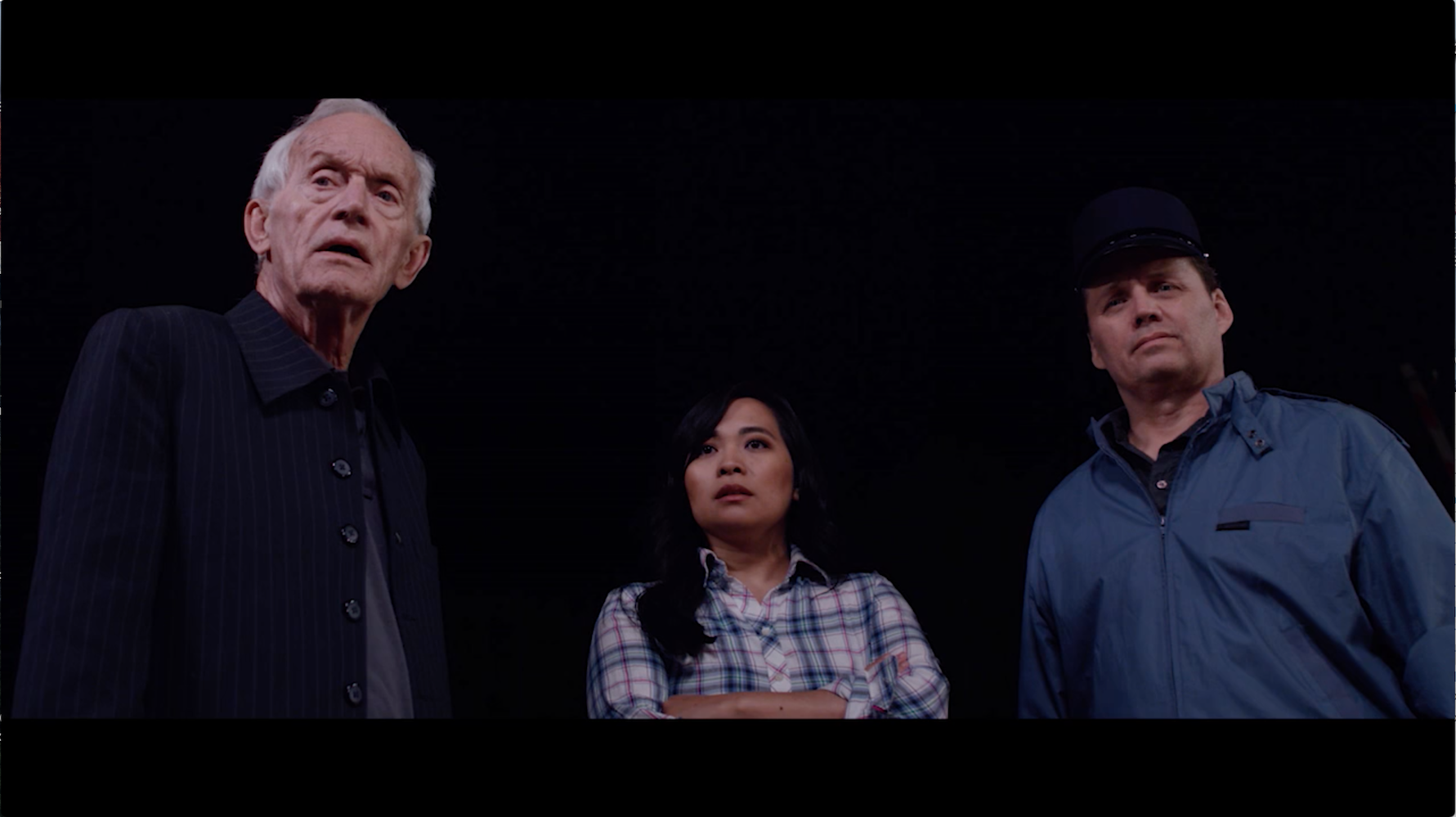 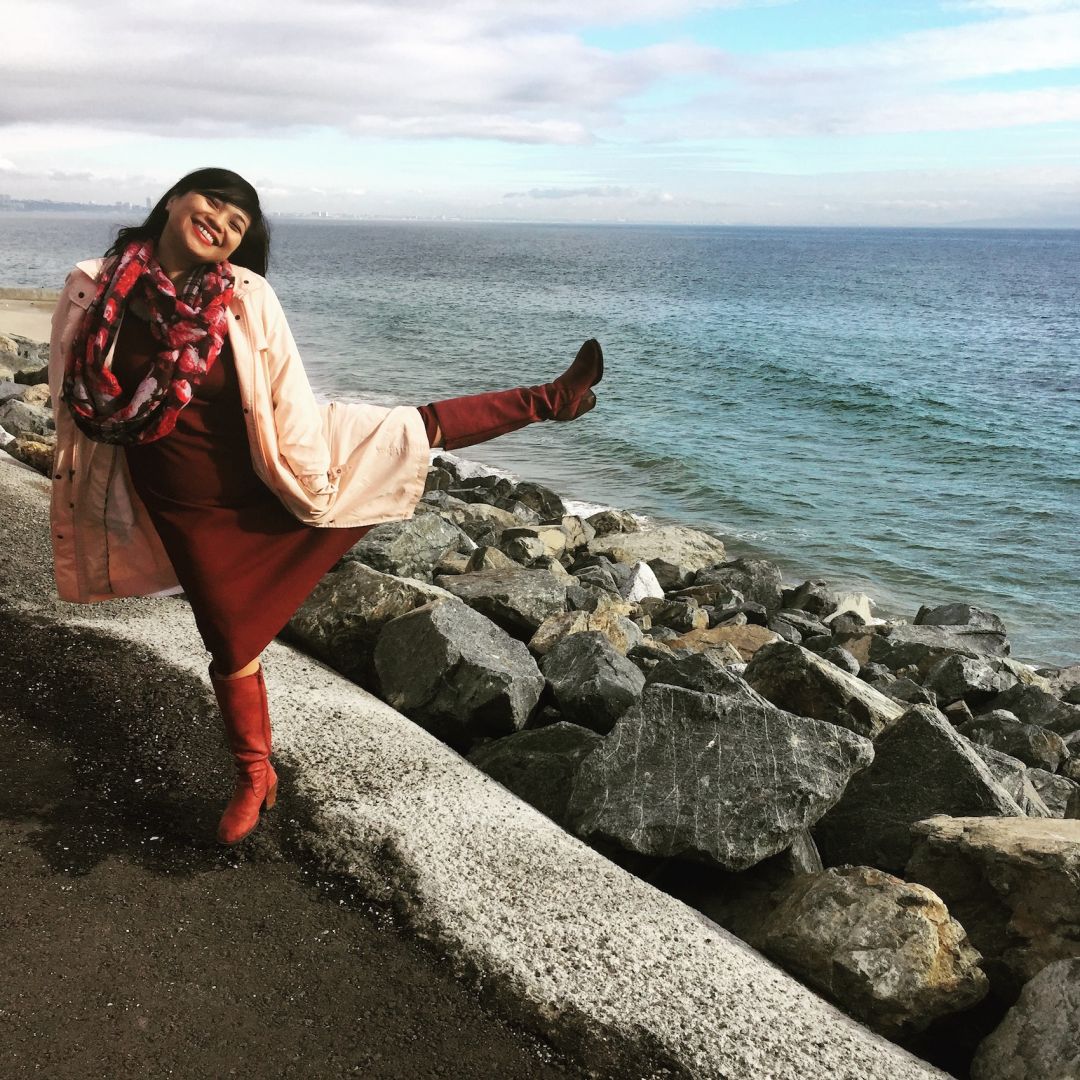 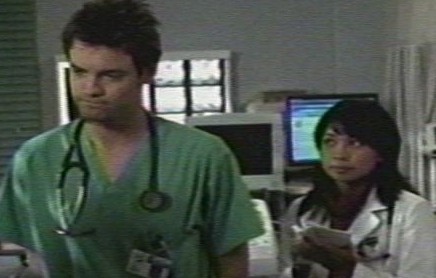 Let’s talk shop? Tell us more about your career, what can you share with our community?
I started acting through voice-overs in the Bay Area. It’s kind of a weird long story thought because I was a member of a fundamentalist Christian cult and I would try to keep the telemarketers on the phone as long as possible because they were the only link to the outside world. One day, a telemarketer said that I should try voice-overs because I had an interesting voice. My “husband” at the time had quit his job to prepare for the “Second Coming of Jesus” and was unemployed, so he allowed me to send in a really ridiculous (now that I look back at it) recording to Stars Agency in SF. (They were the first ones that I looked up). They called me into an agency audition, signed me on the spot and sent me on my first audition for a video game. I booked and recorded it that very same day. I took it as a sign from God to continue this career path. (Just for the reader FYI, I’m no longer in the cult today.) I started as an acting coach when one of my former teachers asked me to teach for her studio. Eventually, I opened up my own school in 2008 and have had numerous students success stories since then including Emmy nominee William Lipton and the Espina sisters who hosted the Dreamworks series, “Life Hacks for Kids.” As an actress, I just wrapped a supporting role in a feel-good holiday movie called, “There Will Always Be Chrismas,” where Eileen Davidson plays my boss. That one was really fun because I got to work with Eileen, who is a badass, but I also met Anzu Lawson, Micheal Paré, Trevor Stines, and the next-gen of superstars Michael Varde and Kennedy Tucker. My film, “ALLY 3000” is still making the rounds on the film festival circuit and I had a short film that I wrote and directed, “Mirror Mirror,” premiere at Outfest Fusion. I’m in development on a martial arts action comedy that I’m excited about. I’m working with the same team from the first feature film I helped produce, “Unlucky Stars” (which can be seen for free online at unluckystarsthemovie.com). I’m also seeking funding for my feature film, “Dis-Graced,” which is a satire/dark-comedy loosely based around my experiences coming out of the fundamentalist Christian cult. I have supermodel/super-activist Rain Dove attached to that one. 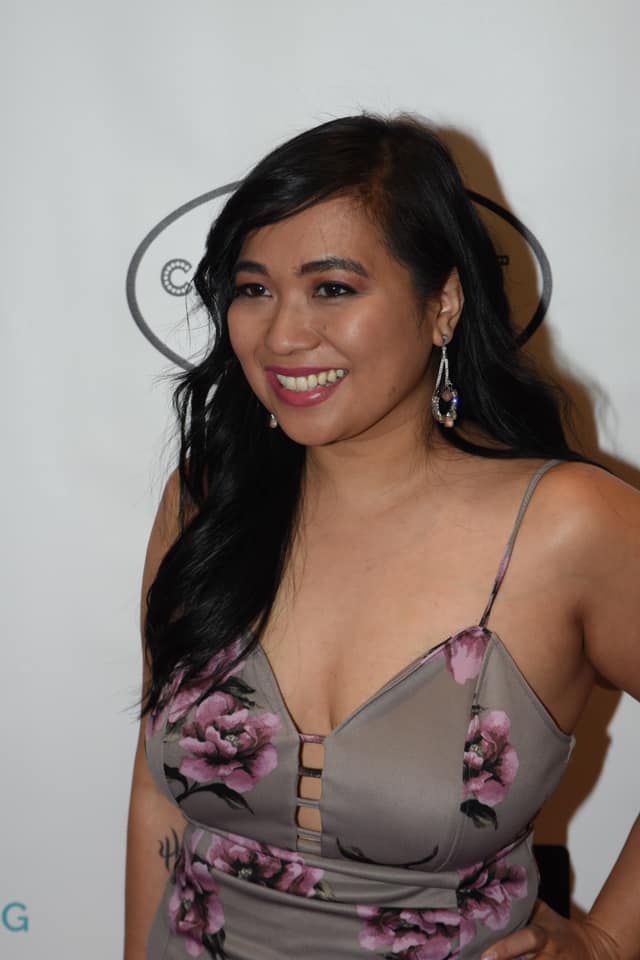 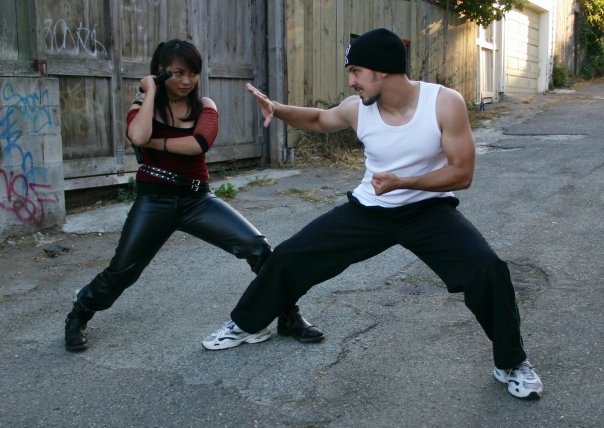 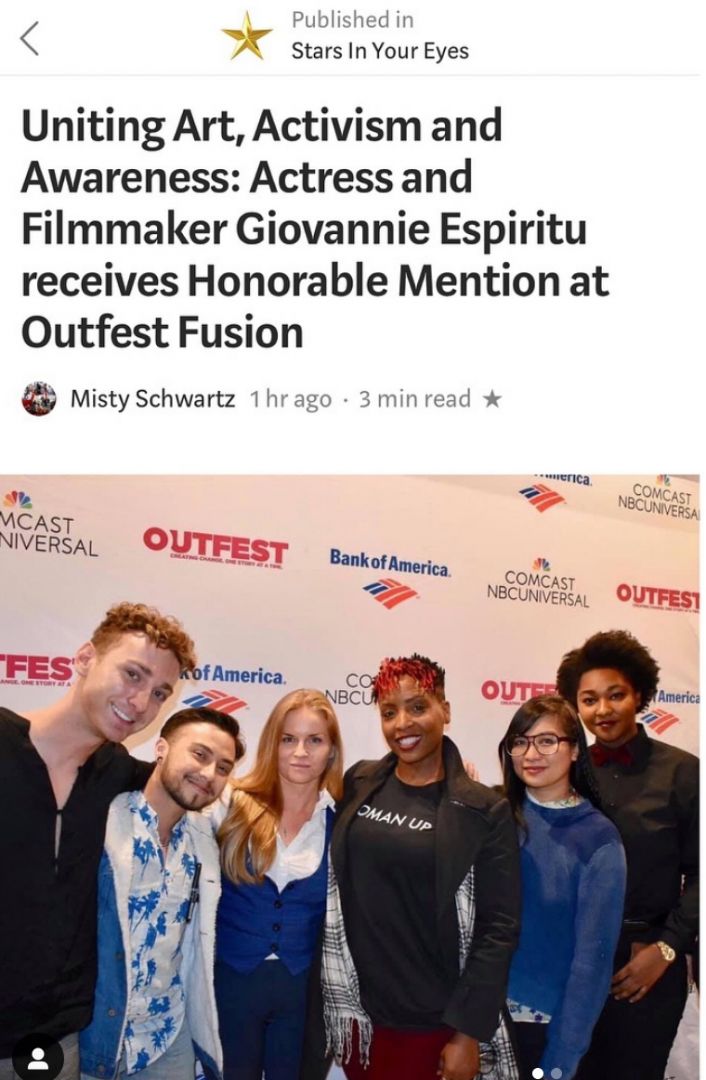 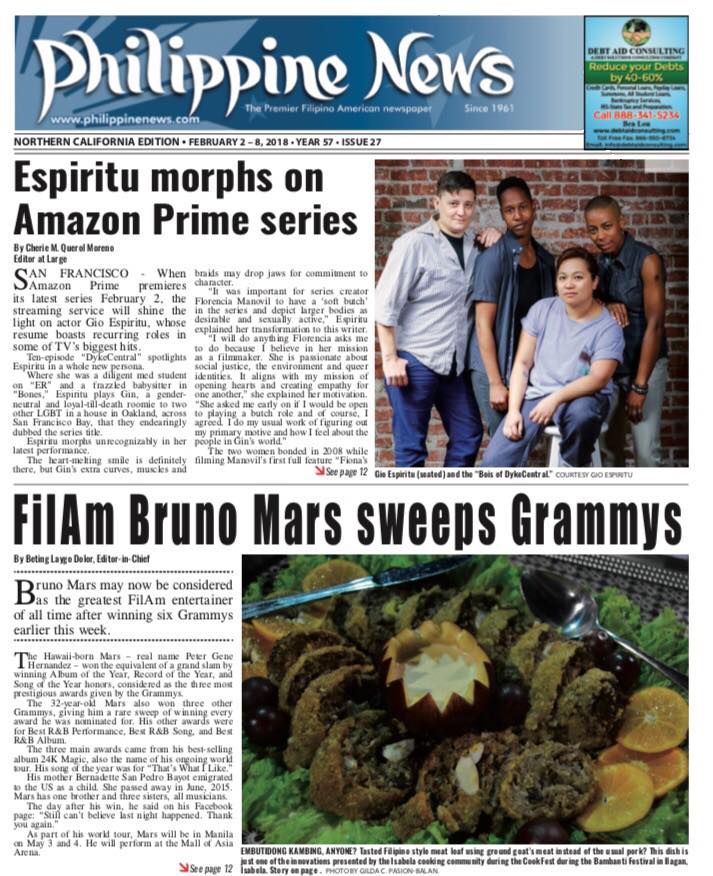 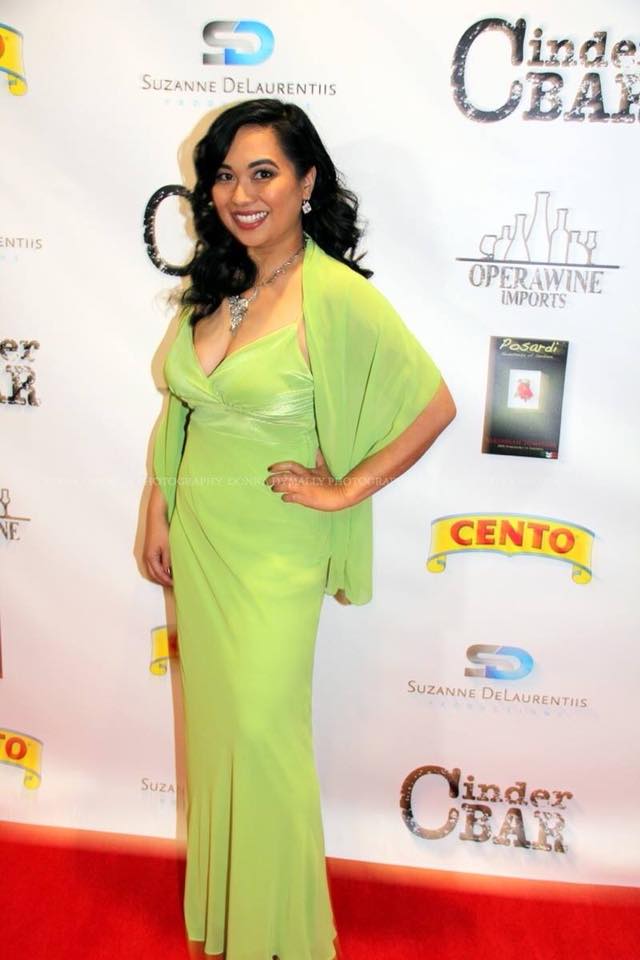 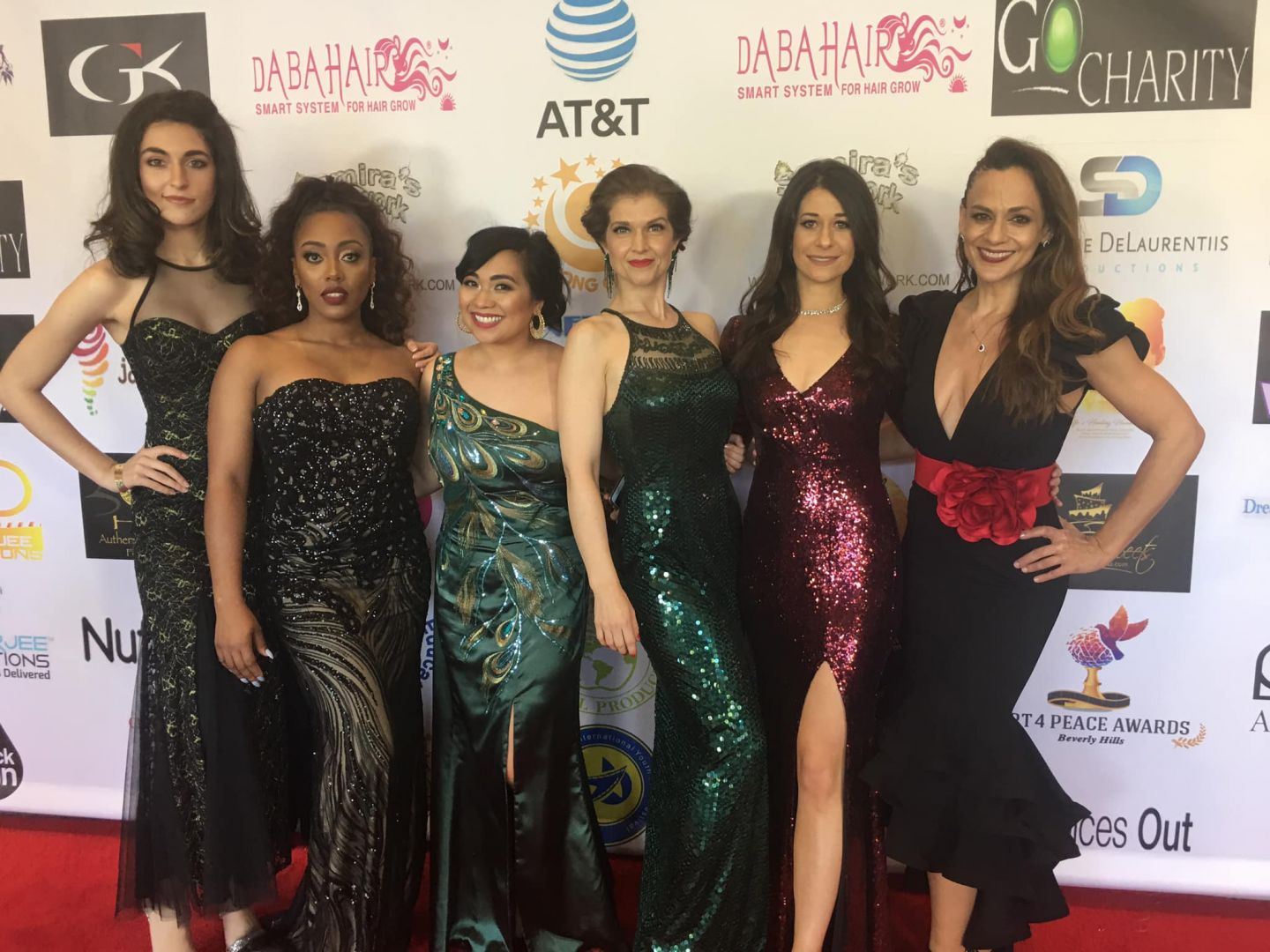 Who else deserves some credit and recognition?
I’m giving a shout out to Lanett Tachel. She is such an inspiration: writing, creating, making moves every day to get closer to her goals. She is such an amazing creatrix and the writer/showrunner of the comedy PUMP that stars a whole lot of talented people. It’s coming soon to a network near you. I also want to give a shoutout to my mentor, producer Suzanne DeLaurentiis who is a 35 year veteran of the film industry at a time when it was primarily a boys club.