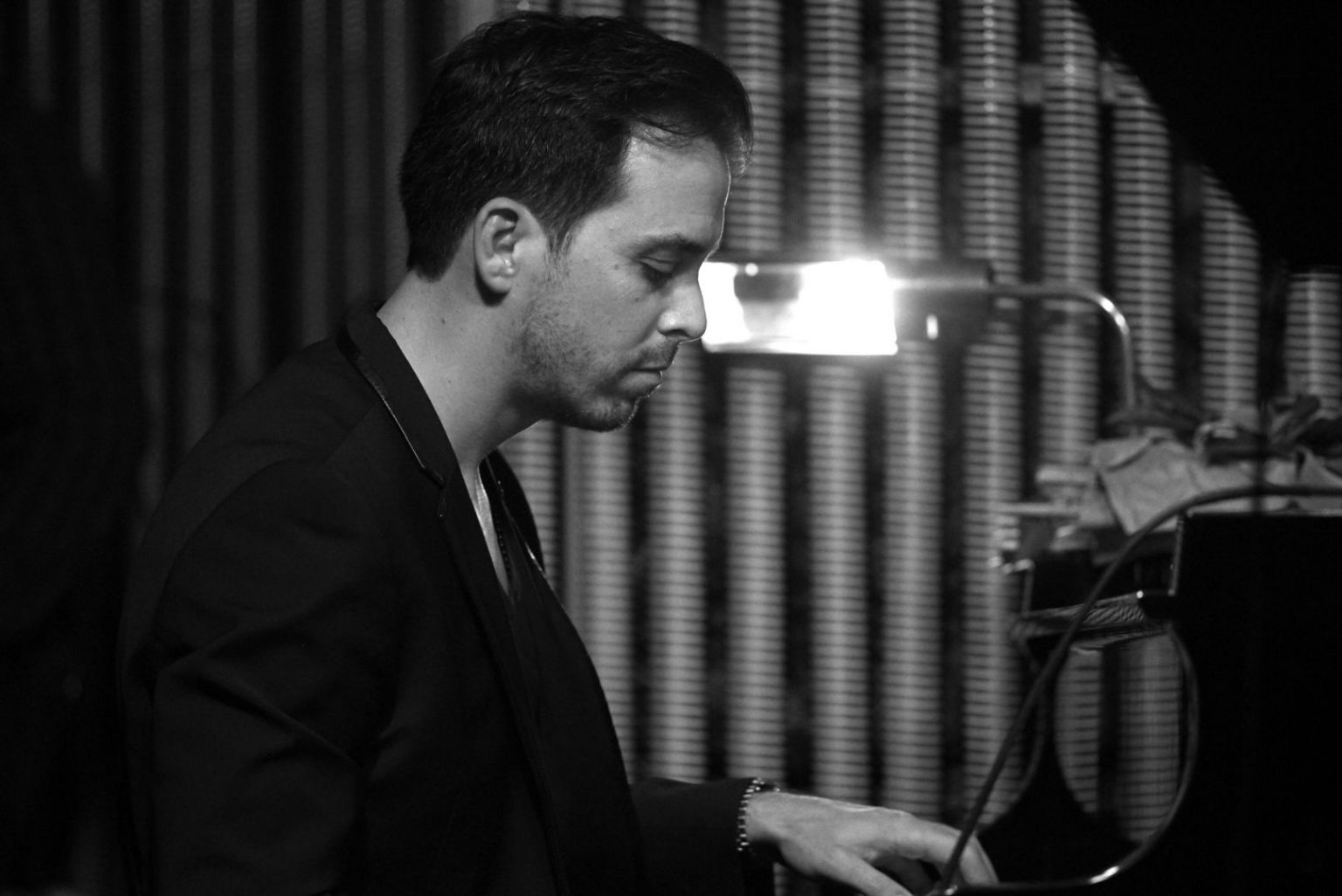 I was born and raised in Turkey. For centuries Turkish culture has been trying to find its place among western culture while still trying to hold on to its roots. I grew up in a similar environment in which, while studying strictly western arts like graphic design and jazz music, I was trying to find who I am. My music comes from a similar search. It’s an amalgam of jazz, classical music and traditional Turkish melodies. Something that many people don’t appreciate is the fact that most eastern music is monophonic. Read more>> 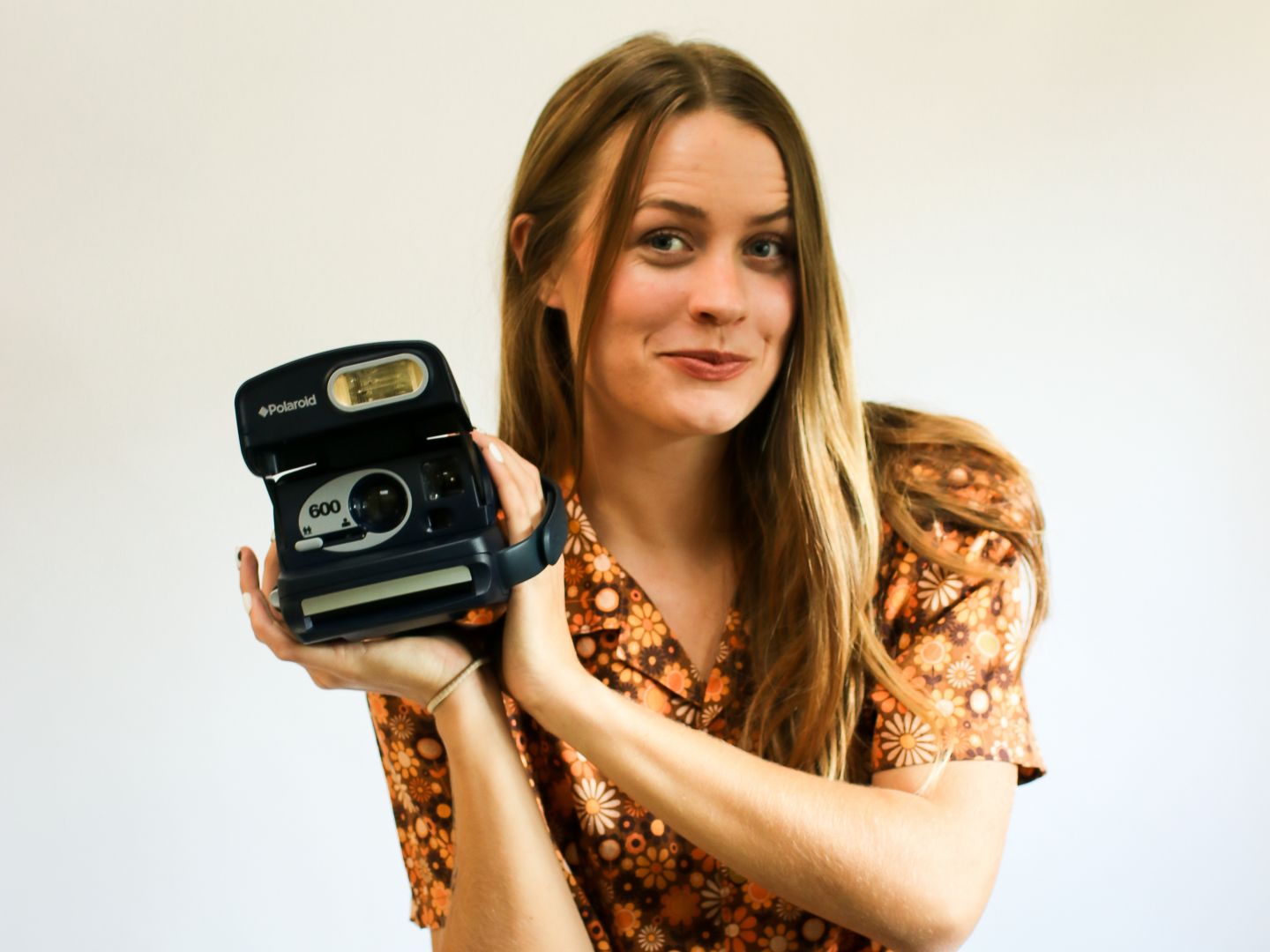 I grew up in Newport Beach, California surrounded by a family of surf, skate and beach culture fixtures which helped set me on a path to create my own style of art in a variety of forms. I trained as a dancer for over a decade which influenced my relationship to music and movement and has given me a unique perspective as a photographer. A lot of my work centers on artists in the music industry and my background in dance allows me to cohesively combine creative fields and interests. In 2021, I graduated from the University of California, Los Angeles where I studied communications, film, and dance — all of which inform my creative process today. Read more>> 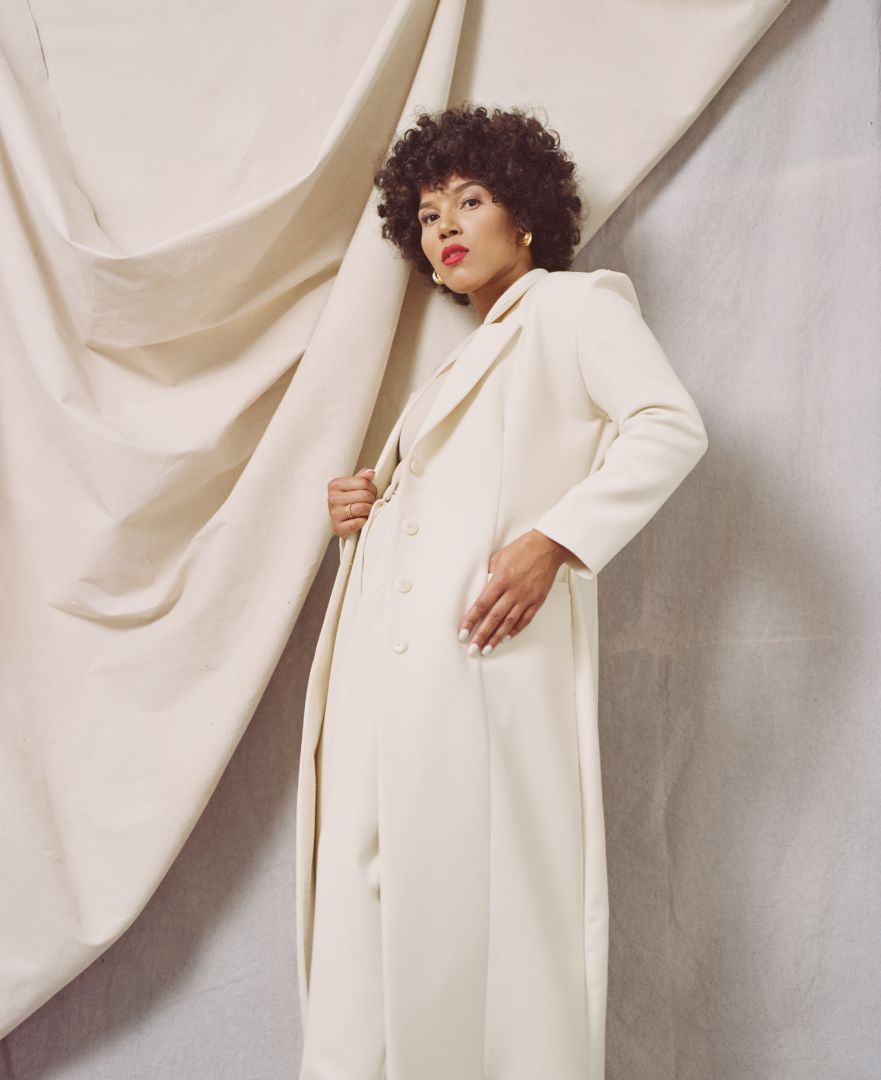 I owe everything to my mother and father, who taught me the importance of having faith in God, work ethic, and courage at a very young age. I am from Oakland, California. Born and raised. My father was a huge inspiration in my life, and a huge influence on my path to becoming a designer. He was the first to graduate in his family, and went on to serve as an architect for Housing of Urban Development for 40 years. I used to sit on his lap and watch him draw out the architectural blueprints for his next projects, and was utterly fascinated by the overall process, from start to finish. Read more>> 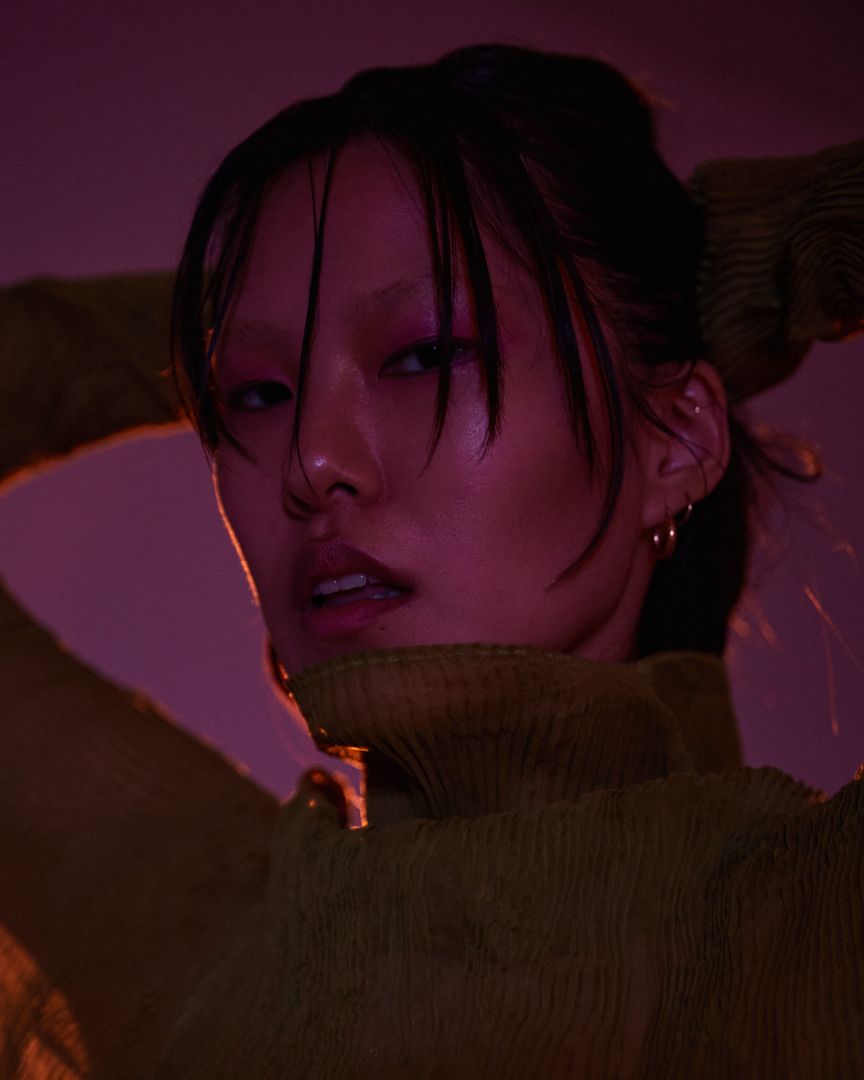 I grew up in the humid suburbs of Houston, Texas, raised by a kind-hearted and vigorous mother who made the most of what we had. Lord knows, she could put together an outfit. Even today you can catch her lips marked in a bright red-orange shade, wearing a fantastic headpiece with a matching tea-green suit set. Think Fran Fine from The Nanny but make it a God-fearing Korean jewelry dealer from H-Town. She immigrated here from South Korea in the late ’70s and started a jewelry business at the bustling Jewelry Exchange in Sharpstown – fluent only in her mother tongue. Read more>> 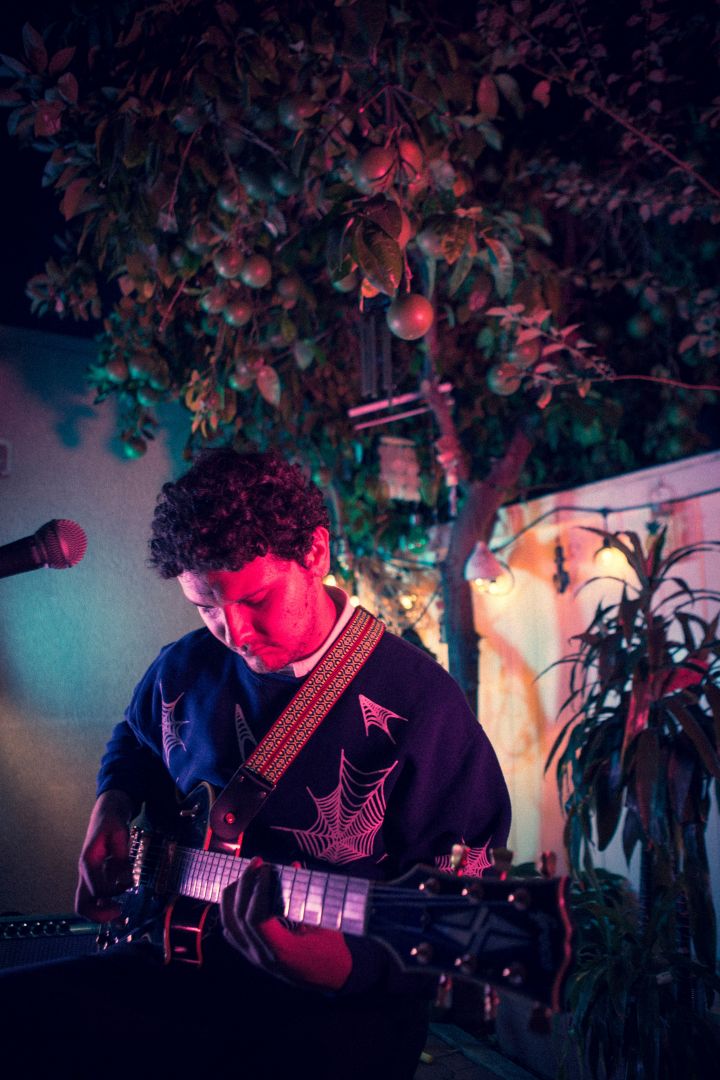 I was born in 1993 and am originally from Mexico City, but have been living in the San Fernando Valley since 1999. I grew up going to schools around the San Fernando Valley and ended up going to Pierce College before transferring to California State University, Northridge in 2013 to complete a BA in Music with an option in Music Industry Studies and a minor in Business Management. Since I graduated in 2016, I’ve been working full time in the music industry. Read more>> 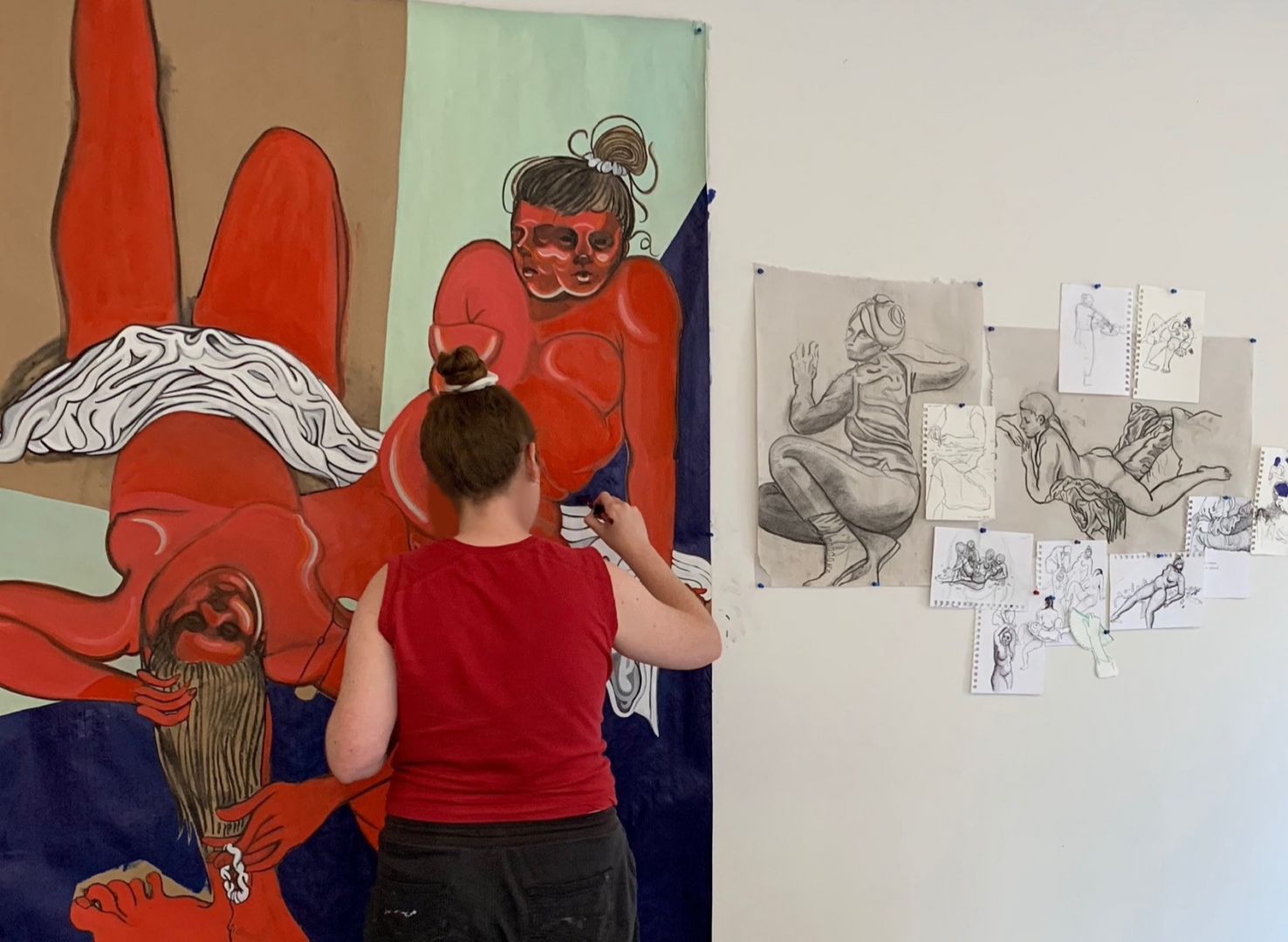 I’m from Los Angeles, California. Growing up, my mother was a costume designer for film, theater and television. It was such a fantastical experience to be a kid in this environment of make believe; following my mom around hot trailers and studio backlots. I am certain my love of the figure began admiring my mother’s costume figure drawing: these beautiful illustrated women on the void of the paper, emerging wearing detailed fabrics, the focus on the character and nothing else. Read more>> 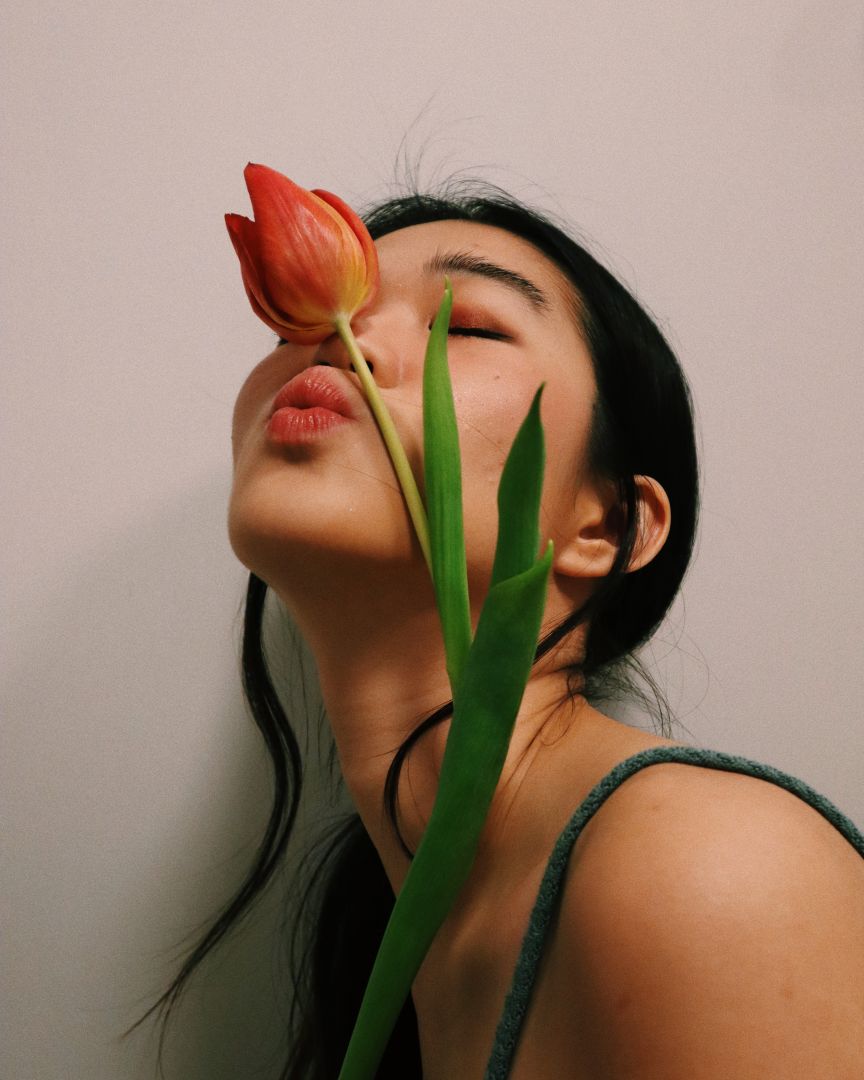 I was born and raised in a close-knit family in Malaysia. Growing up in an average Asian household, I put a lot of energy and focus on my academics during my childhood because that’s what we do to be perceived as ‘successful’. In retrospect, it’s kind of funny because I don’t remember my siblings and I receiving a lot of pressure from my parents to do well in our studies. None of us went for extra tuition classes outside of school, which was extremely rare where I came from. Read more>> 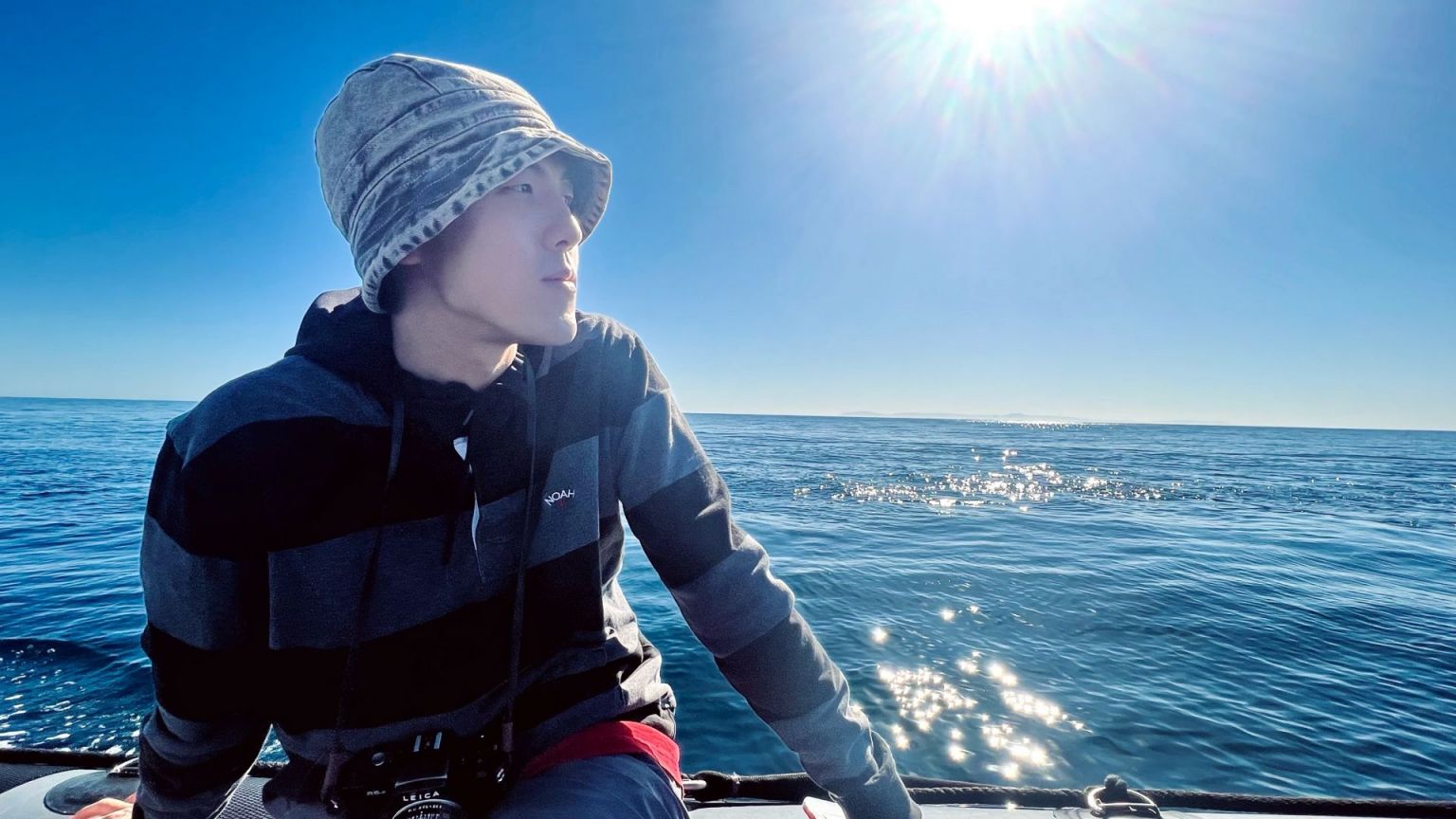 I grew up in the States as an international student at the age of 15. When I first moved to New York, I lived with around 6 different host families. This experience has sculpted many aspects of my personality. Since I was constantly switching environments, I quickly learned to be adaptable and compatible with people from different cultures. These qualities have helped me later on in school with group projects and connecting with professors. Another advantage of moving around a lot is discovering where your passion lies. Read more>> 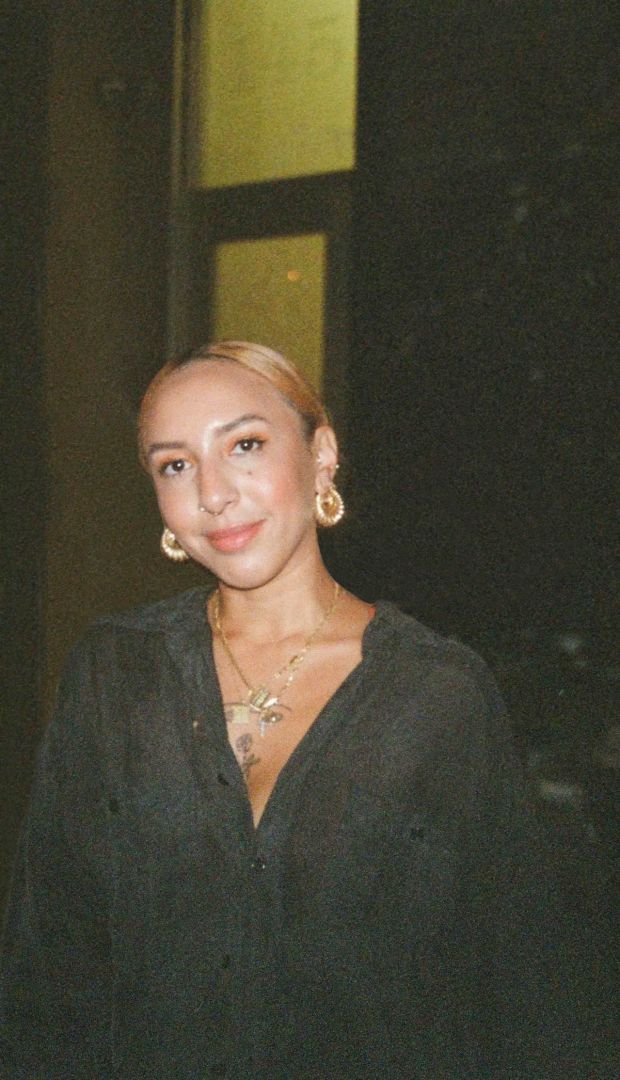 I was born and raised in New York in a typical Puerto Rican, Catholic family. My grandmother moved to the states from Puerto Rico when she was young, and I think a massive part of assimilating to the culture was to keep up appearance. Some people have memories of baking or gardening with their grandmothers growing up. My memories include praying the rosary beside her bed, mint chocolate chip ice cream (to cure my belly aches), and losing myself in thrift stores with mine. Read more>> 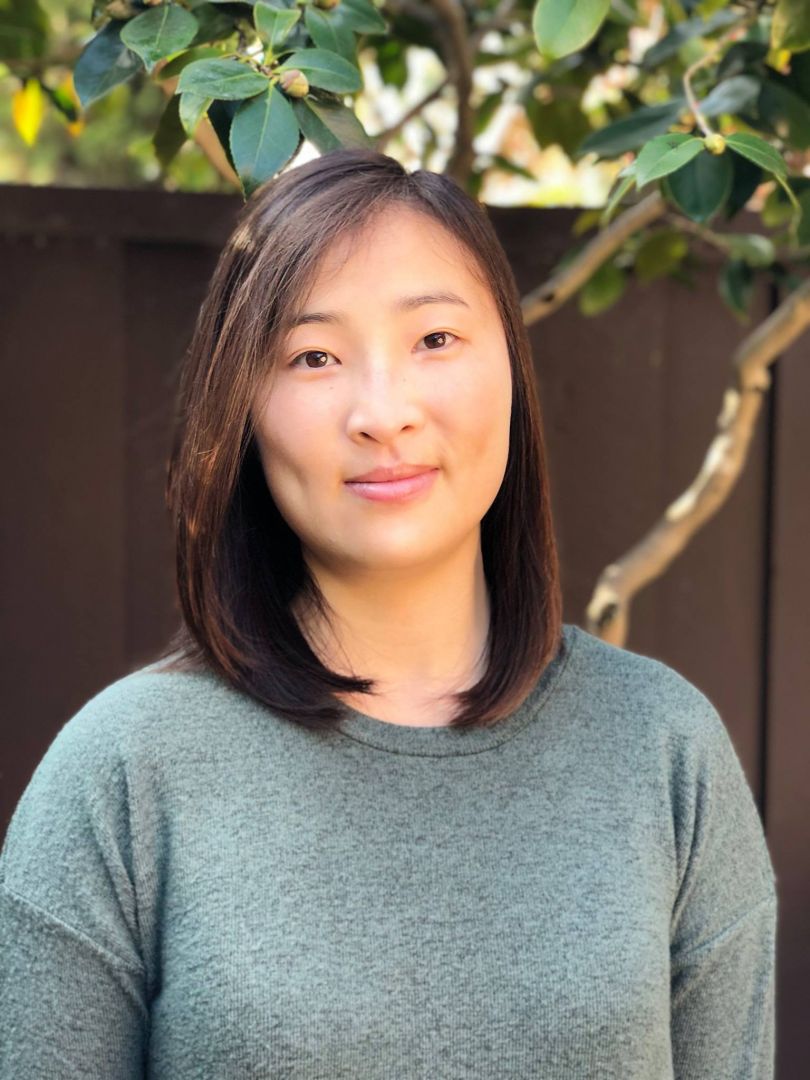 I was born in Oakland, California and raised in a small island-town next door called Alameda. Growing up in the Bay Area, I had a great childhood and learned from an early age how important it is to embrace our cultural differences. However, my experience as a Korean American also influenced so much of how I see the world today, how I identify, and how I move through society. As a kid, I knew I wanted to be a writer as soon as I discovered that writers wrote the books I enjoyed. My parents were very supportive from the start, and storytelling was always encouraged, both in my house and also at school, where teachers and peers motivated me to keep writing. Read more>> 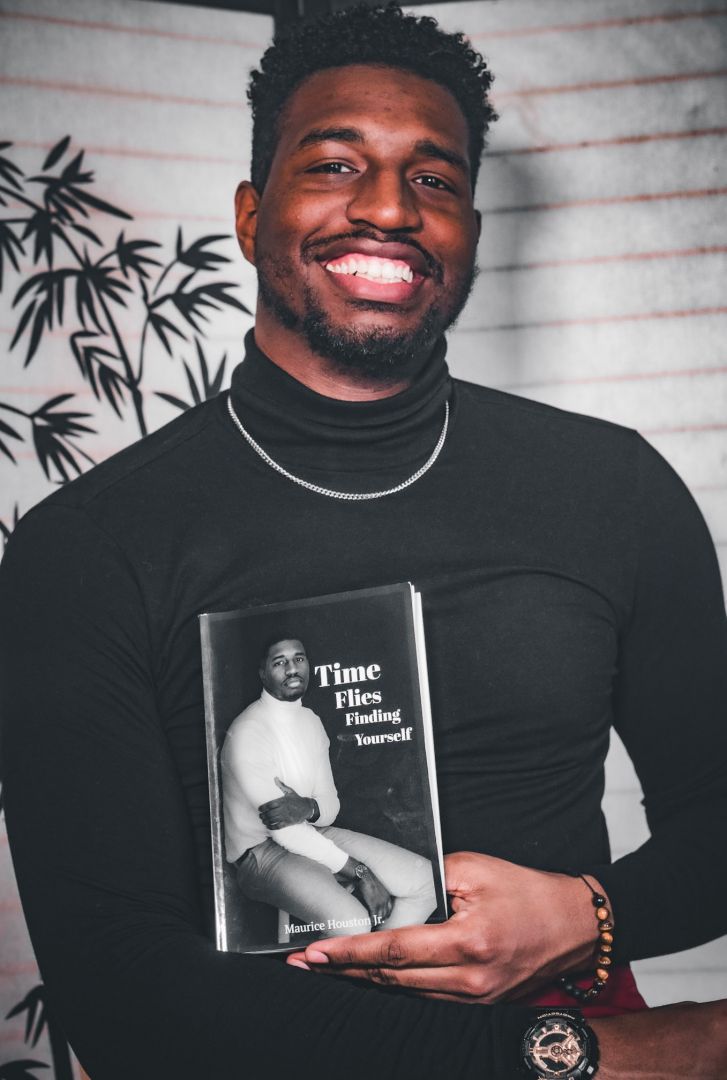 I am from the Metro Detroit area! I believe my background plays a major point in who I am today. I faced a lot of hardships that I had to prevail on, I was disconnected at an early age I feel like. Having to grow up sooner than I felt like I needed to after losing a parent at the age 18-19. However the things I learned before & after that helped shape the ambition and the character I am today. Coming from a small town, I think I grew up just wanting to fit into everyone else’s personality. I finally had the chance to find my way when I decided to go away for college, like any normal kid. Read more>> 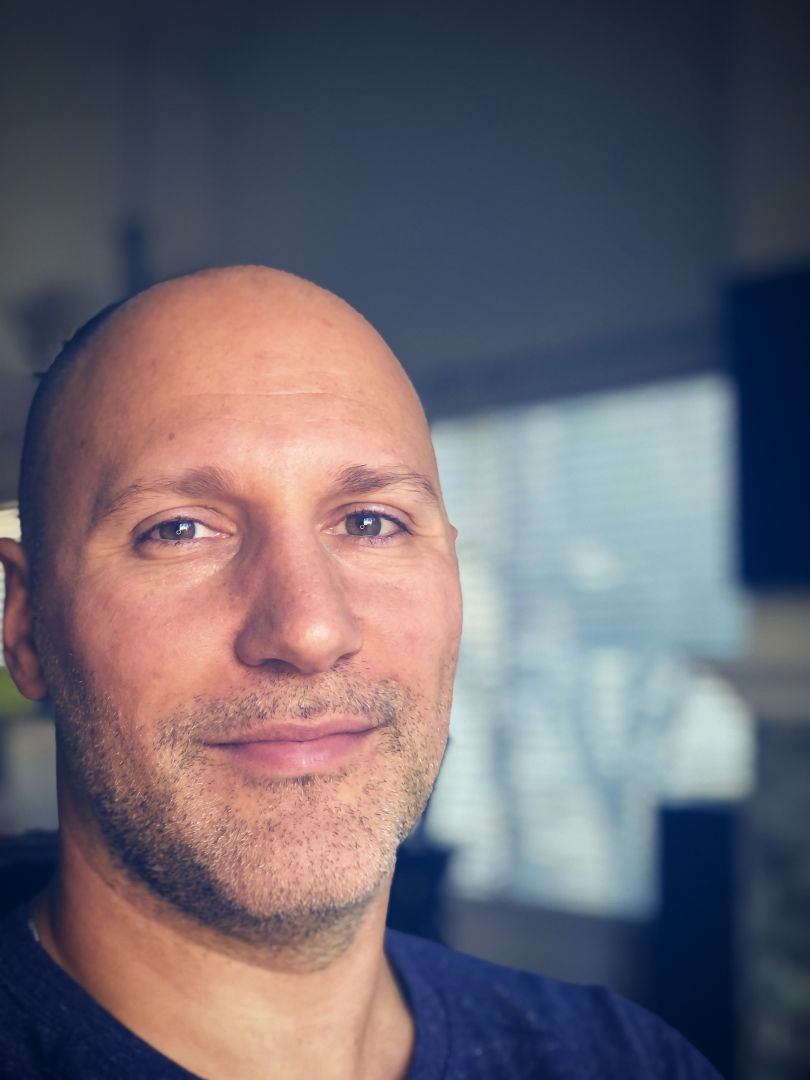 I am from a very small foothill town called Camino, CA. To give you an idea of how small, my town had zero traffic lights, 2 pay phones, 1 gas station and my graduating 8th grade class was a total of 42. The town was built around the logging industry while (and before) I grew up. It’s also known as Apple Hill and in the fall, people come from hundreds of miles away to spend the day gathering apples, eating pies, drinking wine from the vineyards, and in the winter people come again to cut down their very own Christmas trees. Read more>> 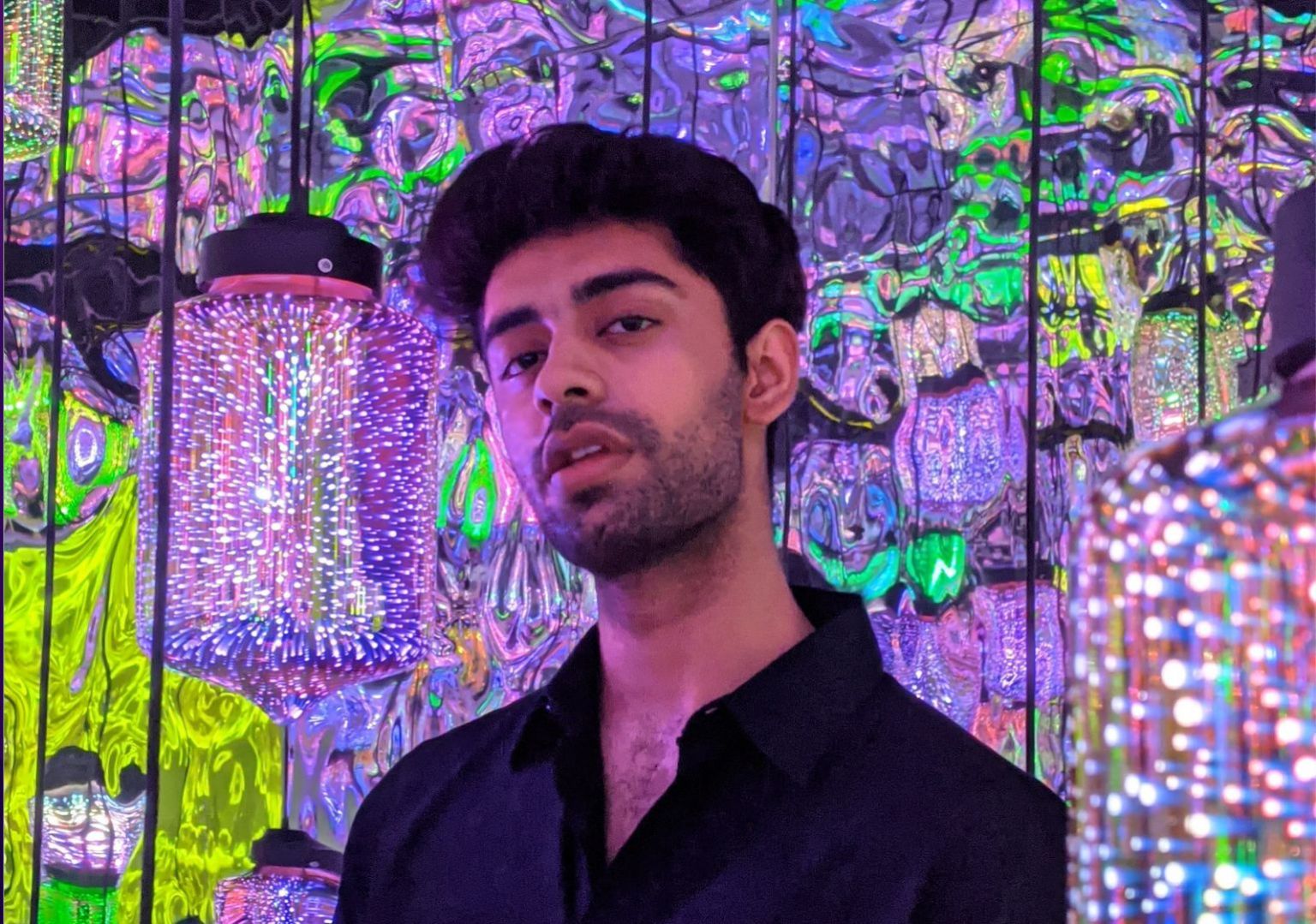 I was born and brought up in Mumbai, India. It being the birthplace of Bollywood, film was engrained into culture. When I moved to the US toward the end high school and started to assimilate into American culture, I began to reflect on my time in India. My environment in India was vibrant but chaotic, therefore, my senses were always heightened. On the contrary, things are much more relaxed here. I believe this allows me to function much more efficiently when I am put into stressful situations. Your boss being upset at you is not as bad as swerving oncoming traffic while you are going in the right direction of a oneway street. Read more>>