We had the good fortune of connecting with Mariluz Gonzalez and we’ve shared our conversation below.

Hi Mariluz, is there something that you feel is most responsible for your success?
The most important factor to Vesper PR’s success is my team’s passion at telling stories. Combine that with my service oriented work ethic and the result is a client who walks away raving about us. Most of Vesper PR’s clients come from referrals. These are people who I’ve never met, but have been told to call me for their public relations needs. What they’ve expressed to me is that they’ve heard I make all my clients feel like they are number one. 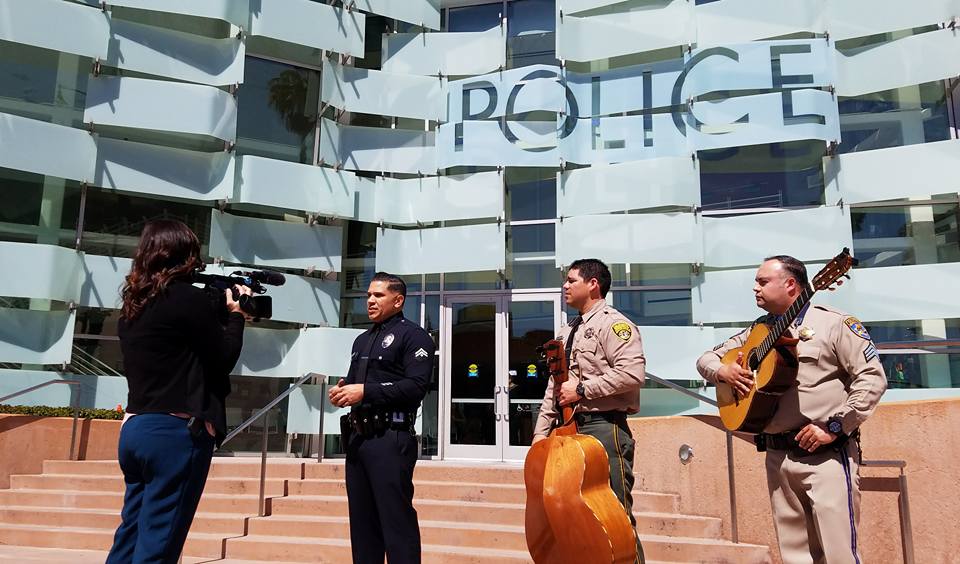 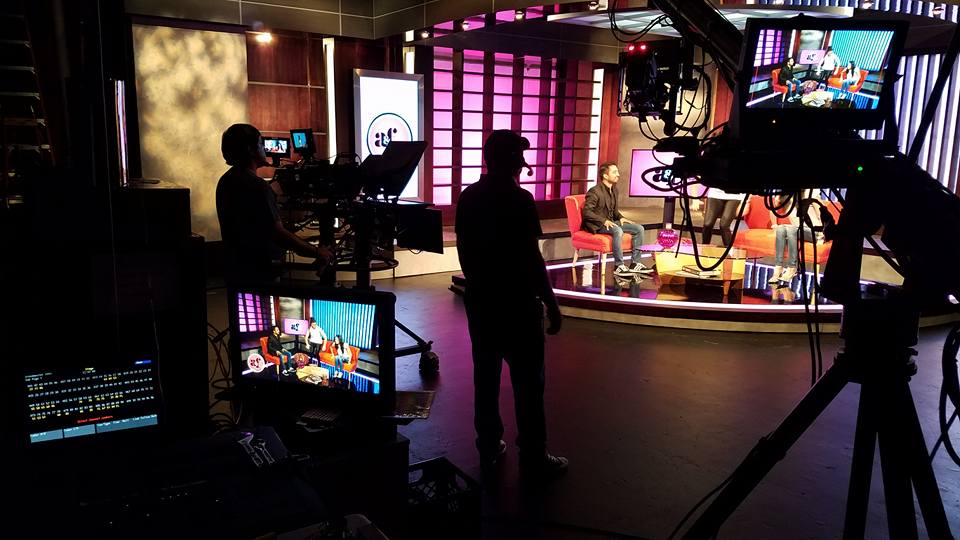 What should our readers know about your business?
Vesper Public Relations specializes in connecting our clients to local, national Latino audiences and expanding their coverage to General Market. The Latino and LatinX consumer is often bilingual and many 2nd and 3rd generation Latinos are English speaking only. Still, we Latinos hold close to our heritage, culture and traditions, perhaps more so than other ethnicities. Obviously there are lots of public relations practitioners who can claim to have a special connection with Spanish media, and the LatinX community. However, I think what sets me apart is my desire to go above and beyond for my clients. Perhaps that has actually been an unnecessary challenge for me business-wise. I have a difficult time holding back, saving it for later, leaving the client wanting more. I’d rather go all out, get every story, follow every lead to it’s completion regardless of how much media coverage I’ve already placed for the client. I want to show the client that I’m the best. All that being said, if there is a lesson that I’ve learned it’s that I don’t need to show the client that I’m the best because they’ve already decided that when they hired me. You might be able to tell that I’m kind of into what I do. What Vesper PR does is we tell stories, and these stories connect communities. Mostly we are telling the stories of the Los Angeles Latino community, but sometimes it’s a bilingual story, sometimes that story is told to a national community and even a global community. It can be the story of a restaurateur whose turned his life around, it can be the story of a rising fashion designer, or an award winning filmmaker. We have shared the story of Latino music, Latino art, Latino film, Latino food, and each year for the past dozen year’s we’ve shared the story of Mexican independence as it’s celebrated on the streets of East Los Angeles in the oldest Hispanic parade in the United States. As the world shut down in horror, fear, and great loss Vesper PR was able to share the story of a shopping center developer who is protecting the essential workers serving their communities, and the local citizens shopping for those essential items. Regardless if these stories are entertainment based, business oriented, or political, regardless if these communities are Latino, bilingual, or English speaking, regardless if the message is fanciful, or critical Vesper PR will always remain dedicated to the story. 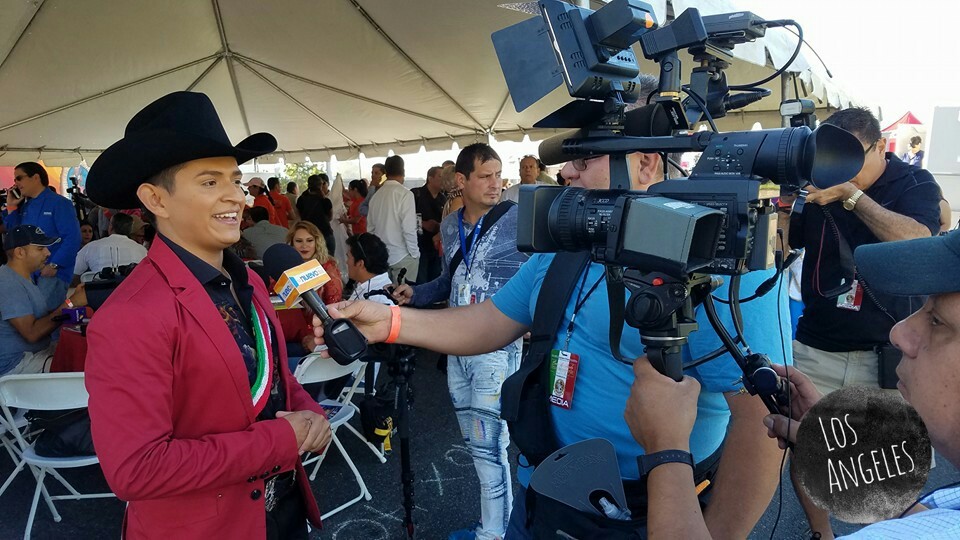 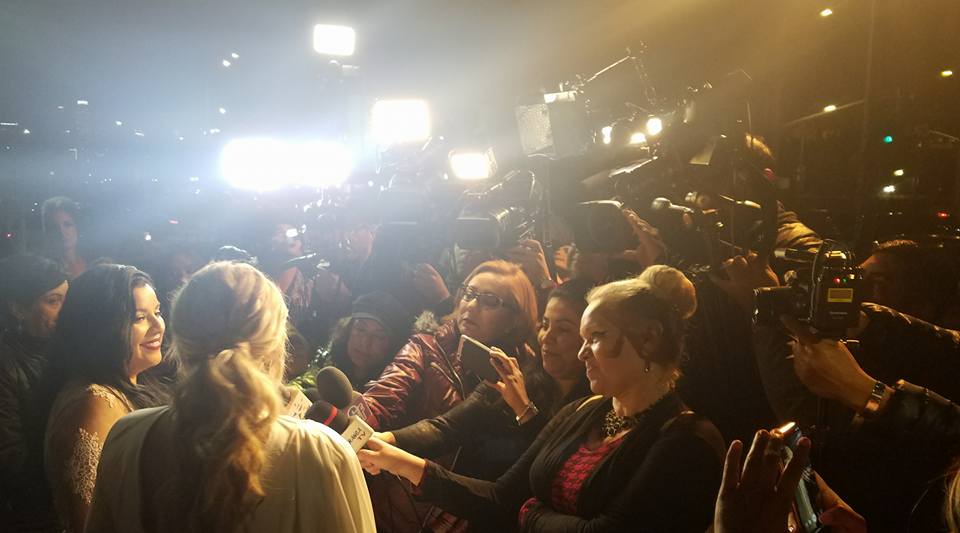 Any places to eat or things to do that you can share with our readers? If they have a friend visiting town, what are some spots they could take them to?
The first thing I would do with an out of town friend is take advantage of L.A.’s still developing light rail. Public transportation and Los Angeles are two words you rarely see together in travel magazines. Heck, the metro rail is something Angelino’s don’t even know about, but it’s a great way to visit L.A. First stop will be to Grand Central market for a bite to eat then up Angel’s Flight to the Broad museum. Hopefully my friend visits in October so we can walk down to Grand Park and grab an early dinner at the annual La Feria de los Moles. If it’s earlier in the summer we can head over to Dodger stadium then end the night at one of the many hipsterific Echo Park bars. Of course my friend will want to visit the L.A. landmarks such as Santa Monica pier, Venice boardwalk, the Miracle Mile, Hollywood & Vine, the Sunset Strip. Those places can be tourist traps, but they are also worth visiting especially if you are at those locations to catch a live band, or see a play at any of our many historic venues. However, before my friend leaves I’m going to insist they spend a day with me in my hometown, mi barrio of Pacoima. I’ll show them our “mural mile” and the tributes to Richie Valens, Danny Trejo, and Cheech Marin on what would otherwise be plain plaster, or brick walls. I’ll show them the largest above ground mural in the San Fernando Valley, “Rushing Waters,” a football long mural created by muralist Levi Ponce and made possible by Councilwoman Monica Rodriguez, ( a project Vesper PR worked on). Of course I can’t leave out the other iconic barrios of Los Angeles, places made notorious by Hollywood movies, but neighborhoods that are the salt of L.A.’s earth. We can go shopping at El Mercadito in Boyle Heights, eat Mexican sushi at El Sushi Loco in Pomona (another Vesper PR client), and let’s not forget to visit the non Latino neighborhoods of Little Tokyo, Chinatown, Little Ethopia, and Thai Town. Come to L.A. and visit the world. 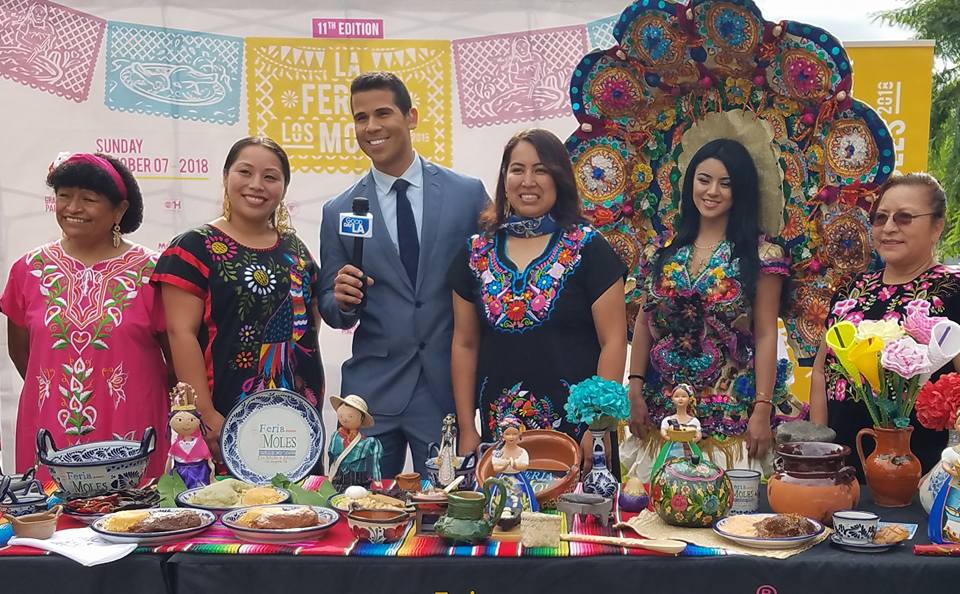 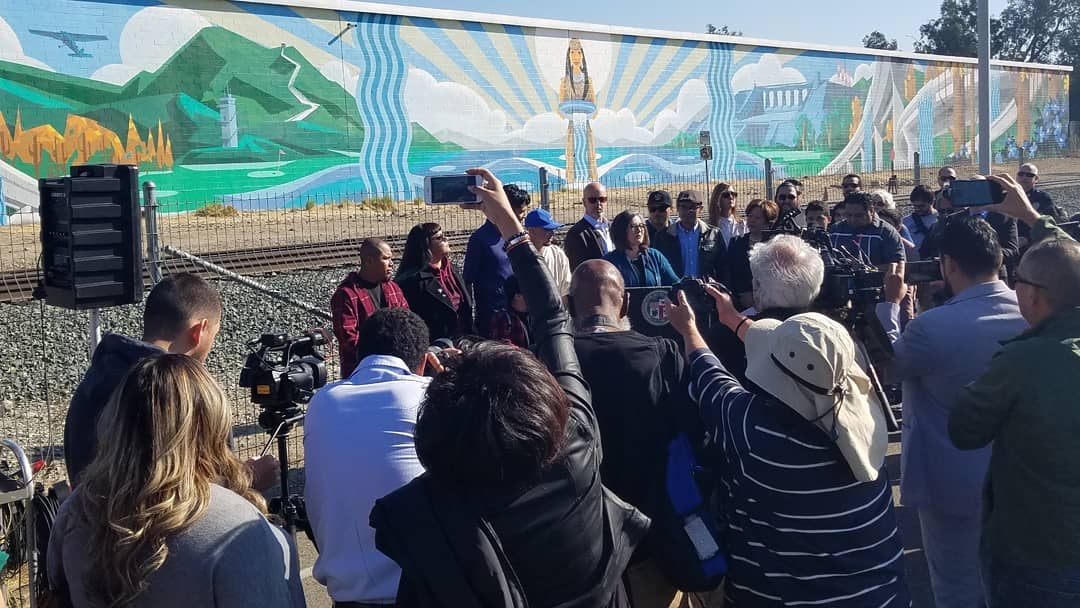 Shoutout is all about shouting out others who you feel deserve additional recognition and exposure. Who would you like to shoutout?
I’d like to give a warm and grateful shout out to all my colleagues, my friends in the media, the reporters, and news editors who are so open to my calls and ideas. I love how I can give them a brief pitch, a story idea, or sometimes simply an idea, of an idea and they take that concept, they take my clients story and tell it to their audience. It’s a beautiful thing to be a part of and I’m so honored to be a part of the story telling process. On that note of story-telling I’d like to give props to my wing man Raymond Diaz who has been Vesper PR Account Executive since 2012. He’s a great idea man who cares about creating a story as much as I do and as much as my news media friends do. He’s a hell of a writer too.