We had the good fortune of connecting with Mark Steven Greenfield and we’ve shared our conversation below.

Hi Mark Steven, any advice for those thinking about whether to keep going or to give up?
I am an artist, and the idea of giving up has never been a consideration for me. I’ve never looked at my vocation as a matter of choice, but rather one of a most pleasant compulsion. Modern existence is beset with challenges, and to the degree to which my work can provide alternate views, perspectives, critiques and offer informed understanding of our human condition, is how I’ve chosen to measure my success. It is the artist’s passion for what they do that allows them to be something of a conduit between the greater universe and the world. To give form and meaning to things and ideas that cannot be expressed in any other way. To give up, is to admit to being a hobbyist, and is a waste of one’s talent. 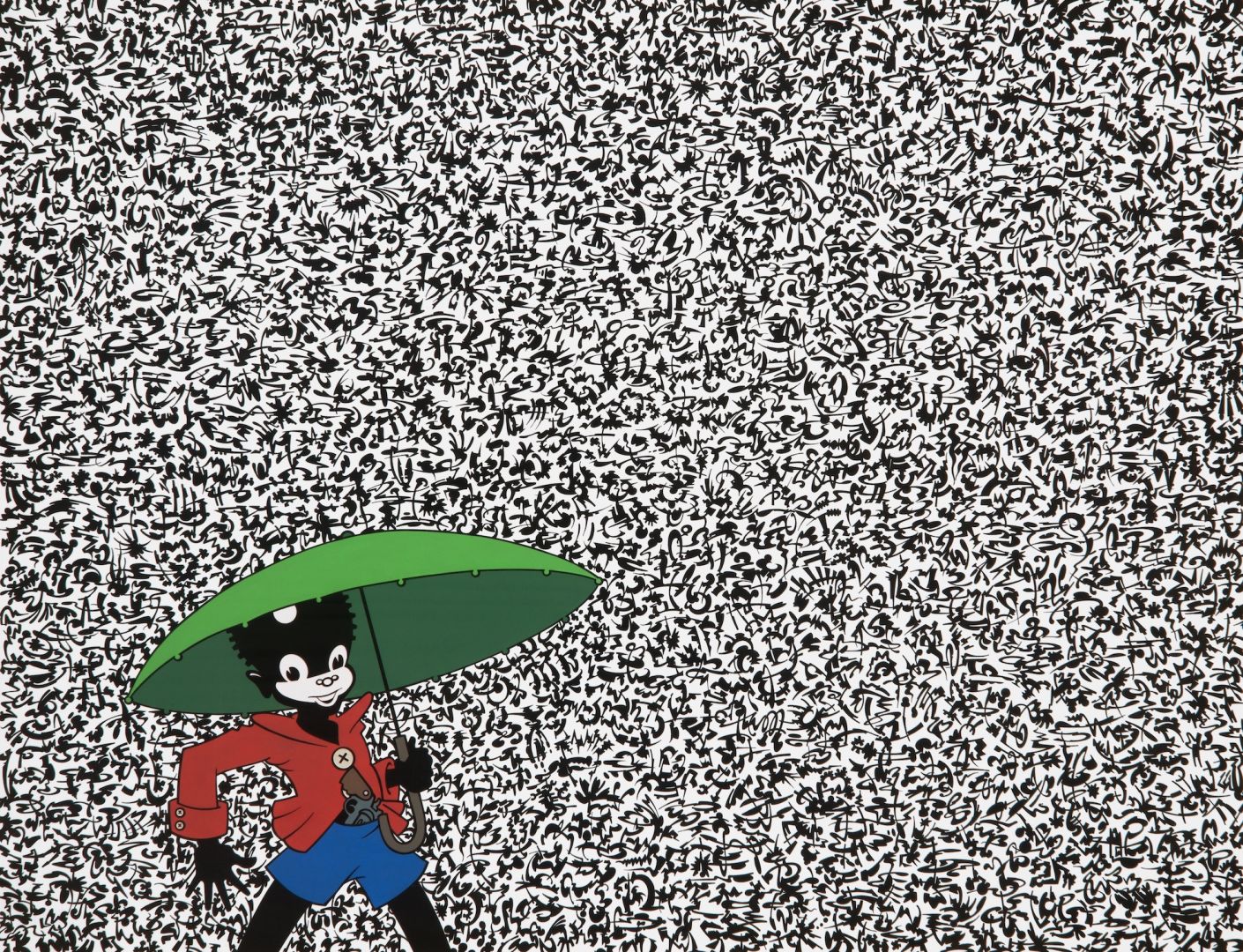 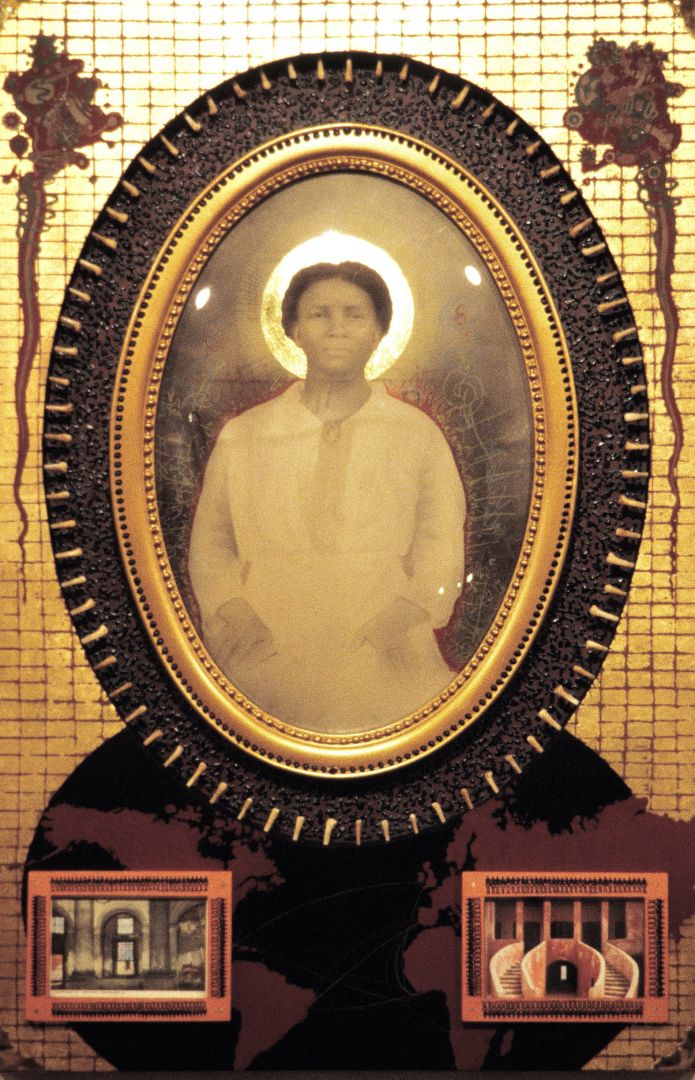 Can you open up a bit about your work and career? We’re big fans and we’d love for our community to learn more about your work.
Growing up in the 1960’s during the Black Power movement, the idea of social justice was a major influence in just about everything I did. The reality of participating in the greater art world was brought into clearer focus in my undergraduate years at a local university. My painting teacher told me that there wasn’t enough room in his classroom for me, so he put me in a classroom by myself, effectively segregating me. He’d check on me from time to time, but I never had the benefit of class critiques or feedback on my work. There was a part of me that relished the freedom, but to this day, I’m haunted by what I must have missed. Once I graduated and started approaching galleries, they would always say, ” We like your work, but it’s so “Ethnic”, code for Black, sub-code, unmarketable. I quickly learned that the Art World was not colorblind unless you worked non objectively, worked in abstraction, or produced work that was deemed “unthreatening”. Things have changed considerably in the past thirty years as evidenced by recent museum exhibitions, and the Art World has come to embrace the idea of diversity. My work has gone through a series evolutions and was greatly influenced by my meditative practice that is based on the Science of Creative Intelligence. I became a student of Genealogy and found ways to incorporate my family research in my work. I started to document the lives of other creatives I had come in contact with in the Leimert Park neighborhood of Los Angeles. For a time, my work focused on gang life and the complex situations that are at the source of that culture. In early 2000 the work took a decidedly political turn in dealing with the long -term effects of African American stereotypes, in an effort neutralize their power. My most recent work takes the form of contemporary religious icons featuring the Black Madonna, the embodiment of universal love and mystery, contrasted with figures of white supremacists, who are associated with hate. I have always worked a job to support my ability to make artwork. It has always allowed me the freedom to make statements in the work that are not always marketable but stimulate much needed dialog. It is a difficult trade-off, balancing the practical with the artistic, but at least in my case, worth it (though at the loss of a lot of sleep). In most instances, the job was, in some way related to art, which has its pluses and minuses. I began looking at it as a necessary distraction to allow me to make art, and once I fully accepted that any anxiety disappeared. I’ve worked as a window display artist, a park director, a police artist, graphic design teacher college professor and most recently as director of the Watts Towers Art Center and the Los Angeles Municipal Art Gallery. The thing that gives me the greatest sense of pride are my students, and those who’ve considered me as their mentor. Their accomplishments have exceeded the already high expectations I had for them. 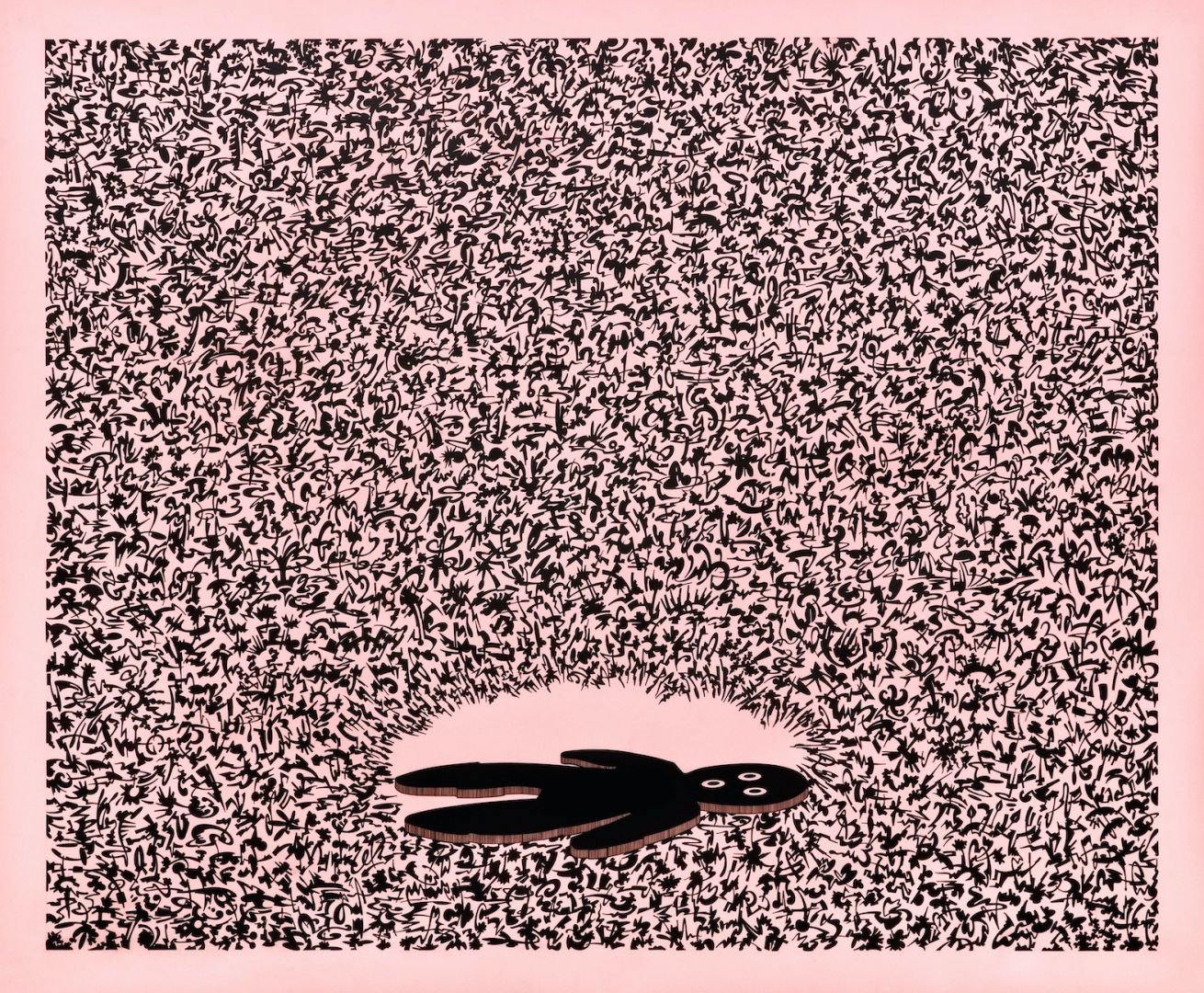 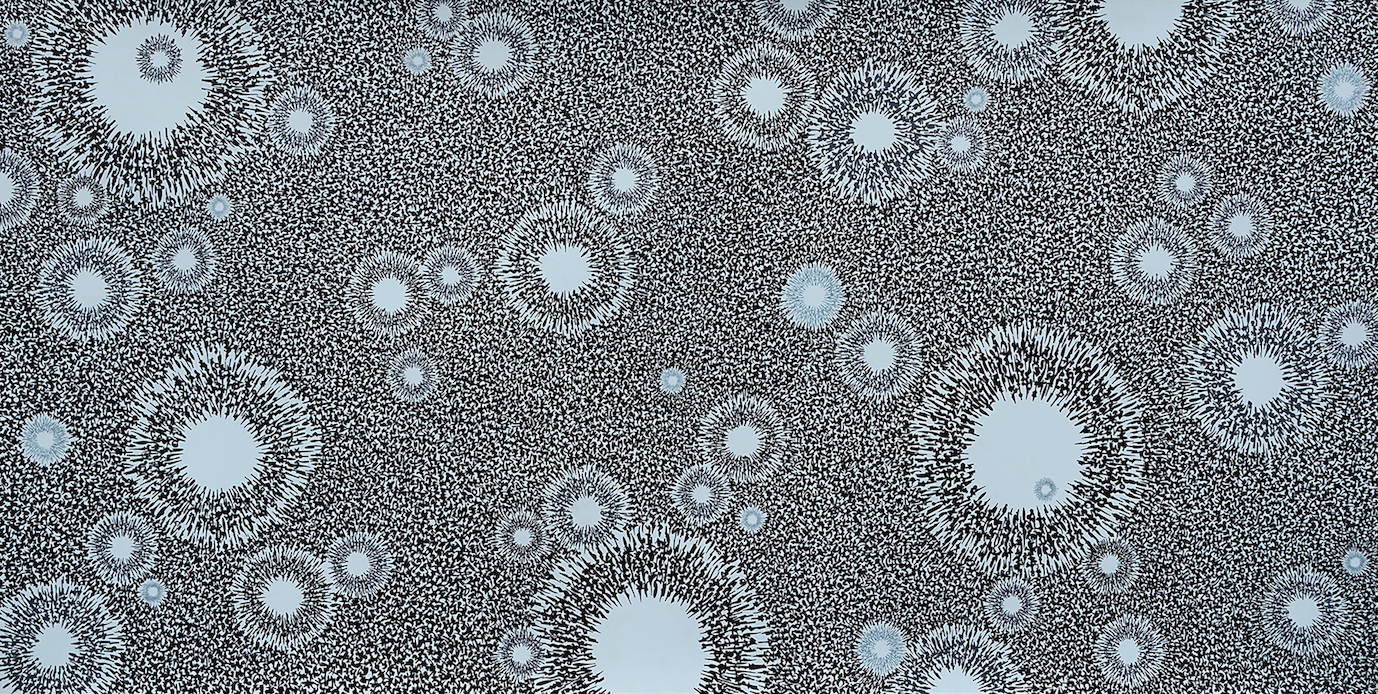 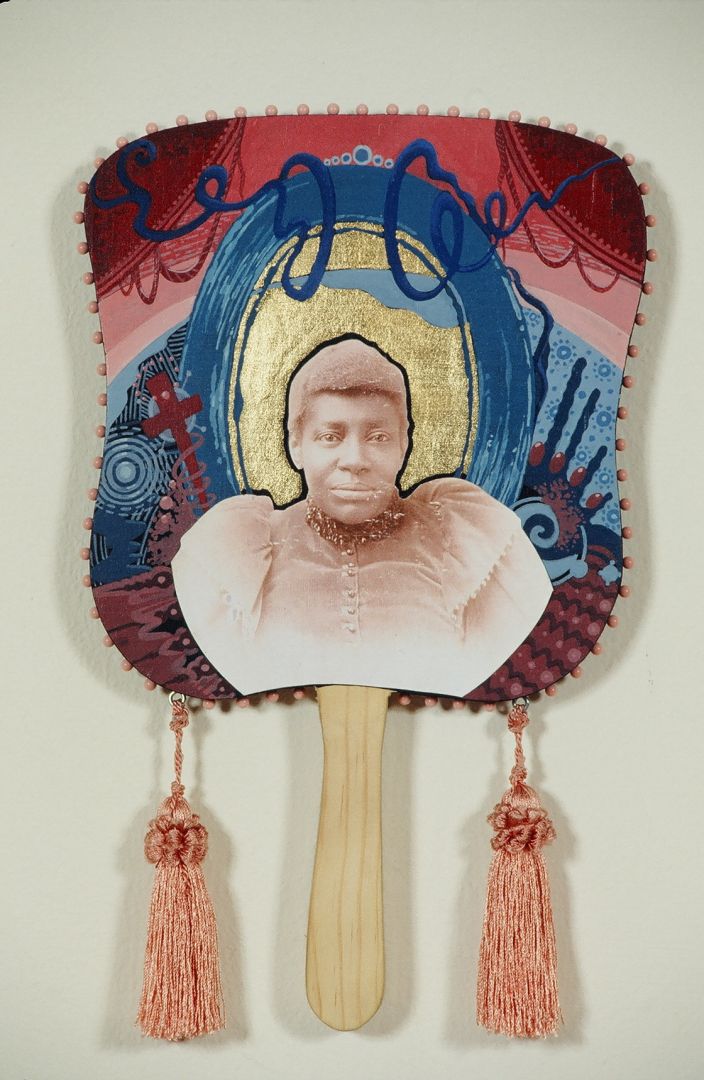 Any great local spots you’d like to shoutout?
Most of my friends, knowing of my association with the Watts Towers want to see them, so that would be my first stop. Next, I’d take them to the California African American Museum and the Museum of African American Art, and we’d have a little hang-time in Leimert Park. Dinner would be at The Arbour Restaurant in Pasadena. During the remainder of the week we’d hit the galleries at Bergamot Station, the Huntington Library, the Getty Villa, Self-Realization Fellowship Shrine, El Matador Beach and Self- Help Graphics. Restaurants: Pann’s, Otium, Phillips Barbeque, Lucques, Bachus Kitchen, Mai Ploy, Rosalind’s, Hai Di Lao, Neptune’s Net Drinks: Colorado Wine Company (Eagle Rock), Everson Royce (Pasadena) Vertical Tasting Room (Pasadena) The Bar at the Roosevelt Hotel 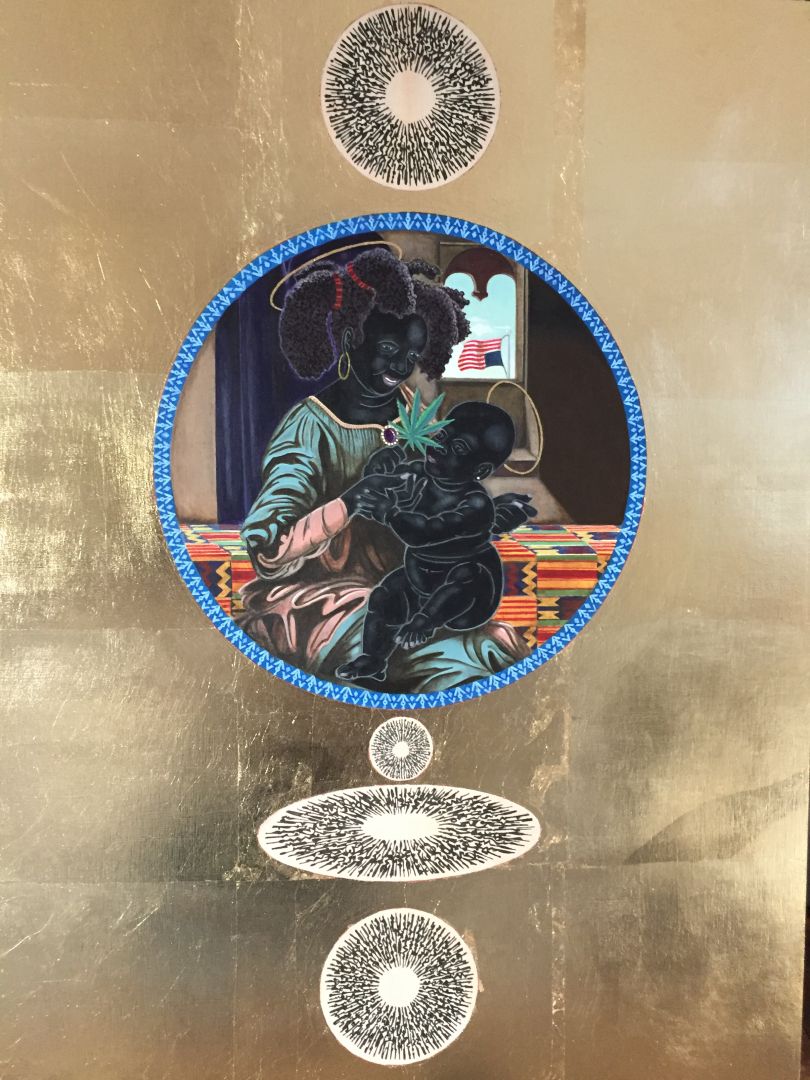 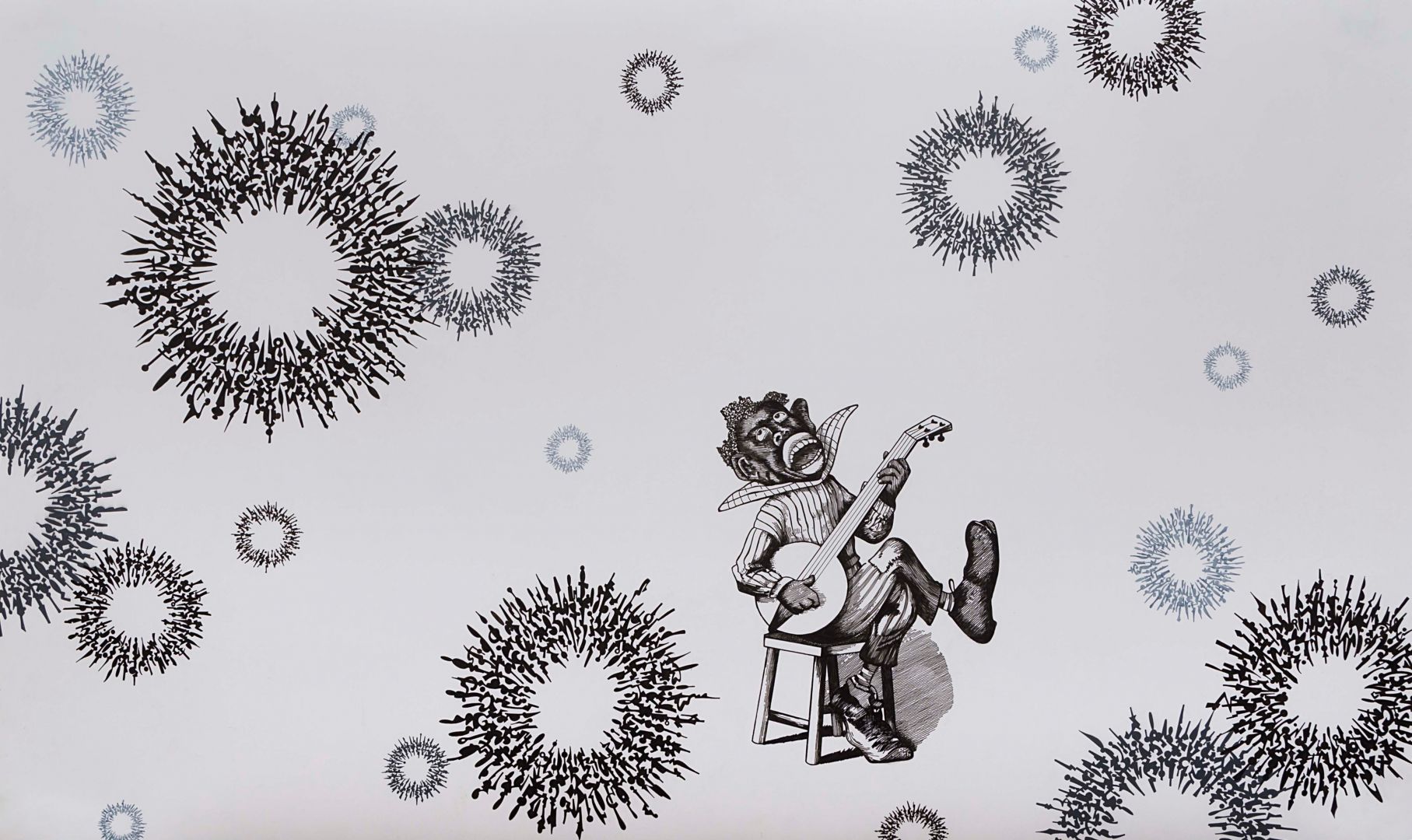 Shoutout is all about shouting out others who you feel deserve additional recognition and exposure. Who would you like to shoutout?
I grew up in South Central Los Angeles in a neighborhood that was hotly contested by two rival gangs, the Slausons and the Gladiators. I didn’t have allegiance to either one of them, but developed ways of carefully navigating between them as a survival skill. In high school I had a very influential art teacher named John Riddle, who knew I was hanging around with the wrong crowd and once told me, “You could be a pretty good artist, if you live that long”. I could not get those words out of my head and soon after decided to commit myself to becoming an artist. There were others ,most notably Lydia Takeshita and Betye Saar, who would provide reinforcement to the lessons John taught me, but his example has always been my North Star, and has informed my teaching philosophy to this day. Sadly, he passed away some years ago, but I’m happy to see his work finally getting the attention it so richly deserves. 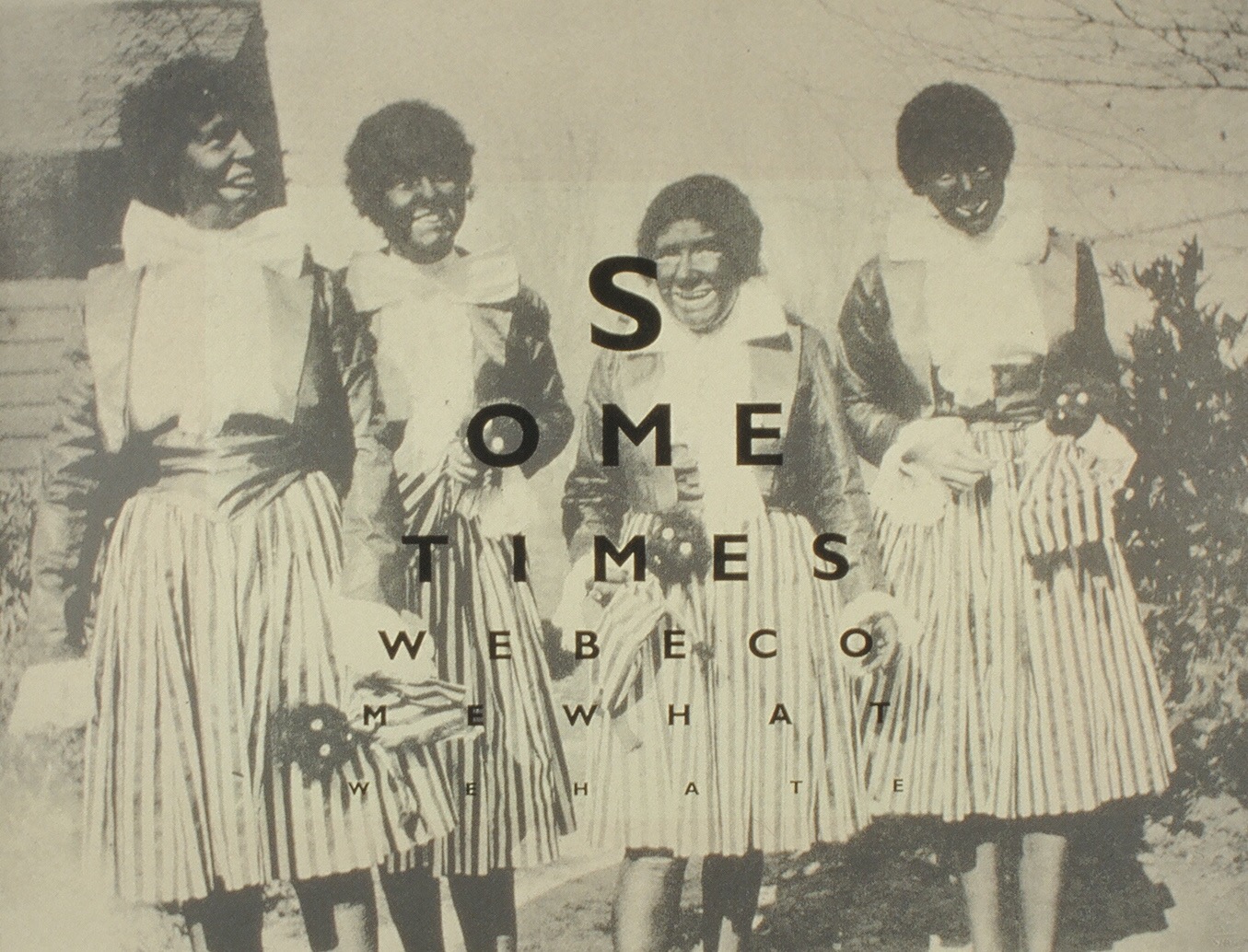 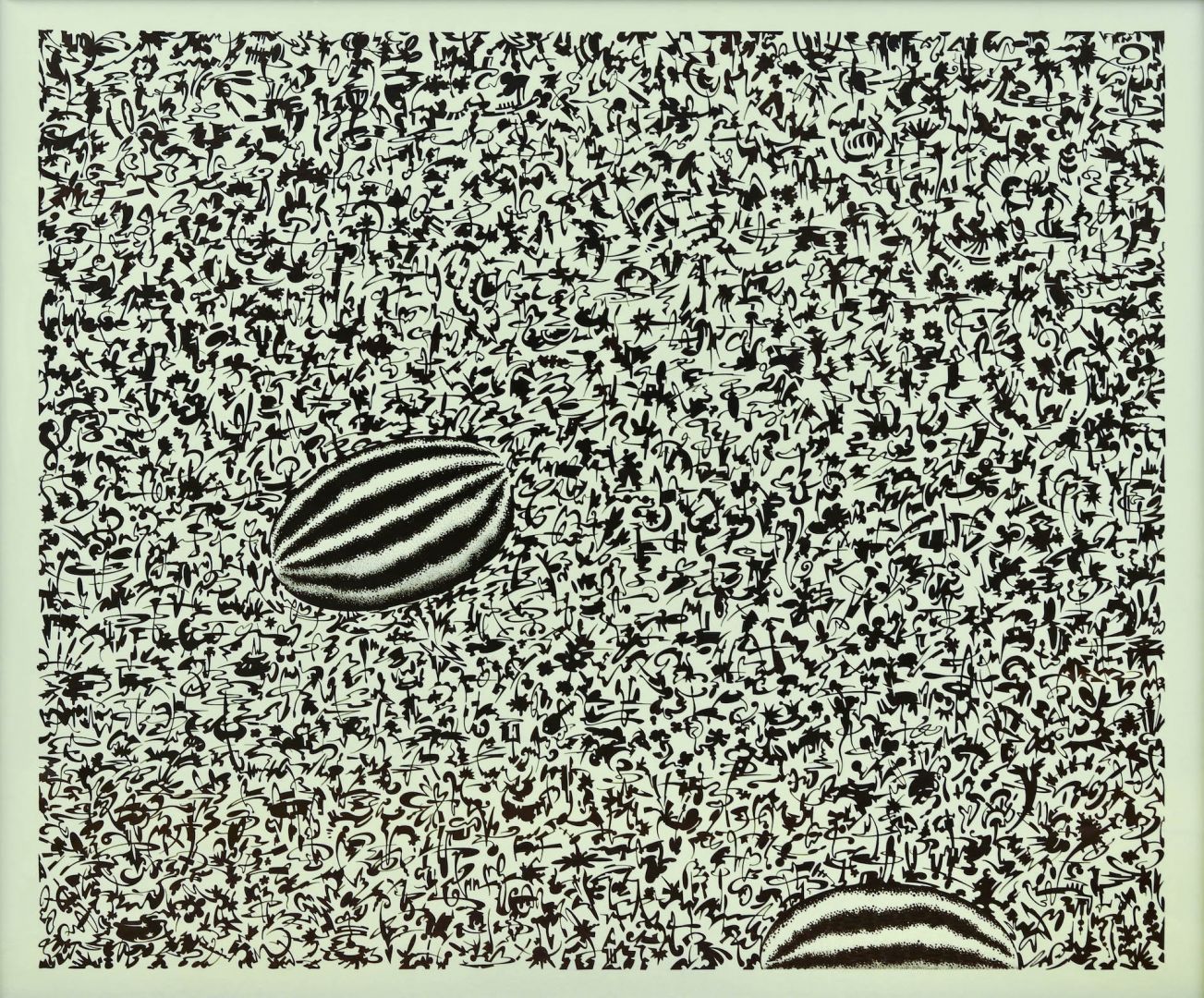