We had the good fortune of connecting with A. Sincere Dennis and we’ve shared our conversation below.

Hi Sincere, how do you think about risk?
Risk taking is key to stepping out of your comfort zone and opening your mind to things you may have avoided in the past or never experienced, I feel like I’ve been doing it my whole life.

Taking risk has played a major roll in my life even before I even started my creative career. Going into my senior year of high school in New York (The Bronx) I told my mom I wanted to move to Georgia to live with my aunt and two cousins to finish my last year because initially I wanted to attend college there, it didn’t turn out that way but the experience I had living in Georgia was all worth the risk. Fast forward 14-15 years later I decided to move to LA (2021) January 2 I was on a plane headed to my first home in LA not knowing what opportunities were waiting for me. But I was willing to take the chance and do what I felt would help get me to the next level. 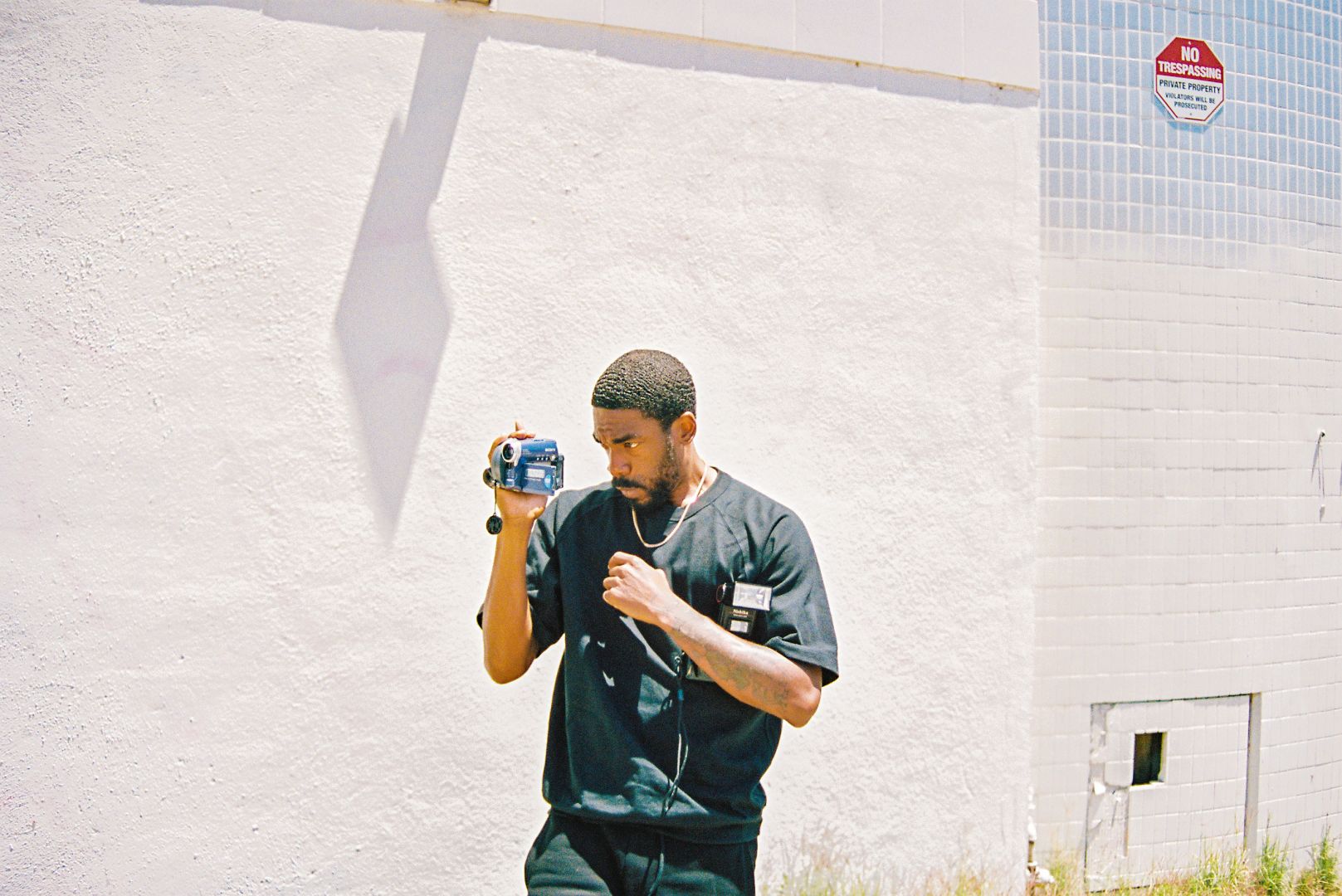 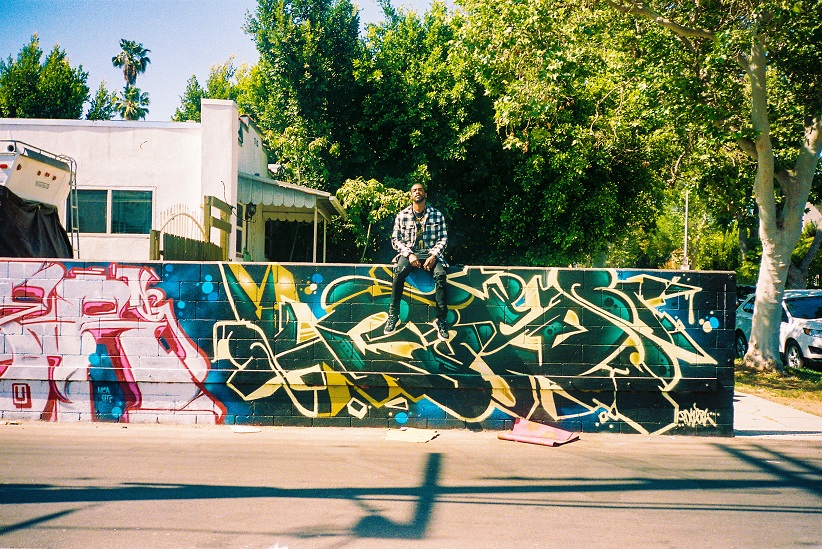 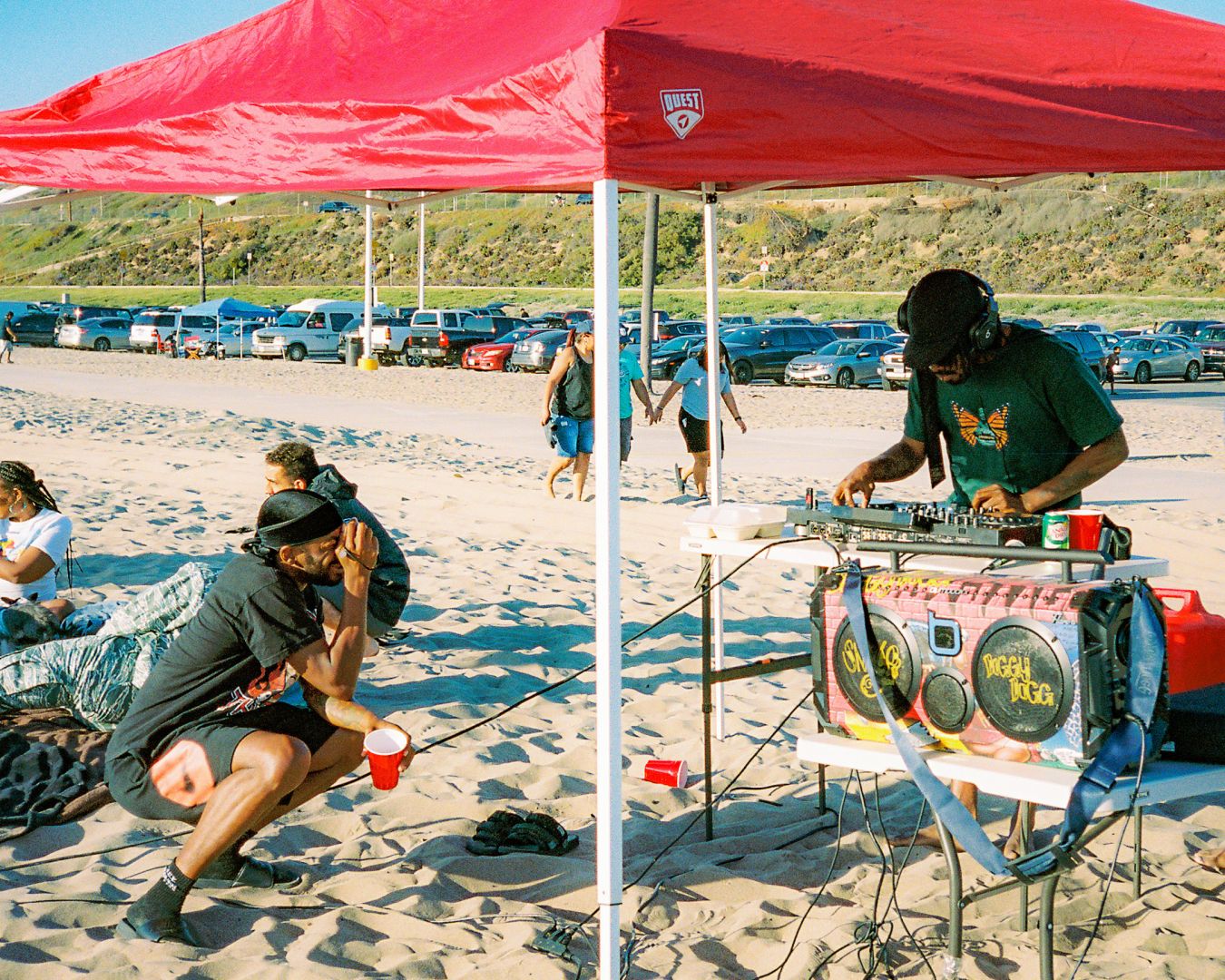 Alright, so let’s move onto what keeps you busy professionally?
I’ve always wanted to be an artist as young kid I was always seeking a way to let me creative side out but I was too busy trying to make it to the NBA, once it was clear to me that going to the NBA wasn’t in the cards for me I was able to clear some time and seek out other ways to leave my mark on this world.

I started shooting photography around 2012 capturing my friends and the things we did around NYC. Attending shows, special events or just us hanging out on Union Square. As we became familiars in the scene people would ask “what do you do?” and I never had a satisfying enough answer so I started taking photography more serious turning the camera on the performers we were going to see, making sure I had the best spot in the crowd to get the best picture. At the time everyone was trying to be a photographer so it was up to me to stand out and let me photos be seen. Digital photography reached an oversaturated point and it just wasn’t enough for me.

2014-2015 I was scrolling through tumblr searching for inspiration and I seen a guy by the name of Mr.Gif explaining what stereoscopic photography was and immediately wanted to figure out how to do it so I took to eBay and started searching for stereoscopic cameras. At the time there were Nishika (35mm stereoscopic film cameras) all over eBay selling from $10-$25 so I bout 1 and then bought another and another , I didn’t start shooting with them till about end of 2015 and because I never really felt with film before I just collected rolls until I found Luster photo a film processing store in the East Village, I had tried other places after that but no one processed my film like Luster so I made that my hub and till this day I use them even while I live here in LA.

Once I started getting the hang of the Nishika I went right back into shooting shows and people I was around and posting them on my tumblr then IG became a thing and I realized I can convert my gifs into videos and post them there. Stereoscopic is not an easy thing to understand although it’s been around for centuries, so people would start to ask me “what app is that?” Everyday in my DM’s and/or comments I would get this question and I felt obligated to answer everyone of by saying “ain’t no app” which then became a frequent hashtag I use when posting but that didn’t stop them from asking. Years passed and I started going through the cameras wear and tear, their placid cameras some would even call them “toy cameras” so I went back to eBay and I noticed the price was going up to $250-$300 and the quantity was going down on the cameras. It blew my mind to see the change I’ve caused, I started seeing other people making attempts at this stereoscopic game but they just didn’t have the eye or the right subjects to shoot how I was as I would say they photos just wasn’t “hittin'”.

When I realized that I had the most recognizable stereoscopic style from friends and even strangers in the street I started to think how can I print these and make a show out of em naturally I didn’t think printing them was possible these days so I searched for HD screens I could play them on but they were all too expensive until I saw a company printing lenticular (3D photos) from peoples boomerangs on IG so I reached out and of course they ignored my inquiries through DM’s and my comments but it didn’t stop me from trying until one day a guy by the name Jared Hoffman reached out to me and asked “do you want to print you photos?” Under one of my many frustrated comments and I went right to his DM’s after looking at his IG and saw he was doing the same but just a little bigger. A few days later I’m at his home in Brooklyn sitting in his living room as he shows me these 8×10 lenticular prints and I’m in awe responding to them “this is exactly what I want!” And from there I’ve been working on building my lenticular print collection of a lot of photos I’ve taken through the years then going on to having 3 shows in one year selling prints to people via IG and even in person, I would walk around with a pack of 8×10’s just showing them to anyone who was interested.

“New New York” was a tag line me and the homies would say when we noticed how we were shifting the way the city was moving pretty much how we were shaping the culture and when it came time to put a name to my brand “NewNYer” just seemed right! One day someone messaged me and said you need a logo people are taking your photos and posting them and not tagging you lucky for me I already had one. Back when I was searching for a way to be created I went down the graphic designer path which then led me to my present day mentor Brent Rollins he’s a legend in that world if you don’t know Google that man. He guided me through the basics but my skills as far as drawing and illustrating just wasn’t the greatest. One thing that did come out of it was my “7thofOctober” logo which was a pink tongue we made in Adobe illustrator and I wanted to make tshirts with that logo on it but that fell short due to lack of funds and resources . When I seen the logo on my computer I went into photoshop changed it up a bit and boom I had a watermark for my photos an outlined tongue, through the years it’s involved from what it use to be but you can find stamped on the back of my lenticular prints, spinning on my IG story and on my website.

NewNYer became a lifestyle brand for me not just saying the people in NY are new but any who came to New York chasing their dream is a NewNYer it’s all about the new no matter where you come from.

Let’s say your best friend was visiting the area and you wanted to show them the best time ever. Where would you take them? Give us a little itinerary – say it was a week long trip, where would you eat, drink, visit, hang out, etc.
I’m big on being “outside”, most people these days would say being outside is being at a club, a party or brunch lol anything that’s not being quarantined inside but being outside for me is being in the woods, hiking, being on a lake actually breathing some fresh air and being inspired by the natural world we live in.

I just recently went on a road trip Yosemite National park and I enjoyed every second of it, shopping for groceries to cook at the cabin taking part in the local fun activities, driving a boat on a lake during magic hour into the sunset, hiking up to waterfalls and just relaxing listening to nature.

My week long trip would be in Yosemite, Big Sur or even something as simple as a day on the beach in Malibu. It’s the simple things I enjoy about being outside. 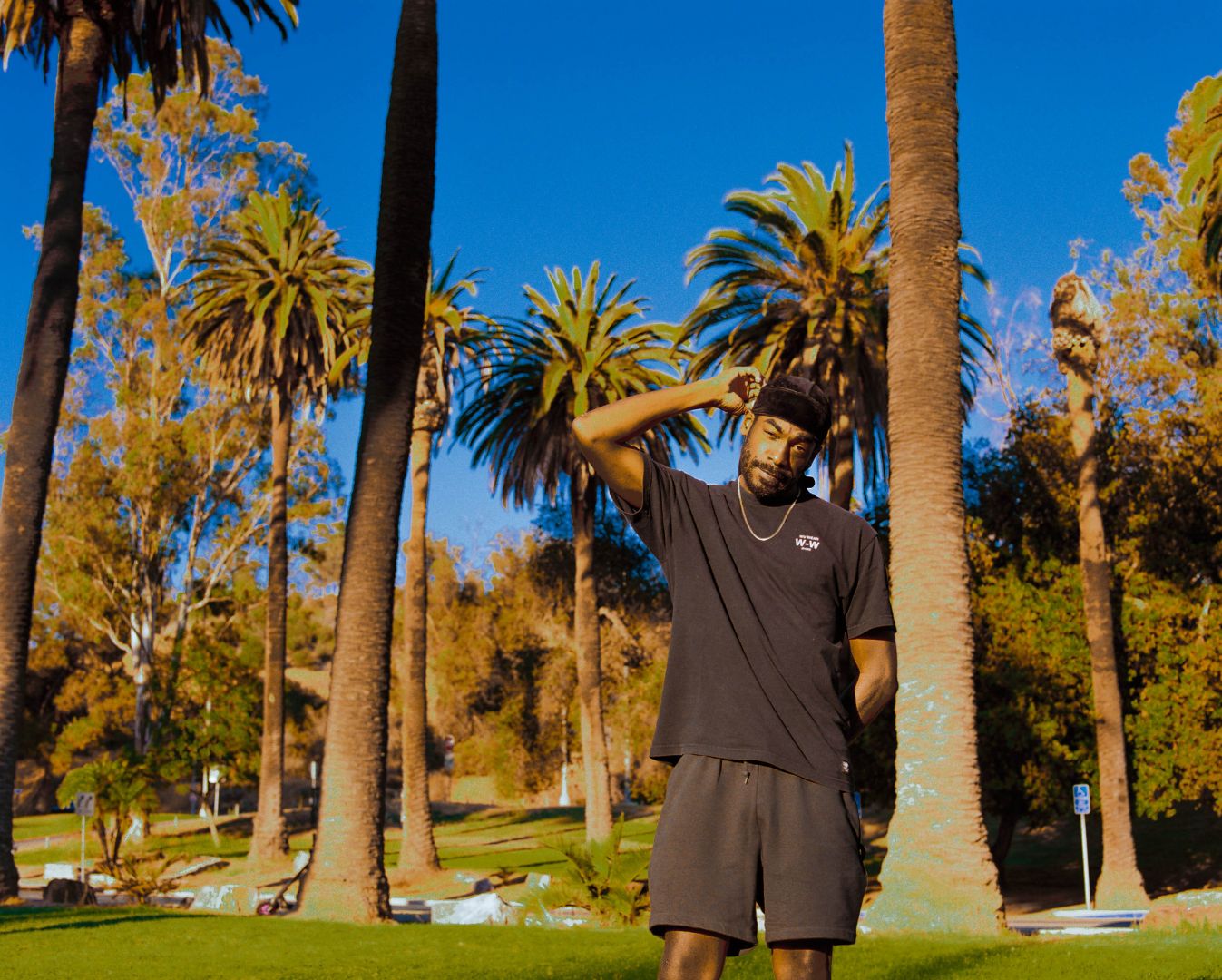 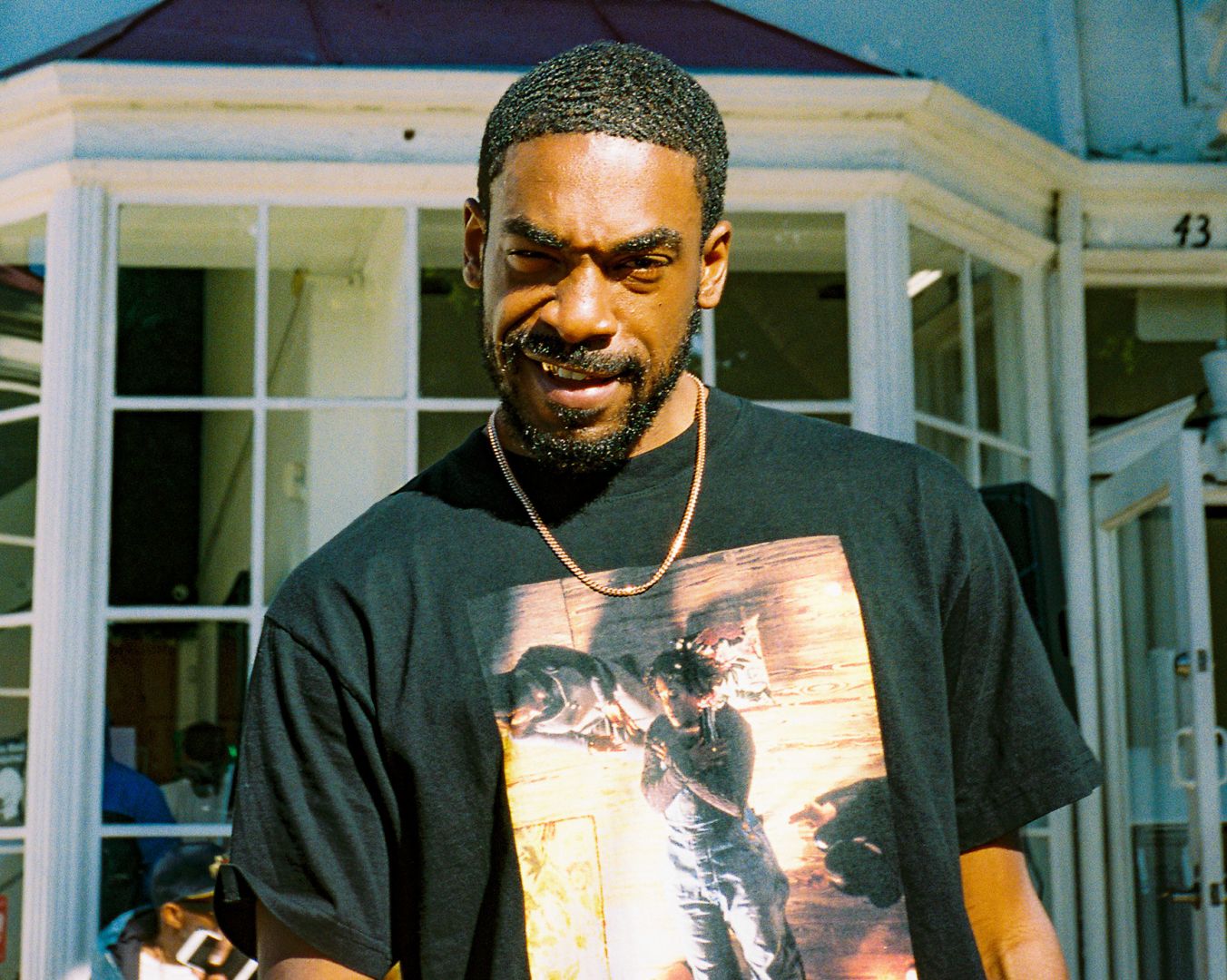 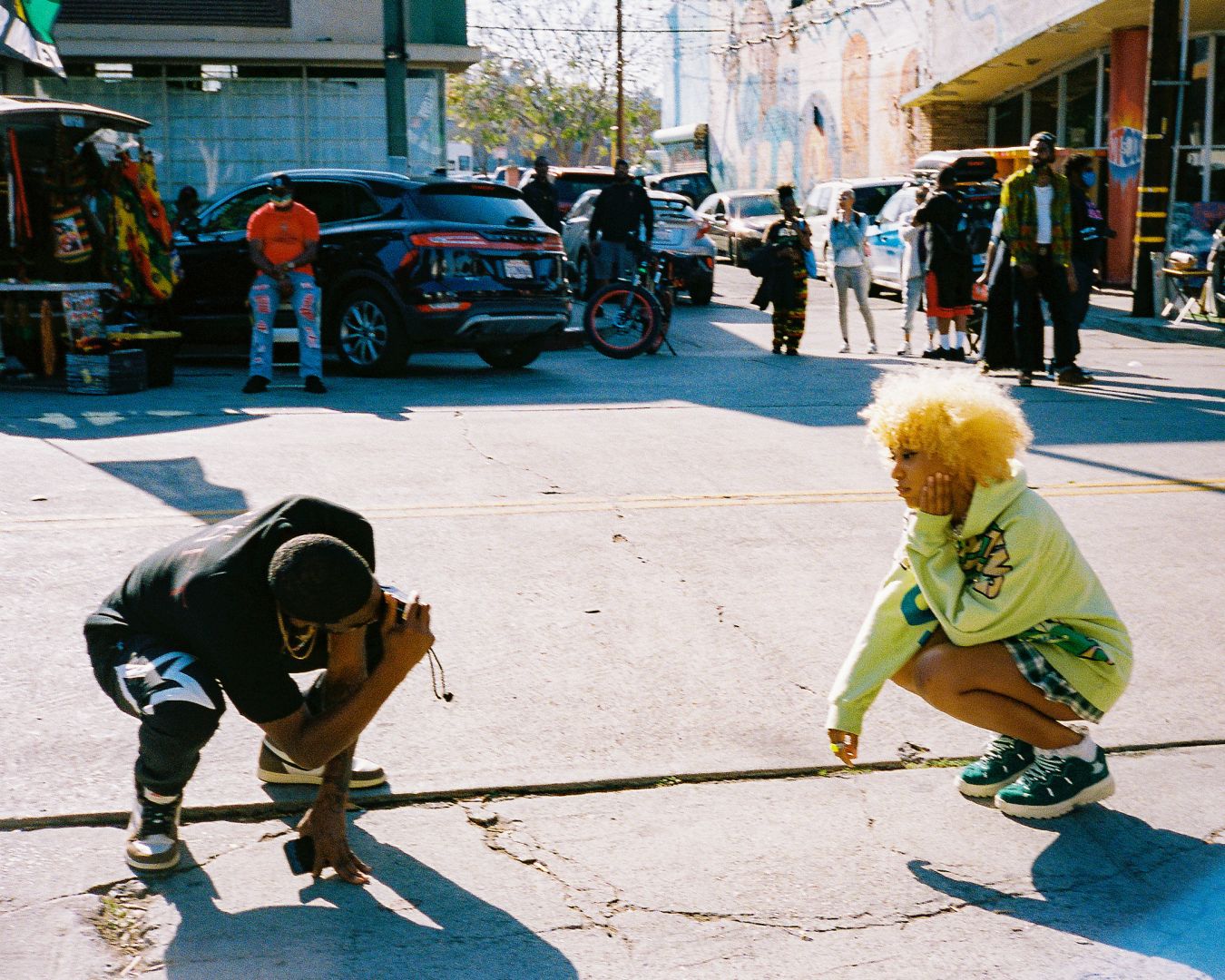 Who else deserves some credit and recognition?
My family has been a big part of my success for the simple fact that I don’t want to let them down and making them the proudest they can be of me is my mission. My baby sis (Ananda), my brothers Dante & Davonte, my dad, my mom and step dad. We’ve all come a long way to make a better life for ourselves and each other as a whole, the struggles coming up in the 90’s all the way up to now. We are a resilient bunch and we do others.