We had the good fortune of connecting with Aaron Alpert and we’ve shared our conversation below.

Hi Aaron, we’d love to hear more about how you thought about starting your own business?
Two of my favorite things are film experiments and connecting with new and interesting people. I wanted to find a way to combine my passions and create something for others like me. After a brainstorming session with a friend, I walked away with the concept for my new YouTube channel series: ‘Film Experiments with Friends’. Each episode, I conduct a photoshoot and interview with a friend of mine, all while trying out a unique film experiment. It’s challenging to wear so many hats at once, but that’s a lot of the fun for me.

Oftentimes, I don’t even know if the experiment will work. In the first episode, I was testing a unique type of slide film with a point-and-shoot camera. Basically the film isn’t usually used in an automatic camera like mine, but I was curious to see what would happen.

I’ve already filmed several new episodes and look forward to releasing them soon. I don’t know where this is going to take me, but I’m enjoying the ride. 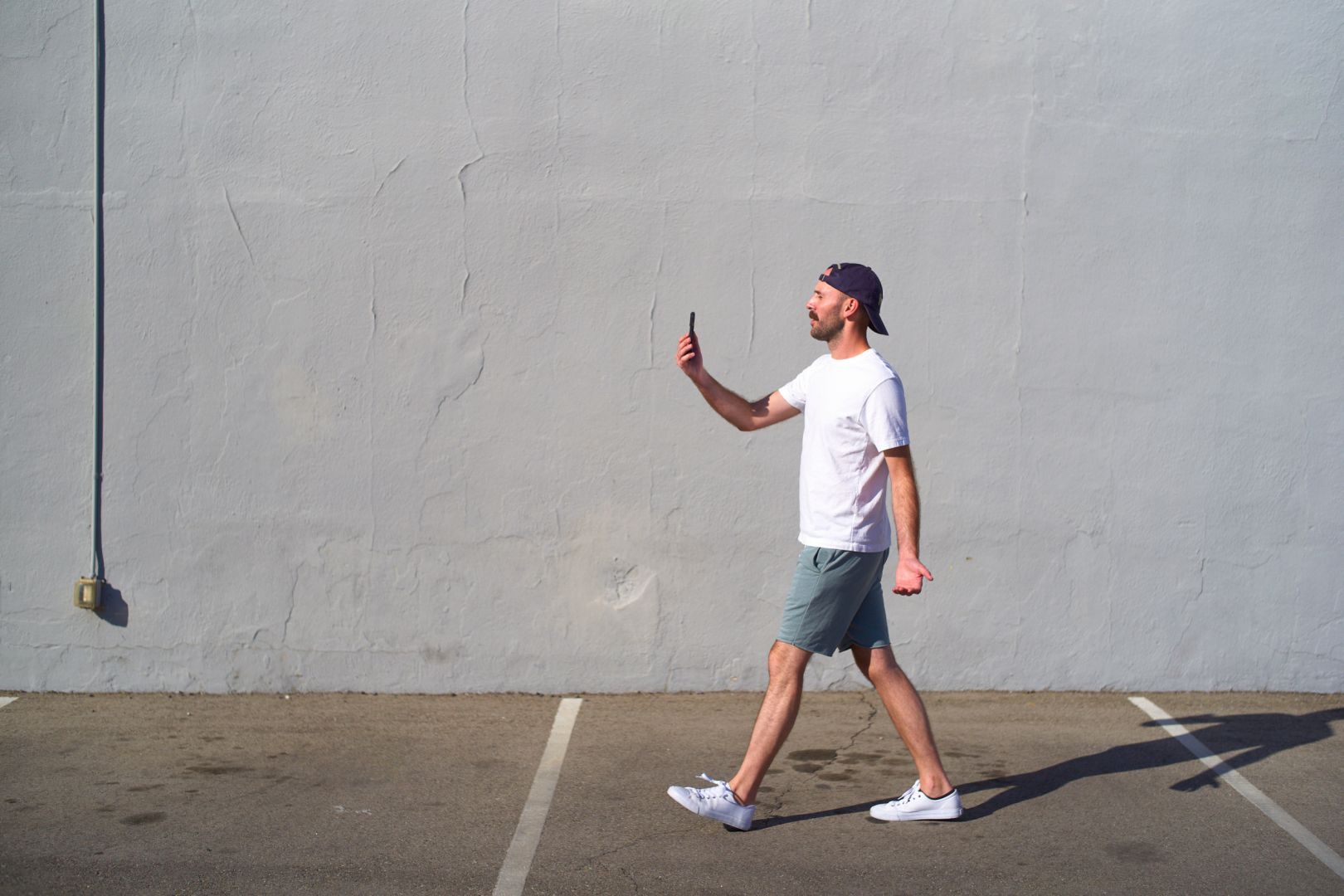 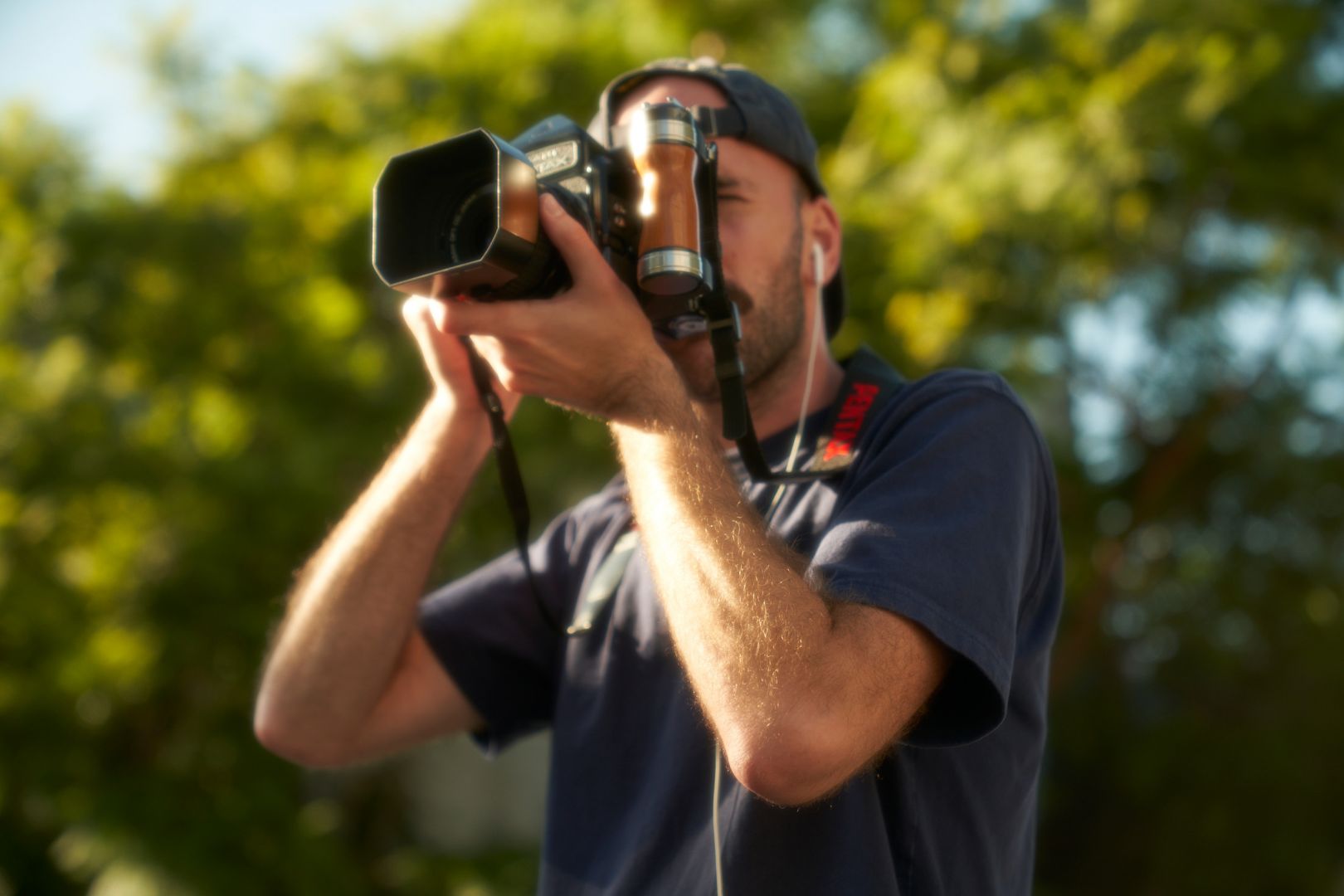 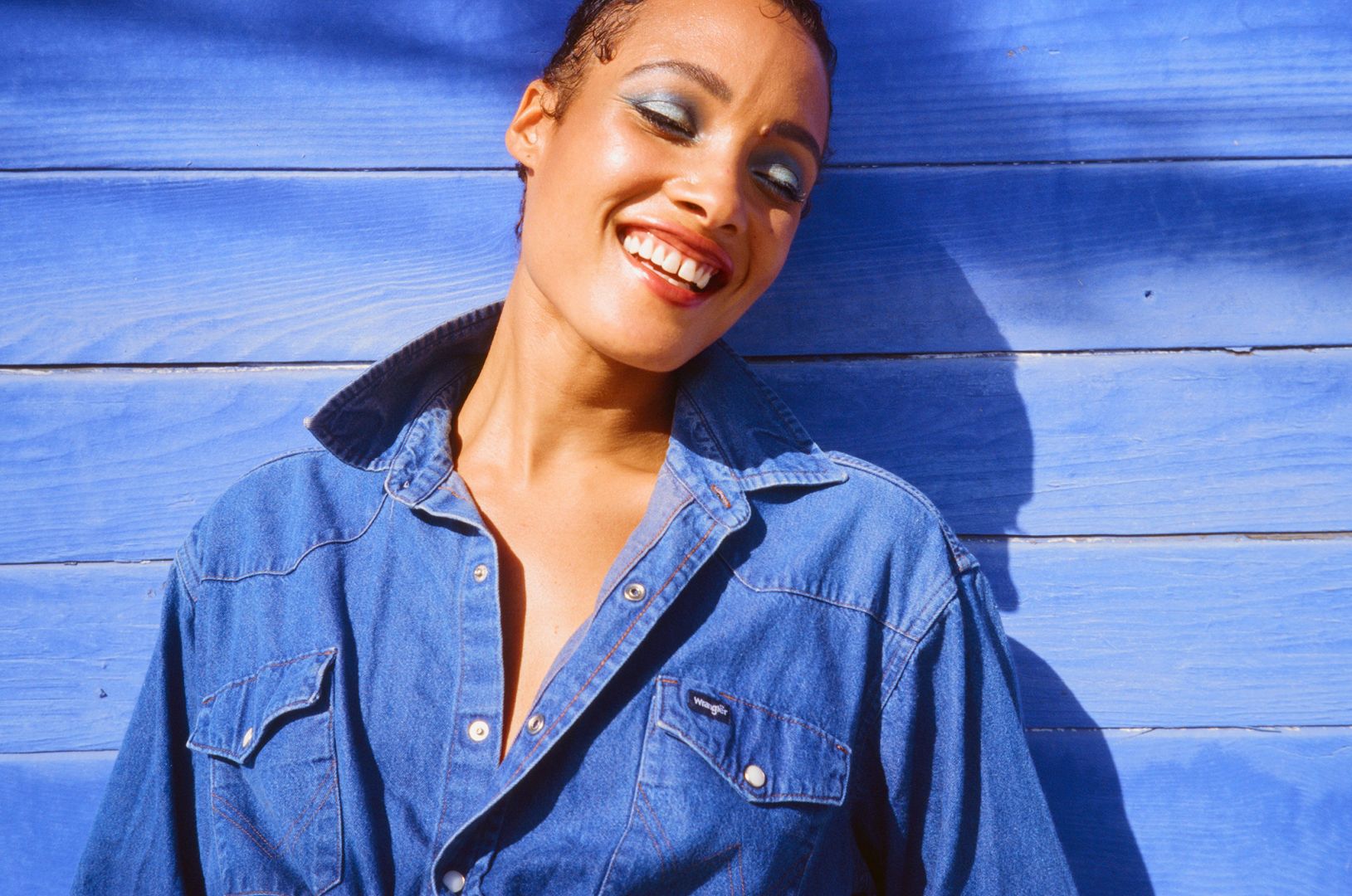 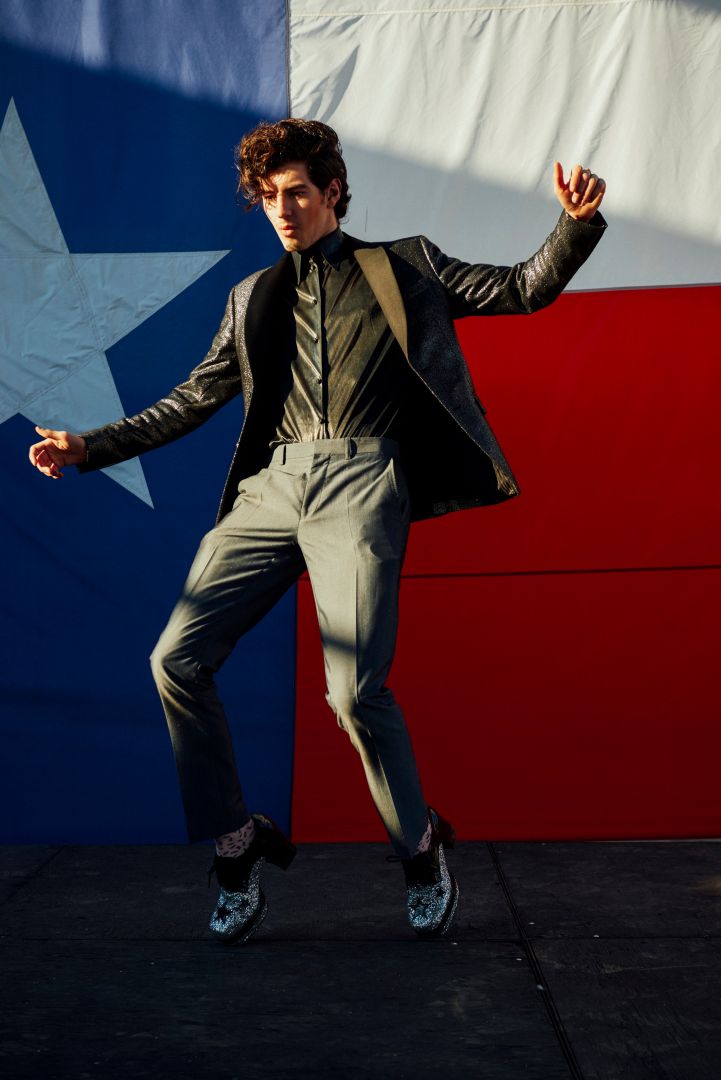 Can you open up a bit about your work and career? We’re big fans and we’d love for our community to learn more about your work.
I’m most proud of my mindset. After all these years, I’ve never given up on my self expression and belief in my vision. A few years back when I was 26, my Dad became ill and died of kidney cancer. His death and that experience really impacted me. It reinforced the fragility of life and how little time we have on this planet. Even though his death was a tragedy for me and my family, it has also been a complicated gift in disguise. It taught me that playing it too safe isn’t always the best option and that taking on calculated risk is essential to success. Risk in fact has taken me to the next chapter in my career, specifically moving from behind the camera to right in front of it.

I think one of my biggest challenges has been figuring out how to get my creative projects in front of more people. Up until the last year and a half, I wasn’t really sure how to do that. I didn’t really have an answer to this conundrum until I met my buddy Jesse Lacy, who happens to be a talented musician and digital marketing strategist. Jesse has a knack for breaking down abstract problems to their simplest core. Simply put, he saw that my art was interesting, unique, and well crafted. However, he also saw that I’d neglected to give context to why I was making it for my audience. Once I understood that concept it all made sense to me and I’ve decided to run with that.

I’ve now gone full in on building an audience using YouTube, Instagram & TikTok. These platforms help me give context to what I create. Now instead of expecting people to just understand what my art is supposed to be, I’m able to show them how and why I create the art I create. Now I’m able to connect with my audience on a deeper, more personal level. This shift in thinking has really been a game changer for me and has opened up a lot of possibilities. I’m really excited to see where this adventure takes me!

Let’s say your best friend was visiting the area and you wanted to show them the best time ever. Where would you take them? Give us a little itinerary – say it was a week long trip, where would you eat, drink, visit, hang out, etc.
After picking them up from LAX in my 2013 Kia Soul, I’d immediately take them to the celebrity hang out spot “In & Out Burger”. It’s kind of a classic welcome to LA thing to do, a bit basic, but an essential experience nonetheless (I’ve been spoiled living here for the past 8 years). After that I’d take a hard right all the way down the 10 freeway to the eastside of LA. While driving, I’d explain to them that yes the westside is beautiful with it’s ocean breezes, beaches and endless corporatized emmenties, but where they really want to go is the Eastside where I live, with the hipsters, artists and the more artizan corporatized amenities.

Once we arrived there, I would take them out for an evening of bar hopping in Highland Park. Probably stop off at “The Goldline” (a japanese style record bar) and probably the hippest bar in LA at the moment. The next day, I would take them out to “Point Dume”, where they’ll have an “ah ha” moment and decide that they want to move to LA. On the return trip, we would drive down the PCH and stop at “Reel In” to grab some fresh fish and continue on down to the Westside, showing them what they had missed the first day. Somewhere in the middle of the week I would take them cruising down Sunset Blvd through the Eastside into Hollywood, West Hollywood etc. Then I’d take them up to Mulholland Drive between the 101 and the 405 to see the epic homes and views of the city.

If we had time, I’d do my darndest to find a cool underground music show, perhaps something synth based. That said, I’m not really sure what’s going on in that music scene these days because of covid. If we found a spot and ended our night late, I would finish off the evening by taking them to one of my favorite taco trucks here in LA “Viva Taco Azteca” or “Fred 62 Diner” in East Hollywood. The next morning, they’d board their return flight home dreaming and wishing they could stay longer. 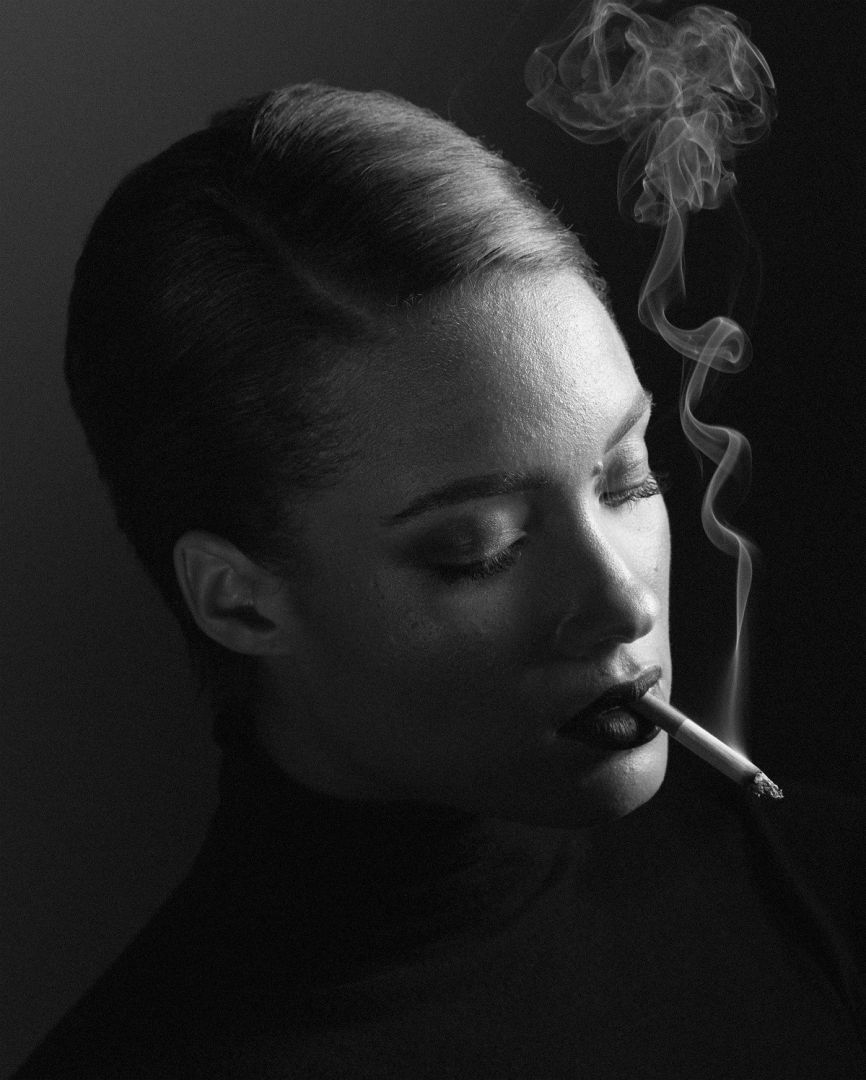 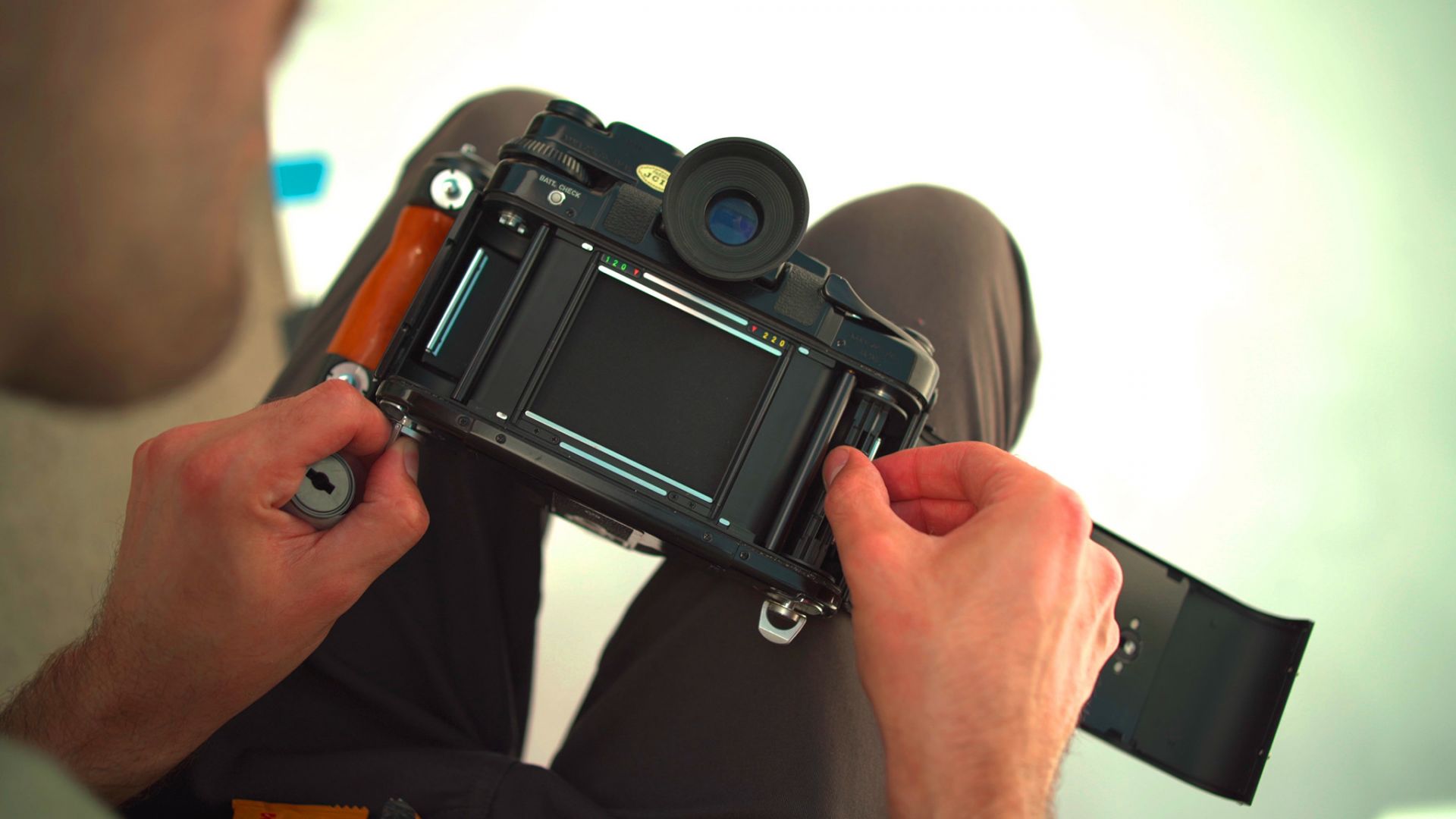 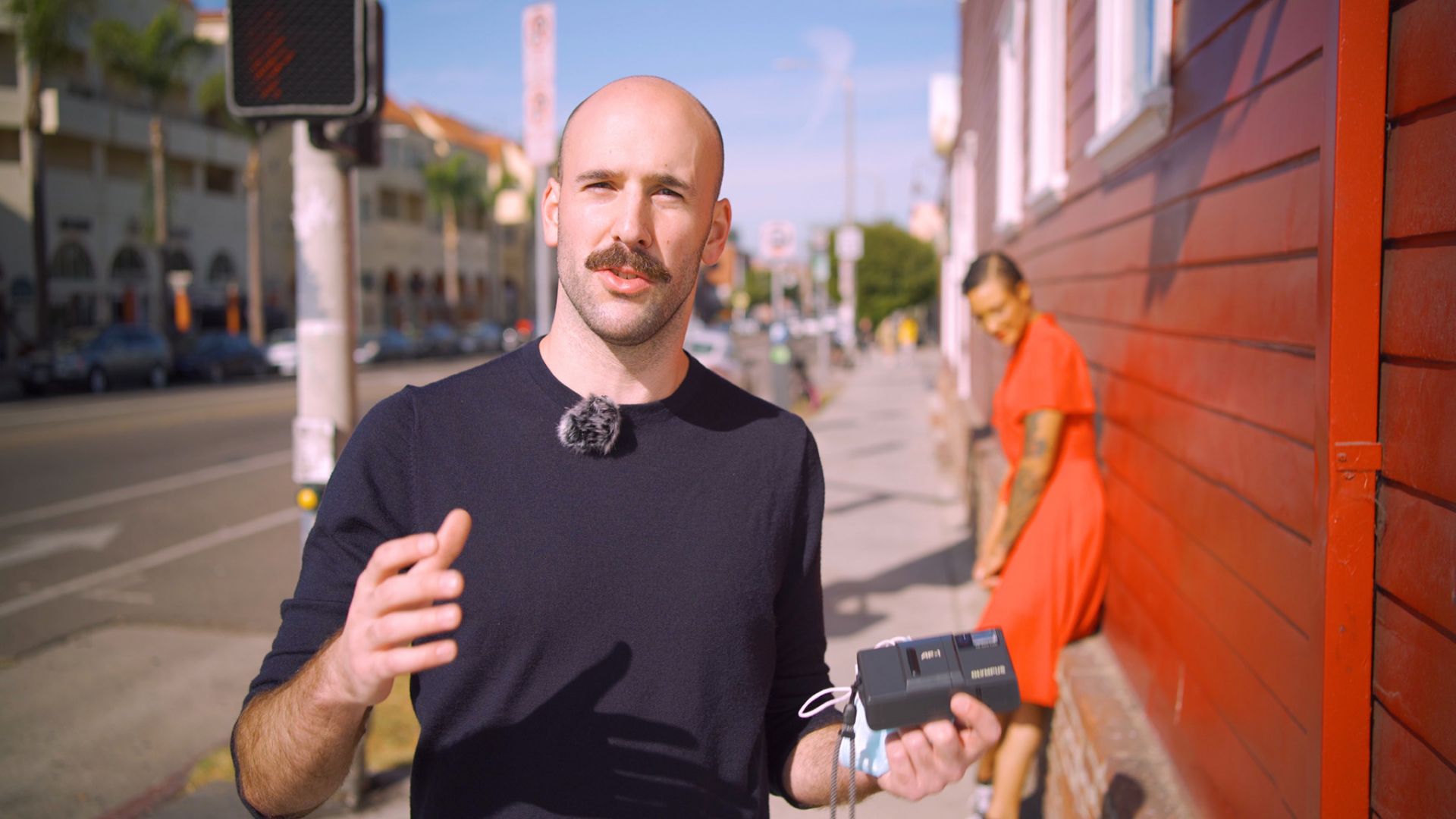 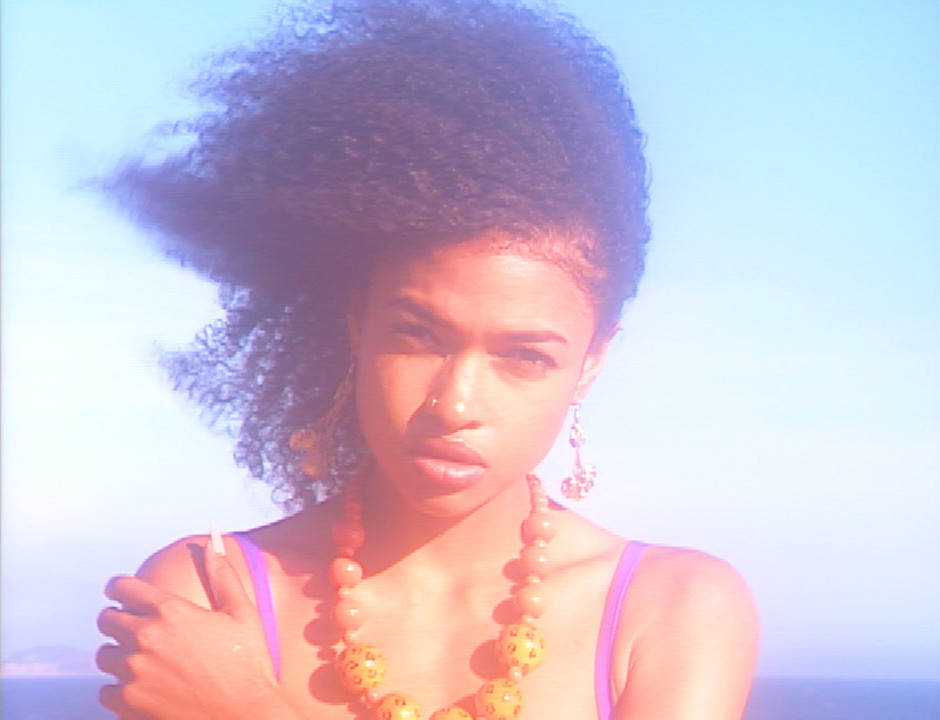 The Shoutout series is all about recognizing that our success and where we are in life is at least somewhat thanks to the efforts, support, mentorship, love and encouragement of others. So is there someone that you want to dedicate your shoutout to?
This is a hard question to answer because there have been so many people and factors that have led me to my success thus far. My core shoutout would have to go to my family for always being supportive and excited for me to explore and figure out my place in Los Angeles. Also, this is kind of a funny one, wanna give a shoutout to my 6th grade teacher Mr. Able. Back when I was his student he decided to show our class an experimental tone poem film called “Koyaanisqatsi”. Most of the kids in my class were bored to tears, but I found it awe inspiring. This film truly changed my perspective on filmmaking, showing me that films could be more than just a traditional narrative storyline with characters. Koyaanisqatsi has no dialogue or characters but tells a poetic story through stunning visuals accompanied by a powerful soundtrack scored by Philip Glass.

Another big shoutout would be to Industrial Color & Smashbox Studios. In my 6 years working there, I’ve learned everything about professional photo equipment, as well as the best methodologies and techniques from the pros in the commercial photo industry. It’s proven to be a huge advantage to me, as I’ve developed my own visual style. With these skills, I’ve been able to produce my own independent projects with little to no budget, while capturing extremely high quality.

Other: My Skillshare Class: https://bit.ly/buyingyourfirstcamera