We had the good fortune of connecting with Aaron Doolittle and we’ve shared our conversation below.

Hi Aaron, we’d love to hear about how you approach risk and risk-taking
Most people think that risk taking results in one of two things. You either stick the landing and throw your arms up and instantly your life is changed forever. Or the alternative, you land face first, dragged across the gravel with two skinned knees and a shy new perspective. In fact I think risk taking is more common than people realize. We take a risk every time we speak out, or speak up, or speak at all. We want to be heard and we want to make a difference, but it’s not always to our advantage. The alternative is indicative of the expression Better to Remain Silent and Be Thought a Fool than to Speak and Remove All Doubt. Some people think this expression is a quote by Mark Twain, some people think it was Abraham Lincoln. It’s more likely that it is taken from the bible. And if you read this and think the bible is a controversial source to draw advice from… well… there you have it. I should have kept my mouth shut. Most of my life I felt inhibited not by a fear of failure but the fear of putting people off. I never kicked down any doors, I never demanded a meeting, I never shamelessly endorsed my work. And in a way I regret that. If I were to extend advice to anyone just starting off in a new business I would say do not wait your turn. Do not read the room. Do not wait to be discovered. There are too many other people who will shamelessly raise their hand before they know the answer. There are far too many game show contestants hitting the buzzer hoping the answer will come to them before they’re found out. What I’ve learned about our culture from government to movies to education is that you will be passed over if you are not the loudest voice in the room. If you do not take that risk everyday you are just sitting in a waiting room while your dreams hangout in the next room. This is not an advocacy for ignorance or bullying. If you are kind, if you are mindful, if you are true to yourself and you can keep all those things in mind and you can unleash the aggressive, competitive nature (we all have one), every risk you take will be well worth the leap. I’ve taken plenty of risks in my career. A lot of them were missteps. But they always made terrific stories. 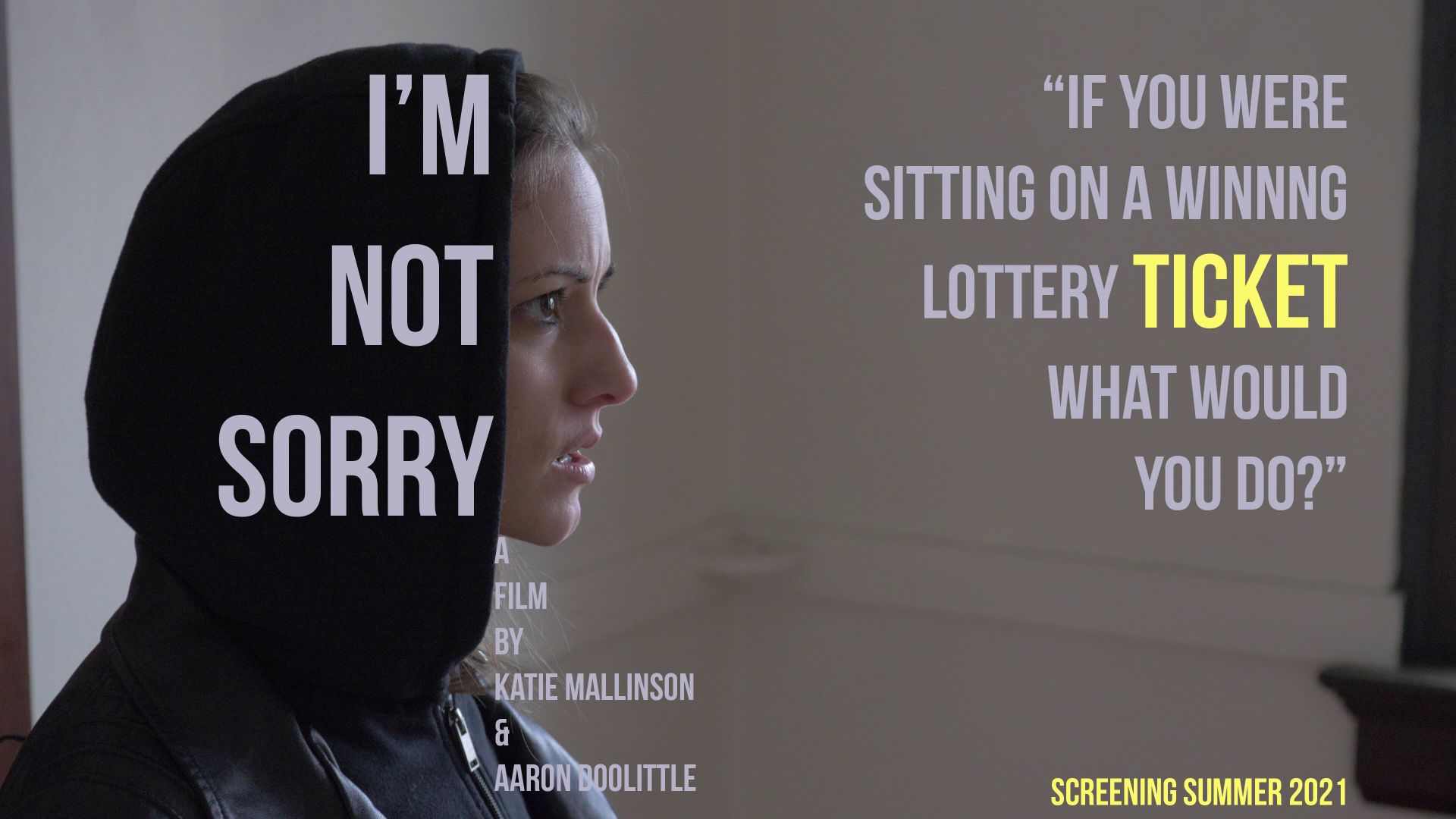 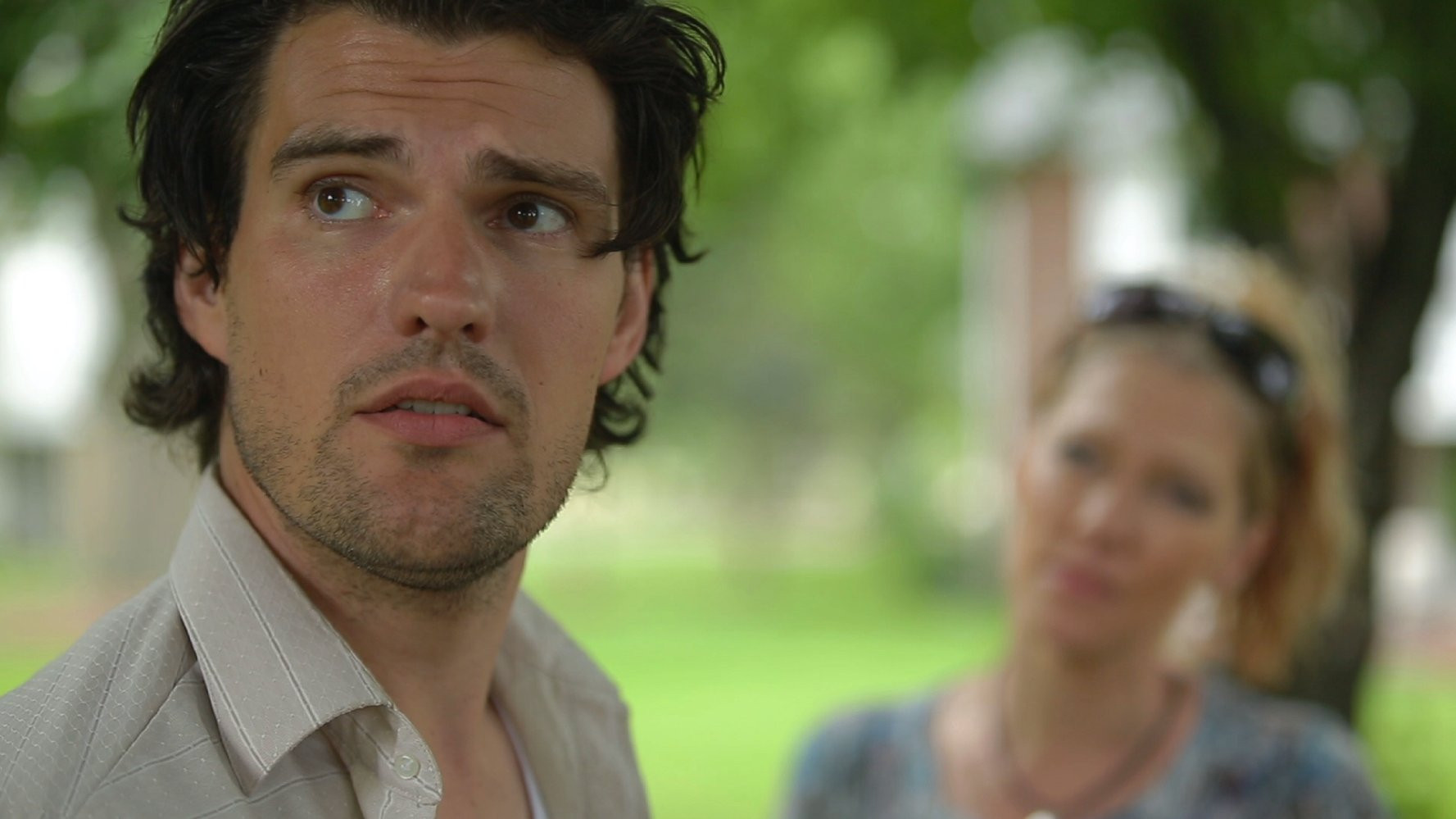 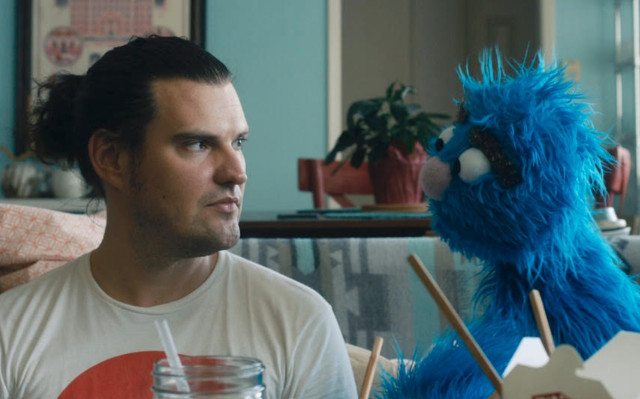 Let’s talk shop? Tell us more about your career, what can you share with our community?
As a child I started illustrating at a very young age. Some of it was featured in the local paper when I was in elementary school. Some of it even went on to the Olympics in china in 1988. When I was a teenager I became obsessed with films and wrote notebooks full of dialogue. I went to Niagara University to develop my abilities as a performer. Since then I have spent a year or so learning to direct, camera operate, edit, etc. The journey has been slow (near twenty years now) but I’m at a place where I can comfortably produce the stories that I want. I think that boom of streaming services has been a set back for a lot of filmmakers. Some people think the bigger the platforms the greater opportunity, but from what I’ve seen in the past few years is that a lot of filmmakers never breakout, a lot of filmmakers maintain their obscurity because of how much content is available. I’m proud of where I am now. Making films with the people I care about. Exploring themes that are fringe or taboo. Not everyone gets to do the thing they love doing without having to answer to a boss or a producer. That’s not to say I don’t enjoy working for a boss or producer, filmmaking is a collaborative medium as it should be. I’m grateful for paid work just as much as passion projects.

Let’s say your best friend was visiting the area and you wanted to show them the best time ever. Where would you take them? Give us a little itinerary – say it was a week long trip, where would you eat, drink, visit, hang out, etc.
If you were to visit Los Angeles for the first time I would pick you up at LAX and drive to Venice. We’d take in the freaks and artists and then go up to Santa Monica for lunch at Cha Cha Chicken. They have a BYOB policy so we’d bring a twelve pack and sit and eat jerk chicken wings till we have a pleasant buzz. We’d walk down to the shore and sleep it off in the sand. We’d go for happy hour at Killer Shrimp and fill up on their bowls of saucey shrimp and French bread. In the morning we’d be up for a hike at Franklin Canyon because its quiet and beautiful. We’d have lunch at Roy Choi’s Kogi truck and we’d probably finish the day off with a sunset at the Observatory. 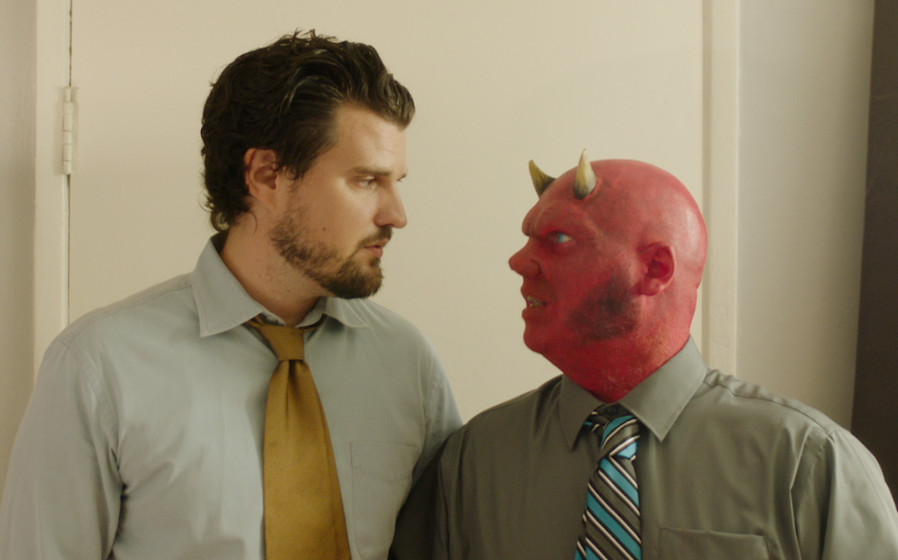 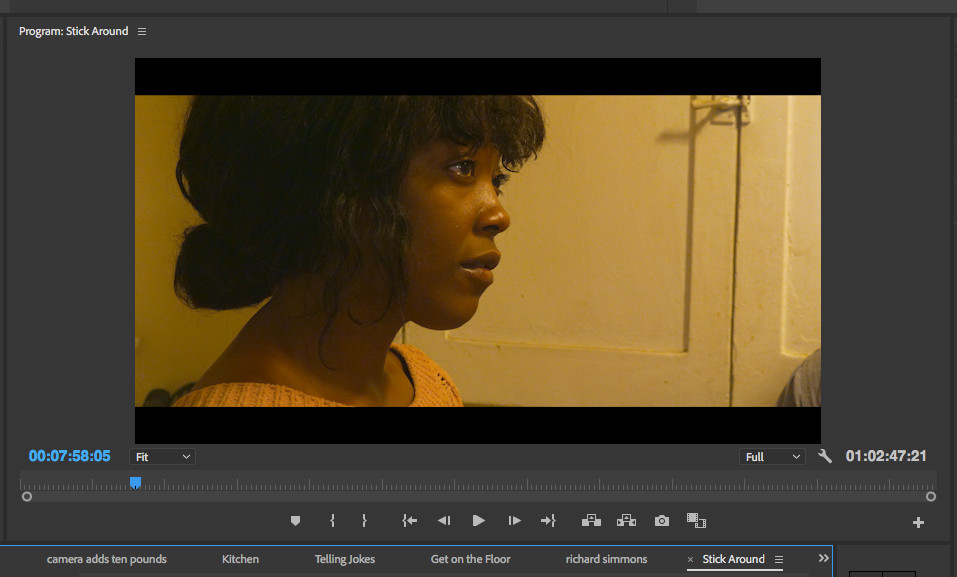 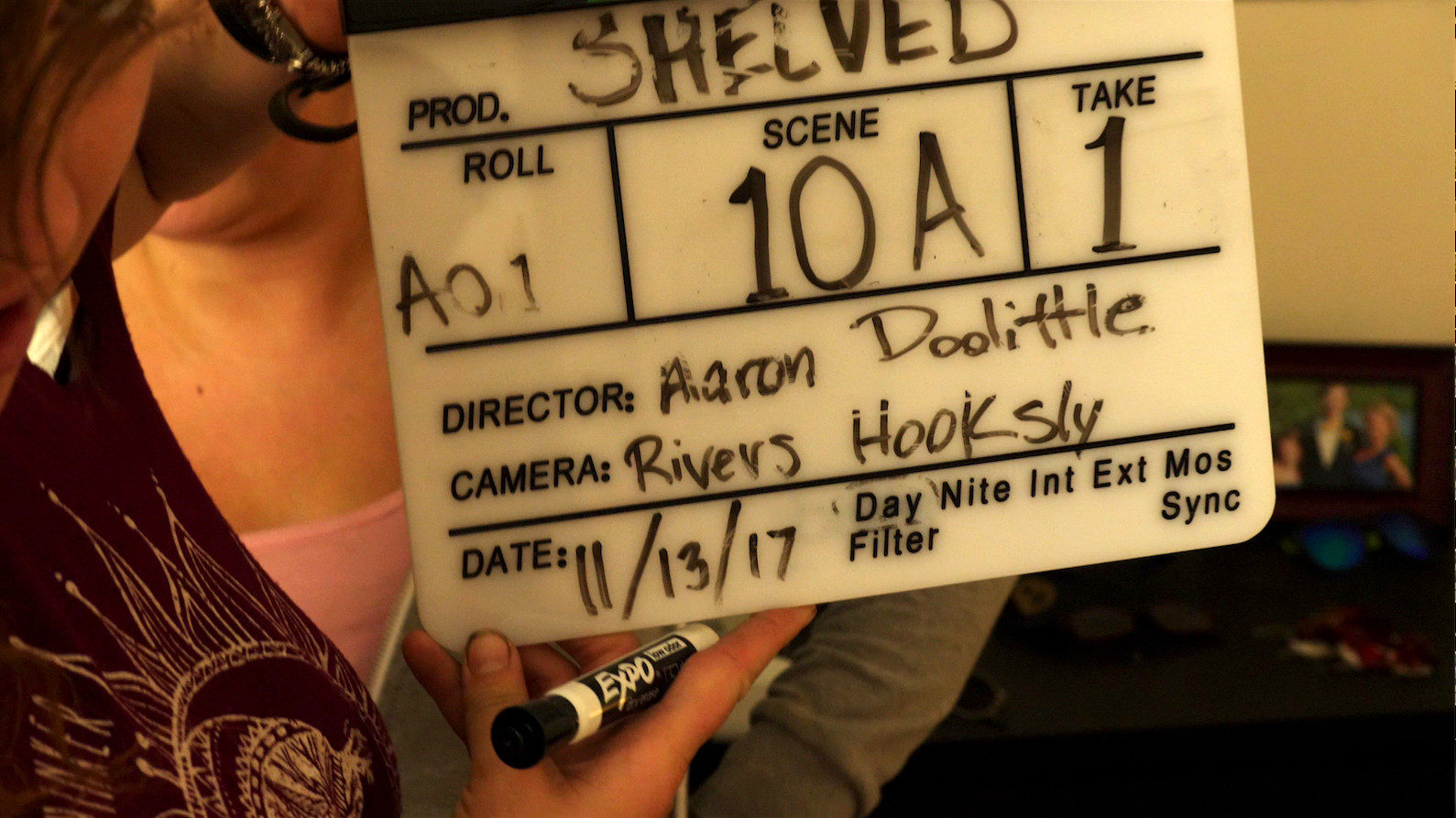 The Shoutout series is all about recognizing that our success and where we are in life is at least somewhat thanks to the efforts, support, mentorship, love and encouragement of others. So is there someone that you want to dedicate your shoutout to?
Barbara Iannarelli, my aunt, told me when I moved out to Los Angeles that she didn’t care if I ended up working in fast food, she just wanted me to be happy. From a very young age (before I could speak?) she took me to the movies every weekend. Her favorite story (one she’s told to every girlfriend I’ve ever dated) was that when I was a toddler at the theatre during Bambi I kept fidgeting in my seat. She asked me what I was doing and I shouted, “I’m playing with my penis.” Though she was mortified, the theatre was packed; after we had a conversation about where and when we paid attention to our bathing suit area. Once I made a joke about a character that was sinking into hot lava (I made my voice waver and say, I’m melting) and she looked over at me disappointed and said, “don’t ever make a joke about someone dying.” That stayed with me. Whether a movie is good or bad doesn’t change what is in good taste. There are hundreds of moments that she inspired me and she lifted me up that shaped the man I am today. The most important lesson she taught me was that from everyone we meet we can learn so much from. The most important thing I took from her lessons is to celebrate women. In a culture where men often overshadow women, its been my observation that the female experience is often the more present and the less bias and in general the all encompassing perspective.