We had the good fortune of connecting with Aaron Kai and we’ve shared our conversation below.

Hi Aaron, what led you to pursuing a creative path professionally?

There are two things I live and breathe for: painting art and watching movies. Both were rooted at age 3 when I would draw an image from a tv show or movie that I felt looked cool. At 9-years old I saw the film, THE FRENCH CONNECTION, during its theatrical release. I held onto my seat like a rollercoaster ride as I watched the famous high-speed chase scene of Gene Hackman’s character cop Popeye Doyle running red lights in a Pontiac LeMans in pursuit of an elevated subway train.

Later I was stopped in my tracks by a 1-sheet movie poster hanging in a theatre lobby of the Bruce Lee film, ENTER THE DRAGON. My jaw hit the floor and I thought to myself, “Someone got paid to paint that!” That poster was my calling and there was no going back. I started re-drawing the DRAGON poster and other film action posters referenced from tiny newspaper ads, giving them my own spin.

Fast forward.
I had a B.A. degree in my holster (via The College Of New Jersey) and no idea or guidance on exactly how to pursue creating art for major motion-picture posters. Back then (no internet), everyone would point to New York City as where to go to become a ‘famous artist’. So I hit the Empire State and fell into its New York City fashion industry. I was hired as a Full-Time Fashion Artist for Polo Ralph Lauren. Ditto for Calvin Klein, and many others. During my tenure in the industry, I developed and created my own line of custom hand-painted art on denim and leather jackets. When I wore my creations, people stopped me on the streets, in the subways, and traffic stopped with passengers yelling out, “WHERE’D YOU GET THAT JACKET???” Kai Artwear was born and I had turned it into a small business throughout the ’90s.

My Kai Artwear jackets were worn onstage with recording artists En Vogue on Saturday Night Live, and backstage with Sade on her 1993 Love Deluxe World Tour where she exclaimed my work as “Brilliant” before signing it: “To Aaron with my love, Sade x”. I still own the jacket. GQ magazine dubbed me as “Aaron Kai, the da Vinci of leather-jacket art”.

Yet, I wasn’t fully satisfied in my art career and still yearned for my Hollywood dream of painting movie posters. And I kept at it. Illustrating fashion from 9 to 5, then painting jackets and movie art in my home studio nightly until 2-3am. Wake the next day 7am, rinse, repeat. My co-workers at Polo would sometimes ask how could I do art all night after doing it all day? The night belonged to my art, not Ralph Lauren’s. And mainly because… I loved it.

From a connection through a friend of a friend who had a cousin married to a friend of a… etc., etc., I had received a phone call from Stan Winston Studios. The late Stan Winston himself had seen a photo of my artwear -a painted biker jacket I created of the sci-fi action thriller, ALIENS, which garnered him the Academy Award for Best Visual Effects. Stan was interested in seeing my jacket and my artwork in person. I flew 3,000 miles for one interview with him. This was my shot! As I had waited in the lobby of Stan Winston Studios, I remember feeling like Charlie Sheen about to meet Gordon Gekko in the movie WALL STREET. Especially when the Executive Secretary walked up and said: “Mr. Winston will see you now. You have 5 minutes”. I was so nervous as I followed her upstairs into a huge office. Oscars and Emmy Awards lined up behind a huge desk of Mr. Winston himself. Wearing a white polo shirt, jeans, and sneakers, he cheerfully greeted me with a “Hello! Call me Stan.” Honored and still nervous, I had my ALIENS jacket on and opened the huge portfolio case of my artwork. Stan loved my works, but couldn’t offer me a job since 1. I didn’t live in Los Angeles. And 2. Stan wasn’t necessarily hiring Full-Time. He kept me in mind and later, wrote me a cool letter of recommendation. I was referred to and had been interviewed by several other FX studios throughout SoCal, including an affiliate at Universal who had brought me directly into the CEO’s office immediately after seeing my art. Six interviews altogether and still, no job offer.

I knew only one thing: I HAD to move to L.A.. Somehow. 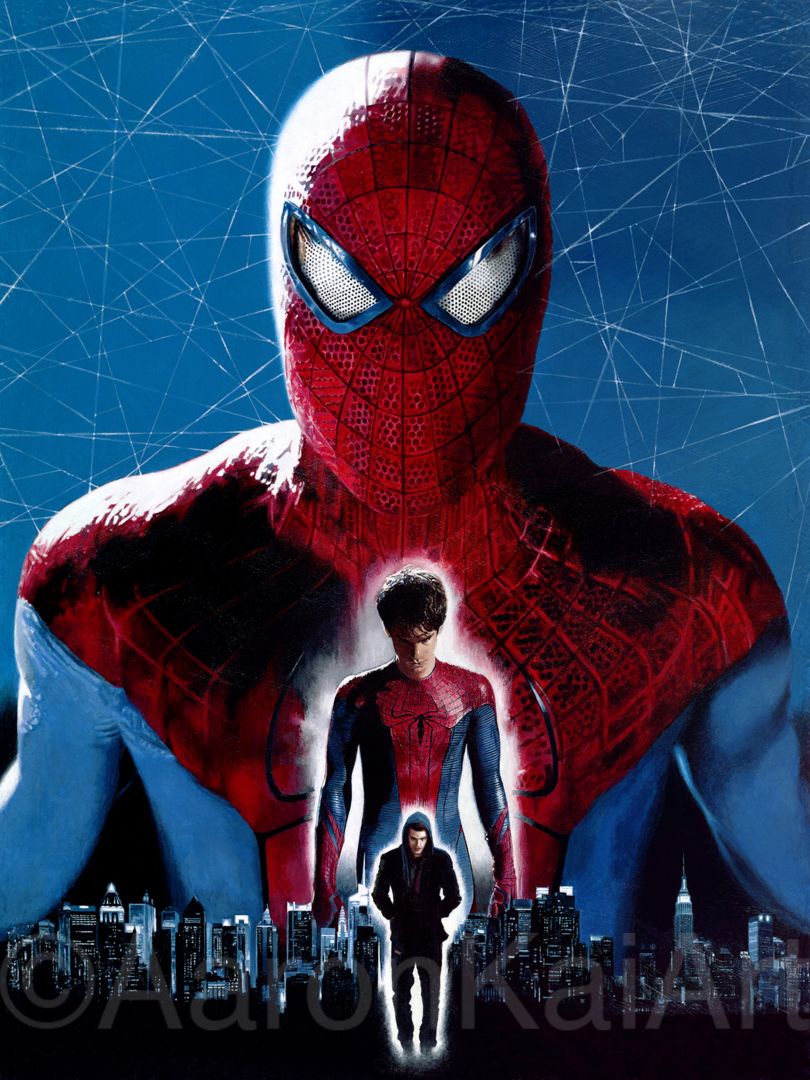 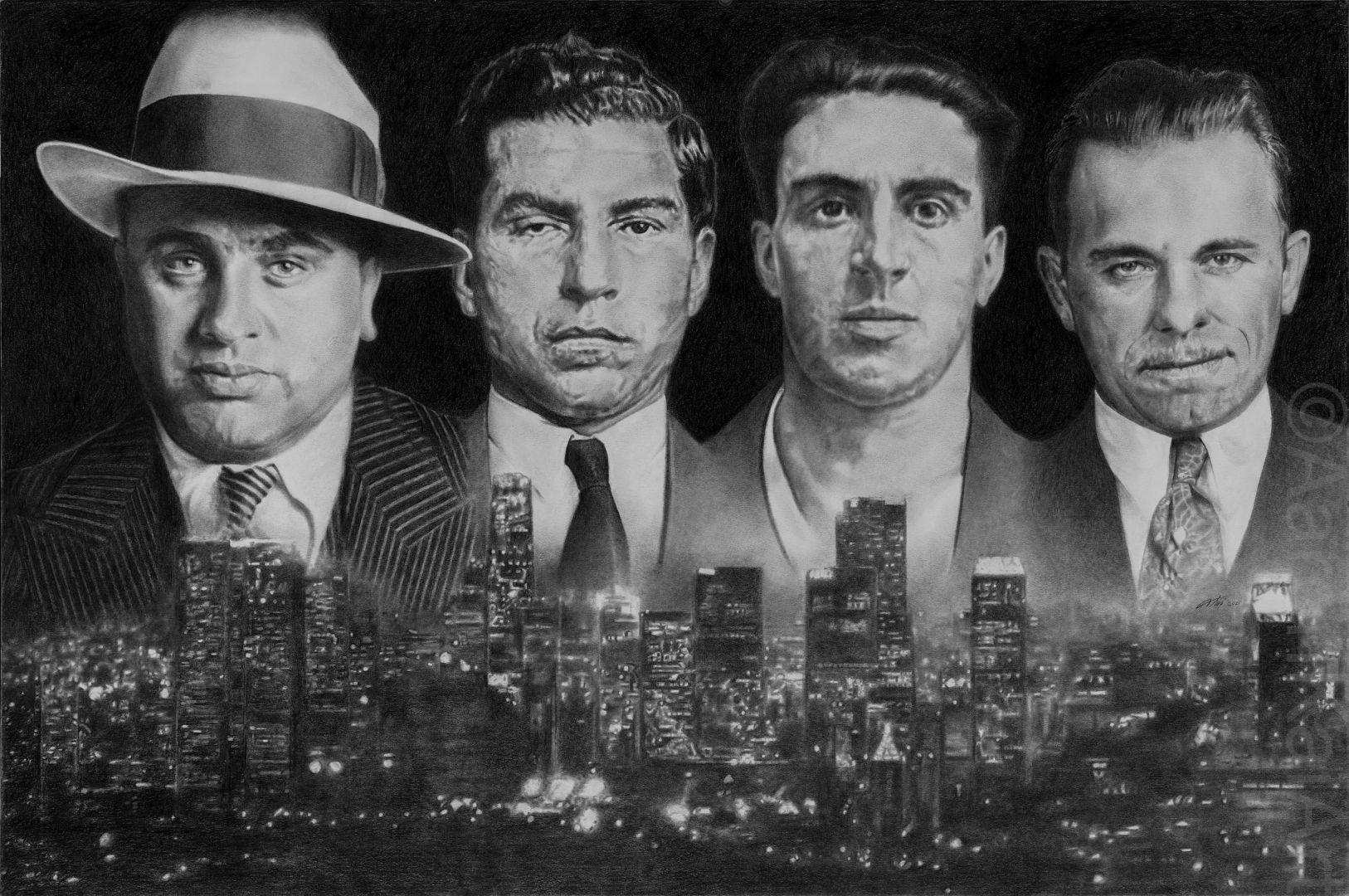 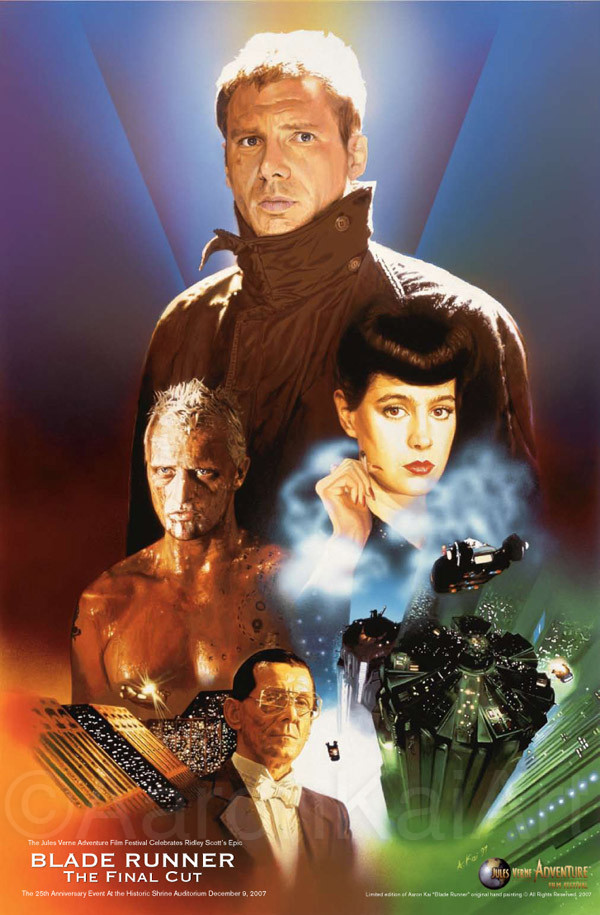 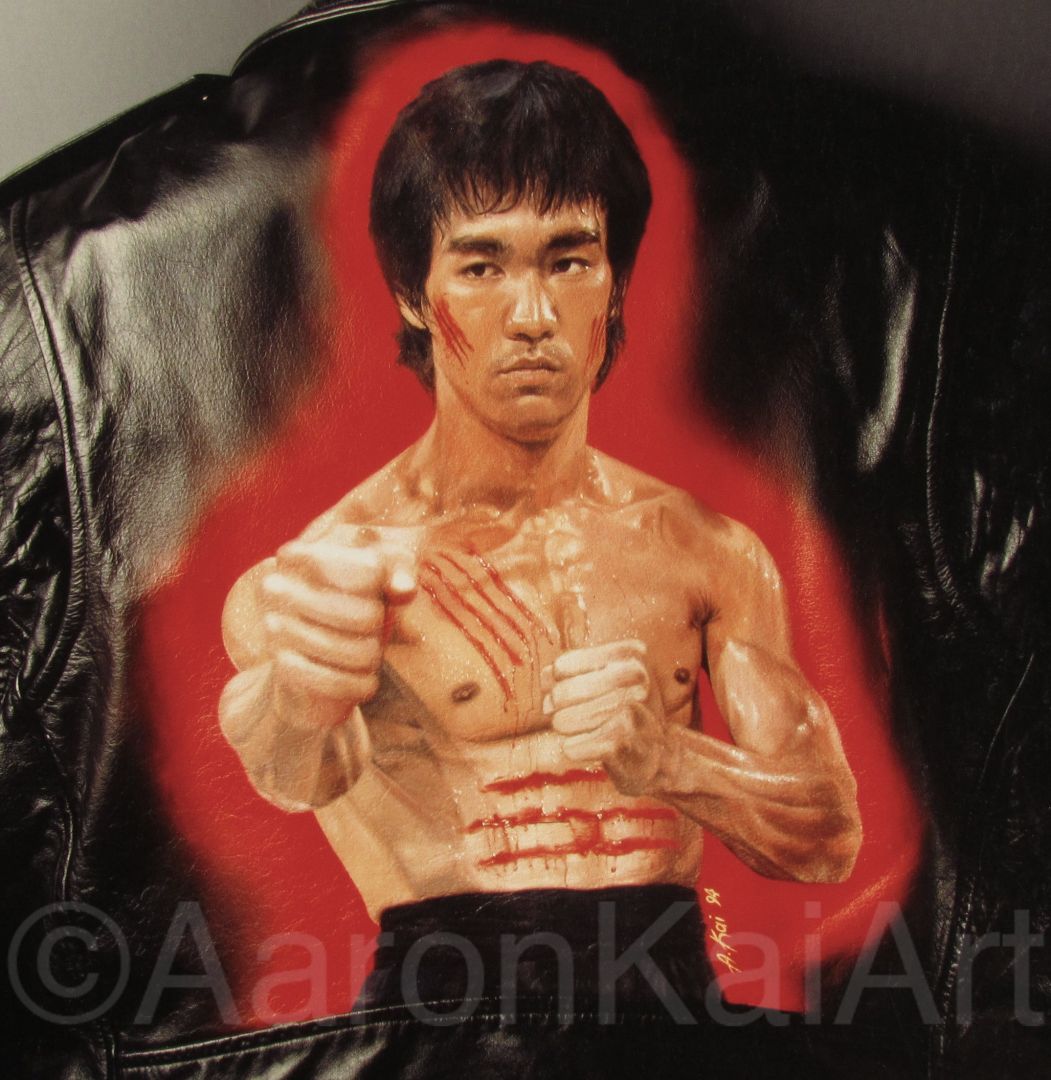 My art is Hyperrealism. I create fine art in hand-rendered detail of movies and pop-culture genre, with an edge. When I begin a painting, I set out to capture iconic moments that will make viewers feel and remember those films that moved us. Whether it’s a collage or a standalone composition, I deliver my own brand of storytelling through my paintbrushes. Accomplishing this takes painstaking patience. I work in acrylic and oil to blend stories of explosive action and keep it flowing onto an illustration board or a canvas. Look closely and you will notice the detailed workmanship in my art.

This ability I have to make a painting come to life is (like Spider-Man) my gift and my curse because most viewers do not believe my paintings are all hand-rendered. Seriously. An acrylic painting I created titled, LEGEND OF BLADE RUNNER, had been disqualified from a national art competition by the owner and curators of New York City’s prestigious Alexander Gallery — they mistook it for a photograph, claiming it looked “too real” to be hand-painted. That was in 1998.

Fast forward to 2007.
That same painting became the artwork for the 25th Anniversary celebration of the sci-fi motion picture, BLADE RUNNER: The Final Cut, at the Jules Verne Film Festival in Hollywood, CA.

Prior to that fate, finding gallery representation for my work in the 90’s was frustrating and I had no exhibit credentials or agent. Phones clicked and doors slammed. I had even resorted to painting a whole other subject matter to fit a trend that was then, booming in the art market. Investing much money and many years of time, it turned out to be one of the biggest mistakes in my art career. What I was trying to create outside was not who I was inside. From then on, I’ve lived by my motto: “Create who you are”. Who am I? I am art and I am movies. I paint the movies. Not just any movie, but badass movies. They inspire and excite me to create cool art and be a cool actor.

Yes, I am a working actor.

I have been in over a dozen films that are currently streaming (including an Anthrax music video) where I’ve played various roles from a bank robber (THE LINCOLN), to a hitchhiker (VALENTINE DAYZ) and a kung fu zombie (CABARET OF THE DEAD). I have also acted in a film with the late-Peter Bogdanovich (LOS ANGELES OVERNIGHT). Just released is a new film I am appearing in: THE SECOND AGE OF AQUARIUS, a rock & roll sci-fi comedy written and directed by Staci Layne Wilson (CABARET OF THE DEAD) with 60’s-inspired music written by Darren Gordon Smith (REPO: THE GENETIC OPERA). It is now available on Amazon Prime, iTunes/AppleTV, Vudu, and YouTube.

The ultimate role goal in my crosshairs is to play a James Bond Villain. Barbara Broccoli: if you’re reading this, call me!

Currently, a documentary is being filmed on my art titled, IMPOSSIBLE: ART, directed by Phillip Wayne Stephens (SIDES). It tells the true story of my life’s journey with many successes and some failures, true accomplishments and real struggles, but never giving up with the determination of becoming a world-renowned Artist. I would like audiences after viewing my story to leave remembering that it’s never too late to live your dream. I’ve learned that it took all kinds of hard work in not just the art field, but anywhere to get me closer to reaching mine. I came from a loving family who believed in hard work ethics. They taught me that you do whatever it takes… and I’ve done life-risking work (the Thomas fires in Montecito, CA) to keep my dream alive. Today, I can attest to living it with my artworks exhibited in art galleries, movie theater galleries, and homes throughout the U.S., the U.K., the Down Under, and yes, Hollywood.

I am also privileged to have celebrity Private Collectors of my art that include:

To have experienced some of the unforgettable moments I have lived that most would dream of is humbling. From BLADE RUNNER actress Sean Young introducing me to actor Malcolm McDowell to TITANIC director James Cameron praising and signing my ALIENS artwear in front of a packed theater audience. Walking numerous Red Carpets at Hollywood events and landmarks such as the Playboy Mansion, with Hef’s Bunnies surrounding my arms. (Brace for the shameless name-dropping) Drinking with Quentin Tarantino at Eddie Murphy’s birthday party. Sitting and chatting with Sharon Stone at dinner party. Making Tony Curtis (Jamie Lee Curtis’ dad) laugh out loud. Partying with a Bond Girl in Malibu. Being with the late-Rockstar Don Wilson of The Ventures in his entourage. Getting a big bear hug from director Guillermo Del Toro. Befriending and working with numerous world-renowned directors, actors, and producers whom I can call “family”. Meeting Bruce Lee’s daughter, Shannon, and sitting with legendary film and tv composer, Lalo Schifrin, as we both hummed in unisonance to the theme he created for… ENTER THE DRAGON.

Guess I came full circle from that poster. 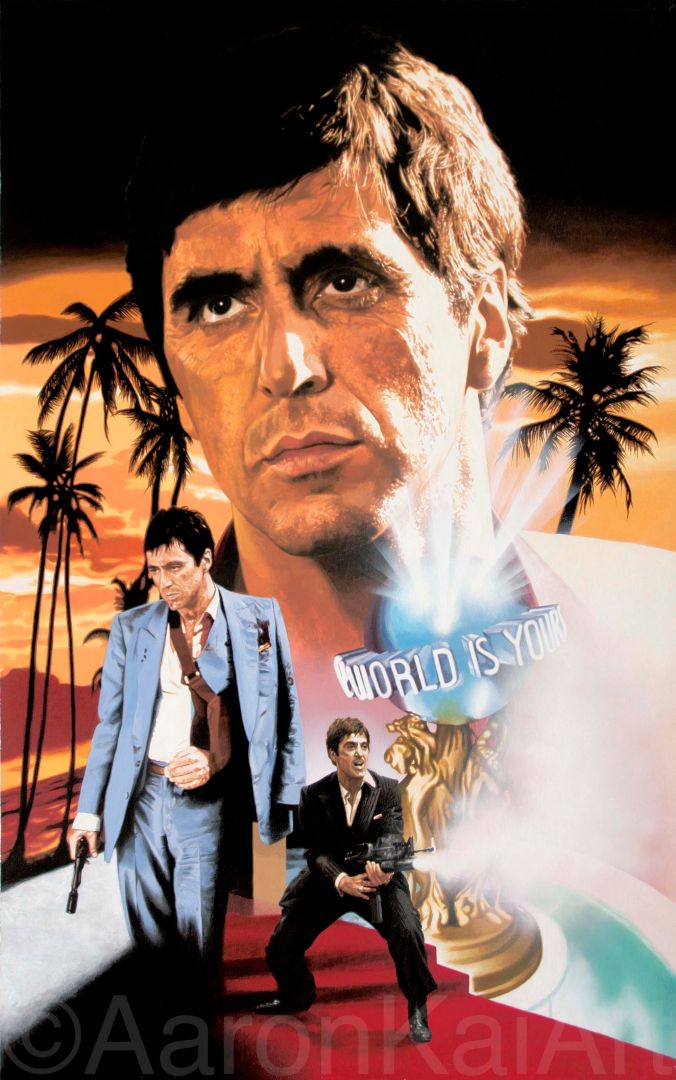 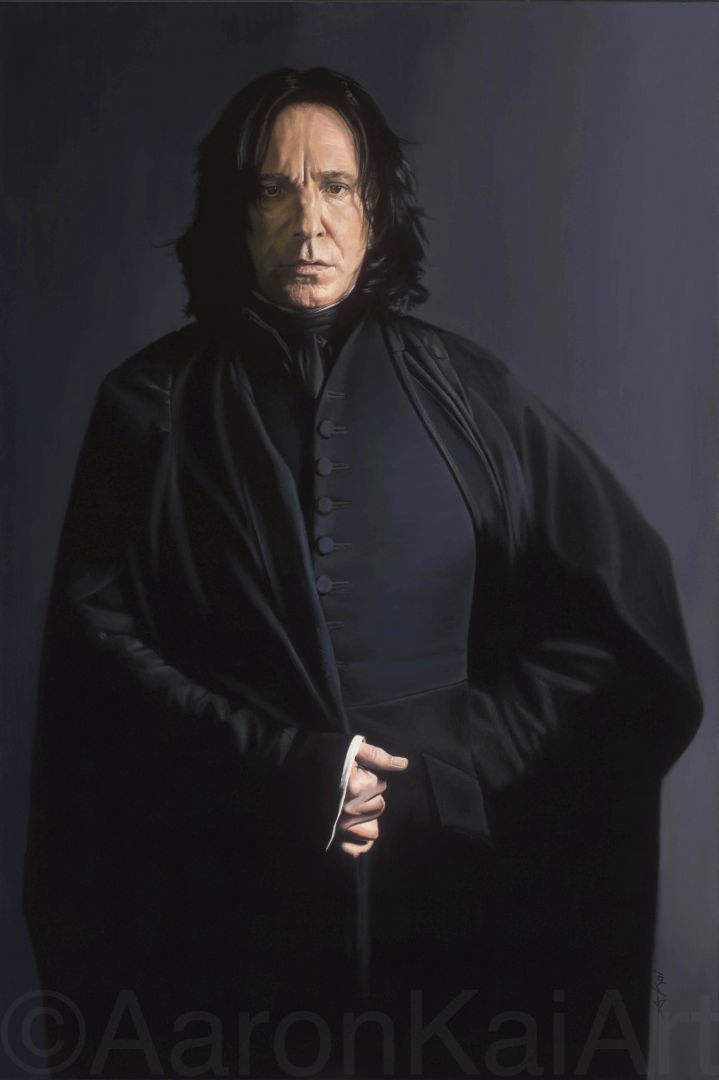 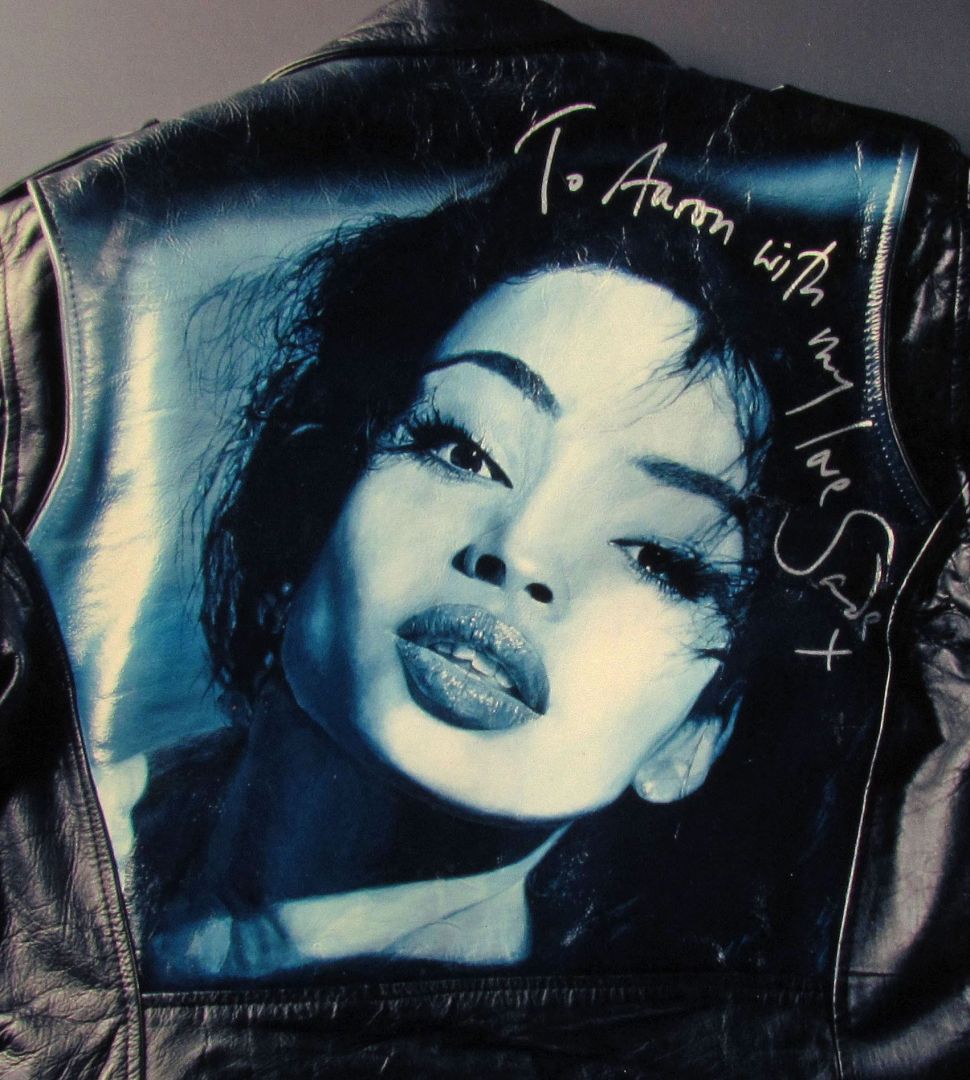 BOARDNERS. Cool speakeasy setting. Great bar and spacious booths. They have delish Mac n’ cheese that I dare anyone to try and eat the entire bowl in one sitting. Plus, they’re connected to the next door nightclub Bar Sinister. Wear all black for easier entry into Sinister.

EGYPTIAN THEATER. Landmark beyond Hollywood Landmarks that hosts all kinds of film festivals, reunions and events. A great place for visitors, movie geeks, and cinephiles alike. There’s nothing like seeing some of your favorite movies -new and classic- on the big screen. You’re more than likely to spot a celeb or two frequenting there, including Joe Dante (Gremlins) and John Landis (Coming To America).

CLOAK AND DAGGER. For something alternative, this underground goth-flavored speakeasy is a cool spot that not many know of. If you’re not a member, find one who is. They can get you in. And it’ll be an experience.

PINK’S Hot Dogs. At this staple of Hollywood there’s always a line, but it’s worth it. I recommend the Pastrami Dog and fries! Avoid the line by going early afternoon Mondays and Tuesdays. 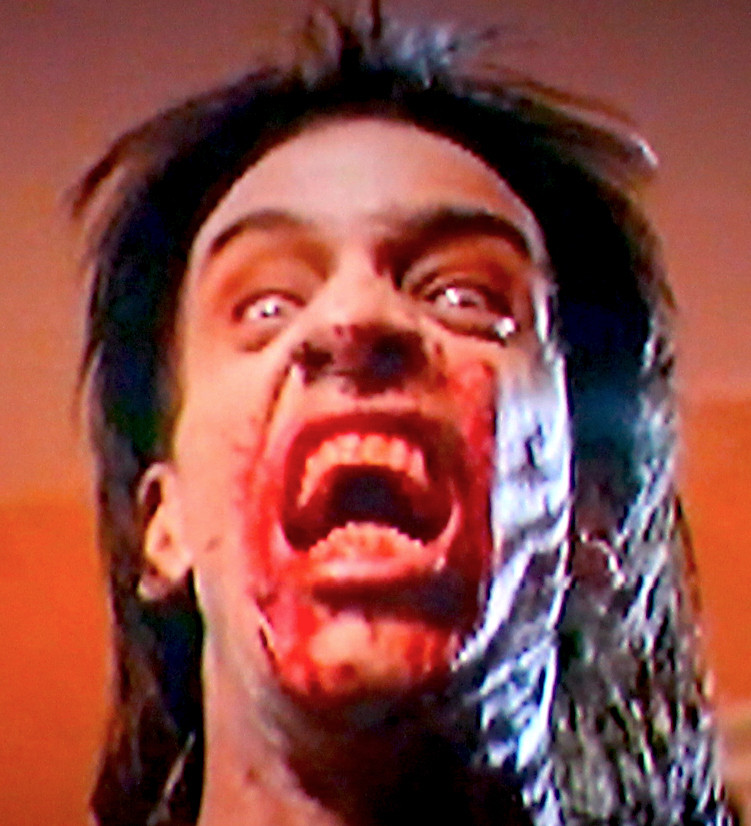 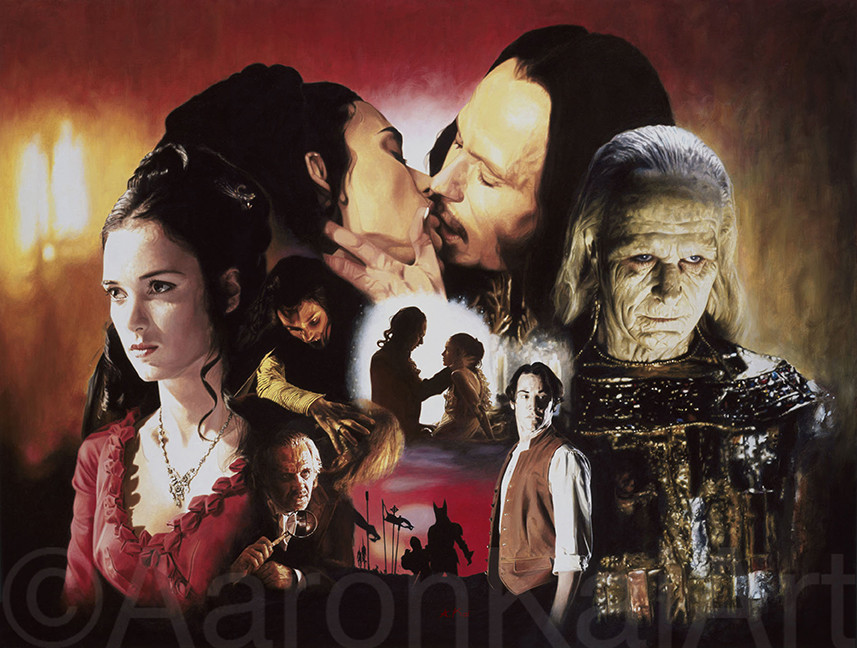 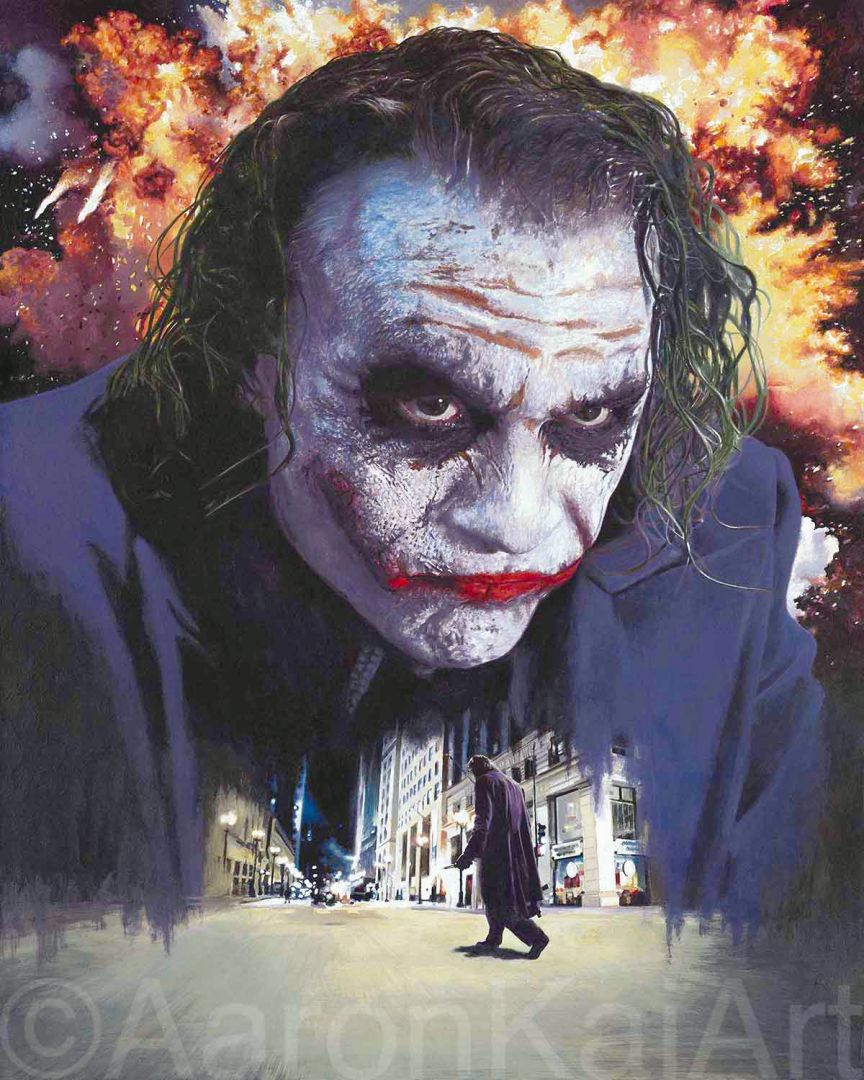 Who else deserves some credit and recognition?
My high school art teacher, Frank Guberbnat. He’s the Mickey to my Rocky Balboa. 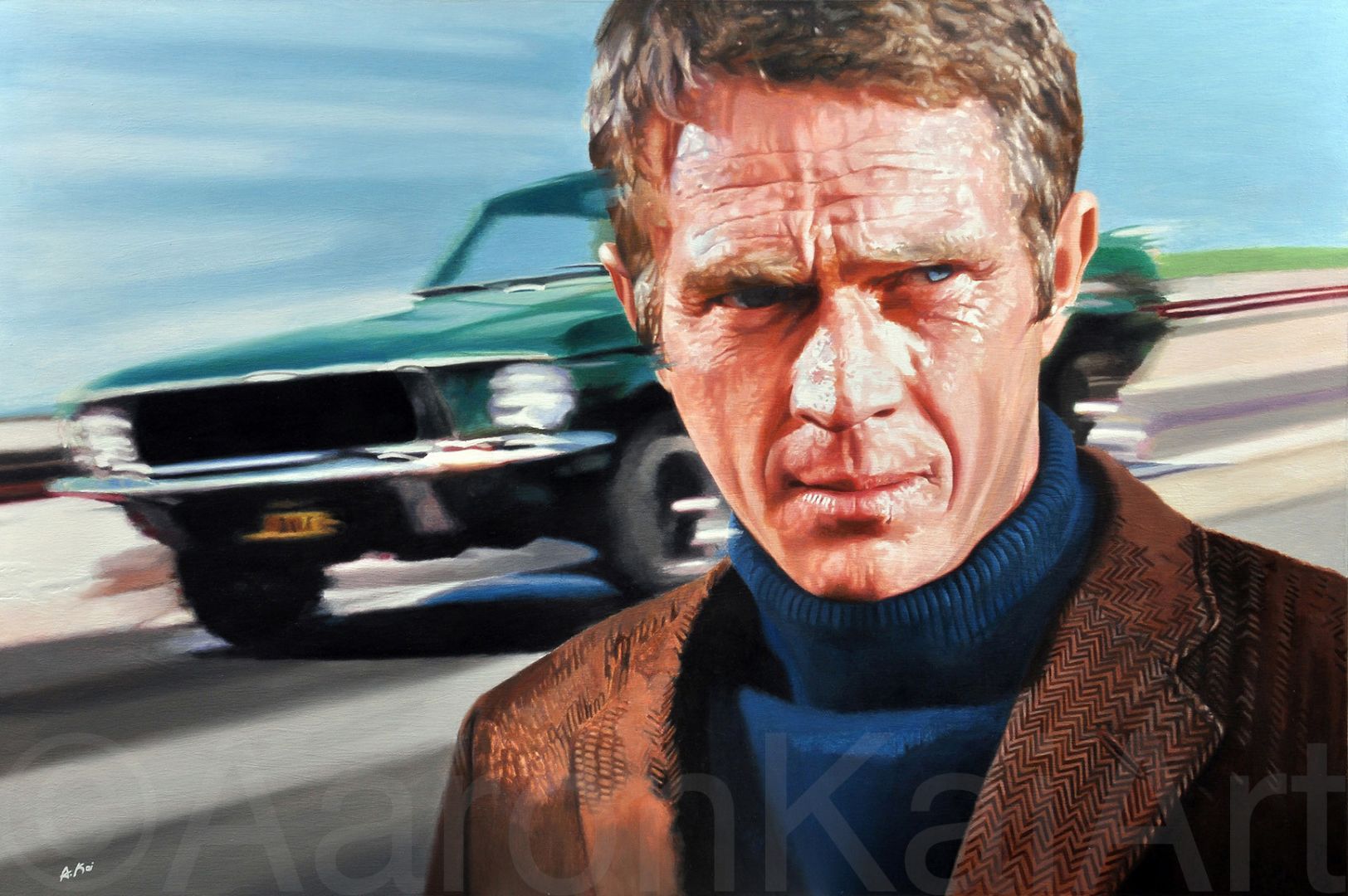 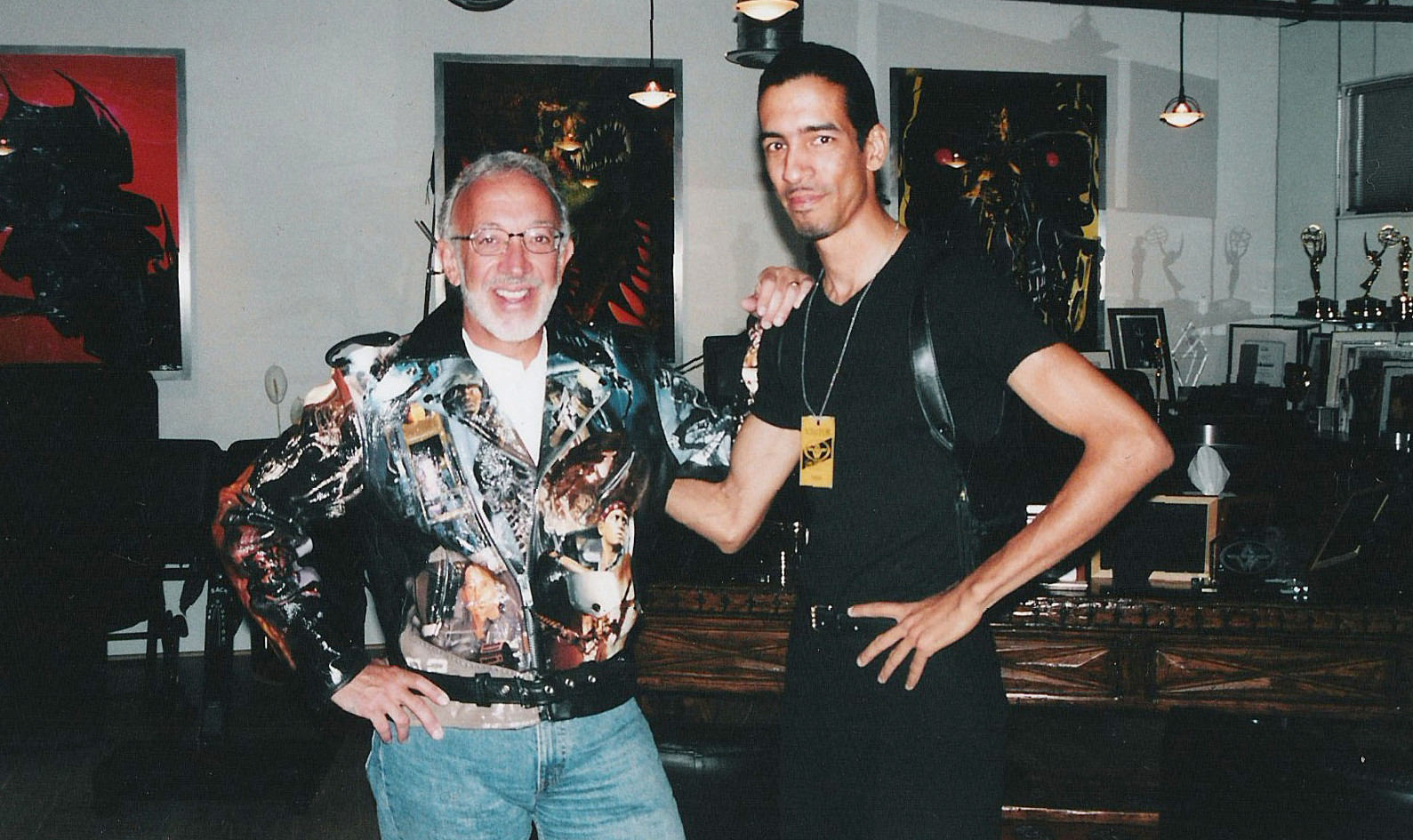 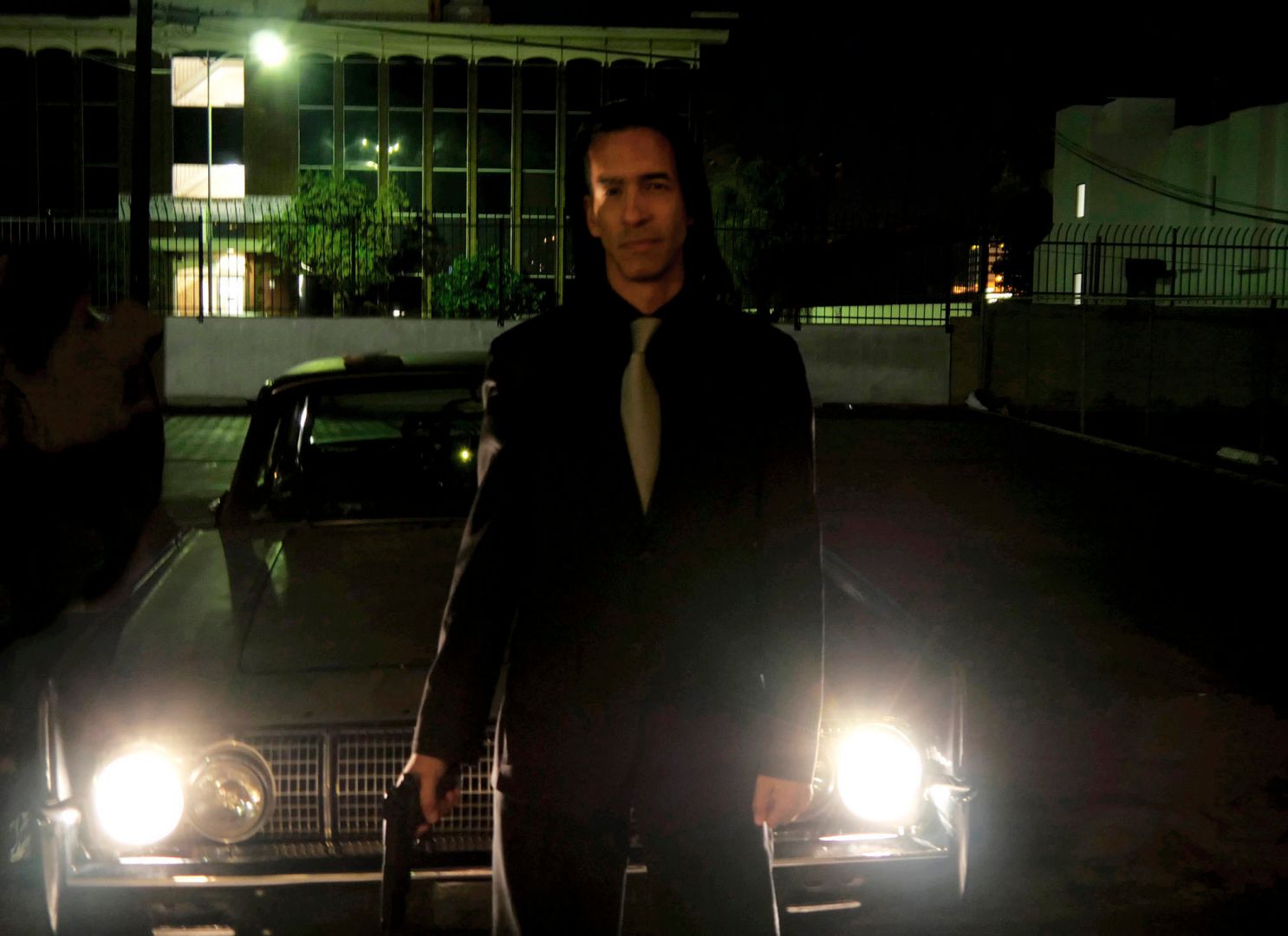 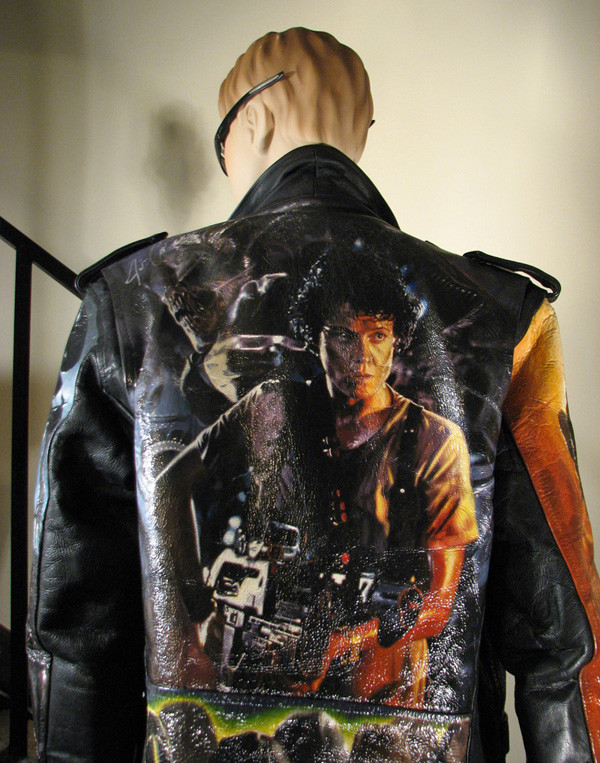 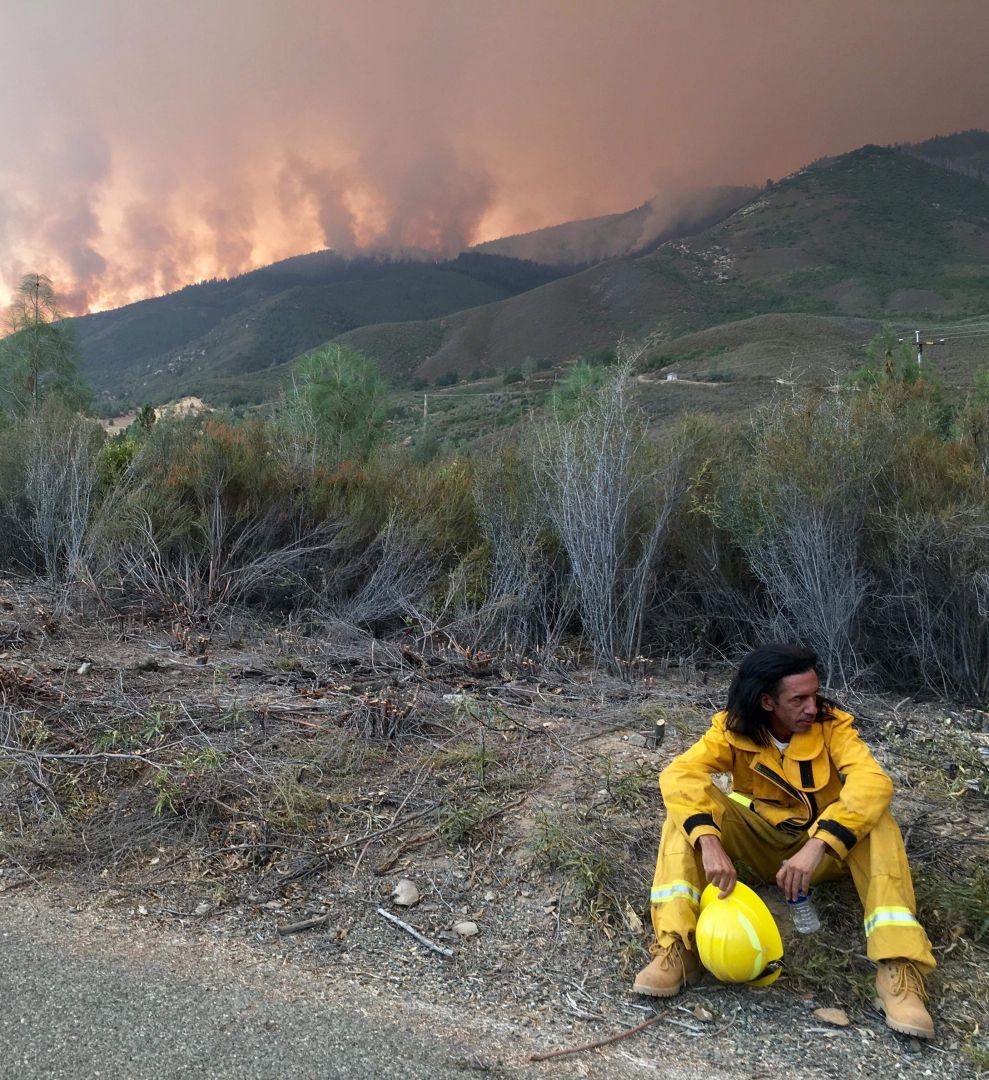