We had the good fortune of connecting with Abigail Brosh and we’ve shared our conversation below.

Hi Abigail, why did you decide to pursue a creative path?
Honestly, it was the only thing I could see myself doing. When I was younger my tendency to put an artistic spin on things like basic geometry assignments got me into trouble. I’d be so into my pretend adventures at recess that the teachers would have to come find me to bring me back to class. And most of them weren’t too pleased with the doodles at the edge of my notes, even if they were on topic to the greek mythology we were learning. One of them recognized that I wasn’t well suited to traditional learning and suggested art school, and from then on I never looked back. Creating worlds, characters and stories has always been second nature to me. At times when I’m on set watching people speak the words I wrote, I think, I never really stopped playing pretend. I never outgrew daydreaming. Art school followed by Tisch, RADA, and UCB just harnessed that energy and gave me the building blocks for whatever playground I wanted to design. Whether its acting, screenwriting, directing or even editing, as long as I’m flexing a creative muscle I’m happy. 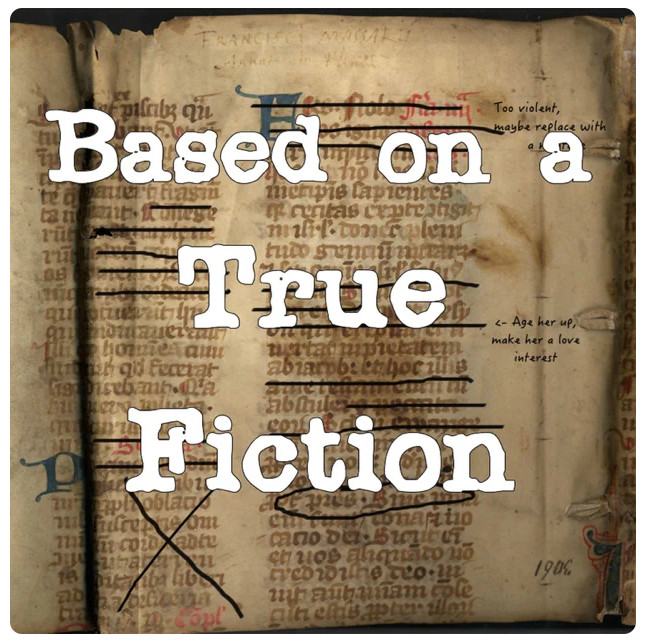 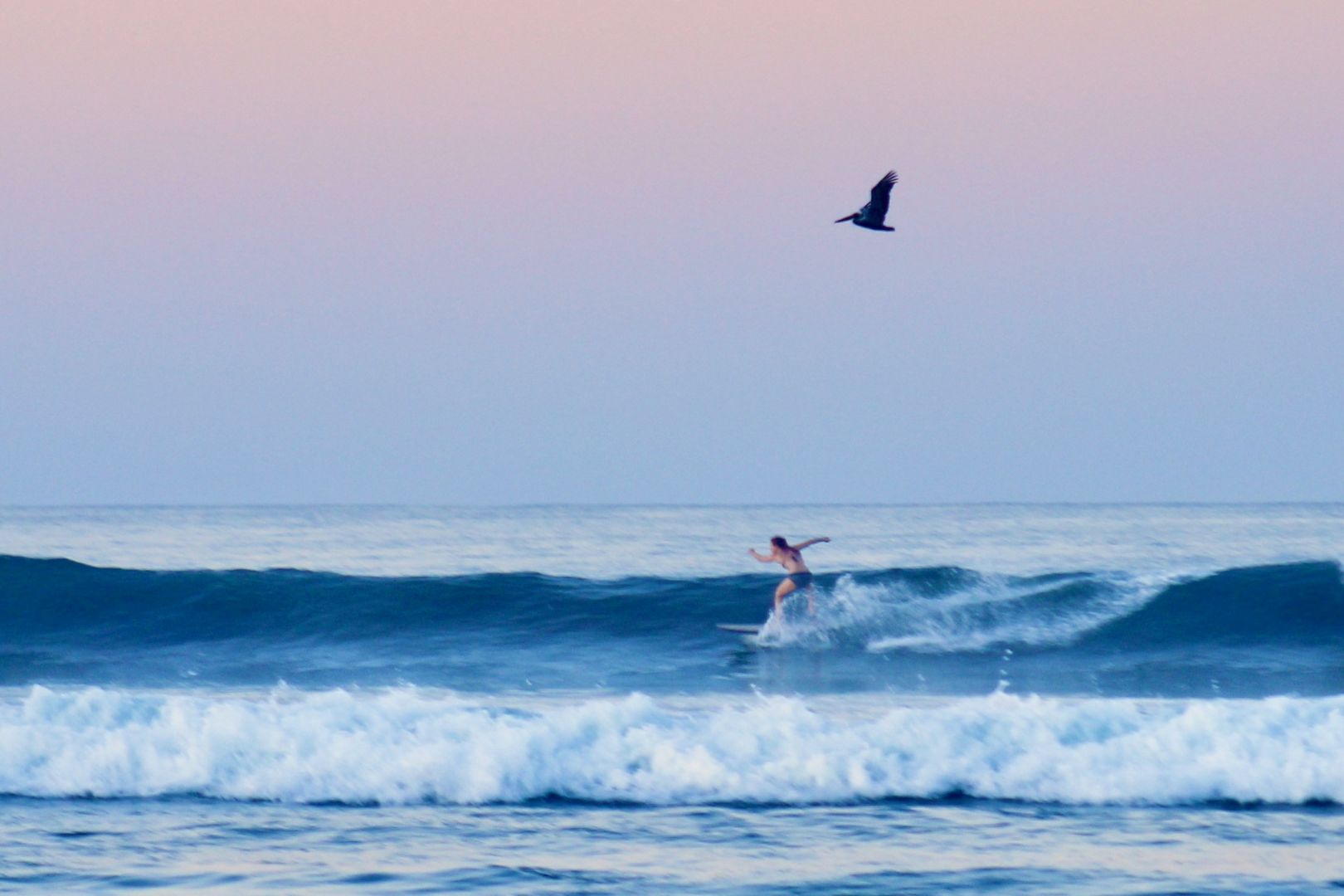 Can you open up a bit about your work and career? We’re big fans and we’d love for our community to learn more about your work.
I tend to work primarily in the realm of dark comedy and sci-fi. Growing up I was a sponge for shows like “Buffy,” “Star Trek,” and “X-Files.” As an adult I strive to have an artistic style thats a tenth as unique as genre blending geniuses like Edgar Wright, or anywhere close to as funny as the perversely dry Phoebe Waller-Bridge. Though I can often be self critical, one place I feel like I truly shine is in how imaginative my scripts are. I’m well versed enough as a nerd to know what paranormal rabbit holes feel less traveled, and I’m keen on examining common human problems with a totally bizarre lens. My work, more than anything, reads as delightfully weird as I feel I am. One of the projects I’m most proud of is the web series I created with Talking Back Pictures: “Dru’s Podcast for the End of the World.” In it, a woman living with debilitating anxiety and introversion suddenly finds herself living in a world where humanity has vanished. At first, being the sole survivor of an apocalypse isn’t too bad, since she’s able to have plenty of quality alone time. However inevitably, her desire for connection in spite of her reclusiveness takes its toll. Oddly, I wrote this way before Covid. But as an anxiety ridden introvert myself, I have to say I found some strange emotional parallels within that story during the hellscape of 2020. My artistic career today is where it is primarily thanks to the incredibly generous efforts of my friends within the entertainment industry. I have had so many people donate their time, energy, money, and willpower to help me get my projects made. Without them I wouldn’t have gotten anywhere. It’s thanks to them that I’ve gotten into the festivals I have, made the networking connections that have allowed me to sell scripts, and been able to film in the first place. Cheers to them, I literally owe them everything. Something I’ve learned in terms of surviving as an artist is that it pays to be versatile. We are lucky to be creating during the age of the internet, where you can upload your artistic vision at little to no cost. It pays to know how to get behind the camera yourself, it pays to know how to write and direct yourself, it pays to know how to edit and sound design yourself. The more you can learn about all facets of the film world the better. That being said, since releasing creative work into the world has become more accessible, that does mean that there’s a lot more competition. And when it comes to being heard in a sea of voices, the lesson that I’ve learned isn’t exactly a new one. It pays to be yourself, period. Figuring out what makes you unique, and how to best channel that into your art, is what people are looking for. It’s obvious, and chock full of cheese, but it’s true. 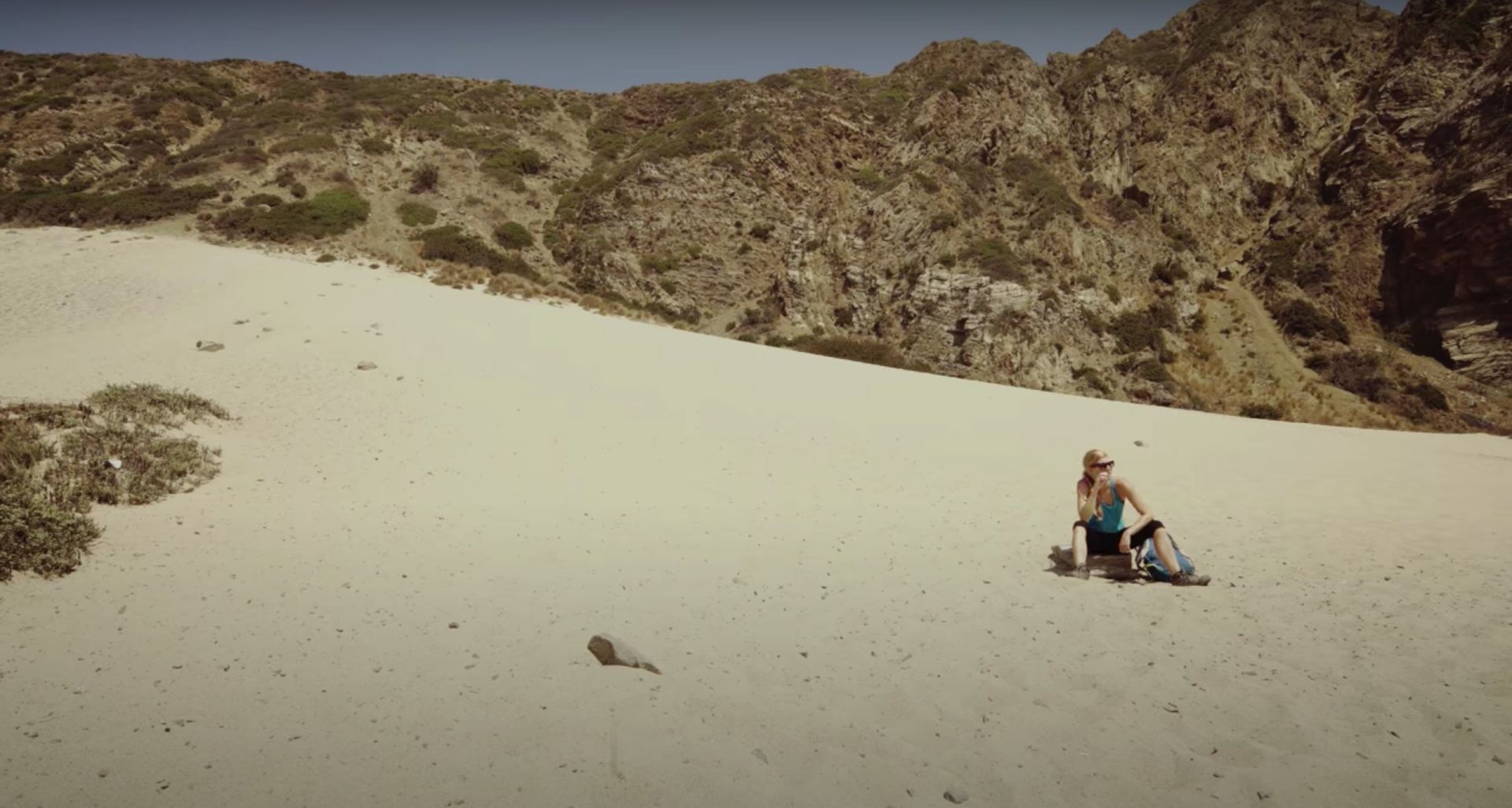 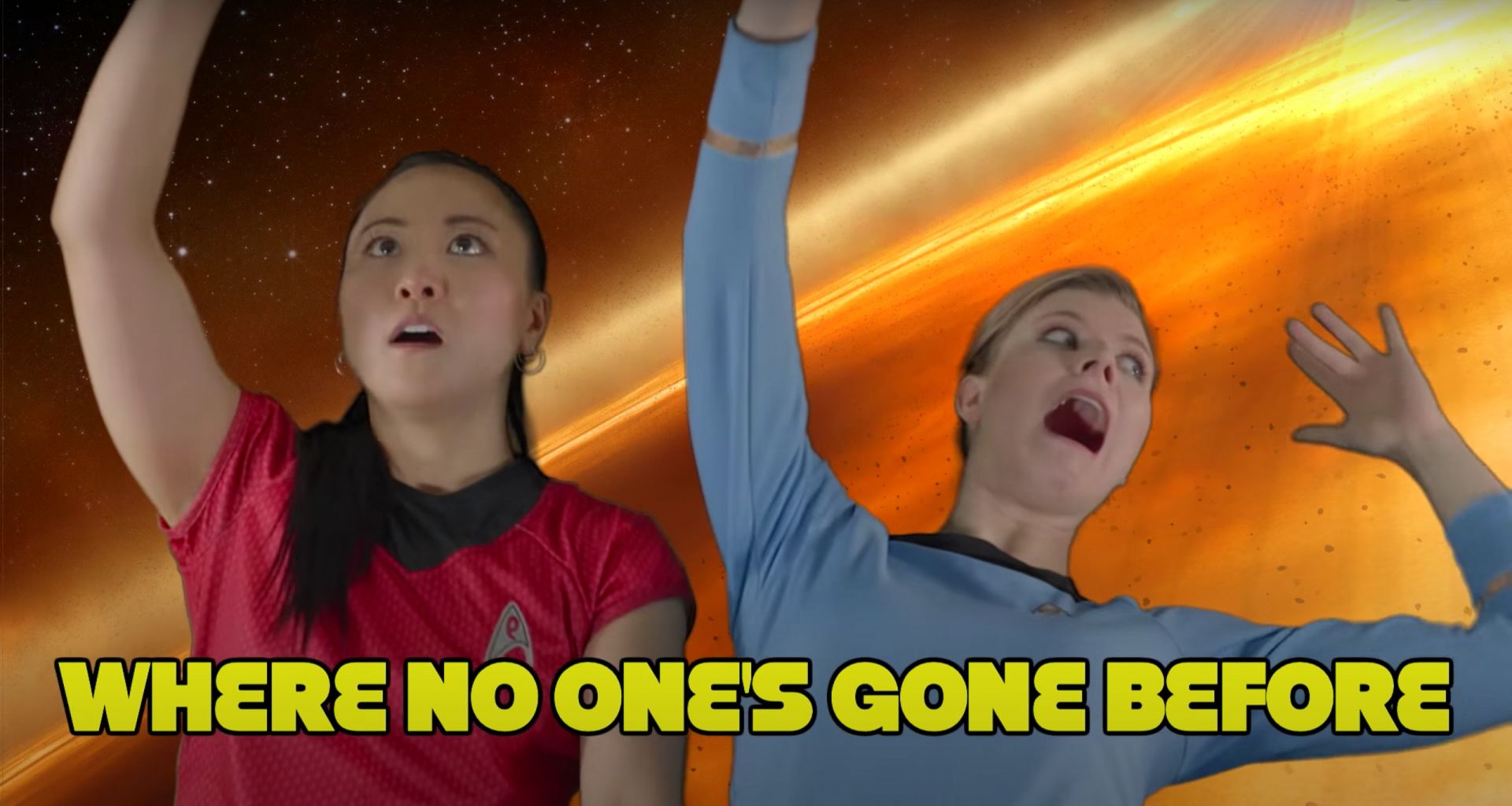 Let’s say your best friend was visiting the area and you wanted to show them the best time ever. Where would you take them? Give us a little itinerary – say it was a week long trip, where would you eat, drink, visit, hang out, etc.
Since I try to get anyone who visits to attempt surfing, a lot of time would be spent at places like San Onofre, Mondos, and Topanga. I’d want them to see the Last Bookstore downtown, and a stop up north at the Griffith Observatory would be a must. If a night out were in the cards I’d stick to West Hollywood, for the food and for the party. I’m from around Portland originally, so Salt & Straw is always fun. Some great food staples I generally take people to are Tsujita Annex (Killer Noodle if folks are brave enough), Nobu, DKs Doughnuts, Alibi Room and the Kogi Taco Truck, Greenview Thai, Tacos Por Favor, Leo’s Tacos Truck, Cholada Thai, Ollo in Malibu and LC Imports in Ventura. The Grove is fun for first timers, especially around Christmas, and while a some of the previously mentioned places and restaurants are on the way, I do like a drive up the PCH to catch the sunset to tie it all together. 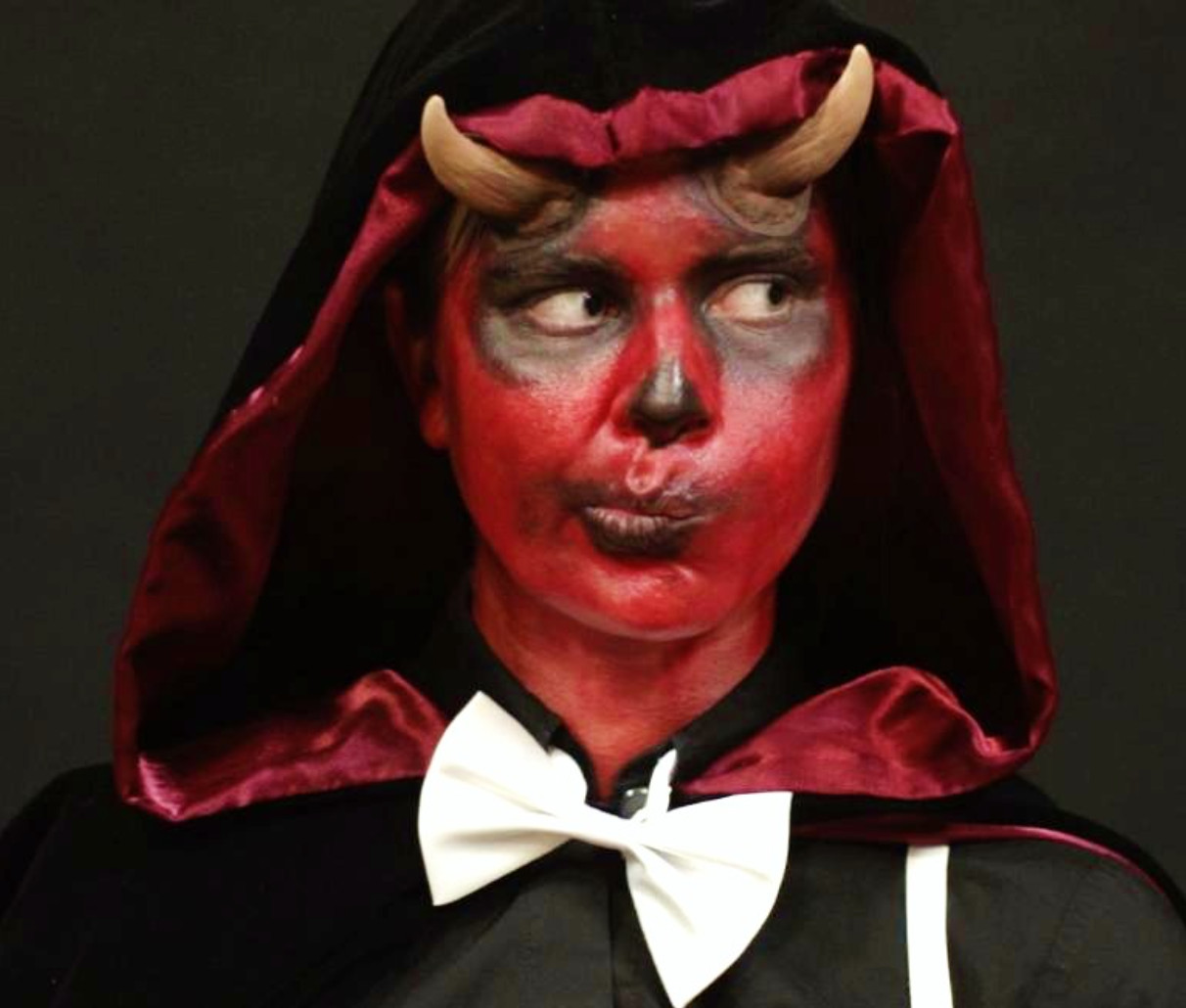 The Shoutout series is all about recognizing that our success and where we are in life is at least somewhat thanks to the efforts, support, mentorship, love and encouragement of others. So is there someone that you want to dedicate your shoutout to?
Abso-tootin-lutely. Talking Back Pictures is a production company created by Nicole Palermo and Emma Kreienberg, and they made my most recent web series, “Dru’s Podcast for the End of the World,” possible. Nicole Palermo has also helped me immensely individually on other projects when I’ve needed notes, a kick in the pants, or a boost to the ego. “Dru’s Podcast” also wouldn’t have gotten made without the generosity and artistic care of Elesha Barnette. She poured so much time and energy into that web series and went above and beyond to see it through, I’m incredibly grateful to her. Christopher Modoono at Sac Productions has been an invaluable resource to me creatively. He’s provided expert advice on scripts and edits, and has been unbelievably supportive throughout my creative career. I’m immensely thankful for comedian and screenwriter Kat Ahn, who made me feel welcome when I was a newbie to L.A. and who I was lucky enough to create so many fun, hilarious, wacky short films with. Collaborating with her has always been an absolute delight. Editing for Ellen Steves and Lauren Currie at Chap.Three was an absolute dream. Their web series opus “City Kitties” spanned 52 episodes and included an all female cast and creative team. I’d also love to shout out to directors Veronica Moonhill, Kerri Lendo, Bianca Catbagan and Lynelle White. I learned so much from them, watching their visions come to life, and it was a privilege to be a small part of their creative processes. I’ve also gotten deeply appreciated notes, generous creative contributions, and a heads up on career opportunities from creatives such as Stacy Shirk (with whom I co-host the podcast “Based on a True Fiction,” and without whom my first short film “Supporting Paranormal” wouldn’t have seen the light of day), Sara Friedman, Dana Brawer, Zoe Hovland, Jess Alberg, and Bailey J. Koch. And of course, I never would have even gotten into this industry without my family, friends, and the Pantheon. 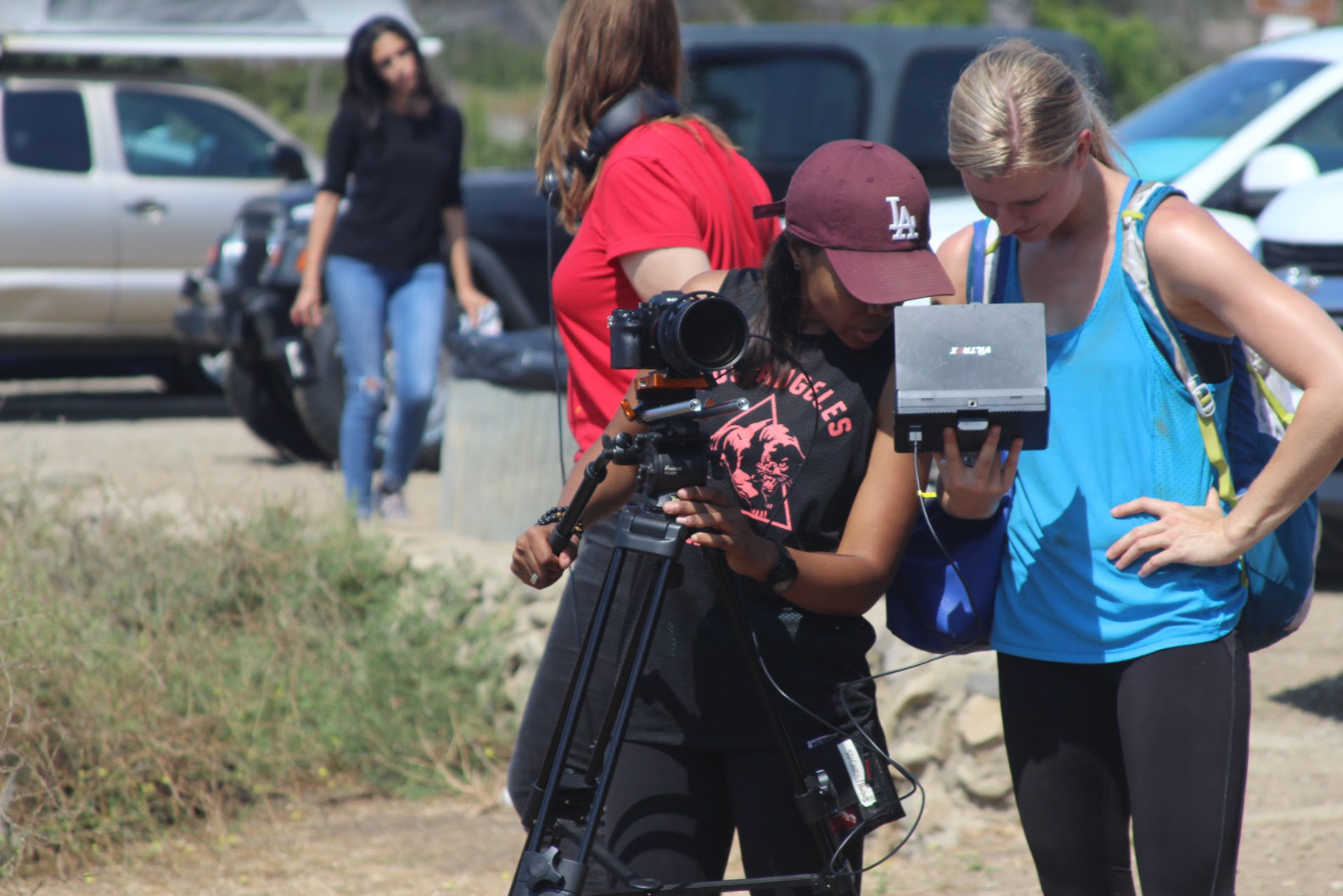