We had the good fortune of connecting with Adam Dominguez and we’ve shared our conversation below.

Hi Adam, have there been any changes in how you think about work-life balance?
My mom used to say, “You work, then you die.” She wasn’t always the most chipper person growing up. At one point, she was working at the attendance office of my high school, then would go to a 3am-8am shift at a Dunkin Donuts, just so I can do homework with the lights on (which wasn’t an all the time thing.) Making my mind up to be a full-time comedian and producer, I shared her sentiment and worked all day to write, produce shows in my state, advertise and market, and never saw a sustainable income until 6 years after. I recall looking at my poor neglected girlfriend and saying “I’m tired” before breaking down in tears in an apartment that we both lived in but she paid for. I felt like if I paid my dues, I’d earn my time in the spotlight as the entertainer I felt I could be. Unfortunately, my performances suffered, my writing became devoid of logic or humor, and I was just not relatable and couldn’t even express my discontent with that realization. My life and work had become indistinguishable from each other. I rarely called family unless it was for money, my girlfriend and I split, and my only friends were the bartenders at the venues I would work and perform at. The imbalance of work/life can become a dangerous addiction that sucks out your soul. It’s drinking without ever eating. I never learned how to come up for air when I was submerged with work, so I never knew what it was like to relax. My friends could only ever see me or catch up with me if I was performing. I was working but not living.
In my experience, a balanced work/life situation makes my comedy more relatable and personal, and has definitely allowed a certain level of polished vulnerability while giving me time to create more projects that I’m excited about. Being able to give yourself a moment to breathe will help in being able to sort through the muddied and uncharted waters of self-entrepreneurship and self-exploration.
My mom quit those jobs, packed up her car and traveled across the states to go see everything she had put off for a while. She now encourages me to keep taking risks and is my biggest fan. Although I miss the smell of donuts in the house, I love the fact that I can count on our talks during the week, where we share our adventures and musings on life. 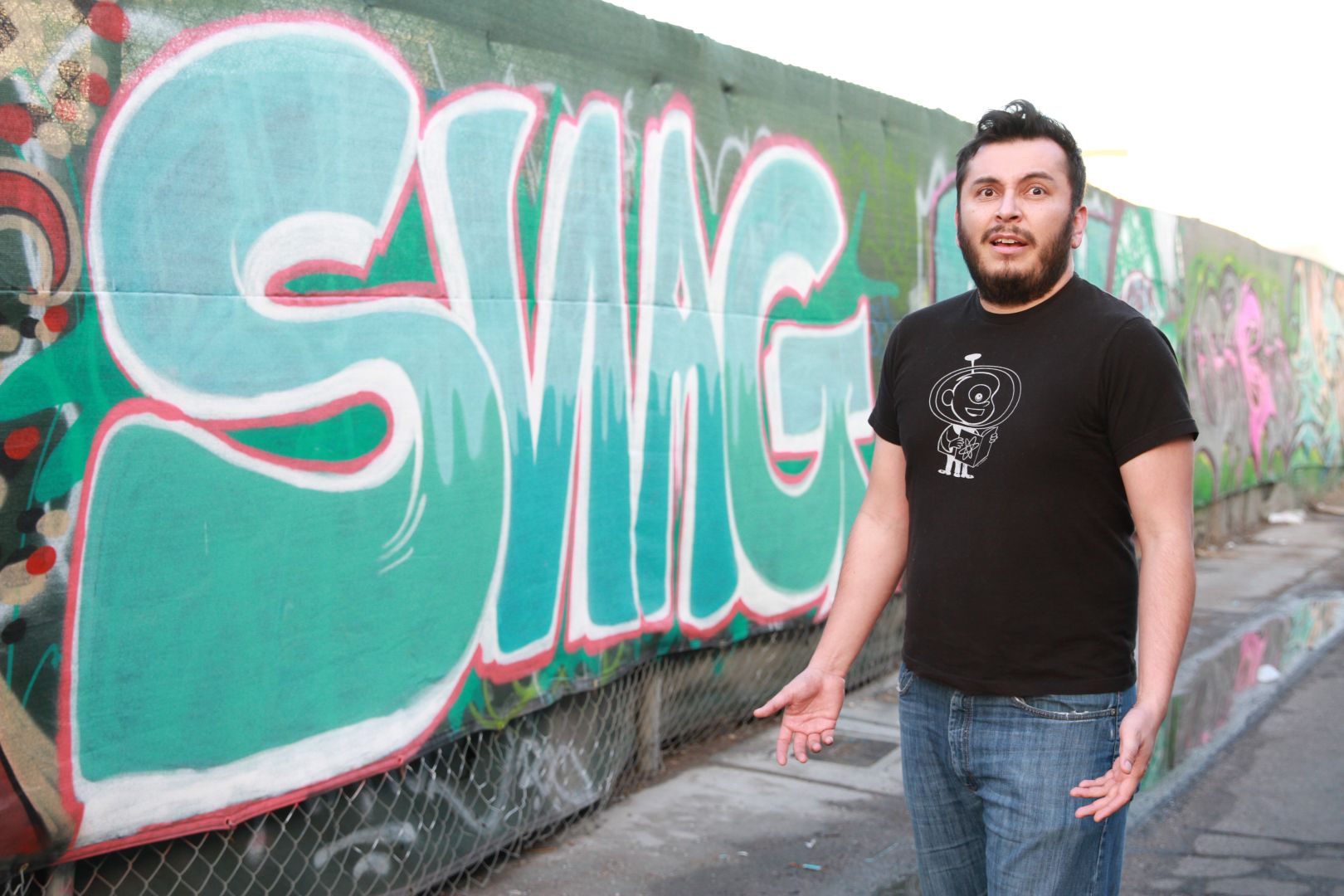 Can you open up a bit about your work and career? We’re big fans and we’d love for our community to learn more about your work.
Growing up as a part-time job junkie, I had landed a job as a manager of a hotel, but I just wasn’t happy. My hometown, as much as I love and adore it, had a serious talent output problem. Most nights involved wasting away in a bar or backyard over cheap beers and cigarettes, and after indulging in those vices for nearly a decade at that point, I became uninspired and scared of the future. I had a complacent girlfriend, steady job, and there were no challenges ahead (except for maybe sobriety). Being a comedian isn’t easy at all. I engulfed myself with it. I was producing showcases, open mics, trivia nights, karaoke nights, even emcee’d and helped marketed/advertise for a roller derby league, while trying to maintain a relationship with my family, friends and girlfriend at the time. I spend all my weekends at the local comedy club, and other times, on a microphone somewhere. It took one open mic, and bombing fantastically, and I haven’t stopped since. If I learned anything from this undertaking, it’s to not be afraid of taking risks and not being afraid to fail. I spent every year from ages 16-24 going down the road that was in front of me, feeling afraid of veering, but not content with it. I wanted stories to tell my grandchildren. What helped the most was the support system that I had to painstakingly build after years of neglection. Win over my friends again that I had ditched to go to comedy clubs and my parents who had loaned me so much money that they were actively dodging my phone calls, was the hardest thing to do. I had to unselfishly approach my selfish dream and if I’m proud of anything, it’s the connection and bonds that I’ve created with my support system through this ordeal.
Adam Dominguez, the comedian, is an insanely driven workhorse that burdens himself with making crowds of people laugh at his misfortunes. Adam Dominguez, the normal guy, is a guy who tends to find himself in more and more misfortunes. 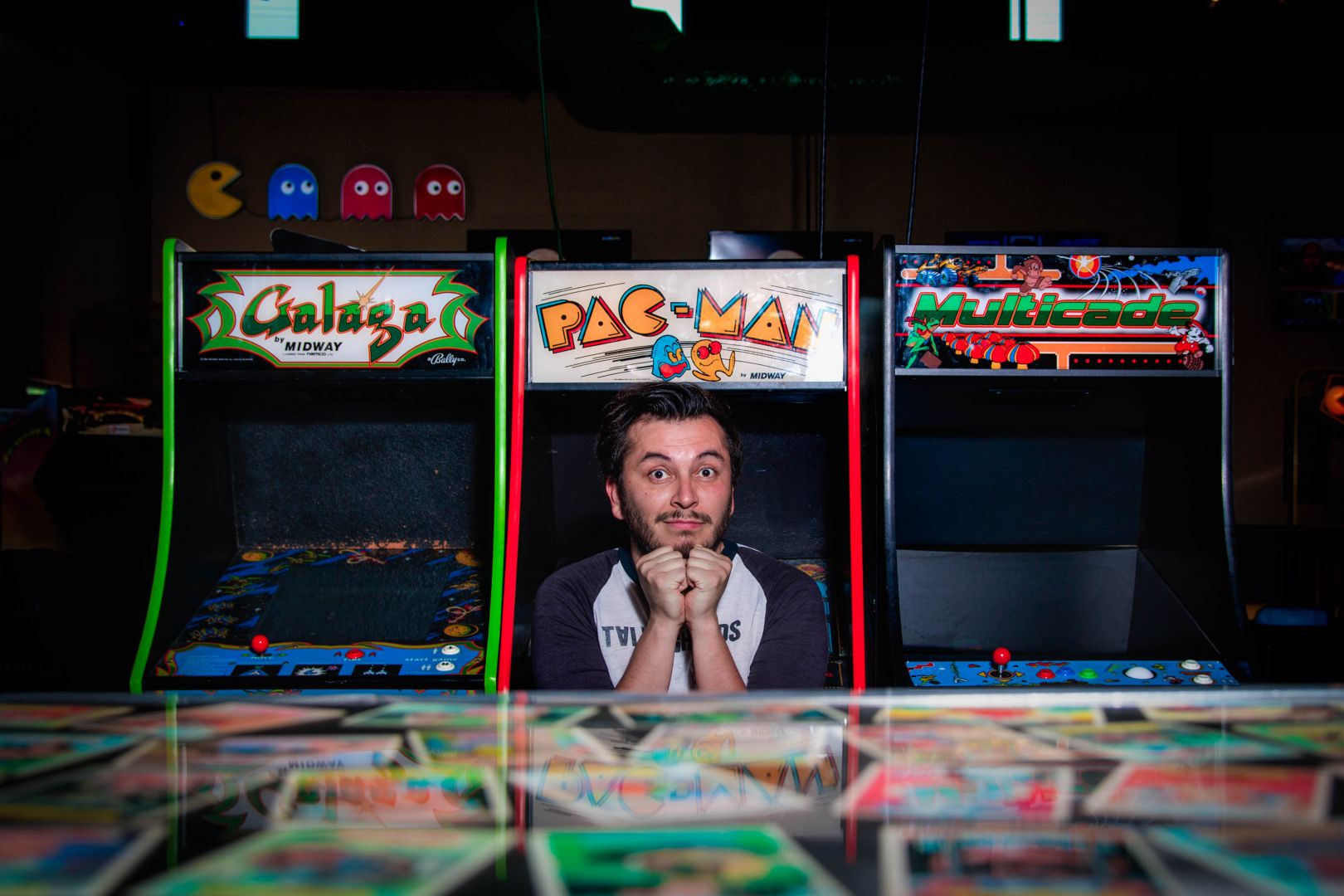 If you had a friend visiting you, what are some of the local spots you’d want to take them around to?
I spend a lot of time in Eagle Rock, so wandering up and down York St. has been my go-to night often. Eating at Ramen of York, or Joy, or even the taco truck right by the kid’s park is always fun. Or sometimes driving to the South Pasadena Farmer’s Market late so I can get a discount on things, because…comedy. And of course, hanging at the Comedy Store with friends or even HaHa Cafe just to goof off with other comics and friends.

Who else deserves some credit and recognition?
My parents, the entire city of El Paso, TX and Las Vegas, NV, my friends, and of course, coffee and tequila. 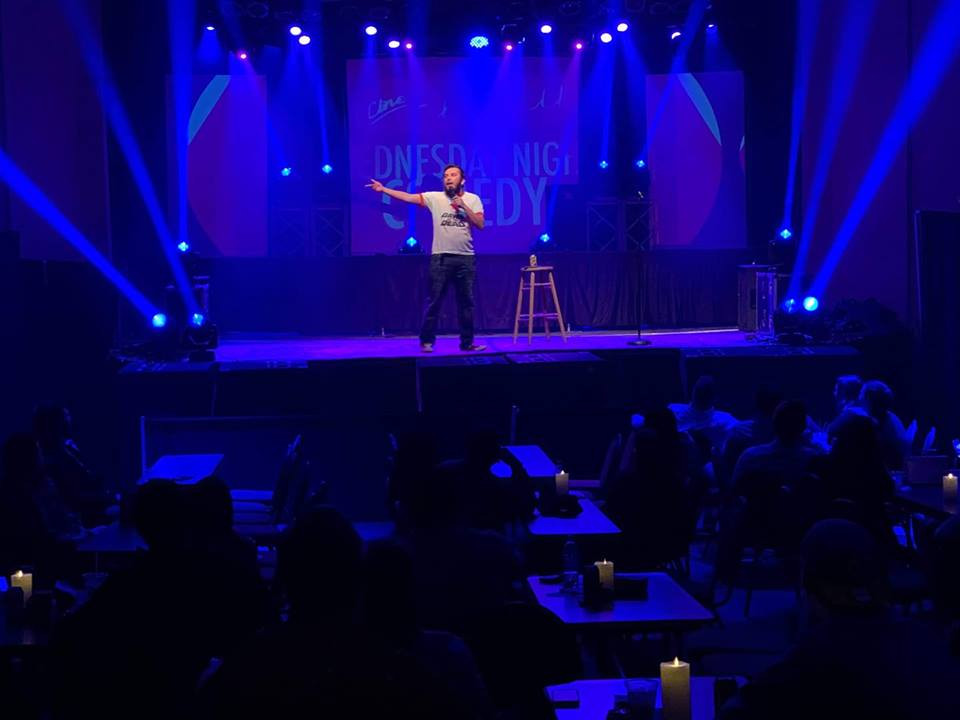