We had the good fortune of connecting with Adam Feinsilver and we’ve shared our conversation below.

Hi Adam, what are you inspired by?
There are a bunch of things and people that I draw inspiration from, but they seem to always include a combination of positivity, optimism, determination and energy. When these elements come together to make people smile, laugh, or walk away feeling good about themselves and others, I’m inspired. I draw inspiration from Walt Disney; theme parks; cartoons that make kids smile, laugh, and think; genuine people; innovative technology; and my family. 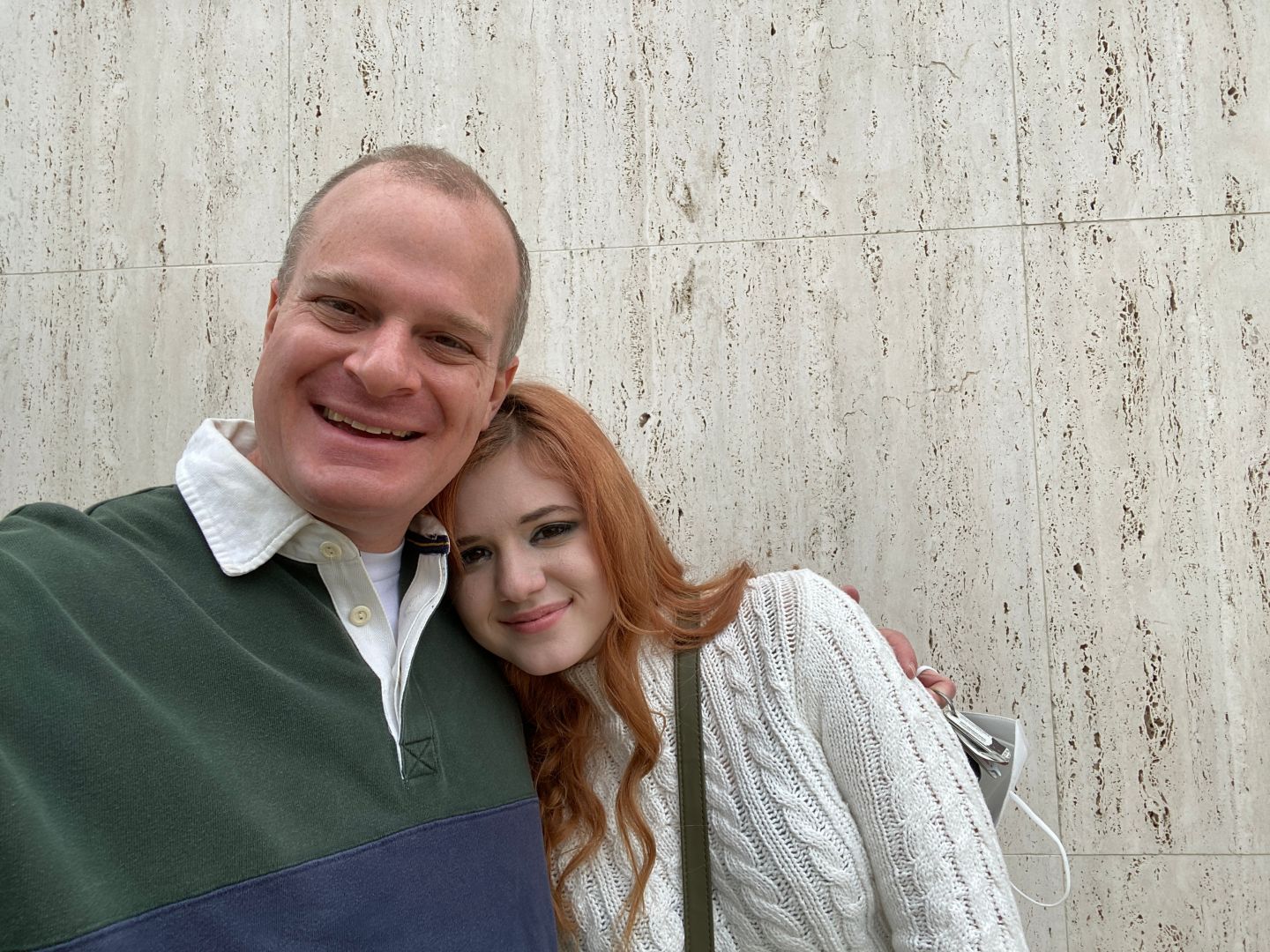 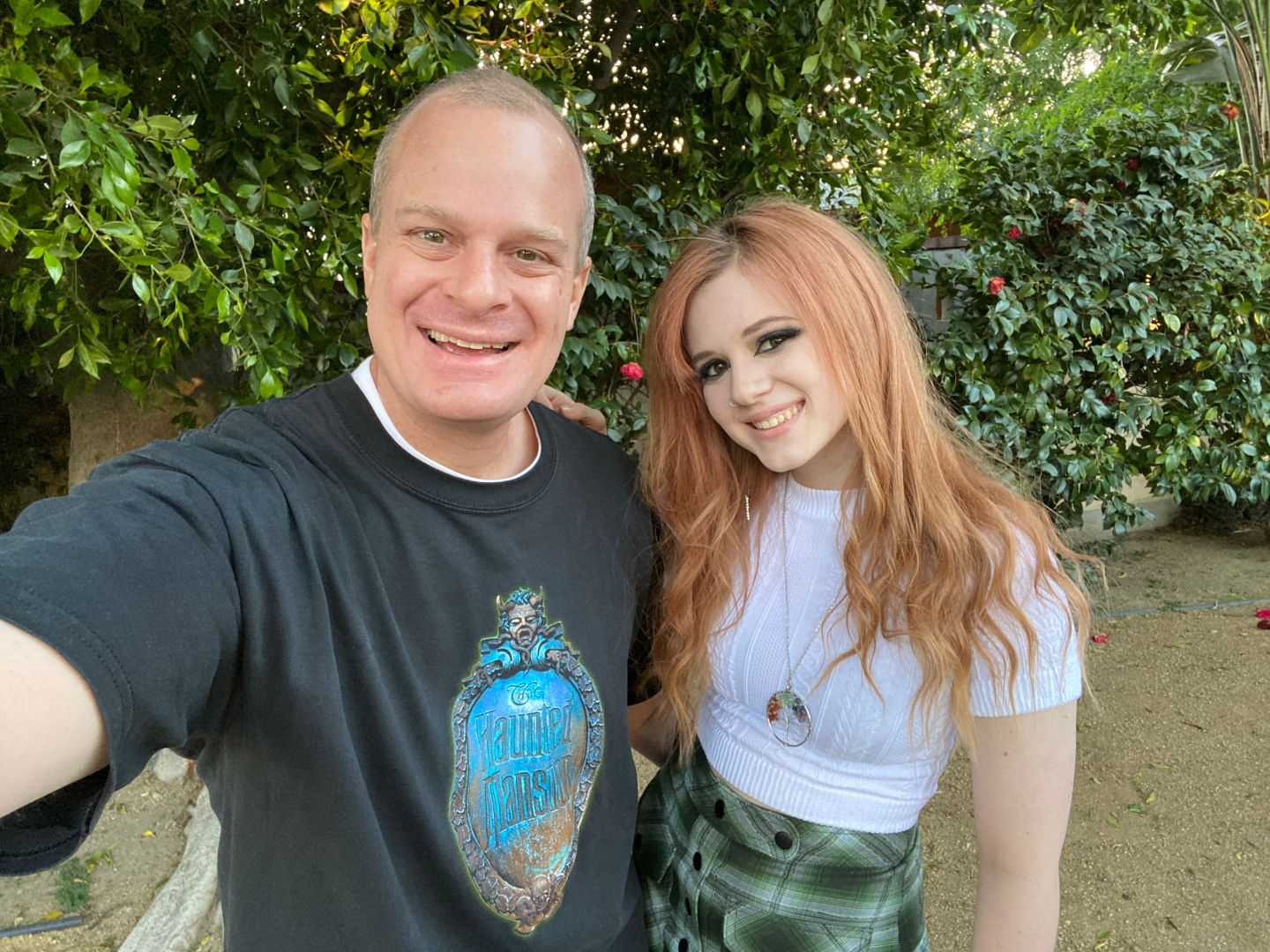 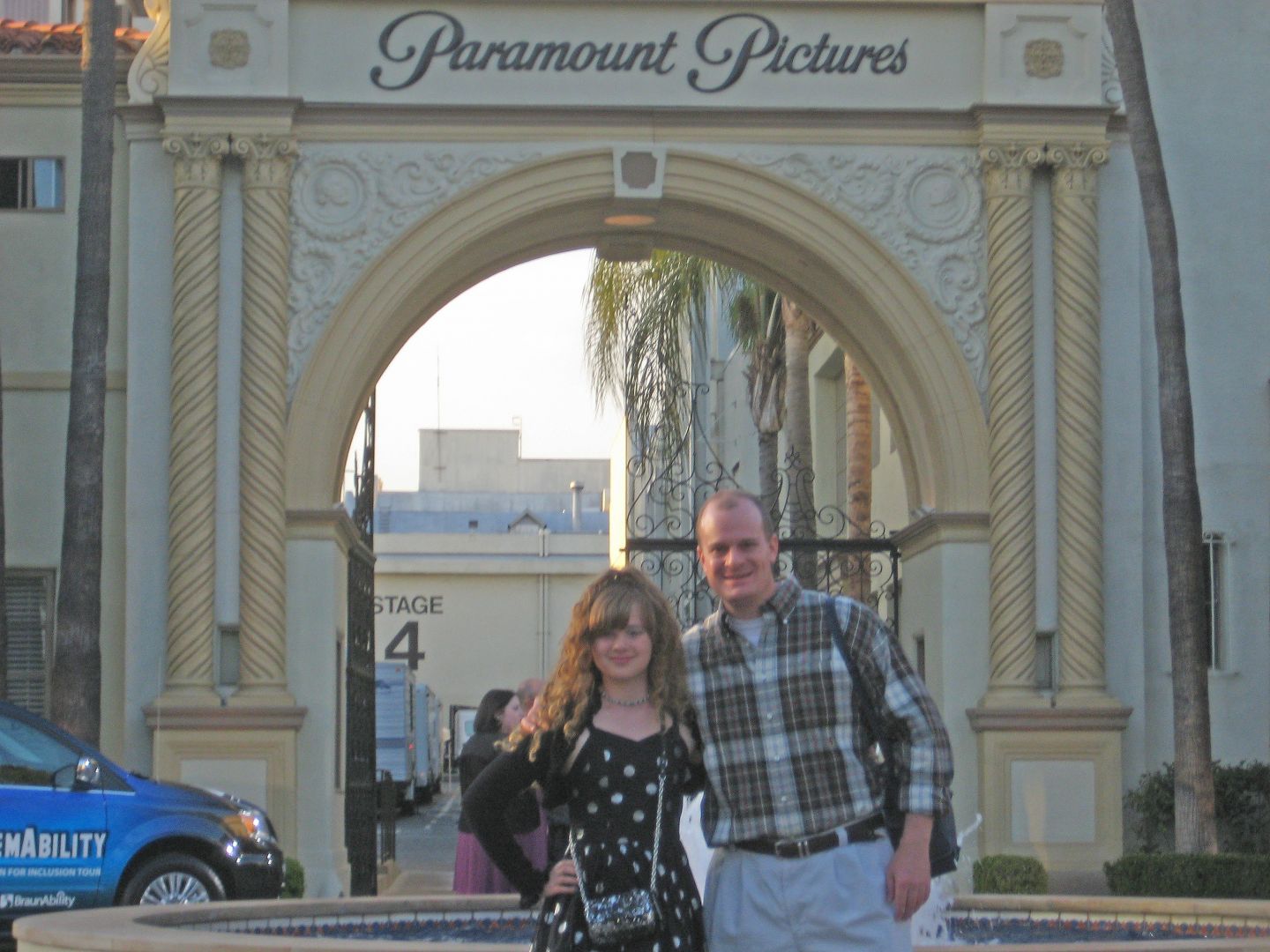 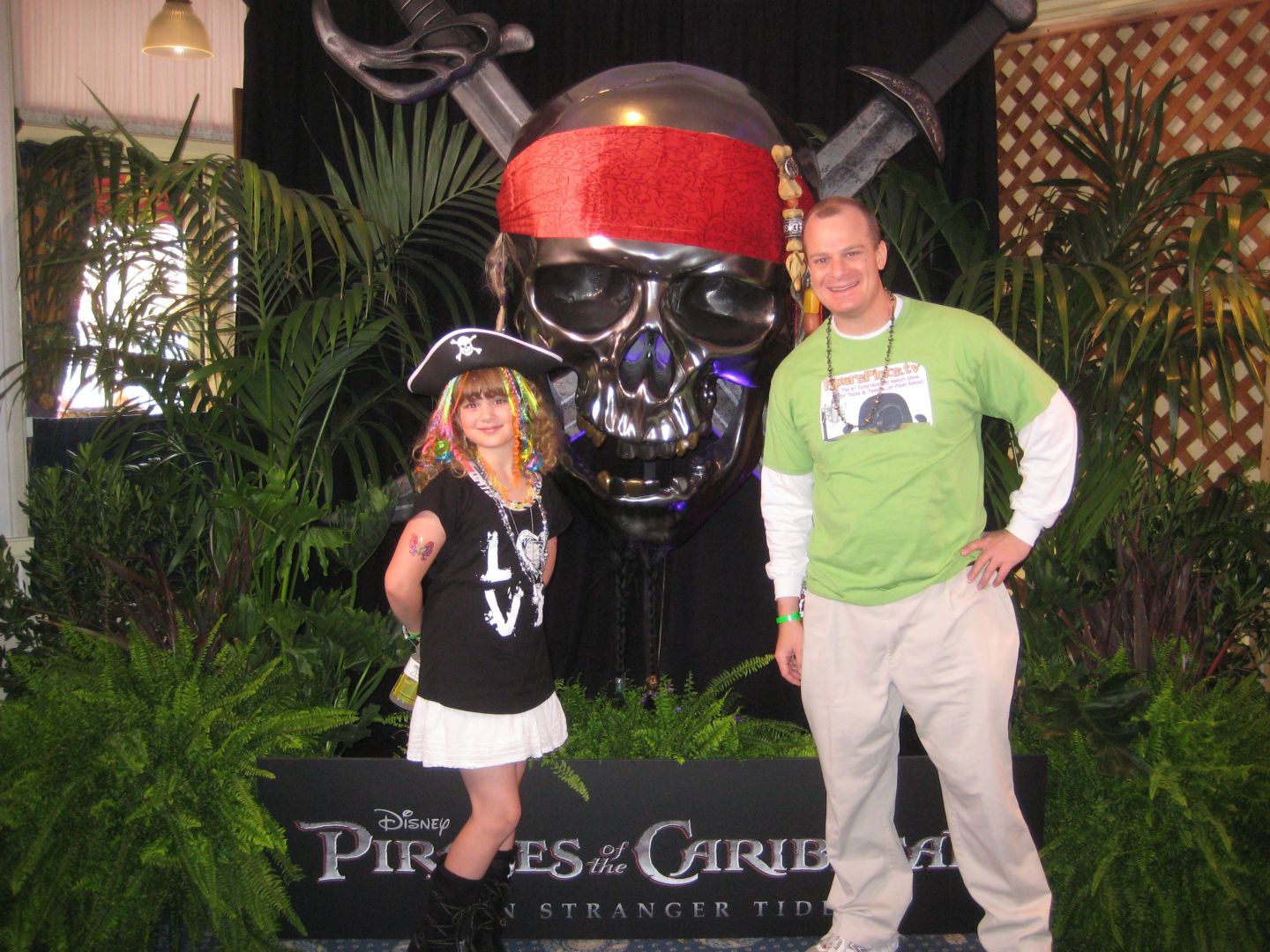 Let’s talk shop? Tell us more about your career, what can you share with our community?
Zig-zags! I was that geeky 80’s kid who went to computer camp and Space Camp (yes, levels I & II). I grew up in our family’s restaurant business, experimented with electronic music, became a technology attorney, then jumped into the entertainment Industry (knowing nobody).

My big three interests are tech, pop-culture, and kids entertainment. When I saw where my tech clients were heading and what companies like TWIT and Revision3/Digg were doing back around 2006, it became clear that we were headed for a massive convergence between the tech sector and entertainment Industry. That was exactly where I wanted to be.

In 2007, we were in what I see as a golden era of kids programming, coming off of shows like Lizzie McGuire and Even Stevens. Hannah Montana was growing quickly. iCarly and Wizards of Waverly Place were about to premiere. Only older kids were on YouTube and the word “podcast” was basically unknown. Twitter was for techies.

Our daughter, Piper, was only 7, but she had a huge personality, super-cute curls and an inability to stop talking. I thought it would be fun to give Piper a platform, with me writing, producing, editing…learning by doing. Piper’s Picks started with Piper dishing the deal on Dominos, Disney World, TV shows, etc. We were the first online entertainment news show and Piper was the youngest podcaster, youngest host, and the first online interviewer. Sixteen episodes in, Piper had her first sit-down interview. Jennette McCurdy had seen our coverage of iCarly and happened to be heading to Florida for a Nickelodeon Cruise. Soon after, we covered our first red carpet film festival and Piper had an exclusive sit-down interview with AnnaSophia Robb. Things started steamrolling. Within 24 hours of posting our Phineas and Ferb episode, Piper had sweet comments from the creators, Dan Povenmire and Swampy Marsh. Soon after, we made our first trip to LA and Piper was on the Disney lot in Burbank doing her first interview with them.

It was all very surreal and got fun and weird fast. I was just doing this Podcast in our apartment, not realizing we had awareness throughout the Industry. I was hyper focused, putting in 80+ hours of work per week on the content. In 2009, I was asked to create a video production presence and a pilot TV show for a personality in the food business in Los Angeles. I was just thinking “Are you sure? You know I’m an attorney, not an LA producer, right?” We moved the family. Piper’s Picks continued growing. Parents of young actors on Network shows were reaching out to me for advice. Publicists were reaching out to Piper, still only 9 or 10, for interviews with their clients and red carpet coverage.

With Piper becoming a very strong actor as well (most recently, as the lead in the upcoming anti-bullying short film, From Under the Bridge: When Bullies Become Trolls), I’ve kept one foot in the representation arena as both counsel and her manager. Piper has appeared in several shows, including Deadtime Stories (Nickelodeon / CiTV). I was brought in as a producer for my expertise with kids content and communicating to a kids/tween demographic. My friendship with the series co-creator and writer, Annette Cascone, has lead to pitching our own show concepts to Networks, including Piperazzi, a live-action concept recently selected as a Top-5 finalist (the only comedy) to pitch at MIPTV in Cannes.

1,100 interviews later in 2021, we’re aging-up the Piper’s Picks brand, but keeping that same energetic, positive content. With Piper going from 7 to a young woman, the Daddy-daughter dynamic at home and work has been both fiery (oh, those teen years), loving and very close. We could write books on it. My advice: make sure you have a very strong family support system and, for Dads, learn to evolve.

What sets us apart is our connection to viewers and our dedication to always staying positive and upbeat. We’ve been around long enough to really know our demographic, what trends cycle back around and how to deliver a message to an audience. So many networks have lost this connection. I believe it’s critical to know who you’re talking to and how to responsibly deliver content. 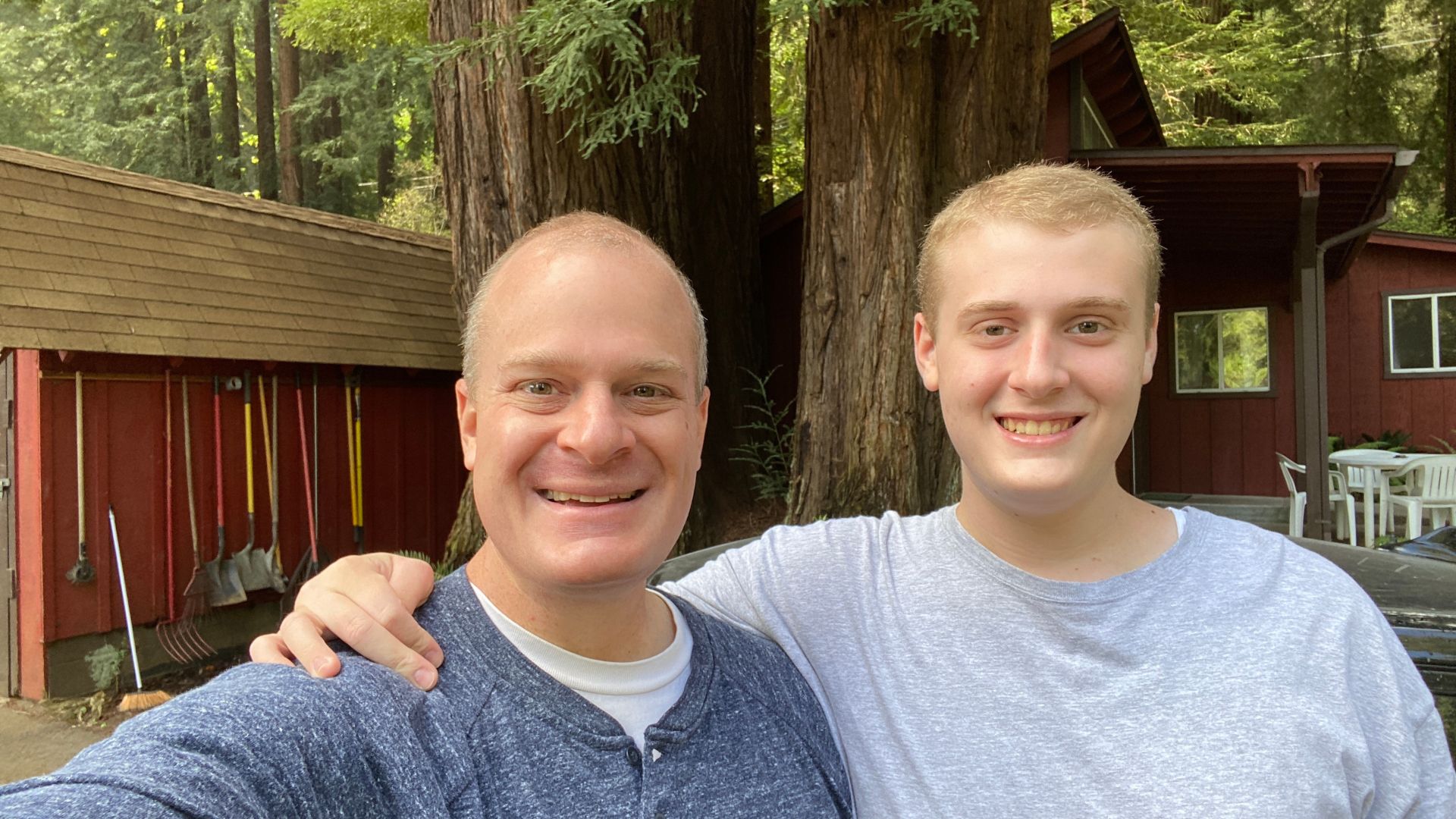 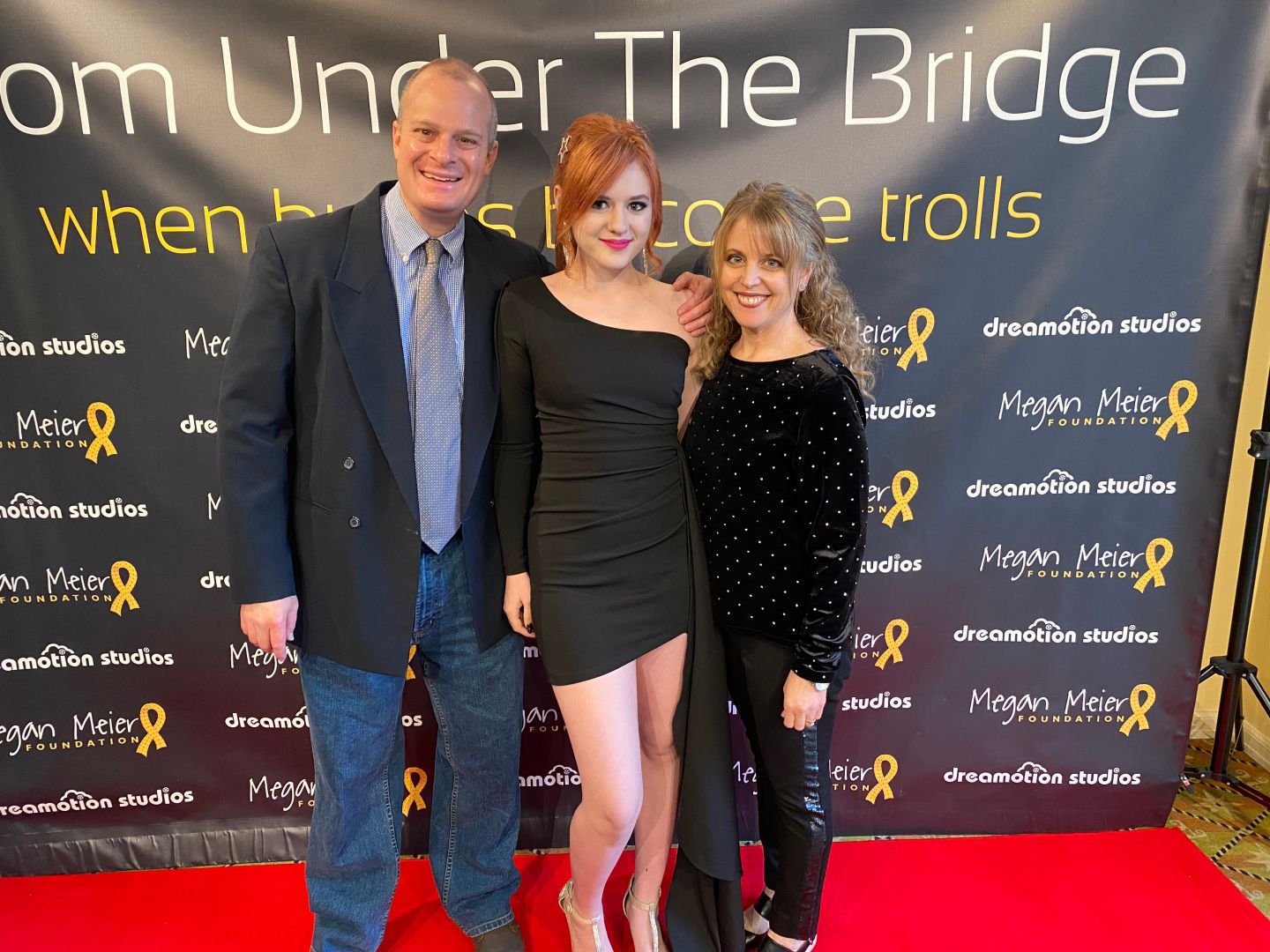 Let’s say your best friend was visiting the area and you wanted to show them the best time ever. Where would you take them? Give us a little itinerary – say it was a week long trip, where would you eat, drink, visit, hang out, etc.
Week long trip, eh? OK, Disneyland, California Adventure, Universal Studios Hollywood, In-N-Out (several times), and the Disney Lot (the feeling of stepping onto the Lot in Burbank…with all of that history)! I’m very into real, working studios more than the traditional “tourist” stuff, so let’s add on Nickelodeon Studios and the Paramount and Warner Brothers lot too. For just a relaxing day, we’d need to head to Griffith Park to check out the carousel (it’s part of Disney history, after all) and Griffith Observatory. 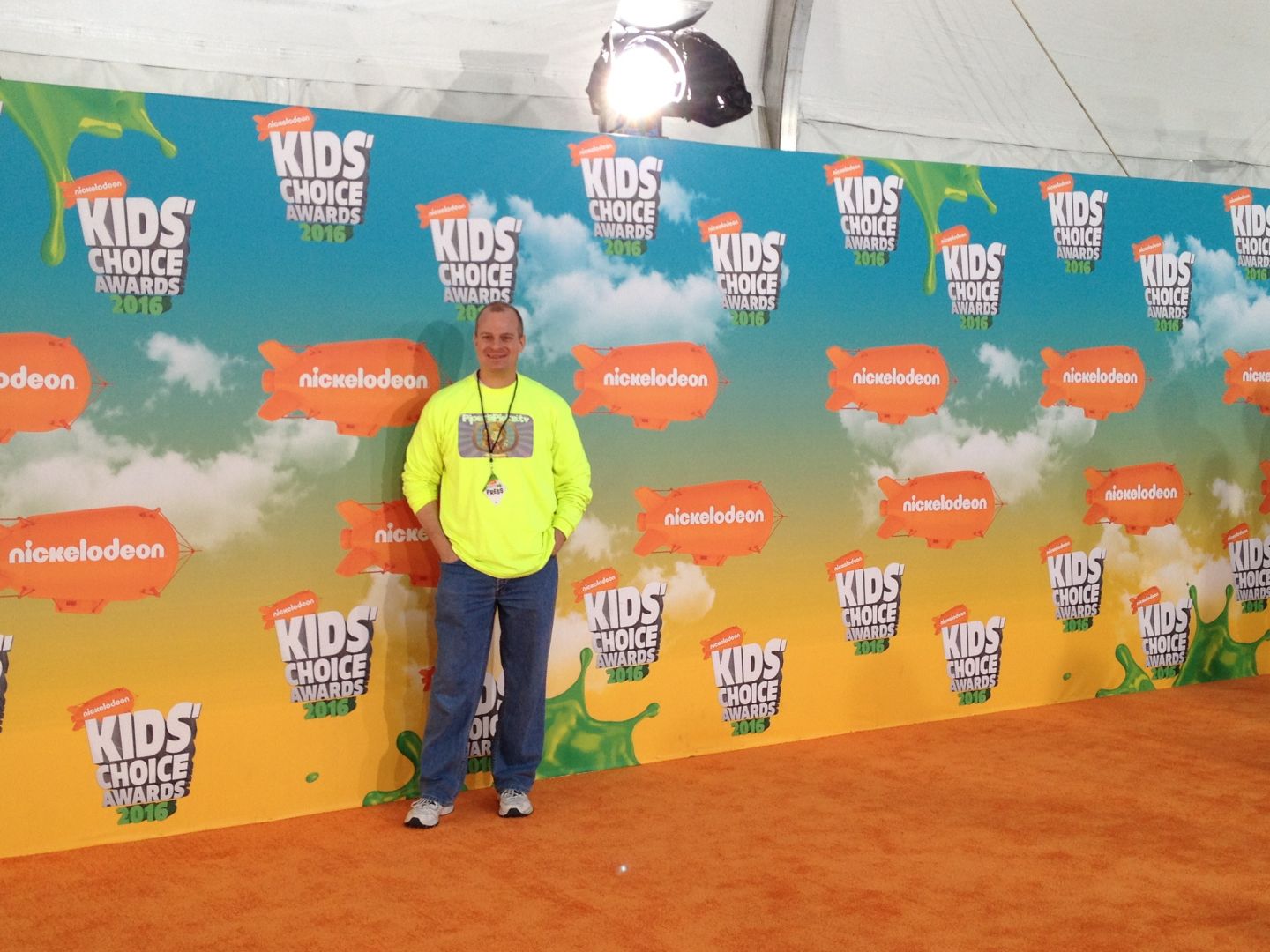 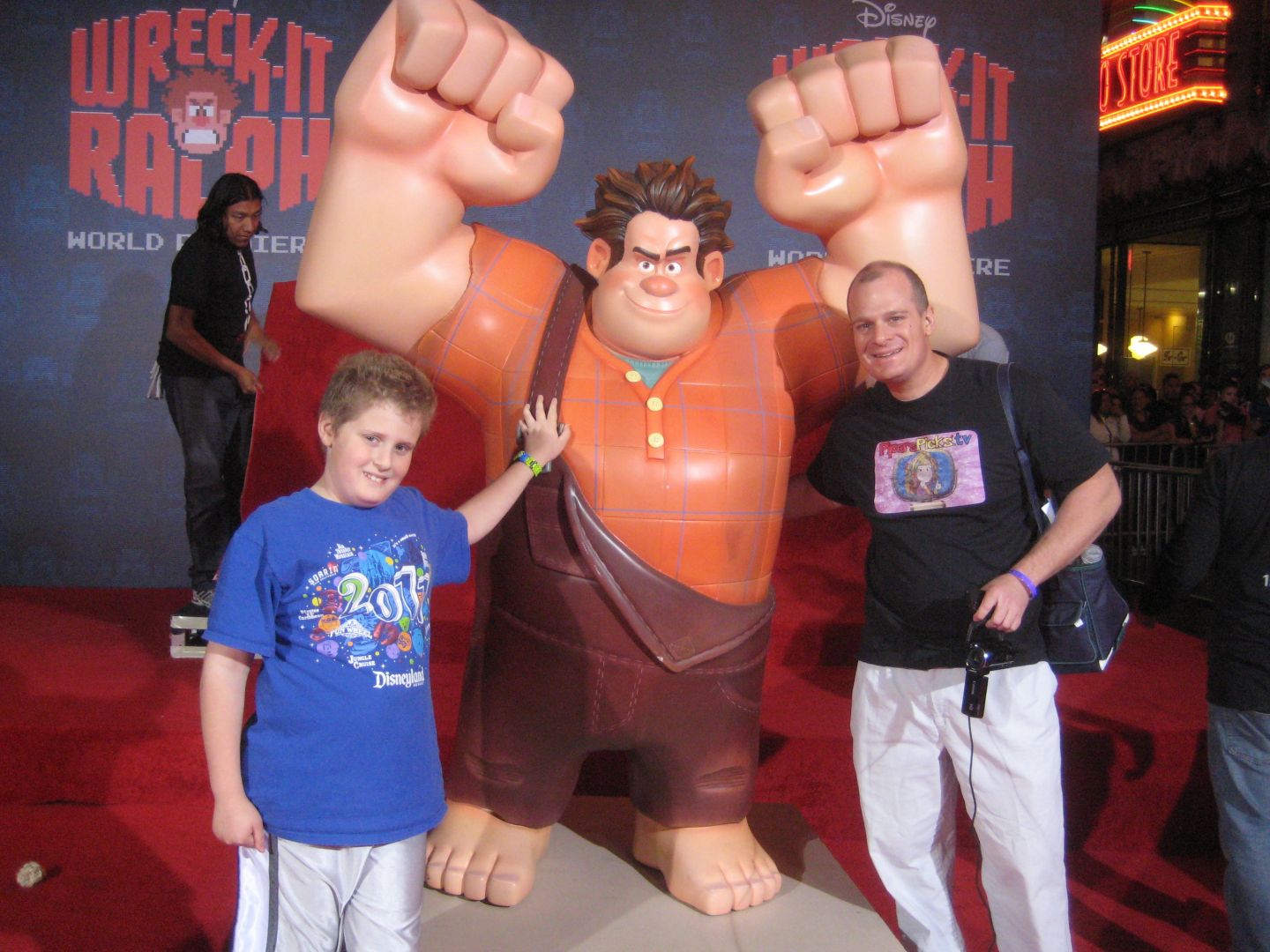 Shoutout is all about shouting out others who you feel deserve additional recognition and exposure. Who would you like to shoutout?
Hands down, my first shoutout goes to my wife, Stacey. She’s been by my side through all of the wacky twists and turns the Industry can dish out. People tell me I’m an inspiration for taking risks, but my wife is the real inspiration. Stacey’s able to take the Industry craziness in stride, stay positive, and kick butt in the REAL real world! It wouldn’t happen without her.

Shoutout to parents for endless love, patience, support and teaching me how to be good person. Simply, nobody has invested more time and care than my Mom. Our kids wouldn’t be who they are without her. My Dad gave me my compassion for people. He included me in everything he could from our family’s restaurant to working out at the gym (and even bringing trash to the dump). I’m so proud of him and lucky for the experiences we have together. The more I can be like my Dad (hard lead to follow), the better I am as a person.

Shoutout to my kids!. Piper has worked with me since she was little on this very long game, quirky PipersPicks.TV family project. We challenge each other…a LOT😂! I’m amazed at how much my princess is just like me, except beautiful, super-smart, and mega-talented. Parker may be the most self-aware person ever. He’s never let anyone’s opinion change his behavior, interests, or personality. He’s got a giant heart of gold, an amazing innocence, and a drive all his own. I’m amazed, endlessly proud and inspired by him.

Industry People: Swampy Marsh and Dan Povenmire. The way they treated Piper from our first visit to LA gave us a shining example of the good in the Industry today,
Annette Cascone. Annette couldn’t be a much closer friend to our family, a more brilliant writer, or better person to take on the Industry with. She’s 100% heart.
Paul James Houghton. Paul not only took a chance on Piper for From “Under the Bridge: When Bullies Become Trolls,” but he’s shown true friendship and selflessness in the short time we’ve known each other. He’s a visionary writer & director (and a great person to grab lunch with at O’Malleys). 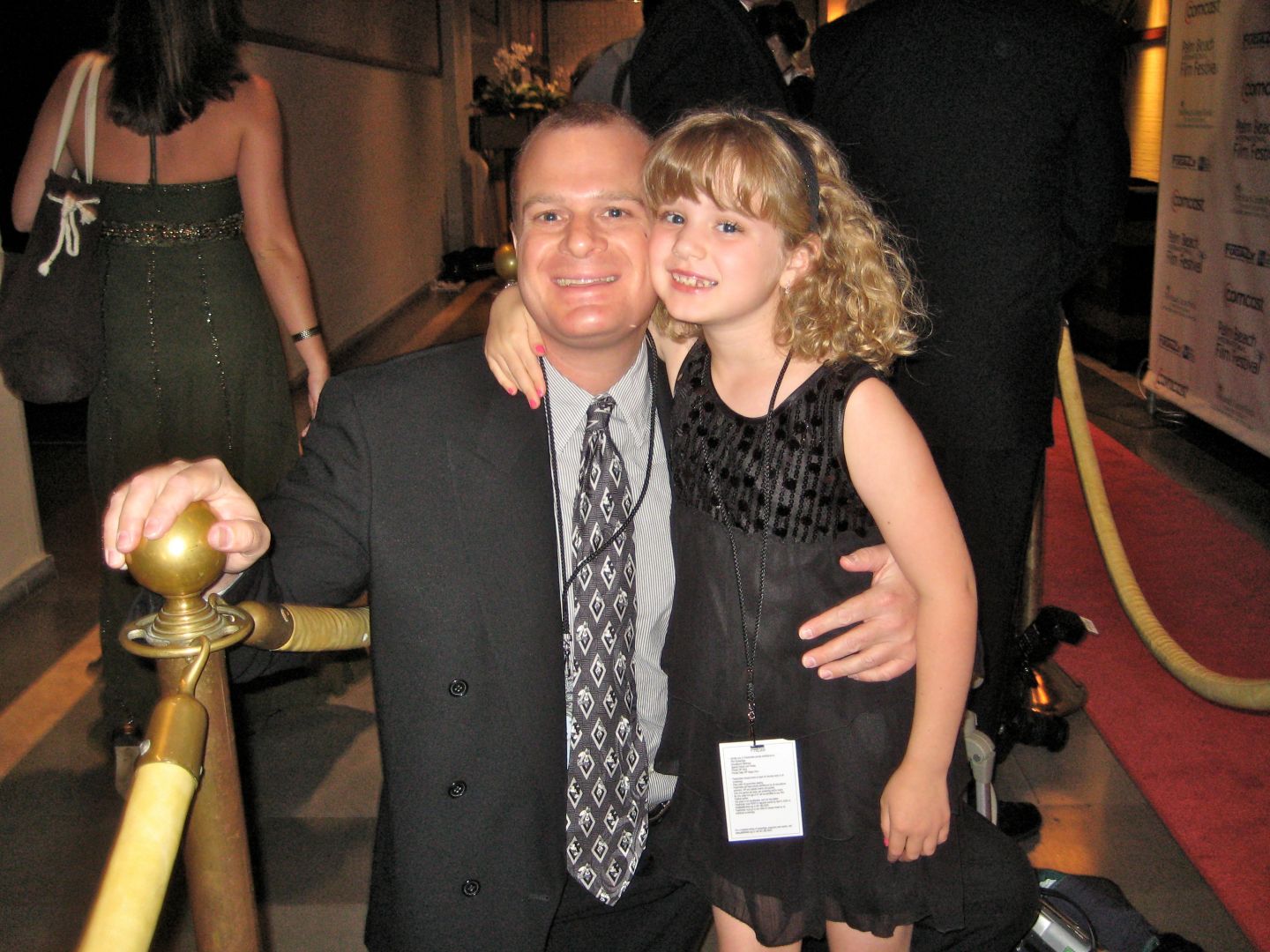 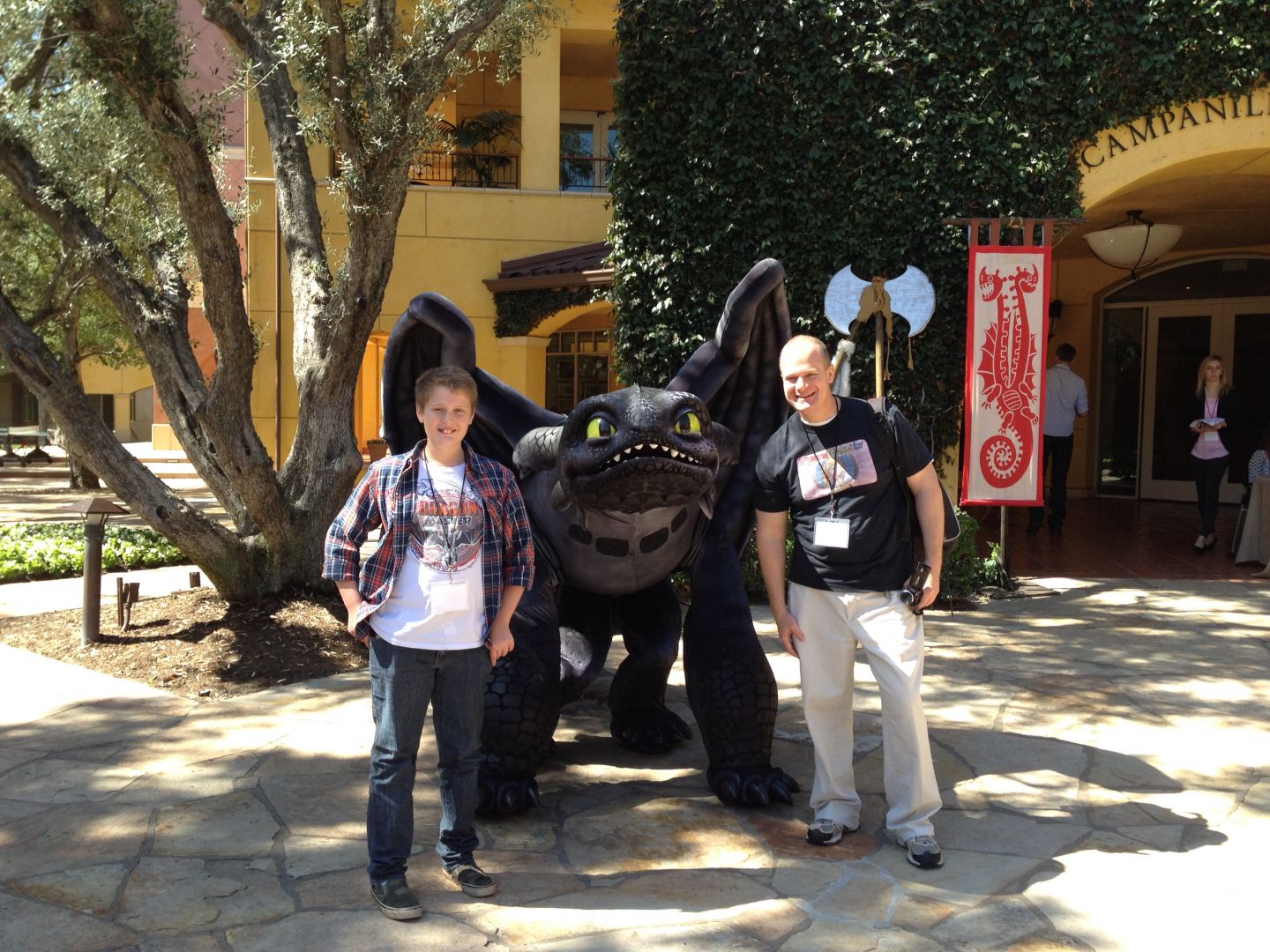 Other: Please also see @piperspickstv on all social media!