We had the good fortune of connecting with Alek Lev and we’ve shared our conversation below.

Hi Alek, we’d love to hear about how you approach risk and risk-taking
I want to make movies, TV shows, plays, and podcasts. The whole damn thing is risk. Luckily, it’s not, as they say, heart-surgery risk, or work-three-minimum-wage-jobs-to-support-a-family risk, so whatever risk it is, is acceptable. That said, deciding that my goal is to produce creative works that require financing and approval from an Escher-equse series of gatekeepers means that there is no established path to success, and there is the very real possibility that life will be a series of Really Good Ideas that Almost Made It but ultimately Didn’t Work Out. (I’ve mitigated this risk enough to provide for my share of the food, housing, and natural Sumatra coffee beans by working as a nationally certified American Sign Language interpreter for the last 20 years. The work is there, it’s challenging, and I’ve had the honor of interpreter for three presidents, two Broadways shows, and one Beatle.) But over the years I’ve been fortunate enough to have worked with amazing teams of collaborators to will into existence some creative, exciting, and (sometimes) remunerative projects. I’ve made movies, directed plays, and produced podcasts, enough to let me know that while the risk remains high, the path is not impossible. Moreover, and here’s what it comes down to: I don’t really have another choice. English and theater major, you know? I guess what I do is make stuff. I come up with ideas and push and push and push. And either the boulders get over the hills or they crush me. But then, whether flushed with success or bandaged and bruised, I come up with other stuff. There’s a risk that the paycheck won’t come in. There’s a risk that I’ll work on idea for a week, month, or a decade and it won’t ever leave my hard drive. But not only do the (however) seldom rewards compensate for the risk, the artist’s life I’ve chosen poses much less risk than the opposite: Never trying at all. 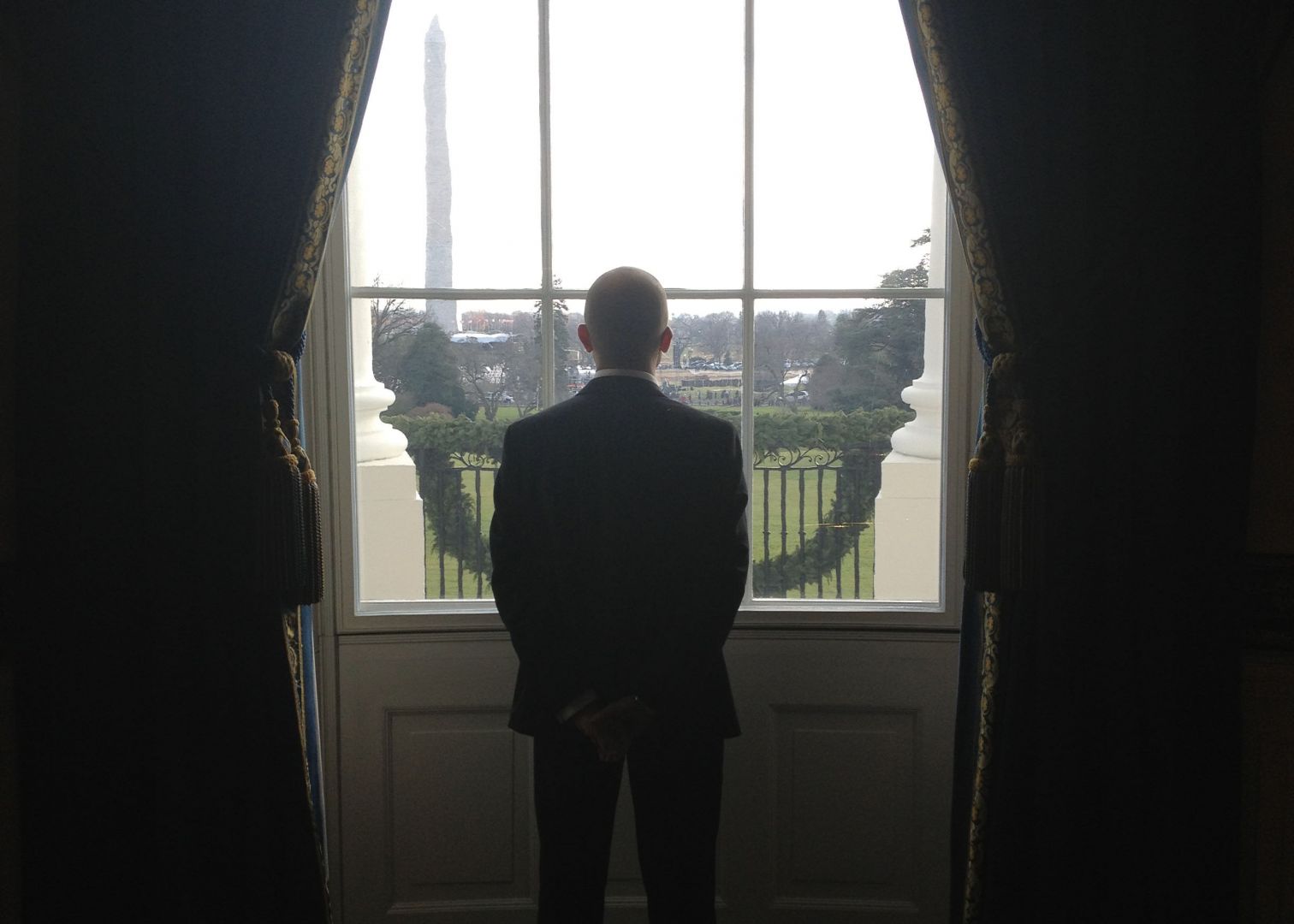 Let’s talk shop? Tell us more about your career, what can you share with our community?
My younger son’s name is Chaplin. I mention that so that when I tell you that I love old silent comedies, you know I’m not screwing around. I was even, for a time, a Vice President of the International Buster Keaton Society. So yes, I love silent films. Put a pin in that. Also, in the summer of 1995, and I interned at The National Theatre of the Deaf in Chester, Connecticut. I spend the next two summers there as well, finally being hired to tour with their acting company. It was there that I moved towards fluency in American Sign Language (ASL), and where I got it in my head that I wanted to be involved in Deaf Theater and other, ASL-related projects. I went onto work with Deaf West Theatre, and I directed a version of the Vagina Monologues in ASL (yes, just as awesome as you’d think), and even directed a worshop of an opera with a Deaf and hearing cast. And then I got a chance to be a part of something that put it all together. American Sign Language, Deaf artists, and silent films. I wrote, directed, and edited a feature-length black-and-white silent comedy called WHAT?. It tells the story of a Deaf actor, frustrated by the lack of opportunities in Hollywood, who decides to take matters into his own… hands. I’m incredibly proud of what we all made and the film will have its world premiere at the Dances with Films Festival in Hollywood on September 9th. It was a two year process, and a fantastic one. You go in knowing for an absolute certainty that you lack the two things you can’t do without: time and money. But we never could let ourselves say: “We don’t have enough hours or dollars, so we CAN’T do X, Y, or Z.” Instead, we had to say, “BECAUSE we don’t have enough hours or dollars, what CAN we do to make this story the clearest and the funniest it can possibly be?” The lessons learned were just that: Don’t be stressed over what you lack; be thankful for what you have and as my friend says, just see how much joy you can put into the world with it. Oh, and don’t write a script with so many locations. Rookie mistake.

Any places to eat or things to do that you can share with our readers? If they have a friend visiting town, what are some spots they could take them to?
The best thing to do in Los Angeles is to spend some time in the glorious sun, feast on the unending variety of cuisine, spend time with a city full of friends, and check out some celebrities… and you can do it ALL at Dodgers Stadium. That’s right, folks, after a brief 90-minute ride through apocalyptic ARE YOU F-ING KIDDING ME traffic, $25 parking, an easy half-mile uphill from the parking lot, $10 hot dogs (we call them “Dodger Dogs” to differentiate from whatever rat poison they sell in San Diego), $15 beer, and $150 swag, you will get to watch the World Champion, storied boys in Dodger Blue (we call it that to differentiate from whatever paint those Smurfs bathe in) play 9 innings at the stadium with the most beautiful backdrop in all of baseball. I guess you can also go to the beach, visit The Last Bookstore downtown, check out the observatory, the pier, and try some day trips to Bear Mountain and Palm Springs but REALLY, all that time could better be spent just up Vin Scully Way. It’s time for Dodger Baseball (we call it that to differentiate from what those whatever those cheaters on the Astros do). 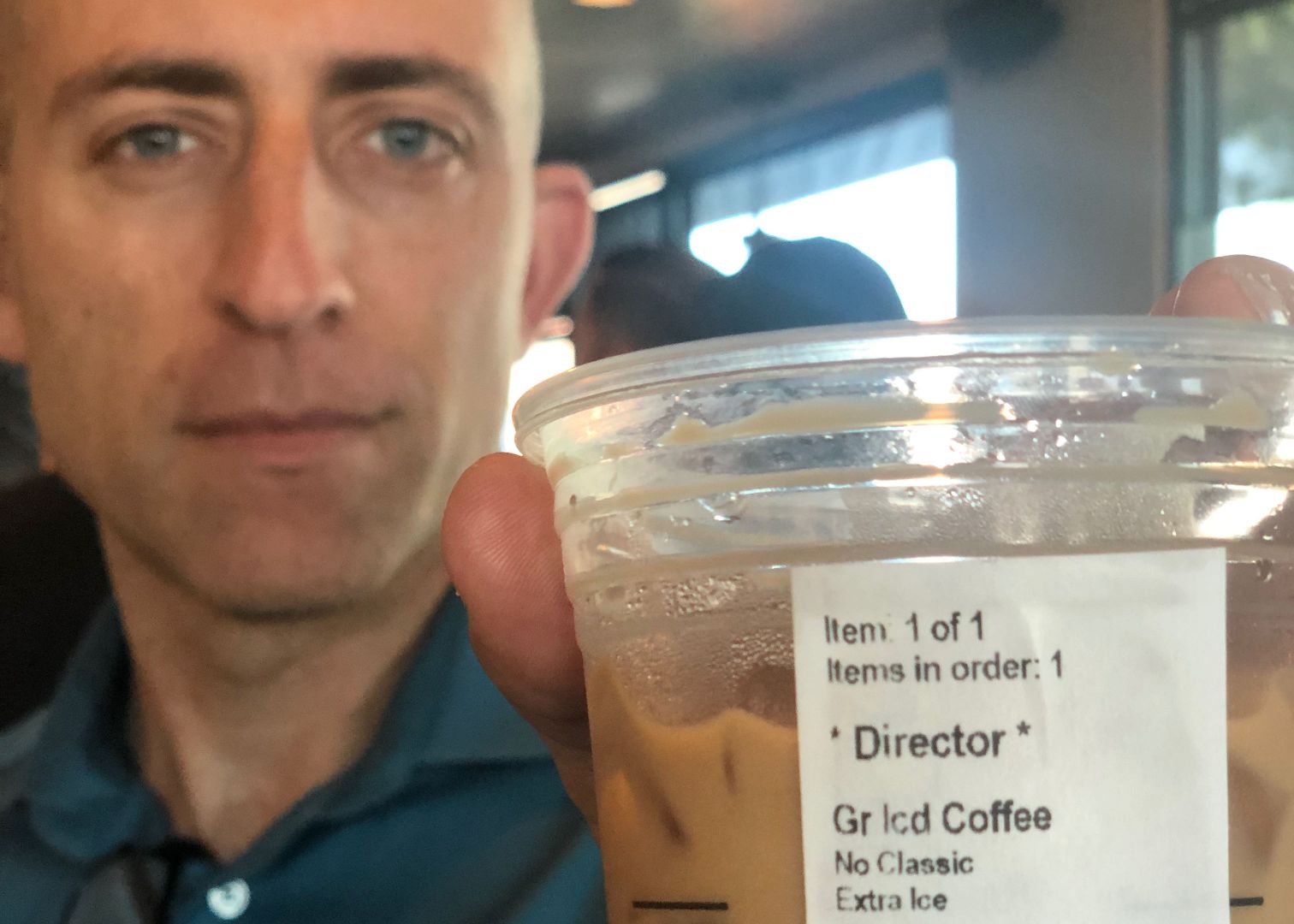 Who else deserves some credit and recognition?
There are two people without whom I would have no story to tell. They were both at my wedding, but in very different roles. First, there is Joel Viertel. The calendar – though I really think this damn calendar must be broken – tells me that Joel and I have been friends now for 40 years. There’s a photo of our earliest project, an impressive block build in our kindergarten classroom. From there came our 10th grade social studies project (Really? B/B+? Come on, Mr. Nanda), several projects in college, but then came Hyphenate Films, and our filmmaking work over the decades. He’s brilliant, he’s the greatest friend, and he’s an amazing writer, editor, and director from whom I’ve learned so much. And he was one of a few Best Men (extra shoutouts to Craig Thomas, Noah Garrison, and Carlo Hart) at my wedding. But the recipient of the Shoutyoutest of Shoutouts is my wife, Sara Lev. Having chosen this somewhat unpredictable artist’s life (see above), I’m constantly amazed that the woman I fell in love with at that table near the door at The National Theatre of the Deaf turns out to be someone who has been there with all the love, support, encouragement that a Risky Artist needs to be able to survive. She is, herself, an extraordinary teacher of both kids and adults, an amazing author (her first book is now available where fine books are sold), and – sorry to everyone else in the running, the decision was tough but – the greatest mother and wife on earth. Shoutout.