We had the good fortune of connecting with Alex Cap and we’ve shared our conversation below.

Hi Alex, why did you decide to pursue a creative path?
Music has always been a big part of my life. Growing up, my mom played piano, my dad played guitar, and they both sang. I began taking piano lessons when I was 4, and my siblings soon followed suit. I took note of film and video game scores and tried to transcribe some of those themes by ear in middle school. In high school, I joined band and choir, and my brother and sister were in the school band. Someone was playing, singing, or listening to music in our house daily. I recognize that not everyone has the privilege of studying music from such a young age, so I consider myself lucky to have been born into such a musically-inclined family. When talking about what we wanted to do after high school, a friend told me, “If you don’t pursue music, it’d be kind of a waste.” All this combined with my affinity for the piano led me pursue a B.M. in Music Performance at my undergraduate college. But it was at college that I discovered a new creative outlet – composing music for multimedia. In fact, the first video game I wrote music for was a game my aforementioned friend had been working on. Once I discovered this outlet, I shifted my focus toward film and video game music composition in the latter half of undergrad. After undergrad, I freelanced for 5 years before moving to LA to get my Master’s in Screen Scoring and follow this career more seriously. Now having been scoring multimedia projects for over a decade, I realize one thing I like so much about this work is that each project is a completely new challenge with its own set of problems to solve. These are sometimes problems that aren’t just solved with the right music, but by learning to communicate and work with all kinds of people and how best to satisfy each project’s vision. This variety of types of projects and the different approaches of each director never gets old and keeps me on my toes. The start of every new project is accompanied by the juxtaposition of so many contrasting feelings: the confidence that I’ve done something like this before and the excitement of coming up with something new, but also the insecurity of being greeted with an empty project (essentially starting from square one every time), and the pressure to be original while complementing and not distracting from the project. 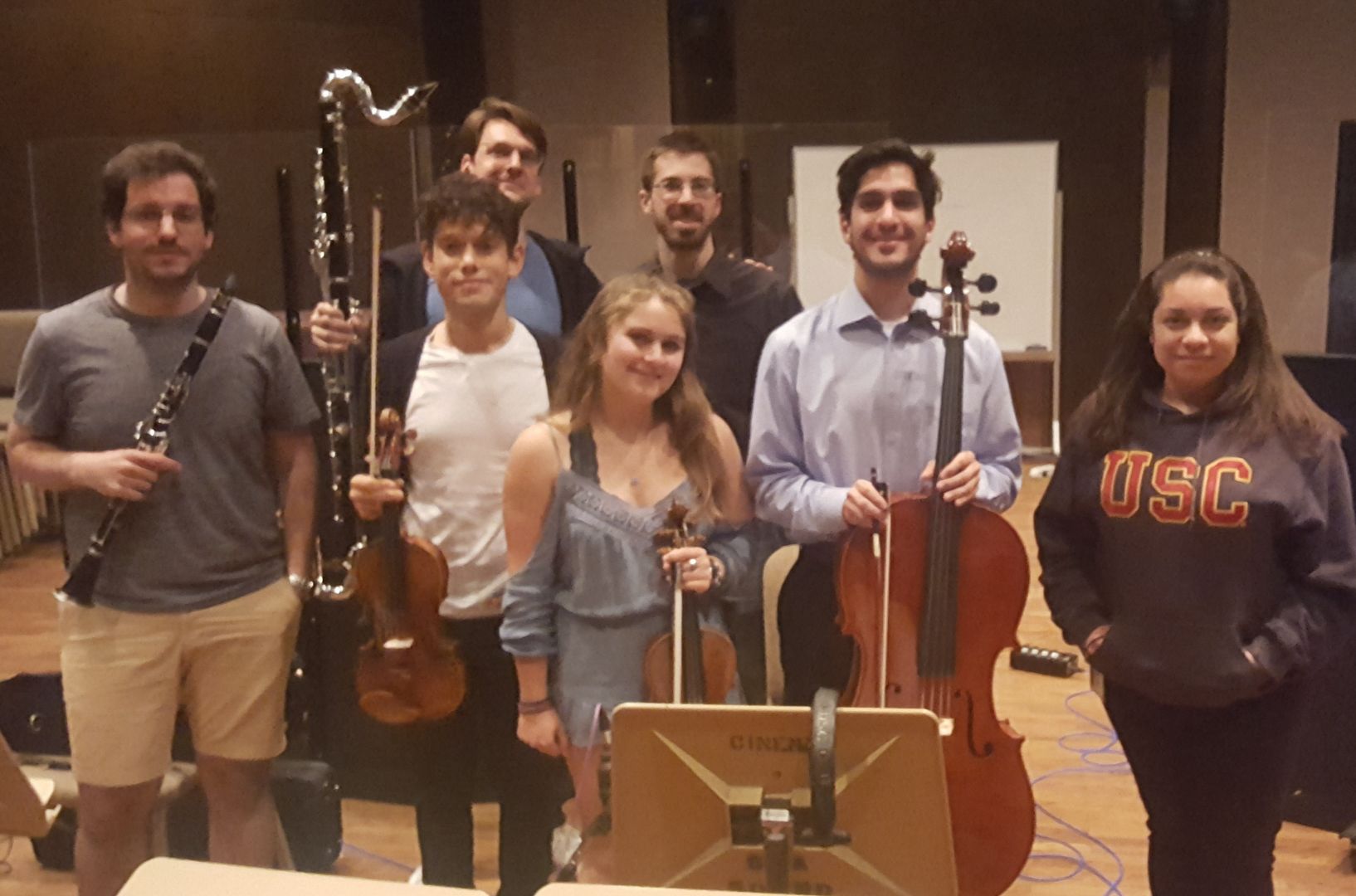 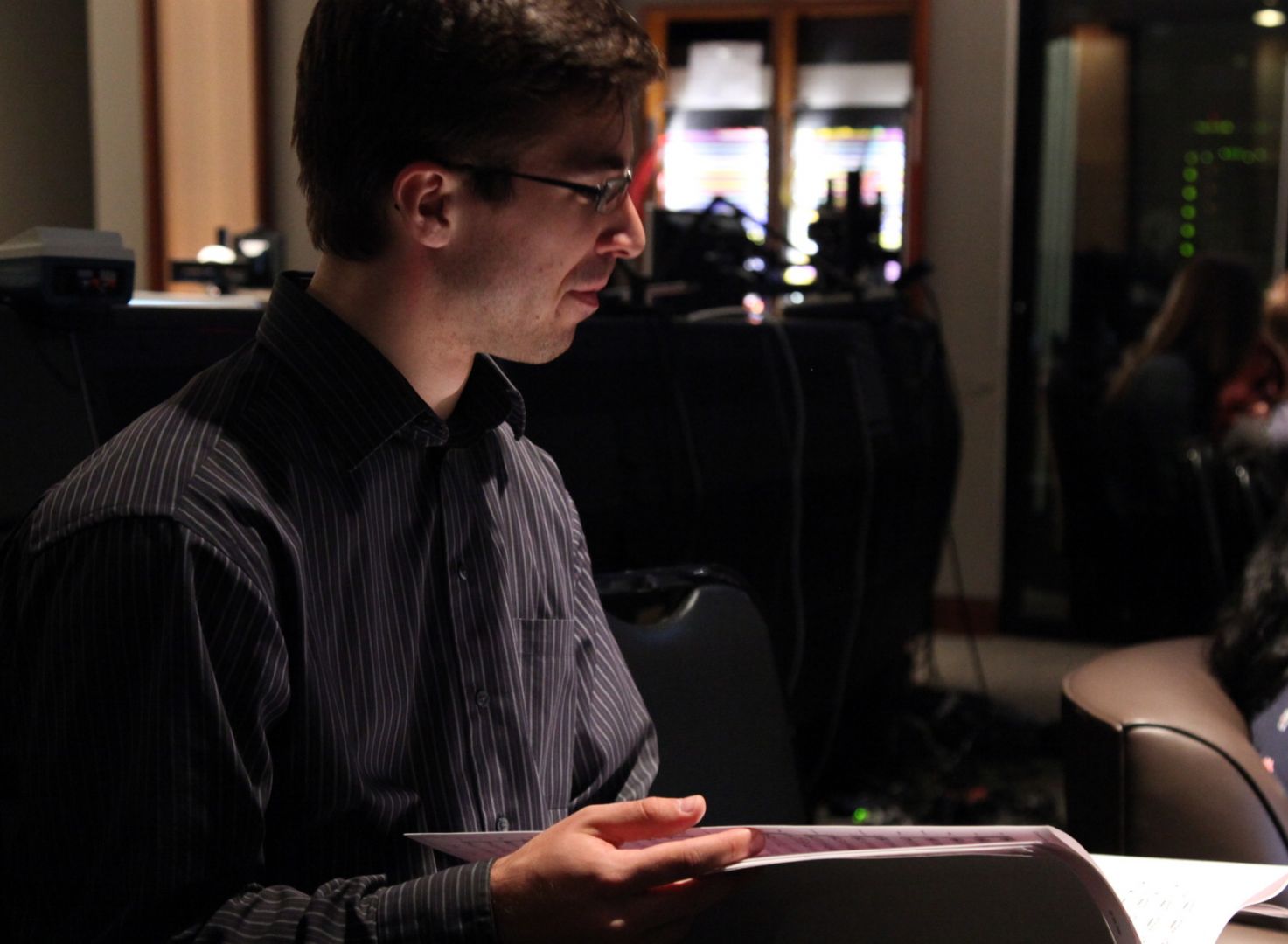 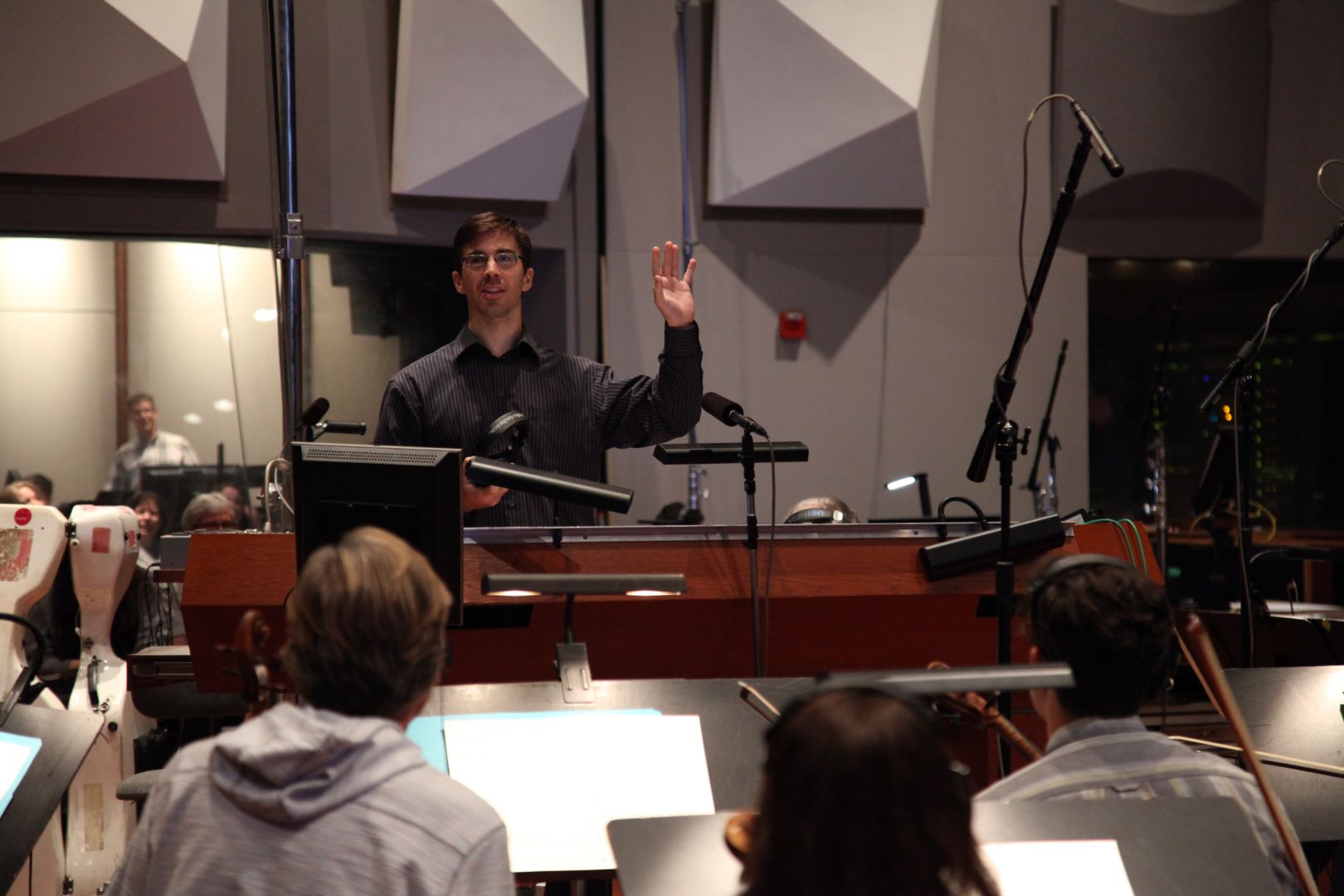 Can you open up a bit about your work and career? We’re big fans and we’d love for our community to learn more about your work.
I was by no means a child prodigy. I have a good ear, which certainly helps, but still had to work very hard for many years (and continuously still work) to get to my current level of competency. This has consisted mainly of long hours practicing piano, studying scores, and transcribing music. That being said, skill alone didn’t get me the opportunities I’ve had. The main reason I’m where I am is because of people who have either entrusted me with working on their project or have referred me to others who in turn have hired me. There are plenty of composers out there who are more skilled than I who are not working because they don’t know any potential collaborators. Related, I am not a natural networker, and this is a people business. It’s something I am trying to get better at, but I learned I have a hard time at large conventions and events and am able to integrate myself a lot more comfortably at smaller gatherings. What’s great about modern technology and programs is that it gives lots of people access to music-making tools they can use without the prerequisite of a music degree, and there are a lot of working composers who are self taught. However, because of my formal training and some experience in other areas such as jazz, pop, and musical theater, etc., I am able to fluidly traverse genres as well as easily absorb new styles of music. I have a wide array of musical tools at my disposal to essentially become a musical chameleon, which is oftentimes what a multimedia composer is required to be. Something I’m also proud of is being able to write music that feels like it is part of the project – woven into its fabric – rather than sitting on top of it and feeling like an arbitrarily needle dropped genre track. That is how the director and I both felt about my score to his indie Christmas romcom “Holly Star.” If you haven’t seen it already, you should check it out on Netflix the next time you’re getting into the spirit of the holiday season! As much as I enjoy writing music for films, video games, VR, and the like, the field of concert music is where I really feel my musical personality comes out. With multimedia music, I need to be creative within the confines of the project’s narrative and goals, but in concert music, I am unrestricted by screen or script and can craft my own musical story. In addition, on any given recent multimedia project, I might be able to hire a few live musicians, but writing wind ensemble, concert band, and choir music means it’s more likely I can work directly with musicians. This is invigorating not just because we speak the same language, but also because it gives me a chance to better learn how to write for each instrument in the ensemble and how they work as a whole. With all of my work, I hope to bring glory to God, however feeble my attempts may be. As a pianist, one small way I can accomplish this is by taking the spotlight off myself as the performer and shining it on the creator of the work. While it’s a veritable blessing to be able to play pieces written by the musical greats, it can be downright humbling being a composer taking part in the process of creation myself. Much of my work doesn’t contain lyrics, but music is a powerfully evocative form of communication on its own. Therefore, it’s my hope that I can somehow become a vessel through which at least some small bit of Gospel truth can flow on the current of this universal language. To that end, in some of my own scores, I have taken after J.S. Bach, who inscribed the initials “S.D.G.” (Soli Deo gloria – glory to God alone) at the end of many of his works. 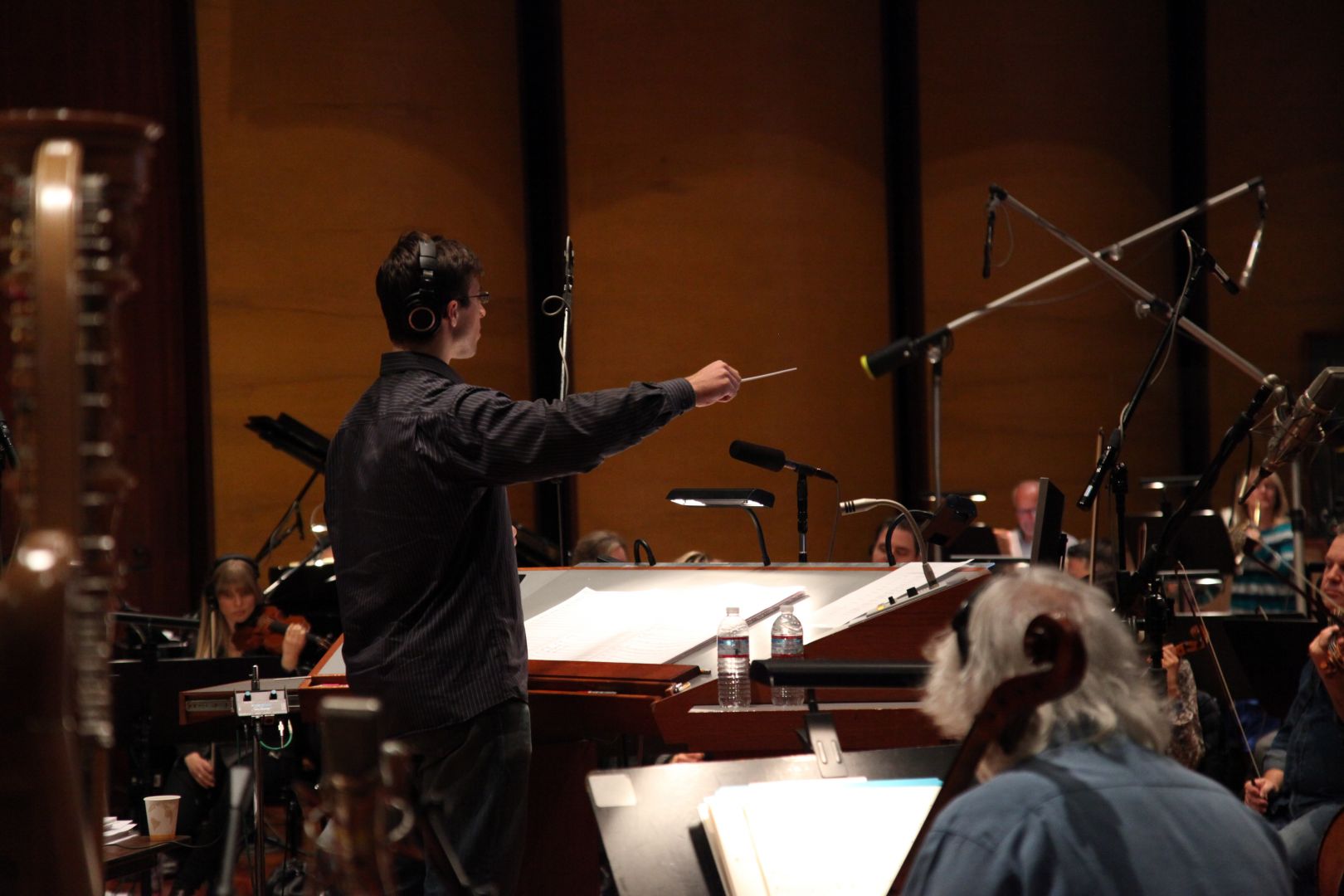 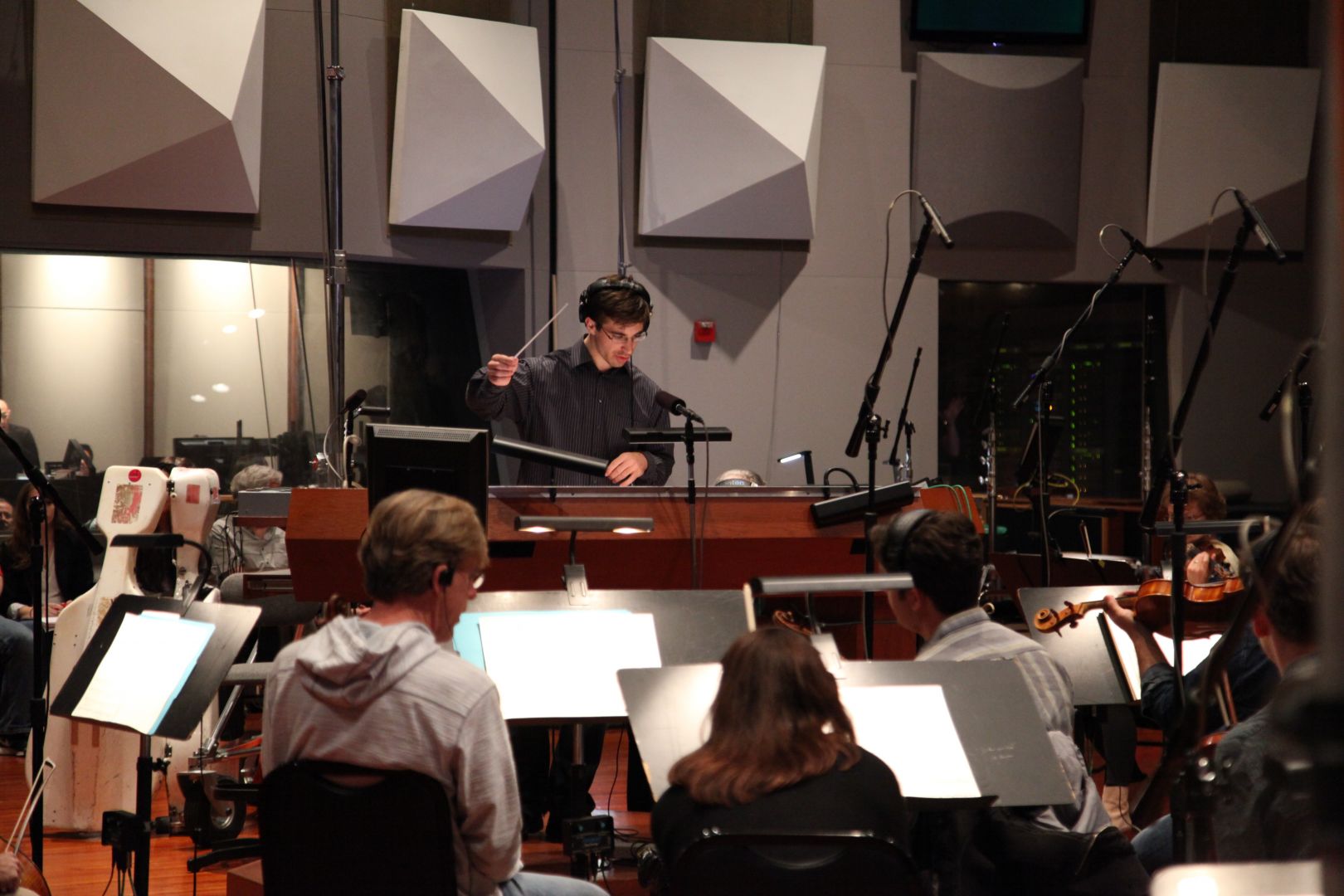 Any places to eat or things to do that you can share with our readers? If they have a friend visiting town, what are some spots they could take them to?
Assuming this friend is visiting post COVID-19… Don’t spend more than 1 day on Hollywood Blvd. – there’s so much more to LA. Nearby, you’ll find an In-N-Out, and for music lovers, you can easily spend a day at Amoeba. Catch an outdoor film screening at the Hollywood Forever Cemetary. On a separate day, hike Mt. Lee from the Bronson Caves to get behind the Hollywood sign. Explore Griffith Park and Observatory, the LA Zoo, or Universal CityWalk. You can also spend a whole day in Downtown LA, where you’ll find Little Tokyo, the Walt Disney Concert Hall, the Arts District, the massive Central Library, Pershing Square Park, and more. Whether or not you’re a beachgoer, I recommend taking the Expo Line train all the way out to Santa Monica, where you can see the various piers and boardwalks and catch an authentic west coast sunset. Also off the Expo Line is Exposition Park, where you can check out the Rose Garden, Science Center, Natural History Museum, and Coliseum. There are seemingly endless food options, but for a start, I’d recommend The Original Farmers Market by The Grove, pretty much any street taco truck, and Eataly. 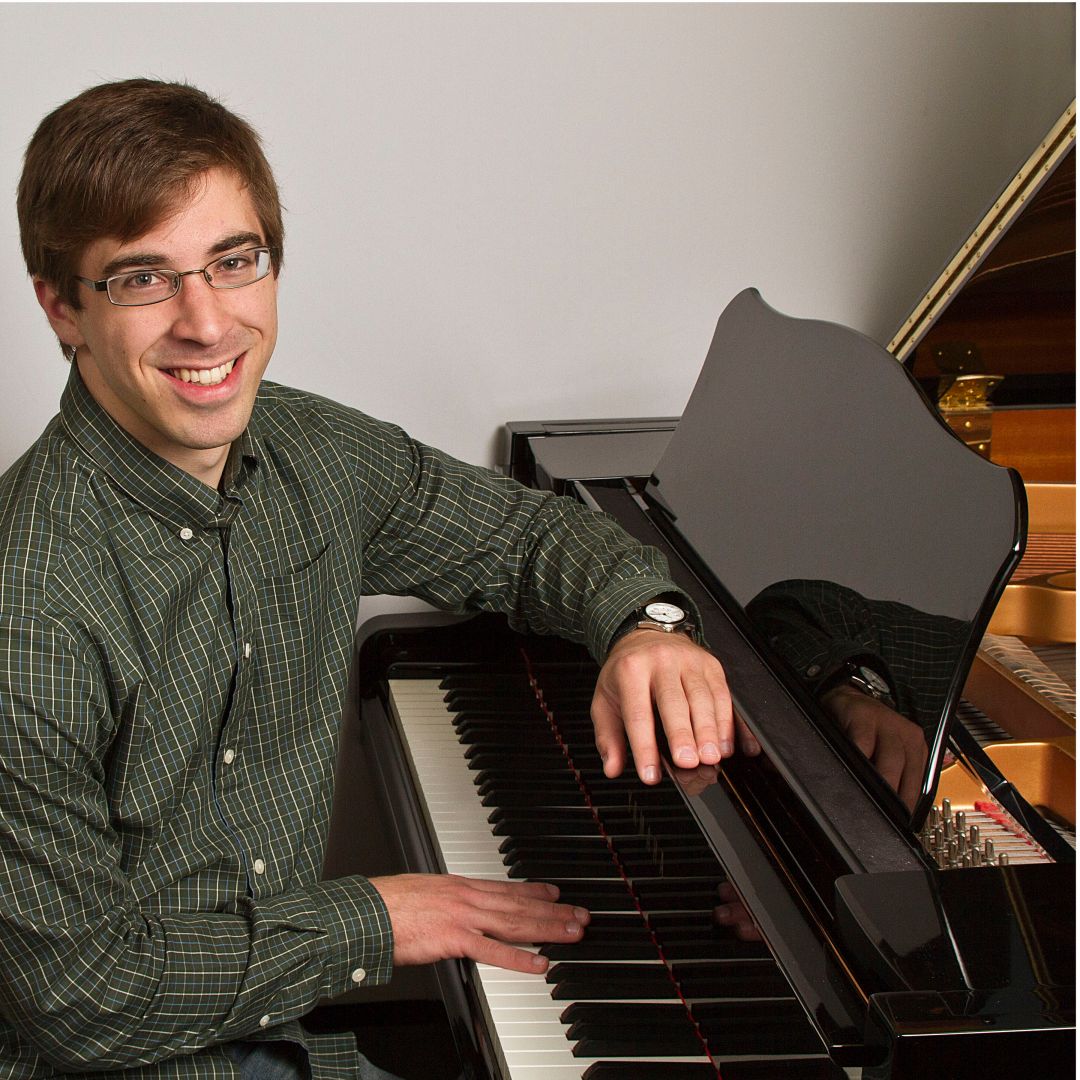 Shoutout is all about shouting out others who you feel deserve additional recognition and exposure. Who would you like to shoutout?
I spent a lot of time considering the decision to move to LA, but there were a couple individuals in my life who helped me make the decision and feel confident about it. I did an independent study in video game music at my undergrad, The College of New Jersey, with music technology professor Dr. Teresa Nakra. She then introduced me to Roger Neill, an LA composer known for his scores to 20th Century Women, Don’t Think Twice, and Mozart in the Jungle. Both reinforced that traveling to LA was the right move for me, but Roger gave me insight into a working “Hollywood” composer’s life and reassured me that I had the skills necessary to form a career out here. The generosity of time and advice of the mentor-types in my life have inspired me to hopefully pass on my knowledge (however limited) to other composer hopefuls facing the same unknowns I did.