We had the good fortune of connecting with Ali MacLean and we’ve shared our conversation below.

Hi Ali, why did you pursue a creative career?
I gravitated towards writing and acting at a young age to understand why people behave as they do and try to make sense of human emotions. Of course, my inspirations back then ranged from Han Solo, The Fox and The Hound, and Saturday Night Live.

I write to process the world around me whether external or intimate. It’s my passion and it has helped me recover from challenges that had stunted my life. However, these life experiences have raised my level of empathy and have strengthened my voice. The characters I write are multi-dimensional and often complicated because the people I know are.

Most recently I’ve been working as a playwright. I love the theater because I think it fosters empathy, something the world is short on these days. They say that when watching a play the heartbeats of complete strangers will synch together. I love that idea. I know that if I can reveal my difficulties and triumphs, or disclose my foibles in a play, it might free others f to speak about theirs. That’s what is needed to create community.

Creativity and humor can also be a wonderful outlet to work through dissatisfaction with things like relationships, society’s shortcomings…even the news. I’m always inventing other worlds and trying to solve this world’s problems over there. I don’t know if I have figured out all the answers but the ride sure is fun. 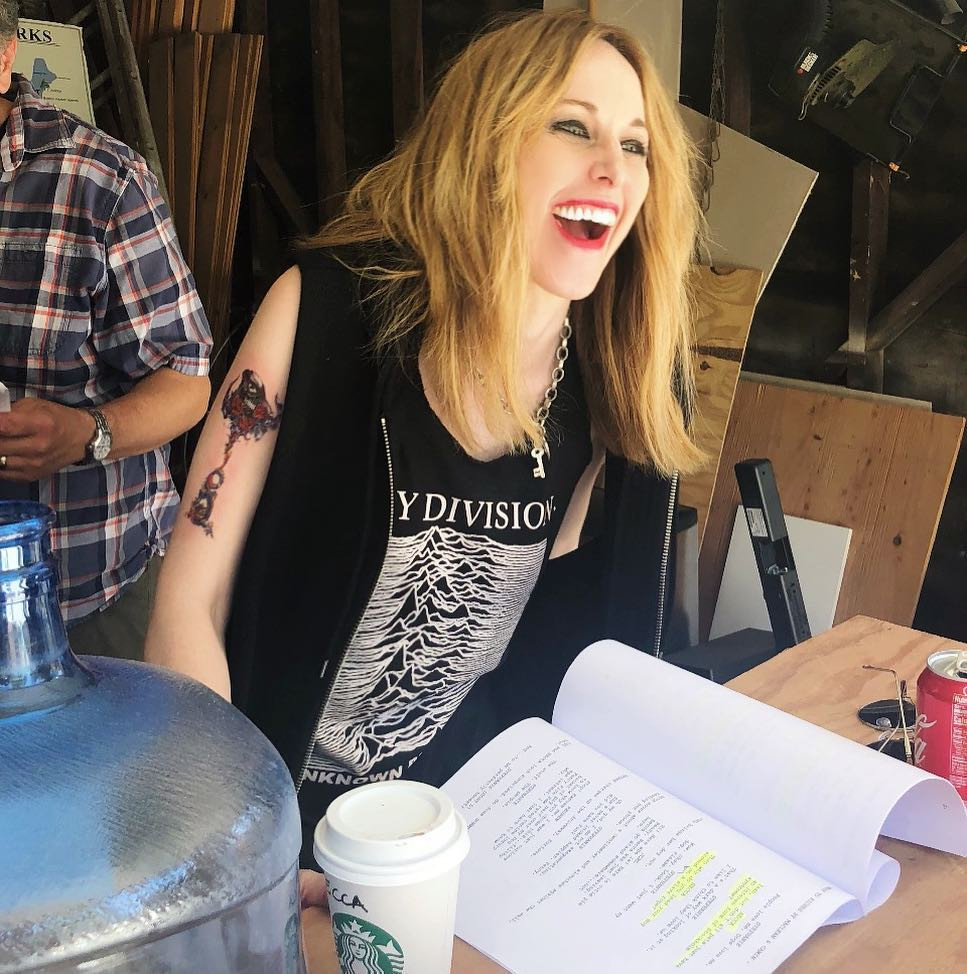 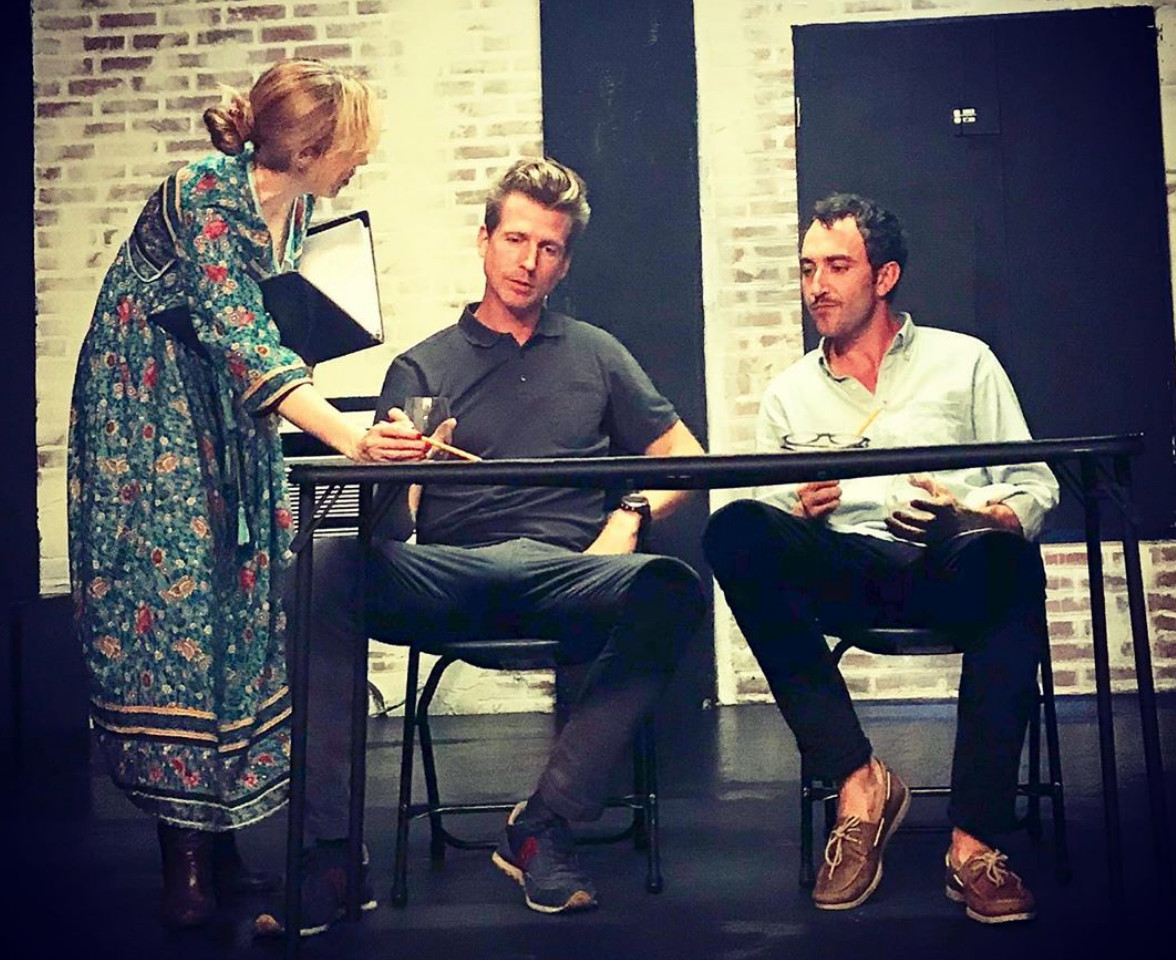 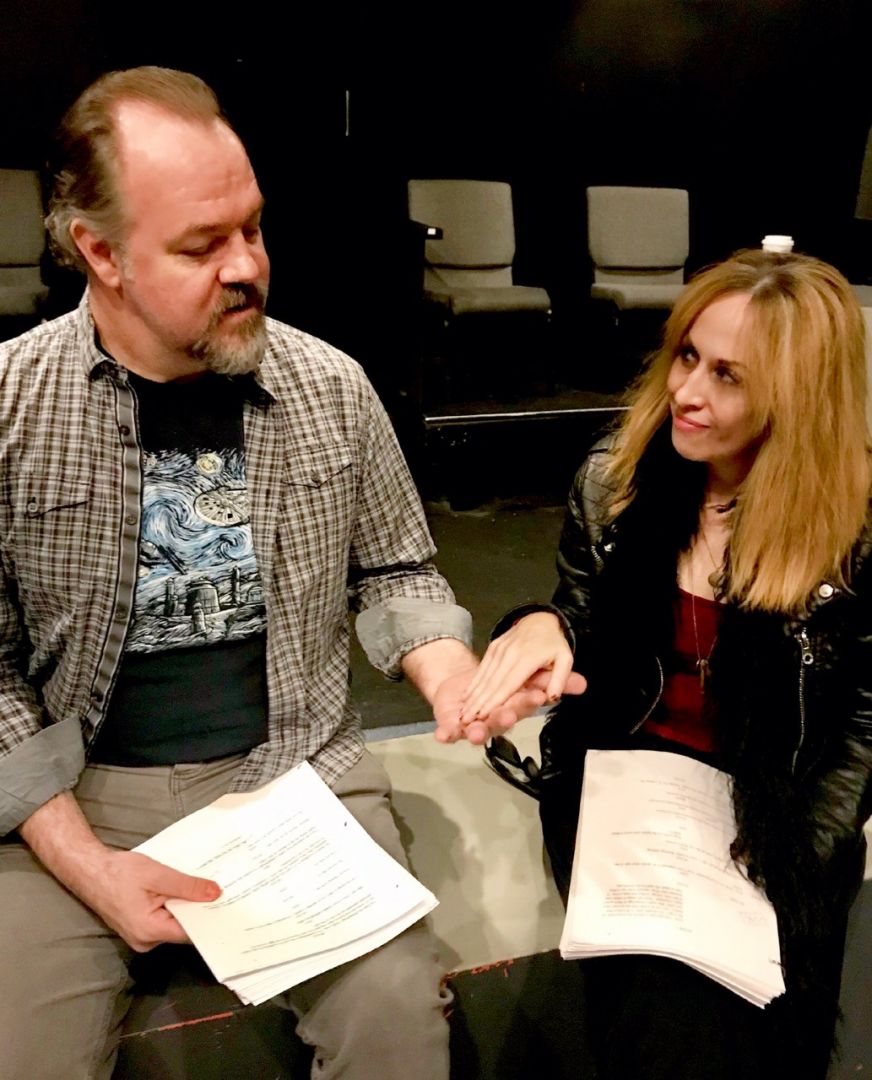 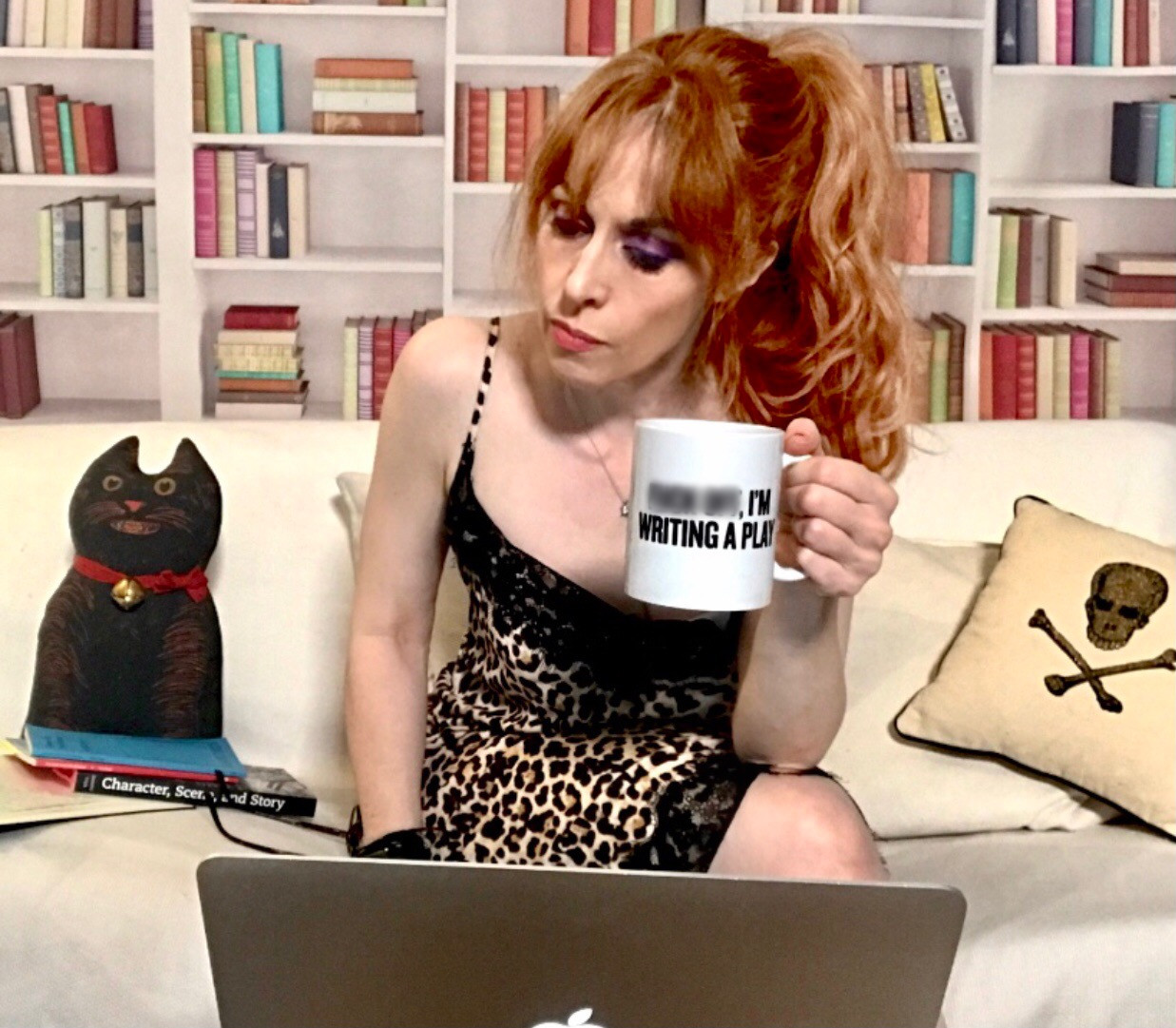 Let’s talk shop? Tell us more about your career, what can you share with our community?
I discovered in college that this is what I needed to do. After a performance of Vinegar Tom, by Caryl Churchill, I had a fellow student with tears in his eyes tell me the play made him feel differently about how he was treating women. This same guy was a huge chauvinist in my political science class and could not be swayed by any debate. I realized that if art can change people’s minds through emotion and empathy, then I am on the right path. Nothing about this career path has been easy. But in the end, it is worth it.

I am extremely proud of my play She’s Not There because it deals with the important subject matter of depression and suicide, a topic that often gets swept under the rug. It won the 2018 John Gassner award and She NYC Arts Award and has been workshopped in London. Our developmental performance in LA was followed by talkbacks with Didi Hirsch Mental Health Services. I have had people come up to me after readings of it and thank me because they have finally seen a representation of what goes on in their head. My goal is to have a tour across the country with talkbacks with a mental health professional so that audience members can connect and speak about how depression has affected them. The story is a deeply personal one, but I learned that by being vulnerable in my work, I was able to connect with hundreds of people, and ultimately help some of them. That is the best reward.

I formerly worked as a comedy writer, but now I tend to write extremely personal and unflinching, accounts of topics like mass shootings, incels, grief, toxic relationships, addiction, or America’s obsession with violence. I still deliver all of my work with a spoonful of satire or humor. I write about dangerous men and complicated women, and people who are stuck and can’t seem to get out of their own way. Essentially, I write about real people navigating tough societal situations and how that affects their lives.

Any places to eat or things to do that you can share with our readers? If they have a friend visiting town, what are some spots they could take them to?
I’m a creature of habit, so I tend to go to the same places.

However, if I were entertaining, I may do the following:
Fish and chips at Neptune’s Net in Malibu and a walk at El Matador Beach.
Paddleboarding in the Marina to visit the sea lions.
Go sing along with Rock Of Ages at The Bourbon Room.
Do shots with rock stars at the Sunset Marquis.
A play at The Geffen or Taper or one of the independent theaters like Antaeus.
A show at the Hollywood Bowl with sushi at Shintaro beforehand.
Brunch at The Alcove and then a walk through Los Feliz and a trip to the Observatory.
A Sunday brunch at the farmers market and then lazily browse the Fairfax Fleamarket.
Snow tubing at Mount Baldy, or if it is a different season, visiting one of the working farms to see llamas.

A winetasting at Pour House or Silverlake Wines and Dinner at Cliff’s Edge.

A long lunch with Instagrammable coffee at The Butcher, The Baker, and the Cappucino Maker.

Dinner at Clifton’s Cafeteria and then drinks with the stuffed animals.
A movie at The Vista or the American Cinematheque. Or a private screening at Soho House.
Visit Irma the piano-playing ghost to request songs at The Magic Castle, and then drinks at Yamashiro.
A swim in the saltwater pool and then dinner on the roof of the gorgeous Petit Ermitage Hotel.
Saturday morning Rock N Roll spin class at Made In LA. The best punk rock spin class in town.
Karaoke at Brass Money and when we get kicked out there, cheap drinks at the HMS Bounty. 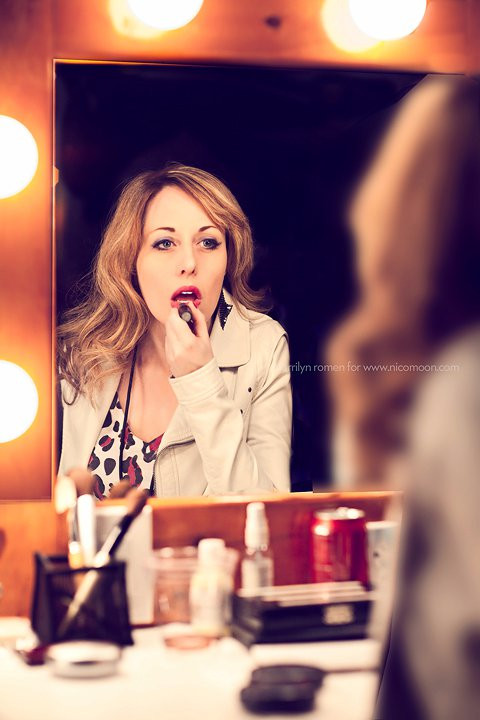 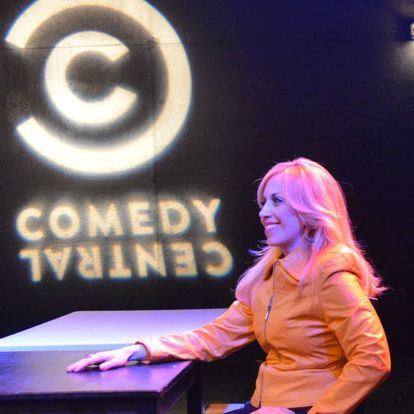 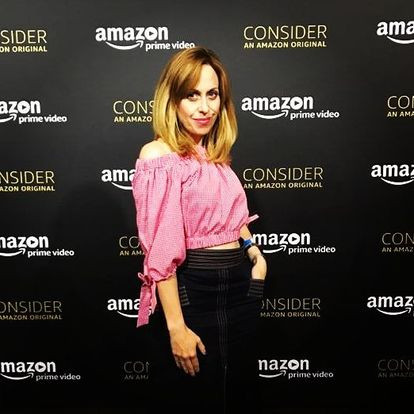 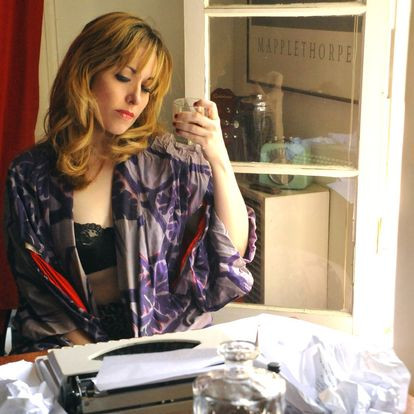 The Shoutout series is all about recognizing that our success and where we are in life is at least somewhat thanks to the efforts, support, mentorship, love and encouragement of others. So is there someone that you want to dedicate your shoutout to?
It takes a village to raise a creative person. There are so many people I could shout out to. Antaeus Playwrights Lab, She LA Arts, The Yard Theater, EST Playwrights Unit, The Honor Roll,  FKR TV, The HBO Workspace, the Comedy Central Stages. Amazing collaborators like Phil LaMarr, Rob Nagle, John Ennis, Tony Camin, Jason Weiss, David Avallone, and James Urbaniak. And mentors like David Kline, Laurie Bernhard, and Les Plesko.

But today I want to shout out to Mark Armstrong and everyone at 24 Hours Plays. It was just the one-year anniversary of their 24 Hour Viral Monologues. When COVID hit and the theaters were shut down, Mark kept theater going by setting up virtual collaborations between playwrights and actors across the country. With an introduction and prompt, and little less info than given on a blind date, the writer and actor have 24 hours to come up with a 5-10 minute piece and film it. The monologues are released on one day, and proceeds go to a different charity each month. Not only are the performances and writing fantastic, but the entire event gave an outlet of creativity to so many artists who were isolated and furloughed. You can check out archived monologues and new upcoming plays at http://www.24hourplays.com/