We had the good fortune of connecting with Alli Elizabeth and we’ve shared our conversation below.

Hi Alli, is there something that you feel is most responsible for your success?
I think the most important factor behind my success is being flexible and able to adapt. Throughout my journey with this career I have found that I am constantly learning something new, and working with all different types of personalities. To me, being willing to admit that I don’t know everything and learn from those around me has always propelled me forward. When I started my career I was convinced that I would only do makeup, and I would never do hair. However, very early on I learned that in the market that I was in at the time (in Miami, FL) I was almost always called on to do both. So I went out in search of people to assist and classes and workshops that I could take along the way. I wound up assisting some of the best hairstylists around very early on and that really helped me to gain confidence along the way and to take jobs that I never would have been able to take otherwise. Likewise with makeup, I learn something new on every single job it seems. I assisted for many years and of course was always learning from my mentors along the way. Now that I am able to have my own assistants on some jobs these days, I find that I am still constantly learning new tricks from them as well. Basically never stop learning, and always be willing to adapt to the people around you in order to do the best job possible. 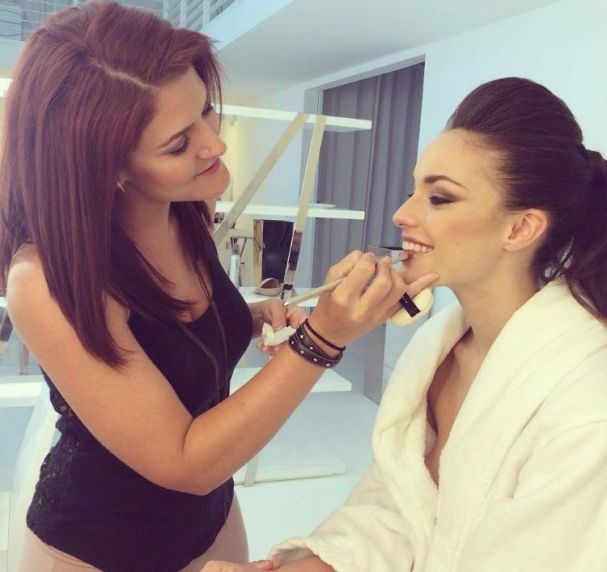 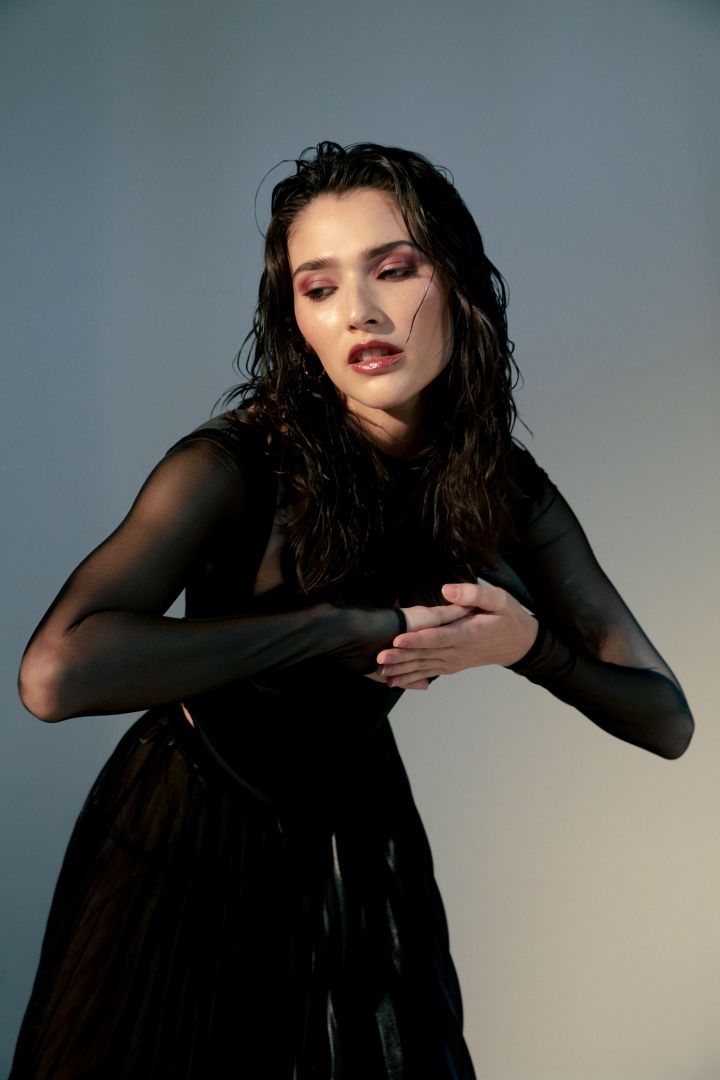 Let’s talk shop? Tell us more about your career, what can you share with our community?
I have always been in a creative world as long as I can remember. I started off performing with local theatre groups in the 7th grade, and from that moment on I always knew I wanted to be in some type of creative field. When I was younger I always thought I would be a performer, so when I went away to college, it seemed only natural for me to get my degree in Theatre. However, during my Sophomore year I had to take a stage makeup class as part of my curriculum. We learned basic makeup techniques for the stage: highlighting and contouring, old age makeup, how to apply and make fake beards, and then we took molds of our face to make latex prosthetics. That was it, I was hooked! Before that moment, I never even really realized that makeup could be a career. I grew up always watching tons of horror movies, and loved all the old Ve Neill classics like Beetlejuice, Edward Scissorhands, and Lost Boys, but this class was the first time I saw that as a real option for something I could do with my life! I grew up in Birmingham, AL so I didn’t know anyone else who had taken this path, but I knew it is what I wanted to do. So, I finished my degree, and then I saved money for a year (my parents said if I saved up half the tuition for makeup school, that they would pay the other half) and so that’s what I did! I went to school at Joe Blasco Makeup Center in Orlando, FL. I really wanted to go to school out in LA or New York, but it was all so expensive and far away so I settled on Blasco. I’m so grateful for this, b/c I was able to work with Universal for Halloween Horror Nights, and designed wigs, costumes, and makeup for Arabian Nights Dinner Show while I was there. It was a crazy introduction to a different side of the industry. I worked those 2 jobs for a while, and eventually found myself in Fort Lauderdale, FL where I started working with MAC Cosmetics. I learned so much while working at MAC, it was just invaluable. There I got to actually do makeup all day everyday, on different faces, different skin tones… and I really learned to listen to what the customer wanted. I did this for a few years, and eventually left that to start my freelance career working in production. However, I still credit MAC to this day to helping me improve my speed and technical abilities as an artist. While I still lived in Florida, I Keyed several different films, and tv shows before eventually making the move to LA in 2017. Now I find myself splitting my time mostly between commercials and commercial print work. Mostly though, I just love working on set! I love meeting new people, and all of the places that we get to go to shoot! This career has taken me all over the world, I’ve been lucky enough to work out of state, out of country, and just to travel and see things that I never imagined growing up. I am so grateful every day to be able to wake up and do what I do and help people feel good, and create art with fellow creatives. 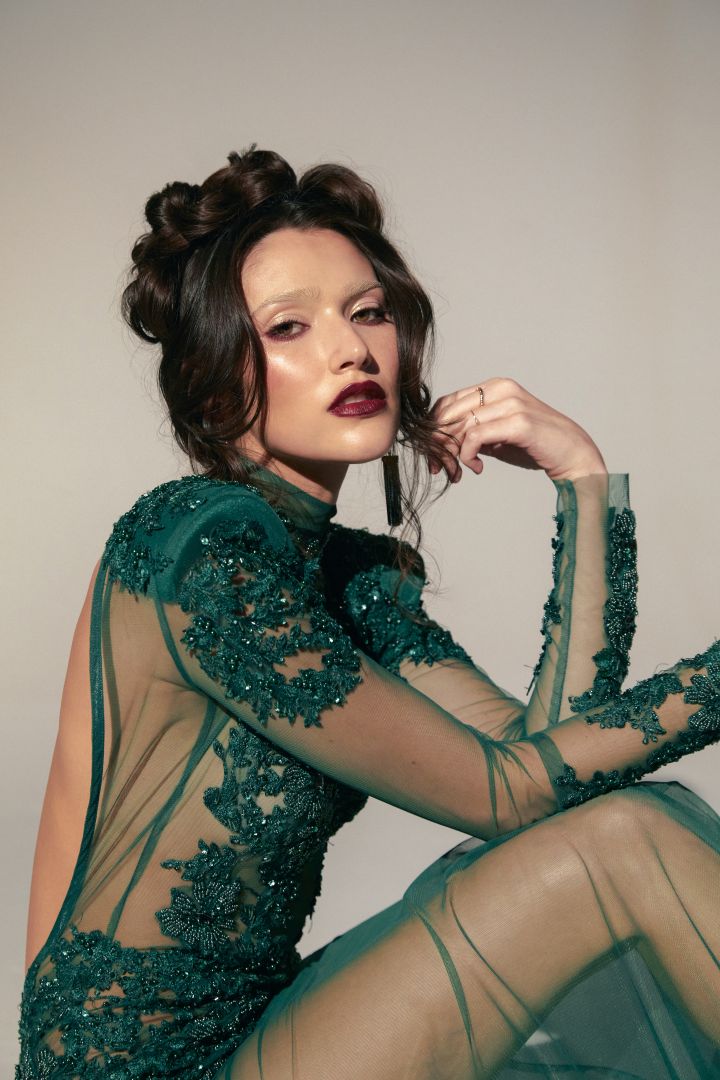 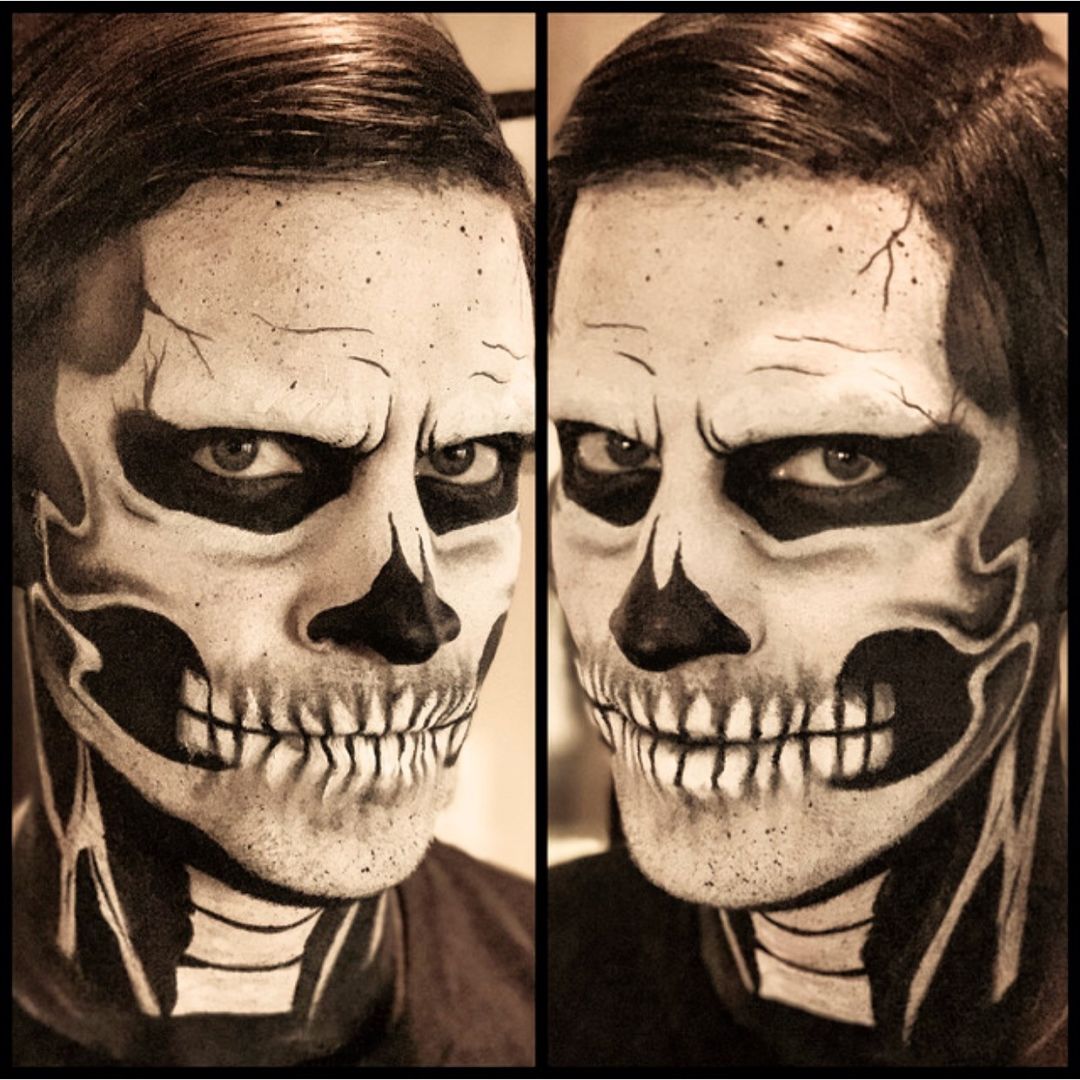 Any places to eat or things to do that you can share with our readers? If they have a friend visiting town, what are some spots they could take them to?
I’m always torn on what to do when friends come to visit from out of town because we just have so many choices of fun things to do here in LA! Food wise, I always like to try and take people to Aroma Cafe in Tujunga Village. The food, coffee/tea, and ambiance here is one of my favorite in the city, if you go early in the day, you can have a pretty fantastic breakfast or brunch out back on their little hidden patio. Another favorite place to eat that I love is Louise’s Trattoria in Larchmont Village! Louise’s is a tiny little hidden gem of an Italian spot nestled right in along Larchmont Blvd. Their food is so yummy, and they always have great specials on wine! If we make it out to the water on the west side, there are 2 places that I love to show people. One being Duke’s for the obvious gorgeous oceanside views, and delicious food, and the other is a more hidden spot for locals in Malibu. Howdy’s Cafe is located within the Park at Cross Creek in Malibu, and here you will find their famous sushi burritos! If you haven’t tried one of these, I can tell you, you are missing out! Definitely a little hole in the wall to stop and check out the next time you’re in Malibu. For drinks and fun, I am usually pretty low key and like to hang around local spots, so we often will hit up the Thirsty Merchant located right off Riverside in the Valley. They have great drink specials and happy hour bites, but mostly they have corn hole, tons of tv’s to catch the game, and board games to pick and choose from for entertainment while you’re there. As far as things to do, it’s cliche, but I always take people to Griffith Park for one of the best, and easiest accessible views of the city. If someone is visiting in the summer, then we would absolutely have to go to Hollywood Forever for one of the movies in the cemetery. That was one of the first things I did when I landed in LA, and nothing feels more quintessentially LA than that to me. Take a cooler, and some snacks & drinks and get there early, so you can save your spot in line to get the best spot once the gates open! The last thing that I say you have to do if it’s the right season is to head to a Dodger’s Game & grab a beer and a Dodger Dog!!! 🙂 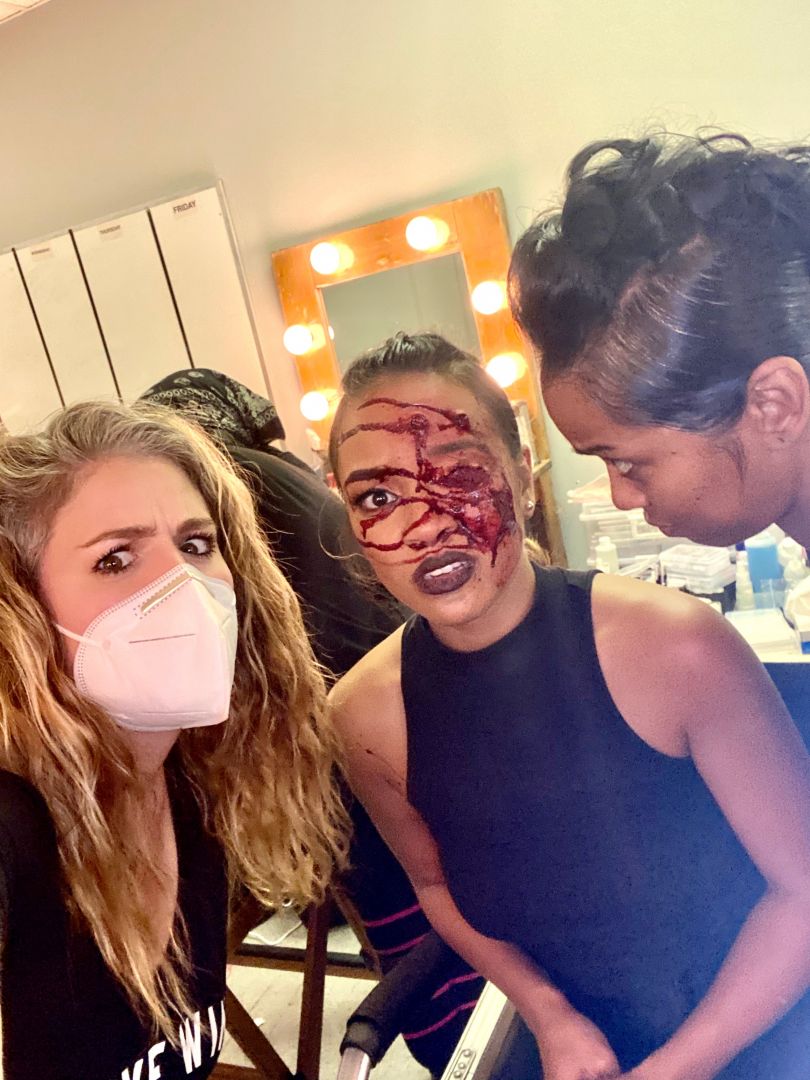 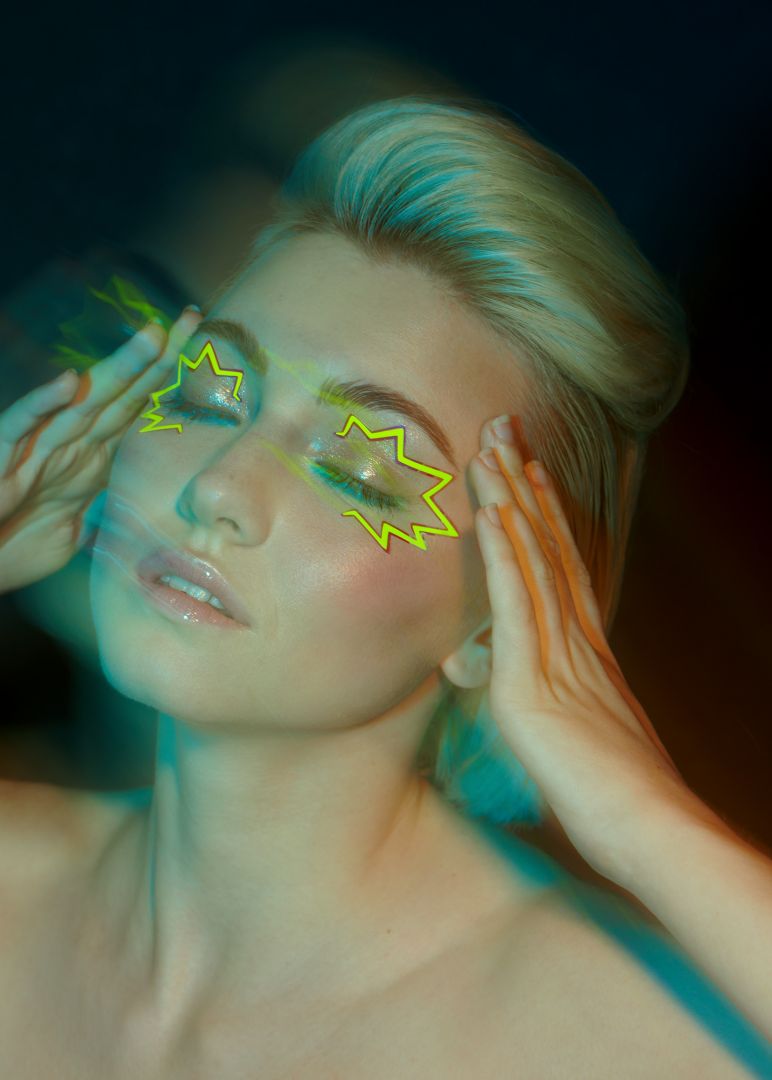 The Shoutout series is all about recognizing that our success and where we are in life is at least somewhat thanks to the efforts, support, mentorship, love and encouragement of others. So is there someone that you want to dedicate your shoutout to?
What they say about this industry is really true… “It’s all who you know!” This is so very true, but it’s also all about who you meet along the way and who really believes in you when maybe you don’t believe in yourself. I met my fiance, David, on a feature film that we worked on together almost 6 years ago in Miami. He saw something in me and believed so much that I should be working in LA. After we wrapped from shooting our film, he convinced me a few months later to come and visit LA for the first time. On that same trip, I reconnected with another artist, Justin Tyme, who I had met about a year earlier on a job for Hermes in Miami. Justin lived in LA at the time, and a few months after my visit, he reached out to me and offered me a spot on his team for a large job shooting in LA that next month. B/c of that one job, I flew my kit to LA to just feel things out, and through a series of happy accidents I wound up working for almost 2 months straight. After that, I sold everything I owned that wouldn’t fit in my car and moved across the country to LA. I might never have made it out to LA, had it not been for David’s belief in me and total support, and Justin offering me a chance to come out and work for that one day. After that there is a very long long list of other artists who have helped me along the way, I’m very blessed to have a large network of artists that I work with regularly and consider friends and colleagues. I am so grateful for all the artists and mentors who have helped me along the way in my career. 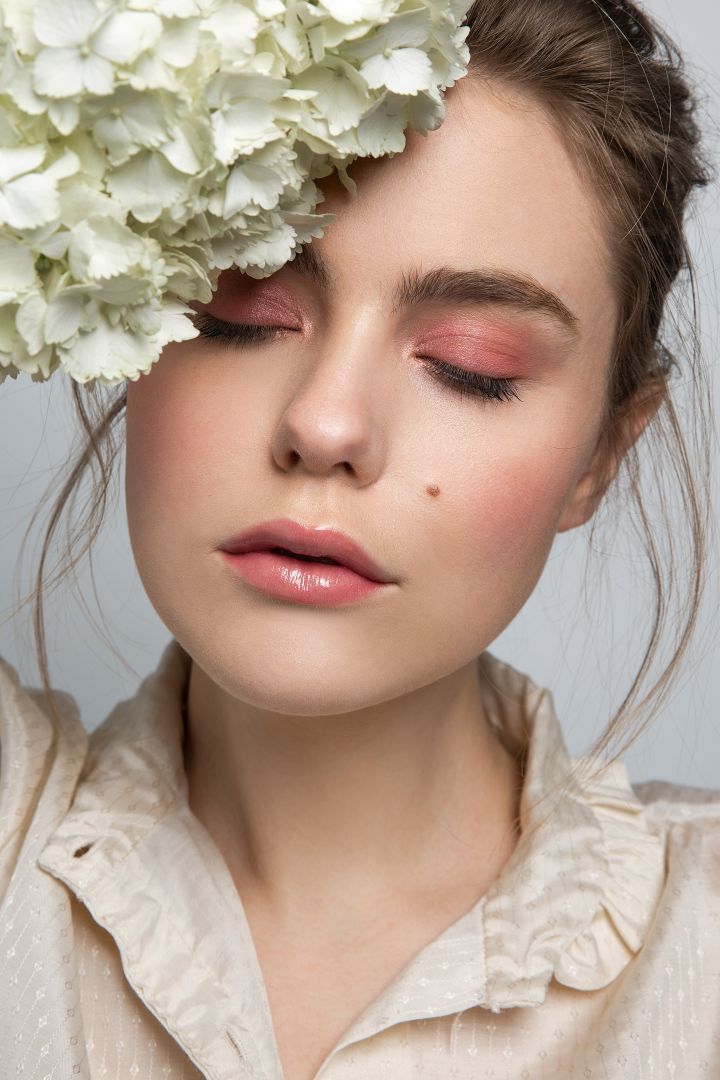 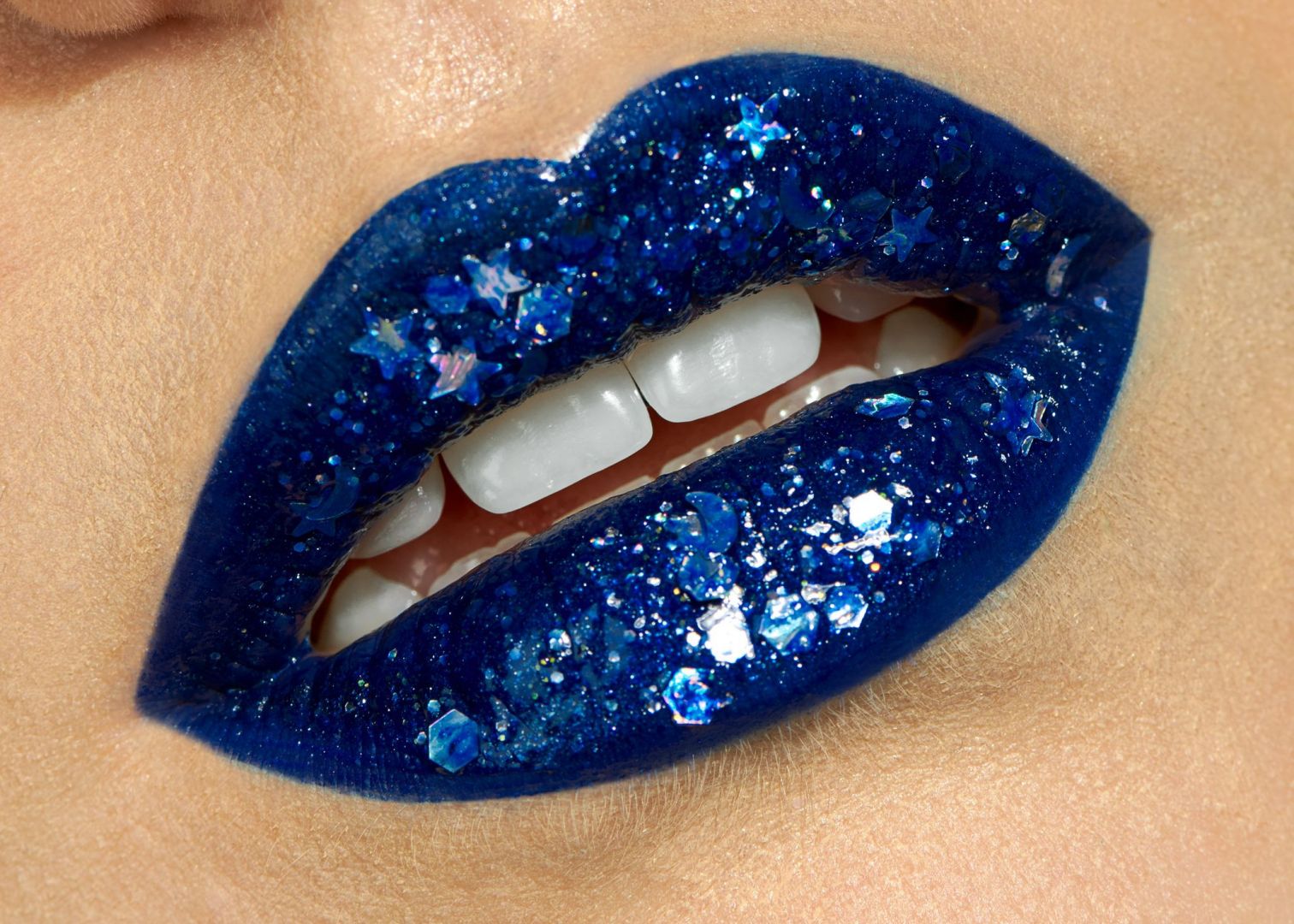