We had the good fortune of connecting with Alyssa Jacey and we’ve shared our conversation below.

Hi Alyssa, what role has risk played in your life or career?
I am SO drawn to SEVERAL of these questions. It was extremely difficult to narrow it down to one, but if we have a live interview at some point, I’d love to answer more. I chose this one because risk-taking was the catalyst for introducing me to the music industry. I’m from San Diego, CA. In 2003, I was 23 years old. I had auditioned for, and made the Super Bowl dance team. I danced in the pre-game, National Anthem, and half-time shows. I was going to college, teaching dance at schools and gyms, and giving private lessons, but felt in order to take it more seriously, I should move to LA. It was a few months before I turned 24, when I moved. I quit school, and told myself I was going to be a professional dancer. The problem with my mentality back then, was I lacked confidence in my talent and – I can say this now – I lacked work ethic. There was SO much more I could have been doing to make my dance career work, but I chose just about every excuse under the sun to not work, instead. One of my several part-time jobs I had while in LA, was a cocktail waitress. I worked on the infamous third street promenade. While cocktailing one night, my co-workers approached me and said, “We’ve heard you singing to yourself. You have a good voice. We’re going to start hosting karaoke here Wednesday nights beginning next week and you’re going to be the first person to kick it off.” They literally did NOT give me a choice. Short of physically pushing me on stage, I was forced… …and instantly hooked. I remember what it felt like to sing that night, like it happened minutes ago. I remember the song, I remember the reactions and I remember, verbatim, what everyone said to me that night when I got off stage; When can we see your next show? Where can we buy a CD? I started singing weekly, even through moving back to San Diego that next year, all the way to December of 2004, when I made a call to the only producer I knew at the time and said, “I know you know me as Alyssa Jacey the dancer, but…can you record me? I think…I’m supposed to be a singer.” Had I not taken that risk to quit college and move to LA to teach dance, I don’t think I ever would have started singing karaoke. If I never risked getting on stage to sing karaoke, I would have never thought I could be a singer. Had I not taken that risk to call a producer and ask him to record me (which, by the way, his answer was, “Yeah…do you have any songs?” and I didn’t) I never would have started songwriting. Had I not risked putting myself out there and began booking local shows with my demo, I never would have learned how flaky musicians could be lol I was flaked on my EIGHT guitarists in a row and that was the reason I taught myself how to play guitar. I was sick of having to rely on other people. Had I not risked booking those shows and putting that pressure on myself, I would have never gotten out in front of an audience and gotten experience. I was playing shows three weeks after I started teaching myself guitar. I played 100 shows in six months. Had I not continued to risk wearing my heart on my sleeve and singing my personal life to strangers, I never would have gotten the encouragement I needed to continue. From local shows to regional, national, and worldwide. From local radio to radio and podcasts EVERYWHERE. From guitar to guitar, drums and harmonica. From taking those initial steps, more shows and more songs and more recording and more everything arose until I had the same thought I had in San Diego about Los Angeles, but Nashville was the LA in this scenario: If I’m going to be a serious musician, I need to move to Nashville. Had I not risked packing up and leaving everything and everyone I knew in my hometown of 30 years, I never would have learned how to book other artists and become known in Nashville as one of the go-to people to book other artists, or connect with the Alzheimer’s Agency and become what is now a 9-years and strong donator through my music, I never would have started my own mentoring and career coaching agency, TV hosting for several TV shows, professionally started singing the National Anthem, motivational speaking both in America, Sweden and Ireland, or learned how to edit my own videos, or sign with three sync licensing agencies or two modeling and acting agencies… Had I not taken the MAIN RISK – which was to believe in myself – then I wouldn’t be here, talking to you. And it is an absolute HONOR to be able to share my story. I found my purpose in life a few years ago, and it is to inspire people through my story. You can go from ZERO experience at literally any age, and make even an unknown dream come true. I had no intention of ever being in the music industry, until I was 24 years old. Just goes to show… You never know. 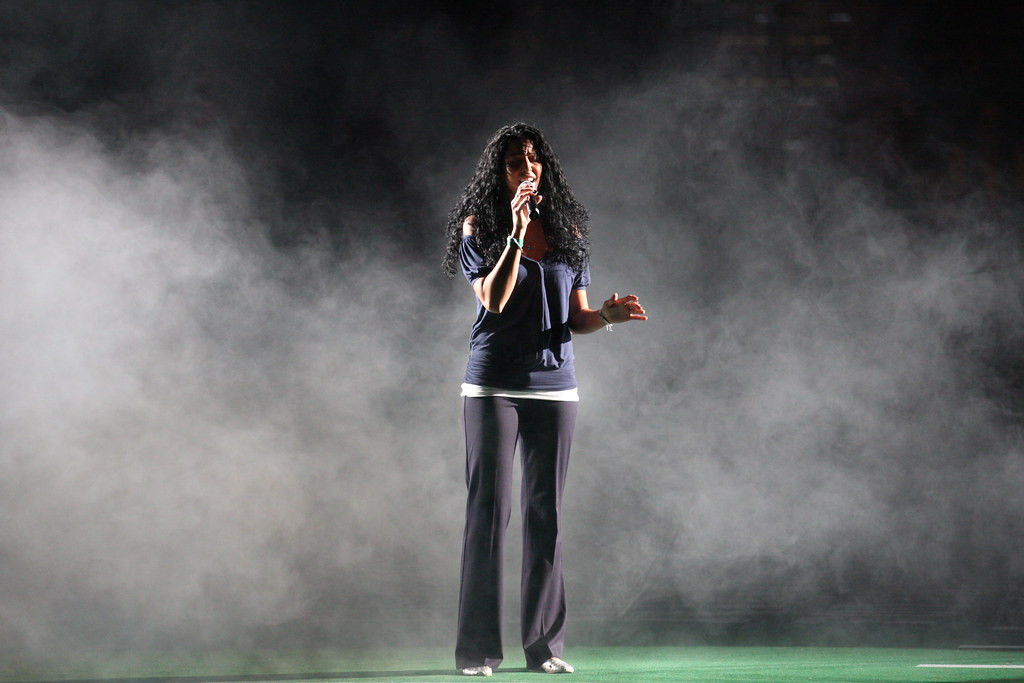 Let’s talk shop? Tell us more about your career, what can you share with our community?
My relentless work ethic. My ability to put on blinders and earplugs and ignore the noise. I have a stop at nothing will to succeed and I KNOW that has helped me. Please see the (super long) story from my risk-taking answer, to know how I got to where I am today. Heck NO it wasn’t and still isn’t easy, but is anything worth something…easy? I want the world to know that YOU CAN DO ANYTHING. You just need to surround yourself with like-minded people, have an amazing support system, believe in yourself and be RELENTLESS and you CAN do ANYTHING. The brand is blue! Bring the crew and wear your BLUE! My fans are the Blue Crew! I donate $1 from ticket sales and a percentage of merch sales to the Alzheimer’s Association, just for folks wearing blue to my shows. That’s another thing that sets me apart. People know that I LOVE the color blue so much and I have branded the crap out myself with it:) I am constantly getting emails, texts, social media messages that say similar things like, “I saw this blue x” (enter what ever) “and thought of you!” 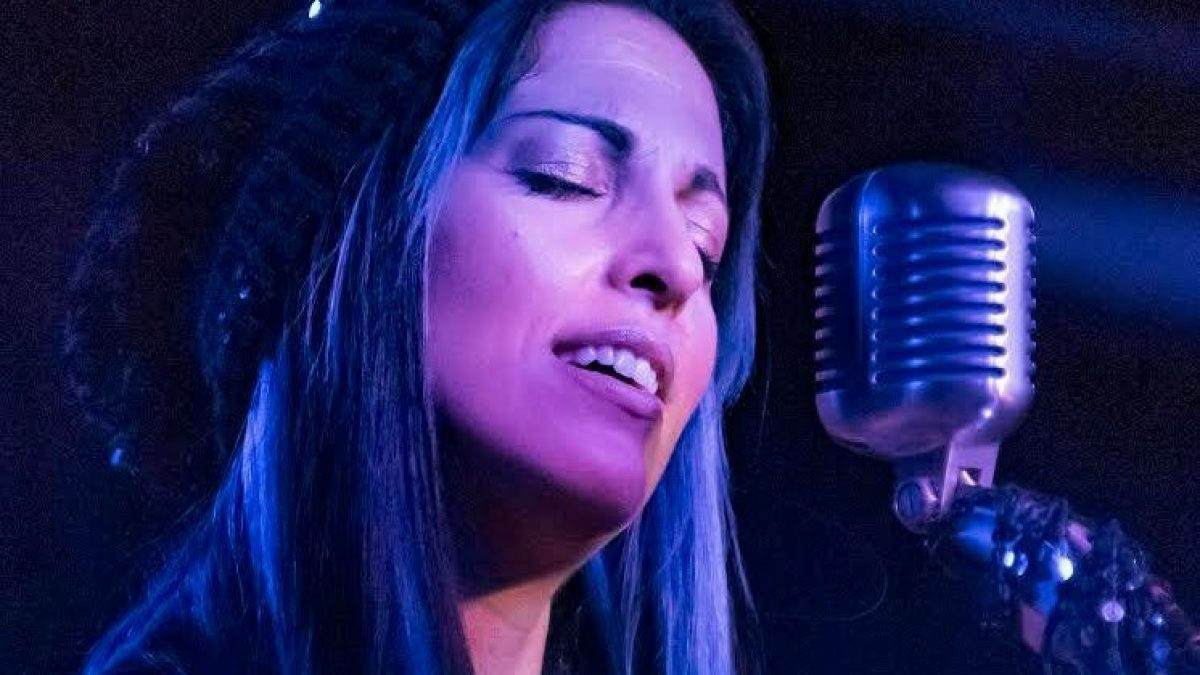 Any places to eat or things to do that you can share with our readers? If they have a friend visiting town, what are some spots they could take them to?
I would make them coffee in the morning and walk them behind my house to the lake. Then, I’d take them all over downtown and midtown and show them all the honkytonks and staple bars like Tootsie’s and Robert’s, and Bourbon Street Blues Bar in Printer’s Alley. I’d get ’em all dressed up at night and take them to an early dinner at Sambuca and finish the night off at the best music venue in town – and my FAVORITE place to perform – The Listening Room Cafe. And then I’d do the exact same thing again the next day, because that is an AWESOME day. (Minus the same downtown bars, I’d switch those ones up lol) 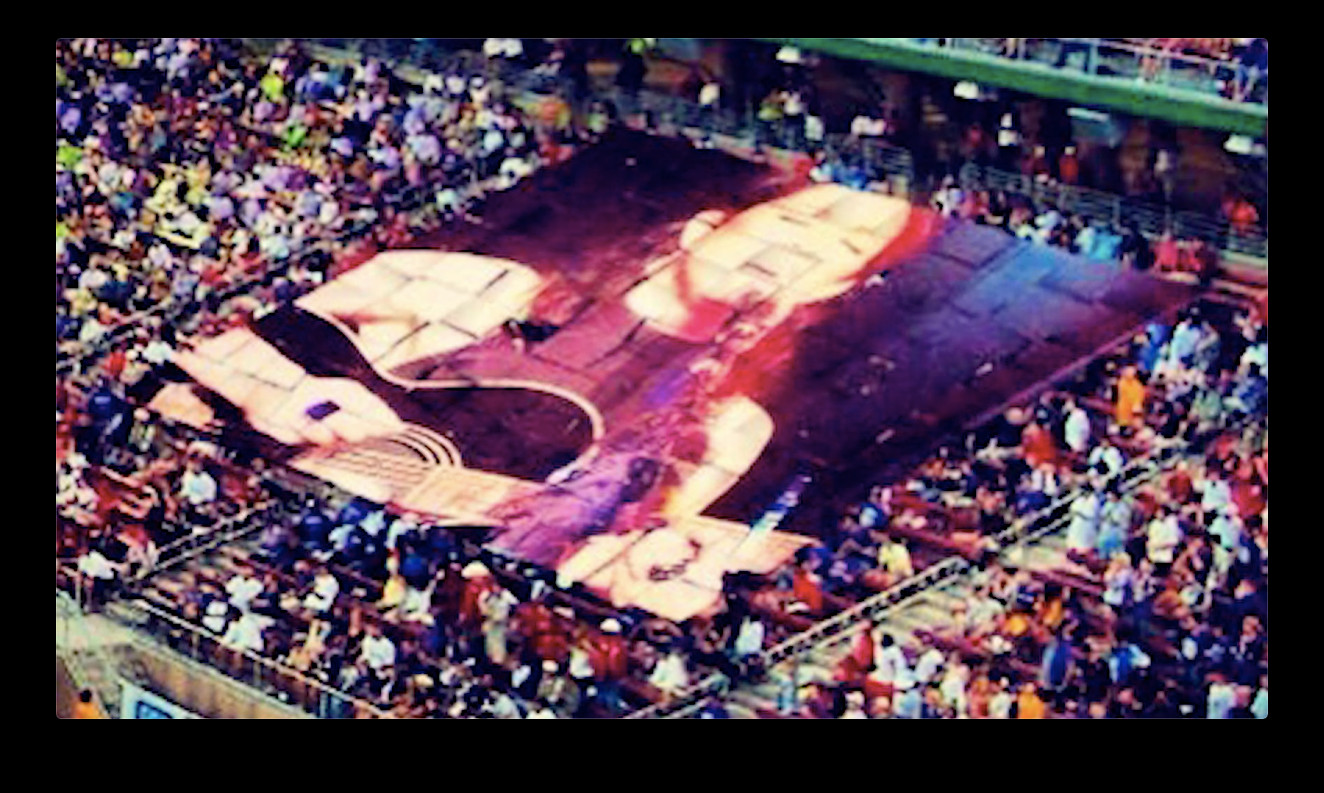 Shoutout is all about shouting out others who you feel deserve additional recognition and exposure. Who would you like to shoutout?
If it weren’t for my co-workers, I might not have never known I had a voice to begin with. If it weren’t for Shawn Balch and Catherine Beeks who gave me the opportunity to perform at the venues they booked for, I wouldn’t have gotten the immediate experience I received. Those two are always and forever in my heart. If it weren’t for Daniel Scherl, who recorded me before I could even call myself a “singer,” I wouldn’t have had an EP to shop to local venues and radio stations. If it weren’t for my family and friends supporting me 100% this entire way (16 years now, as of 1/1/2021!), there’s no WAY I could have kept going in this cutthroat industry. If it weren’t for and wasn’t for my Blue Crew (my fans), I couldn’t have done nor continue to do what I love. If it weren’t for Shoutout LA, and platforms like yours, I wouldn’t have the chance to share my story. I am eternally grateful for each and every human who has been a part of my career(s) in some way, shape or form. 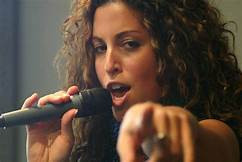