We had the good fortune of connecting with Amy Sullivan and we’ve shared our conversation below.

Hi Amy, do you have any habits that you feel contribute to your effectiveness?
I was always raised with the “work hard, play hard” mentality and I was also raised in a house of athletes. While I was always “the creative one”, the habits my parents set in me at an early age helped me establish myself in LA: get in a routine, take care of your body, first one in/last one to leave, celebrate your successes. My Dad told me early on to consider myself as an individual business and to advocate for myself, so even though I’m a writer/actor/comedian/whatever-else-I-am, I have always held a strong business acumen – it’s a good way to stay focused and to rise above the competition. When I started my ACTUAL business, it honestly started as a tax reason since so many of us in the writing world work as independent contractors, it just made sense for me to incorporate. But as soon as I named my company, I started to feel a sense of pride and ownership and I wanted to do more things under the umbrella of “Little Mischief” – the name alone is a daily reminder for me to work hard, play hard and have fun with it all. 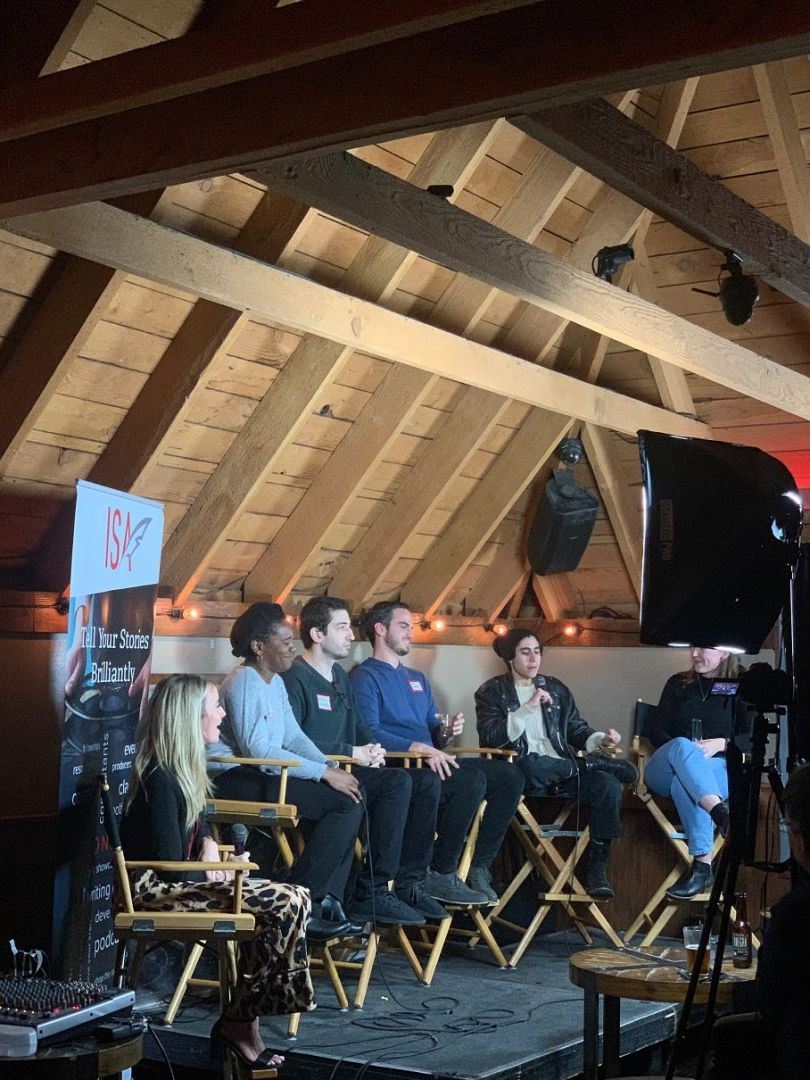 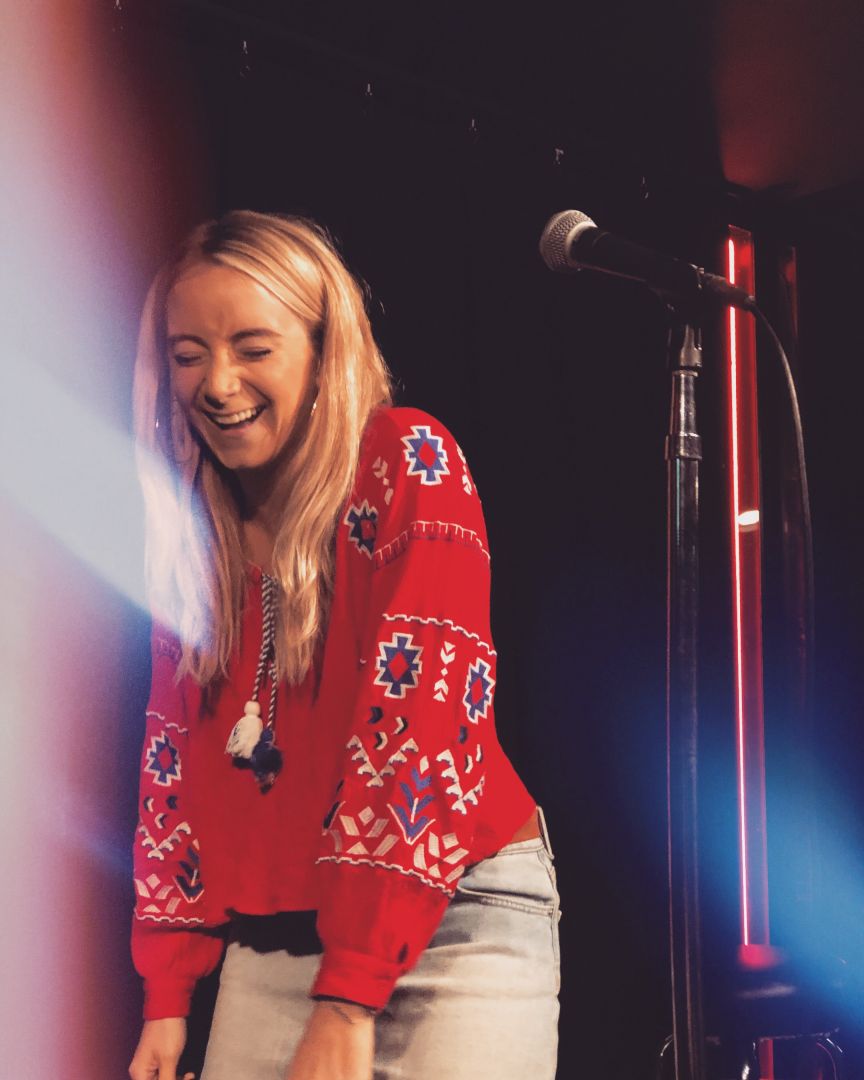 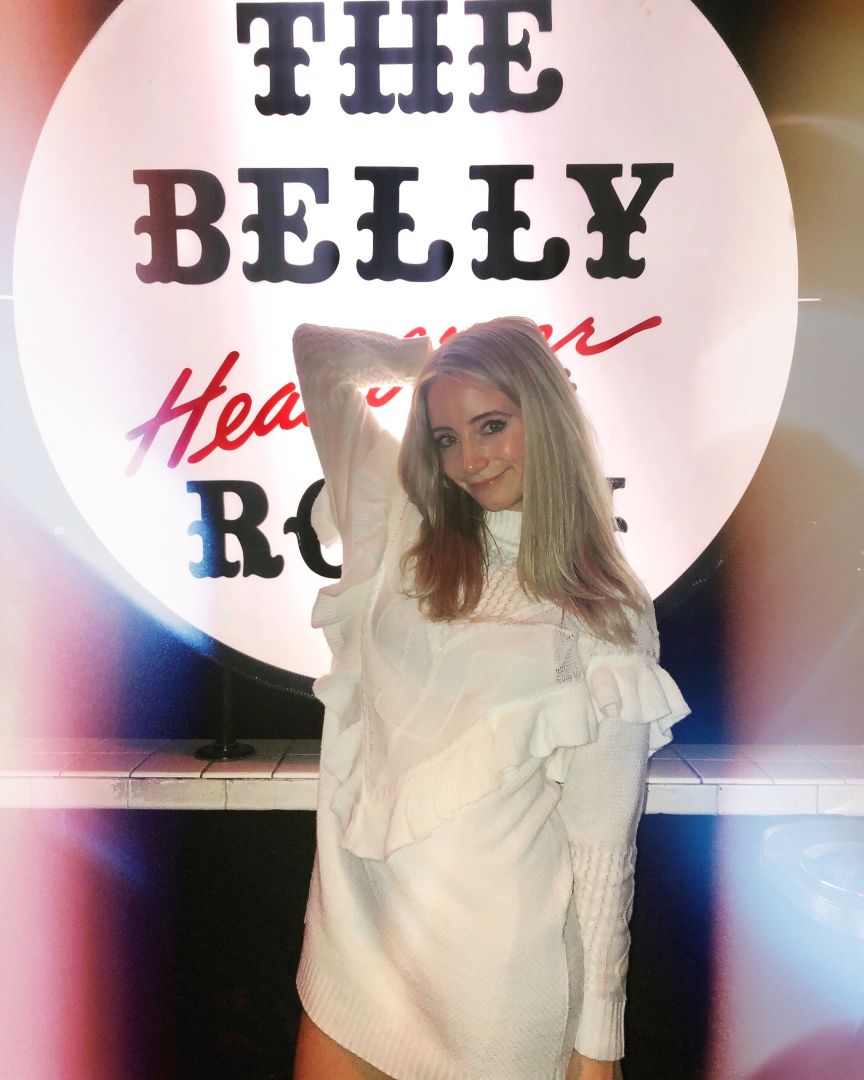 Alright, so let’s move onto what keeps you busy professionally?
I started in LA as an actor; I quite literally hopped off the plane at LAX with a dream and my cardigan. I was a little shocked to learn that there were quite a few other blonde 22 year olds here trying to be actors and over time, I got frustrated waiting around for parts. I started out just writing small skits, online videos, Instagram comedy pieces and then I wrote my first pilot. From there, that turned into 10+ pilots, multiple features, and a stageplay – I kept wondering when I would get sick of writing but it never happened and still hasn’t happened. I started my small business Little Mischief Productions and started to take on work-for-hire writing projects; anywhere from copywriting to full-on features for production companies. I work as a Showrunner’s Assistant on a major Amazon show which couldn’t be more helpful in getting a 360 view of the writing/producing world and seeing what making a truly phenomenal TV show looks like. Nothing in this career is easy; it’s a lot of rejection, it’s a lot of doing work on your own with the hope that SOMETHING pans out. There were so many times I asked myself: “Why am I doing all of this, no one will ever read it.” But I firmly believe that “luck” is just opportunity meets preparedness. I’m now so thankful that I’ve never gotten sick of writing because I now ALWAYS have something ready for anyone to read, in pretty much any genre/length because of all the time I put in early on to get in a solid routine of writing. The best advice I ever received was “Stop calling yourself a writer if you have nothing ready for someone to read.” That was a great lesson for LA in a city where everyone is often full of sh*t: you aren’t what you claim you are until you put the work in.

Any places to eat or things to do that you can share with our readers? If they have a friend visiting town, what are some spots they could take them to?
Oh damn, you’ve asked the right person, my friend. Hollywood first: get that tourist stuff out of the way. Starting in East LA near Los Feliz Blvd so that you see the Hollywood Sign around Beachwood Drive and then turn down to Hollywood Blvd to drive the drag there. Get a martini at The Roosevelt to feel like old movie money royalty for a second. Hit up No Vacancy that night, just for the sheer coolness of it. Then I will always advocate for ending the night at the bar The Den because it shaped so much of my early LA nightlife days – however I haven’t been there in years and if they don’t still do napkin showers, I’ll be so bummed. Next day, get up and do a classic LA hike; for some fantastic ocean views, do Los Liones or Temescal Canyon on the westside. You’ve now earned yourself a delish brunch at Malibu Farms on the pier in Malibu. If you’re feeling adventurous, there’s a great standup paddle board rental place right there off the Malibu Pier. Head into Santa Monica from there, down the PCH and get some tacos at Blue Plate Taco right off Ocean Blvd. Then it’s probably time for a drink, right? Big Dean’s all the way. It’s right off the Santa Monica pier and the best dive bar in the city. Then I say hit up The Whaler that night in Venice for a great sunset bar with GREAT fish tacos and burgers. If live music is your jam, you should come in the summer when the Hollywood Bowl and the Greek are in full swing – there is nothing like those two venues. Sunday is also a prime hike or beach day. All our beaches are great but Malibu always delivers. If you got your fix of the ocean on Saturday, then I say hit up Homestate in East LA for some breakfast tacos and walk around Silver Lake or Melrose for some Sunday shopping. Or walk the length of Abbot Kinney in Venice and get a matcha latte or a smoothie. God there’s so much to do here. It’s the best. 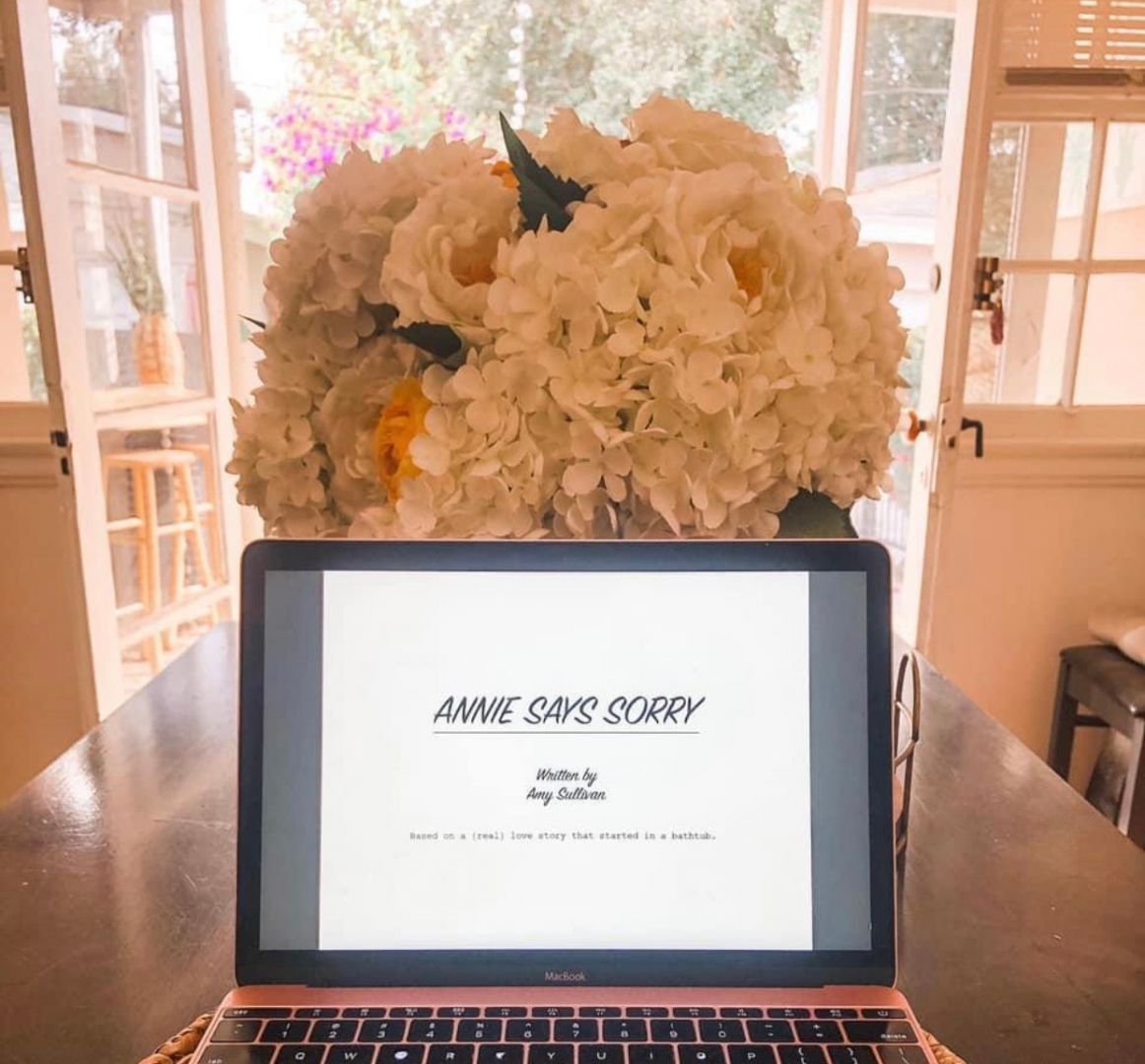 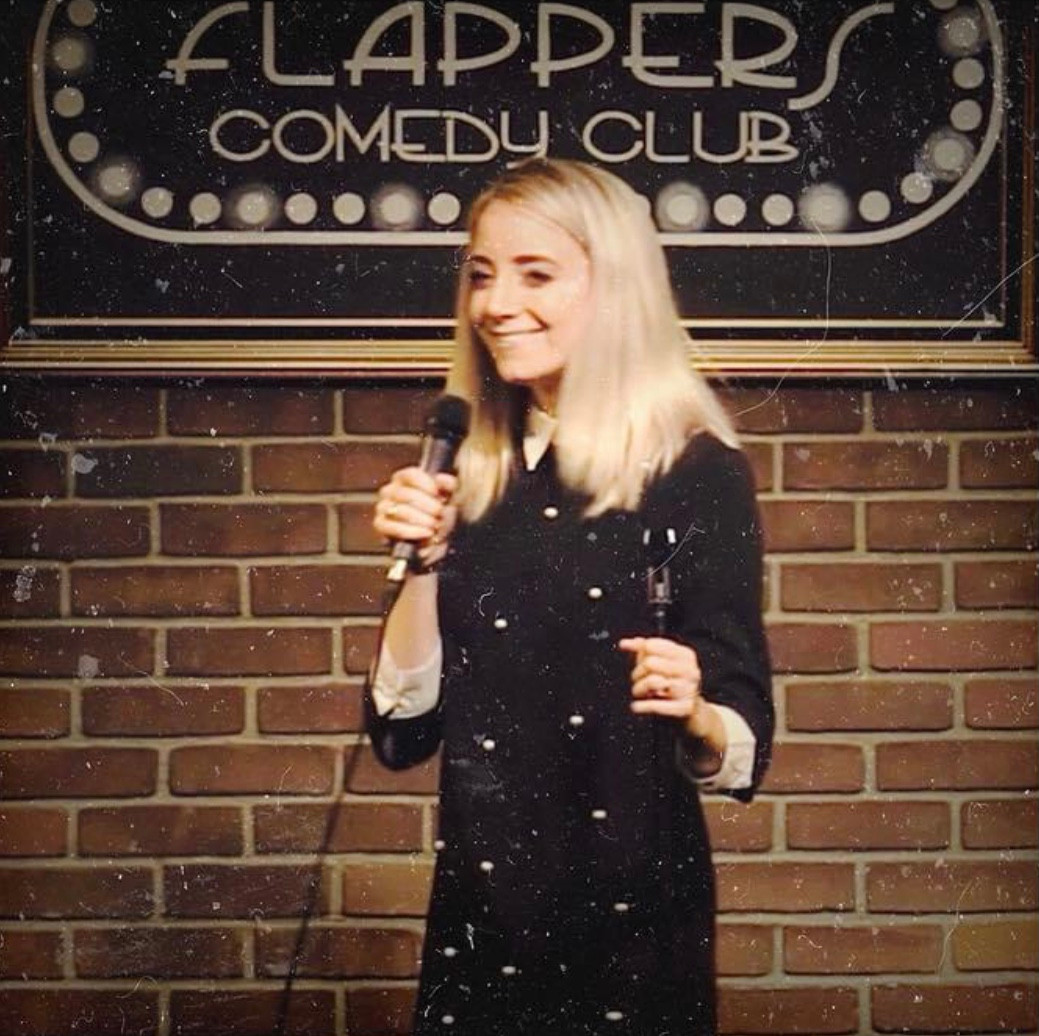 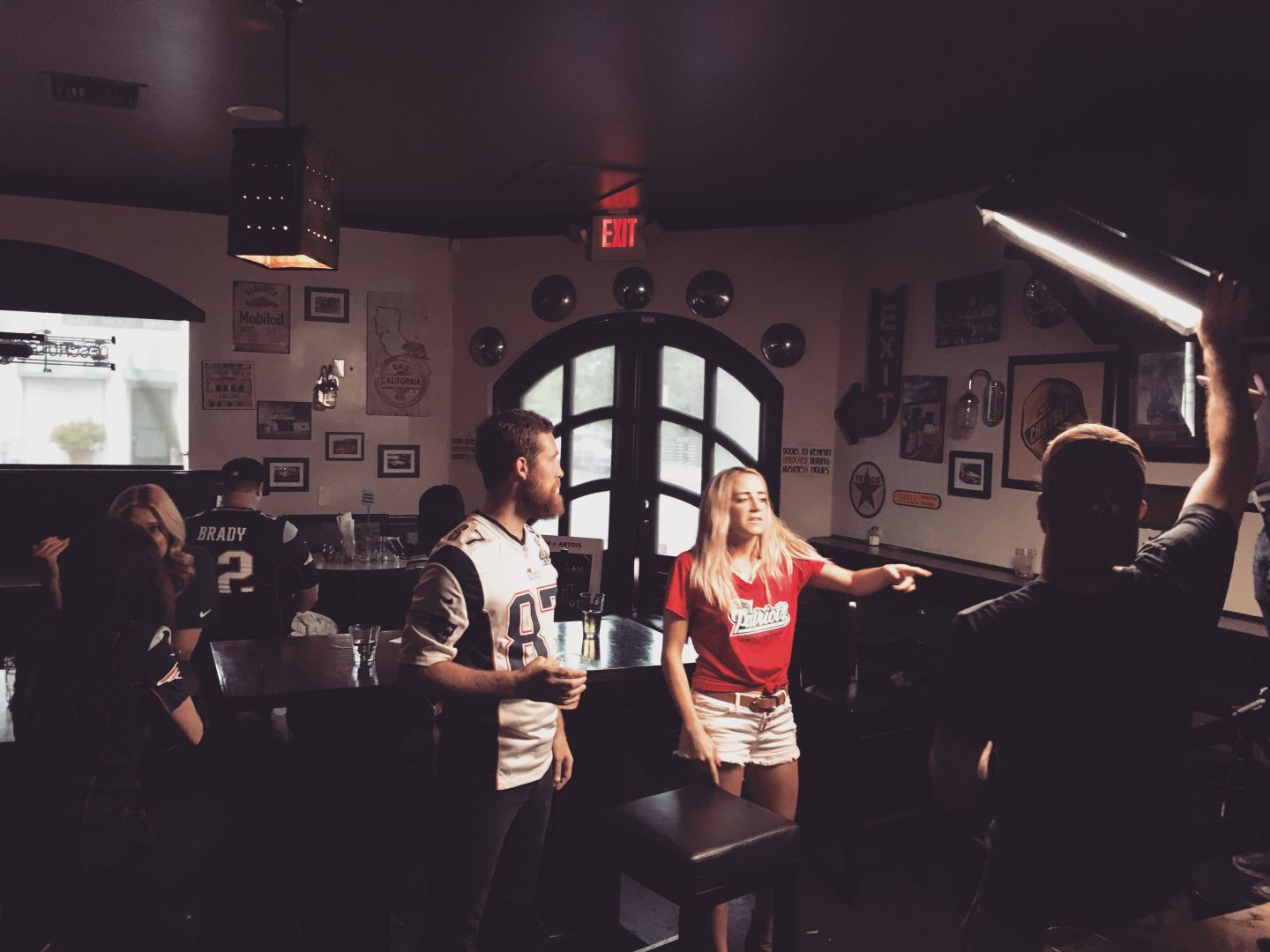 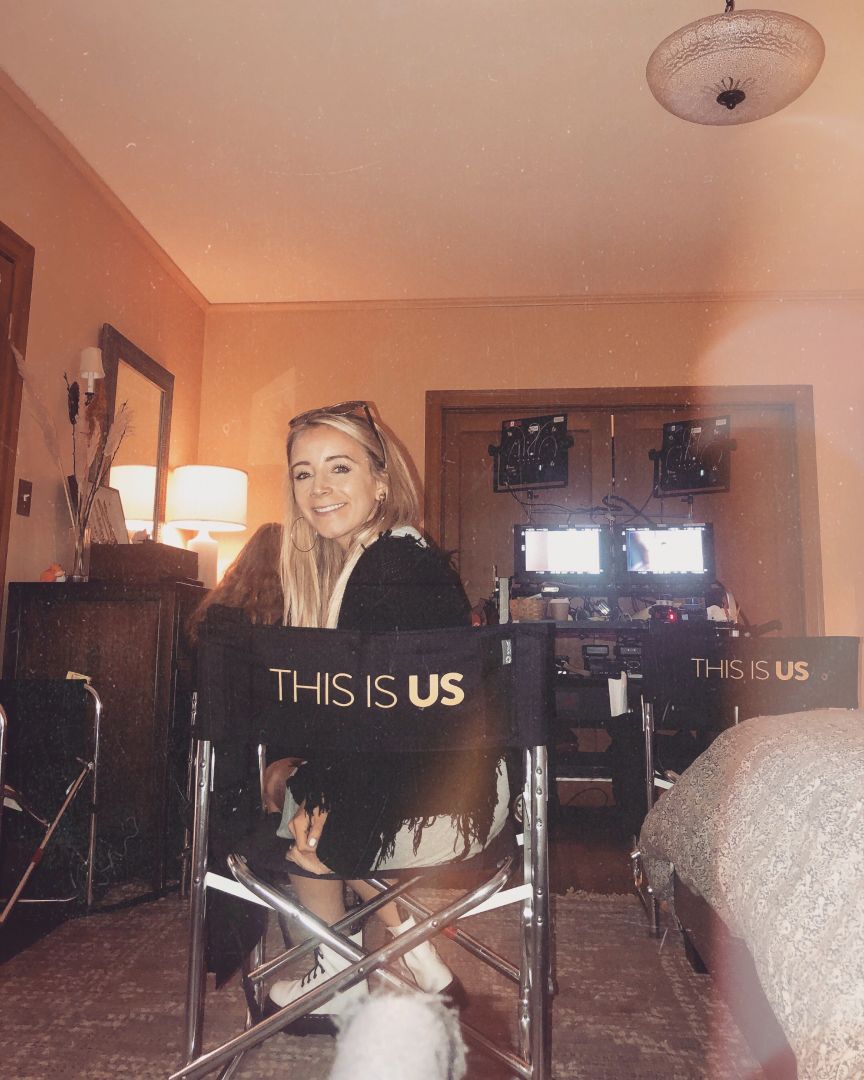 Who else deserves some credit and recognition?
Boston University! I sound so lame but I love my alma mater a lot. I wouldn’t be in any of the positions I am today without the support and tenacity of the BU Alumni Association. We do so much to help fellow alums and have created such a strong community out here in LA. Also the book Bossypants by Tina Fey…man, that one got me good.