We had the good fortune of connecting with Andrea Emmes and we’ve shared our conversation below.

Hi Andrea, we’d love to hear about how you approach risk and risk-taking
The way I see it, risk is not only inevitable but it’s crucial for taking steps towards success not only in one’s personal life but also professionally. Though we should be thoughtful in our decisions on what risks to take and when, our risks can take us one step closer to realizing our dreams – whether that’s our pursuit of love or finding our dream job.

We must put ourselves out there and try. It can be scary and filled with unknowns, to be vulnerable or try new things. We might fail, get heartbroken, hurt. But in taking risks in love, life, careers, etc. we have the gift of learning and growing. If a risk I take doesn’t work out, then I give myself permission to feel that disappointment, but then I focus on regrouping and trying again. If mistakes were made, I’ll try to learn from it. If I wasn’t at a skill level I needed to be at, then I’ll take classes and work hard to level up.

I’ve been an actor/singer/dancer for most of my professional career and was working really hard to “make it” in Los Angeles. As a performer, we are constantly putting ourselves out there when auditioning or in networking situations, all knowing that the hustle will most often end in rejection. But we also know that if we continue to hone our craft, be tenacious, grow a thick skin and let the “No’s”, pressure, competition, etc. bounce off knowing that eventually a “Yes” will come our way. The investment of time, energy and money that we spend trying to “make it” will be worth it when we book that gig! You don’t get a Yes if you don’t try and trying is a risk, but it’s worth it.

One thing I’ve learned over the years is we need to know when to pivot and take a different path. In 2006, my career was beginning to soar and then BOOM, life happened. I was diagnosed with a neurological pain disorder – Complex Regional Pain Syndrome (CRPS) – which forced me to retire from performing since I couldn’t walk anymore, and the pain was unbearable. That was super scary but after amazing doctors, surgeries, therapy and gaining some functionality back, I realized I needed to figure out what my next step was going to be. I resigned myself that I wasn’t going to perform anymore, which was devastating but I decided to go back to college at age 34 and received a degree in Game Art & Design. I wasn’t sure where this new path was going to take me, but I knew that if I was going to be successful, I had to put myself out there, work hard and go for it. Again.

This new path brought me more opportunities and happiness than I had before.
• I wrote/recorded an award-winning album about my struggles with CRPS, which was cathartic for my mental health, and was able give back to others going through trauma.
• While in college, I met the man I would later marry and I met director Cinzia Angelini who asked me to produce her animated short film, “Mila”, which is now on the film festival circuit already garnering awards and praise.
• I worked as an associate game designer for Disney Interactive as a narrative designer which was an amazing experience. I had to pivot again because I was laid off and wasn’t able to find another game design position and decided, through encouragement from my husband to get back into performing but this time as a voice over artist. That’s how I found Audiobook Narration.
• Now I’m an award-winning audiobook narrator with over 200 titles.
• My next “risky” venture is to work towards learning the animation/videogame/dubbing lanes of voice over.

Life is always going to be in a state of flux, and we need to be able to be malleable. Be willing to grown, learn and try new things. I’m not sure if there will be another pivot in my life but I know that the risks I’m taking in my life, love and career are worth it. 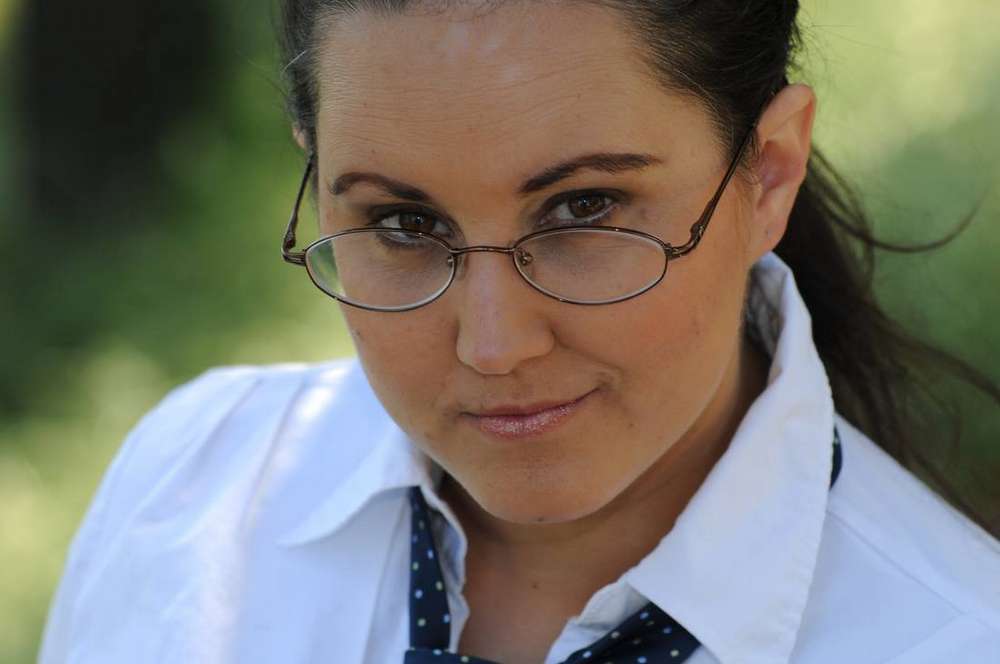 Alright, so let’s move onto what keeps you busy professionally?
I’ve been a performer for over 25 years, getting my start in musical theatre. It’s been a fun ride working as a Magician’s Assistant, performing at theme parks – notably singing as Ariel at Walt Disney World’s The Voyage of the Little Mermaid show, headlining in a girl group in Las Vegas, acting in film/tv, releasing an award-winning album, and working as an associate game designer for Disney Interactive.

At the height of my career in 2006, I was injured in a stunt show and was diagnosed with a neurological pain disorder called Complex Regional Pain Syndrome which was crippling and forced me to retire from everything really. It was devastating and I went through hell and back both emotionally and physically. After years of working with amazing doctors, surgeries, therapy and gaining some functionality back, I realized I needed to figure out what my next step was going to be. I went back to college and received a degree in Game Art and Design (studied animation and video game design) and worked as an associate game designer for a couple years.

In 2010, I connected with director Cinzia Angelini who brought me on as Producer for her animated short film, “Mila” and that was the start of an incredible new journey for me that has been both challenging and rewarding. Especially since the project was volunteer based working with 350 artists from 35 different countries. Cinzia and I were also working on “Mila” in our free time, and we had to ‘rewrite and rediscover’ how to produce an animated film because we were working with one of the largest remote international teams ever. People would come and go, keeping to a strict deadline was almost impossible, working with language and time barriers and bottle necks with software or hardware issues…so much we had to figure out on the fly. But we surrounded ourselves with the best people in the business who not only were gracious with their time and talents but believed in the vision that Cinzia had for this film which was very personal. The film is inspired by her mother’s experience as a child in Italy during the bombing in 1943 during World War II when she and her family had to flee their home. “Mila” focuses on the collateral damage that war brings – those left behind, seen through the lens of a child.

Now we’re in the film festival circuit, and so far, the film is well received and winning awards. I’m very proud of our Mila Family. The film is stunning and so moving. The sense of accomplishment that Cinzia and I feel of having finally finishing it is overwhelming and an experience and lifelong friendships that I’ll always cherish.

Also, during this time, after I was laid off from my game design position and struggled to find more design work, my husband encouraged me to pull out my voice over equipment and try my hand at audiobook narration. I’m so grateful for him pushing me because it’s been the best move of my acting career that I’ve made so far.

In 2014, I produced my first audiobook, studied the art/technique of narration and decided that I was going to dive headfirst and work to make this my full-time job. It took me about 3 years of learning the craft and working with amazing indie authors before I began working with publishers. Voice over/Audiobook Narration has been ideal for me when working with my disability, because I have a professional studio at home, so if a pain flare hits me, I can take a break and come back to it after I’ve rested. Being able to perform again behind the mic has been liberating and so fulfilling as I really missed performing. I continue to work hard to be better than I was the day before and have been honored with some awards and recognition amongst my peers.

Within the ups and downs of life and learning to live with my own ‘beautiful brokenness’, I’ve learned that I don’t have to allow my disability or being differently abled limit or define me. My dreams are still attainable and I’ve never been happier.

No matter what challenges we are facing in our lives – mental, emotional, physical, etc. – we are capable of anything. We can still live our best life and fulfill our dreams. It’s going to be hard, but if we can surround ourselves with a solid support system there isn’t anything we can’t achieve. 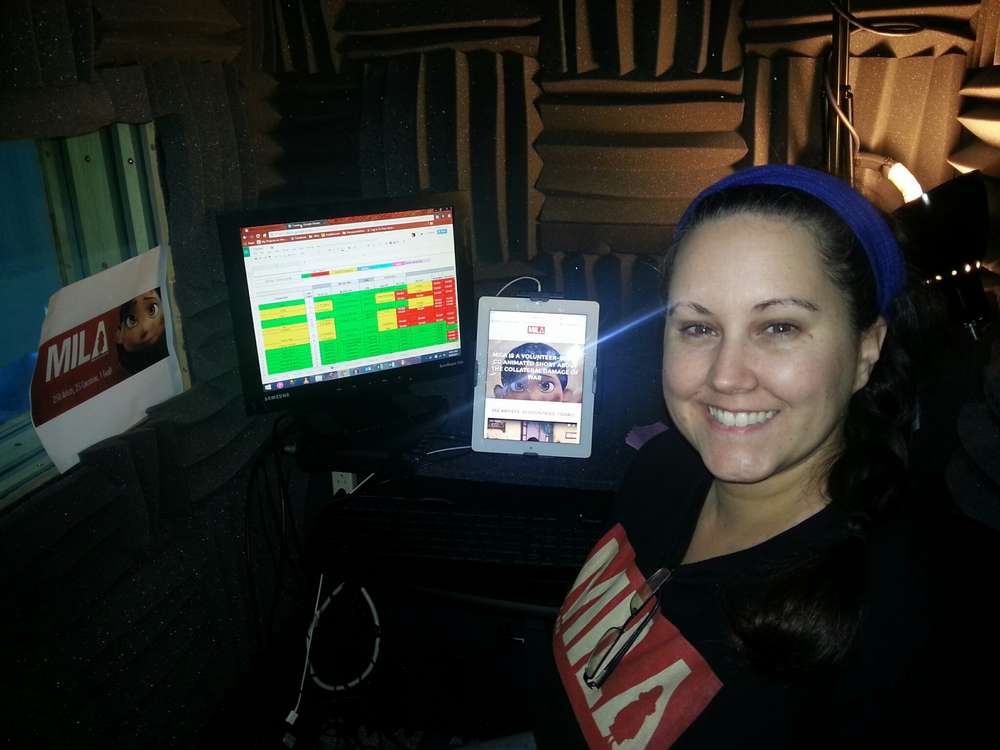 Any places to eat or things to do that you can share with our readers? If they have a friend visiting town, what are some spots they could take them to?
We’d definitely need to spend a day at Muscle Beach and the evening at Santa Monica Pier. Street performers, muscle-bound enthusiasts working hard and the eclectic spirit and carnival atmosphere and food just can’t be missed!

The next day, we’ll pick up some baked goods at Porto’s Bakery & Café, and then we’d go to Griffith Park – enjoy hiking, picnic in the park and then head off to the Observatory.

Of course, we’ll have to make sure to hit Sunset Blvd so she can see the TCL Chinese Theatre – oo and ahh at the famous handprints and signatures in the cement, catch the “famous” characters on the street and walk down the Hollywood Walk of Fame and catch a show at the El Capitan theatre. We should totally make reservations for The Butcher, The Baker, The Cappuccino Maker – I recommend their Strawberry Fields Salad (when in season!).

Later that night, we’ll grab some sushi at Katana and catch a show at The Comedy Store.

Another must-visit place would be Catalina Island! We’ll do a little snorkeling, enjoy some seafood at The Lobster Trap, check out the art galleries, and do a little shopping.

The gamer geek in me would probably drag her to iam8bit: Video Game Art Gallery on Sunset Blvd. and/or the Bunny Museum in Altadena. Stop by Patticakes Bakery and Coffee Shop in Altadena and when possible, check out Break Room 86 for some karaoke and their speakeasy!

Shoutout is all about shouting out others who you feel deserve additional recognition and exposure. Who would you like to shoutout?
I’ve been blessed to have a good support system throughout my life, but I wouldn’t be where I am today if it weren’t for the love, encouragement, understanding, and support of my husband Giovanni. He believes in me, embraces my dreams, gives me room to soar, encourages me to try new things, and pushes me to be the best version of myself.