We had the good fortune of connecting with Andrea Hamilton and we’ve shared our conversation below.

Hi Andrea, what inspires you?
I’m inspired by stories of overcoming. My songwriting often reflects these themes of bravery in the midst of discouragement, or persevering and trying again when life deals you something difficult. I’m inspired to write when I see someone dig deep and do the right thing when it’s hard – or when I personally have to double down on my perseverance and grit.

This was true even before I had a health crises, but I think living through two years of fighting for my life gave me even more empathy, as well as admiration, for people who have to fight harder in life. 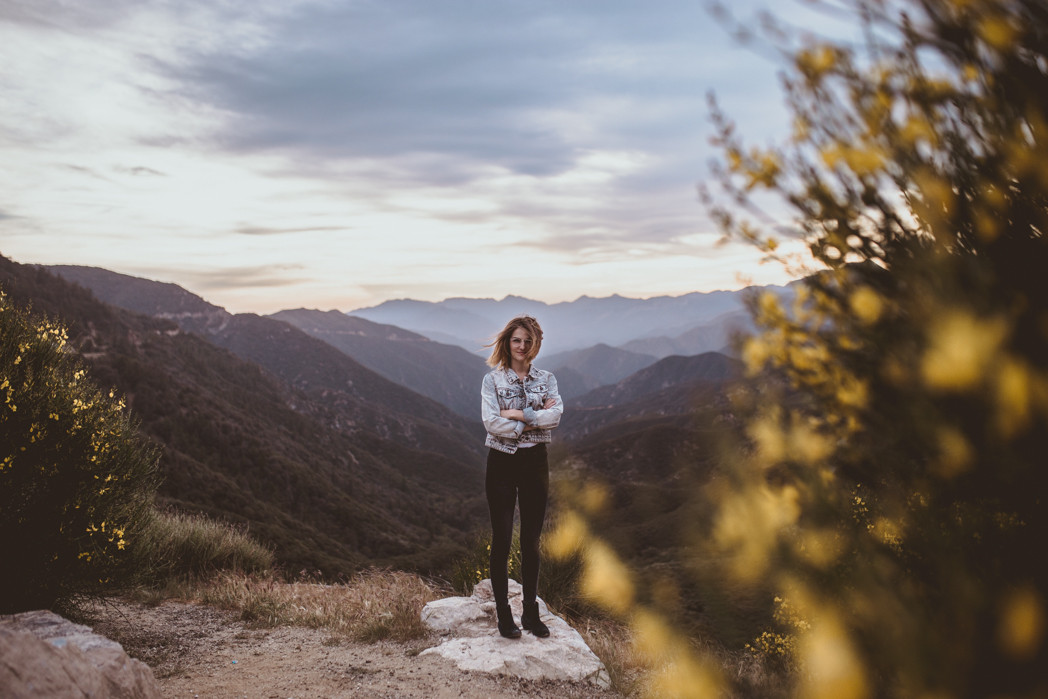 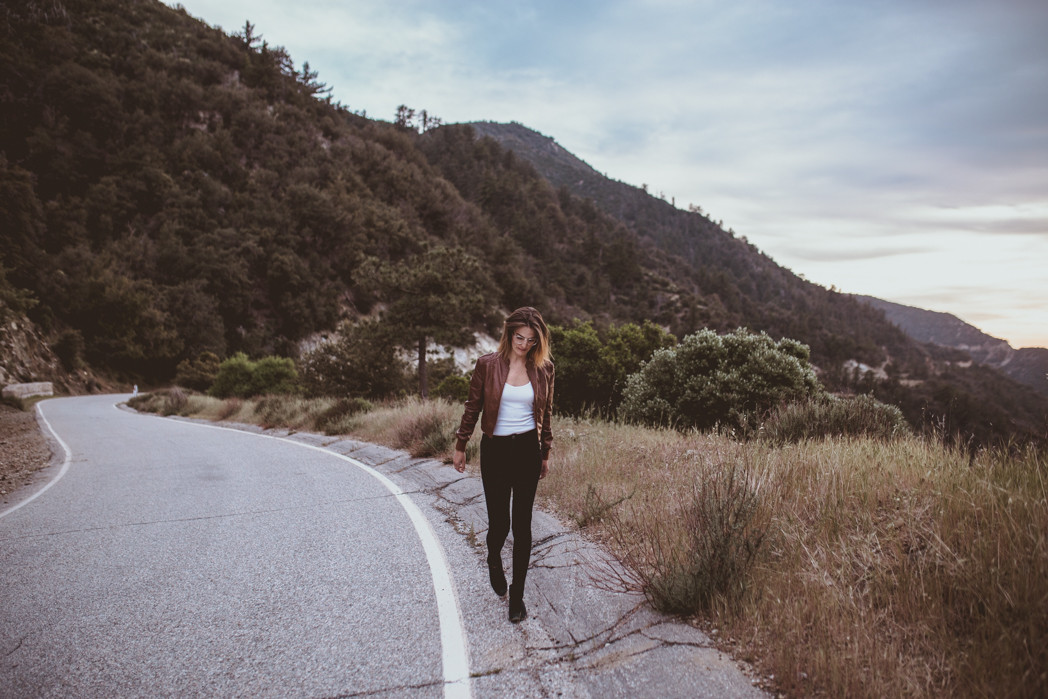 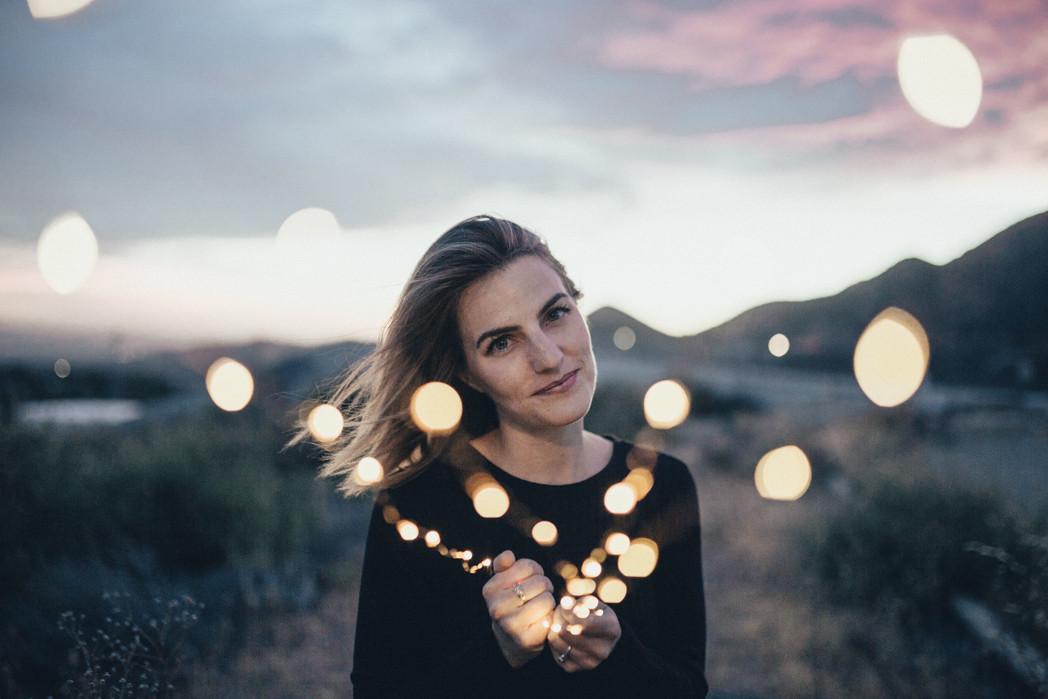 Can you open up a bit about your work and career? We’re big fans and we’d love for our community to learn more about your work.
My favorite thing about a career in music is writing lyrics. Every change I get to co-write with other artists, or topline on a track, that’s where I feel the most alive.

I of course started writing when I was super young – 6? – and by the time I was 18 decided to move to LA from Kansas to pursue a career as a songwriter. I found myself creating music for sync placements in TV and film as well as performing a ton of places on the west coast. Through a 2-year health detour in my early 20’s, I continued to write and hope that I’d one day get to share songs with the world again – a dream I’m living today in my corner of this huge market by collaborating with EDM producers from around the world, and starting a worship band. Here’s a more full bio if you’re curious about the deets.

Detailed Bio: I would say my music career began at age 16. I went to high school in a suburb of Kansas City and got asked to join a gospel band, which I started song writing and booking for. Shortly after that all started I was listed in Gospel Music Association’s Top 20 New Writers.

I look back with such gratitude that our band got the experience and opportunities that we did: performing, writing, recording, collaborating – I’m in awe that all of this opened up to me before I even decided what I was supposed to do with my life.

I moved from Kansas City to LA at age 18, along with a co-writer of mine, to pursue our music dream. I ended up living in Azusa and attending college there, and went solo at 20. I wrote and tracked my first album during a trip back home, and spent my college career trying to gig as a singer/songwriter and sell CDs (this was 2007!).

When I graduated, I got invited to perform at the National Association for College Activities, and became one of the most booked musicians on the west coast. I’m so incredibly thankful for this, because it provided a way to not get a “day job” out of college, to get better at performing, and see which songs of mine resonated with other young people.

This lasted a year and a half, but when the financial crises hit it became harder for me to get booked at some of these colleges. But, around that time, an international booking agent reached out to me to see if I’d like play residencies in hotel bars across different parts of Asia. The only Asian country I’d been to was Singapore for some arts festivals – but it sounded fun! So, I flew to Japan in 2009 to perform (and live) at a Hyatt with a see through piano in the middle of a pond in their ground floor restaurant.

Later that same year I went to Vietnam for a similar gig, but the booking agent began delaying my payments and later just stopped paying me altogether. I also wasn’t feeling well, and had gotten an email that a lab I’d had done between travels came up positive for Celiac disease.

So, I flew back to the LA, just in time to get even sicker. I canceled an upcoming festival in New Zealand and flew to Kansas City instead. In a short time, my parents and I were concerned about my survival – strange autoimmune symptoms were happening left and right, and the doctors we were visiting weren’t finding the source. I spent 7 months there struggling to hold on to my health – not able to sing or really even play the piano because of the myriad of symptoms and random pains.

After this, I moved back to LA (I lived in the valley by now, in a house full of musicians with a studio in the back) and slowly tried to gain some normalcy back to my now more limited life. Traveling internationally was less practical – especially after getting intolerant to most foods – but as my voice recovered, I started getting asked to sing worship music at local churches. And, some up and coming artists were reaching out to co-write, so I decided to be grateful for these different opportunities and do my best with them.

I’ve more recovered every year, and fallen in love with co-writing and producing. I remember when I learned that only around 2% of music producers were female; it made me want to pursue it even more ha! It’s been incredibly fun creating and collaborating with so many beautiful, loving, talented people over this last decade.

Since I moved back to LA, my music has been featured in The Bachelor, Extreme Home Makeover, Bachelor in Paradise, The Bachelorette, Temptation Island, CW’s Katy Keen, Love Island, Preachers of LA, Too Young to Marry, Mystery Millionare, Ex and the Why, and a bunch of other shows and indie films. I also got to cowrite the theme song for TLC’s My Giant Life.

Randomly, my cover of Bastille and Marshmello’s song Happier, in collaboration with German producer Koni, has 3.7 million streams and climbing.

And even though I don’t travel as much – although when I got married we made it a point to finally make it to New Zealand!, I got to sing at the Dolby Theatre Hollywood, Hotel Cafe, Hollywood and Highland, Starlight Theatre KC, and lots of cool venues like that.

But my favorite gigs are usually when I perform in conjunction with charities and non-profits including AIDS foundation Pasadena and Project AK-47. I guess I’m kind of more of a musical philanthropist now; I want my life and talents to help people find hope and healing like I have. I keep busy sharing my own recovery story and write a lot of songs about living life to the fullest.

If you had a friend visiting you, what are some of the local spots you’d want to take them around to?
When someone visits me I first and foremost pray that they’re a beach person 🙂 The water never gets boring for me. I’d take them to every type of beach and then attempt to teach them how to surf, maybe at Trails or Old Man’s in South OC.

My first few years in LA, I did the more touristy things like Universal Studios, Disney, The Getty and Hollywood Blvd, so having friends in town is usually a good excuse to revisit all that type of hype.

I’m a health nut, so whenever a friend is down to eat fresh with me, I take them to places like True Food Kitchen (the San Diego one is a frequent stop for me when I’m down there but there a few others, like Pasadena!) or one of the mazzilion great Poke bars around LA. If we’re feeling more casual, I pretty much live on a place called Tender Greens.

But some of my favorite moments are hikes. A famous one is near Griffith Observatory, but even just the random waterfalls at Eaton Canyon fill my soul. 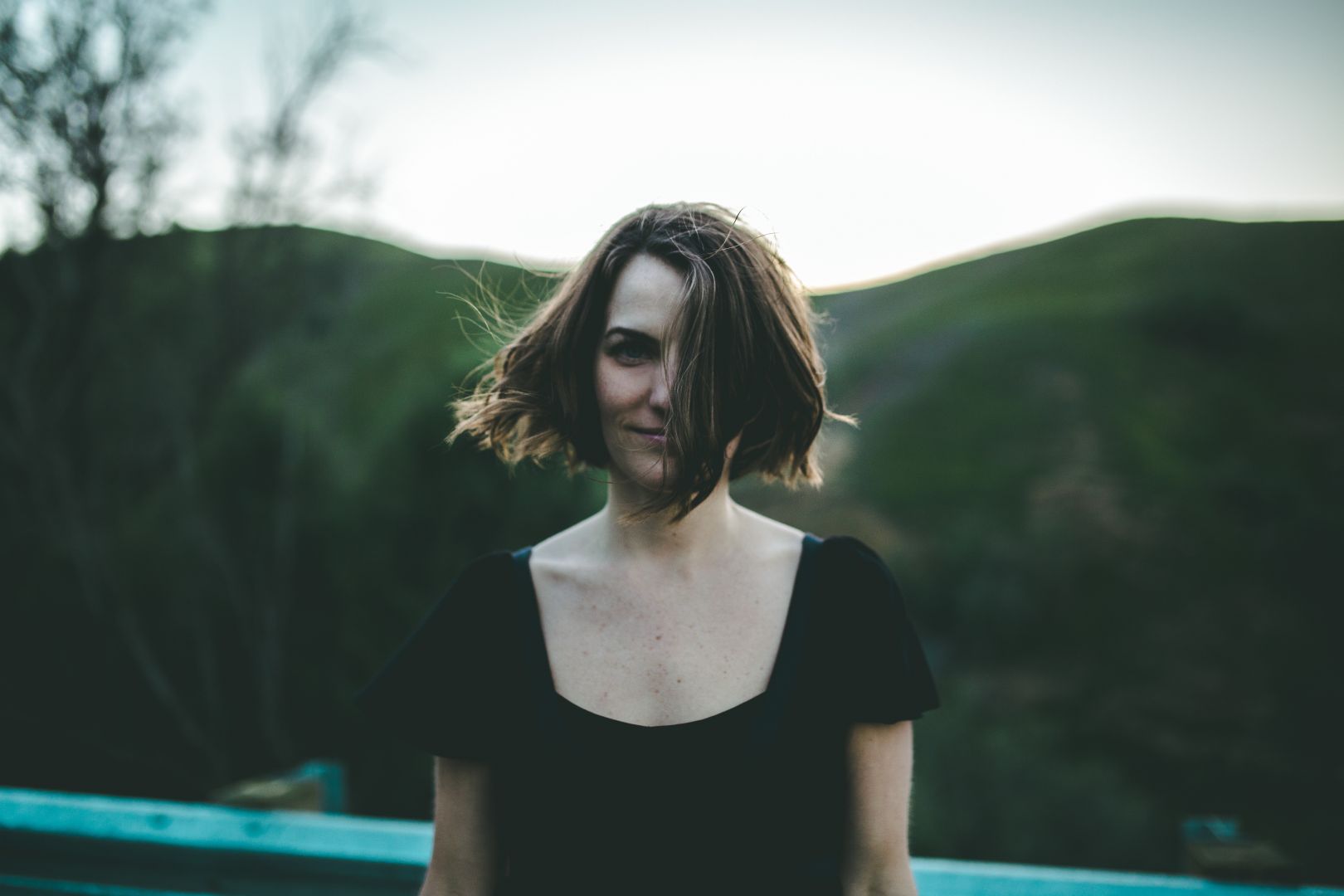 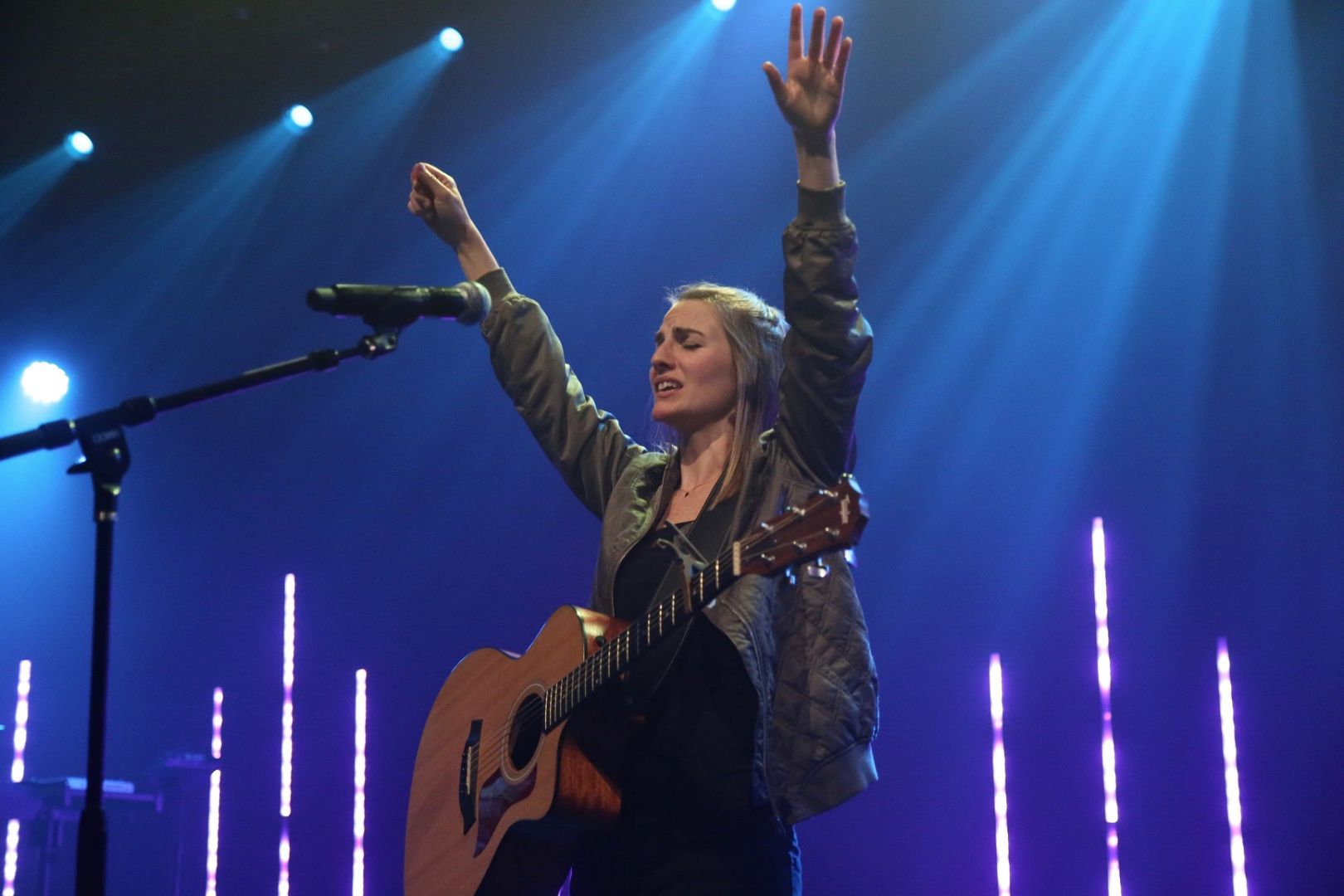 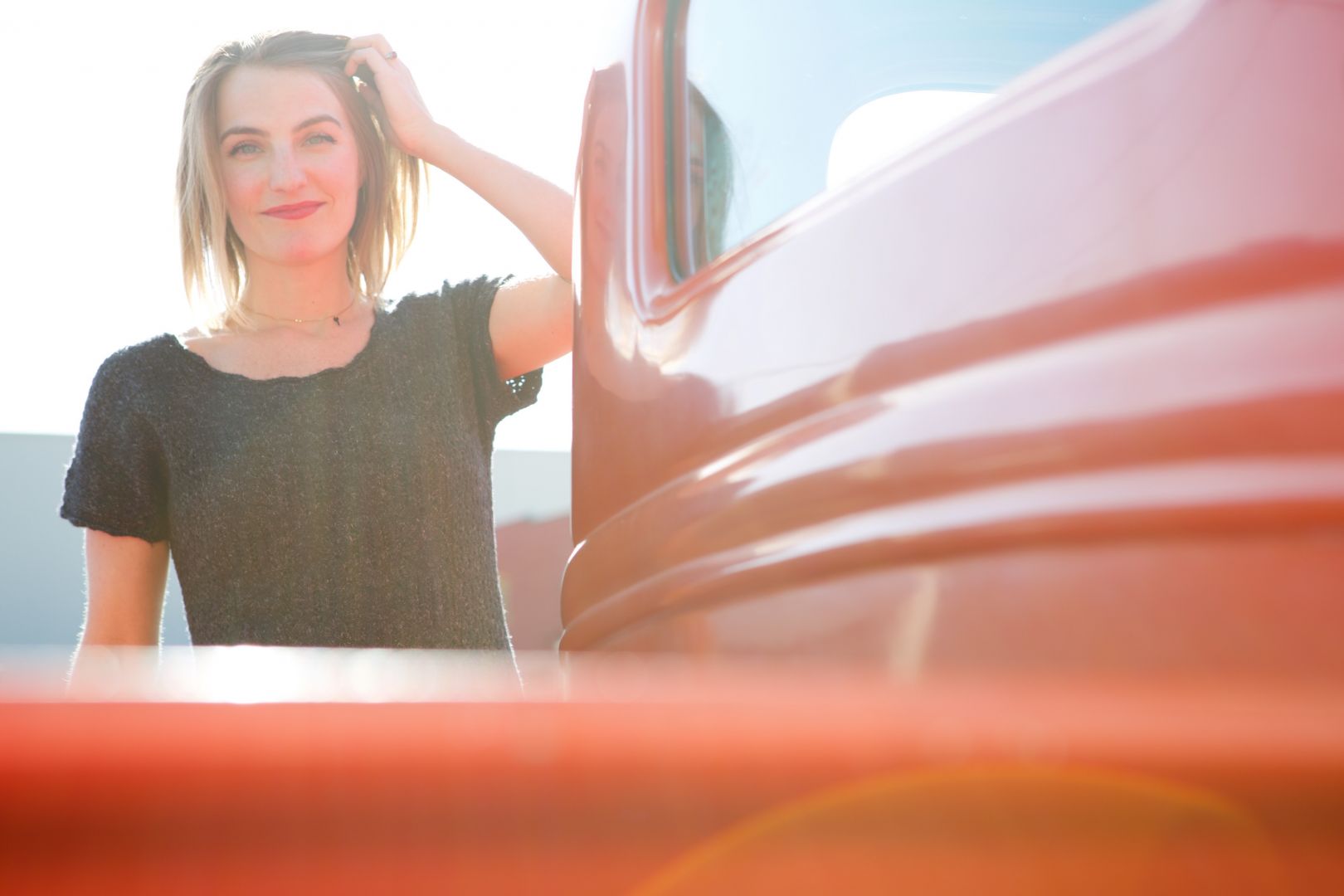 Who else deserves some credit and recognition?
Shout out to indie pop artist Jess Penner and her producer/drummer/husband Kevin Penner for letting me rent a room from them after I had to run from a stalker, and then turning into two patient mentors in life and music. Living in their home taught me how to make good recordings, get sync placements, and more importantly how to adult in general. They were kind, gracious, cool, creative and inspiring all at once.