We had the good fortune of connecting with Andrew Bishop and we’ve shared our conversation below.

Hi Andrew, can you tell us more about your background and the role it’s played in shaping who you are today?
I was born in San Jose, California and our family moved to Southern California when I was a young boy. We were very fortunate to live in Fountain Valley on the border of Huntington Beach where outdoor activities was a big part of our lives. My father was an aeronautical engineer and my mother worked at the post office. They always encouraged my brothers and I to try various things out and to my parents credit, once we committed or started something, they made us finish. It instilled the value of sticking with something, even through pain. I remember one soccer coach who would run us kids until we practically dropped dead and so many kids quit and we would all cry to our moms asking to quit as well. Fortunately, my mom made me stick with it and before long, the season was soon over and I was in the best shape of my life with a trophy to go along with it. In grade school and high school, sports, music and creative collaborations made working as part of a team fundamental to who I am today. I believe that comradery with people, when guided properly, can bring out the best in one another and make special moments that last a lifetime. After all, isn’t it the experiences, moments and accomplishments vs. the physical material things we possess that stick with us? My love of collaborations and the discipline required to be good or great at something, eventually grew into a bigger passion for the arts, specifically, music, film and putting on live events. When I look back, I was producing and managing live events before I was old enough to even drive. Some of my most valuable (& valued) experiences came in those early years, where my parents allowed me to really stretch my wings to grow. To this day, I wonder what they were thinking by allowing their fifteen year old son to play drums in bars with my older bandmates but this too played into who I am today or maybe it was just the power of the persuasive speaking of a teenager. While I truly enjoyed (and still enjoy) sports, making movies in our backyard with my friend Mike and producing magic shows, mini concert events and haunted houses, took on a life of its own. I learned a lot about the importance of leadership and that there is nothing you can’t do if you put your mind to it. Also, I learned the importance of failure and dusting yourself off when things don’t go right and that you can always make things better the next time around but never give up. 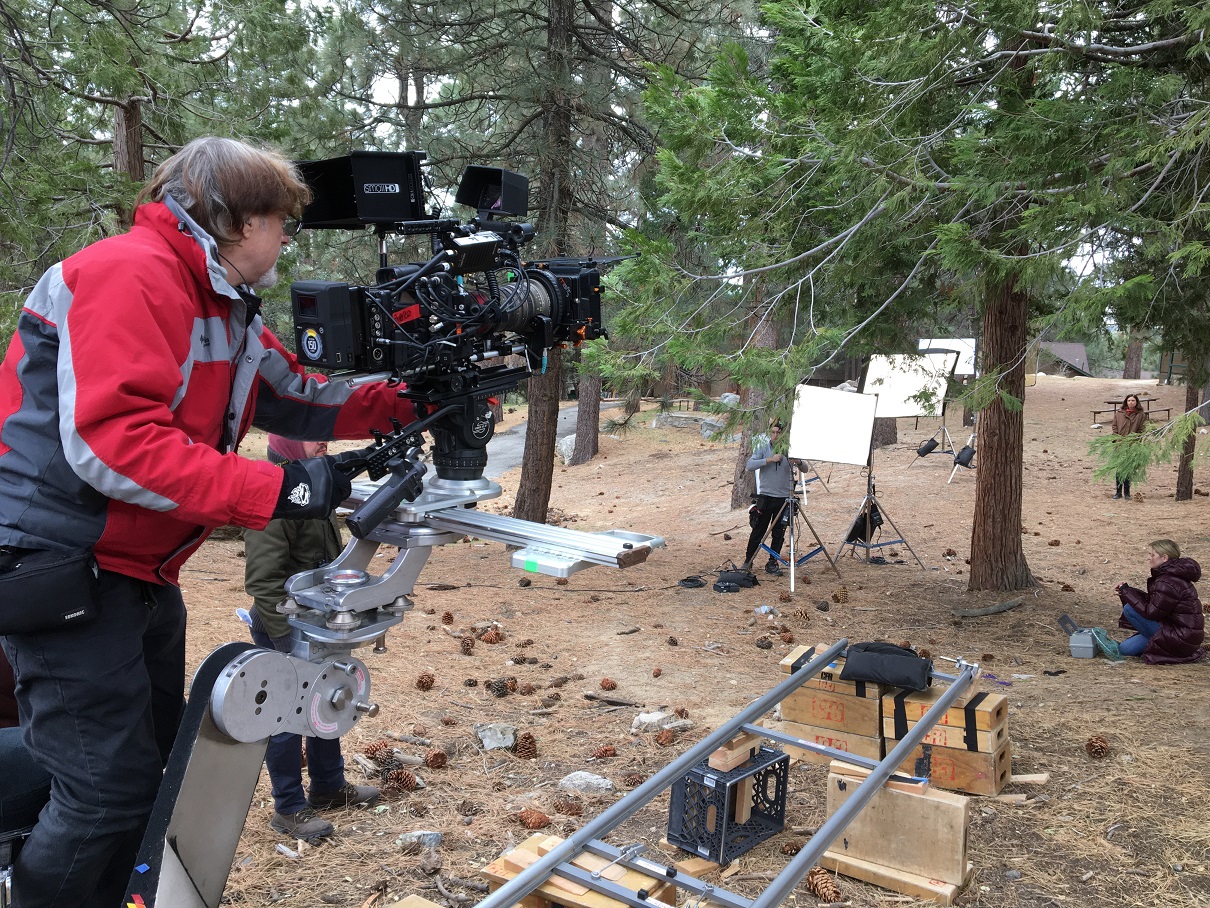 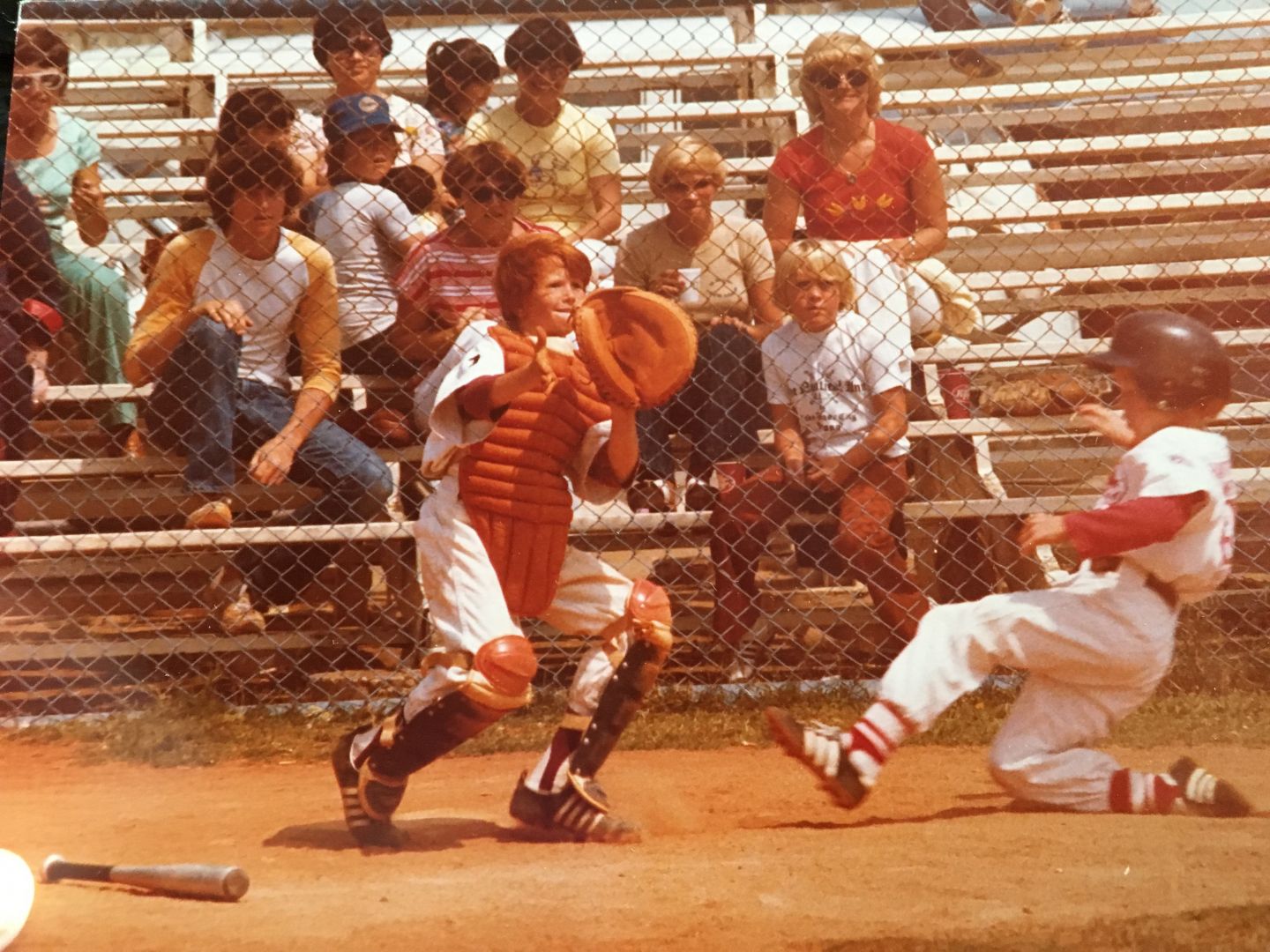 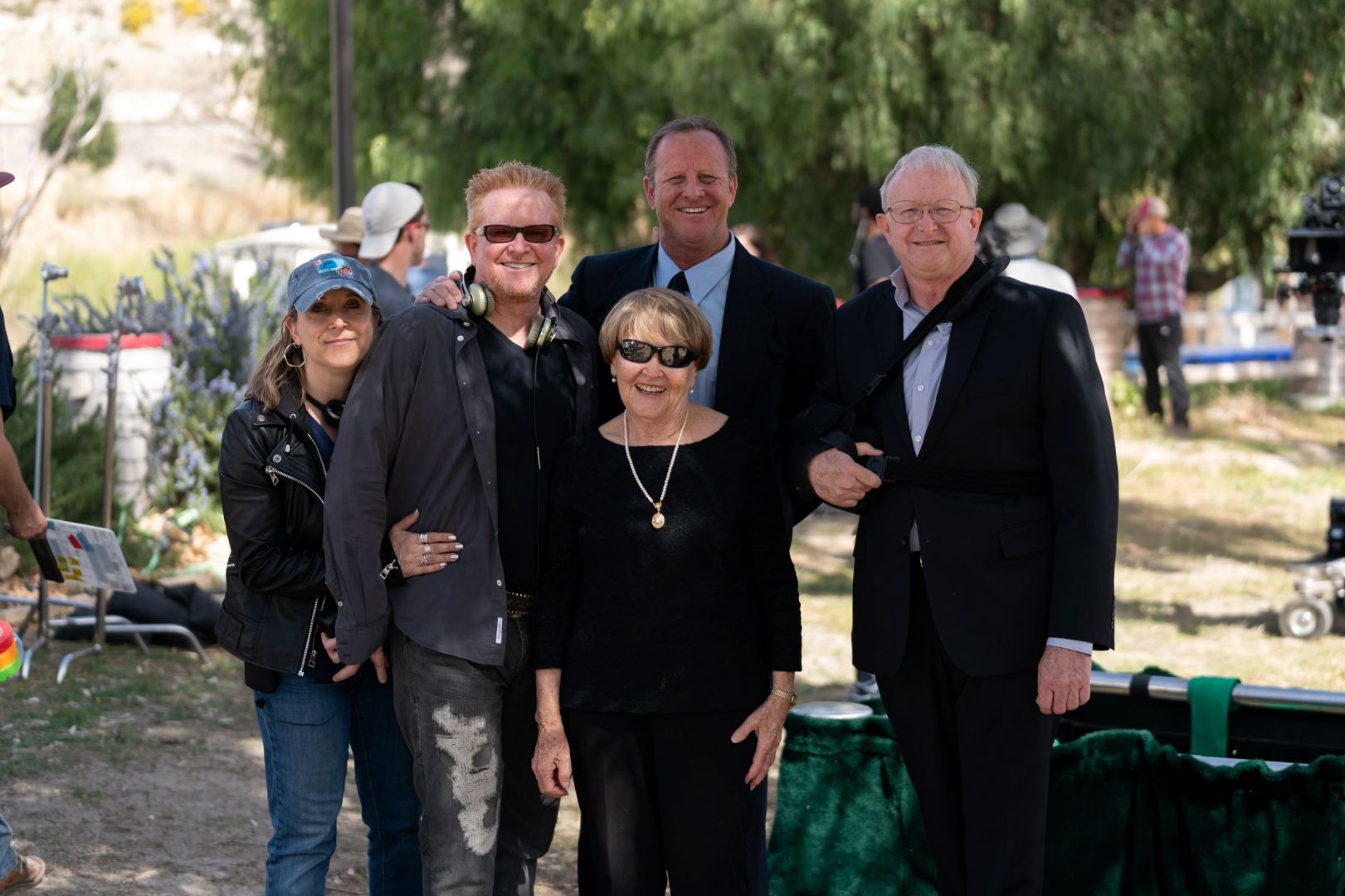 Alright, so let’s move onto what keeps you busy professionally?
Anyone who says they haven’t been challenged in life, simply has not lived. After all, isn’t it within all the challenges that we truly grow? I have been so fortunate to work for decades in film, television, music and technology where I have garnered many awards and accolades. However, when I look back, it’s the challenges and triumphing over the countless obstacles that I remember most and not the awards that quickly tarnish on the shelf. This past year has been beyond difficult for so many people around the world, to say the least. On the business front, in my case, we were producing a feature film that ultimately had to shutdown due to the Covid lockdowns in California. This production was challenging as is without a pandemic as our main locations was in the Angeles Crest Forest at the 8,000 foot level. The weather kept changing on us constantly and we had so many contingency plans in place that went from sunny to snowing that we were constantly relying on our amazing team to adjust in all the madness. Ultimately, with only a few days left of production, we were forced by the government mandates to shutdown. That production was a test of leadership, perseverance, and the power of never giving up. During the lockdowns and over the coming months, we prepared Covid plans and protocols in order to go back to work safely and it was grueling for so many people to figure it all out in the middle of their own struggles. Just as we were prepared to roll again in 72 hours, our key location in the Angeles Crest was in the path of the very large forest fires and evacuations were in place. Once again, with only 72 hours before filming and approvals, we had to find another location which was found at 4am and available. Fortunately, for us, we had an incredible team/crew and we were one of a few independent films that was able to successfully finish production and we now have a film to show for it that is forever part of history. The next chapter of my life is currently being written in my company, the Brave Road. The big shift in thinking came during my last company, Bishop-Lyons which had a first look and production deal with ITV Studios. During that tenure, I kept reflecting on what if I was able to help change the way we finance and produce film and television? What if I could help be a driver of positive systemic change in our industry? What if we create meaningful entertainment with the purpose of driving social change, instead of just funding a film or television for the sake of entertainment? This would all be a huge risk but a fire had started inside me long ago that I couldn’t ignore any longer and I needed to pursue it. Film and television has always had these types of projects but why does it take a decade or more to get them made? Why isn’t there sustainable initiatives that bring together ecosystems for positive change? Jeff Skoll’s Foundation and production company, Participant Media was an inspiration for me as well and I believe the Brave Road can pave the way for lasting impact. Whether it is in our current television series around Foster Care called HOPE TOWN in partnership with Al Roker Entertainment or the work we do with brands like Toyota Tsusho to promote positive social impact. I believe in the power of my 3 C’s as I like to say: Compassion, Cause and Collaboration.

Let’s say your best friend was visiting the area and you wanted to show them the best time ever. Where would you take them? Give us a little itinerary – say it was a week long trip, where would you eat, drink, visit, hang out, etc.
Pandemic aside, if a best friend is visiting the city, I would bring them to Shutters or Hotel Casa Del Mar in Santa Monica to take in the beach and enjoyable properties. From there, we would head up the coast to Santa Barbara to hit a vineyard and/or a walk in the Douglas Family Preserve in Santa Barbara – it’s a wonderful walk in nature near beachside cliffs. We would then finish off the day back in Hollywood for sunset at Yamashiro’s to take in the view of the city and then, we would of course, end up at my place in our own magical backyard oasis for fun, music and drinks. 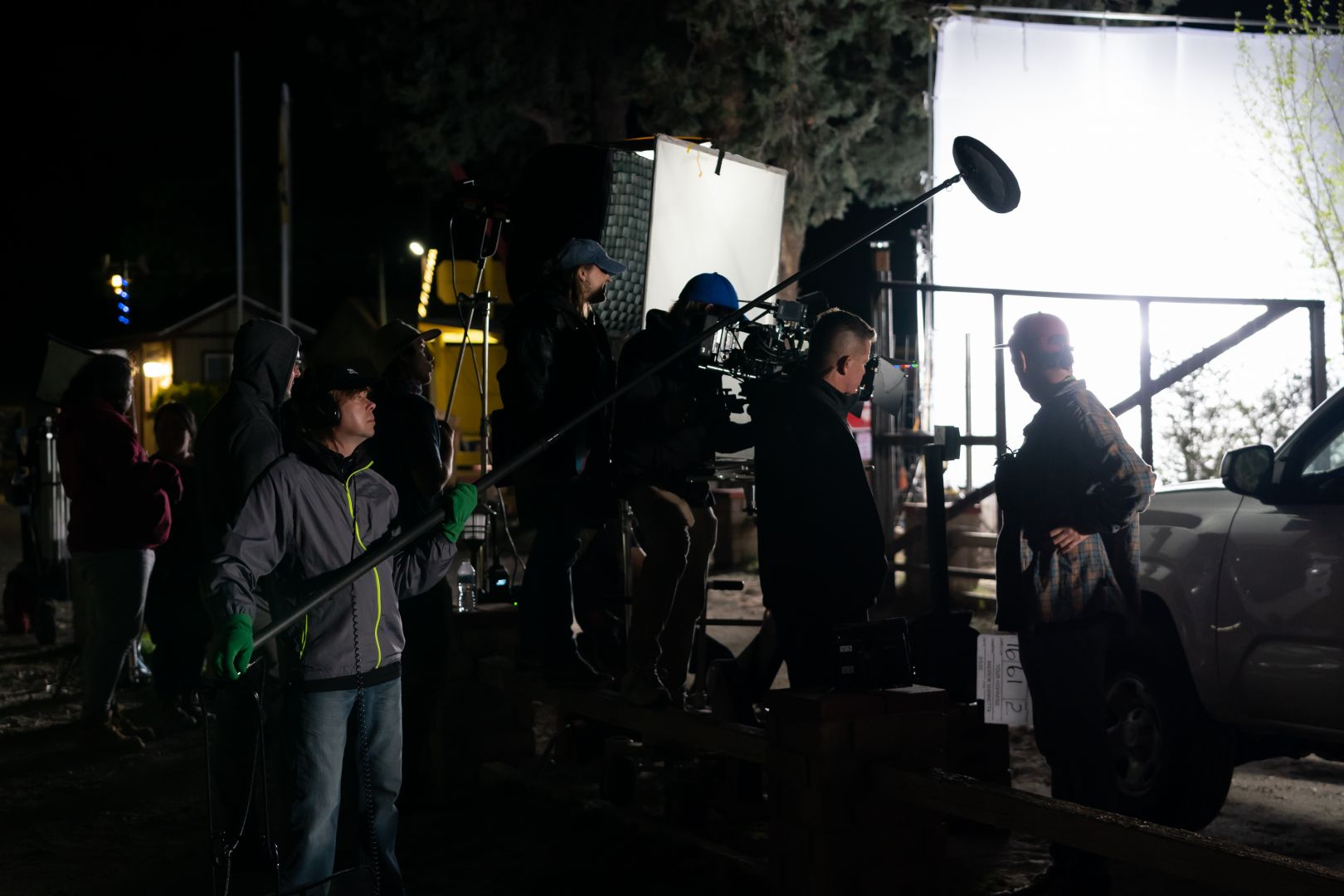 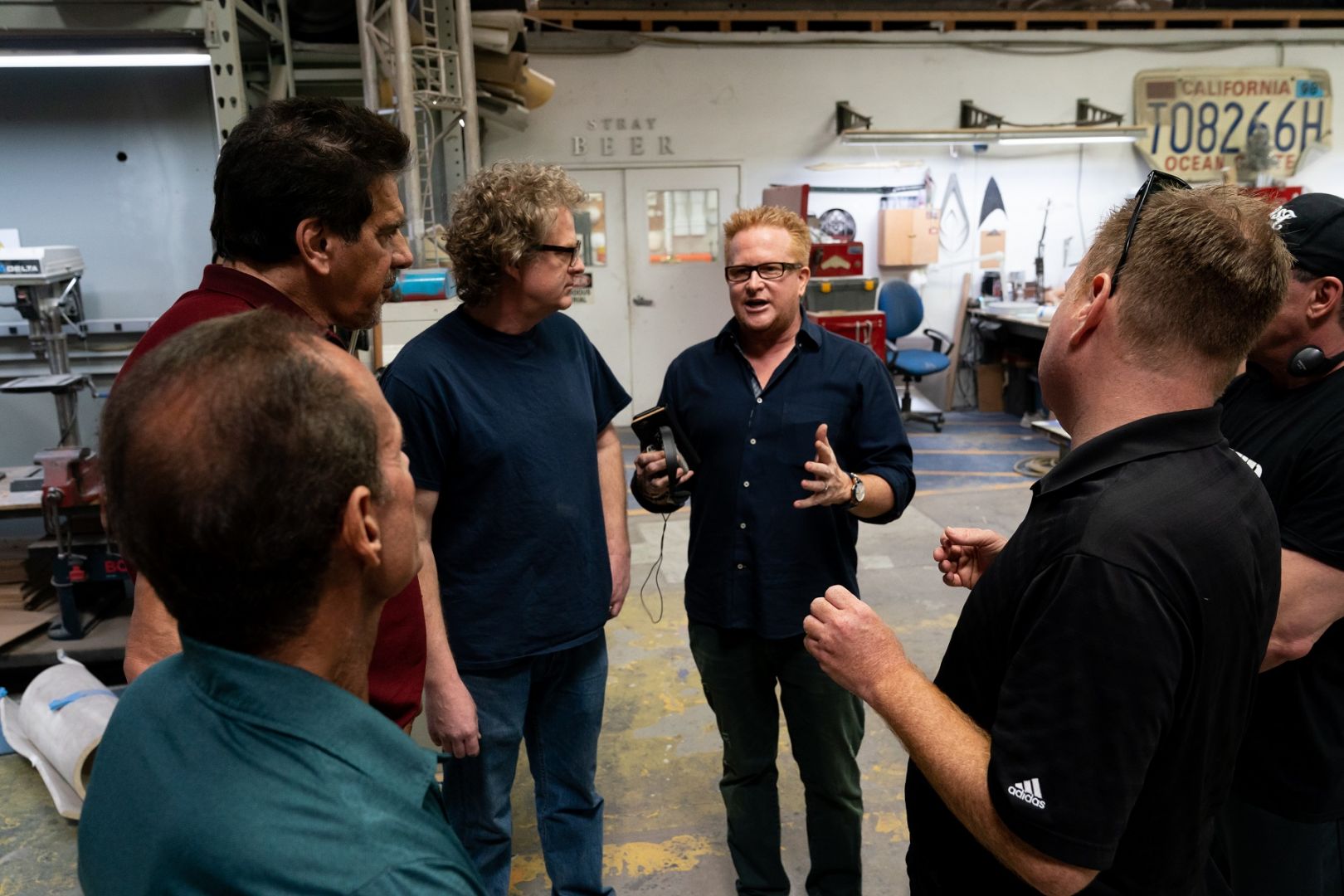 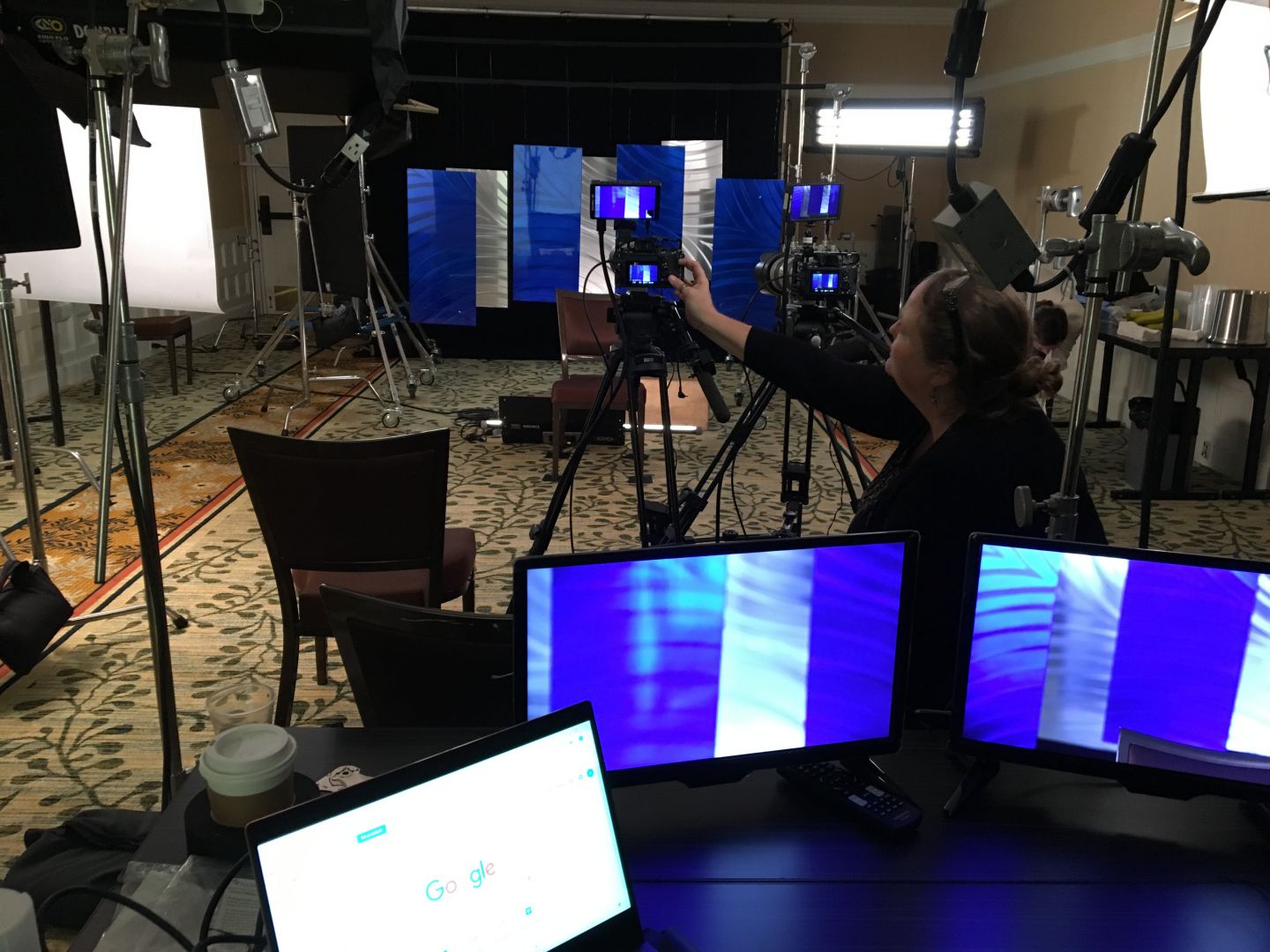 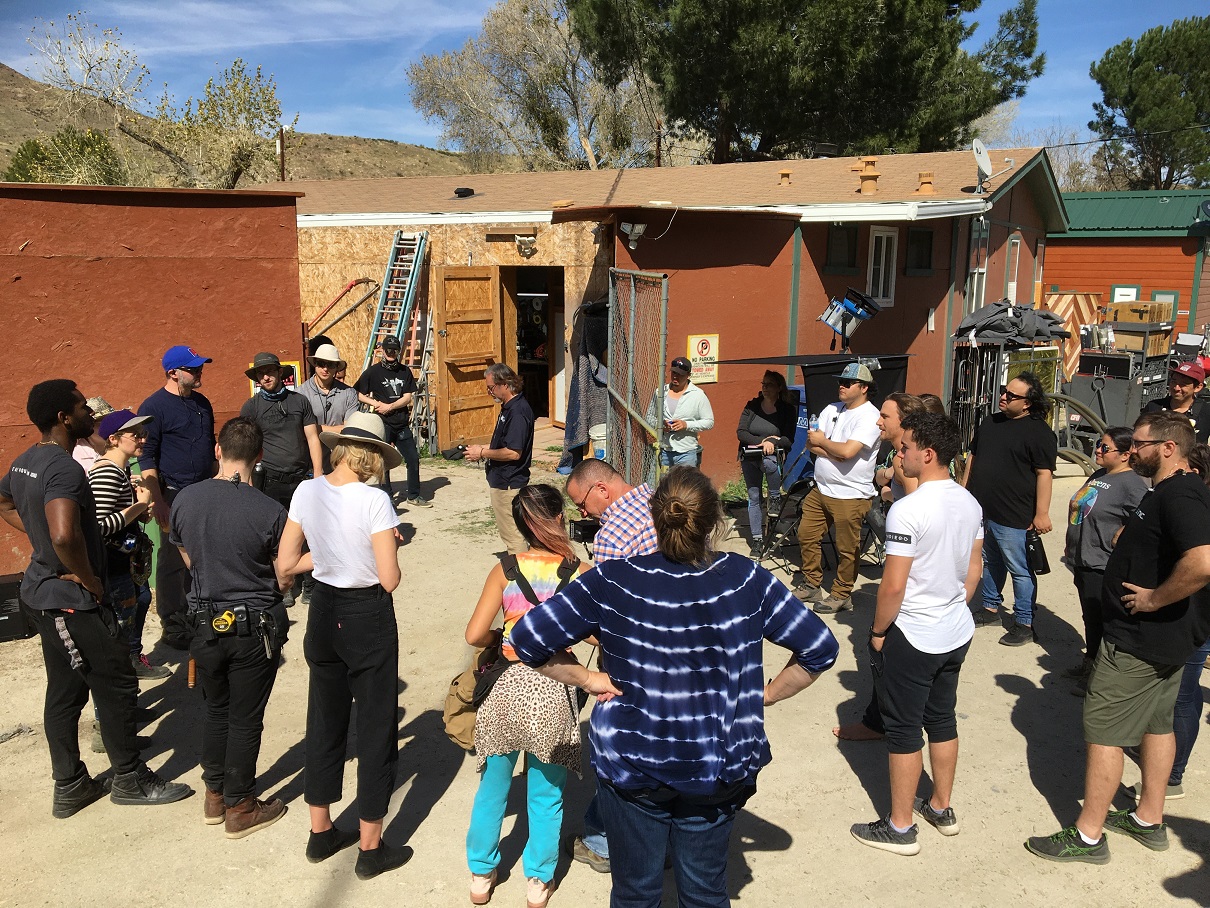 The Shoutout series is all about recognizing that our success and where we are in life is at least somewhat thanks to the efforts, support, mentorship, love and encouragement of others. So is there someone that you want to dedicate your shoutout to?
I’d like to give a shoutout to the following people: My Mom and Dad for giving me the support and opportunity to learn, love and grow into the the man I am today Harmon Parker, a CNN hero and friend, who builds bridges in Africa – he helped inspire my new company, the Brave Road The book, Leaving Microsoft to Change the World by John Wood that planted the seeds of doing good works through business