We had the good fortune of connecting with Andrew Malcolm and we’ve shared our conversation below.

Hi Andrew, how does your business help the community?
Our production company focuses on telling stories which highlight challenging modern dilemmas in. unfiltered ways. Most recently our work with conservation groups like The Wildlife Emergency Fund, The Aspinall Foundation, and Willdtrust, has been oriented around showing the nuts and bolts, the real work of what goes into emergency rescues of endangered animals in Southern Africa. Our films Malelane, and Coming Home: The Mpilo and Makhosi Story, focus on emergency intervention operations to save five elephants from being shot, and two rhino orphans being relocated to a new game reserve. The intention is to develop a television series which gives audiences an in depth look at what conservation is, and what it means to be on the front lines of saving a planet which is quickly becoming uninhabitable for most species on Earth. It is our hope that Saving Giants The Series, will show global audiences that the people who make dramatic changes in our future, aren’t a bunch of caped super heroes, but people like you and I, who rise to the challenge of doing what they believe to be right in the face of overwhelming odds. Our company wants to empower people like Dereck Milburn (The Aspinall Foundation), Kester Vickery (Conservation Solutions), Dr. Dave Cooper (KZN Wildlife) and others like them, to show the world that they can be a part of the solution to our mounting global sustainability needs. 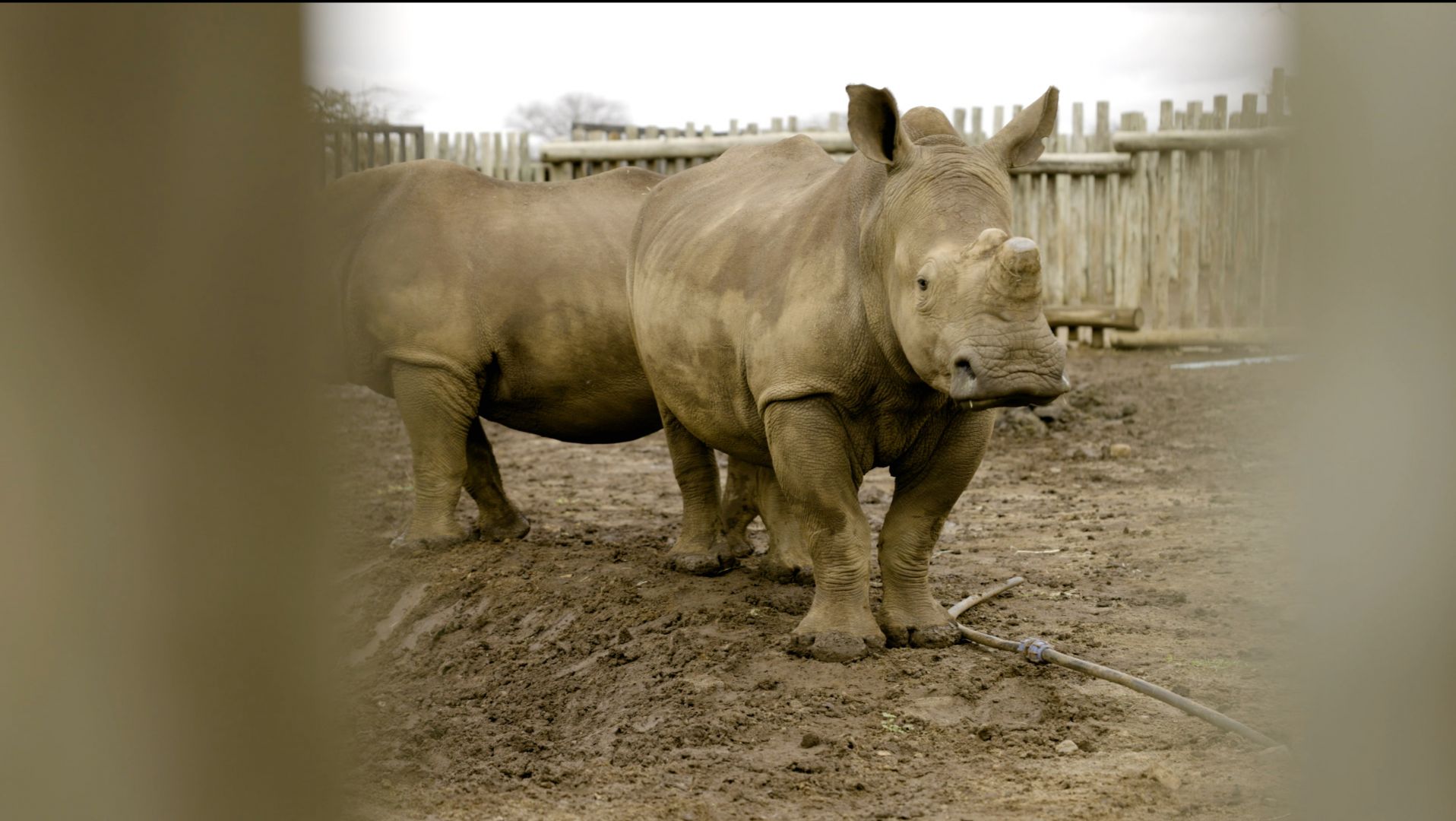 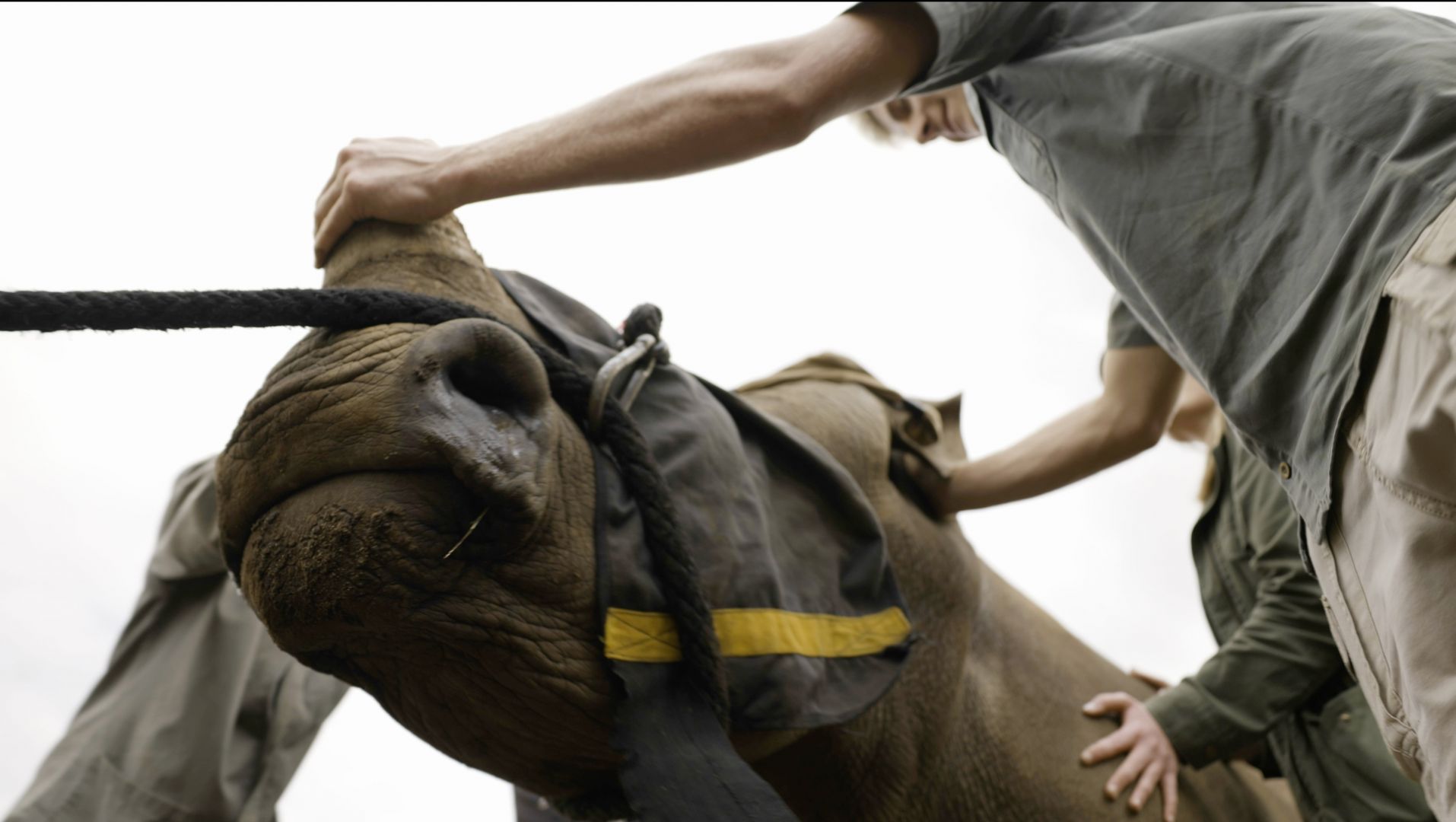 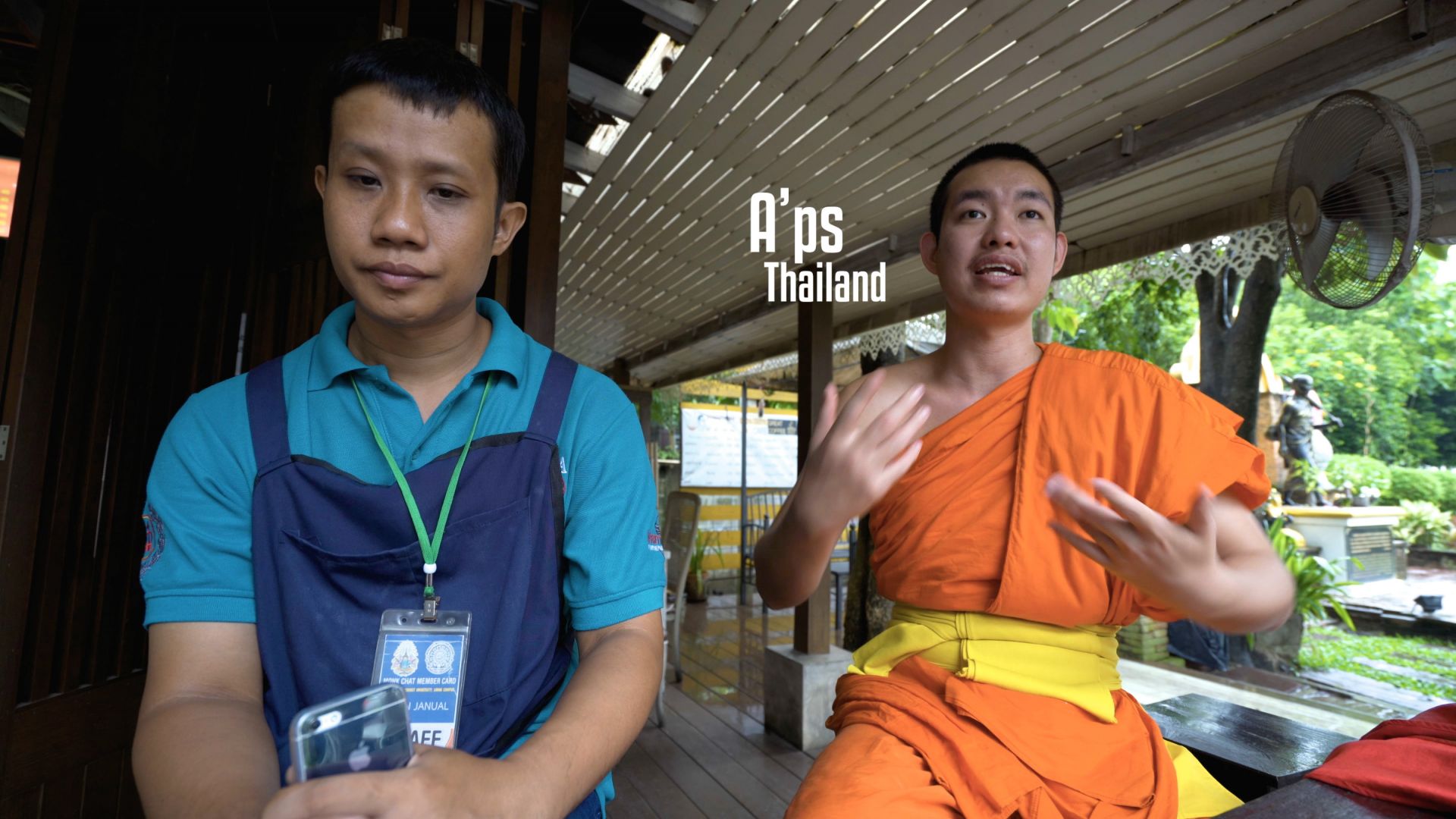 Can you open up a bit about your work and career? We’re big fans and we’d love for our community to learn more about your work.
I did not set out to be involved in documentary film making at all. Let alone to become a producer and director of wildlife media. Originally I was training to become an actor, where much of my passion still lies. However, in 2018, I had become quite frustrated with the pace and trajectory of my work, and took it upon myself to press the reset button on my professional ambitions. I told my family I would be going to South East Asia for three months, and I was going to make a film. What about, I wasn’t exactly sure, but I wasn’t going to waste the opportunity. I thought about it for a long time, and finally realized the question I should be asking wasn’t what film was I going to make, but rather, why was I going in the first place. And that is how the concept for our first film “Discovery Mode” was born. Over the next five months, my partner and I traveled to Thailand, Cambodia, Vietnam and Indonesia, and asked Millennial travelers, why they were traveling abroad.

While we were away, I had the opportunity to stay at the Chai Lai Orchid Eco Lodge, and interact with thirteen elephants who have been saved from the logging industry. We were so motivated and moved by the mission of the owner, Alexa Kyaw, to rescue these elephants, and to provide gainful employment and education to the Karen Ethnic Minority Group of Northern Thailand, that we offered to make some promotional material for them. This became the first time I was able to film elephants, and I fell in love. Elephants have a way of communicating with you that doesn’t require words, or sounds. Their eyes speak volumes, and their hearts touch you from sometimes hundreds of feet away. They are often more human than people are, I’ve found.

Just over a year later, in the midst of editing “Discovery Mode”, I was contacted by a man named Chris Holcroft, who was looking to document his work with elephants in South Africa. He asked for my assistance in developing the concept for a series to be produced about the work surrounding animal rescues, and if I would go in on a partnership with him. This relationship led me to having my boots on the ground in South Africa for two elephant rescues. Then some three months after our partnership began, Chris suddenly died. It was devastating. However by that time, I had been bitten by the idea of helping this salty and inspiring conservationists be seen by global audiences, and highlight the remarkable nature of their important work. So, Dereck Milburn and myself, set out to re-establish the push to have Saving Giants turned into a series, and we have since cooperated on filming five additional operations, to get us to where we are today.

Most recently our two released projects, “Malelane” and “Coming Home: The Mpilo and Makhosi Story” have gained attention on the film festival circuit, with “Malelane” having been nominated for Best Green Documentary at the Gold Film Awards in the UK, and “Coming Home” winning the Audience Award at the 2021 International Wildlife Film Festival. We are very hopeful that through this process, someone who is both willing and able to help Saving Giants become a full blown series, will step forward and help us to save the countless thousands of animals that still need our help. Just today there are over 2,000 elephants in South Africa who are at risk of being killed unless someone is able to raise the funds and move them to safety. And we hope Saving Giants can be a large motivating force in that effort.

If you had a friend visiting you, what are some of the local spots you’d want to take them around to?
In Los Angeles, I am a big fan of Dave and Busters in Hollywood. I think it’s a damn shame that most adult entertainment is relegated to bars, dinners, or the movies. I love blending good ole fashioned childlike fun with a few stiff drinks and some wings. Plus, having a blast right in the iconic part of Hollywood gives one access to some of the best people watching and cultural fun that Los Angeles has to offer. 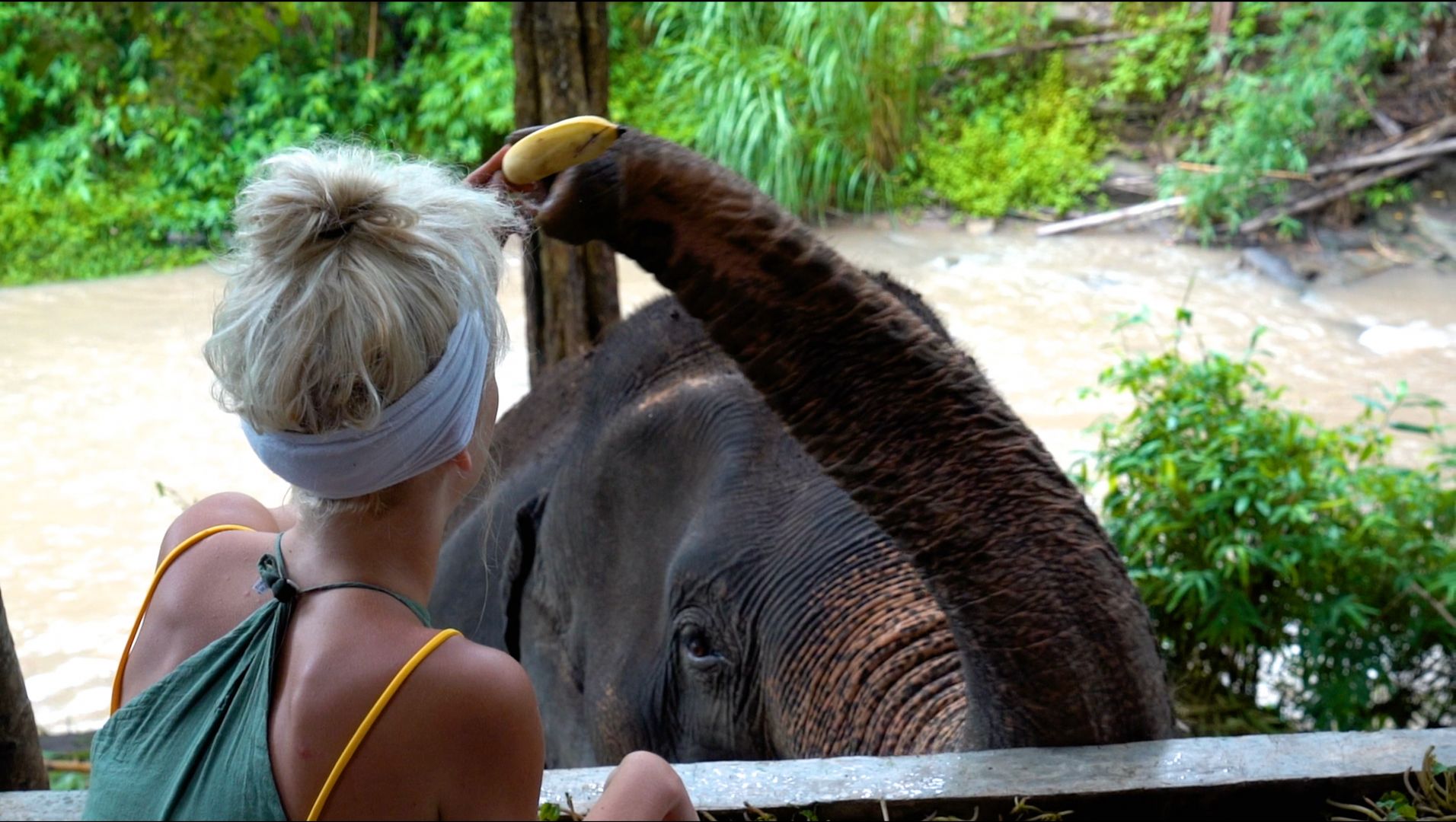 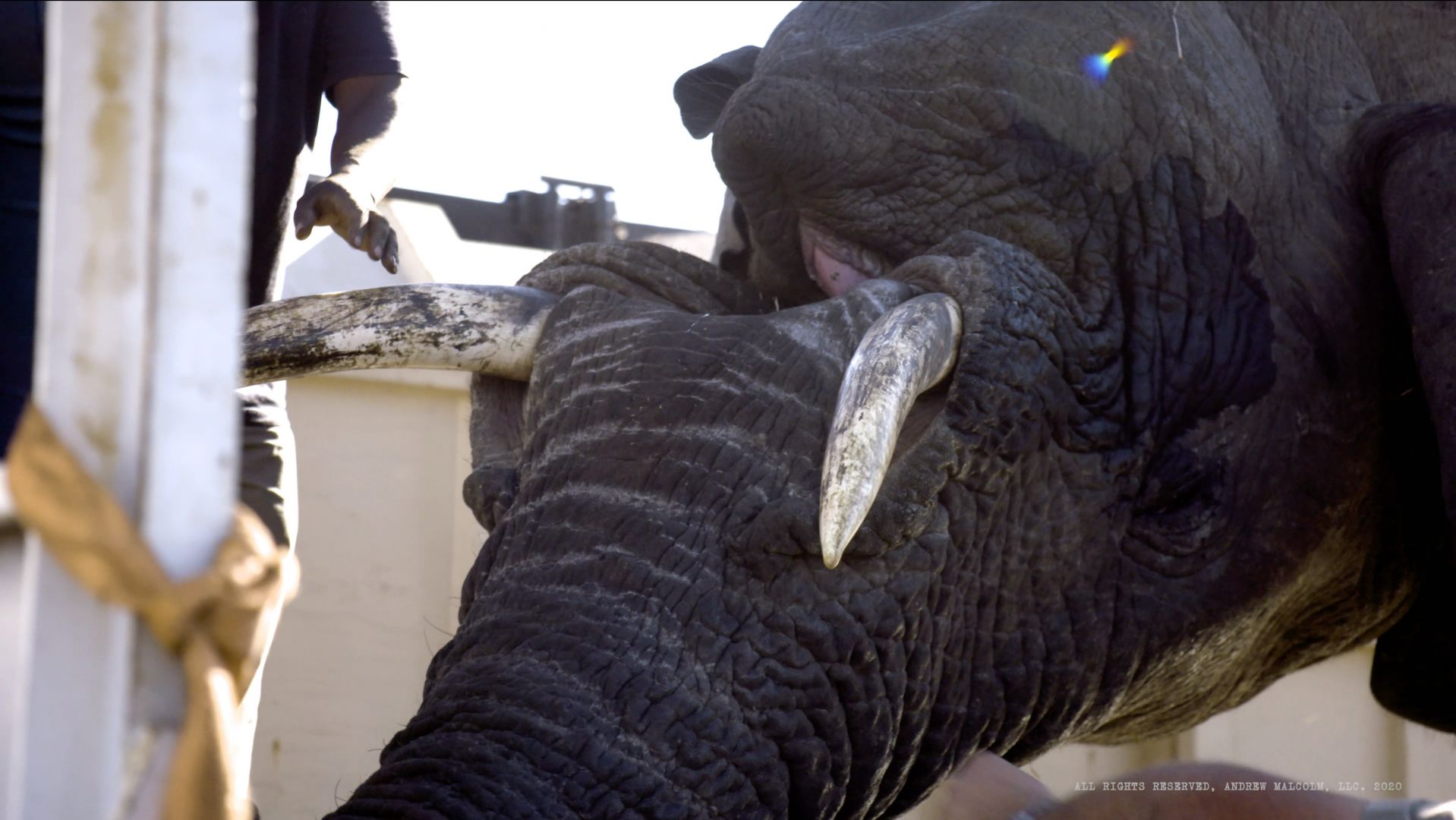 Shoutout is all about shouting out others who you feel deserve additional recognition and exposure. Who would you like to shoutout?
None of the work that’s gone into Saving Giants would be possible without the tireless effort and belief of South African conservationist, Dereck Milburn. Dereck is a veteran of South African conservation, who has taken it upon himself to become a logistical mastermind, who will take on multilayered, near impossible challenges, with one intention in mind, to save animals. Having overseen the translocation of some three hundred elephants, and thousands of other at-risk species over his career, he has created a web of contacts within his career space, which produces some of the most radical, tangible results of any person I’ve ever met.

Dereck and I met on the capture and translocation of an elephant bull named Harry, in the fall of 2019. Having previously done some translocation work with the support of my former partner Chris Holcroft, Dereck was able to finagle the move in such a way that I was able to join and document Harry’s rescue. The operation to save Harry exposed a horrifying situation in which it was discovered eleven other elephants, including two pregnant females, were at immediate risk of starvation, languishing on the dilapidated property of a billionaire sheik, only a few kilometers away. Dereck’s skill at organizing nearly half a dozen separate conservation entities resulted in the successful seizure and translocation of those elephants, before they died, and set into motion a relationship between he and I which has carried us to today.

In the year and a half I have known him, Dereck has been at the helm of operations which have rescued some twenty elephants, two rhino, dozens of giraffe, Cape Buffalo, and hundreds of other animals. During the pandemic he organized the dehorning of over 400 rhinoceros to spare them from a spike in poaching. And perhaps even more impressively, he has managed to convince a usually very insulated population, conservationists, to open up their world to our camera crews and tell these remarkable stories. Without Dereck, none of our projects would be possible.