We had the good fortune of connecting with Andy Deemer and we’ve shared our conversation below.

Hi Andy, is there something that you feel is most responsible for your success?
It’s hard to single out one factor as most important, as there are SO many elements at play. (For me, those would have to include endless rewrites, grueling practice, sometimes-humiliating live rehearsals to see what plays and what doesn’t. Plus a devotion to taking the agile frameworks normally used in tech companies, and applying those to my own art creation.)

But the single most important factor behind my success is to regularly perform for friends and strangers, and always invite feedback. It’s sometimes hard, especially with new pieces (“Will they like it? Will it bomb?”). But that feedback matters SO much: I consume it, meditate on it, am haunted by it. And then I have to know when to act on it. It was feedback from stranger that guided me into my award-winning performance character, that helped me to write some of my favorite lines, and turned curious and interesting tricks into fully mind-blowing magical effects. 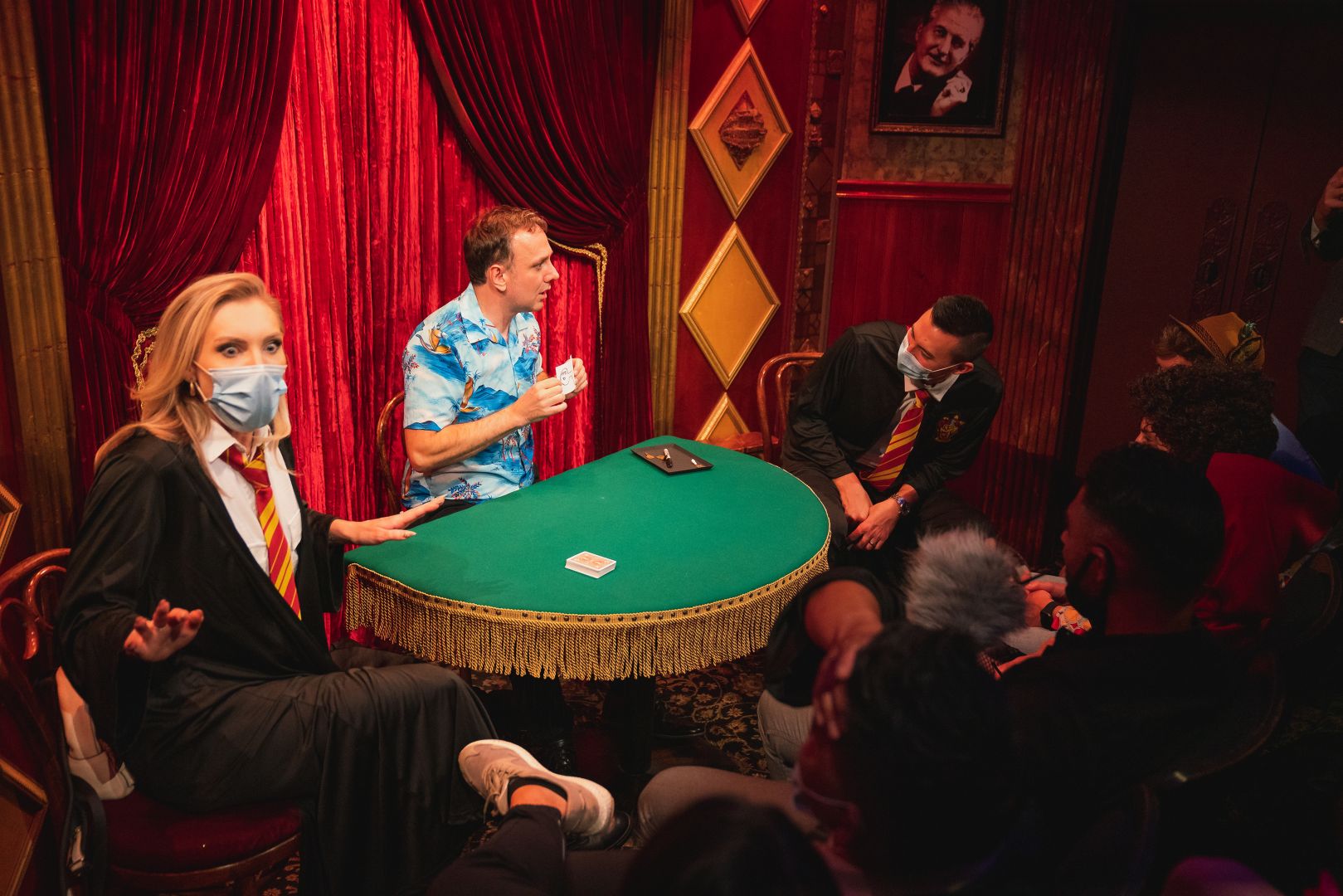 You see, I didn’t have a conjuring kit as a child. I didn’t play cards as an adult. I still can’t shuffle. I was always far more interested in theater film, acting through high school, writing movies through college, acting in and making z-grade cult movies. (I loved it, and still meet strangers with actual tattoos based on the films, but never actually made enough to pay my bills without second jobs.)

Then, at age 44, my partner took me to the world-famous Magic Castle in Hollywood. Have you been? It’s a private club for magicians and mentalists, and it’s like the perfect imagining of what it should be. Sliding bookshelves in plush velvet walls, formal dress is strictly mandated, and no photos allowed anywhere — while dozens of the world’s greatest magical performers appear on seven stages, blowing your mind over and over and over again.

I started going back as often as I could, compulsively. I consumed books, videos, and classes. I fell in love with the performances of a young wizard from Ecuador, who played the room like the child of both Harpo and Chico Marx, with hypnotically-bulging eyeballs and an unrealistically-engaging smile.

Along with award-winning magician Jon Armstrong, he helped me to develop out my character: a conspiracy theorist who’s only pretending to be a magician. 74 seconds into my Super Happy Fun Show, I freeze. I slowly look around the room. And I ask, “Are they gone?” Within seconds, my tuxedo has been torn off, and the pulled-down cheerful backdrop is replaced with a crazy wall.

It’s a parody of conspiracy theory, using magical means to demonstrate how Taylor Swift is controlling our minds with her music (she is!), or the lizard people run bases from breakfast cereal boxes. It’s funny and silly, but also handles a topic that’s affecting our lives in such an active and terrible way. As a cover article in New Mexico’s Pasatiempo recently wrote, it’s “entertaining, astounding, and all too timely.” 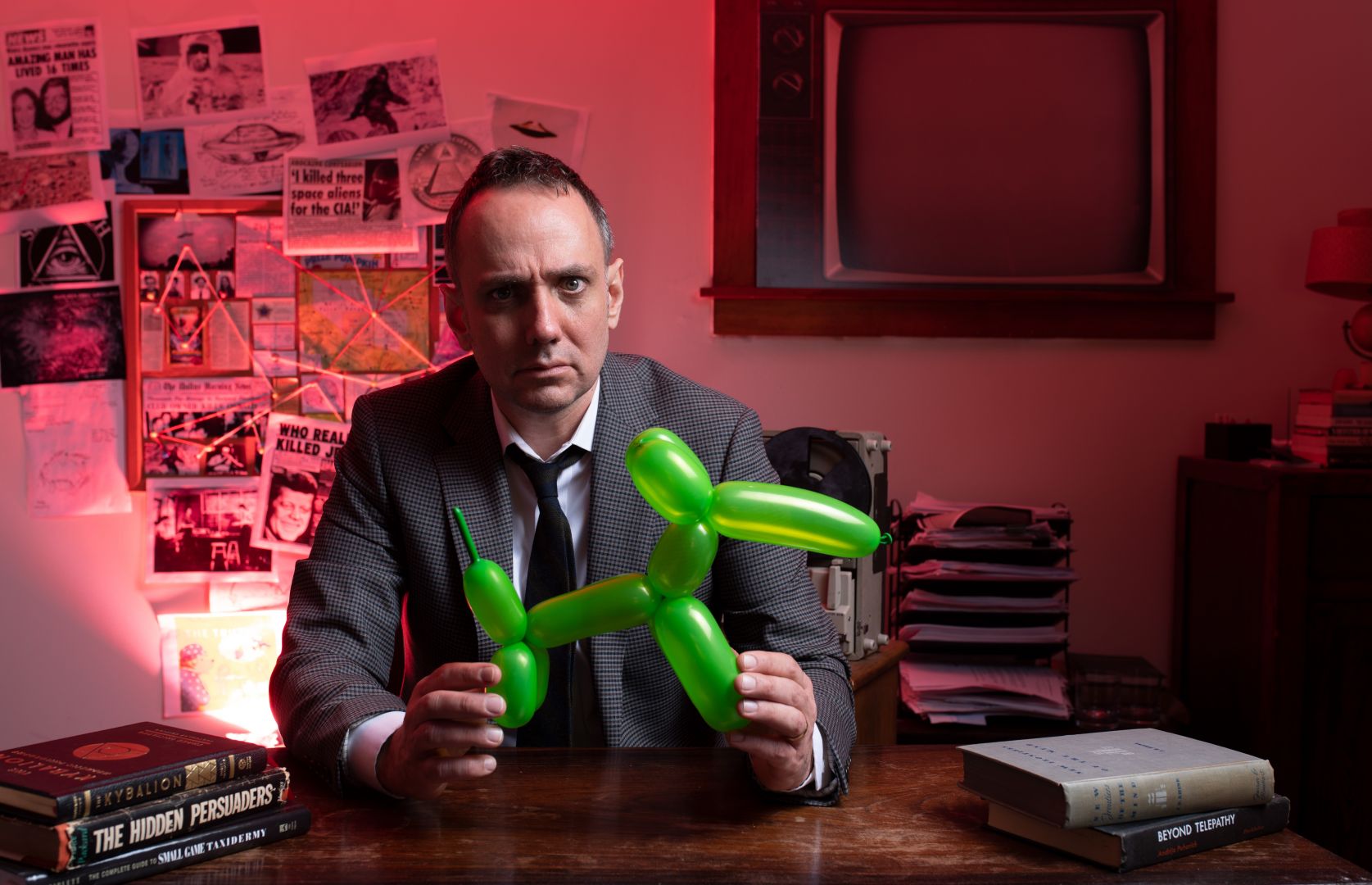 If you had a friend visiting you, what are some of the local spots you’d want to take them around to?
Sadly, so much has been lost over the last few years: downtown’s Bob Baker Marionette Theater, the oddball cafeteria at Clifton’s, Marty & Elayne at The Dresden. But there’s still so much that remains… and no visit to Los Angeles is complete without a tour of some of my obsessions.

Like the Magic Castle, of course. My very favorite place in Los Angeles.

To escape the heat, I like to guide first-timers to the Scientology Celebrity Center, where you’re invited to peek into L Ron Hubbard’s private office — kept immaculate for the day of his eventual return — and may catch a glimpse of the billion-year Sea Org contracts. (Or did I dream that?) I always pair that with a tour of the Museum of Psychiatry, where you’re locked into a padded cell, and forced to watch a video detailing the pains inflicted by psychiatrists. It’s a horrific museum, but fascinating.

When JFI Productions — local immersive theatrical productions — have a show, I always buy tickets. They’re dark, weird, and truly unforgettable. I’m quite sure their upcoming run of “The Willows” sold out in a day… but if you can score a ticket, go.

And for the ultimate in outsider theatrical experiences, I ALWAYS take visitors to Zombie Joe’s in North Hollywood. I don’t tell them much about the experiences, and often don’t know what they’ll be. Will we be blindfolded? Will we see things that will haunt us? Will we be amazed? That last one isn’t a valid question: you’ll always be amazed. 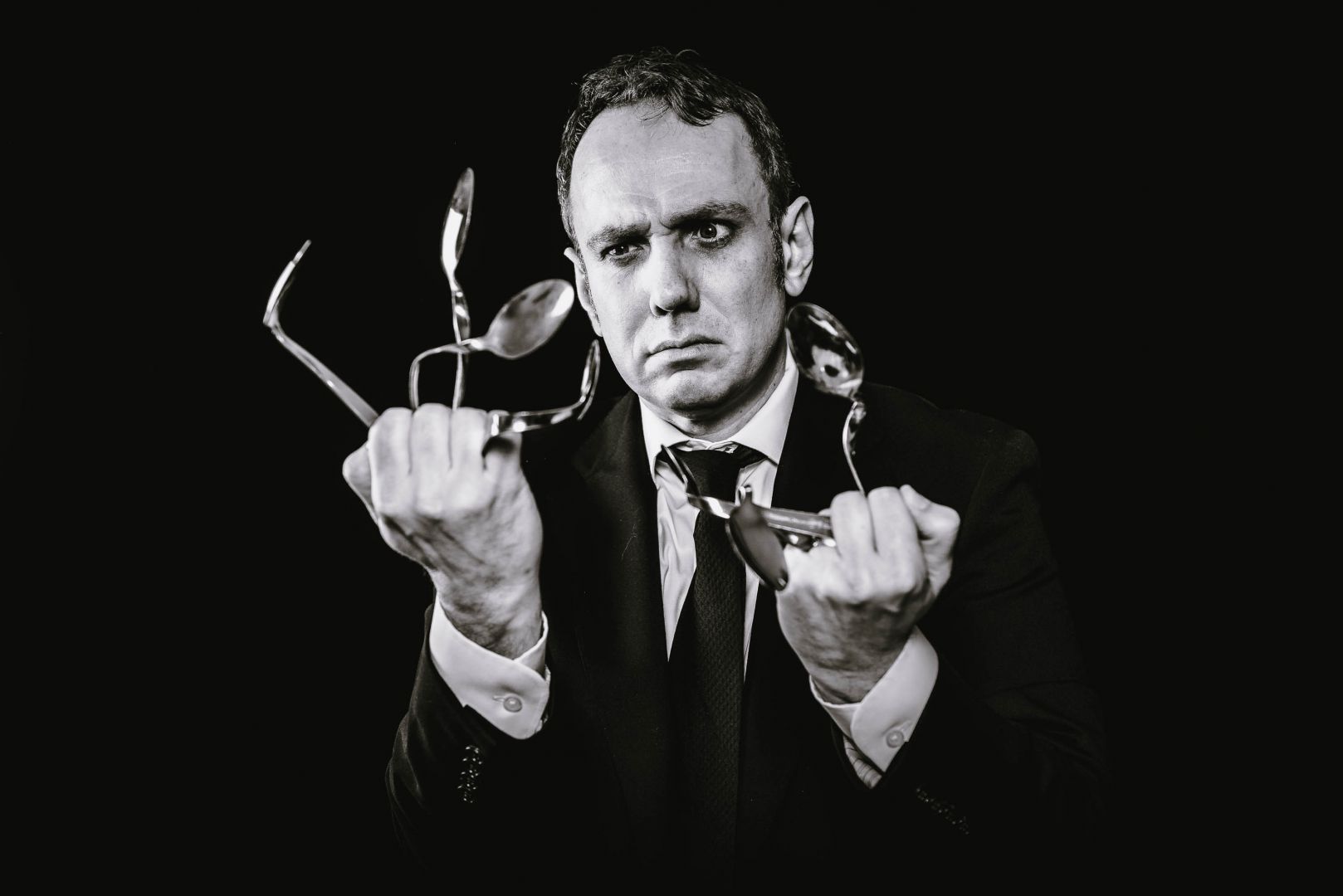 The Shoutout series is all about recognizing that our success and where we are in life is at least somewhat thanks to the efforts, support, mentorship, love and encouragement of others. So is there someone that you want to dedicate your shoutout to?
The Ecuadorian wizard Siegfried Tieber, my mentor and guide to finding magical realism in the everyday. 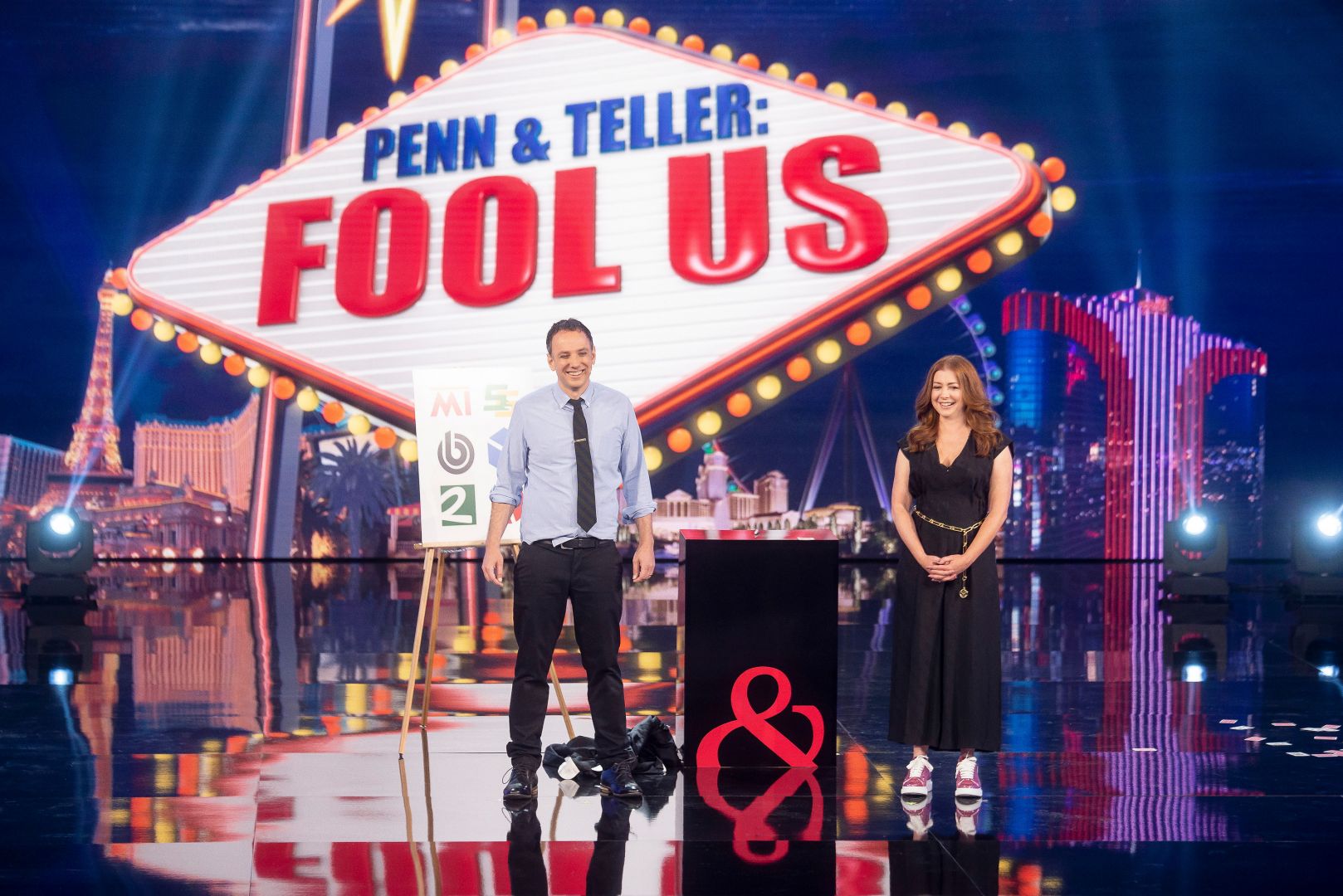 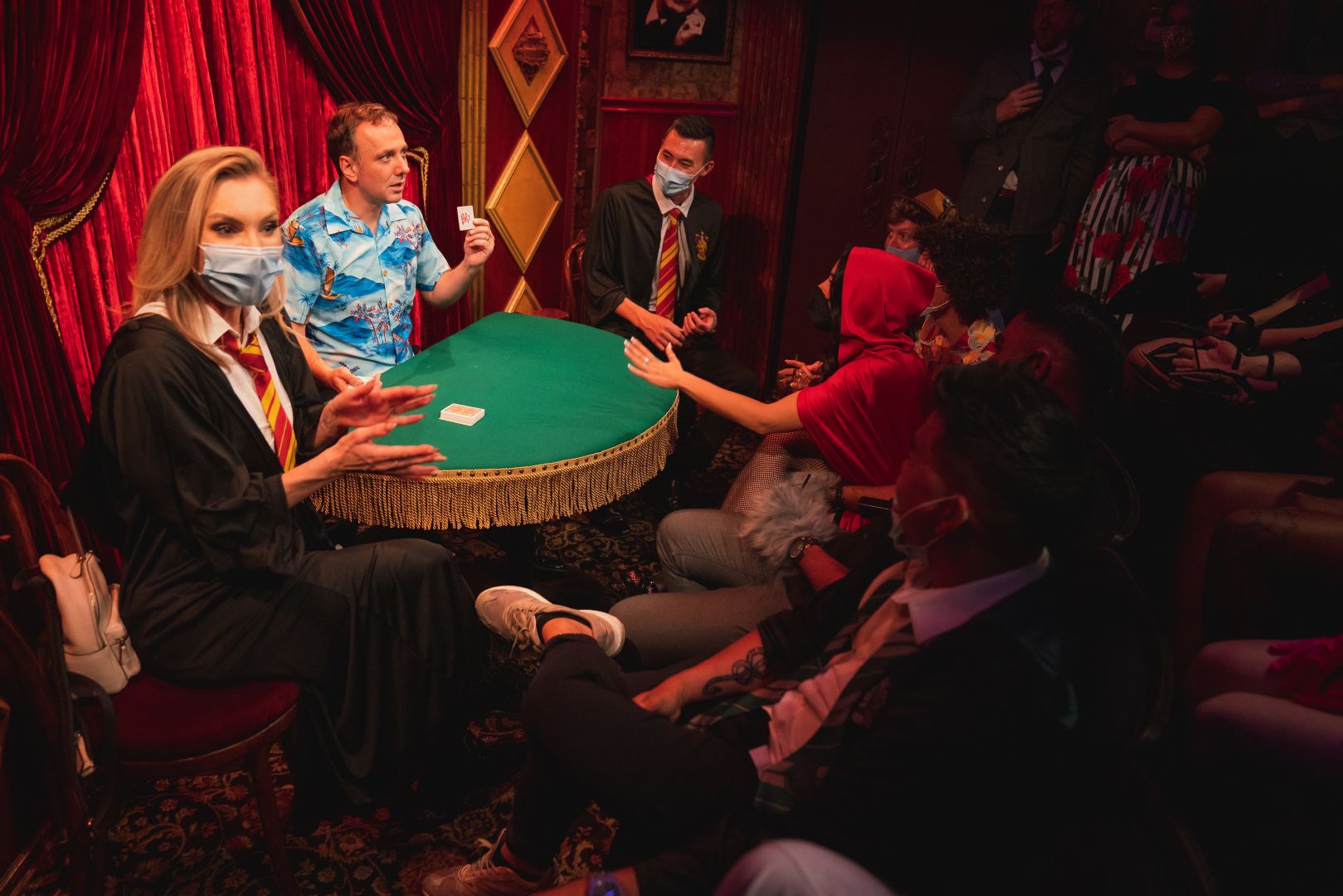