We had the good fortune of connecting with A’niche and we’ve shared our conversation below.

Hi A’niche, what role has risk played in your life or career?

If you were to ask anyone I grew up with regarding my eventual career path, I guarantee you no one would have said I’d be a rapper. As a kid, I was involved in every extracurricular–Student Council President, Soccer JV Team, Math and Science Olympiads…you name it, I was in it. I had straight As, and a dream to pursue medicine at Duke University. I played the NCAA 2001 basketball video game as a kid (the one with Shane Battier on the cover), and Duke was ranked #1 in my game–I was at that point fixated on going there, and I grew up always saying I would be a doctor. Ironically, my older sister became the doctor, and instead I went to MIT, haphazardly applying there at the last minute because my dad suggested it couldn’t hurt to try. Little did I know, 9 years later, this theme of “haphazard risks” became a theme for my life. At MIT, I went to the pre-health office the first week of my freshman year, and the infinite pre-med requirements questioned my passion for medicine. Through my four years in college, I bounced around to software engineering and finance, ultimately graduating and launching my career in the fin tech industry with a cushy job in San Francisco. This is where the story gets interesting.

Within the first few months of moving to SF, I was on my way in an Uber, when I started conversing with the driver. Next thing I know, we were talking about rap music, and playing our songs for each other. At the time, music was a fun hobby, and I had not thought of it as being more than that. It turns out that my driver was Adonte Fontane, an illustrious hip-hop artist from Oakland, and he would later connect me with Tim, my current artist manager. Taking an Uber may not seem like a “haphazard risk,” but the fact that I stayed in touch with Adonte and began working with him consistently was risky for someone who just moved to a new city and started a new job. A little while after this, I reconnected with my childhood friend, Varun, who introduced me to studio-quality music, and through a “haphazard risk,” I invested time, money, and energy into figuring out how to make music that I wanted to listen to–I had no idea where this journey would take me, but I was in a low mental space and music was the catalyst that helped me push through at the time.

Fast-forward to present-day, and for the first time in my life, my perspective on music has changed, in that sense that I don’t see it as a plan B anymore. The series of “haphazard risks” that I took up until now finally helped me learn one key gem of wisdom–you get to create the life you want, and your past does not dictate what you are or aren’t capable of. 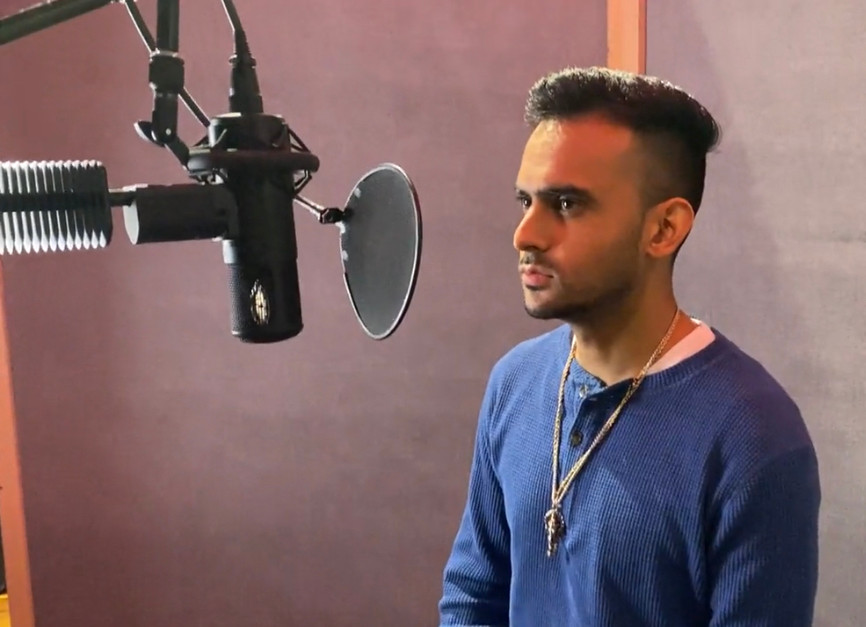 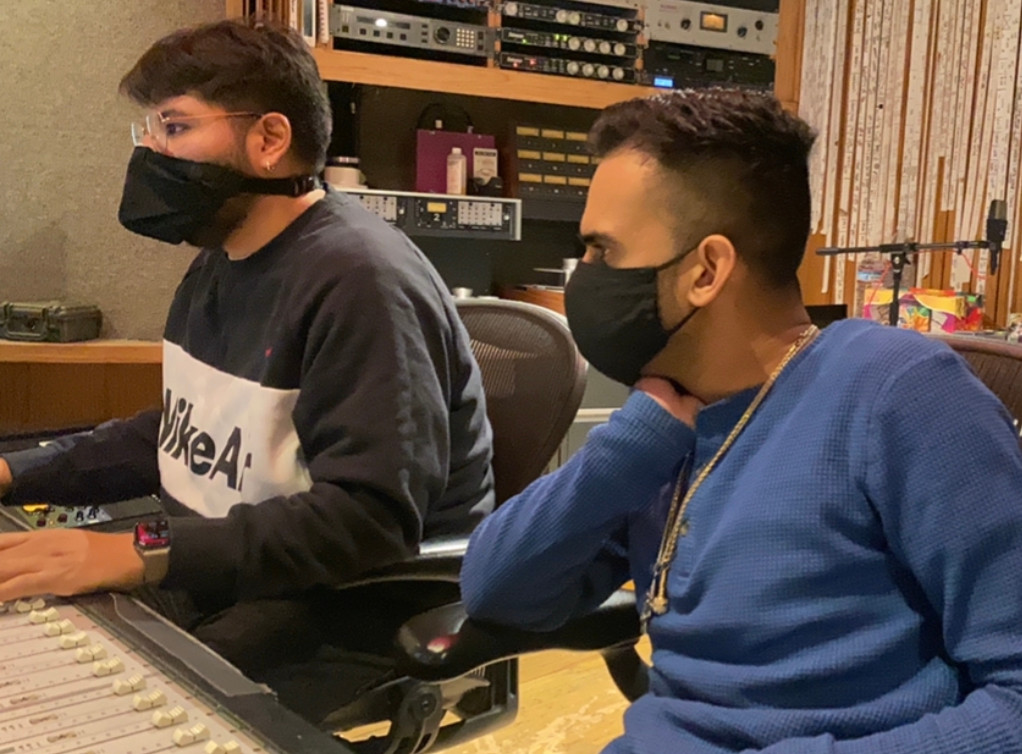 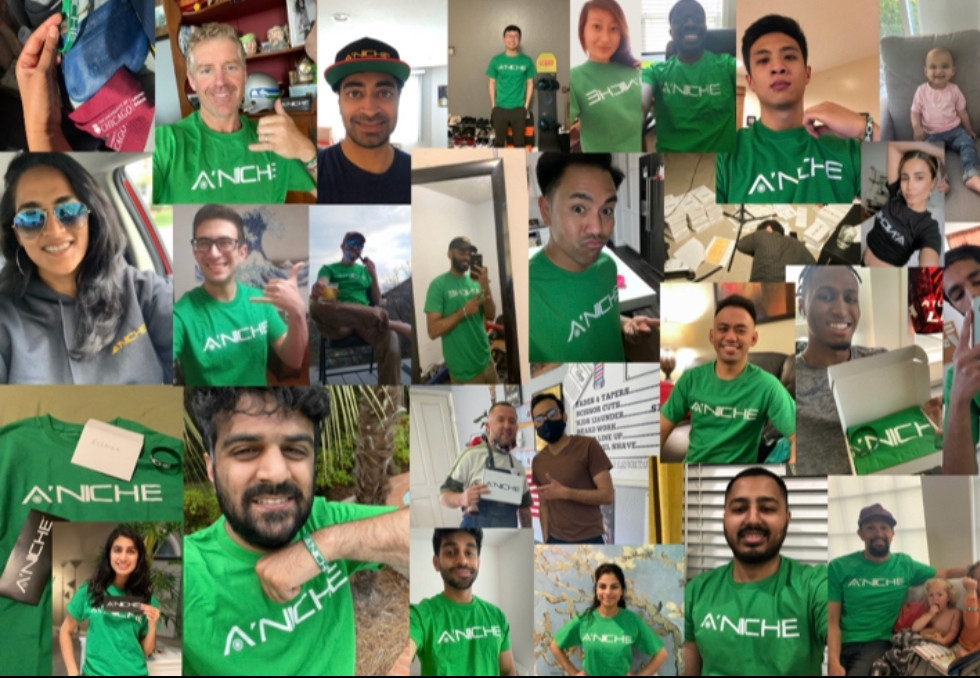 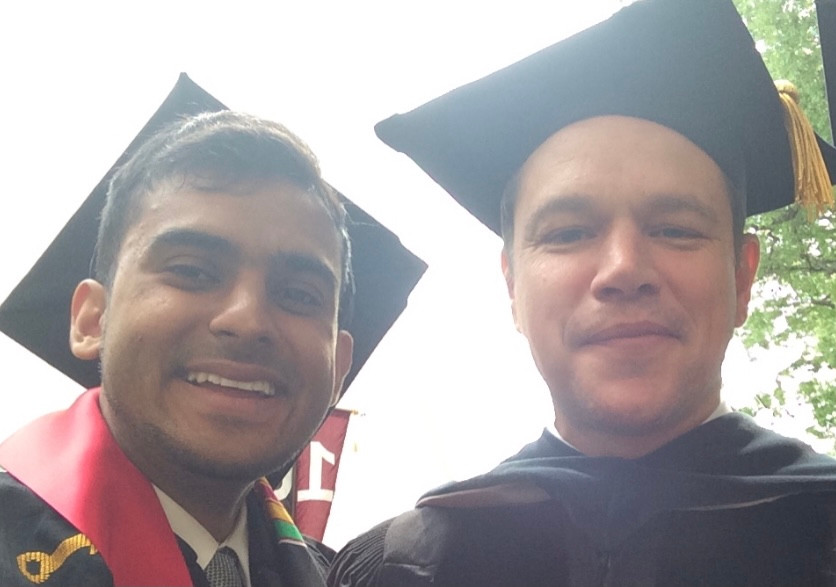 Can you open up a bit about your work and career? We’re big fans and we’d love for our community to learn more about your work.
The amalgamation of experiences in my life have defined my brand of music–as my artist name implies, I have been in the presence of “a niche” of various people, from all walks of life. I grew up in an affluent, homogenous white community, where my Indian culture shaped a lot of my values growing up. While in college, I joined a minority living group called “Chocolate City,” where I learned a lot about black and hip-hop culture, and during which I met my bro, Yuseff. We started making music together in college.

As a result of my unique set of experiences, I truly enjoy “dabbling with the colors,” (opening line from my song “Bagha”) and learning about people from all walks of life. I have friends in all different places that have taught me so much, ranging from interests in Pokemon GO and Baking to Pediatrics and 2Pac. I seek to delve into the various interactions that have shaped my identity.

What does A’niche sound like? You might get a song like “Girls Vs. Goals,” where I openly dissect my seemingly perpetual shortcomings in balancing romance with ambition. Then again, you might hear “Get At Me,” where I sport bravado and haughtiness. Or, you might visualize me taking it back to my Indian roots with “American Mumbai.” Each song serves to represent the wide range of emotions and experiences that have shaped my perspective.

As I’ve seen more revolutions around the Sun, one gem of wisdom has stuck with me. There are infinite perspectives in our world, and as a result, a lot of divisiveness. My goal has always been to use music as a vehicle to creating empathy and understanding. By telling a lot of different stories with my music, the hope is that each of these stories will help provide an understanding of the many angles of thought from which people are coming from. “Chennai Chasedown” is a great example of this, as I discuss the duality of the cultural disconnect between Indian and Indian-American immigrant perspectives. I take pride in this mission, and hope it challenges others to take a step back and be better listeners.

Any places to eat or things to do that you can share with our readers? If they have a friend visiting town, what are some spots they could take them to?
My friends and family know me as a very adventurous person. I like to play it by ear, and am very spontaneous. Structure is great, but I am a big fan of spur of the moment activities too. I’m a huge foodie, and I would likely take them to the best taquerias, sushi spots, and pho spots the Bay Area has to offer–El Farolito, Kazan, and Miss Saigon SF to name a few. I’m also a huge fan of boba tea and acai bowls, so those are a must–my go to spots are Boba Guys and Sidewalk Juice. I love any and every cuisine, so I would likely take them to some of the spots I mentioned, but would also try a completely new place with them.

In terms of activities, I love roller coasters and amusement parks and live events–we would definitely do Great America theme park in Santa Clara and a live music or comedy event in the city–Brick & Mortar and Neck of the Woods are great venues. Some of my favorite musical artists are Jack Harlow, Anik Khan, Raja Kumari, Bazanji, and Nipsey Hussle (RIP Nip). I would also book a studio session with my engineer Jorge, so that my friend can witness my song making process from start to finish, and potentially provide feedback during the session. Freestyling over a beat is one of my favorite pastimes, so my friend and I may end up doing that.

While these are some of my favorite things to do, I would ask my friend what they would want to do, as that carries a lot of weight. A lot of my friends joke that I’m a chameleon, but I tend to adapt to whatever vibe is around me. If my friend wants a more quiet night, I would recommend we watch a good Bollywood movie like Lagaan. Otherwise if my friend wanted to do something more high intensity, I might recommend a karaoke bar like Bow Bow Cocktail Lounge.

I’ll caveat all of this by saying that because I’m a very spur of the moment person at times, we might throw these plans out of the window and do something completely different food wise and entertainment wise. Who knows where the week will go? I’ll be ready for whatever comes our way though. 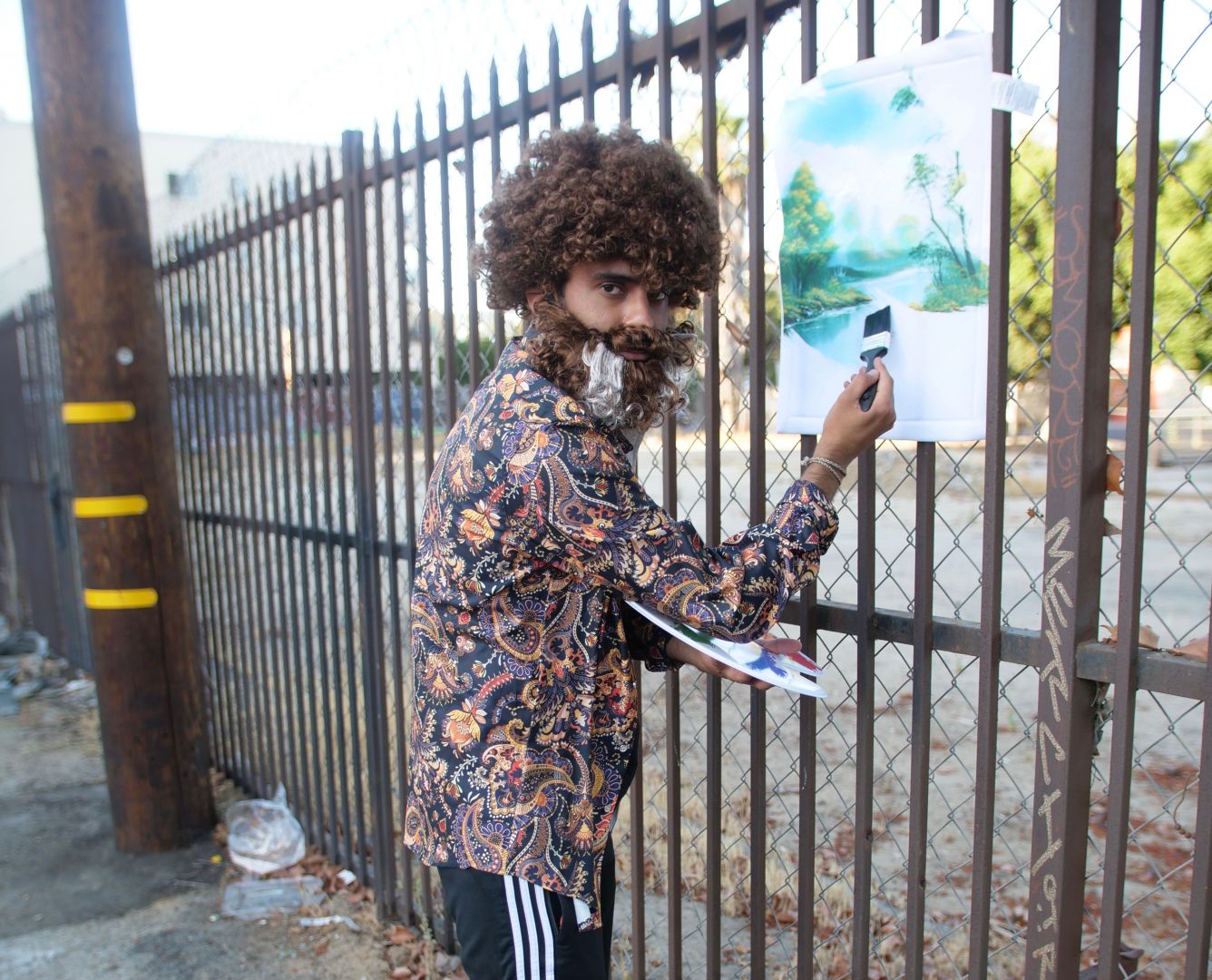 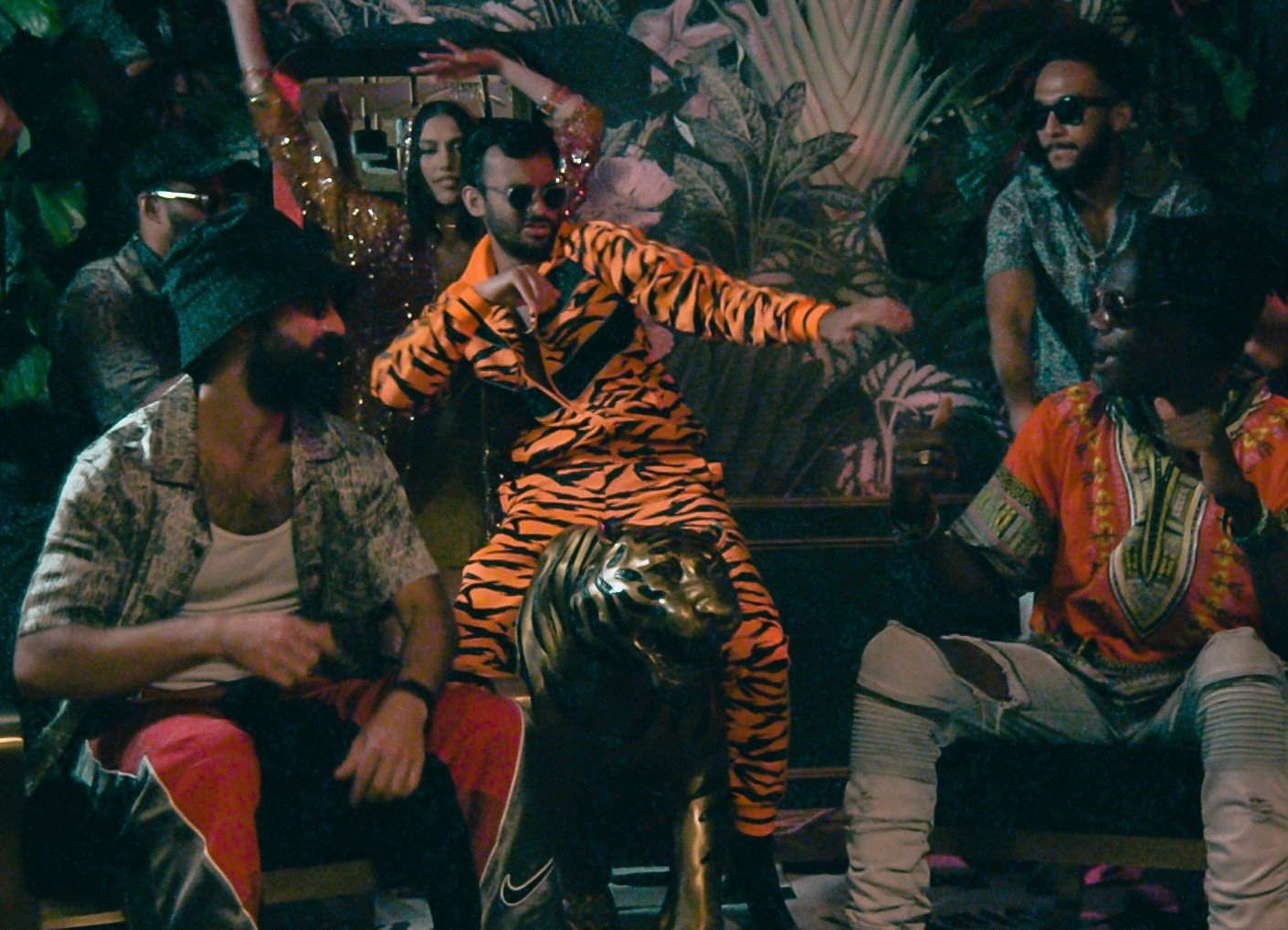 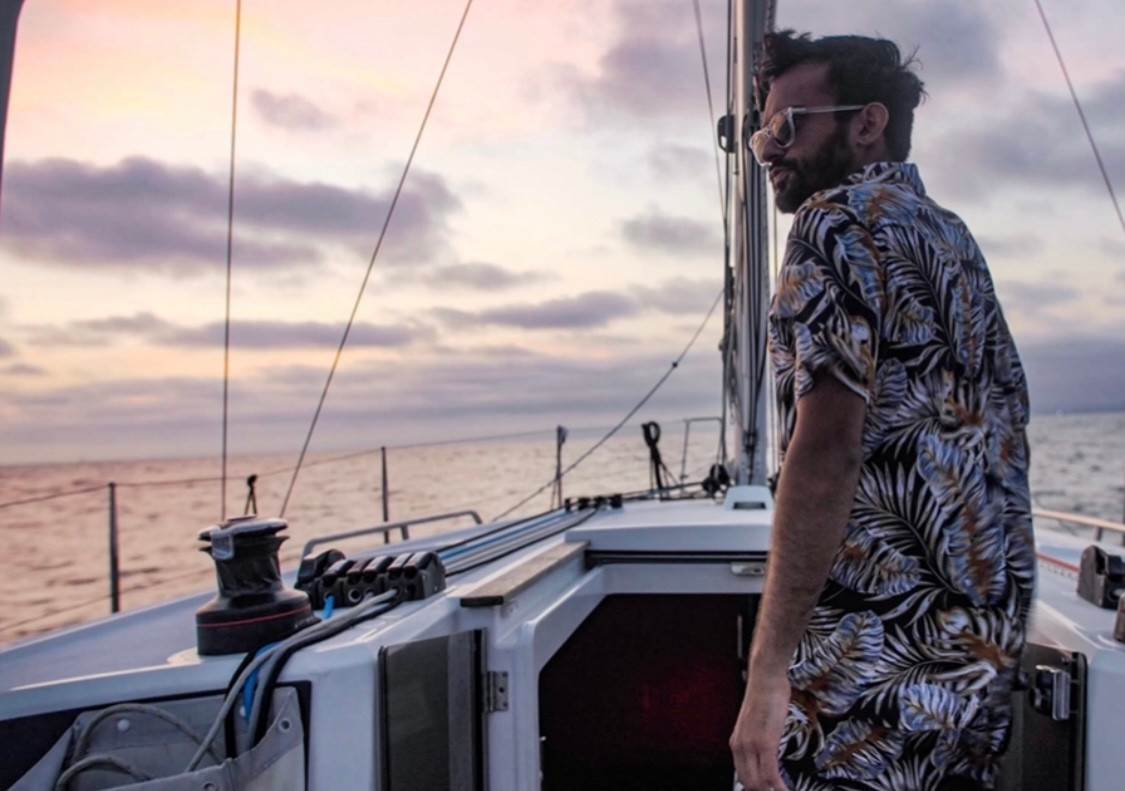 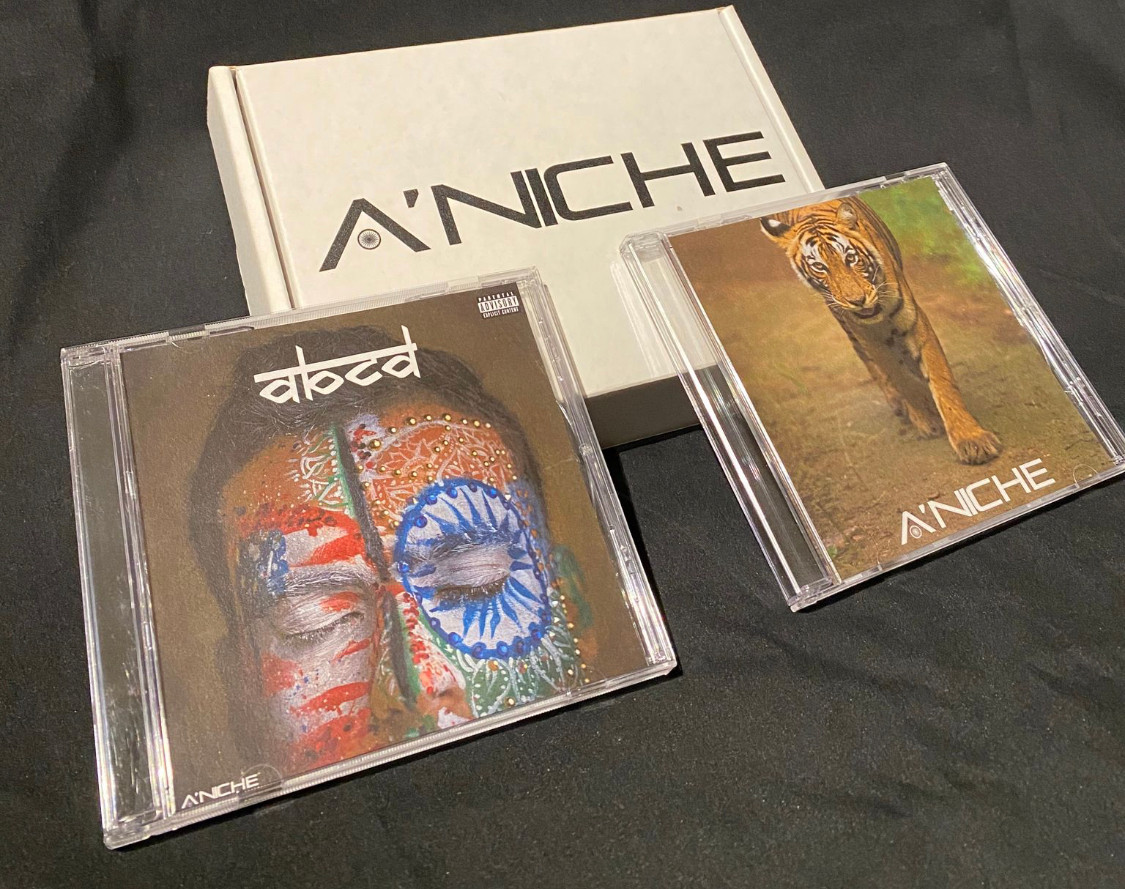 Shoutout is all about shouting out others who you feel deserve additional recognition and exposure. Who would you like to shoutout?
There are too many people that I want to shoutout here, but it’s going to be impossible to put everyone on here. I want to dedicate this interview to my parents and my sister, Shamita. My family has been the pillar for my success thus far–thanks to my endless sacrifices from my mom and dad over the last three decades, I am in a position where I can chase my dreams without hesitancy. My sister has been my biggest supporter over the last 5 years, since I have started pursuing music. She is my best friend, and has been there for me through thick and thin with my music career while we have lived together in San Francisco (her artist name is Jazba and she is the very talented vocalist that features on a lot of my tracks!).