We had the good fortune of connecting with Anna Simone Scott and we’ve shared our conversation below.

Hi Anna Simone, what role has risk played in your life or career?
Deciding to work in the arts is definitely a risk in itself, but one worth taking in spite of the ups and downs. As a teen I began my risk taking journey in Sydney when I enrolled at a theatre school then went on to put myself through university doing commercials and film roles with some major actors and directors. That was both terrifying and exciting. Upon graduating with a Bachelor of Arts degree in Theatre and Art History, I wanted to experience different cultures so I lived in London for several years where my study continued at The Actors Centre, and Shakespeare at The Royal Academy of Dramatic Arts.  I performed on stage throughout the UK, along with roles on several TV shows. My mother was born in Ireland and I felt a familiarity with the British Isles, also the easy proximity to Europe allowed me to experience the art, architecture, cuisine and language of several countries. Going to NYC to study with incredible acting teachers was thrilling. I ended up performing Off-Broadway and on the soaps, and at the same time, soaking up the extraordinary culture and life of my favorite city. All of this flows into my life as an actor, playwright and filmmaker in Los Angeles, where I’ve lived for many years. I’d say that previous risk taking has led me to writing more fervently, and jumping without hesitation, into the arena a few years ago as a first time director. Terri Sissman, a wonderful writer/producer, hired me to direct her beautiful script, The Aerial Girl, and our short film exceeded my expectations, winning accolades at film festivals worldwide. My gratitude is unending for that opportunity. I’d say the most impactful aspect was the fact that my vision was blown open. Suddenly my love of art made perfect sense; directing actors with a certain empathy and understanding from my years as an actor along with my love of language. All of which of course is reimagined in the editing suite. Although there are certainly no guarantees with an acting career, in a way I often think it’s ‘safer’ to stay on one trajectory. I’ve taken risks by diversifying my work which that has been most challenging. I’ve directed four films, written a number of plays, and occasionally returned to acting. 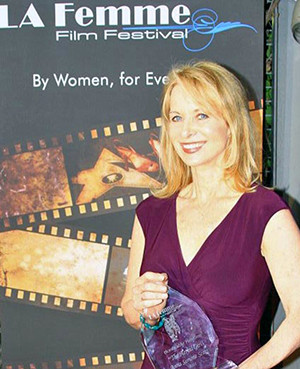 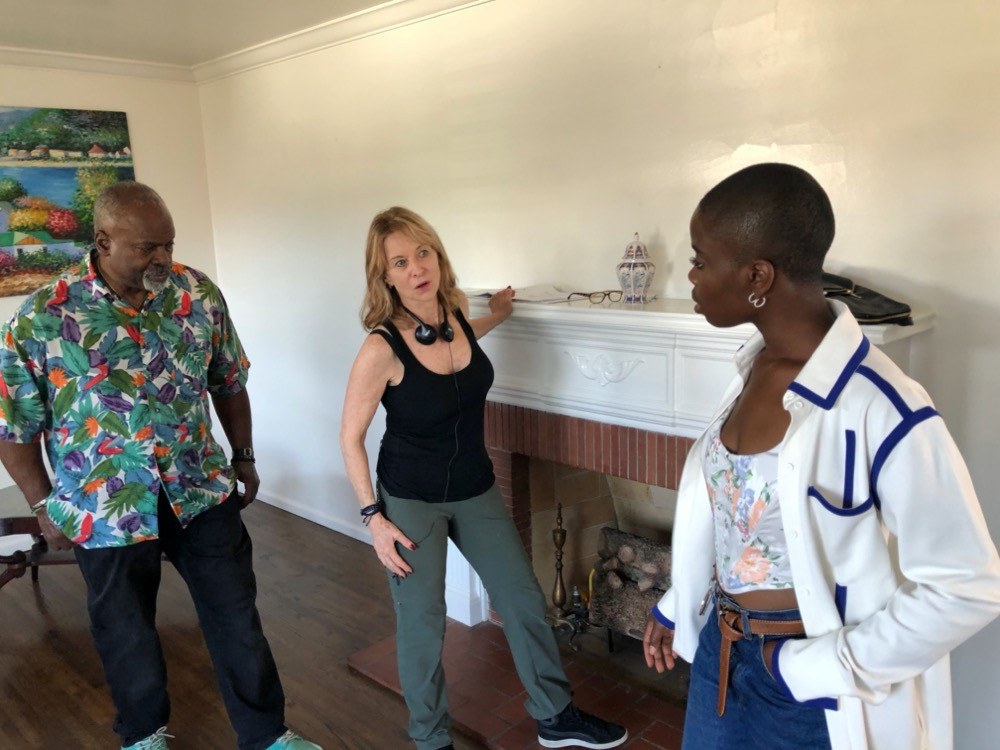 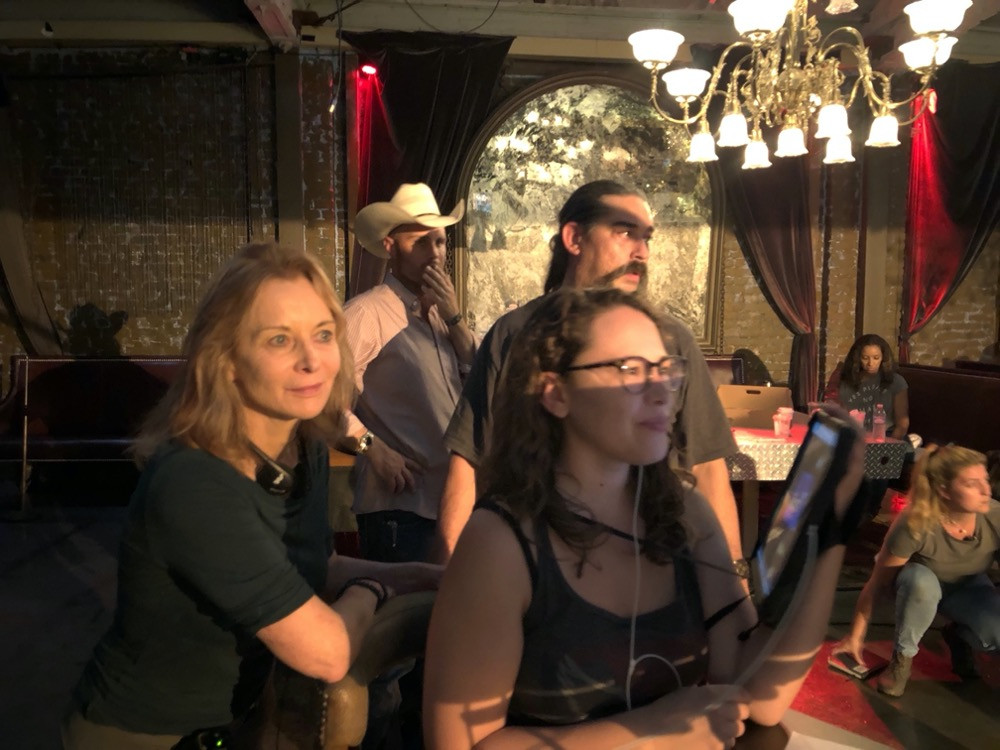 Alright, so let’s move onto what keeps you busy professionally?
The pandemic has has changed everything and the past year has been so challenging for us all. Right now I feel fortunate to be promoting the latest film I wrote and directed, Take My Heart, which is having a very successful run on the Film festival circuit. Go to  www.takemyheartfilm.com to see the film.

The team of TMH feels truly honored to be currently screening at the Pan African Film Festival. To be up there with so many talented filmmakers is indeed a blessing. The Festival was founded by Danny Glover and Ayuko Babu, so our deep gratitude to these gentlemen who  promote first and foremost Black filmmakers and also women directors. Please hop on the site and support this amazing festival here: www.paff.org

Take My Heart will next be seen at the Los Angeles Women’s International Film festival and then Block Island Film Festival in June.
With my partner, Peter Sands, I directed a very short pandemic film noir in downtown Los Angeles last year and it’s having its own life at festivals.
It’s based on my poem “The Before” and can be seen here: https://www.visionfirefilms.com/love-in-the-time-of-isola
Currently I’m writing a feature film to direct. It’s an adaptation of my play, the Grass Couch, which was developed in NY with a Broadway company. Also Take My Heart will be woven into our spec TV pilot, The Other Day, which explores the relationships between several LA families.
The theme of humanity hopefully expressed with  humor is important to me and I constantly strive to weave that into my story telling. We are all connected in more ways than one.

If you had a friend visiting you, what are some of the local spots you’d want to take them around to?
Well let’s say everything’s opened up and we’re in the new normal! In LA I’d drive them up Pacific Coast Highway and have lunch at Paradise Cove. Of course, we could always keep driving and end up in Big Sur…. The coastline is spectacular. The Arts District Downtown LA is super fun and there’s always a photography or art exhibit to explore along with some fun bars and restaurants. Definitely a visit to the Last Bookstore which has the biggest inventory of new and used books. Amazing place. Then we could wind our way back up Grand Ave and check out The Broad Museum then walk over to Disney Hall. After that I’d definitely introduce my friends to my favorite places in Silver Lake where we live. A quick walk around the lake followed by drinks upstairs at L&E Restaurant. A fun hang out for locals as well as those who venture from the other side of town. If it’s Summer, I’ll check out the schedule at the Greek Theatre for an evening concert. Very cool place. We have so much variety here depending on the season. If friends visited in winter, I’d probably suggest renting a cabin in Big Bear for a few nights with a cozy fireplace. 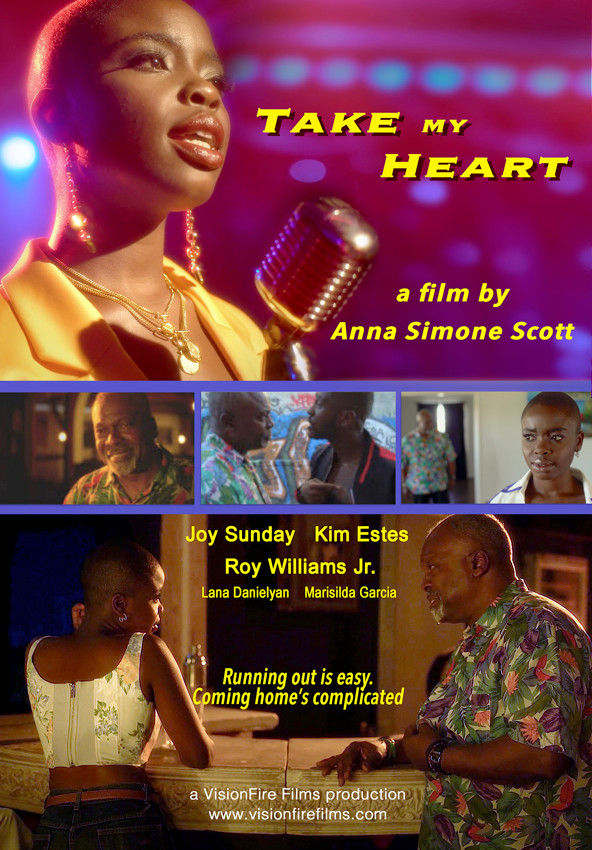 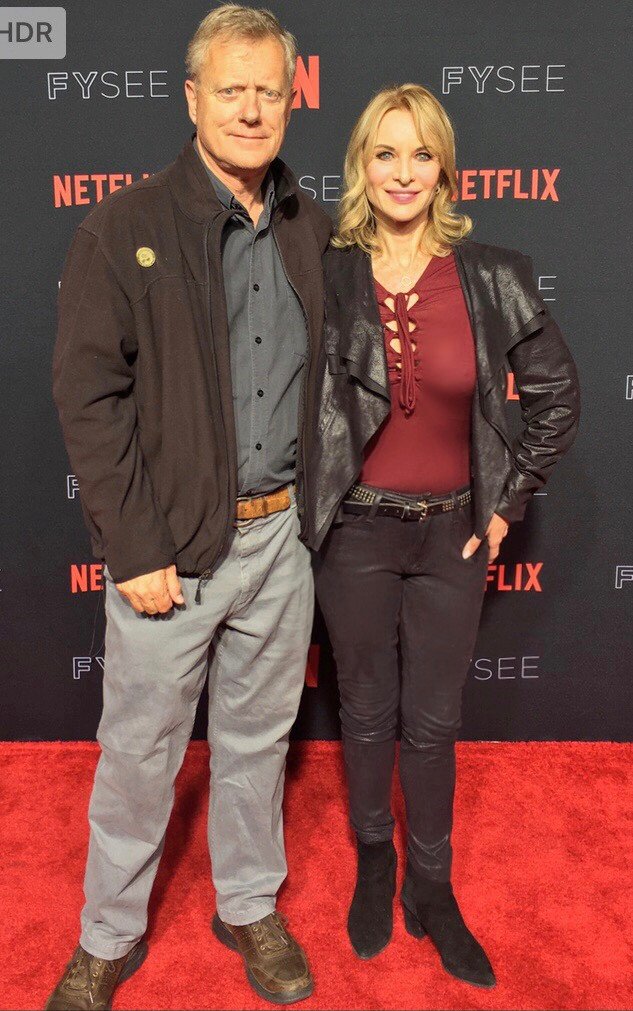 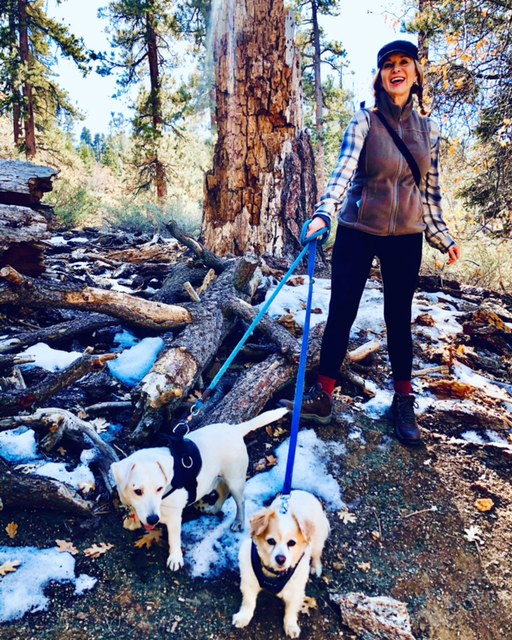 Who else deserves some credit and recognition?
I must give a shout out to my parents for their encouragement and some tough love in three A’s: Arts, academia and athletics. Also my brother for his inventiveness and willingness to teach me how to surf. Other than family, the first big influence in my life was Brian Syron who was not only a great teacher and actor but also the first Indigenous Australian feature film director. Brian’s passion for the theatre was accompanied with his love of exploration and risk. He was also very successful in NY and influenced me to travel and work abroad. Playwrights have always greatly impacted my thought process and creativity. I’m an avid reader of plays and have a long list of playwrights I greatly admire. Here are a few: Tennessee Williams, Anton Chekhov, Lorraine Hansberry, August Wilson, Edward Albee, Tony Kushner, Eve Ensler. Also writer/director,  the extraordinary Jane Anderson. I was a member of her Writers’ Bloc in LA and am so grateful that I revved up my writing journey there.

I also really appreciate being a voting member of the British Academy of Film & TV Arts. An incredible array of filmmakers, providing members with many opportunities. I’m also member of a very supportive group: Women in Media, run by Tema Staig. And last but not least, a big shout out to my husband and partner, Peter Sands. We often partner on film and theatre projects with our company VisionFire Films. Currently, our two films on the film festival circuit: Take My Heart and Love in the Time of Isolation.