We had the good fortune of connecting with Annie C. Wright and we’ve shared our conversation below.

Hi Annie, what role has risk played in your life or career?

I’m relatively risk-averse. I don’t even watch scary movies – too risky for my emotions! Moving to LA was a big one, but I bet everybody says that…

Career-wise, something that felt like a big risk at the time was when I put up my first play at the Complex Hollywood (PSA: they’ve got a GoFundMe campaign happening right now #saveourstages)! About three weeks out from opening night, I had to tell one of the actors that I was recasting his role. That felt like pretty risky business at the time because it was a two-hander, which meant there were only two characters in the whole play. That’s half the cast! The guy was a great actor, perfect for the part, but I learned pretty quickly that being talented isn’t enough for me to want to work with someone. If you’re always negative or you’re disrespectful to the people around you, that’s a wrap for me. I think until that point, I would have just put up with it or looked the other way on some of the behaviors that made me uncomfortable because I was brand spankin’ new to this industry and to LA. But when you’re pursuing a creative career, at least for me, I had to switch my mindset from being an employee to being a business. If I’m associating my work with my name, I’ve got to think about it as a brand. Once you’re on board with that, the question becomes, what do I want my work to represent? What do I want to say? Who do I want on my team? If I get the chance to spend my time doing what I’m most passionate about, I want it to be an enjoyable experience! And that usually happens when I surround myself with admirable characters.

So, the TLDR version is 1: Don’t be a jerk. 2: You don’t have to sacrifice integrity, even when you’re just starting out. You can be a good human and a good artist at the same time. I promise! And, let the record show that following my gut and taking that risk with the play led me to cast a new actor who ended up becoming the EP for my next project! Take the risk when it feels right! Use more exclamation points than you should! 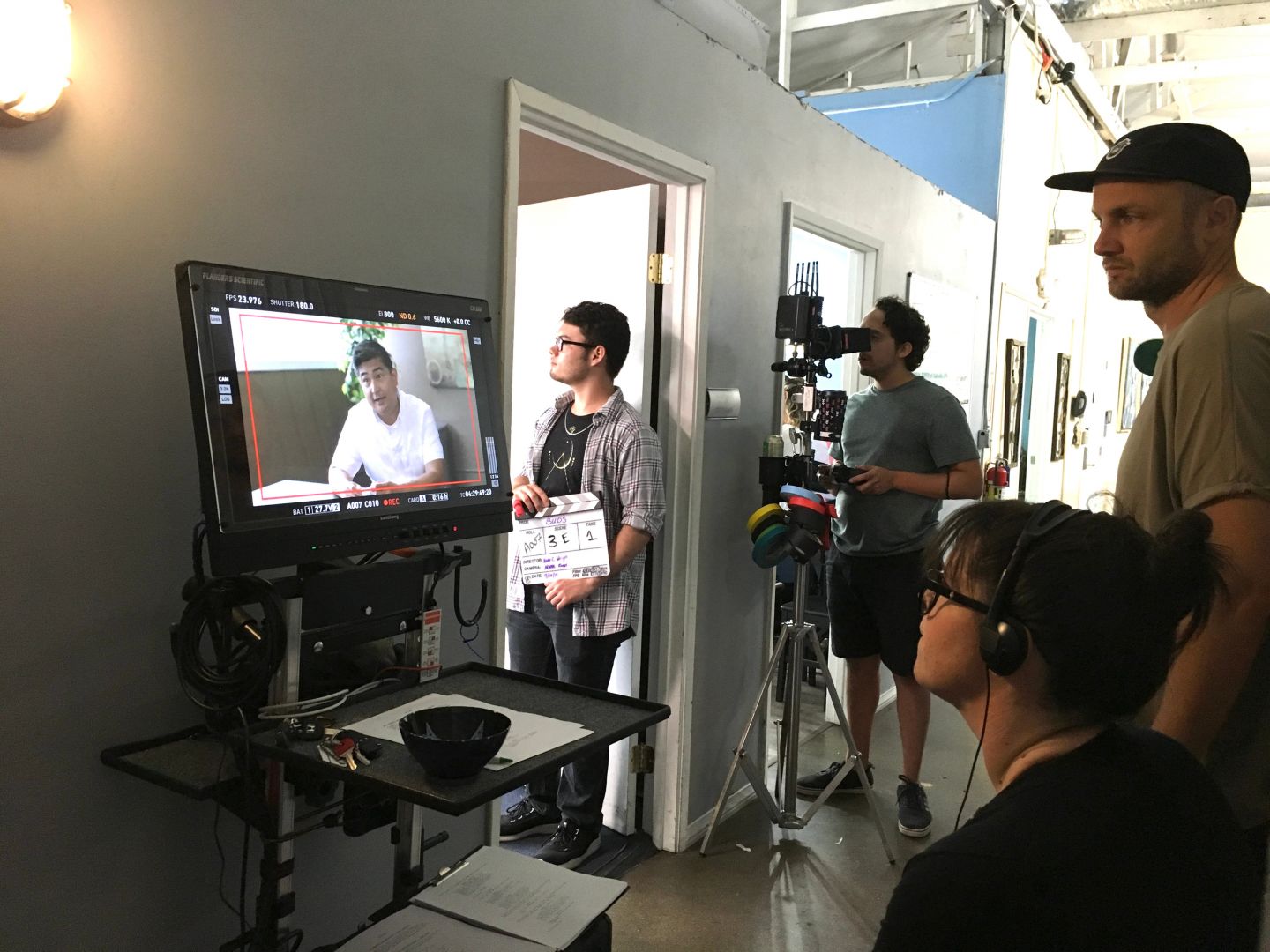 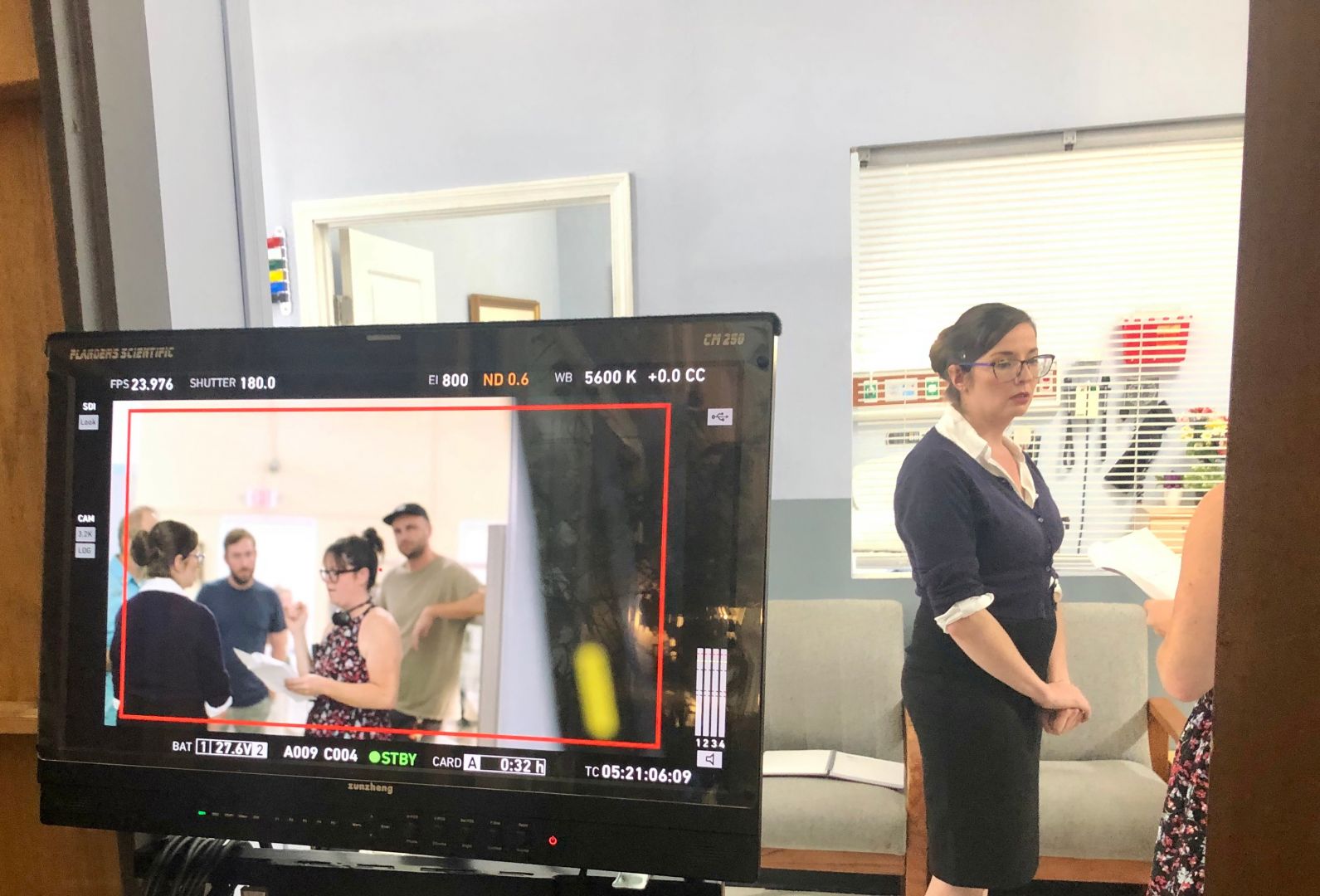 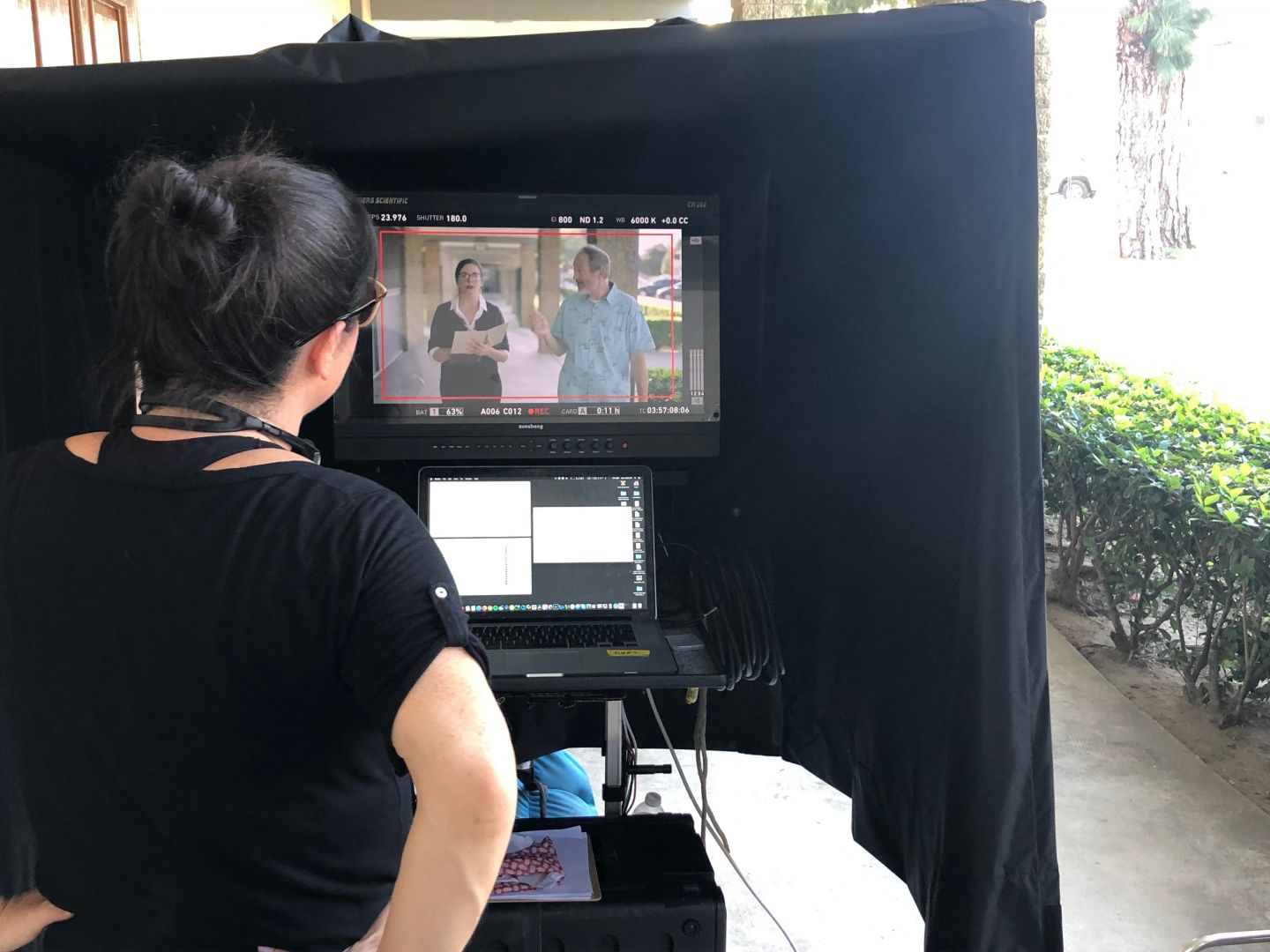 Looking for a new manager! Has anyone ever gotten representation from a ShoutoutLA interview? Stay tuned to find out.
Aside from that, I’m busy writing! And I have to admit, that feels really great to say. I don’t know why it took me so long to realize that even if I’m not staffed on a show, I can still turn my writing skills into paid work. I started freelancing this year, and it’s been one of the best decisions I’ve made to date. I think creative people are often taught that business and branding are equal to “selling out” on the artistic front. I bought into that for a while, always trying to keep my creative work separate from my professional life. But I’d really like to squash this romanticism of the starving artist, because the truth is that it’s empowering to believe in the business of your craft and to be able to make a living from it.

Currently my workload is all over the map, which keeps things interesting and lets me flex new creative muscles. Right now, I’m story editing on a docuseries, writing content for a couple of startups, and was recently hired to write some very silly commercials for an ad campaign.

Since I started working independently, I’ve realized that sometimes the challenges in front of me are self-made. So, whenever I start second guessing myself (a very popular personality trait among writers), I try to replace it with the mantra “It’s gonna be great!” That’s it. That’s the whole thing. Optimism is like mental steroids, I swear.
If that one doesn’t work, there’s always the emergency backup mantra: “Act like a man.” I wish I was kidding, but I’ve had to bust that one out a couple of times when I set (and then stick to) my freelance rates. And I’m worth every penny!

I’d probably want to show them the WGF Library, Brand Library, and Skylight Books, because if my friends are coming all the way to visit me, they already know what they’re in for and they love me anyway. I’d take them to Tansy in Burbank to get a new plant (can you take plants on planes?)! House of Intuition for a sound bath, because… LA.  Hiking and Zuma in Malibu followed by a stop at Broad Street Oyster Co. for the only lobster rolls in CA that get this New Englander’s stamp of approval. And then I’d probably take us to a show at Dynasty Typewriter so we can laugh at something besides my itinerary. 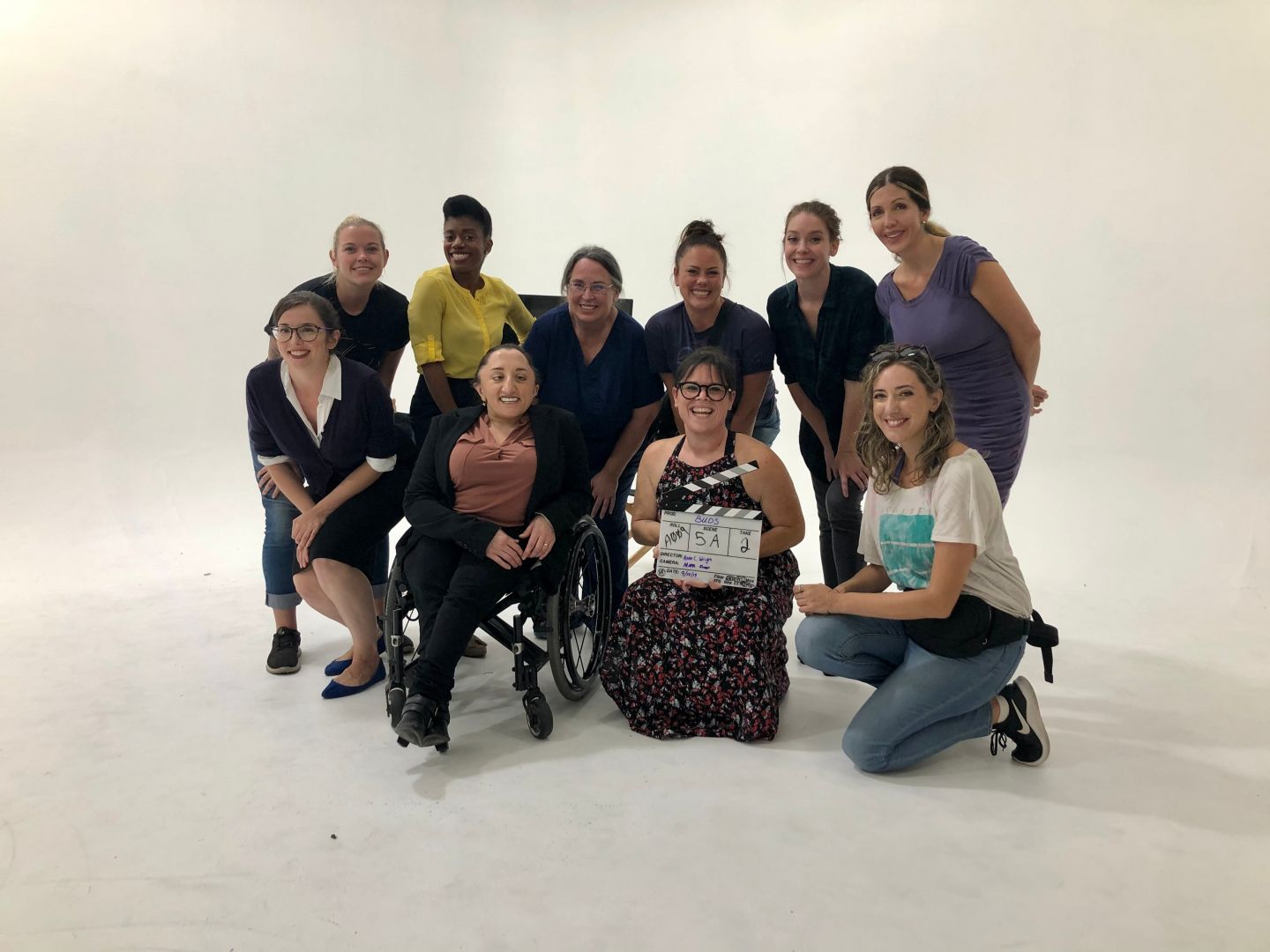 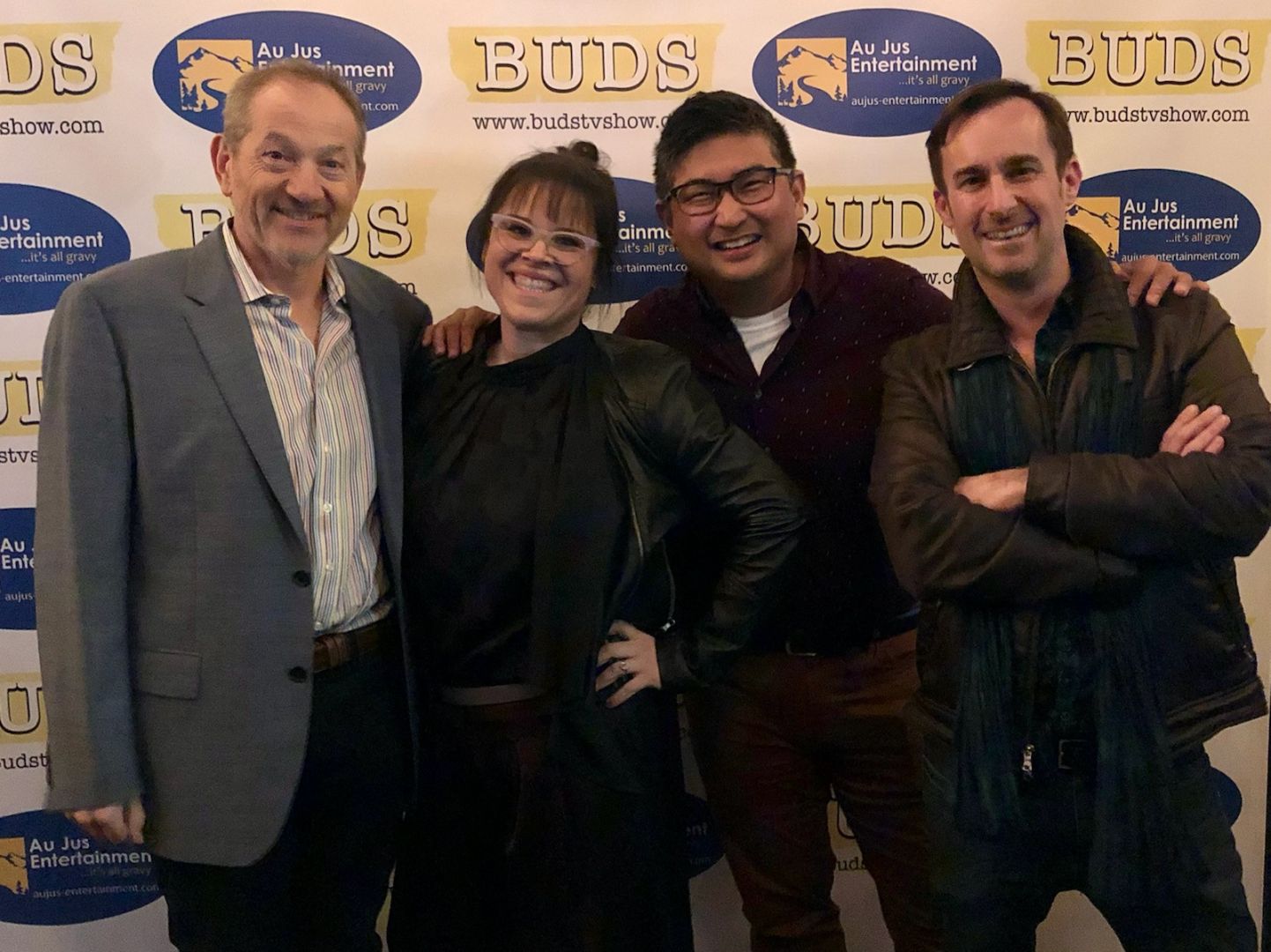 The Shoutout series is all about recognizing that our success and where we are in life is at least somewhat thanks to the efforts, support, mentorship, love and encouragement of others. So is there someone that you want to dedicate your shoutout to?
Being married to a music producer definitely keeps the entire household in a creative groove! I also feel lucky to have found a solid creative community in LA.
Joshua Christman @ Atypical Beings is the best Art Director and designer I know. Jonathan Fishman @ Au Jus Entertainment is one of my all time favorite people to collab. with. And Meredith Barnett @ Musician Shift is just a truly wonderful human and everybody deserves to have her on their team. Also, we’re way past teacher appreciation week, but school’s almost back in session, so celebrate it again. Both my parents were music teachers, and teachers deserve way more credit than they get, especially those in the arts. When I moved to LA, I had never written a script in my life, so I took classes at places like UCLA Extension, Echo Theater Company, and Second City, and all my instructors were great and made me feel like I could do this even though I didn’t know anyone in the industry. Since then, I’ve gotten to have two of my pilots produced, I’ve placed work in some festivals, won a few awards, optioned a feature script, and have been able to see my work on a few stages! Go thank a teacher!

Meet Elena Gonzalez Santulli: Art Director & Founder of Made by a Woman