We had the good fortune of connecting with Antonio Chavez Trejo and we’ve shared our conversation below.

When you are really driven, we do what we do not because it’s easy, we do it because it’s impossible. This is what I like to tell people when they are afraid of taking risks, and I get it, it is difficult to step out of your safe place, but you must.

Filmmaking and in general the entertainment industry is a hard place to try and get in. It is designed to push people away from it. Media is the 4th power all around the world; it makes sense then that those on top of this powerful spot wish to remain there; it is a business at the end of the day and one of the most profitable in the world.

Knowing this, taking risks for me is a must as an artist, as a filmmaker and as a business man in this industry.

I see depression and anxiety more often than not on amazing talented people working around and with me. Most people will fail due to the fear of taking big leaps and trying to stay in their comfort zone. I am not against having a comfort zone, that’s the place where you train. But every now and then you have to step back, get momentum and try to go for it… all in. I do it every now and then. I am a strategist and I like controlling my work environment as much as possible, but if the choice to advance is by taking a big risk in my career I certainly will. 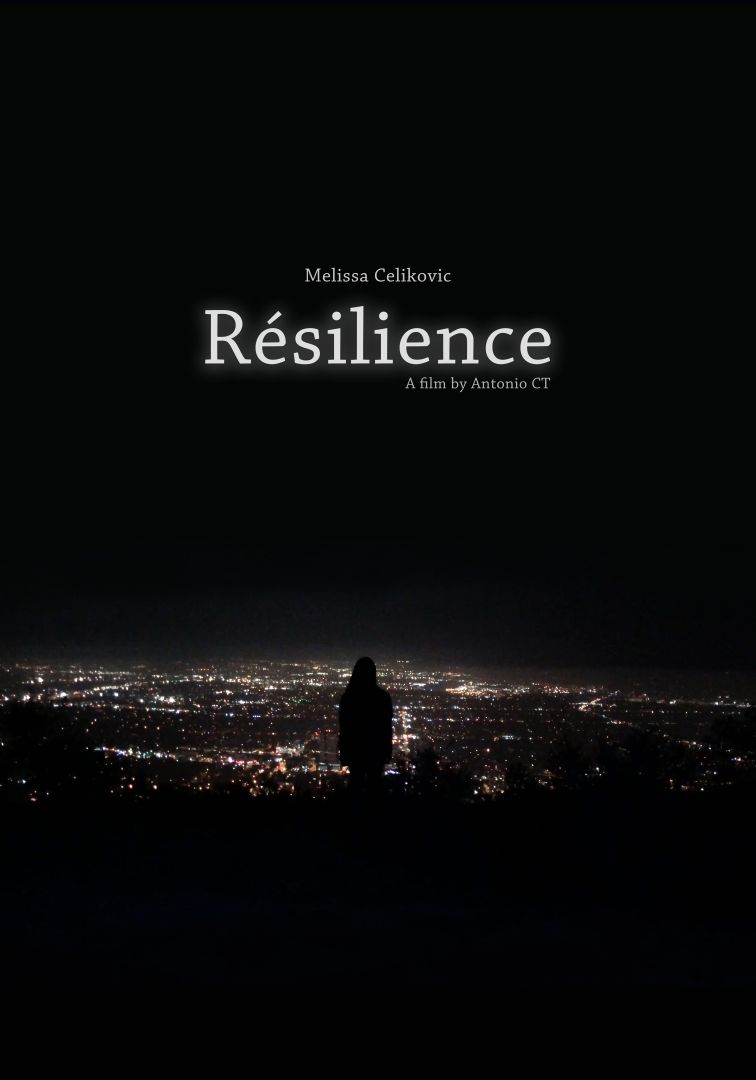 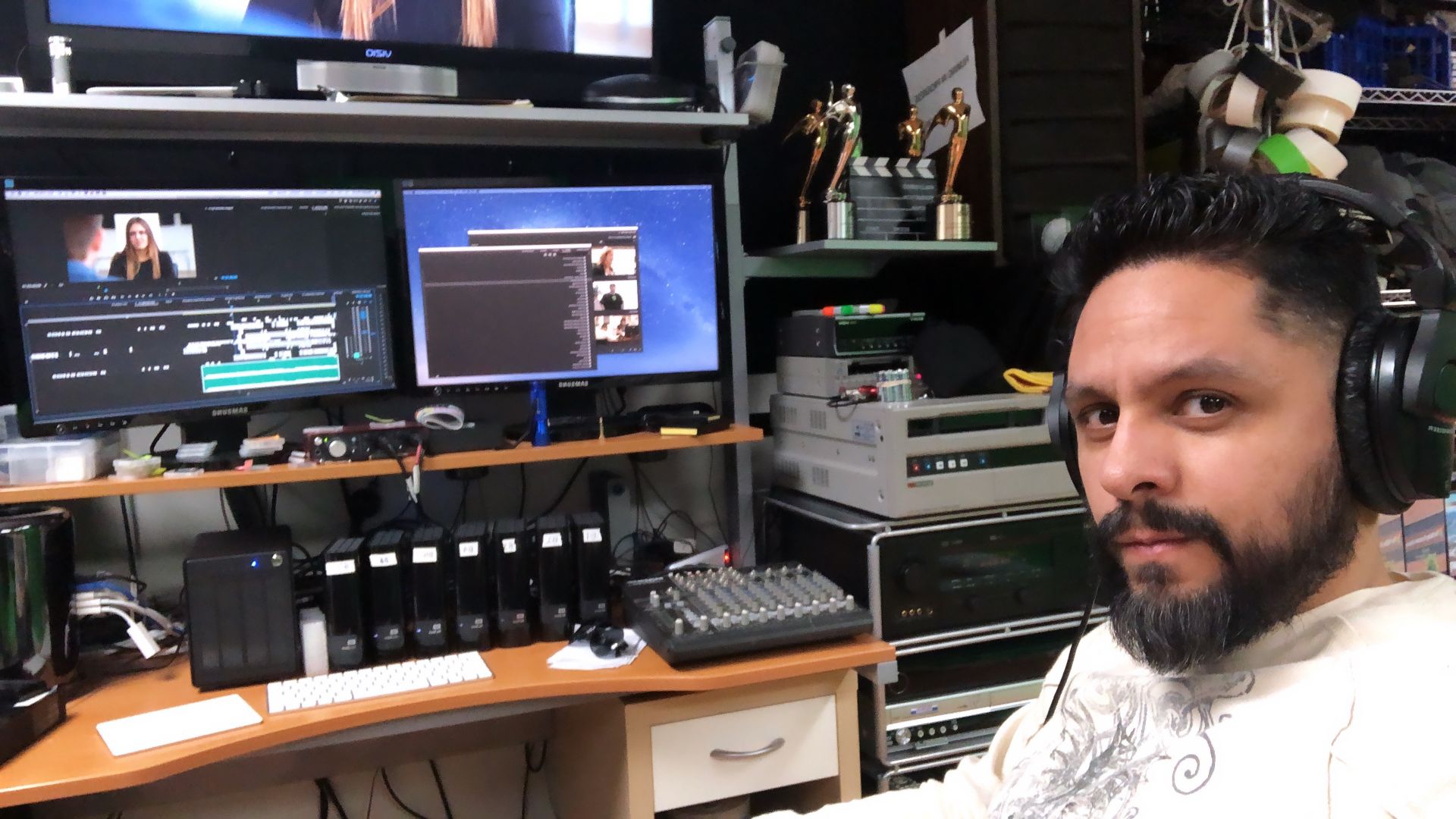 Alright, so let’s move onto what keeps you busy professionally?
Recently I found in a very old box a plastic name tag from my first job ever working at Blockbuster. Less than two months ago I had a short film called “Résilience” competing at the OSCARS®. One could say I really started in this industry from the bottom. I was a teenager when I got my first job dreaming of the Academy Awards, and even though my film didn’t get a nomination at the end, years later, I finally knocked at the door and was let into the lobby of the biggest film award in the world.

My film was there longlisted at the Academy Awards among the best short films made world wide in the past two years and seen at the Academy Screening Room by the whole director’s branch; which means every past award winning and nominee Film Director in the Academy had access and/or saw my work. Not too shabby considering the names on that list. Even more worthy of attention is the way this film was made, just two people, my actress and I.

I was really hoping to earn at least a nomination for two main reasons, besides the obvious one of actually wanting to be there. “Résilience” is a wonderful film about the effects of anxiety and depression on people who suffer clinically from it to a point of considering suicide. It is an incredibly powerful film because of its powerful message. What makes it more impressive if I say so, it’s the fact that it was made for barely over 500 dollars, with only two people and entirely shot with an iPhone X.

So it would’ve been super fun to get a nomination to proof that knowledge, talent and hard work do pay off (even with limited resources) when they are mixed together properly, juxtaposed to the current Hollywood trend of doing films of “spare no expenses”. It could’ve been one of the most economical films ever to be nominated. Still it is one of the longest projects I ever had actually for the same reason and it is an extremely demanding process when you need to wear all those hats of a full production on you. I was producer, director, editor, sound recorder and mixer, stunt coordinator, cinematographer, camera operator and more. It was an exhausting process, but it was worth every minute of it.

This script was written by the lead actress Melissa Celikovic who did an amazing job in the film as well, and almost entirely it was made by us shooting alone. The film itself is a testament of its title and I couldn’t be more proud of everything it has achieved so far, traveling to festivals on every continent with 22 awards and 36 nominations in 25 festivals worldwide, OSCARS® included.

It is not easy to try and do things the way I did them this time with “Résilience”, to strip a project of everything which you are used to and work basically naked of every tool you take for granted usually. This was a conscious choice to be able to make it the way we wanted. I had to be a one man crew on an 11 shot day and also be a full team of post-production by myself to deliver a film with the top quality, and when I say top quality I mean it, since the Academy has the toughest technical restrictions in the world perhaps.

Making this film taught me a lesson and instead of running away from the difficulties I had, I shot a second film with the same workflow in Norway called “Snøhule” which will be ready soon and I am shooting a third movie this way, but was interrupted by the present pandemic. Just me alone with my actresses. The results are amazing and considering the success of “Résilience”, what my theory is proving is that we need to focus more on the content and the process rather than all the expensive tools, gadgets and big crews. Of course it is nice to have them but stories are now written too dependent on other things rather than a good story, a good narrative and an amazing point of view to tell them. This has been a great rediscovery process of myself as an artist as a filmmaker; it was extremely difficult, demanding and stressful, but I love it.

The journey of this film is close to its end, I took the risks and it paid off. I end up stepping on the next level.

I am thrilled for the next projects I am currently working on because one thing has been true for me in the past years, with each project there is a slow but steady and strong growth. I find it super exciting to find out where the next step will take me. There’s many upcoming projects, but as a stunt person I am as well, the ones I am more excited are a couple of amazing feature action films I am working on and I cannot wait to move forward. 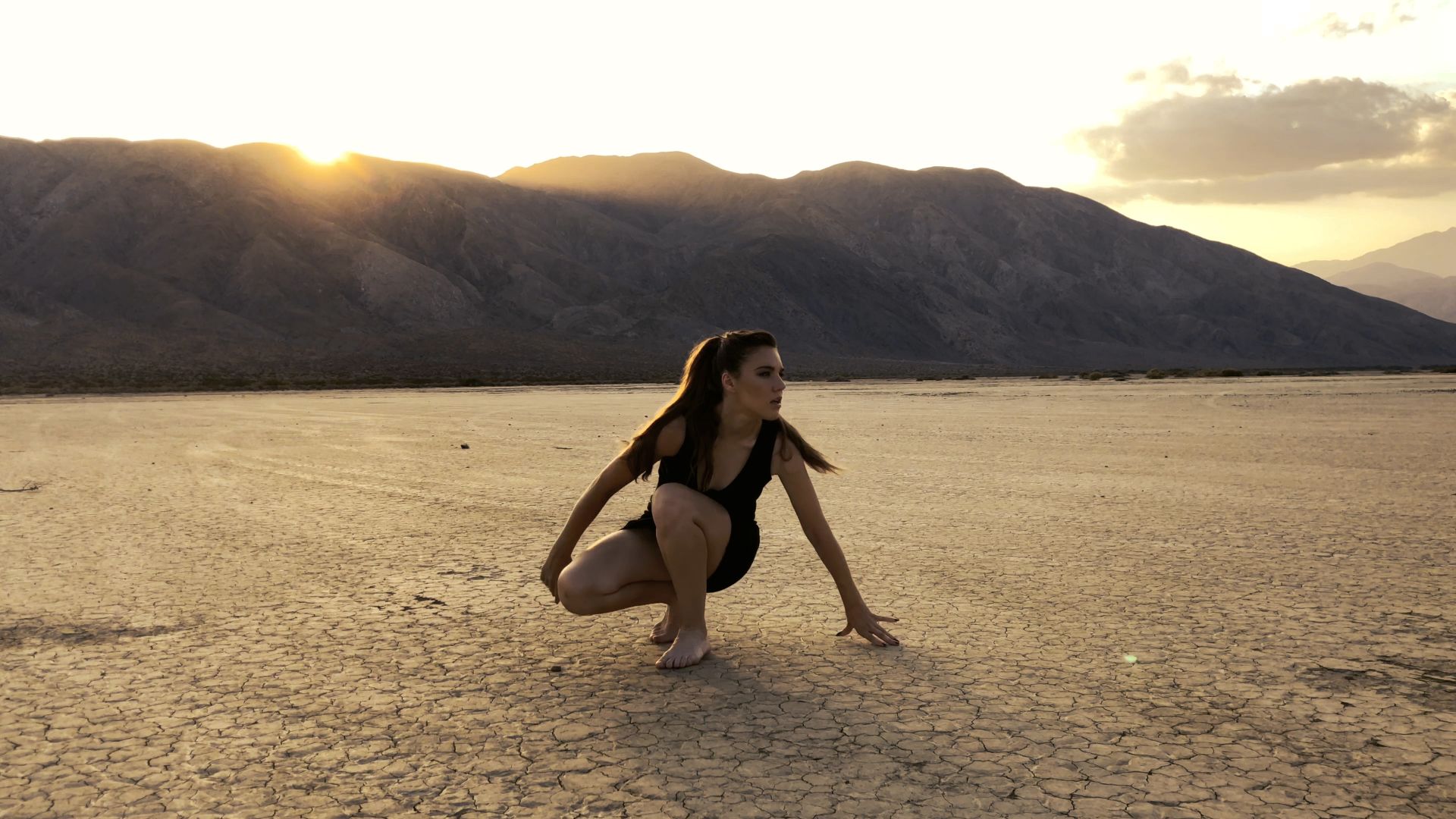 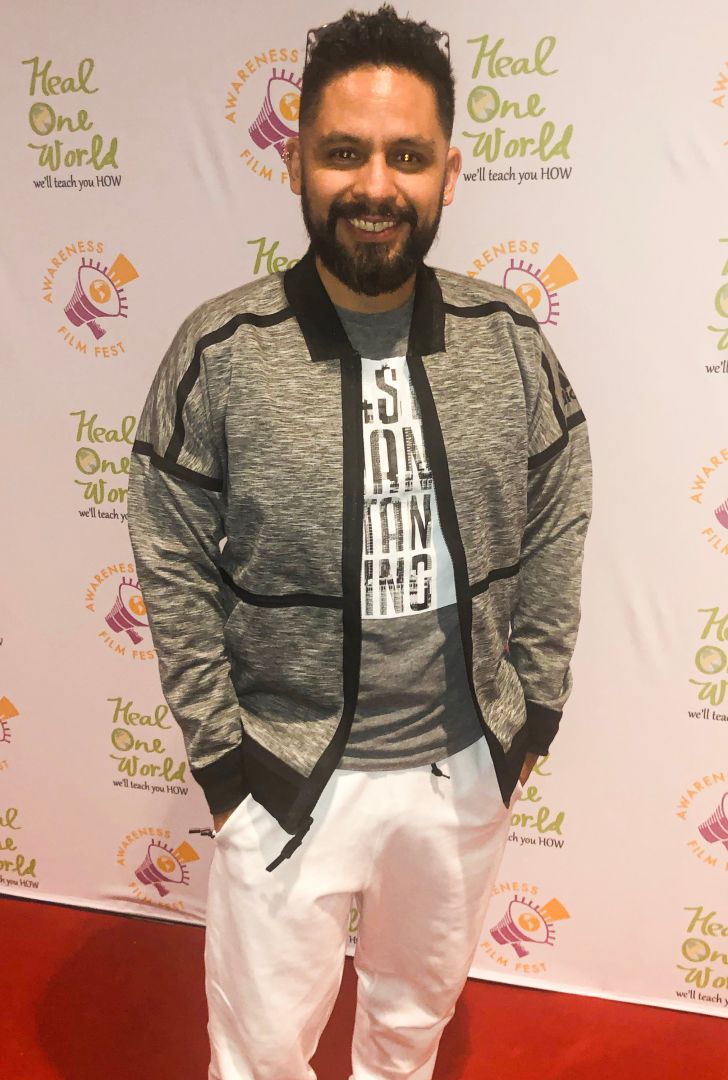 Let’s say your best friend was visiting the area and you wanted to show them the best time ever. Where would you take them? Give us a little itinerary – say it was a week long trip, where would you eat, drink, visit, hang out, etc.
Ah! You want my secret spots!! Why not maybe a couple but I will be vague sometimes.

California is such an amazing place, and even though I am not that particularly fond of Los Angeles, one thing is certain, there are a lot of things to do. I guess it would depend on who comes to visit.

Being a filmmaker I have the opportunity to actually discover many places while shooting, so if the person is into nature there’s a whole magical list of places to go, like driving through the PCH, getting lost on hiking trails maybe on Malibu Creeks or some woods, or perhaps go and enjoy the calmness of the many deserts surrounding the city.

If the person visiting me is more a party animal (ha), I would find out a film related event, maybe a red carpet, premiere or party (if available). There’s always something happening in Los Angeles. I am more of the bar or restaurant kind of person, so I’d actually show around my friend or family visiting me many delicious places… mostly ethnic food, I love the international taste of Los Angeles.

There’s a particular place which I love in Glendale, CA at the Americana. The restaurant is called Din Tai Fung and they have my favorite dumplings which I pair up with a nice boba. The menu is delicious, the service is superb and even though it’s always super busy the waiting times are acceptable and perfect for a conversation while your appetite grows. Either that or In & Out, everyone kills to go there when they come to LA so makes it easier and more convenient.

Unluckily for me, most people who visit want to do tourist things so chances for a hike to The Hollywood sign are bigger than going for drinks at a nice rooftop in a hotel. However chances are you’ll find me easier in a karaoke or a dive bar. I love going to Korean karaokes in KoreaTown (duh), perhaps after having dinner at Quarters Korean BBQ on 6th and Alexandria. Even more chances for you guys to find me at a dive bar like The Fox and Hounds in Studio City over Ventura Blvd, they have live music very often and we can play darts. The list is gigantic, I could keep going non stop, better if you join me one day for an adventure. 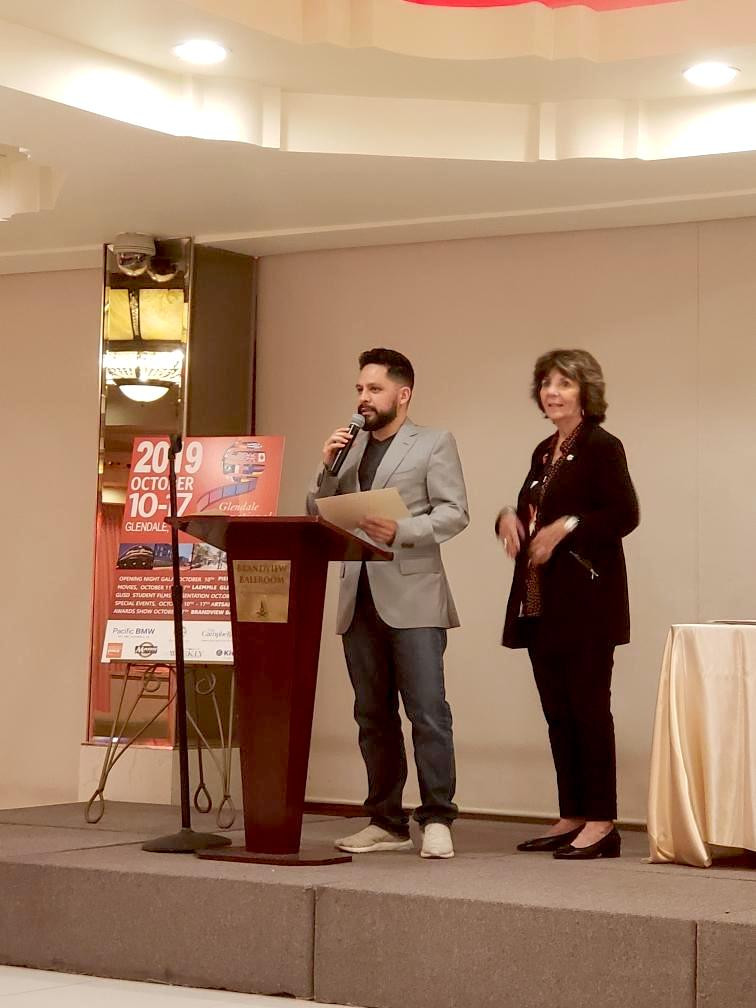 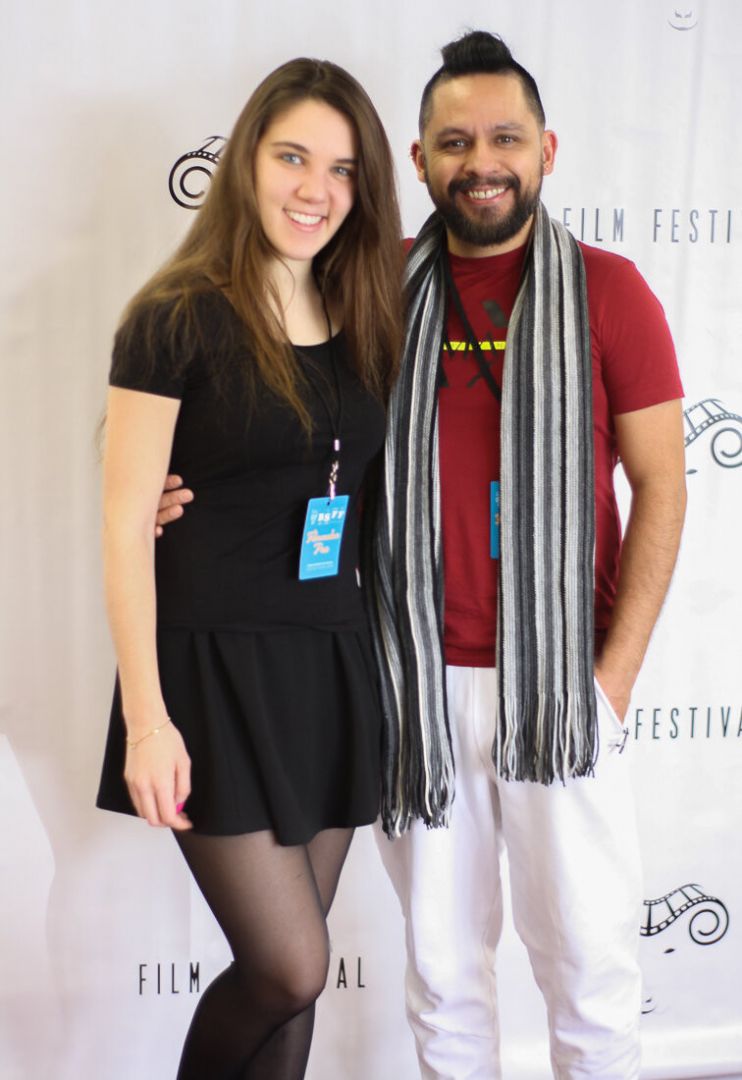 Who else deserves some credit and recognition?
It is possibly one of the biggest cliches in the world, but all the best in me I owe to my mother. She is the most ethical hard working person I have ever met in my life, and has manage to live her life as a productive respectful person with values; fighting her way up as a woman raising two kids, against any possible discrimination which does exist in the work space very often (less and less but she did suffered from it) and never ever complained but just proved herself over and over. Her example, her accomplishments, her care, love and support will forever make her the 1st person deserving rightfully both my admiration and gratitude. If there is ever an Oscar for Best Mother she would get it. 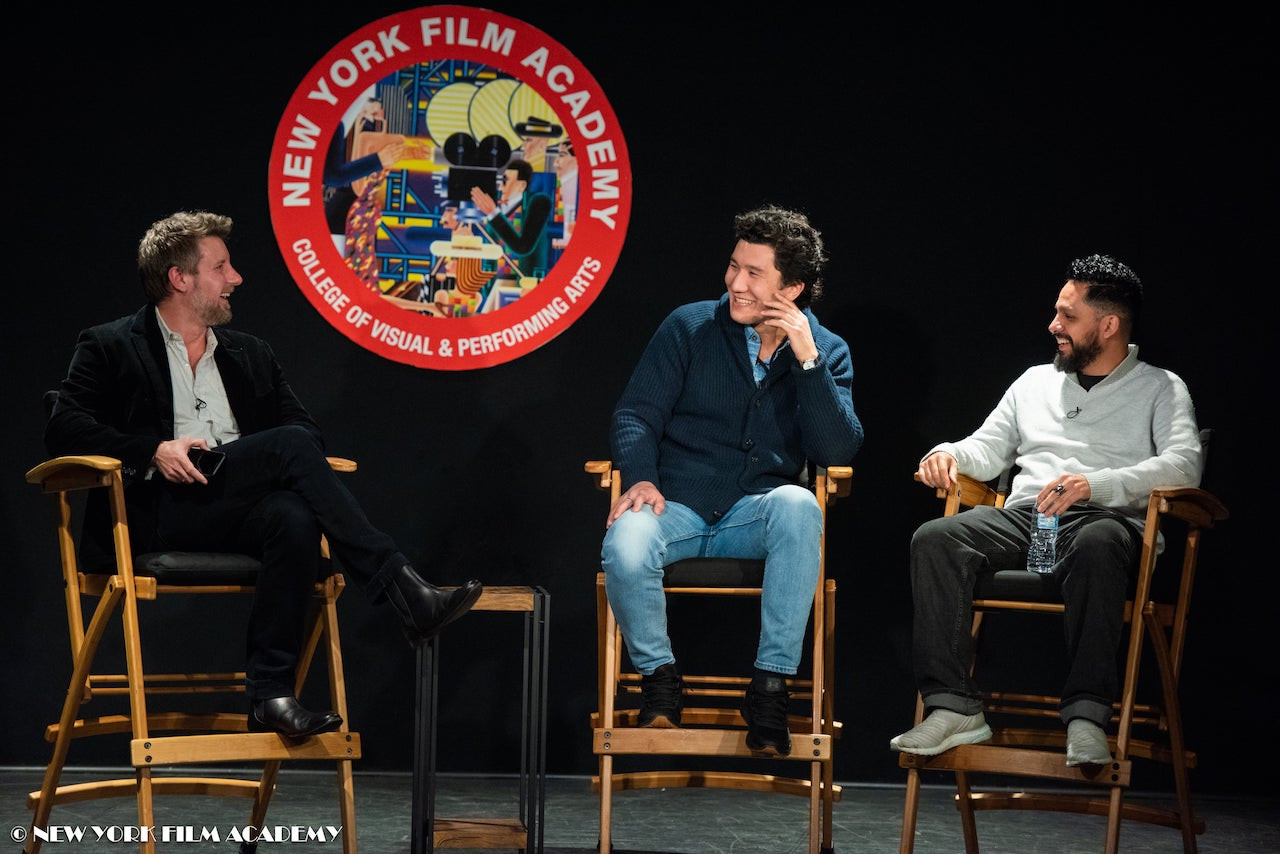 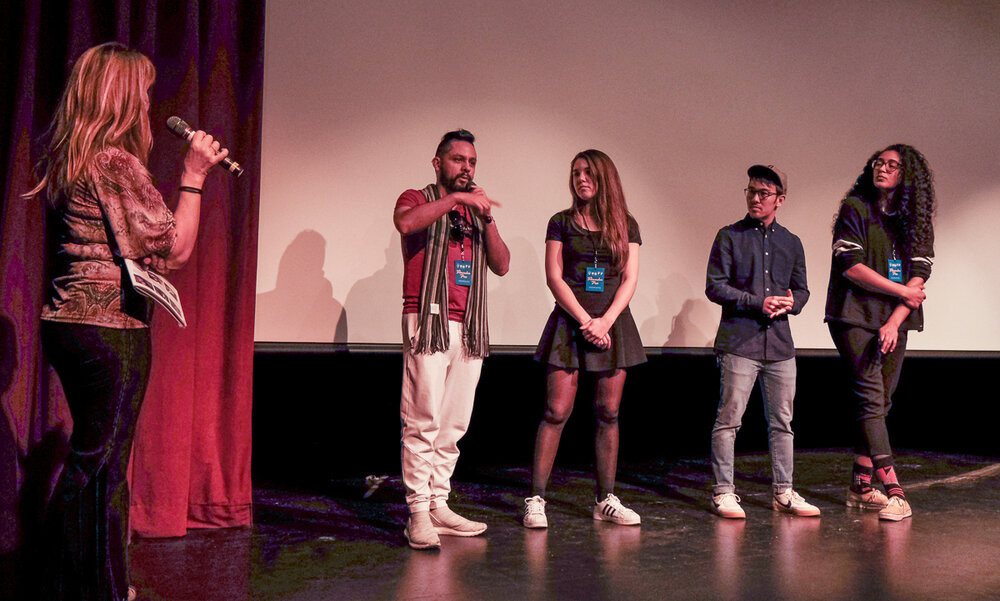