We had the good fortune of connecting with Antonio Salume and we’ve shared our conversation below.

Hi Antonio, why did you pursue a creative career?
Trying to figure out what career path to take can be an existential challenge for many. Luckily, I’ve always known myself as a creative and artistic person, so I was certain I’d go towards that space.

I remember being a shy boy in lower school and trying to avoid the soccer matches my classmates would organize during lunch. It was at the after-school art classes that I felt at home, painting and ideating sculptures with ceramics. As I grew up, I became eager to entertain family lunches with magic tricks or show friends the clumsy videos I would make with my parents’ camera. These creative impulses have only summed up throughout time.

I’ve always been a deep observer of the world around me and am endlessly fascinated by people’s stories and their nuances that reveal a bit of our shared human experience. That’s the kind of fuel that makes me cherish and appreciate life the most, and it’s been my intention to incorporate that into my professional life.

I was torn between majoring in architecture or filmmaking. The former one felt like a safer option, especially because it was a well-known career path within my family. Film wasn’t. When I was faced with making a decision, I pondered on how stories have always given me a sense of hope and how meaningful they’ve been to me. Stories have led me to paths of self-discovery and have invited me to challenge the views I carry about the world and myself. Although I’m still fascinated by architecture as an art form, deep inside I knew I wanted to follow my dreams. So I became a filmmaker. 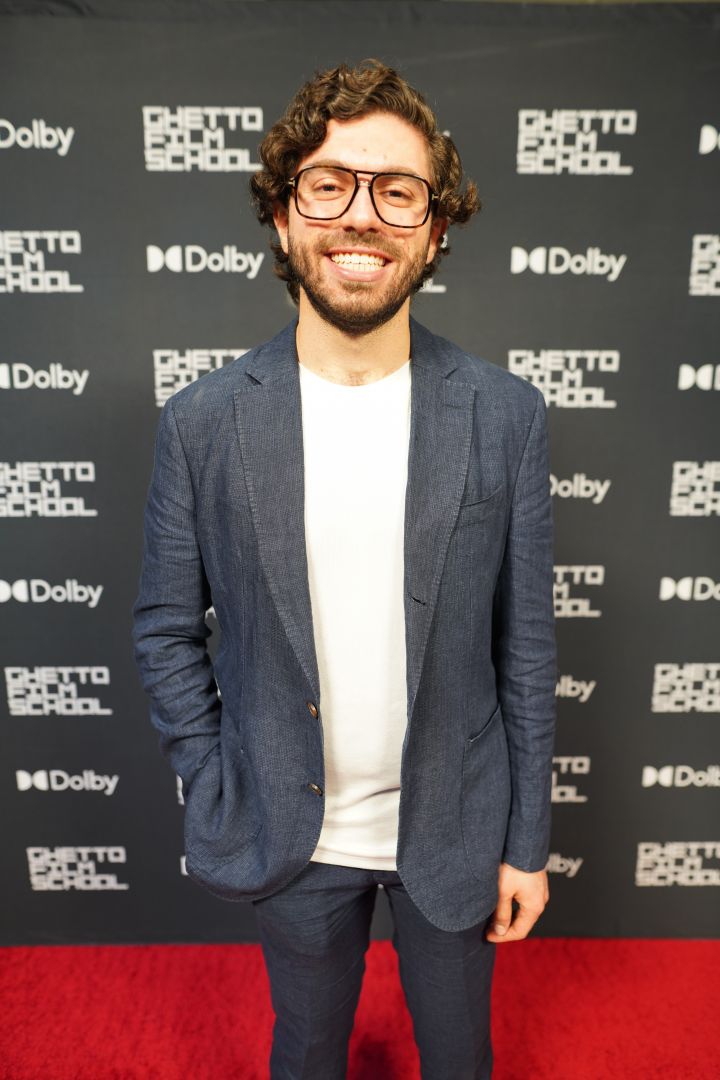 Alright, so let’s move onto what keeps you busy professionally?
To continue growing as a director and writer, and further developing my artistic voice along the journey, is what excites me the most in my career. It hasn’t been easy, I’ve gone through a good deal of setbacks, but this has allowed me to learn many lessons along the way.

I remember how nerve-racking it felt to move to a new city to study film at a selective school that once felt so out of my reach. I had my first-ever panic attack in my first-ever film college class. I thought I was dying right there, it was hard to breathe, my glasses were foggy and so I also thought I was going blind. It was horrible, my biggest worry at that precise moment was to go into a career in film and not be able to see properly. Minutes later, it all passed, and soon after I began to assimilate my new reality and continued to increase the ambition of my goals.

Getting jobs in the film industry as an international student, going through visa anxiety, making films and learning from the mistakes, being let go of what once seemed my dream job, and more, are experiences that have taught me a lot about who I am, what I stand for, and where I want to go.

I’ve always tried to stay a bit uncomfortable to make sure I am navigating new territory that can lead to personal growth. I am motivated by the concept of excellence and hope to apply it to film projects that tell stories no one is telling, those that are honest, risky, and unique. Especially, stories that further the presence of Latin American and Middle Eastern narratives as it is a part of my heritage that I wish to further explore through art. 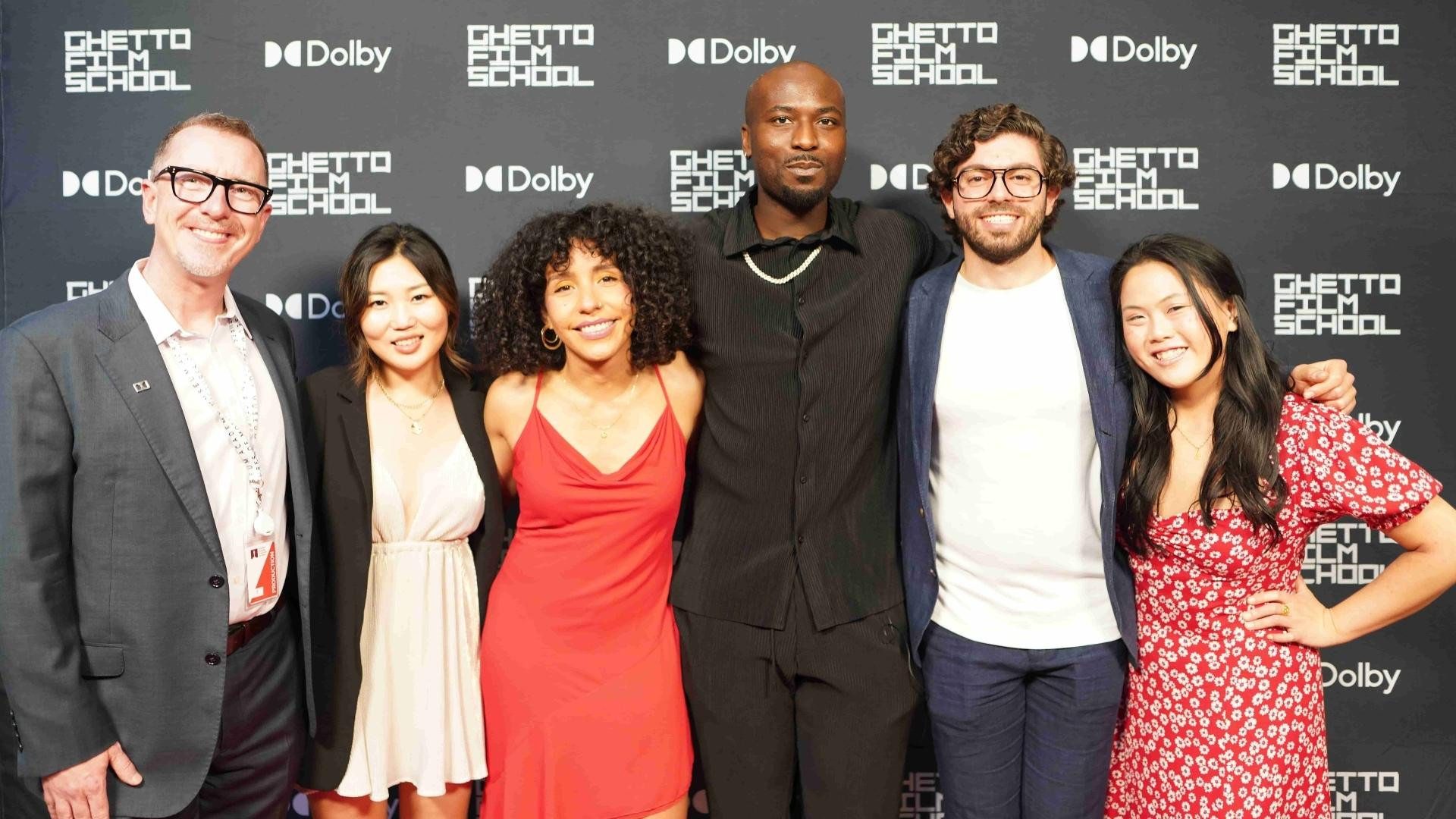 If you had a friend visiting you, what are some of the local spots you’d want to take them around to?
Although I’ve been going to LA more often than before, I am currently based in Mexico City. That being said, my time in LA has been enjoyable and I have gotten to know many places in town. One of my favorite things I’ve done when visiting is going to the beach, whether that’s Santa Monica or Venice, and grabbing an ice cream there. Breathing. Observing. Going for a hike in Malibu is a good alternative day plan. LA can be very chill in a good way.

Culturally, there’s a lot to do as well. Depending on who’s visiting town, we could do a film-related tour and visit studios and movie locations, or even go watch a new film or to a concert in Hollywood Bowl. There are many museums I like such as the Broad, the Academy Museum, or the Getty — the former is one of my favorites.

To eat, I’d probably want to try something new since there are so many amazing restaurants, many of which I don’t know, but some I would repeat are Superba in Venice, De Buena Planta in Silver Lake (it’s a very cool bar at night), and street tacos in Olvera Street or East LA as well as any Korean restaurant. I’ve never been, but I want to try Bavel so bad.

Since many of my New York friends now live in LA, it wouldn’t be hard either to find some spontaneous plans in town! 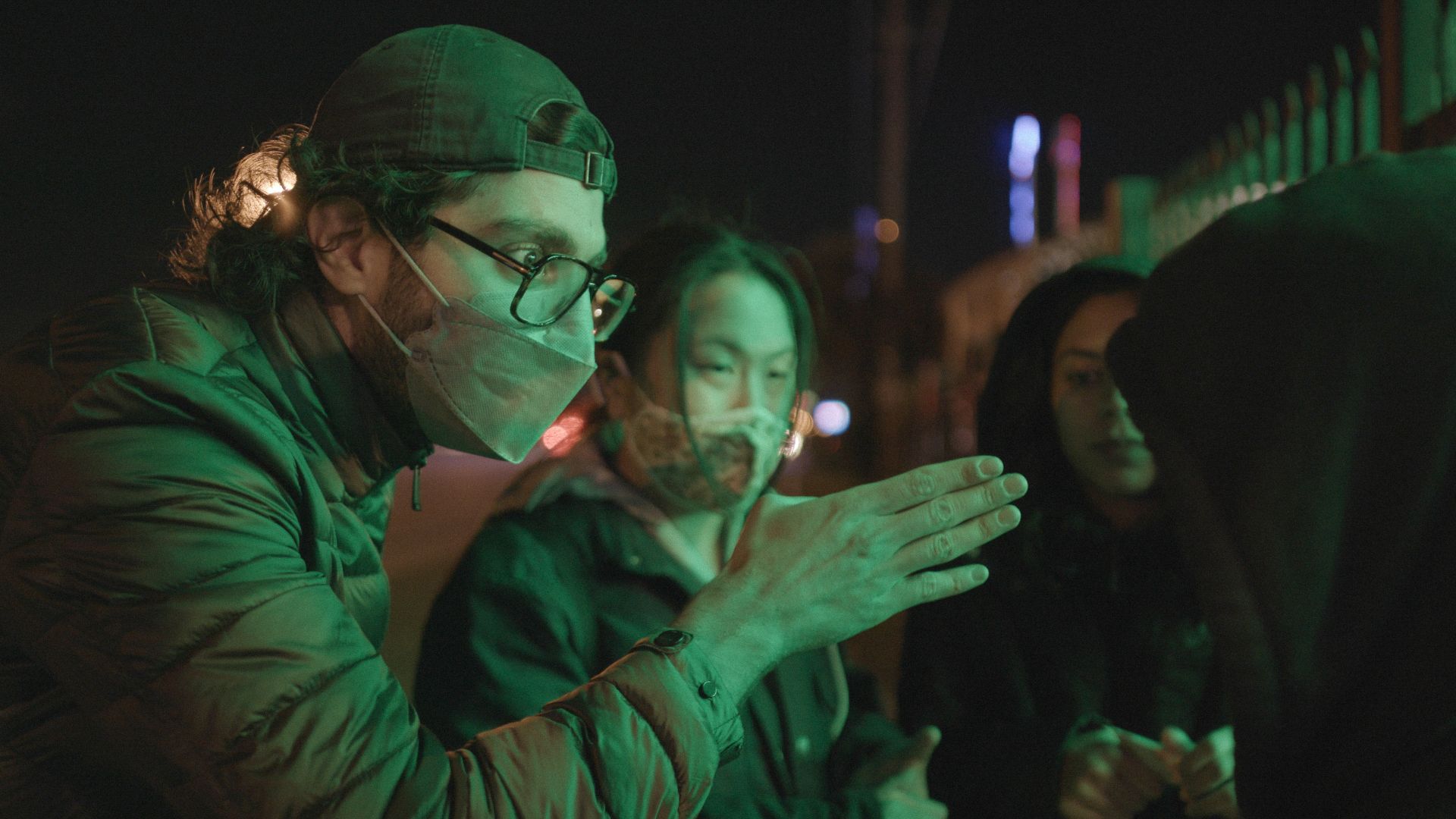 Shoutout is all about shouting out others who you feel deserve additional recognition and exposure. Who would you like to shoutout?
I am blessed to have a very supportive family and a group of friends who have helped and encouraged me throughout my career. I wouldn’t be where I am at today without them and words can’t express my gratitude for them. For this shoutout, one particular person comes to mind, her name is Amy B. Tiong. She is a friend and creative collaborator whom I met in film school in a film production class. Later, she asked me to be the Assistant Director for her thesis film, which required many late-night shoots at a diner in Connecticut, and our friendship was solidified after that experience.

I recently had the great opportunity of co-directing and co-writing the short film Take Care Zora with her. It tells the story of a Floridian teenager who yearns to rebel against her responsibilities but must act as the caretaker to her brother with Down syndrome. We were blessed as we won the Dolby Institute x Ghetto Film School Challenge which helped finance the project and allowed us to use the unparalleled Dolby Vision and Dolby Atmos technologies.

Nonetheless, the production came with many of the challenges that COVID brought forth everywhere. We spent many hours refining the script and remote producing as neither Amy nor I lived in Florida, our shooting location. We went over hundreds of vendors, locations, and potential cast to find what worked for our budget and schedule. We did many rehearsals over Zoom, which can be quite limiting and different from in-person rehearsals. Eventually, one of our crucial cast members got sick, so we spent long nights rebooking flights, looking at new lodging, and creating a new game plan.

Going into this adventure with someone who understands the filmmaking process first-hand was of huge help. Sharing a director’s chair was very humbling as directing can often feel lonely. A friend’s helping hand makes all the difference, and Amy has been there through good and bad times (some of which we’ve navigated together), and am grateful I didn’t have to face it all alone. 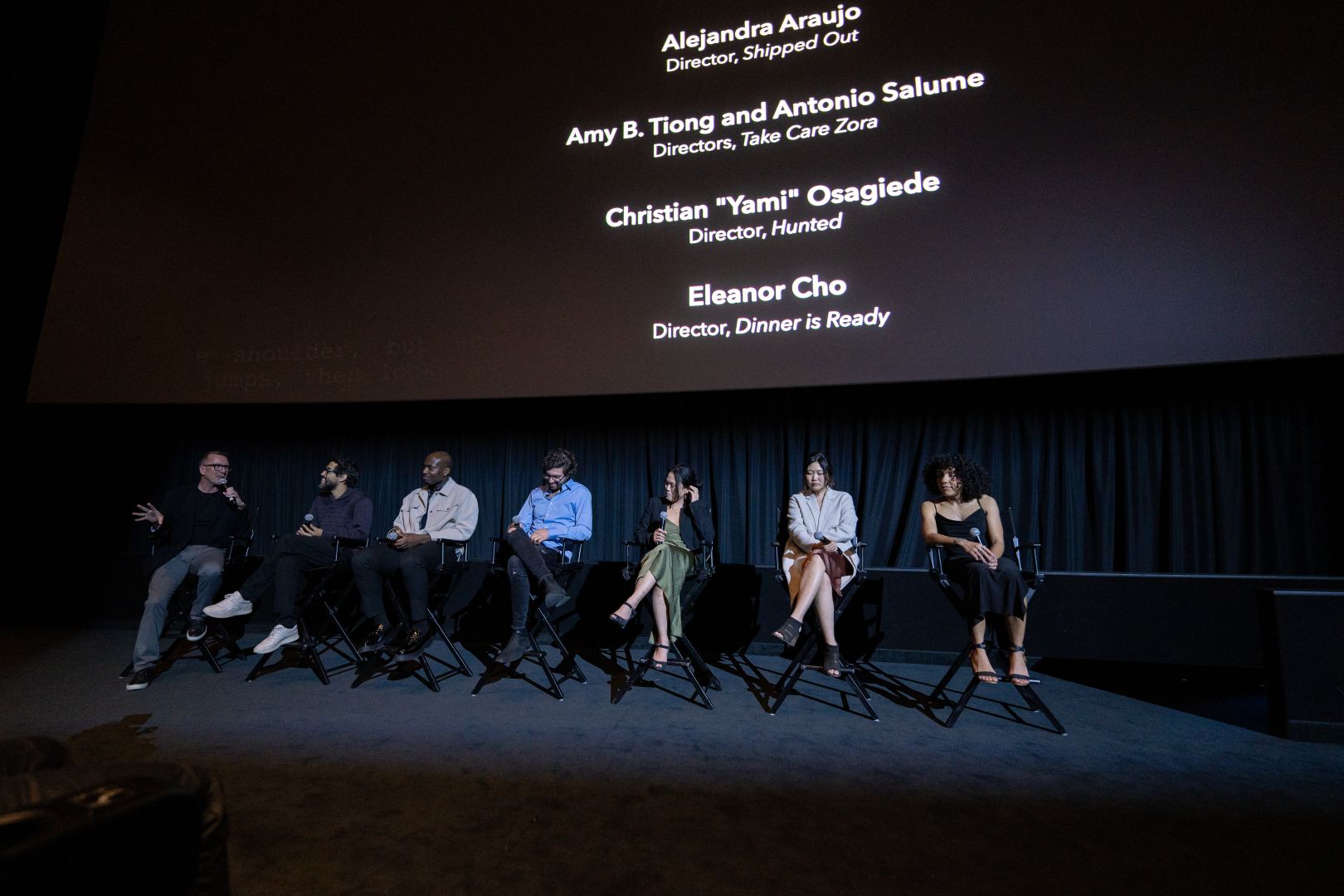 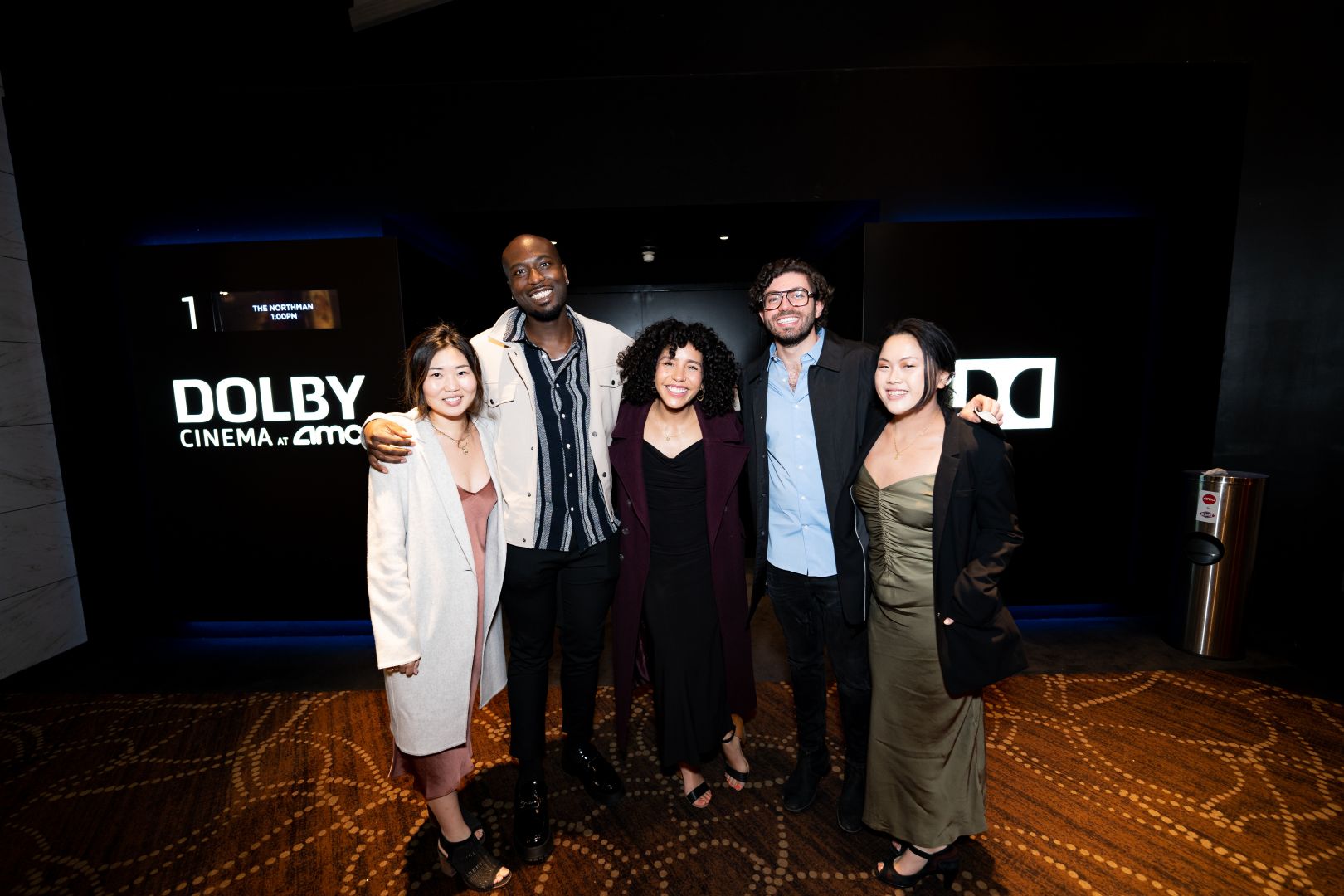