We had the good fortune of connecting with Anyi Malik and we’ve shared our conversation below.

Hi Anyi, how has your background shaped the person you are today?
I am from Oakland, CA. In the San Francisco bay area scene, artists like Too $hort, E-40 and The Hieroglyphics crew gave myself and other artists an example of independent success. The ability for these artists to operate outside of the mainstream media infrastructure gave inspiration to myself and other in my hometown.  While I am currently in LA, a hotbed of opportunities in mainstream media, navigating that terrain with the independent mindset has made that journey less discouraging when met with setbacks. In fact, most perceived setbacks I am able to somehow process into something. The best example of this I can think of I’m not allowed to discuss at the moment, but look forward to sharing in the future! 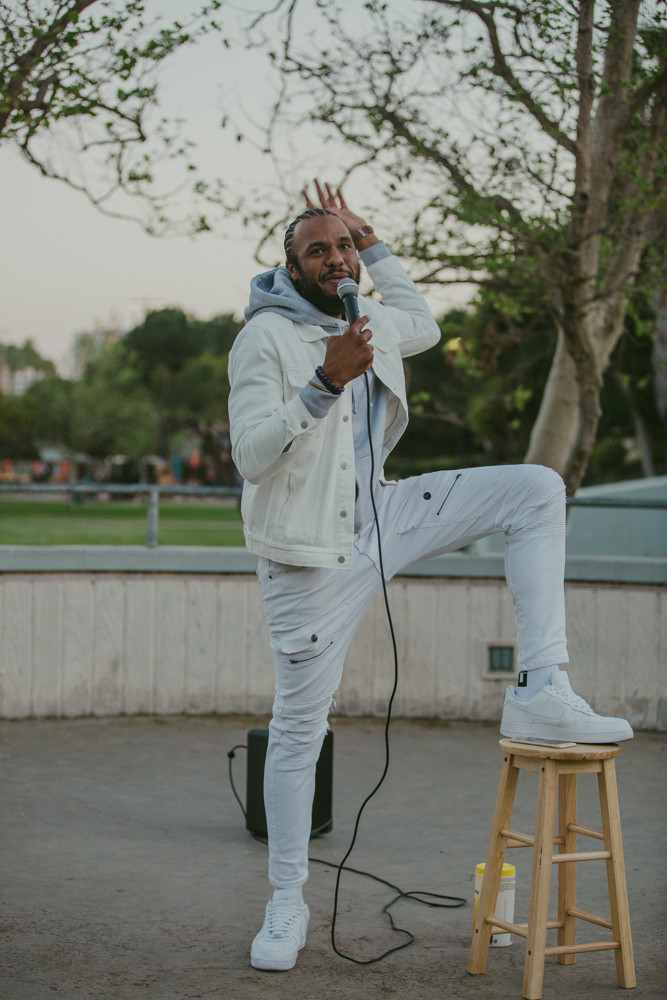 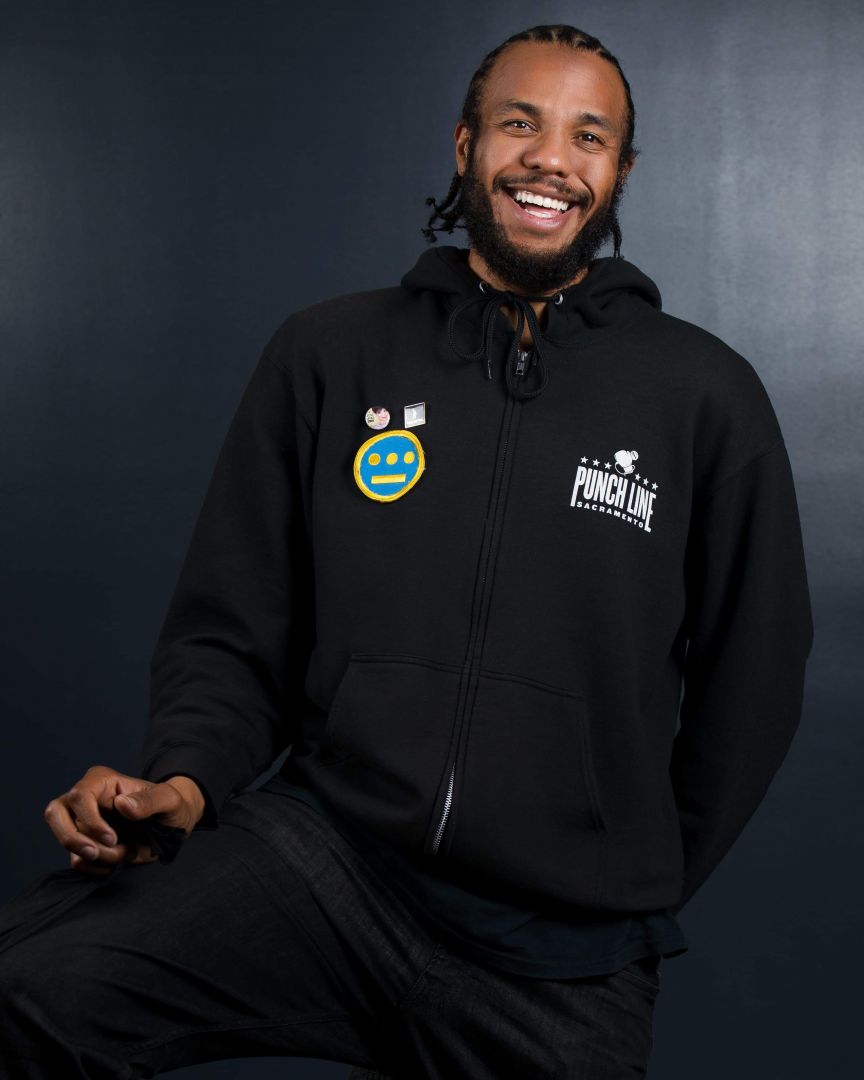 Can you open up a bit about your work and career? We’re big fans and we’d love for our community to learn more about your work.
My approach to standup comedy is more organic. I won’t sit and write jokes. Instead, I’ll just live life and try to write down or remember the hilarious thing I just said out loud or saw.  I think less in terms of a career and more of a lifestyle. My benchmarks of success are less associated with opportunities I experience, but rather what I am able to create, either from these opportunities, or from thin air.  What sets me apart from most comedians is my ability to conceptualize and then immediately package and release a comedy album/EP/single. Since my first independent release, “Lamb Choppin’” in 2012, I have been able to get my comedy directly to audiences digitally via platforms like Spotify, Pandora and Apple Music (to name a few). While I initially began self publishing, that lead to me currently being distributed under MADD Records/Orchard/Sony. The transition to my current situation was paved with trials and errors that inform release decisions during COVID-19 restrictions with experience. While much of the world was in uncertainty, I knew exactly how to proceed with comedy releases during what I refer to as the “Coronial Era.” Today, I am fortunate that working through scheduling and release issues are my greatest challenges, at the moment. 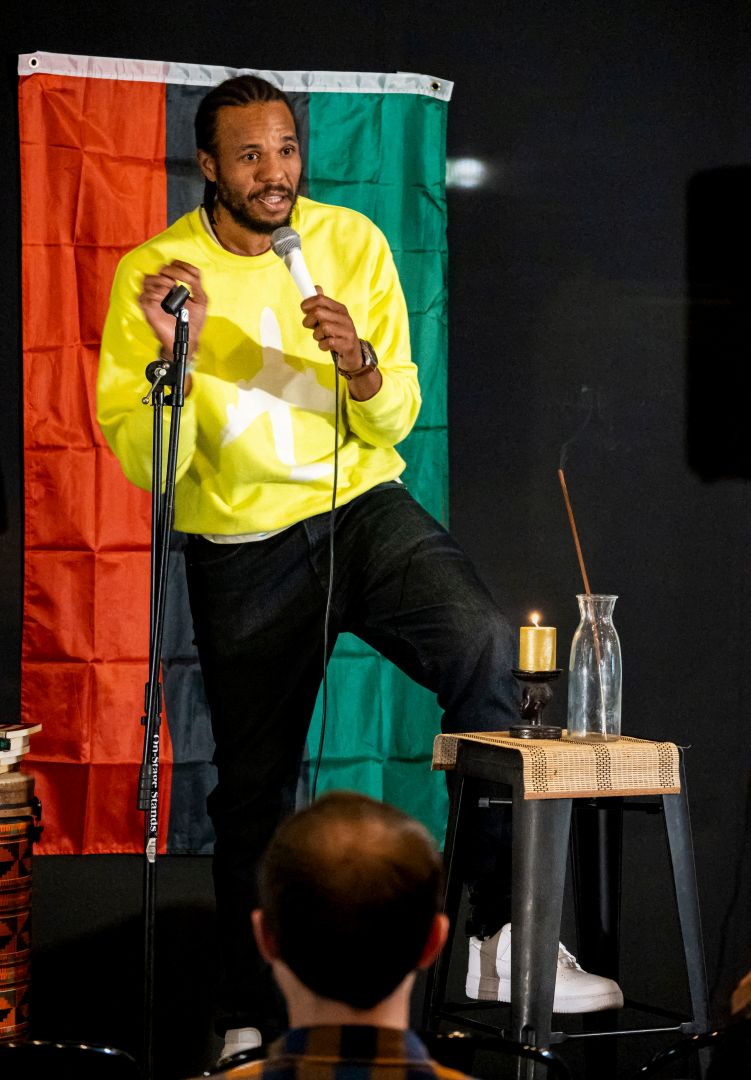 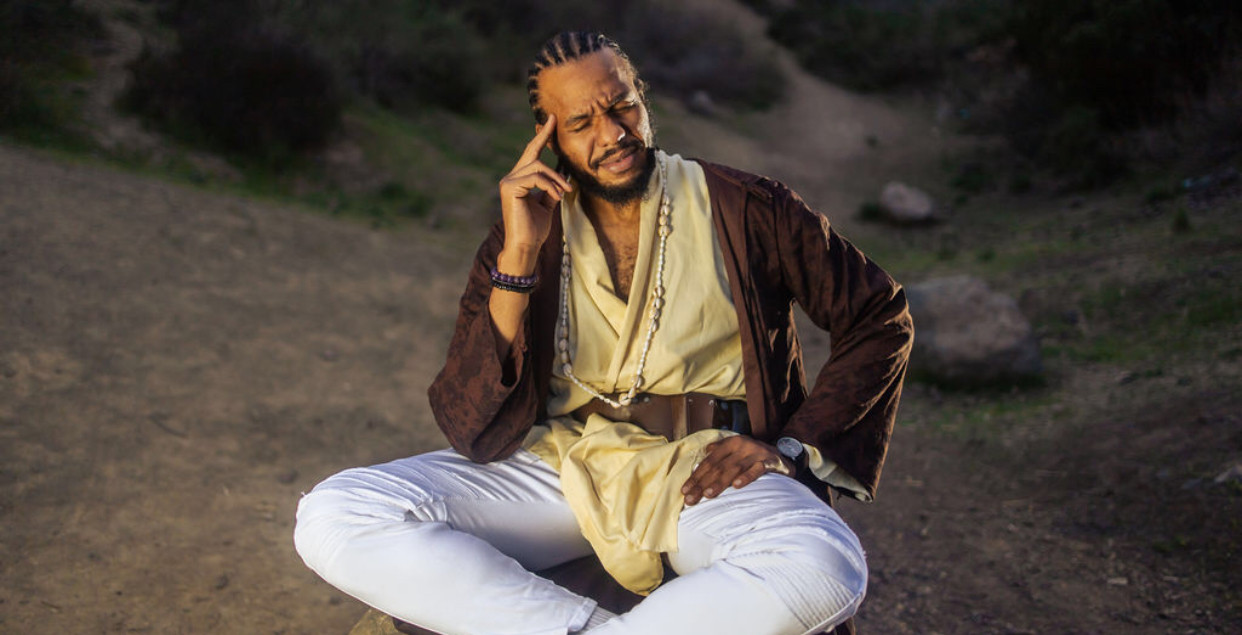 Let’s say your best friend was visiting the area and you wanted to show them the best time ever. Where would you take them? Give us a little itinerary – say it was a week long trip, where would you eat, drink, visit, hang out, etc.
In the “pre coronial” era, I would regularly hang out at the Hollywood Improv or the Comedy Store. Being in the company of like-minded, punchline-obsessed colleagues is one of the simpler joys of my existence. I would often vibe out at comedy clubs so often that I’d have to force myself into cool dive bars like Barney’s Beanery or The Parlor to see what normal folks (compared to comedians) were up to! These days, If I’m not gaming on Twitch, I’m often at a house party comedy show or at a low key comedy spot, like The Comedy Nook on Melrose Ave., workshopping material. 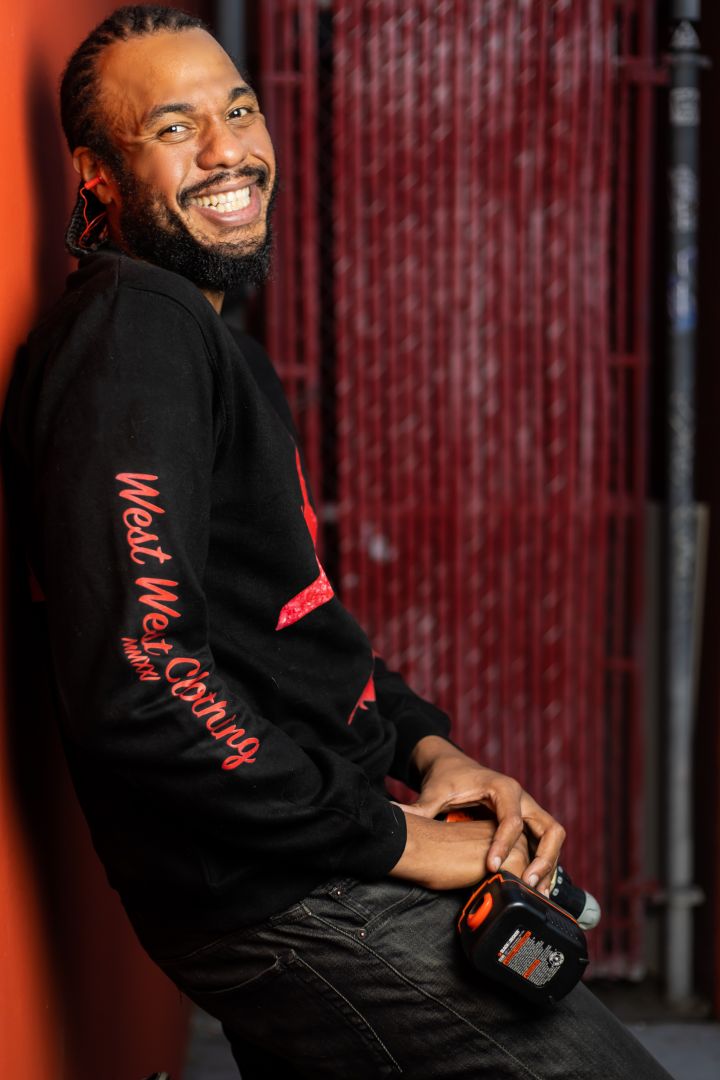 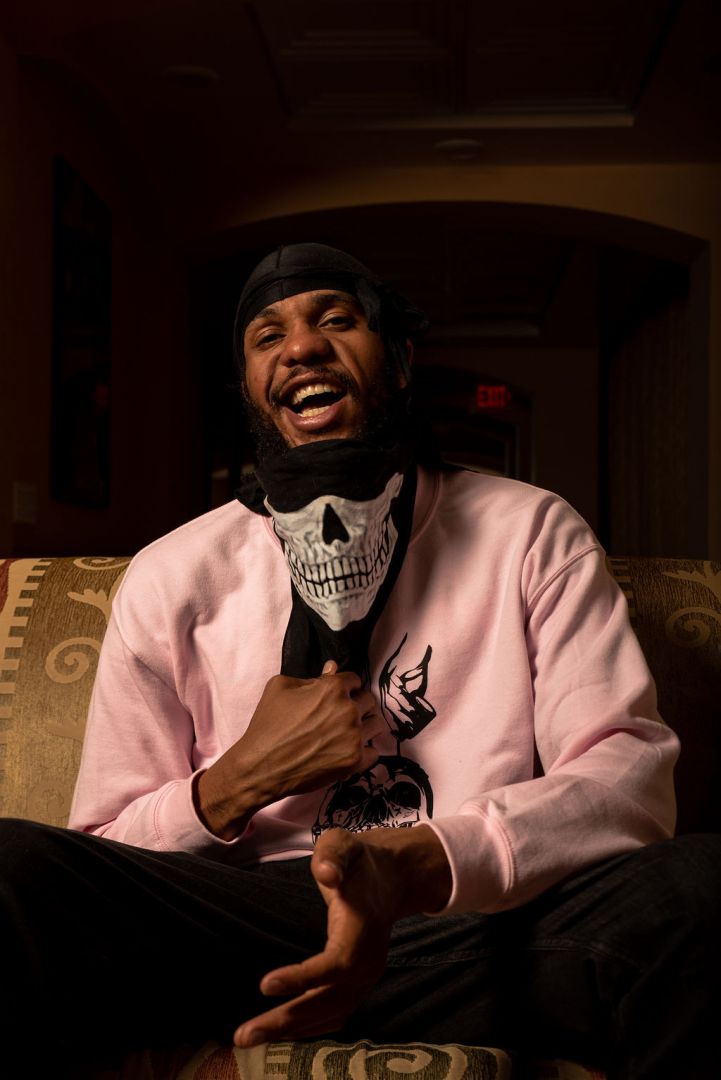 The Shoutout series is all about recognizing that our success and where we are in life is at least somewhat thanks to the efforts, support, mentorship, love and encouragement of others. So is there someone that you want to dedicate your shoutout to?
Brandon West and his clothing brand, West West Clothing have played an important role in my comedy career. As a clothier who started in comedy, West understands how image can play a critical role in how material is received. I have benefited a great deal from West’s dedication to style. When it was time to begin my own journey into merchandise, being able to collaborate with West put me in a position to stand out, not only on the microphone, but also in the photos posted the next day. Style has become something for which I am known in many comedy circles for, and that is largely due to West West Clothing and our partnership.

Ed Greer is another amazing comedian and illustrator who brilliantly paints pictures with a microphone and a pencil. I really am blessed that he has extended his talents and appreciation for vivid imagery to my projects. What is dope about Ed Greer and his creativity is that he can illustrate with his comedy and also tell a joke with his illustrations. Some of Ed Greer’s fan art is mind blowing and hilarious.

While, Brandon West and Ed Greer aren’t the only two that have helped me tremendously, I definitely would be remiss not to shout them out here! 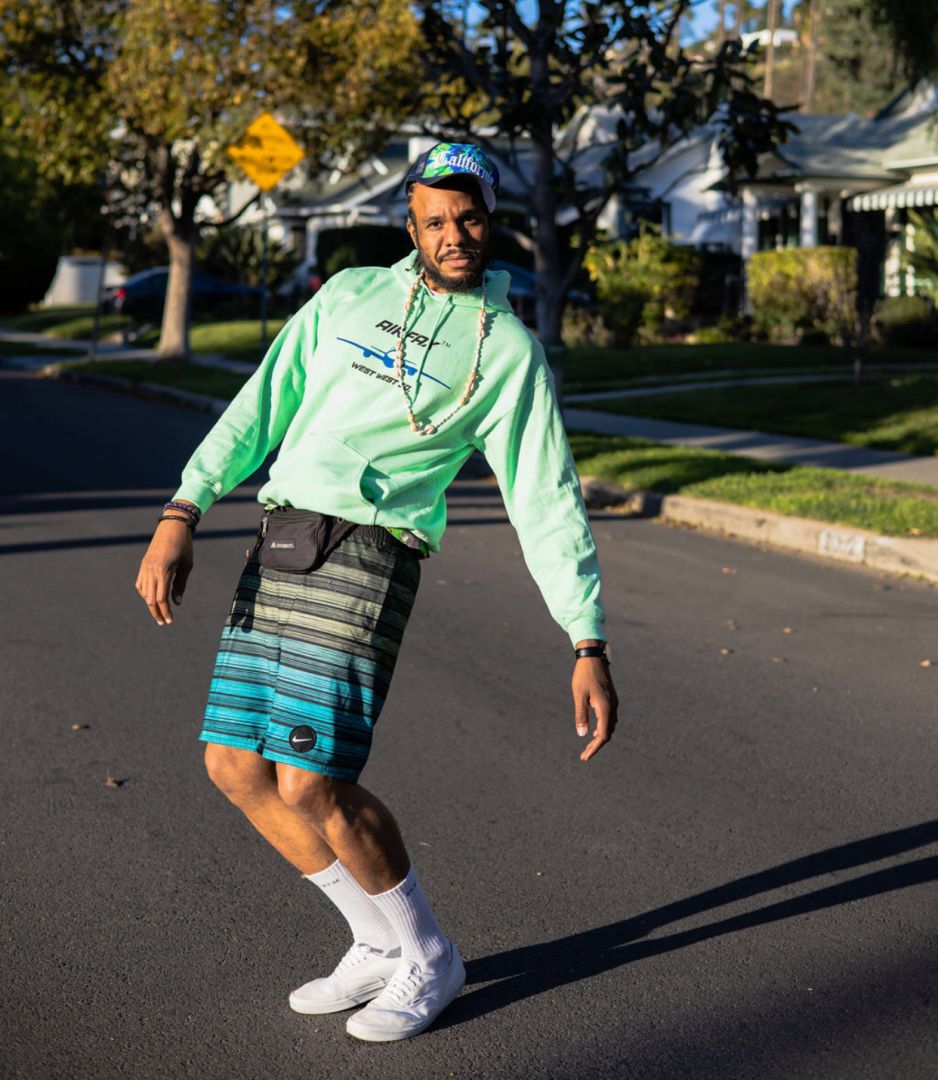