We had the good fortune of connecting with April Grace Lowe and Craig Jessen and we’ve shared our conversation below.

Hi April Grace Lowe and Craig Jessen, is there a quote or affirmation that’s meaningful to you?
Wife-and-husband filmmaking team April Grace Lowe and Craig Jessen “Fear is etymologically connected to ‘fare.’ Fear is the fare, or toll, that must be paid in order to grow. If we really want to wake up, we need to follow our fear into and through the darkest aspects of our being for that is where the brightest light abides.” ~Andrew Holecek APRIL: For me, recognizing the parts of myself that I want to override, numb, or avoid has been key to unlocking creativity and finding passion that fuels me. It has taken me years to unpack my fears, and I am unpacking them still. But I have learned that if you can fight through them there is always something greater on the other side. And after being willing to fight through that fear enough times, now I recognize that the jitters, the butterflies in the stomach, the closing of the throat – these are all sign posts that I am on a path of daring, which is where the most interesting creation lies. The first impulse you have when you pass those sign posts is to run. But if you run towards it instead of away, it becomes an energy you can ride. CRAIG: As someone who struggles with anxiety I have a slightly different relationship with fear, because for me the fears of creating art are usually a welcome distraction from the myriad daily fears I could choose to perseverate on. For me, writing is a haven from those everyday fears, as well as a place to explore and decode them. But while I am pretty fearless as a writer, I have a lot of fear when I work as a director and cinematographer. I think this comes down to the different dynamics of time in these two fields. Writing, particularly writing scripts, is a tinkerer’s art. The process of fiddling and retooling and trying different things creates the calming illusion that nothing is set in stone. But eventually you do have to lock things down. And while you can continue to tinker with a script over the course of filming, eventually lines are learned and captured, and then that’s it. Then once you get into production there is a very finite window you have to complete a very specific portion of the work, and there are so very many ways things can go wrong. But here fear can also be used as a tool to draw attention to those elements that need particular focus in planning. Ultimately, however, when the production day comes the fear fades away. I have planned and choreographed ever minute of the day and enter a flow state similar to writing. APRIL: With our latest film, “Beyond Methuselah,” we dove into the idea of polarization. As a writer and actress I began to explore my own history which was incredibly vulnerable and fear inducing. I began to explore growing up in a religious family, witnessing the dogma that shaped my parents’ upbringing, observing in myself the judgmental qualities and beliefs that can alienate and isolate, while also reconciling the unconditional love, faith, and belonging that comes from being in church. Throughout the whole journey I was faced with moments of fear. As a writer I feared that this story would be too dark to understand. As an actress playing a character that I no longer wanted to identify with and yet still understood so deeply was scary. As a producer I feared taking on the risk of the film: all the time and effort poured into it, not knowing if it will ever see the light of day or even be well received. Yet you go through it all knowing that this is the way to exorcise the demons, this is a living breathing process, and that it is only in the shadows that the light of the projector gets to shine. It is only in the darkness that a spotlight is able to glow. So you go through all that darkness and fear to get at the truth and the heart, knowing that if it comes from the heart it will speak to the heart and that becomes the spotlight you follow. 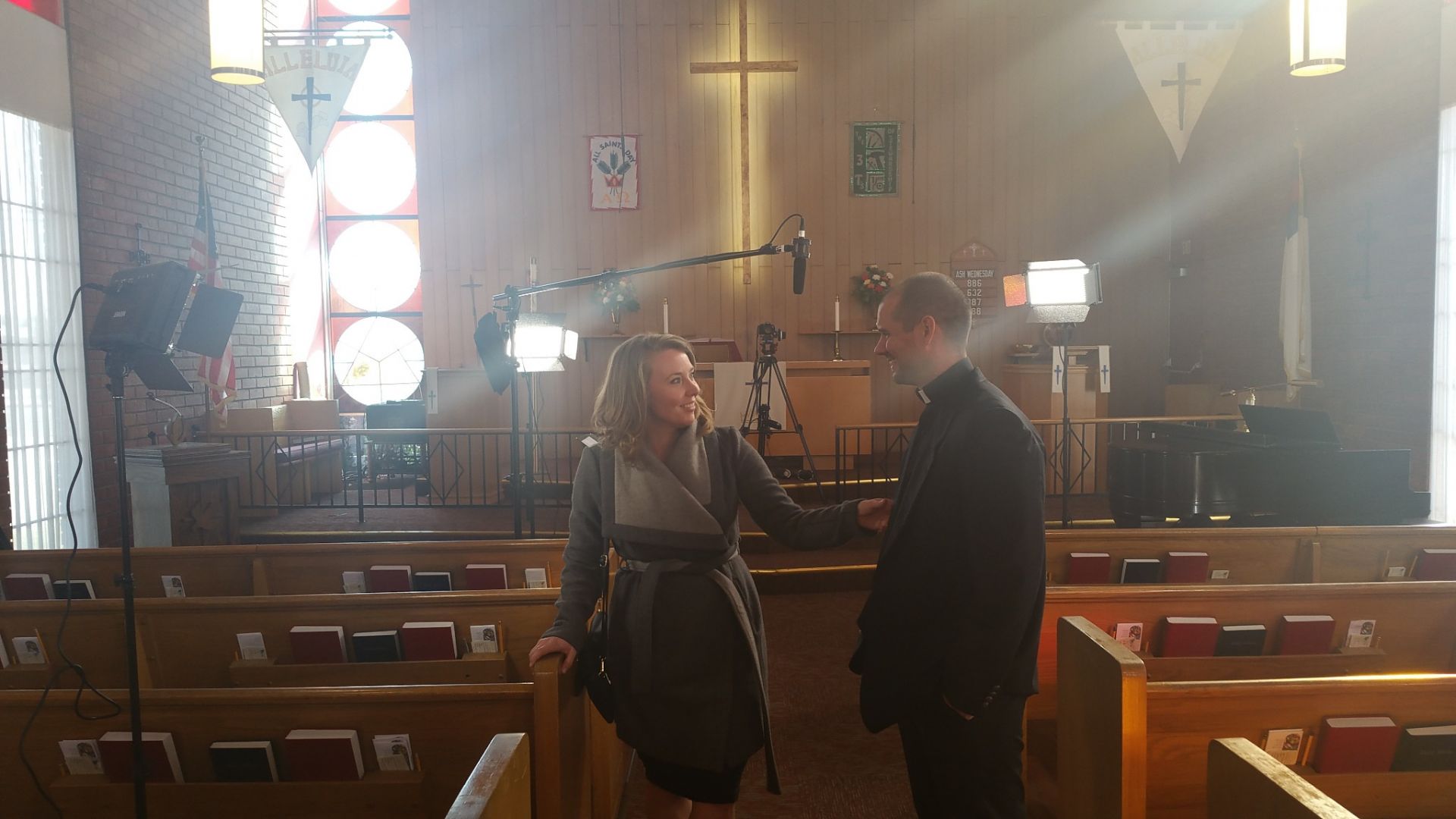 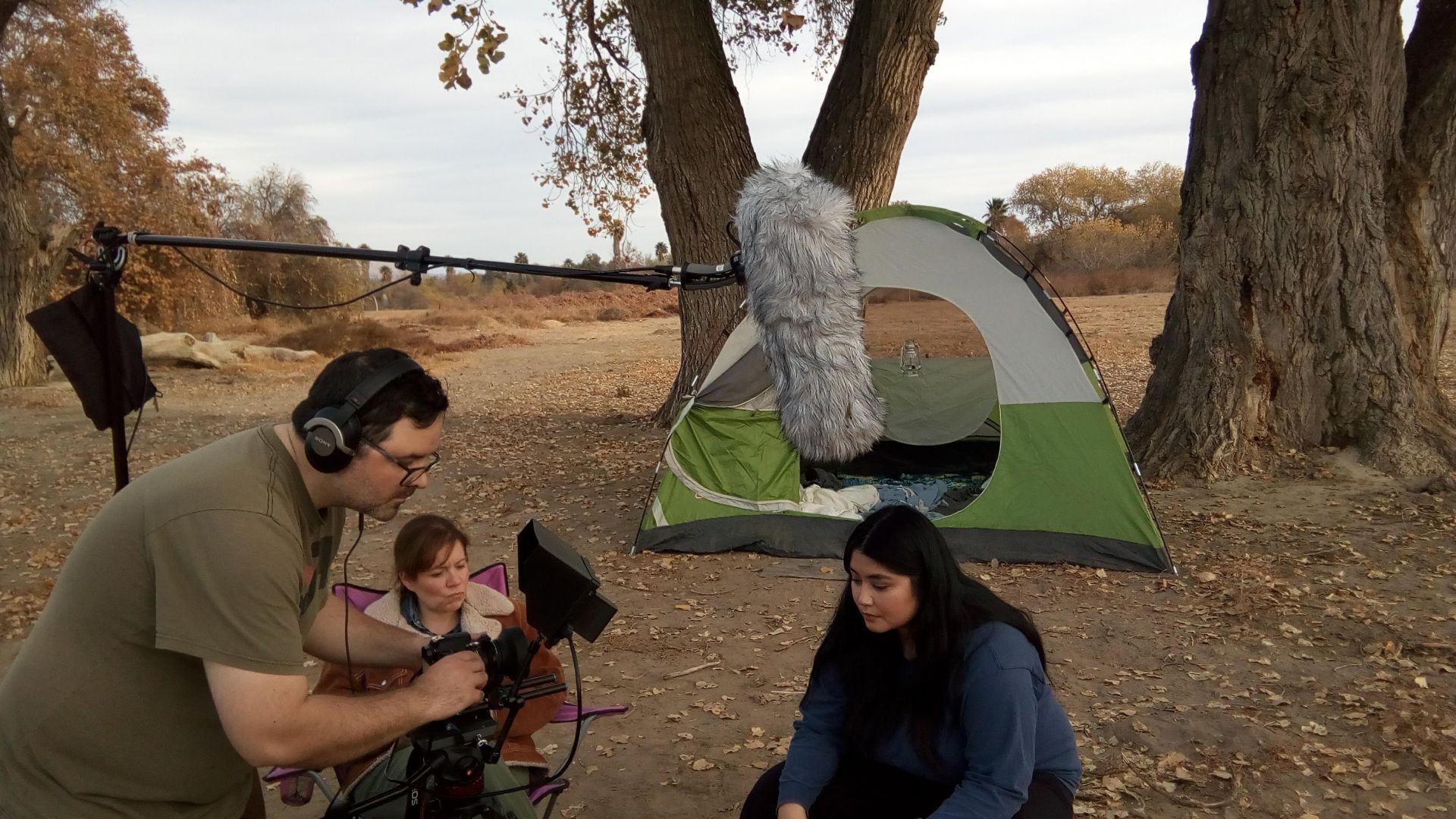 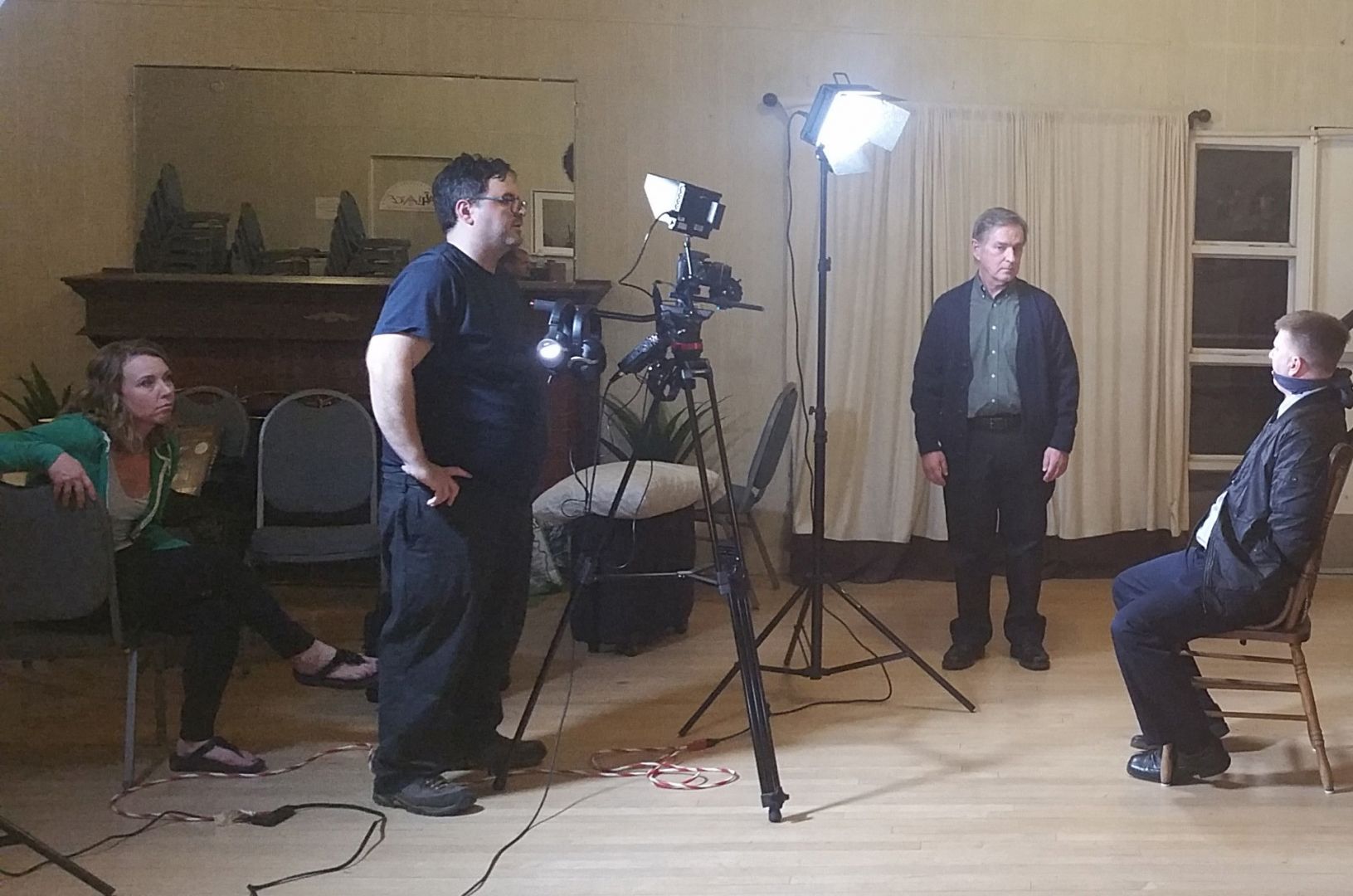 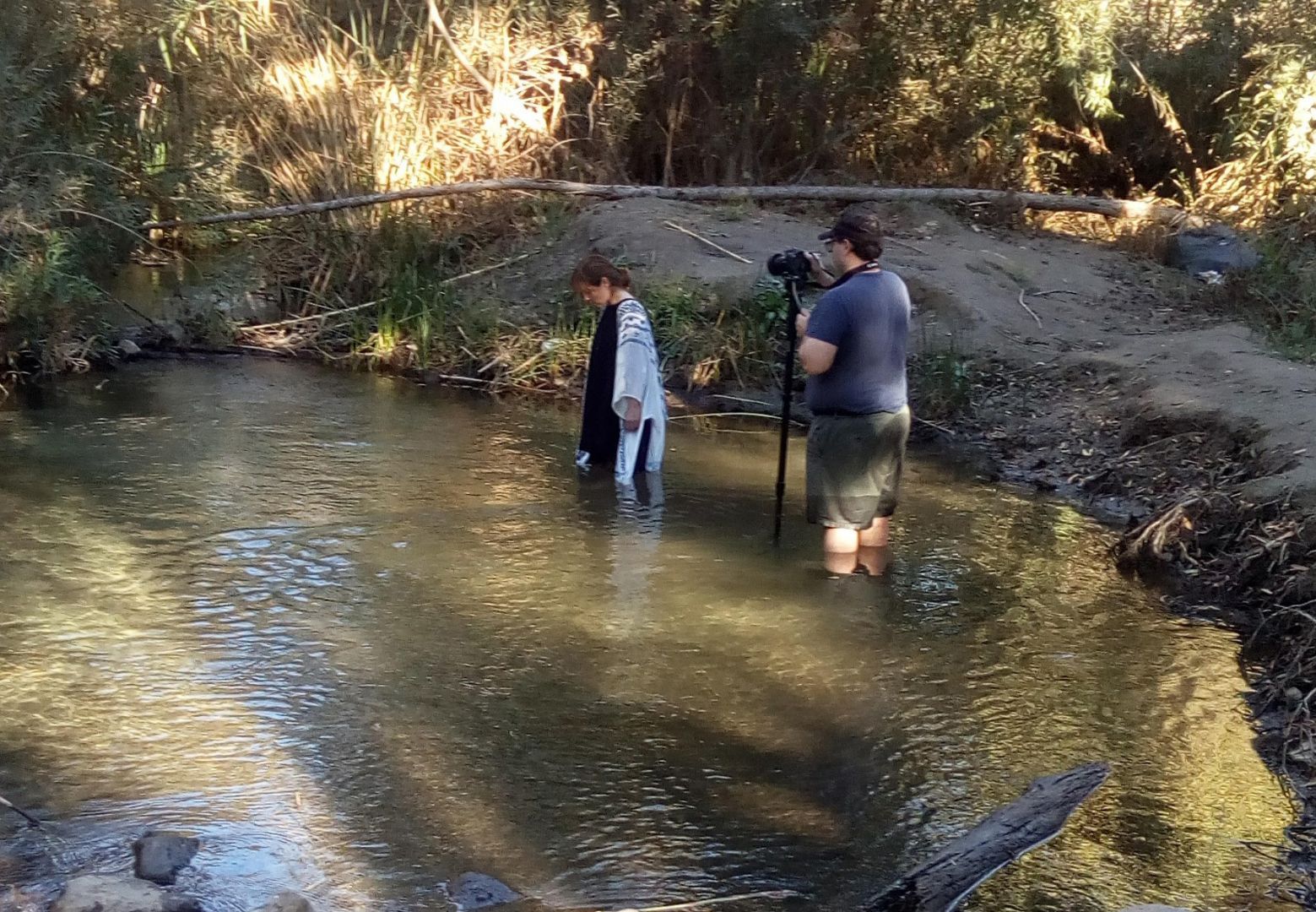 Alright, so let’s move onto what keeps you busy professionally?
We met in 2002 when we were studying as actors at Southern Oregon University. We were called into audition for the older love interests in Cabaret. We didn’t get the parts, but we got something much better! We fell in love with each other as both people and creative artists. While we didn’t know where our paths would lead, we knew we would be making art and trouble together. We got married in 2005 and set out originally for a career in theater. Between 2005 and 2013 we produced plays in New York, Oregon, and Los Angeles. In 2013, after having produced so many full length plays, we thought we would jump right in and produce a full length feature. This is apparently not the way you are supposed to do things. But not knowing what we weren’t supposed to do, we jumped in headlong and did it anyway.

Let’s say your best friend was visiting the area and you wanted to show them the best time ever. Where would you take them? Give us a little itinerary – say it was a week long trip, where would you eat, drink, visit, hang out, etc.
We would tell them to stay away because of the pandemic. But if they came back after the quarantimes we would: 1) Grab a bite at Benny’s Tacos 2) Bike down the California incline 3) Tour the artists row at Venice Beach 4) Catch a set by “Leftover Cuties” at Hotel Casa Del Mar lounge in Santa Monica 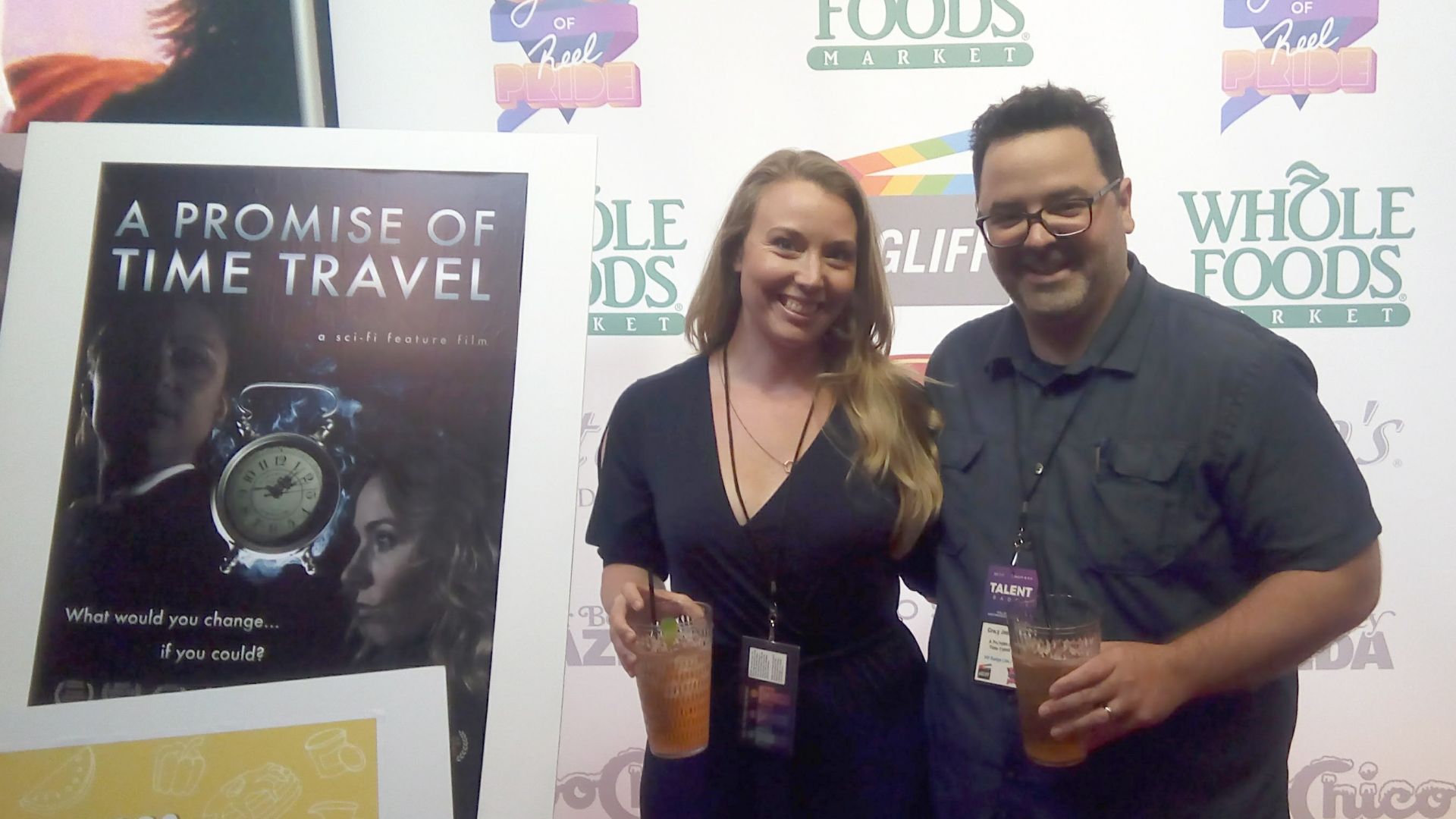 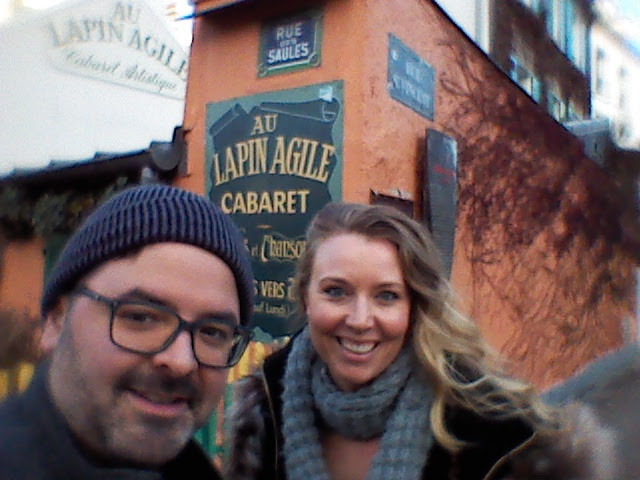 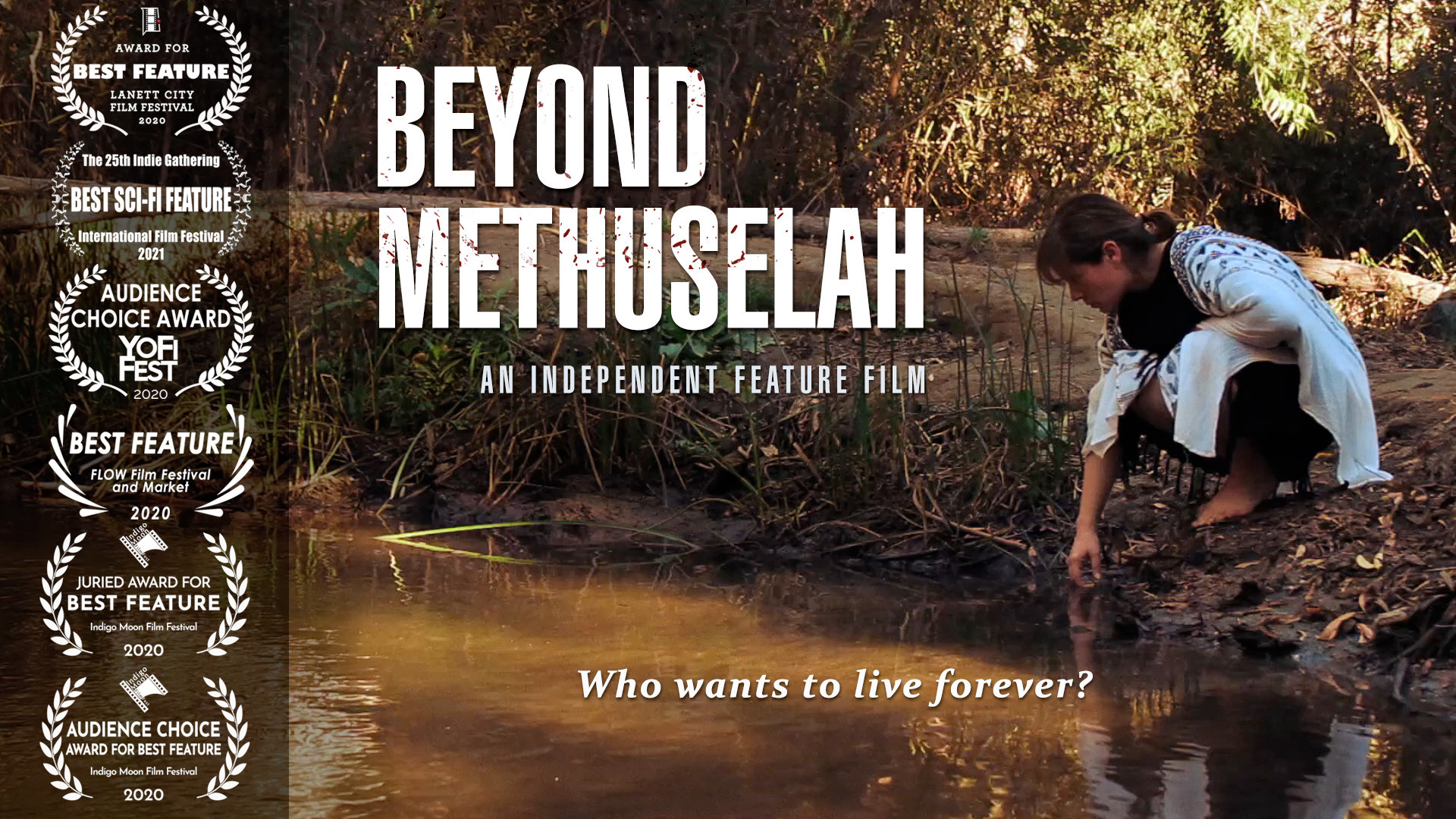 The Shoutout series is all about recognizing that our success and where we are in life is at least somewhat thanks to the efforts, support, mentorship, love and encouragement of others. So is there someone that you want to dedicate your shoutout to?
We have been working with a core ensemble of actors and artists for about 10 years: Angela Rysk, Cody Roberts, Darcy Silveira, Ken MacFarlane, Todd-Christian Elliott, Matt Guerra, and the late John Hope. We also have to give a shoutout to our mentors in our BFA program at Southern Oregon Unviersity who gave us a solid education in storytelling: Deborah Rosenberg, Dale Luciano, Dennis Smith, Chris Sackett, Maggie McClellan, and Craig Hudson.