We had the good fortune of connecting with Axel Tillmann and we’ve shared our conversation below.

Hi Axel, how did you come up with the idea for your business?
I have been inspired by my own journey and learnings. I always considered myself as an entrepreneur, but growing up in Germany these desires are different, and the values are different than here in the US and in particular here in California.

What do I mean by this?

If you take 1981 as the starting date for today’s computing and smart device revolution, I challenge everybody to name me one European based startup (started 1981 or later) that has achieved the same market cap as the top 100 US based startups. I think you will be hard pressed to name 1, and even if you did, it would only be 1%. But long-established companies such as i.e. Siemens or BWM are household names, but true entrepreneurship doesn’t exists.

Point in case, the following conversation didn’t happen in Germany – albeit it’s ecosystem would have been a fertile ground to get this done, 5 guys in Munich saying 12 years ago: “We have enough of BWM, why don’t we stick our heads together, electro vehicles must be the future, and why not call the company TESLA”. Oh well, it happened in California where they never build a car in the history of California, and you guessed right the major engineering was bought in from Germany.

So, when looking how I learned to see the world with the mindset of the US, and it was hard learning I had to go through, I was inspired to create a TV Show that teaches entrepreneurship. I wrote 20+ years ago a treatment for a show called STARTUPS. 8 years ago, I wrote a business plan for a Venture Capital Fund that sourced deals not only in the US but also worldwide. Two years ago, it dawned on me that I have to combine both ideas into one. A venture fund that sources it deals and vets them in the televised accelerator. A reality show that takes some of the business models of American Idol and combines it with some of the content of Apprentice, for a $5M investment into the winning company and some co-investment opportunity in the other participating companies. With success of this concept, we will take this show also into foreign countries.

Shortly after this concept was cemented, I met my business partners Dale Godboldo (Actor, Producer, and Socially conscious entrepreneur) and Bryan Gallinger (Producer, Musician, and Entrepreneur) and we formed WORLD SUMMIT (www.ourworldsummit.com) dedicated to implement this idea.

Now we are out pitching to Family funds and other investor groups to become an LP in our Fund. We believe that we can produce a 10x return within 5 years. Our goal is to democratize wealth creation because our economies depend on distribution of opportunities vs the monopolistic power of today’s Facebook, Google – just to name a few.

And on a geopolitical level, the only way for countries such as Philippines, Malaysia, Vietnam, many countries in Africa to actually come to economic strength is to foster their entrepreneurs. World Summit Global Venture Fund with its show The Next Unicorns and its VC Funding will be able to contribute to this. 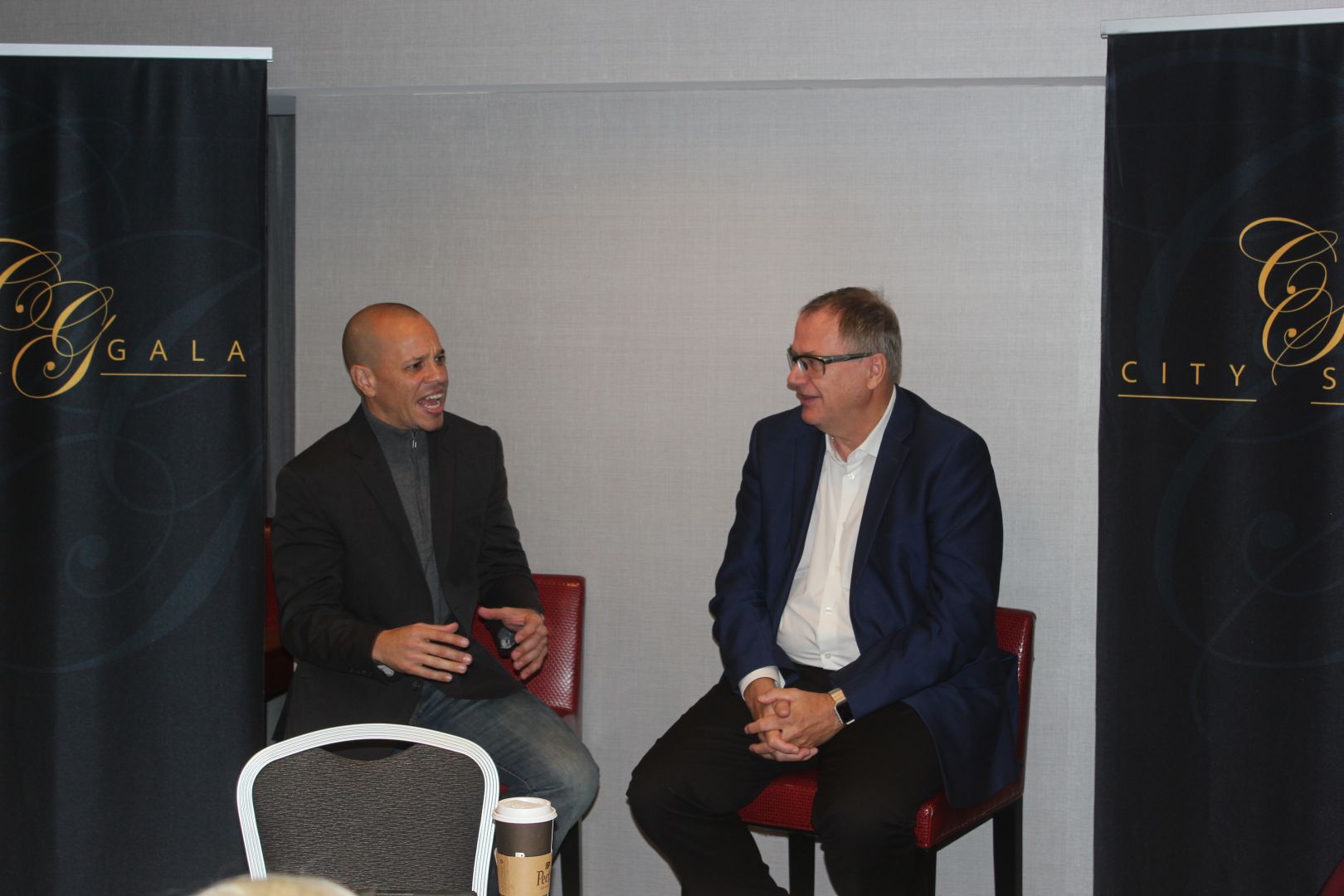 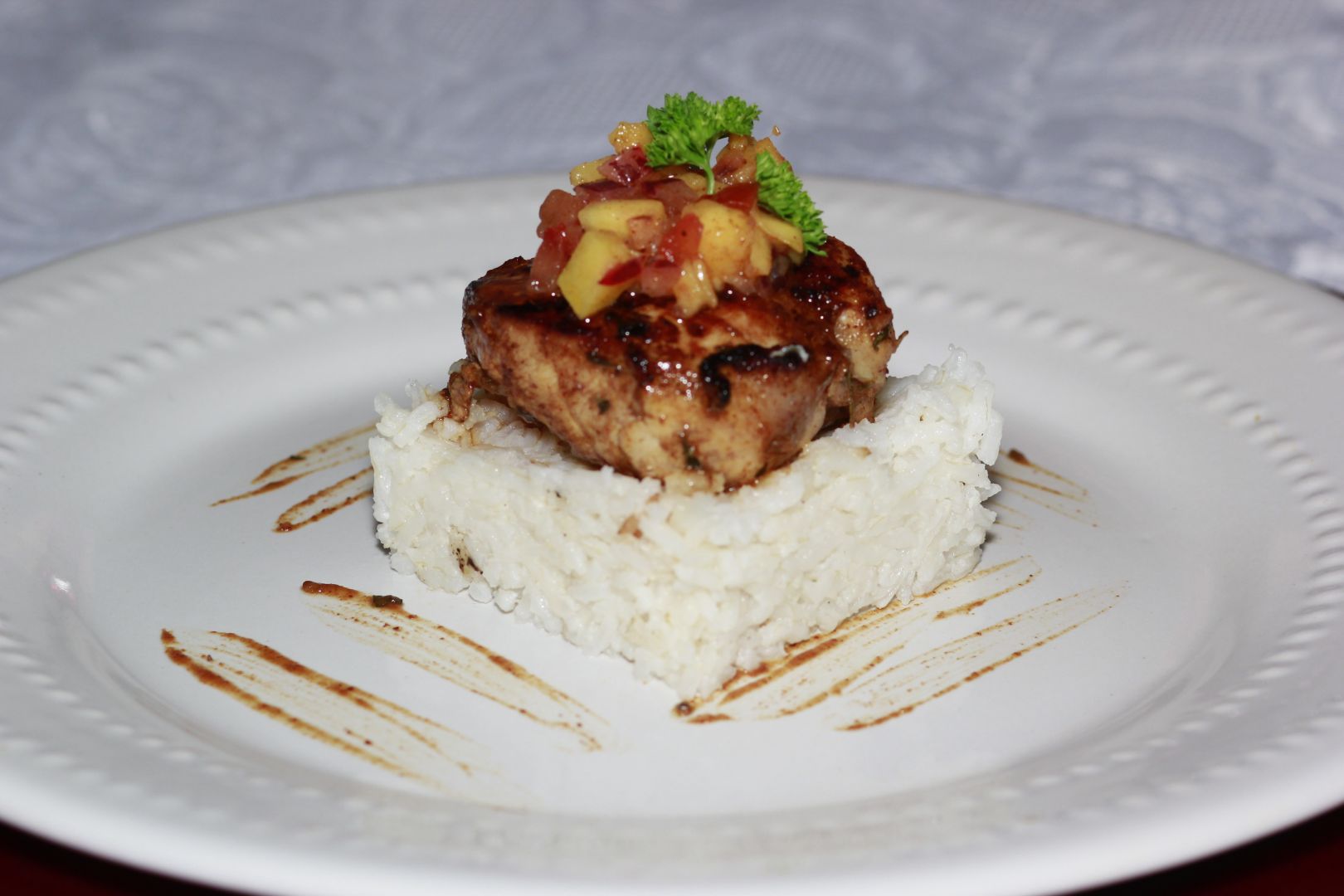 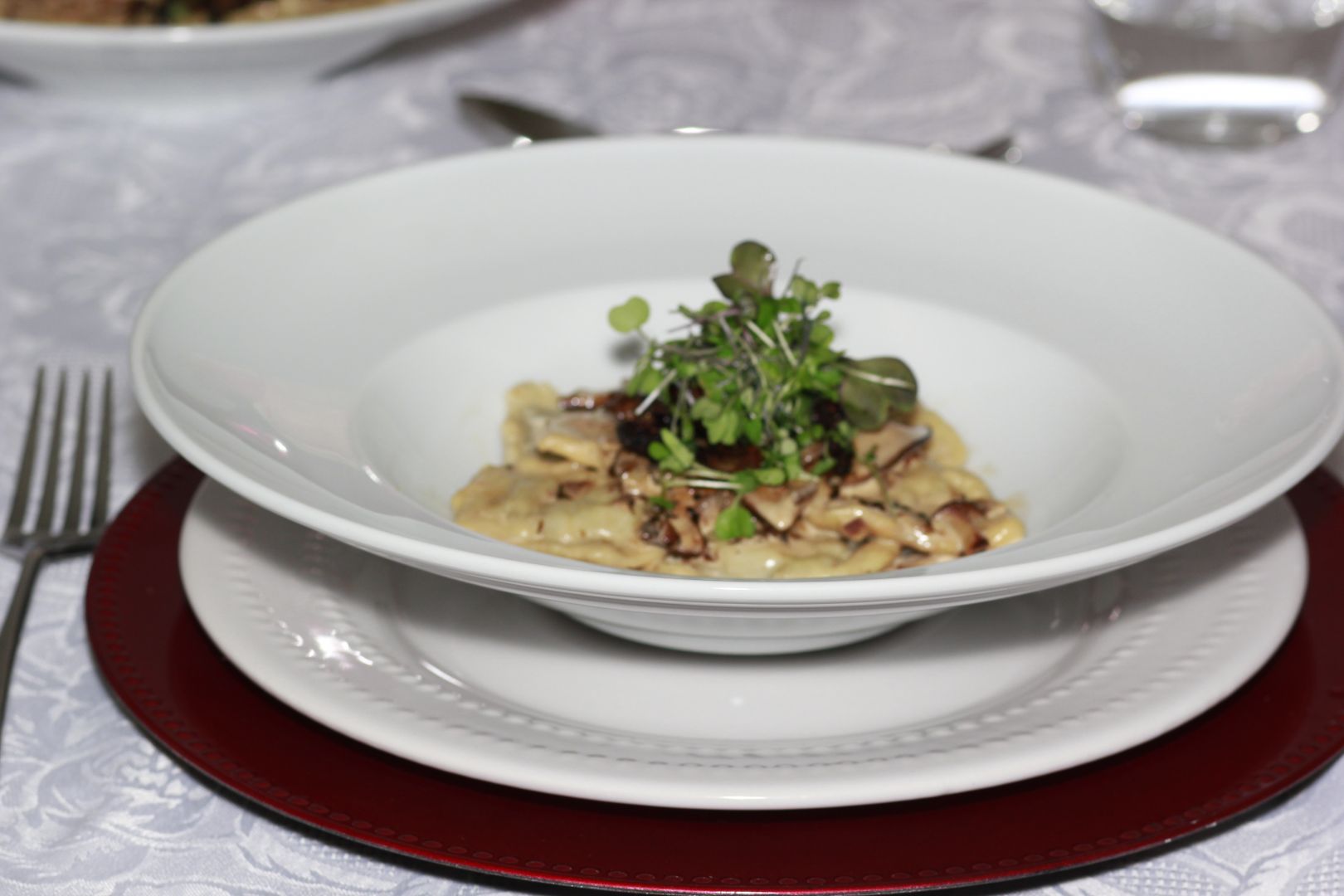 Can you give our readers an introduction to your business? Maybe you can share a bit about what you do and what sets you apart from others?
I have been an entrepreneur all my life, starting out at 10 years old, pumping gas and washing windshields. If filling the tank was 22.50 or 22.60 I always ended up with 50 or 40 cents, the change they got (no credit cards at the time in Germany). I did a practical customer survey, I tried to game the system by stating the car was full at 22.40 to 22.10 (or equivalent) hoping to gain the extra tip, but now the tips went down. So, I have found my optimal change that deserved to be in my pocket. On a good day and 100 cars later, this could be as much as 50DM (Deutsch Mark) – a lot of money for a 10 year old considering you got 100 candies for 1DM (a penny per candy).

Fast forward, 6 startup companies later, 6 years leading the US activities of an International $1B fund of funds with direct investments, 6 years of working with my friend and business partner Kaustav Chaudhuri (KC Wisdom) in Pitch Global the premier event for startups (next in person event in LA at Expert DoJo on September 2nd), I have developed a sharp sense to guide companies to a more sellable story line.

You see I am avoiding the word “success” because what is success? And can you force success? There are people in the motivational speaking circus that want you to believe this, just buy this 10,000 or 25,000 course with them and you become a millionaire. NOT!!! This I not how life works. We are living in a matrix (you remember the movie) and the best we can do is roll with the punches and believe you can’t control life – as the saying goes “men makes plans and God laughs”. The sooner you learn to go with the flow, that neither the past nor the future hold any value the better your life becomes. Don’t believe you can “Think and Grow rich”. Visualization definitely doesn’t work – no law of attraction! Or do you believe a 5’ 3’ male can start playing center in the NBA? Or why not just use all the techniques combined and meditate to win in the next Mega Million game? Look if it would be tha easy, why would Tony Robbins jump back and forth on stage to make money from his audience, when all he would need to do sit down in his living room and “materialize” the next lotto win.

What is worse for people than having no hope? Giving them false hope …… and make them poor while they are trying. And don’t tell me the one exceptional story that somebody had success by going there. Exceptions confirm the rule. I can tell you tons of stories why I don’t believe visualization and tenacity could move the needle.

So, what I learned is “live in the now” (Eckhardt Tolle is a good read). Fear is based on anticipation of a non-existing future which in turn is based on the past experiences that no longer exists but inside your mind. Some people are so eaten up with fear that they cannot act anymore. Instead, I wake up happy every single day, and do my work that is ahead of me, and so the Universe (God) wills the right things will come together. Don’t have any expectations because what is due to you will come, at the time when it is right. The sooner one gets this the better the life will be. 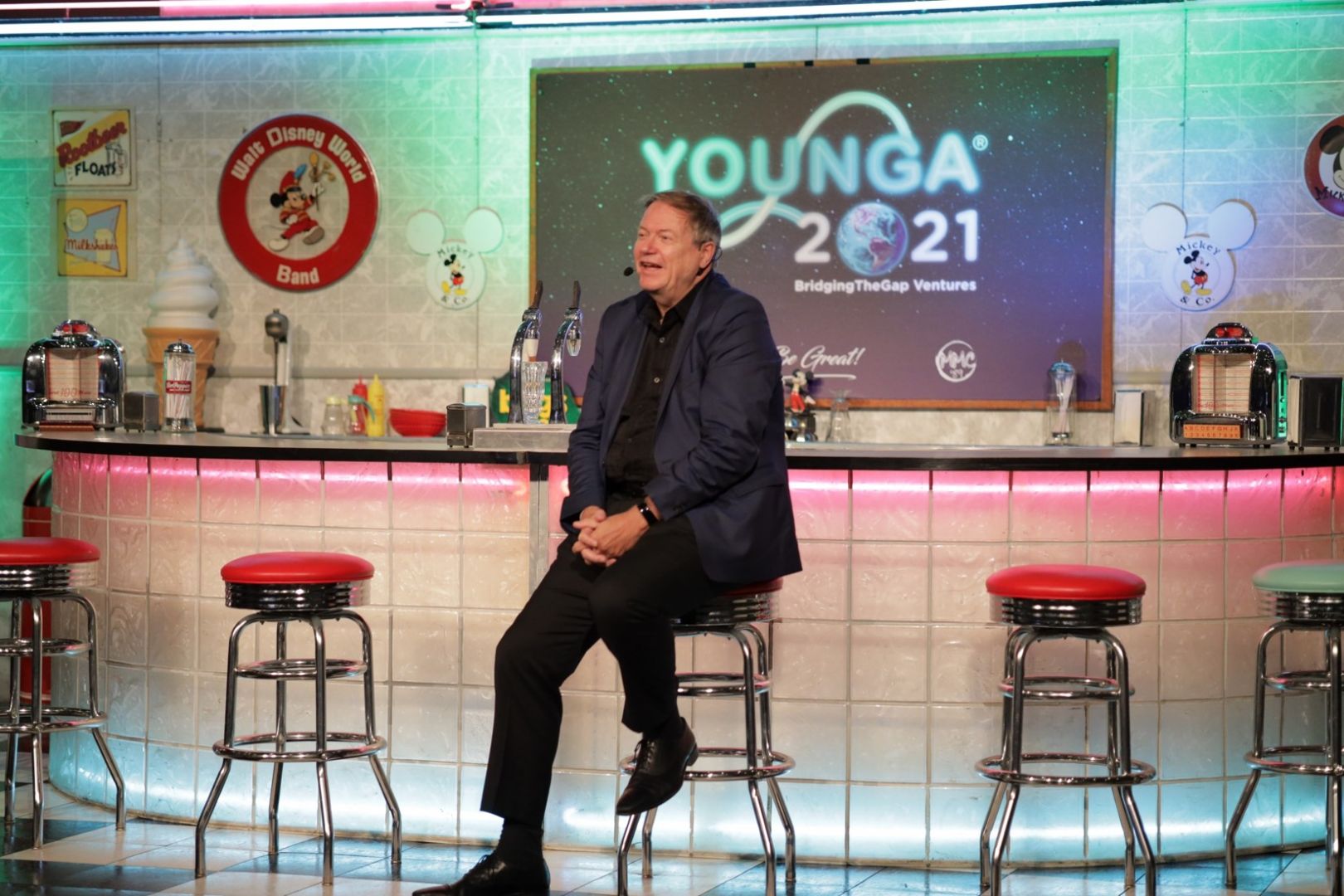 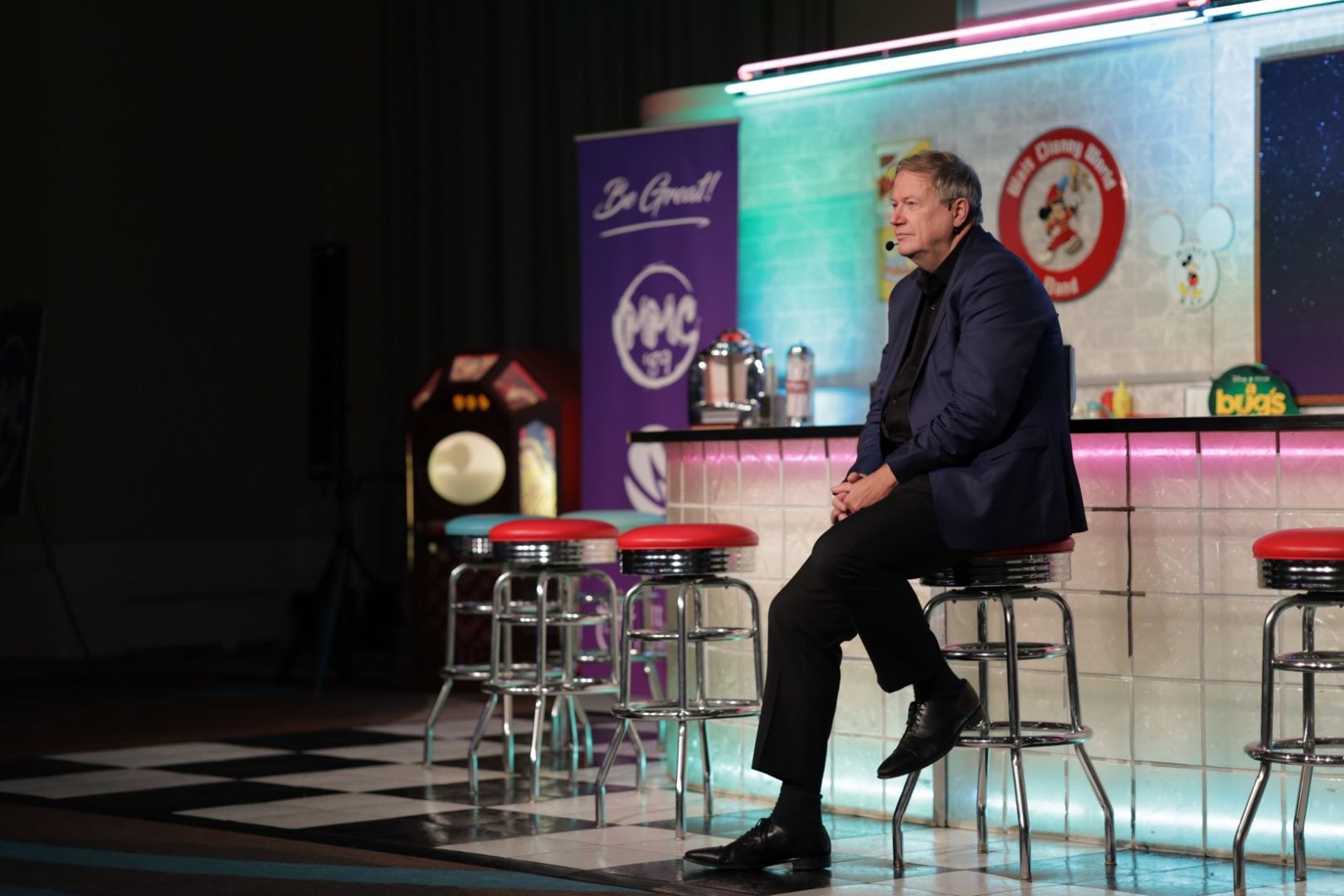 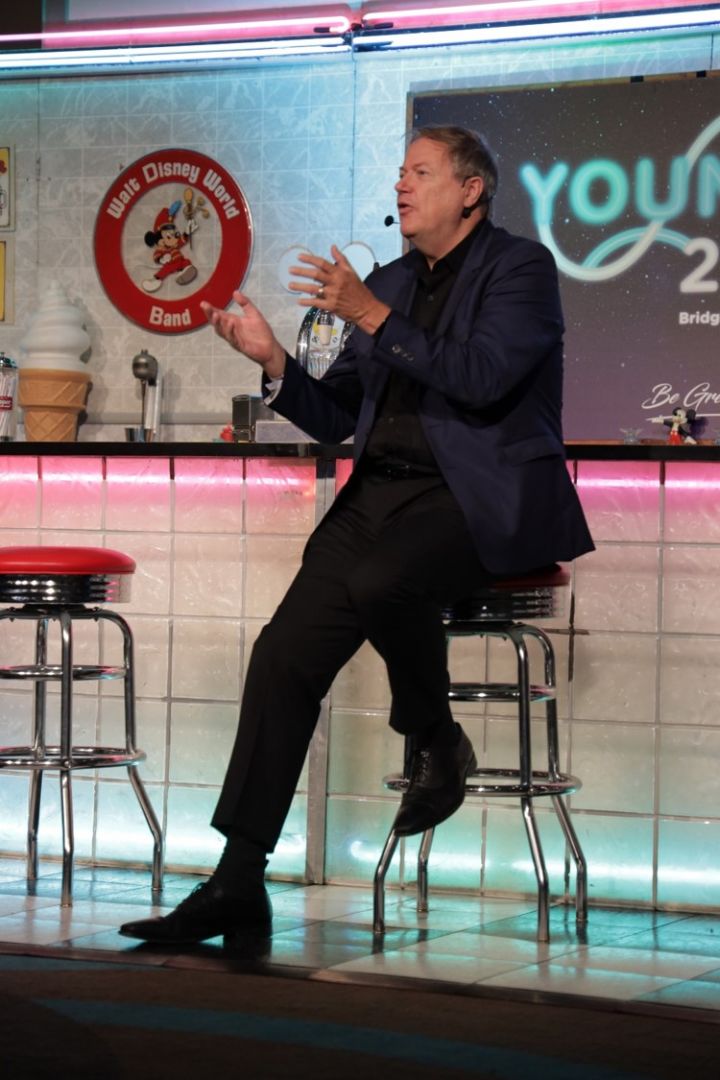 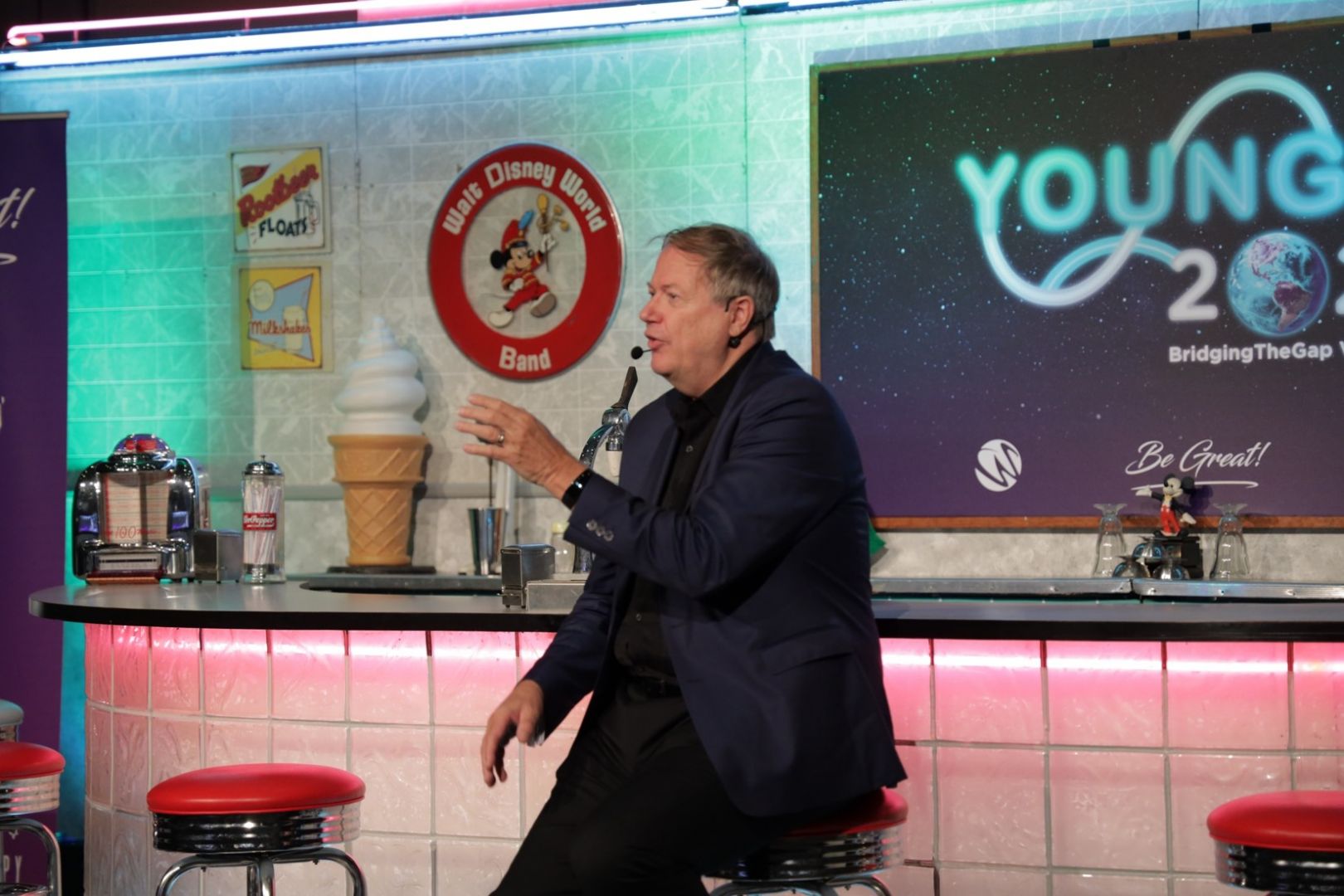 LA has a lot of NY, there are a lot of good places. I mentioned three already, Spargo’s, Beauty and Essex, and The WOOD BBQ.

But here it goes since we have a week.  Toca Madera is a modern, very hip Mexican Fusion place. Locally in Playa Vista we have Ritrivo a good Italian Place (my wife likes in particular the Swordfish Risotto). But a lot of eating would be done at my home. I am a trained chef, and I only did this for my hobby. I have been cooking for 30+ years and I can battle a lot of the chefs, especially in the below 2 or 3 Michelin star range (Note we were horribly disappointed at the French Laundry as well as Gordon Ramsey Steak in Las Vegas). So, with me you would get from modern German Cuisine, French, Italian, to fusion Japanese, Mexican. So, when we go out, we want great atmosphere and adequately priced food. Such like yesterday, the Catalina Bar and Grill to see a performance of the old time Funk and R&B master Jerry Bell. On a scale of 1- 10 the food was 6, so definitely adequate for a performance place. Important is price/quality value ratio. If you charge $450 for a Prix Fixe dinner you better bring your “A” game, or you might find you restaurant being negatively reviewed via my OpenTable account. But I also applaud excellent effort. You just can’t burn Brussel sprouts; claim you have a bourbon sauce when the closest the sauce came to the bourbon was the label of the bottle standing next to the preparation area. Or my pet peeve, Sauce Bearnaise – I still don’t understand why so many Chefs don’t know how to make it right, or worse make fake version with powder and milk.

Places to visit are plentiful in LA and depending on what you like. But driving up Rt 1 all the way to Malibu is a wonderful experience, walking on Santa Monica pier never gets old, and then having something to eat at “Ivy at the Shore”.

We also bemoan two victims of COVID, the Belgian Fries stand in Santa Monica, which is gone, and the still currently closed Herringbone – we loved the Oysters for $1 before 5PM!

If you like animals the Los Angeles ZOO is great, bicycling from Playa Vista to Dockweiler Beach and spending the entire day there, or in the Fall spending a Sunday at the Famous Veuve Clicquot Polo Classic in the Will Rogers Park.

In general, name what you like, and we find the match. 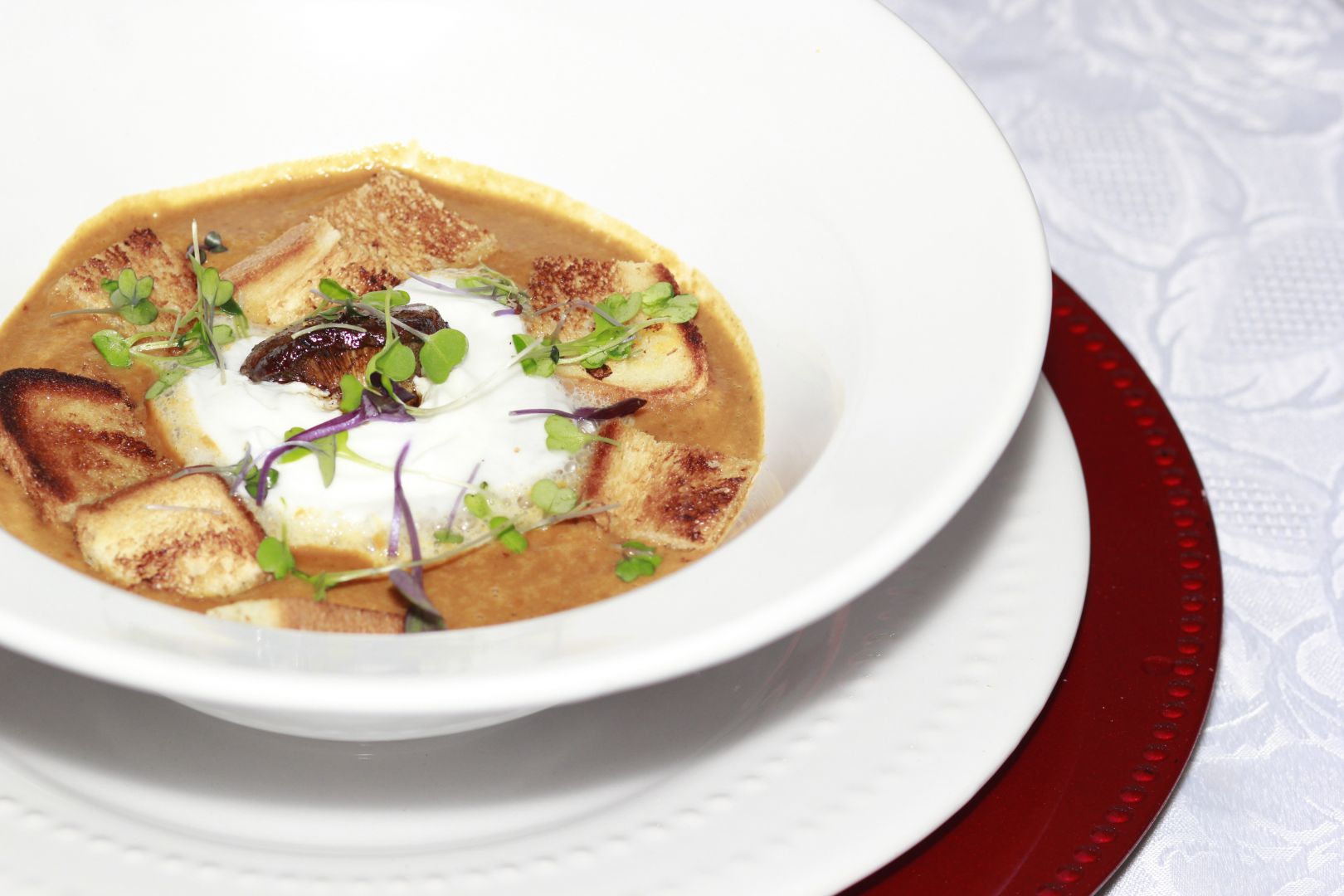 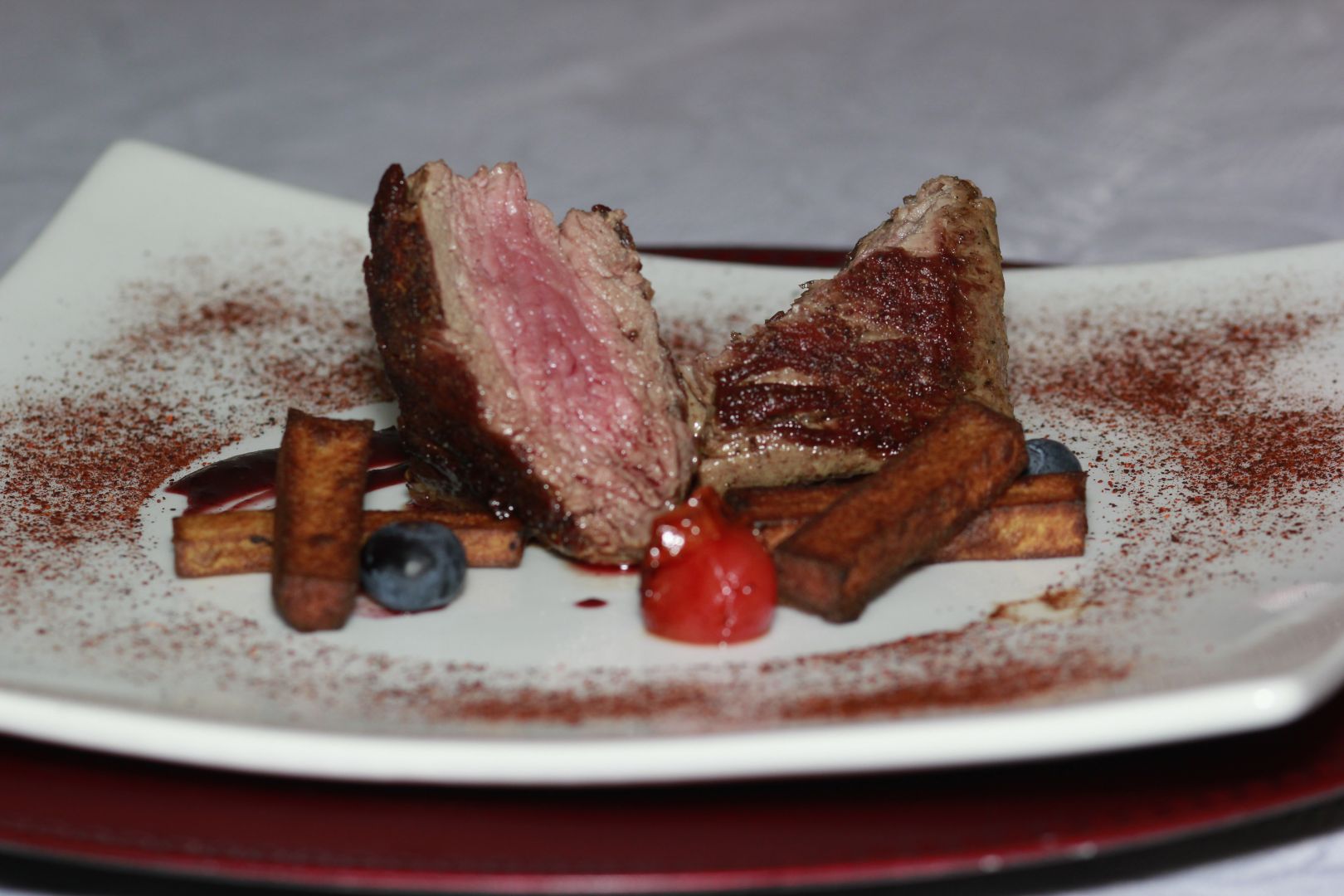 The Shoutout series is all about recognizing that our success and where we are in life is at least somewhat thanks to the efforts, support, mentorship, love and encouragement of others. So is there someone that you want to dedicate your shoutout to?
This is an interesting story; 1985 I came the first time to the United States and to Los Angeles. You need to understand that at that time the German government told its citizens that on the FM band you can only have 2 radio stations “because there is not enough bandwidth”. How amazed I was when driving up and down Pacific Coast Highway and tuning into various radio stations with lots of good music. Among these radio stations was 102.7 KISS FM. The following year, I bought 30 cassette tapes (you remember these) and the bellman kindly agreed to record continuously KISS FM for total of 60h programming including the morning show with Rick D’s. This content and the desire to listen to KISS FM regularly was the beacon of my immigration and living desires, and finally life made it possible to move to LA in March 2020.

Of course, utilizing this opportunity to visit Wolfgang Puck’s Spargo on our anniversary (FYI as early as 1986 when still above Sunset did I have the pleasure to dine at Spargo’s), going to “Beauty and Essex”, or our newfound love for LA the best BBQ in Los Angeles “The Wood BBQ and Sports Lounge” in Inglewood.

Of course, my partners in business Dale Godboldo and Bryan Gallinger which contribute to this beautiful business relationship and friendship.

But last not least, a big shoutout is deserved for Latifah Abdur (my wife) which runs to most brilliant boutique marketing form here in LA (www.elitevivant.com).

P.S to add to this is my 30+ year friend Jost Heider, astrologer extraordinaire (the world best and joint philosopher of life), whom I met in 1986 at the Beverly Hills Hotel. How funny is this. 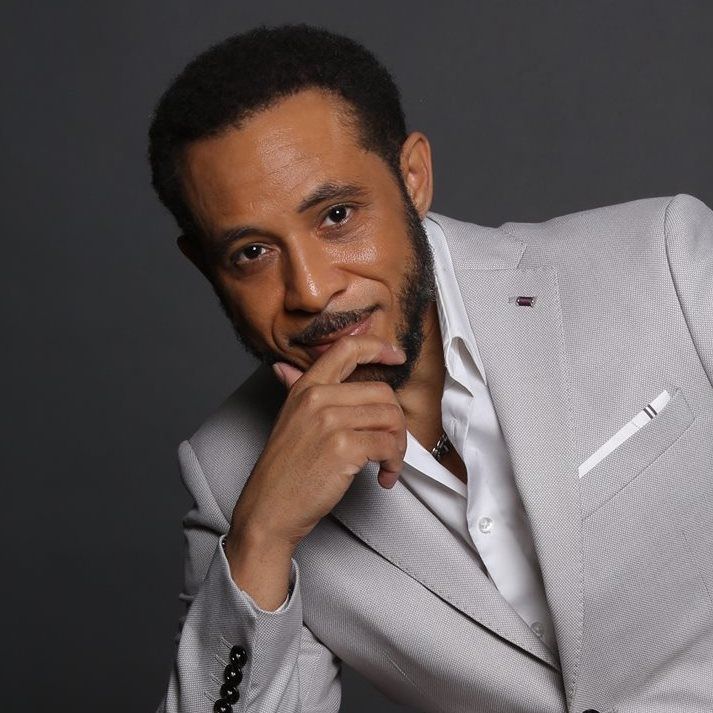 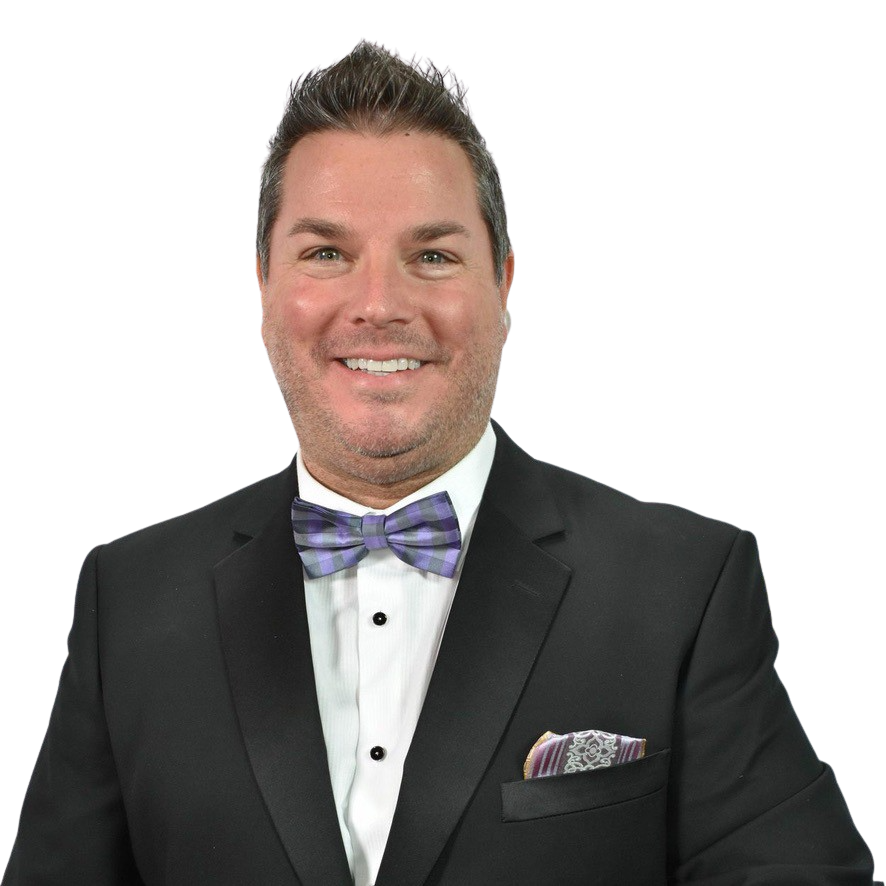 Image Credits
My photos (this are my headshot and the other wider photo, as well as my 4 food photos) are credited to Latifah Abdur (Elitevivant), Dale Godboldo and Bryan Gallinger photos need no credits.