We had the good fortune of connecting with Ben Roque and we’ve shared our conversation below.

Hi Ben, do you have a favorite quote or affirmation?
Several come to mind, but one that’s resonated since I was very young is “But I still haven’t found what I’m looking for.” We’ve all heard the tune. My creativity comes from a profound sense of restlessness. I live in a constant state of feeling like there is someplace I have to be, but can never get to. I think there’s something about being in transition that lends itself to creativity. Writing should be done in cars, motels, bars, boxing rings, boats, on mountains, pool tables, ferris wheels, hot air balloons, anywhere that feels like you’ll end up someplace you weren’t at the start. Especially one you didn’t see coming. Like the poet Wallace Stevens said “Throw away the light, the definitions, and say what you see in the dark.” Always liked that line too. 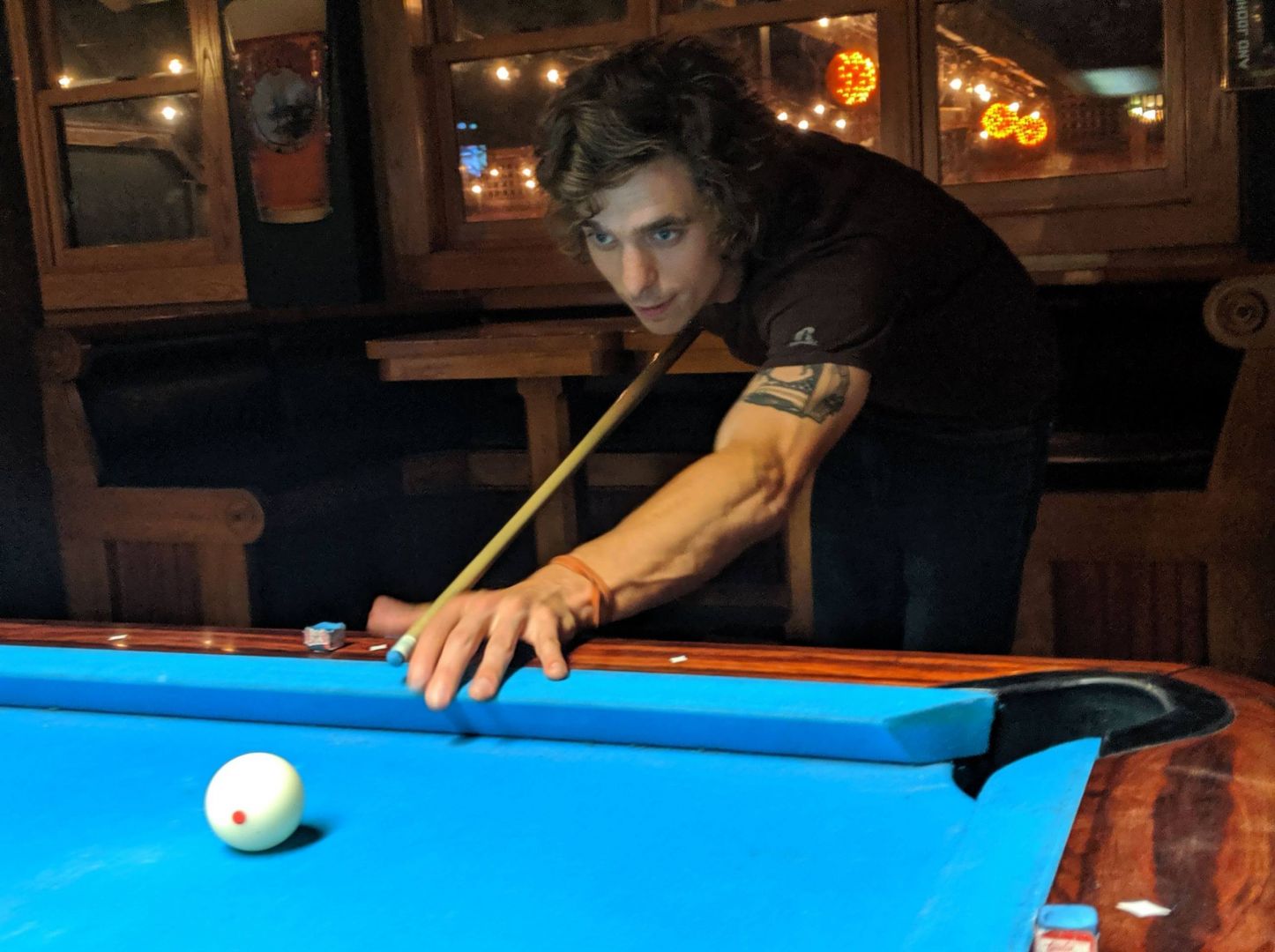 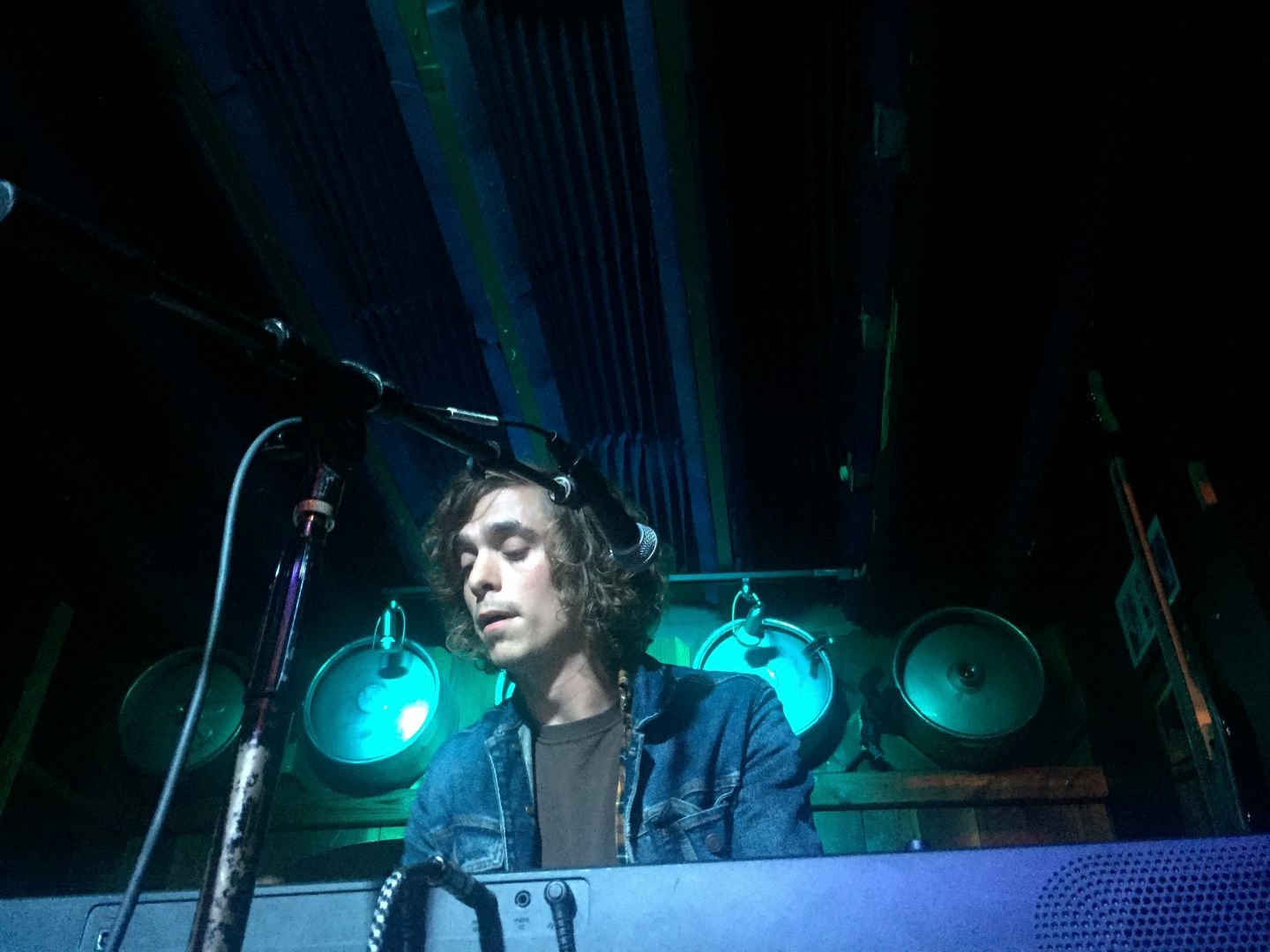 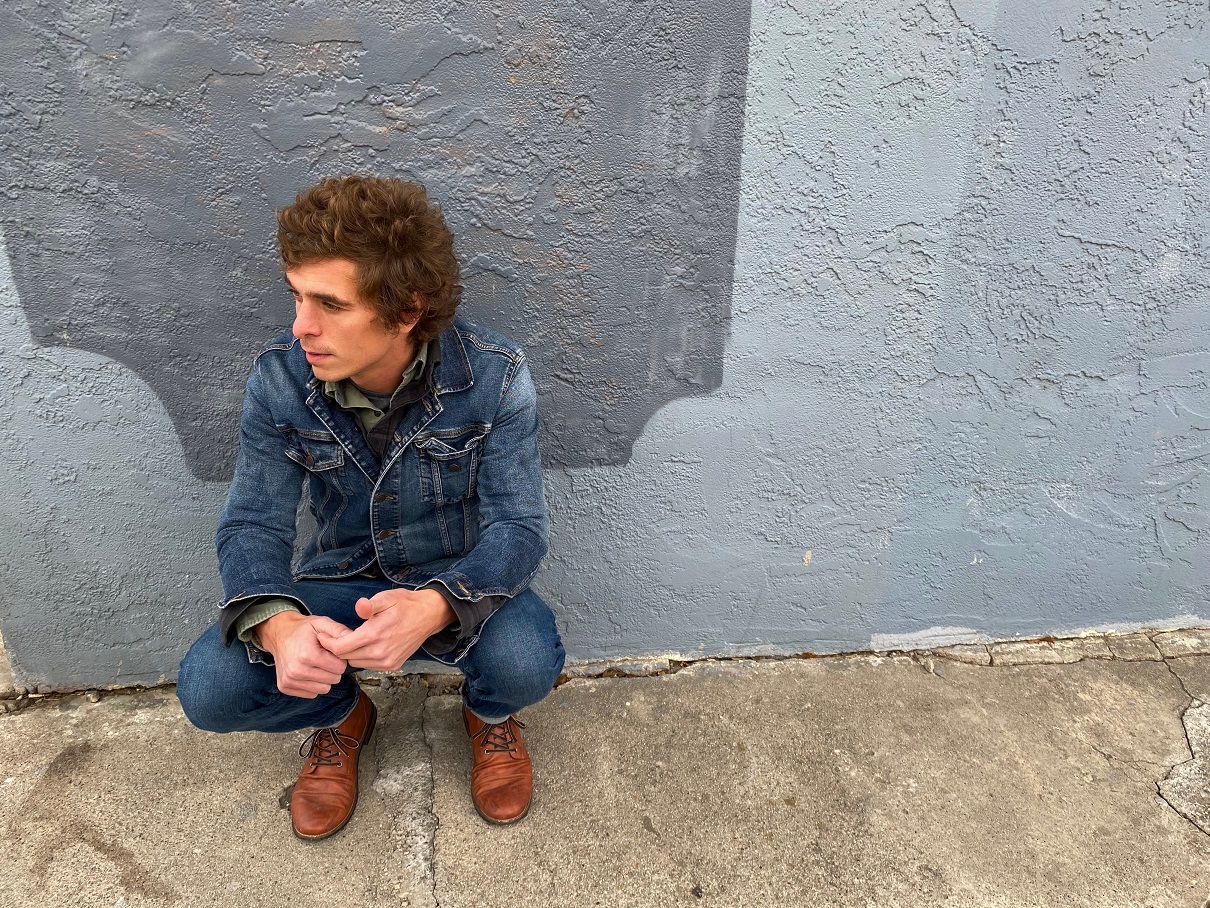 Alright, so let’s move onto what keeps you busy professionally?
I think what sets me apart is that I see songs as collages. They’re made of places I’ve been, odd jobs I’ve worked, people I’ve known, paintings I’ve seen, stories I’ve read, songs I’ve heard — I think songs should be full of weather, people and places, some welcoming, some not so welcoming, just like real life. I’m probably also different because I handle all the writing, arranging, and each instrument myself. I have to sort of take on different personas throughout my writing/recording process.

Growing up in my beloved flinty old Vermont, I was very drawn to lo-fi, rebellious music. Anything with some grit to it, and didn’t sound as if it had been corrected in a studio. It just seemed more honest to me that way. It’s funny, the idea of writing within a genre never really occurred to me. I was young when I realized how interesting music is to trace. Each song is like a gateway to an older song. I would pore over each album’s liner notes to find out who’d inspired what I was listening to. Then I’d look them up and do the same thing. I used to joke that I was looking for the origin of music. I was astonished when I started to really delve into rural blues and those Appalachian songs — music with roots as old as the weather. It’s music that often can’t be traced to its writer –- its origin a mystery. I’m fascinated by that. Songs that insist that mystery is essential to them. Sort of an acceptance of darkness I guess you could say. That’s probably why my tunes often play with dark subject matter. I’m just drawn to it.

My songwriting changed quite a bit after I finished my third book of stories in 2018, The Midnight Cabaret. Starting with my album Amuser, I stopped writing from the first person point of view, and began populating my tunes with characters, mostly oddballs I’d come across late night in roadside bars and diners. Thanks to that album and the accolades it received, I was invited to play the Burlington Jazz Festival, and ended up doing a cross country tour, 18 shows in 12 cities, some impromptu and some scheduled. On the road I wrote out the whole next record which turned out to be The Old Hush, which came out mid 2020 to another round of very nice reviews. The Old Hush is a travelogue full of dark alleys, cracked marquee lights, roaming gamblers, femme-fatales, desert roads, carnival barkers, mad hatters all around. It’s available everywhere you stream/purchase your tunes.

Any places to eat or things to do that you can share with our readers? If they have a friend visiting town, what are some spots they could take them to?
I’m big on spontaneity, so most itineraries go up in smoke when I’m around! But I suppose we’d jump in the ocean, rent a couple kayaks if conditions are good. We’d towel off, and have one in the oldest dive bar we can find, hopefully someplace around here I haven’t even heard of. And we’d ask the owner all about the history of the place, what characters had been there before. We’d walk out of there with some great stories in mind, then grab a couple tacos from a food truck whose proprietor doesn’t speak any English (that’s how you find the best Mexican food around here). Then we’d grab a couple bleacher seats to a Padres game. Maybe if the stadium is empty enough we’ll roam around and try some other seats out. Then we’d catch a live act somewhere to cap off the night, or if there’s a piano in the place, I’d sit in and do a set of my tunes.

The next day we’d pack up the camping gear and some instruments, stop in Encinitas at Lou’s for a couple road trip CDs, and Artifact Books for a couple good stories, and head out to the majestic Joshua Tree National Park. Maybe stop in Julian along the way for one at the Julian Beer Co. or a snack at the Miner’s Diner. We’d go looking for ghost towns along the way. There’s an interesting one called Coleman City just outside Banner. We’d look around the ruins and imagine the wild stuff that happened there. Then we’d arrive in Joshua Tree, set up camp and wander through those wondrous trees, and scramble and climb up those rock piles. Late night we’d pop out to Twentynine Palms and I’d crash a variety night, maybe at the Joshua Tree Saloon, and sing a bunch of my tunes. We’d talk to the other travelers hanging out there, maybe plan a hike together. Then we’d wander back off into the desert well after dark, with that vast jeweled sky all around. We’d make up new constellations, get a good fire going, play some more tunes, play some cards, and roast some marshmallows. Then I’d probably stay up all night writing after my guest crashes, to be honest. But then you got to catch the sunrise in Joshua Tree. It’s breathtaking. Even the coyotes go silent. 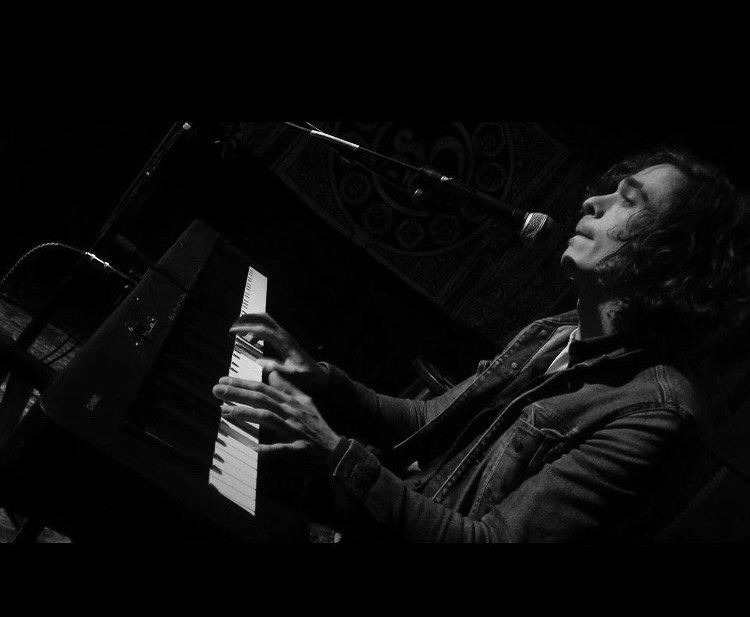 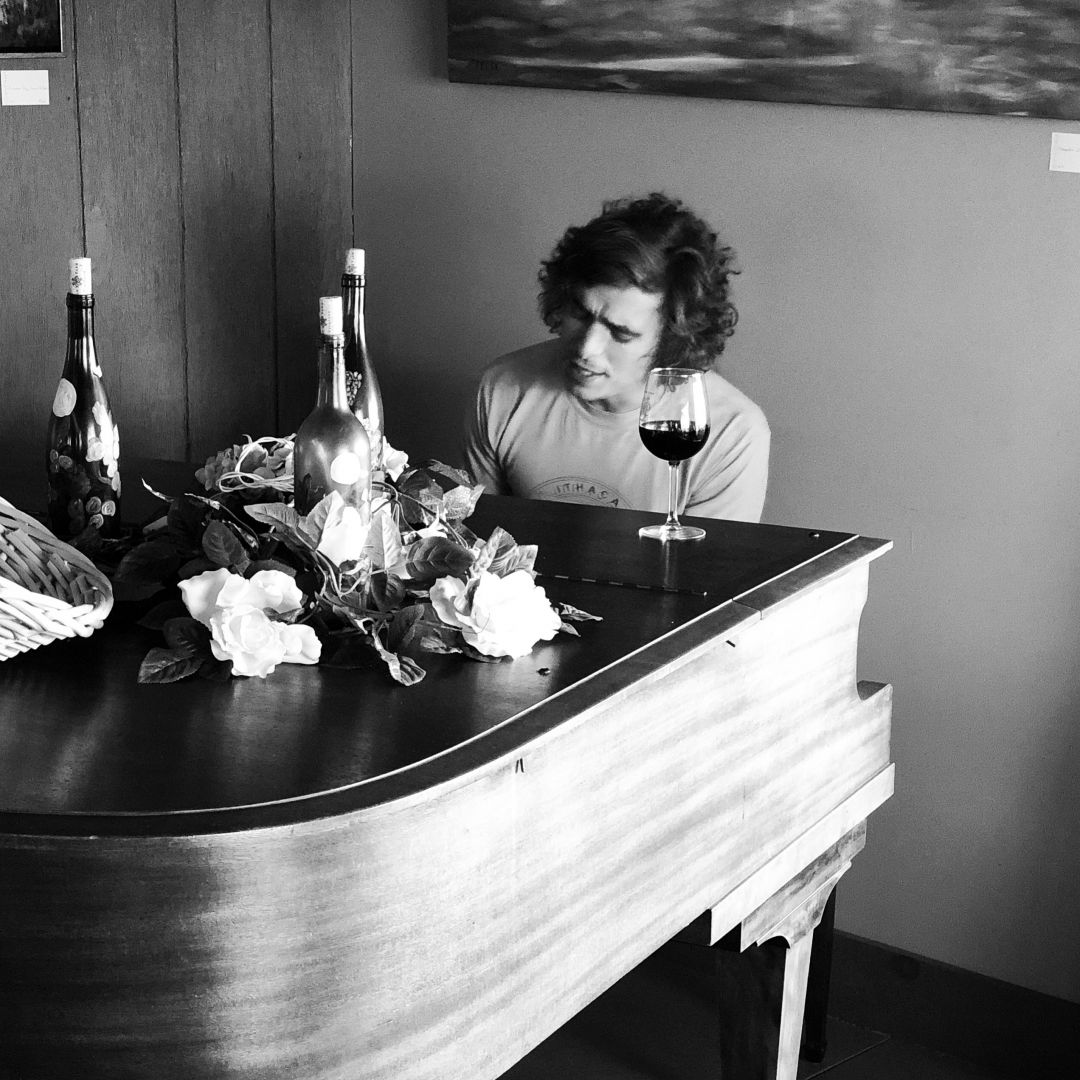 The Shoutout series is all about recognizing that our success and where we are in life is at least somewhat thanks to the efforts, support, mentorship, love and encouragement of others. So is there someone that you want to dedicate your shoutout to?
When I was in 2nd grade, we had a Disney cartoonist visit our class. He explained how cartoons are just like flip-books, and demonstrated some drawings. Then he asked us kids what we wanted him to draw. “Make it as crazy as you can,” he said, “I dare you.” So we gave him a whole, elephant-in-a-tutu-tiptoeing-on-a-tightrope-in-the-rain kinda thing, which obliged him. He then closed his eyes and began to draw. As the scene unfolded on the page, I was stunned when I noticed he hadn’t opened his eyes. He was literally tracing onto the page what he saw in his mind. It was absolutely thrilling. And thrilling to realize you can make anything in your mind real, whether it’s a picture, a story, a melody, anything. I don’t have a clue what his name was, but it goes to show you never know how much a little interaction could mean. That little moment was the big bang for me.